Matt Broadley interviews new Scottish based company: Garden. Have a read and see their first ever promo video below featuring Miles Kondracki, Daniel Nicholas, Rory Muirhead, George Horler and Cameron Lenton all documented within the EH postcode by Kieron Forbes. 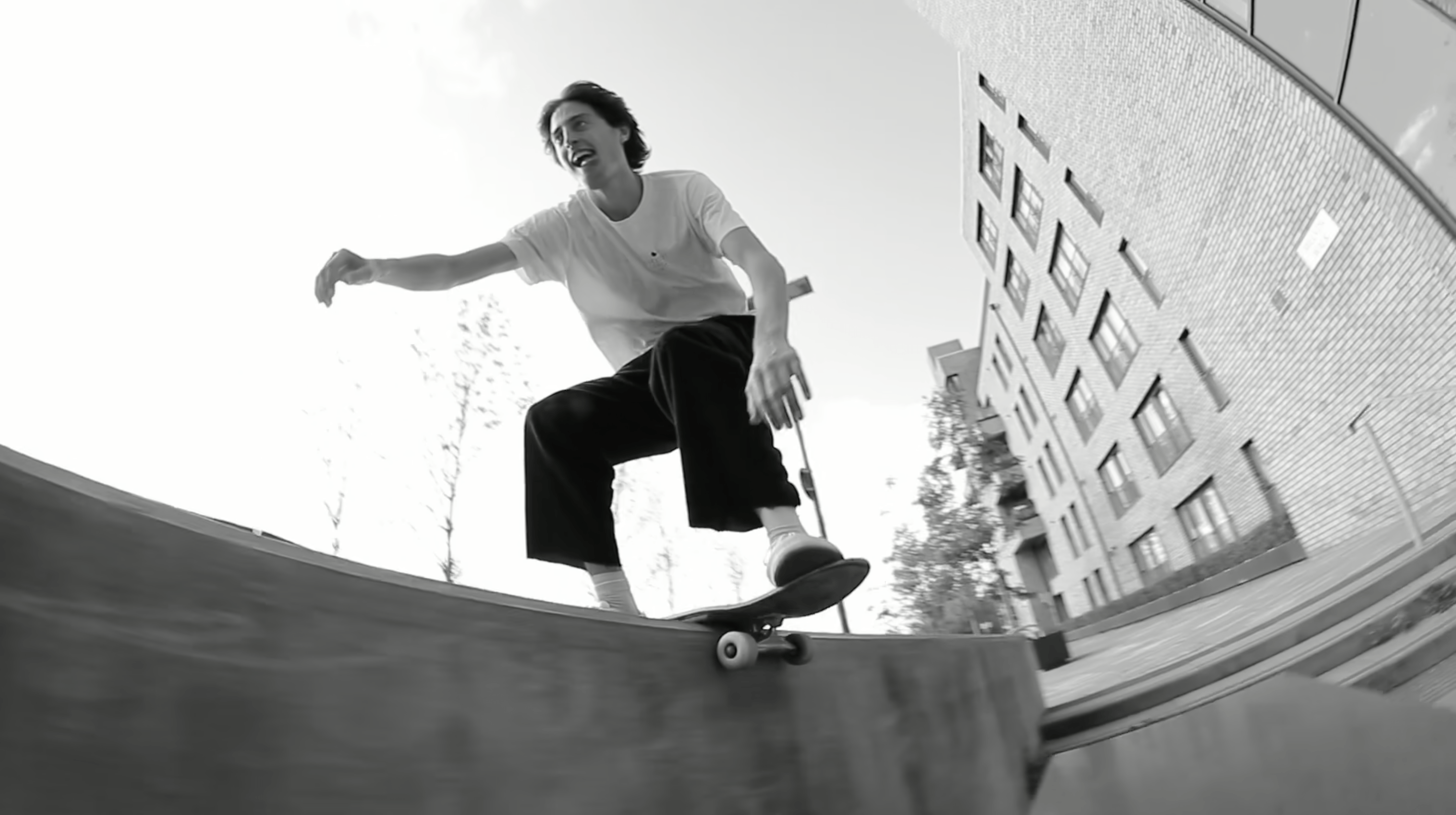 Matt Broadley: What made you want to start a board company?

Kieron Forbes: Ultimately to support my friends who are deserving of focus and admiration but personally to give myself a creative outlet.

I work full time as a graphic designer and more often than not I find myself mocking up board graphics or making things that don’t have a home that I pretend are for a client but are really for myself.

It is a question I ask myself a lot (What made you want to start a board company?); there seems to be this attitude that there are too many companies and the more that exist the more diluted the skateboard community will become, whilst I understand that opinion I think there is more than enough room for a different point of view.

I don’t think anyone would say there are too many films, paintings or photographs so why should skateboarding be any different.

The idea of anything happening for a skateboarder in Scotland, that doesn’t move away or doesn’t represent an already established stereotype is non existent. Having something that is established here but not definitively “Scottish” is important. 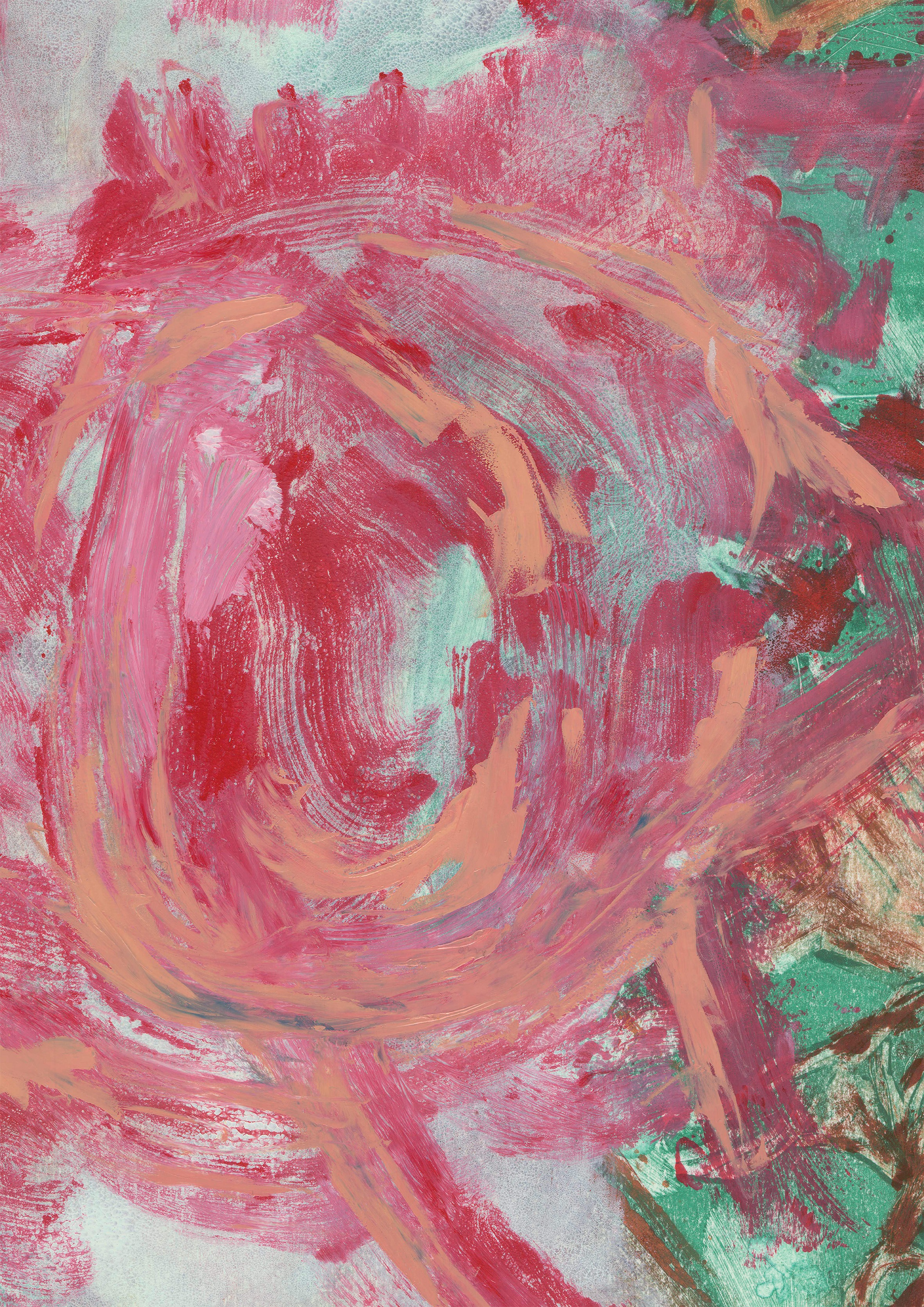 How much has the city of Edinburgh and the skate scene informed what you want to do with the company?

I moved here at a young age from Dundee and as a result had to become independent. Very quickly I knew the city well so when I fell into skateboarding I already knew Bristo square.

It is a common story but with out that central spot, without the friendships I forged there I wouldn’t be skateboarding still. Skateboarding and Bristo were an escape from an unsatisfactory home life. Living in what might be regarded as a “suburban area” the city felt like my own place, somewhere I had unlocked that I knew better than my parents or my friends at school.

The most obvious influence would be Bristo Square’s refurbishment. For everyone that skates here it was beginning to be taken for granted and only really appreciated properly once it was gone.

The Promo video addresses that, the intro is all new Bristo Square and the main section is purposefully spots that are not Bristo. Finding new spots and going back to old ones birthed the name More Information.

If you listen at the start you can here George say “I don’t know where to go” which has a double meaning, for a while we it felt like we didn’t really have anywhere to skate. 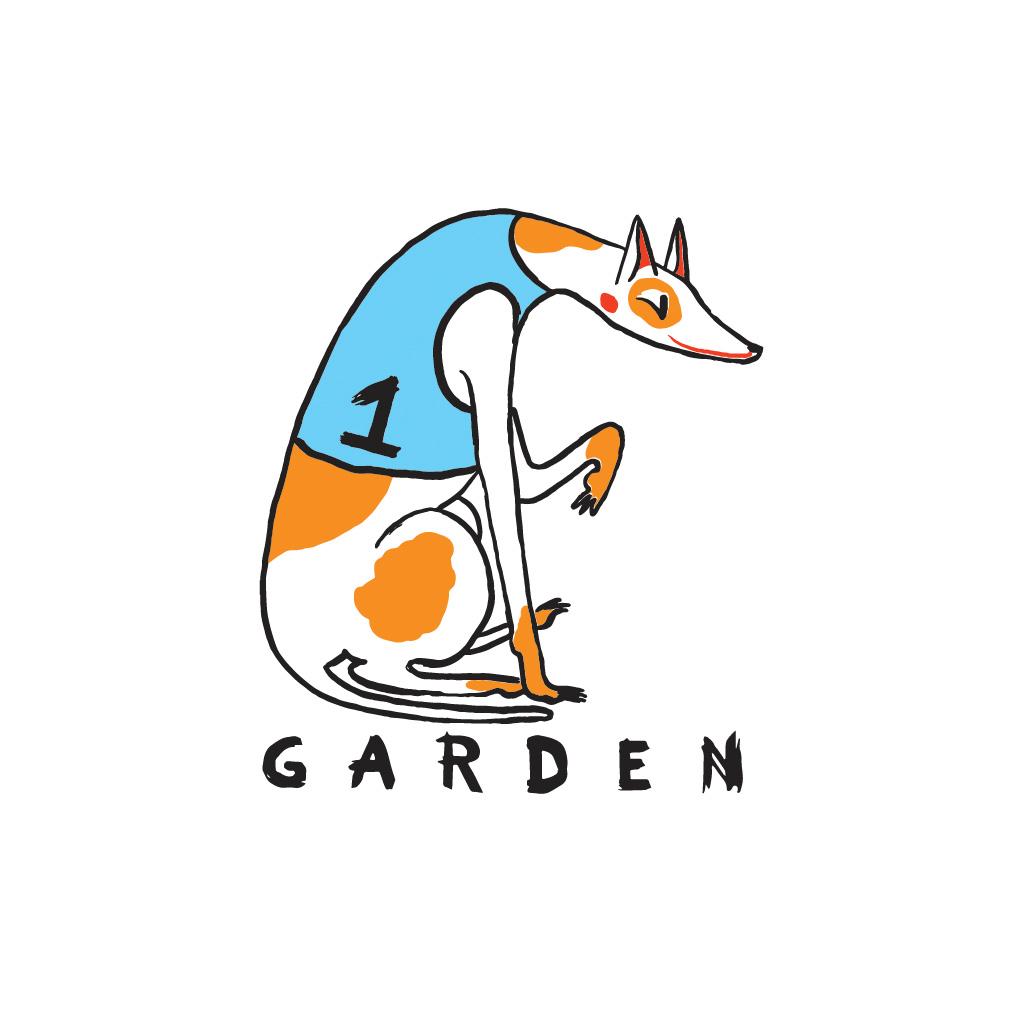 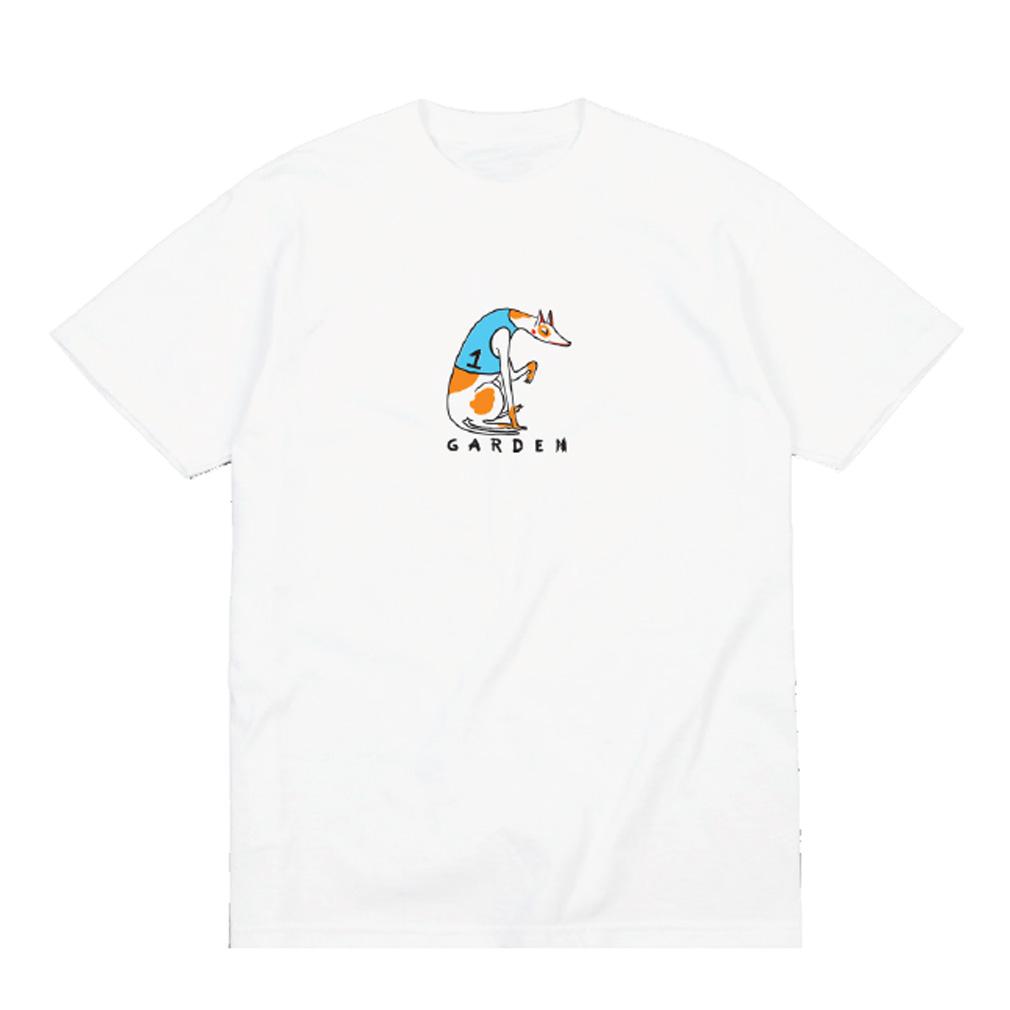 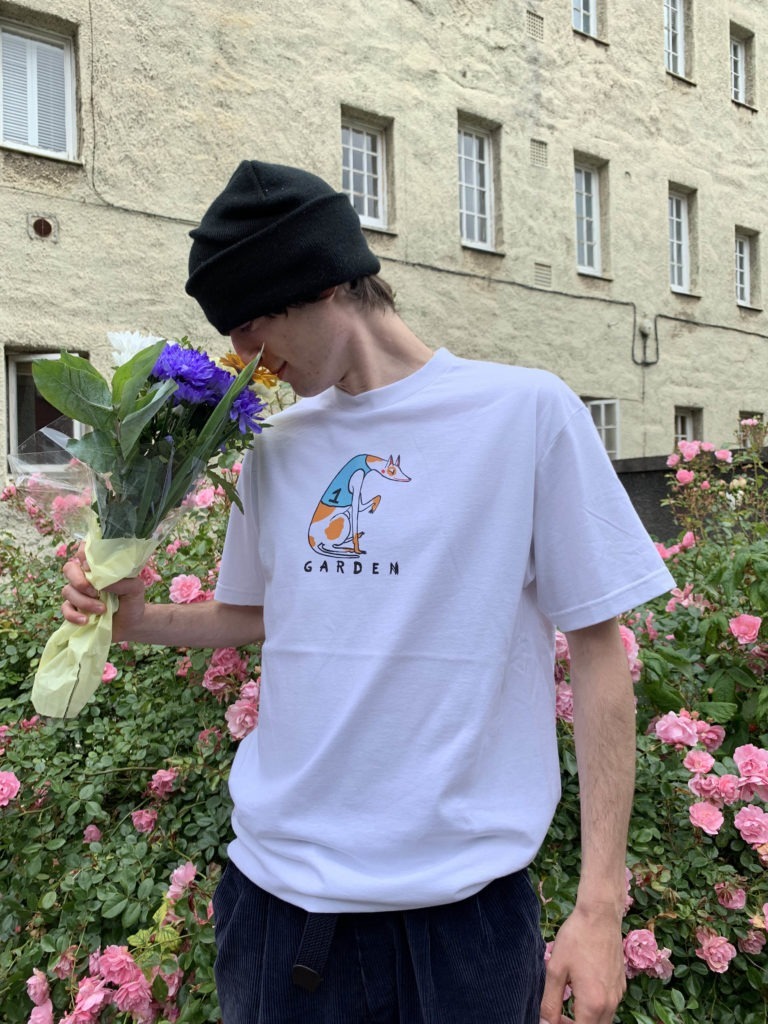 Where have you taken inspiration from in creating Garden? Whether it be from skateboarding or otherwise…

Pretty much anything, it’s hard to not sound pompous when talking about art but lots of different sources, My friends, inside jokes, music, books, films.

I recently went to Japan and that really opened up my eyes to considered design.

That’s probably the most white guy thing to say about going to Japan but it definitely is the attitude like a postage stamp is just as important as a billboard. Bruno Munari’s ‘Design as art’ is a must read book that talks about similar ideas.

Not inspiration so much but the idea that someone could discover art through skateboarding is exciting, I think the idea of buying and owning a piece of artwork is quite alien to a lot of people but a skateboard is an easy and relatively cheap way to have something beautiful in your home. 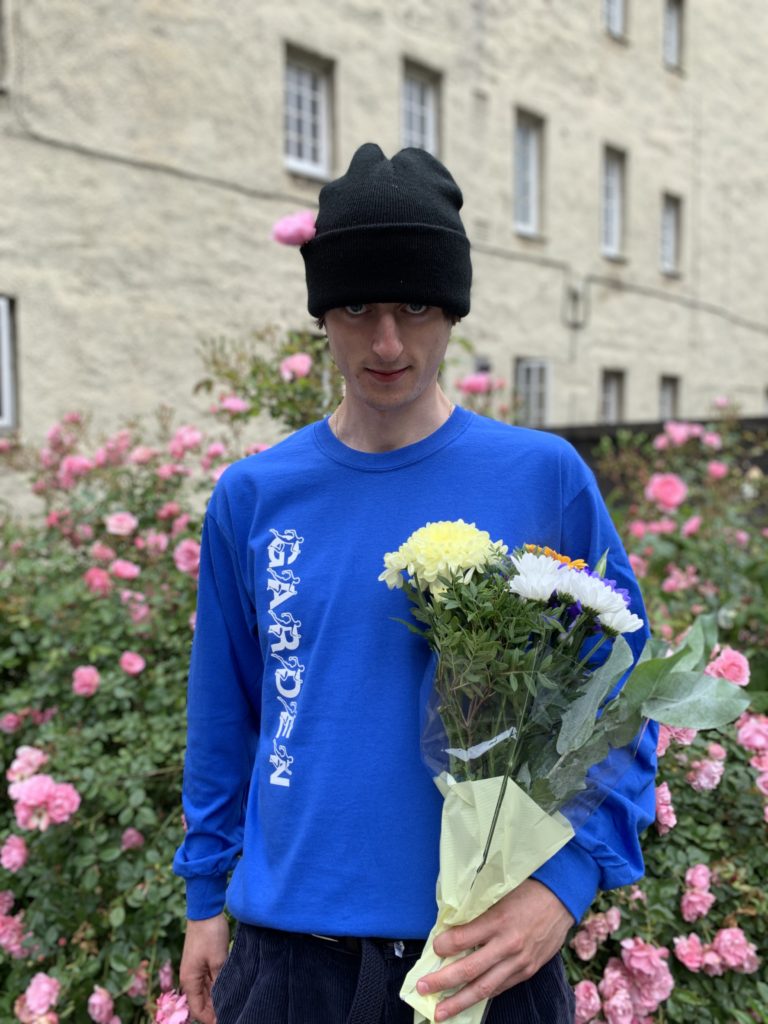 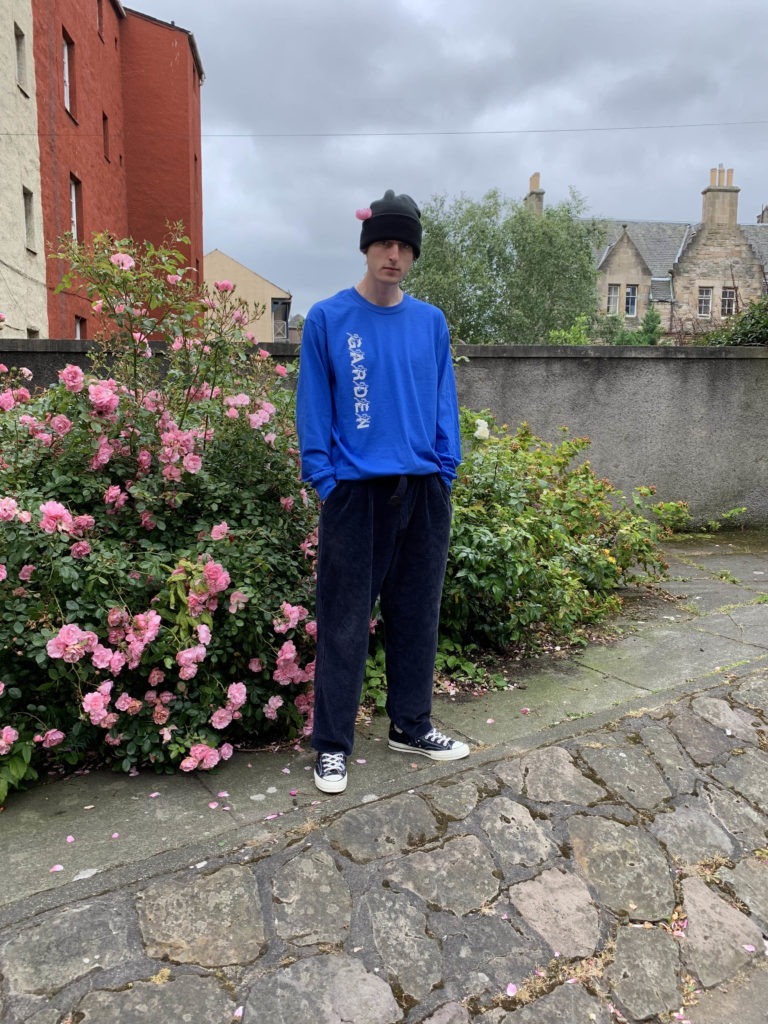 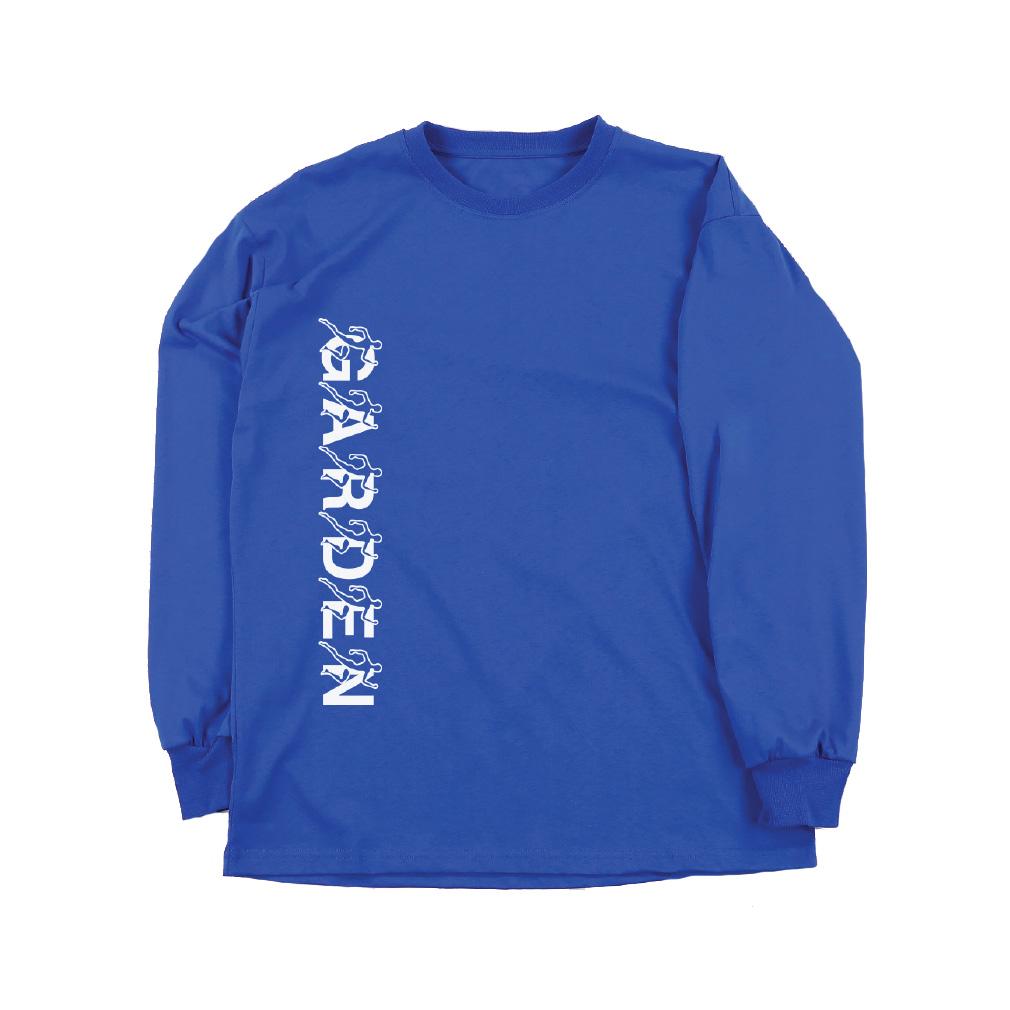 Your first boards feature some artist collaborations, why did you pick to work with these people in particular?

The aim is to offer a platform and continually work with artists for all our board graphics.

Of the three Harry Whitelock is a friend and the only skateboarder. It was an obvious choice after seeing his work (large abstract figurative pieces in various mediums but most often oil paint) it’s not a style that is often seen in skateboarding and the scale of his paintings meant we could be non specific with the composition and create almost a new piece from his existing one.

Jack Fletcher has such obvious Japanese influences in his work therefore I was a fan from the first time I saw a magazine cover he had done (Vanguards magazine).

Character driven stuff is always going to look good on a board, that is a firmly established theme, so it was a case of discussing aspects of his work I really liked and tailoring a graphic that we were both happy with.

Elliot Snowman I came across on instagram and was stoked on how he was doing this tattoo style but with disjointed anatomy, a disregard for what makes sense. Granted we went with something that is a little bit easier to understand but we ended up with me putting together a graphic that echoes something from the eighties or even a toy board graphic. 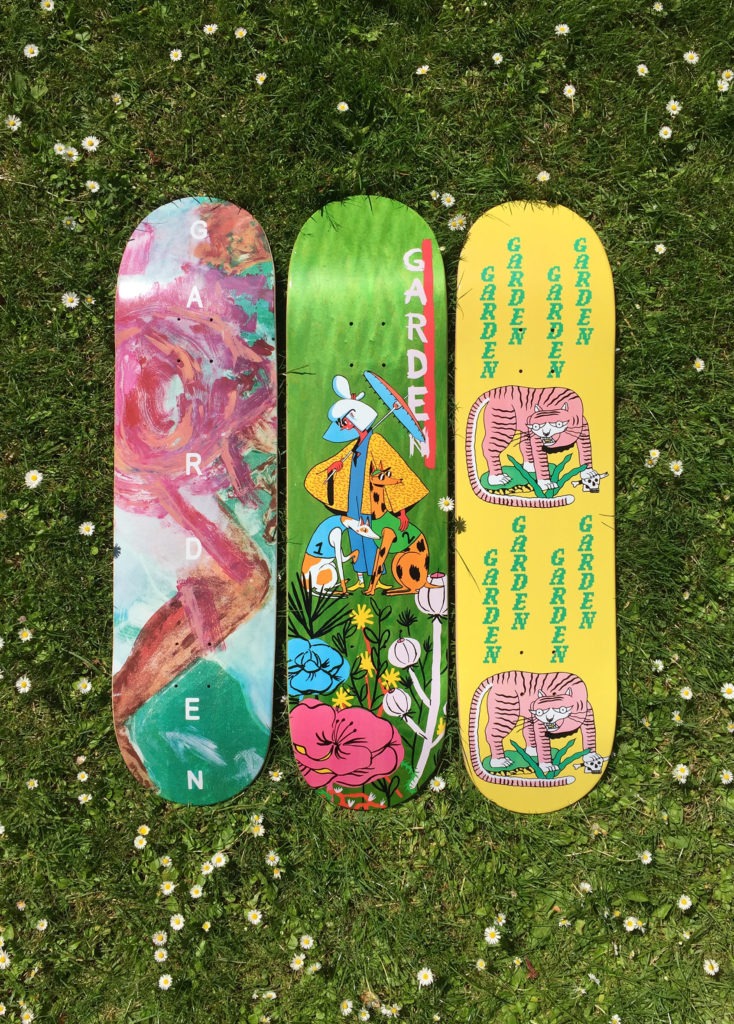 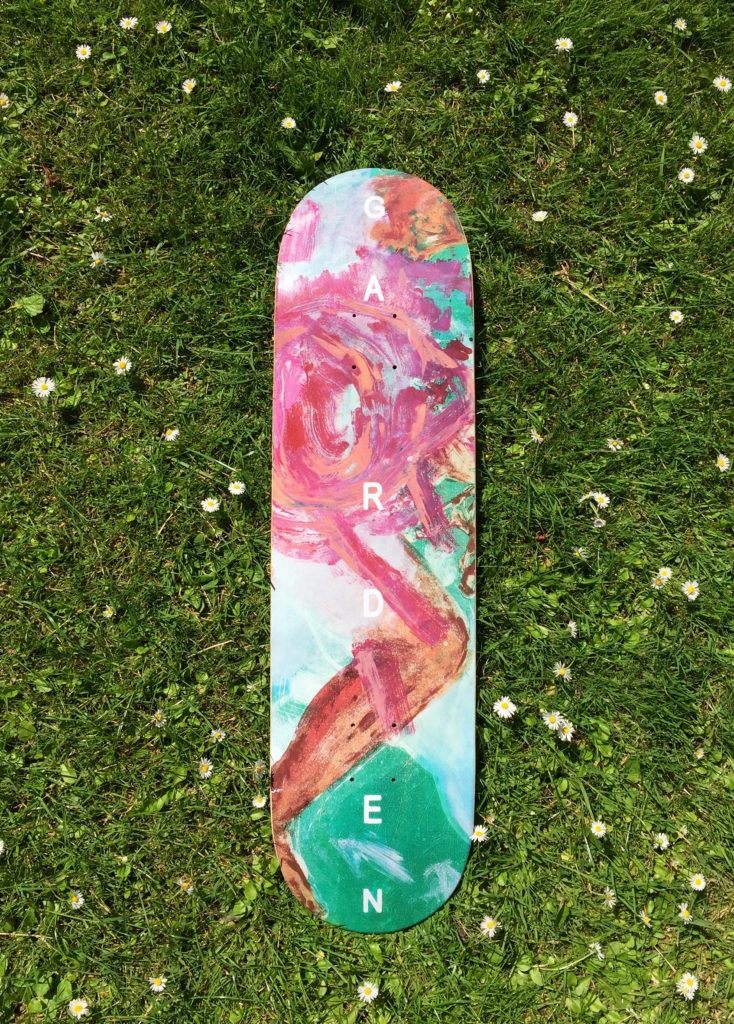 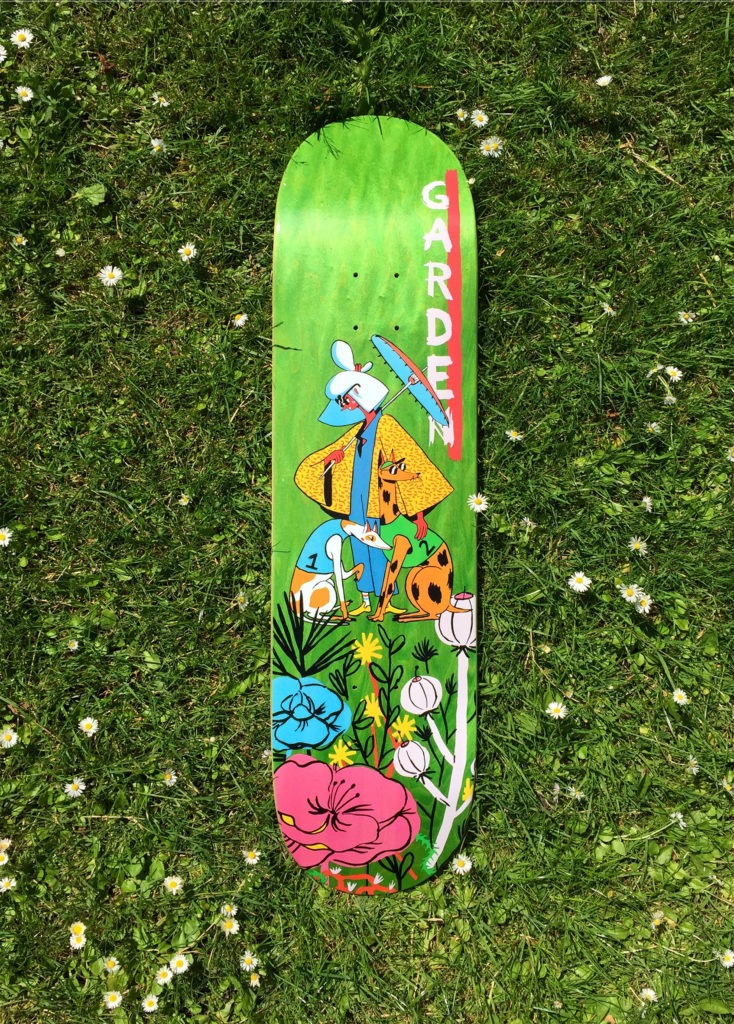 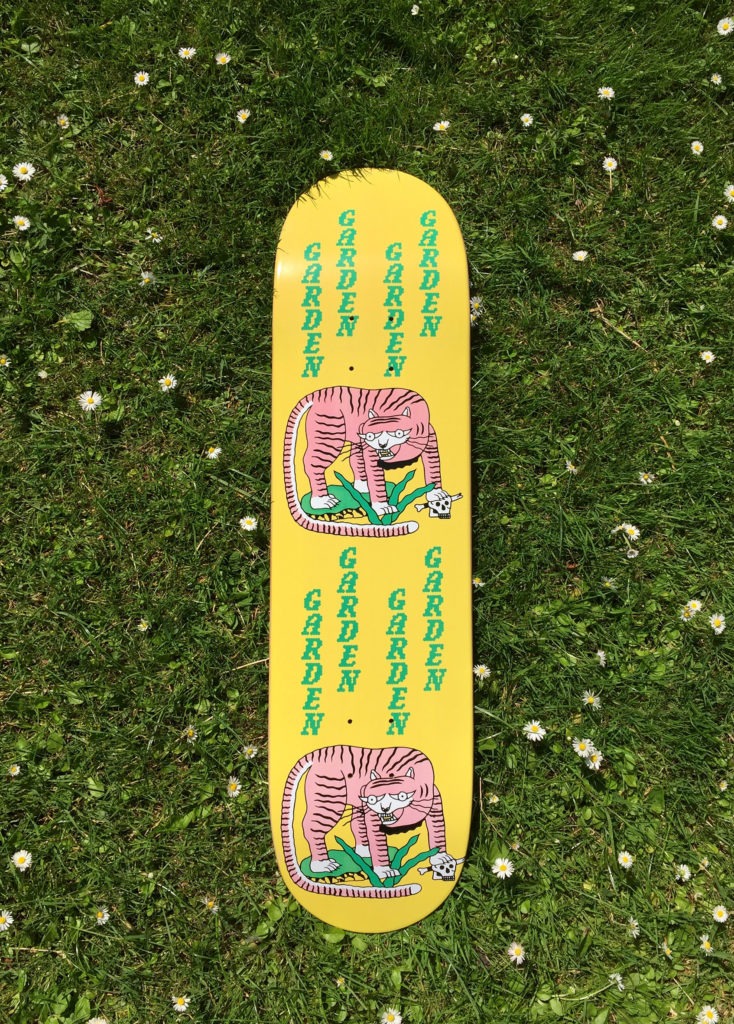 Who decides the art direction? Do you have an overarching theme you’re wanting to communicate?

Ultimately I am a one man band so I am the art director, business manager, warehouse manager, filmer etc etc Miles has taken on team managing responsibilities and Kyle Bremner has given a lot of time and good advice.

The common thread in this first offering is the colour pallette if you look at the three graphics side by side you can see matching tones. The aim is to continue this in each drop; find a common theme amongst the artwork. 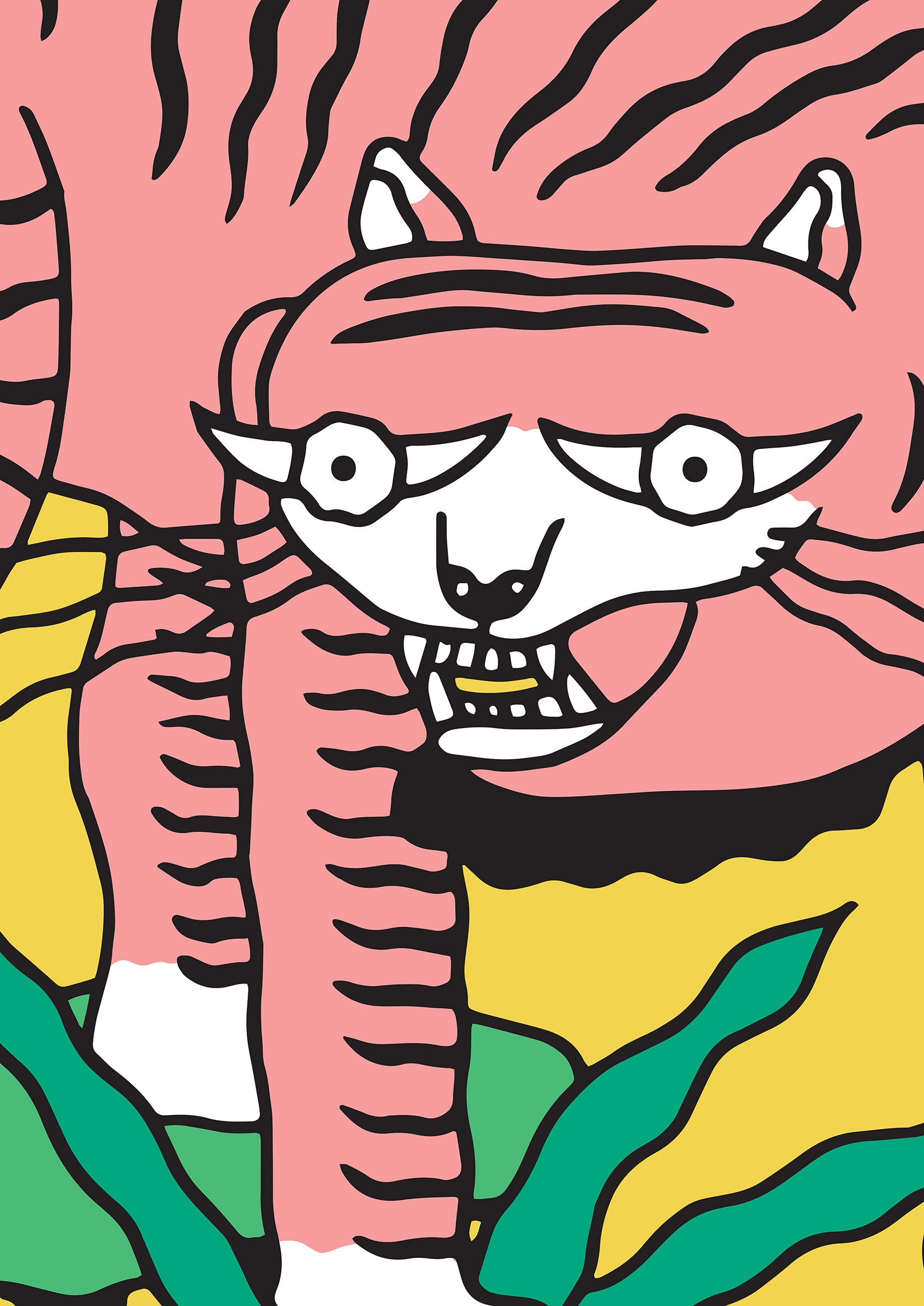 Can you tell us a bit about each of the guys on the team?

Miles Kondracki has pretty much been the driving force behind this and has kept me going when I might have stopped, he is from Edinburgh and grew up skating Bristo. He’s incredibly focused when it comes to filming we would be out at one or two in the morning on more than one occasion. Considers every trick and may win T.M of the year 2019.

Daniel Nicholas is another Edinburgh local who grew up skating Bristo incredibly capable, been a bit plagued by injury this year but still able to skate better than most people I know.

George Horler is our secret Englishman, even though he was born in the U.S and is actually called Stephen. Incredible energy and willingness to get things done hits you with messages when you’re in your bed about tricks he wants to do.

Rory Muirhead is from a small town in the borders but lives in Glasgow, is a joiner and is probably everyone’s favourite.

Cameron Lenton is from Aberdeen. A man of few words, has an excellent moustache and is by far the coolest person I know. 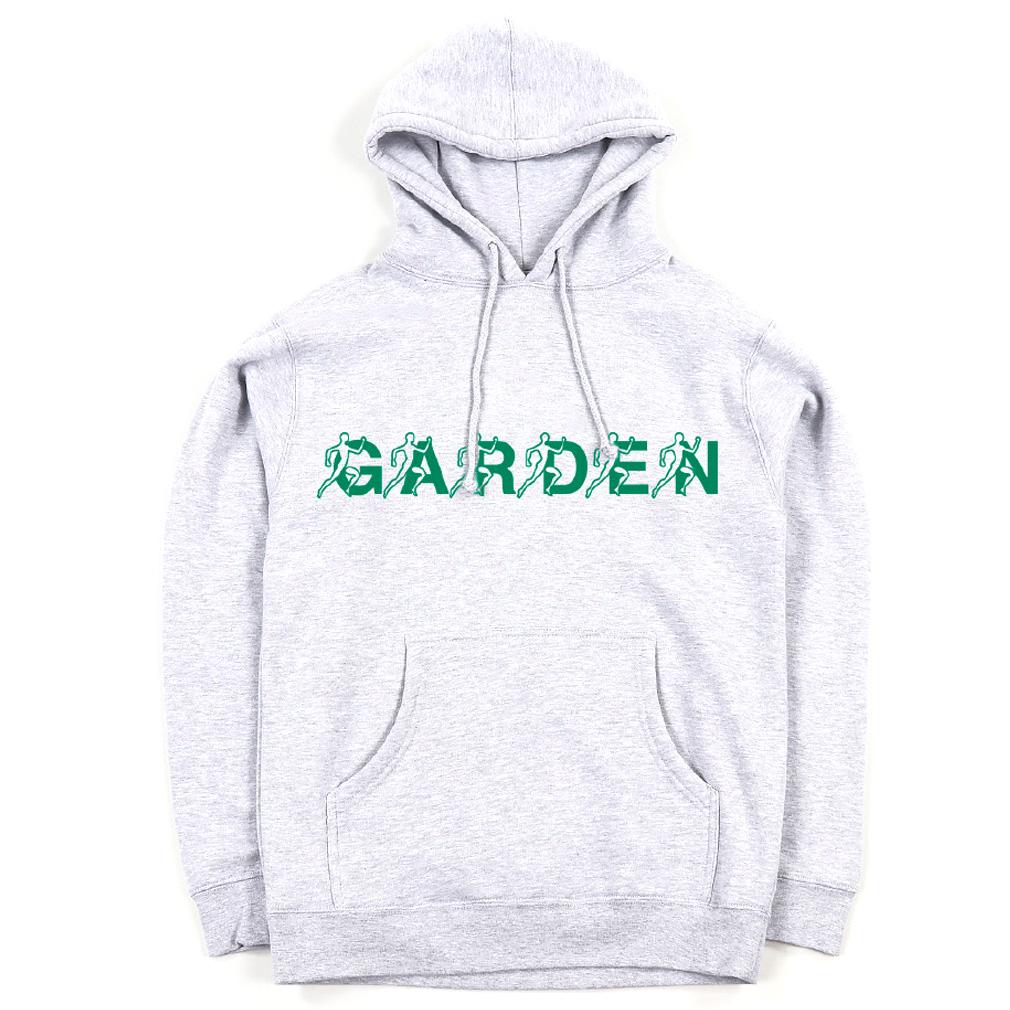 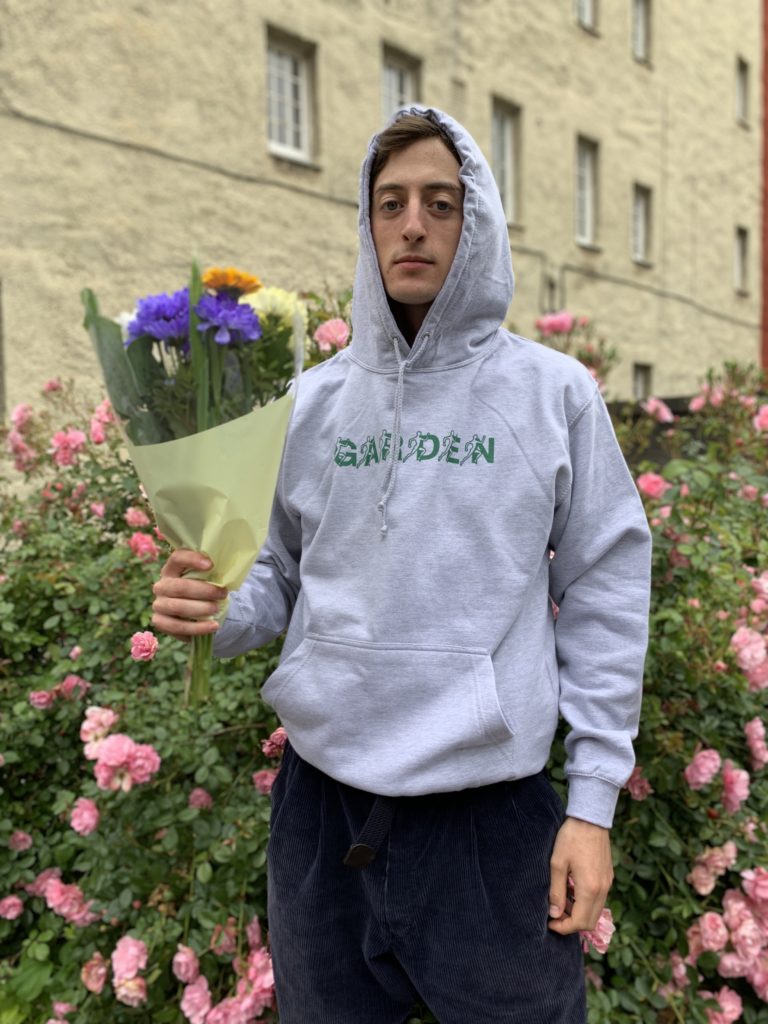 How was the video premiere at Focus? Can you talk a bit about how important the shop is for the local scene?

The turnout was wild, people came from all over. Scotland’s scene is pretty tight and most people know one another so the feeling of community was pretty full on.

A few people were talking about how things like this rarely happen here so it was rad for everyone to be in the same place.

The video went down well had to play it twice as we were squeezing so many people into the shop, I had to give Dunder a private viewing since he slept in. 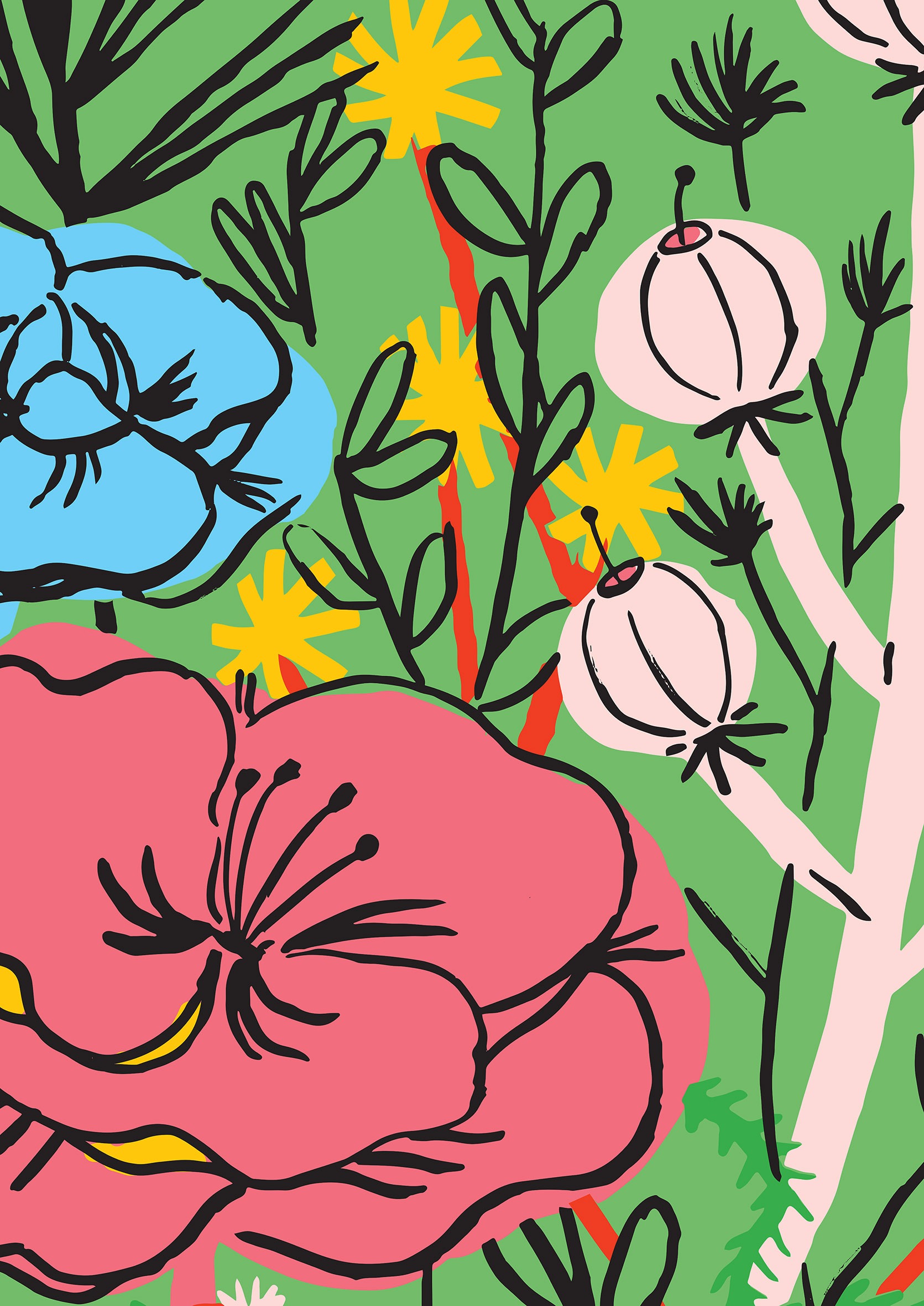 Focus has been hugely important in Edinburgh and in Scotland for almost twenty years now, again the same sort of story as many people, a home from home and a support network for those that need it.

What Sibs & Gillian (Roberts), Graham Tait and Albie Clark have done and continue to do for me personally but most importantly skateboarding in Scotland is immeasurable.

Having a shop you know will do you a favour or point you in the right direction is vital and for so many people that doesn’t exist. It was a real shame to see Pyramid in Glasgow close this year. Dave and Perry were doing a great thing and I respect them for going at it as long as they did. 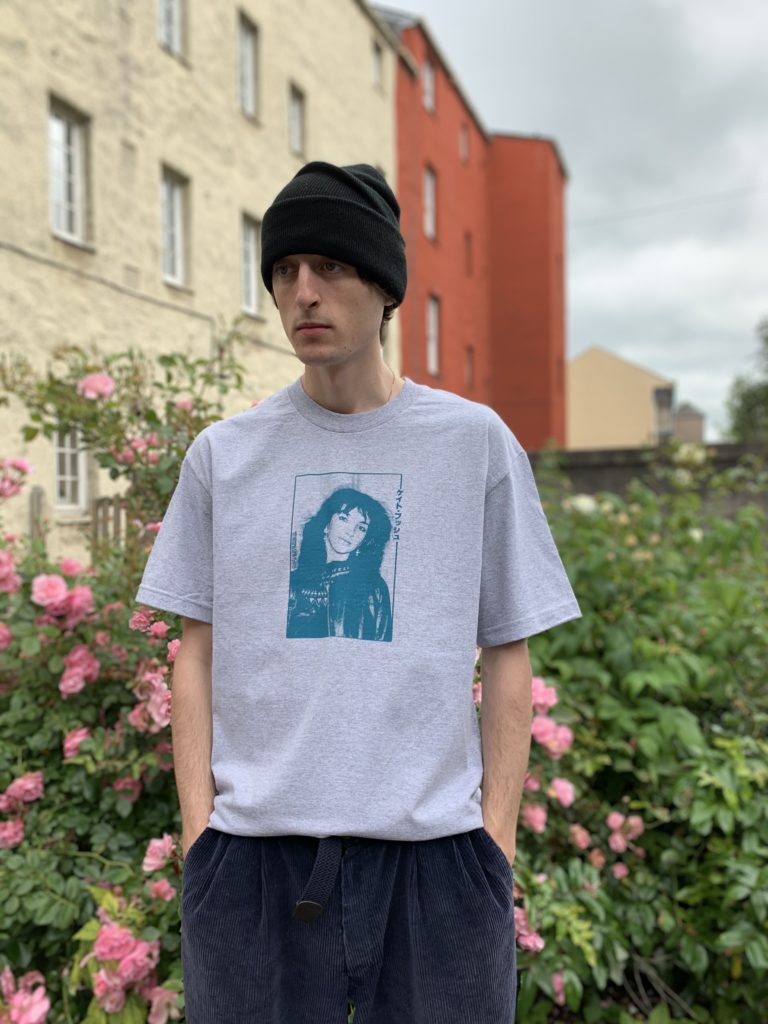 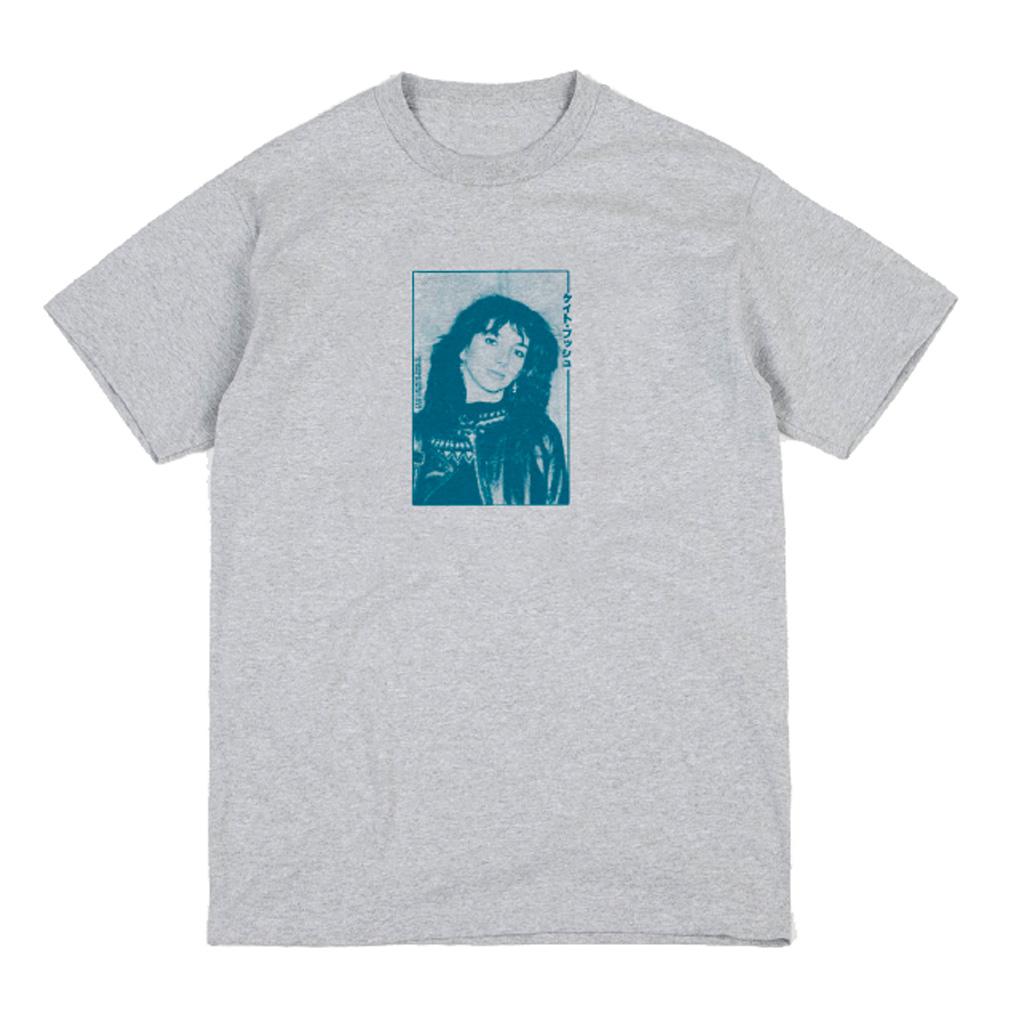 What are your plans for the future with Garden?

Continue working with artists to make new graphics, develop the brand as best we can in the hope to support the team we have. Develop into something that can be consistent and respected.

We want to keep content consistent and put out as much as we can over the rest of the year.

So begin filming again focusing on George Horler who’s keen to put out a full part. As well as trip out the country at the end of summer. 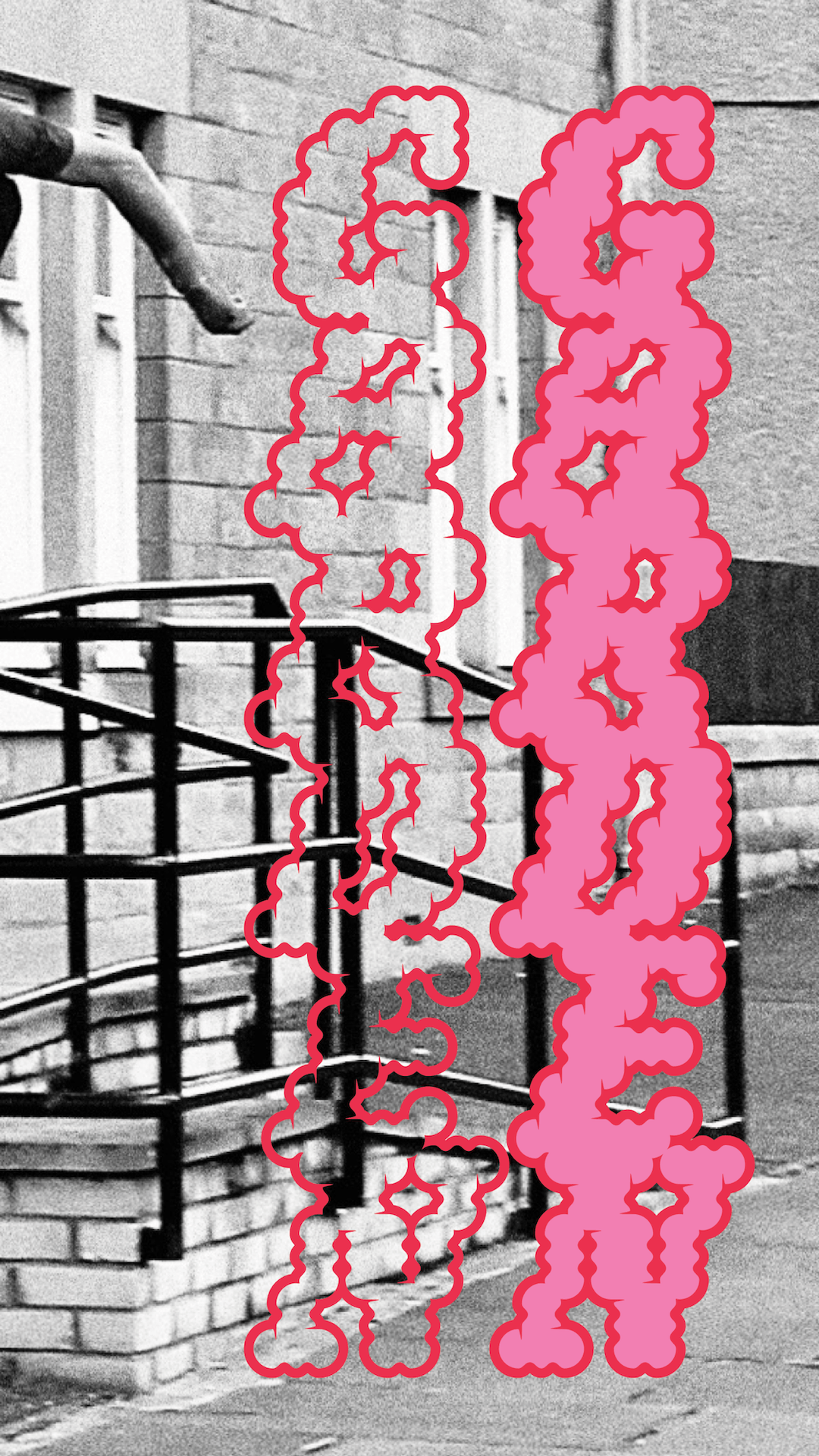 Filmed and Edited by: Kieron Forbes

Lios Mor: A video by fellow Cumbrian Alex Appleby who moved from Leeds to Glasgow in 2017. Since residing in Glasgow Alex has been filming constantly and has managed to produce a 10 minute belter of the video!