Delirium invite Yeelen Moens, Jeroen Bruggeman, Jonathan Vlerick, Timothy De Conynck, Arthur Bultinck and Vincenzo Colameo to skate their infamous Huyghe Brewery in Melle, Belgium. Somehow they were granted permission to shred everything in sight and then rewarded with some delicious Delirium beer courtesy of the Pink Elephant. Big thanks to Delirium and everyone involved. It was filmed by Willem Vleugels, Harry Billiet and Jan Crommelinck. Watch ‘DELIRIOUS’ below and read an interview with Dominique de Vreese who tells us more about how this all came about. 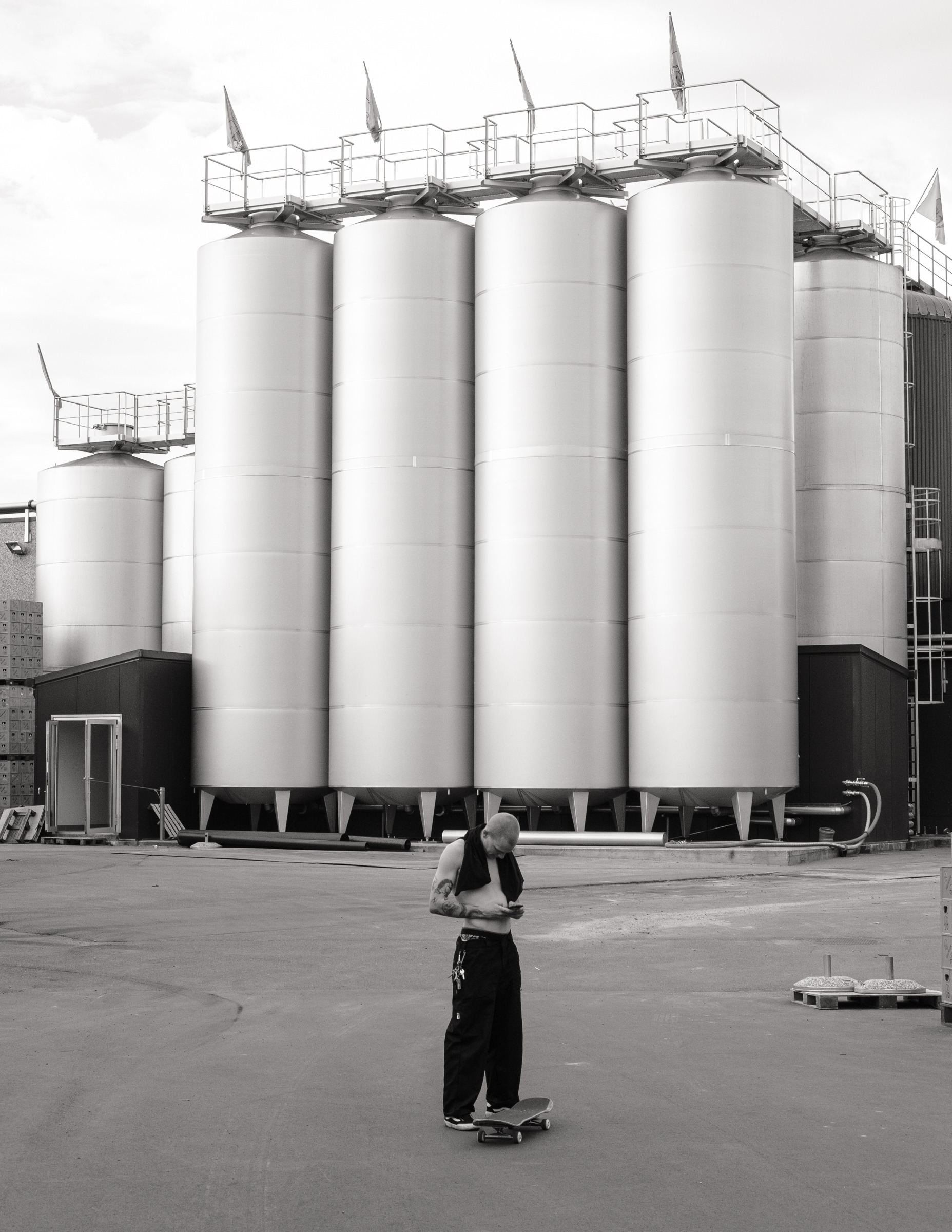 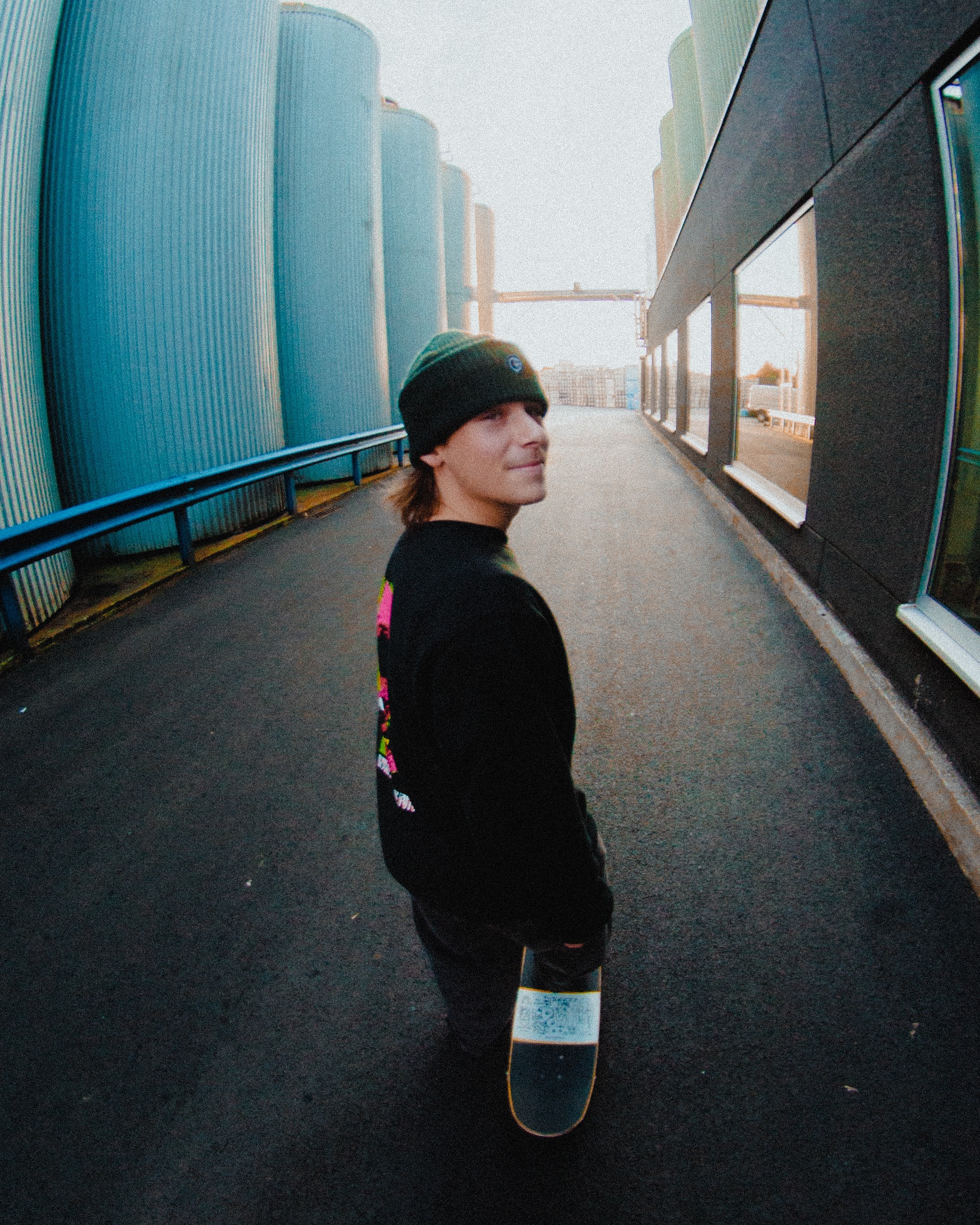 Delirium is certainly one of the finest breweries in Europe if not the World, were you guys familiar with them before this project came about?

Yes we were, the brewery is located just around the corner in Melle, same town I live in. There is also a DIY spot which is really near the brewery so we passed the brewery many times going to that spot with the team. It’s a 100 year old building which is painted blue with huge Pink Elephants. You can’t miss it. Next to this, you see the Pink Elephant everywhere… almost at every bar, and we have many bars and cafe’s out here in Belgium. 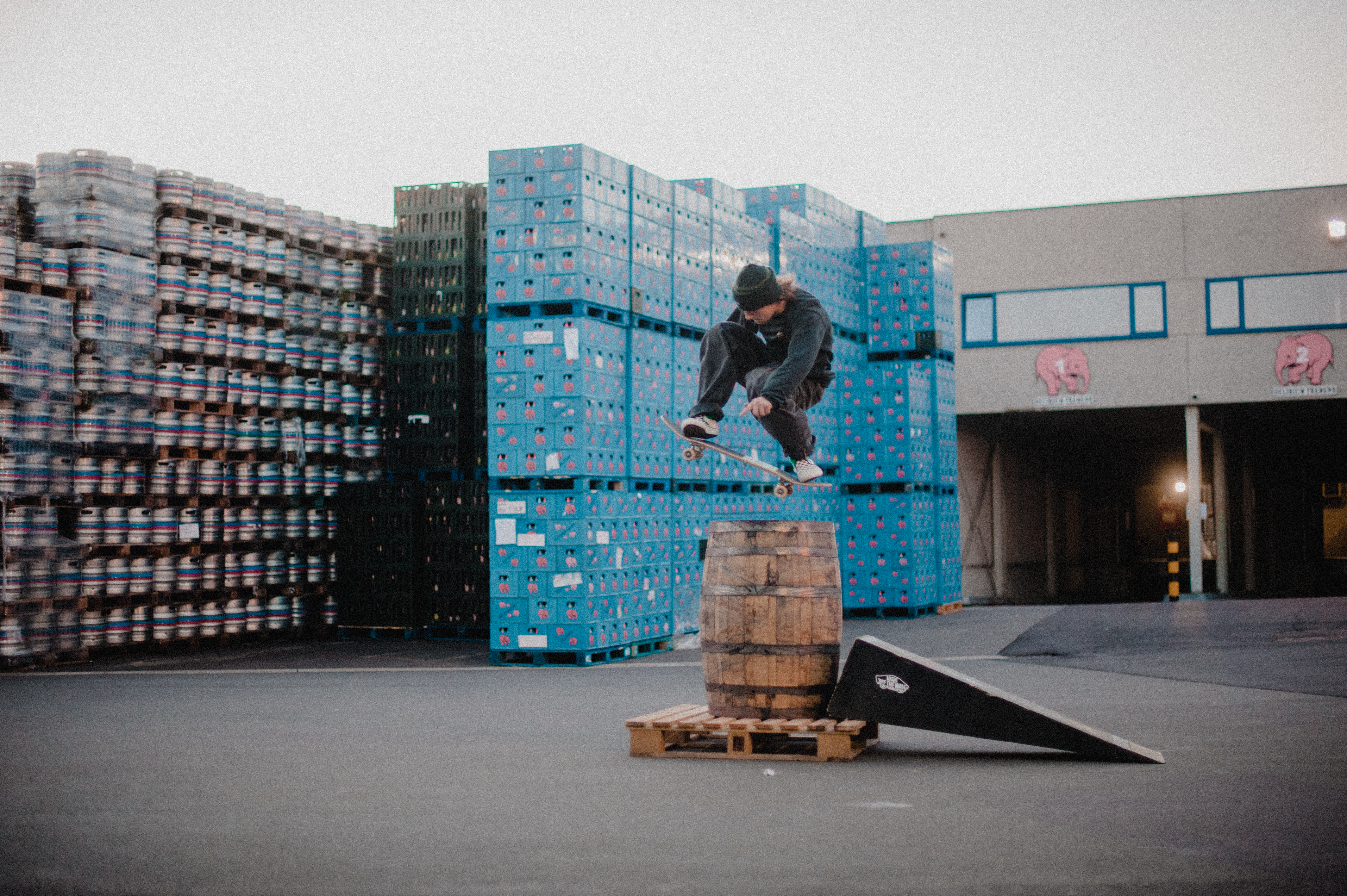 How was it skating a brewery? It looked so spacious and smooth.

Skating in a brewery is cool, it was something new, we loved it. The boys were really creative, especially Yeelen (Moens) with his crazy lines using all the elements the brewery has to offer. The Pink Elephant was so friendly and chill that he just let us do whatever we liked such as driving forklifts and skating whatever we wanted to skate. We had a great time getting served the freshest drinks all the time too, never thirsty! It was the best ever! It also turns out that the boss was a skateboarder back in the days, he just picked a board and started rolling around with the crew. 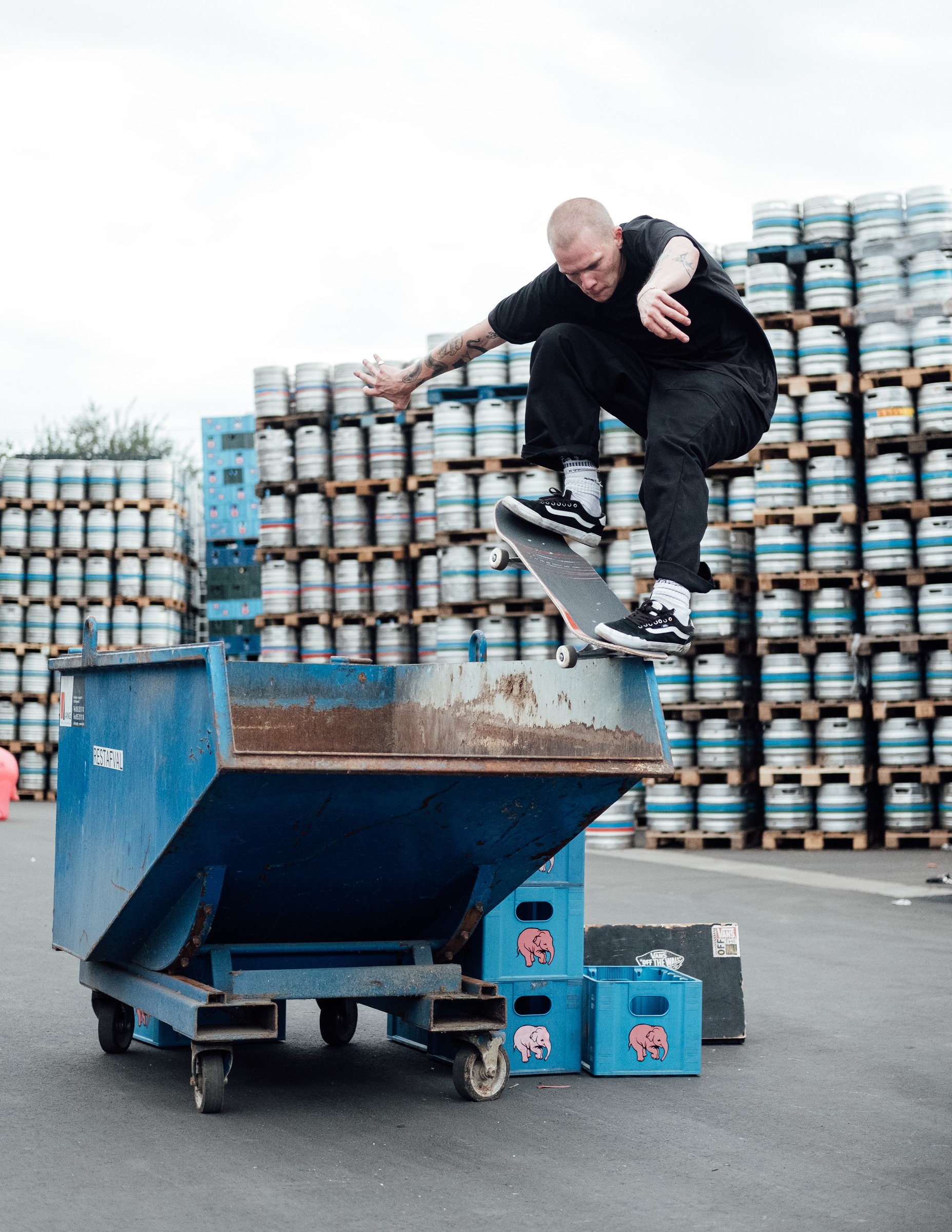 How did you manage to make this all happen?

We were planning to partner up with a beer brand and organise a barrel battle in a brewery, but Covid-19 and lockdowns changed our plans and we just started skating in the brewery. It was the only place we could hide and skate to keep the team together. The setting was unique, the vibe was good and the stoke was high so we started filming and DELIRIOUS came out of it. 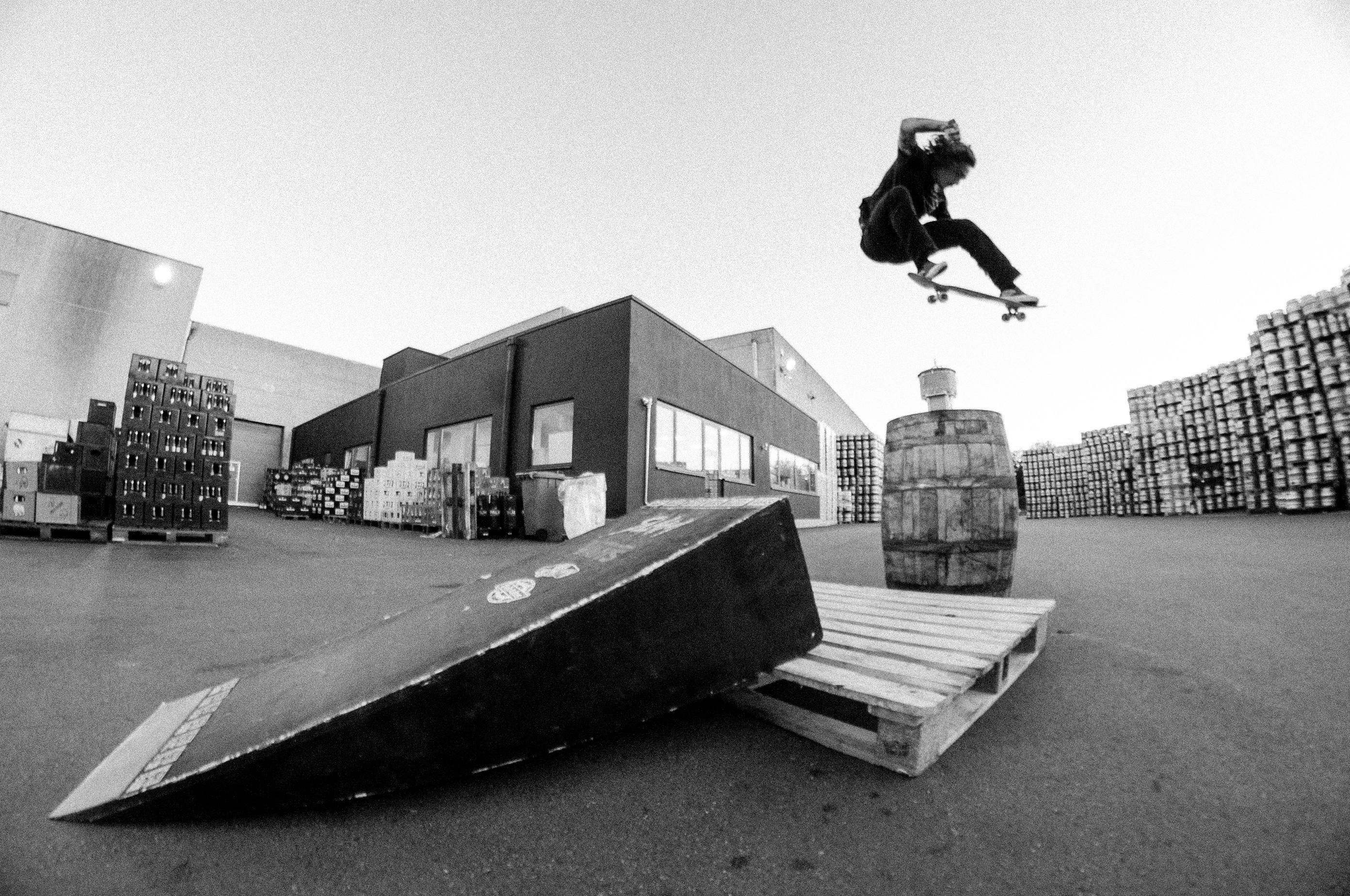 Were there any health and safety issues? If so how did you get past all of this?

Just wearing our mask when not skating or when people around. Actually we were pretty isolated skating inside the factory walls. It was only our crew, filmer, photographer and 1 or 2 guys from the brewery to keep an eye on us and serving drinks. 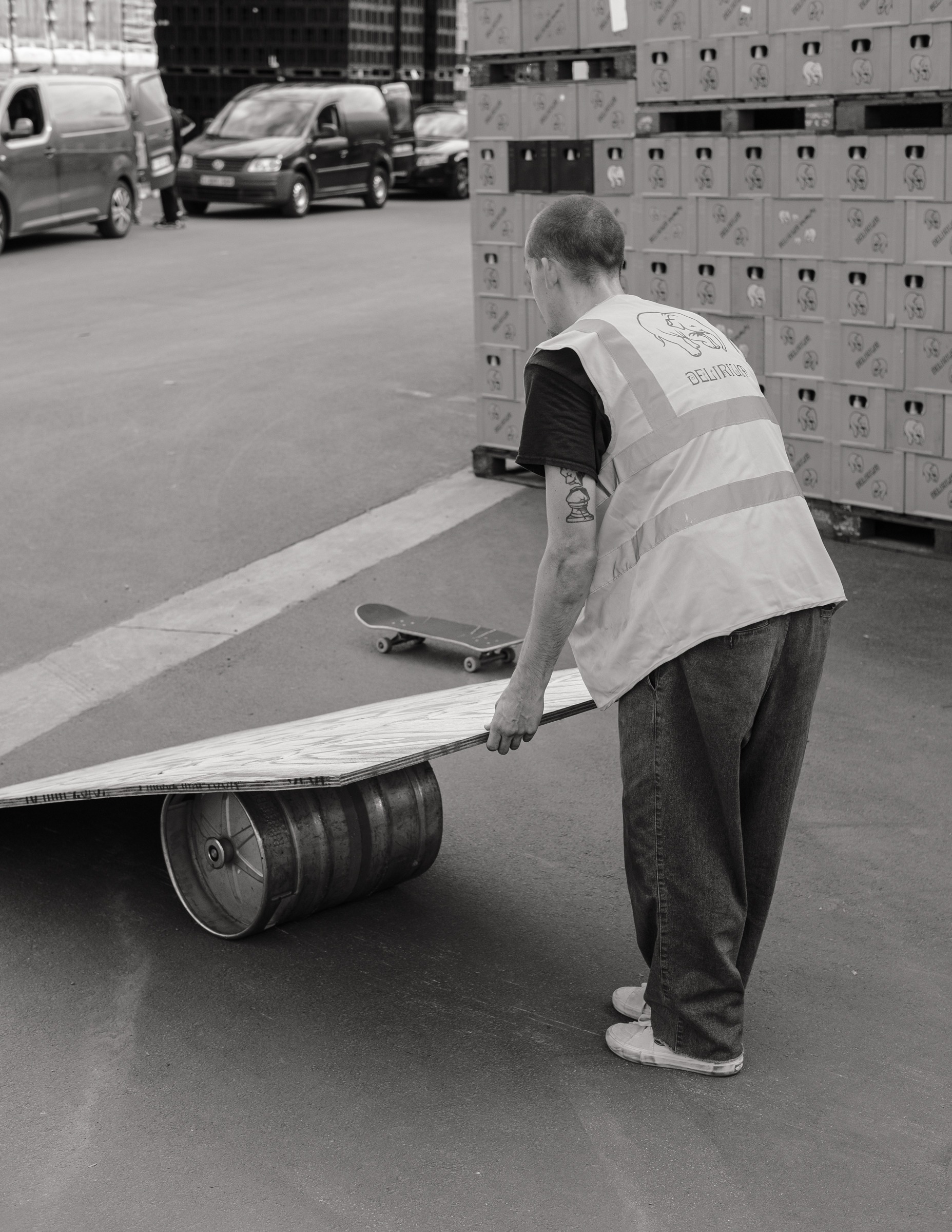 Was beer on flow for the sessions? If so what was your favourite tipple?

When filming in beer paradise yes of course there was beer on flow. The brewery has 29 different beers and there’s an old museum inside the brewery as well, they gave us a complete guided tour of the whole brewery and tasting. From the moment you step into the blue Delirium building, you enter the world of the Pink Elephant. We were welcomed by experienced guides who immersed us in the history of the brewery and the production processes of the beer. At the end of the tour, a delicious tasting awaits and the Pink Elephant reveals all it’s secrets, it was a unique experience for all of us. 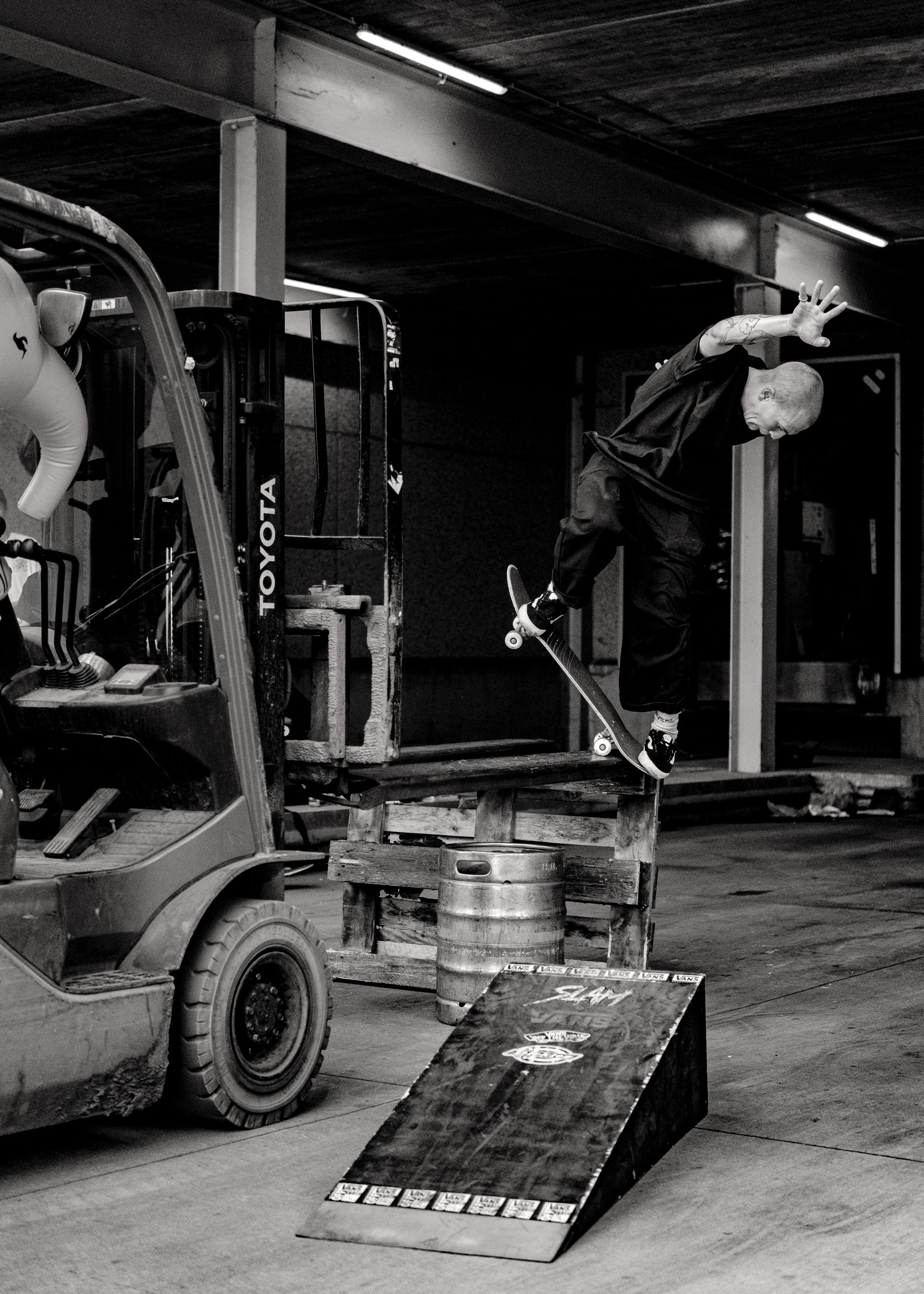 You actually don’t see the difference. It’s was superwarm the days we filmed and everybody was killing it, so nobody was really getting drunk or anything like that. As skaters are the most beer consuming athletes out there, they can handle a few beers without getting tipsy. But when the session was over, that’s a different story haha. 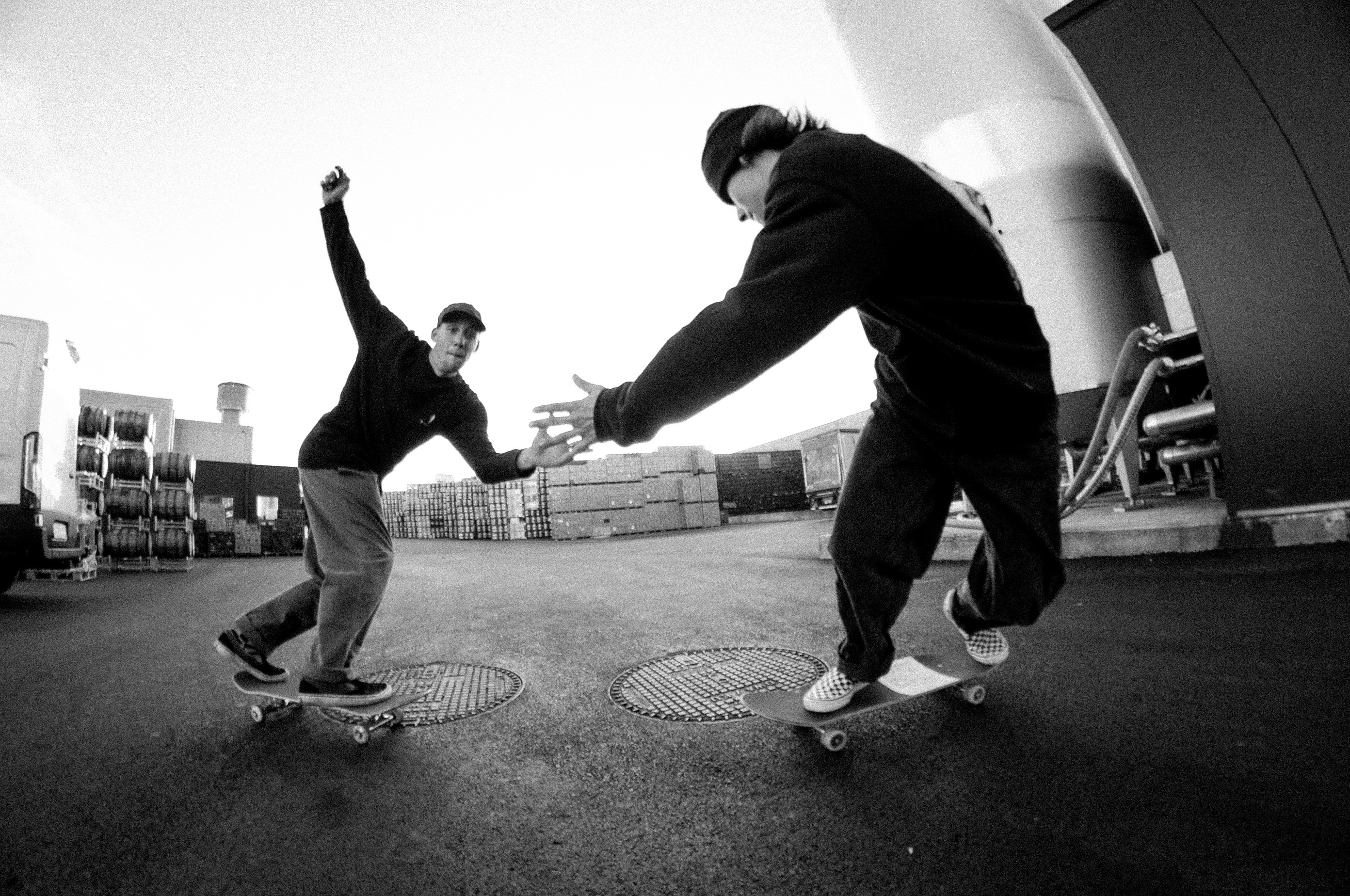 It looked pretty dangerous skating some of the obstacles the brewery had to offer including a forklift truck, loads of heavy barrels, delivery trucks and the Pink Elephant. Did everything go smoothly?

Nobody got hurt. We had luck I guess, maybe thats because the vibe was so chill. No pressure, just skate and having fun and film it. 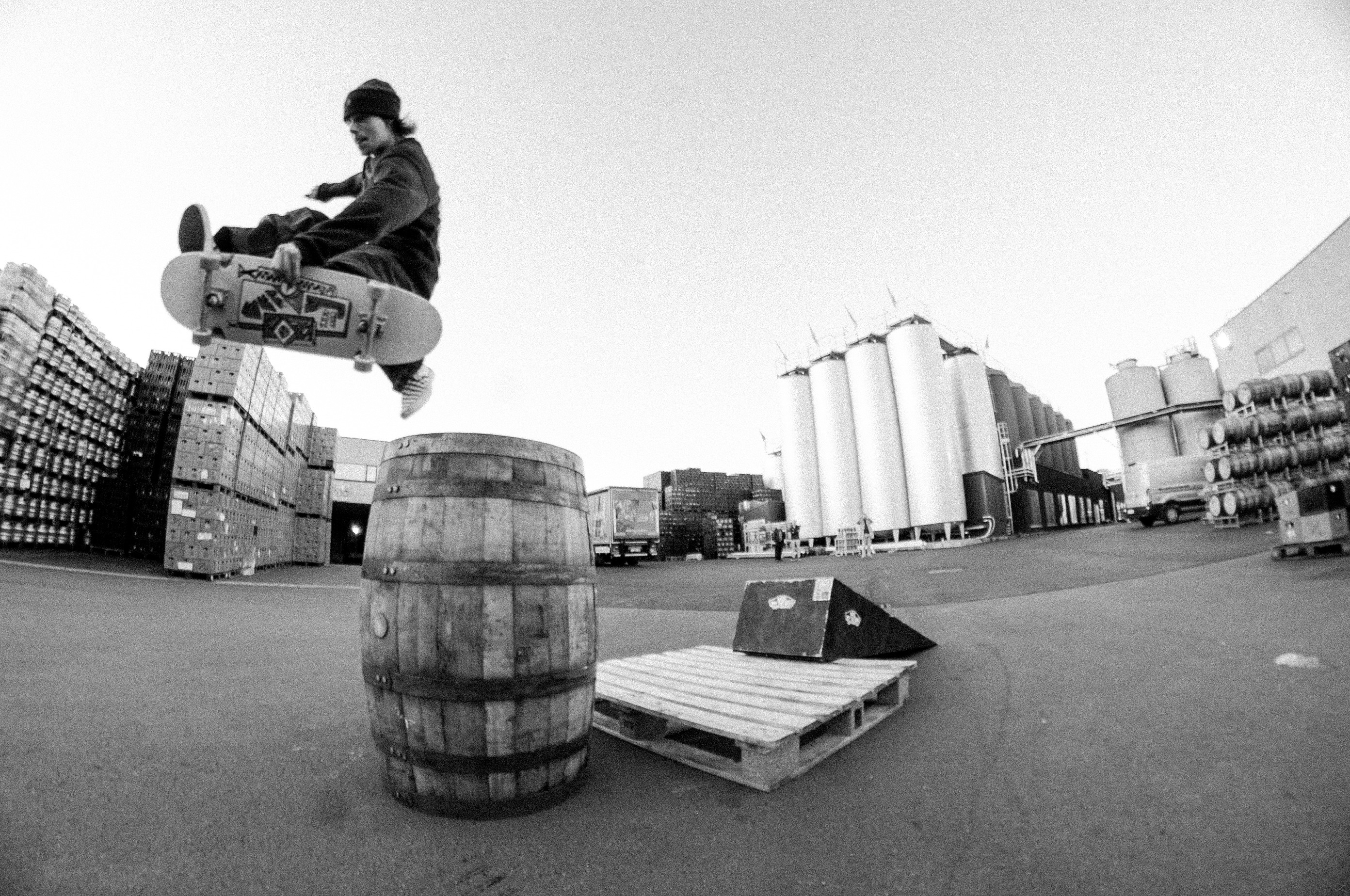 Is there a Delirium beer collaboration on the cards in the future?

For the moment I really dont know, but we are definitely down for it! 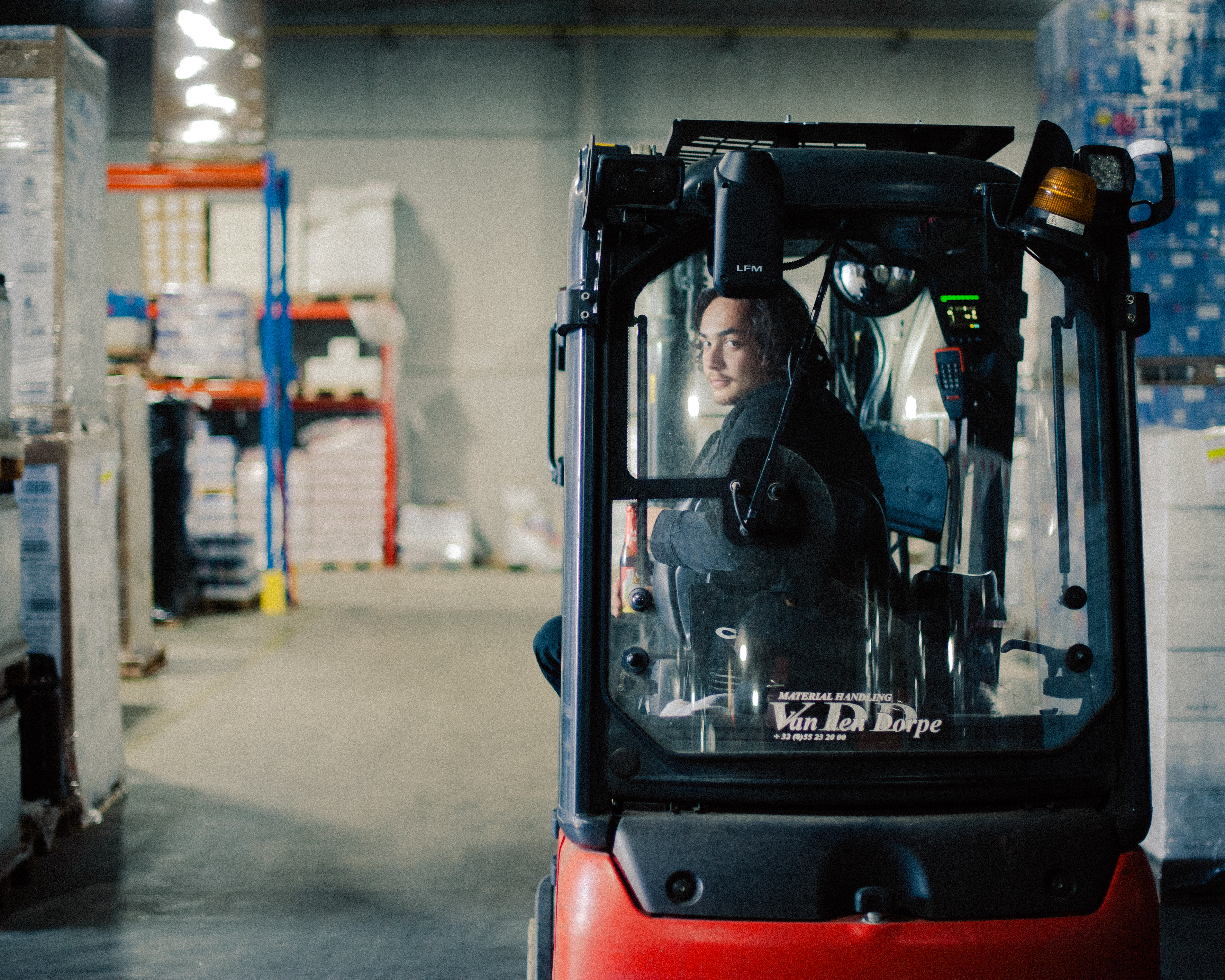 Do you think you will work with any other breweries in the future or are you now hypnotised by the Pink Elephant?

Maybe we do. Collabs with beer are always good fun, it motivates the team haha. There are a few well known brewery’s out here in Belgium which have very good beers. But maybe we’ll stay true to Delirium and do some more stuff with the Pink Elephant! 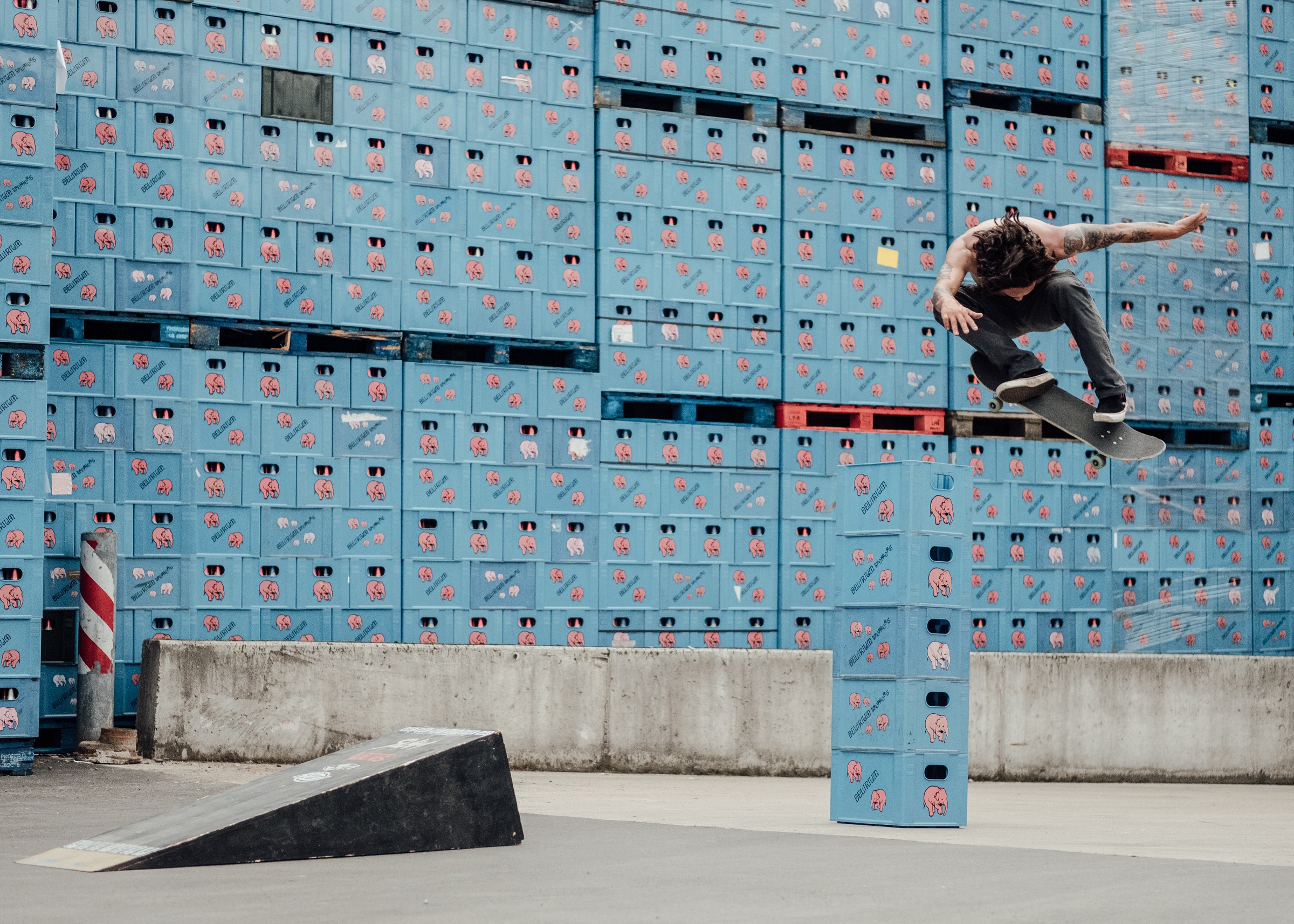 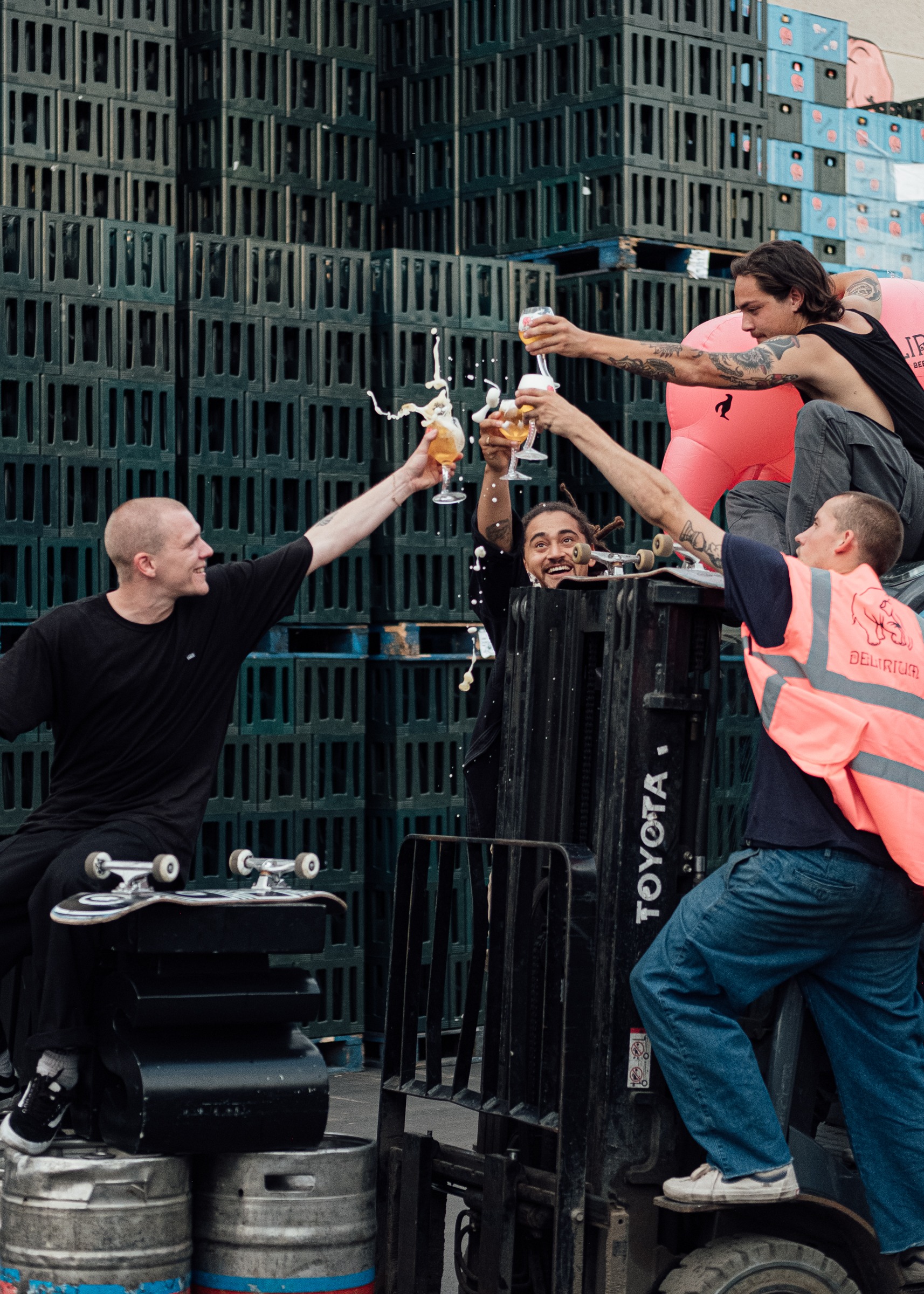 The Vans Belgium team went to Spain, Madrid and hooked up with fellow Vans Europe rider Jordan Sharkey who lives out there and guided the crew to plenty of Spainish terrain.

In time with this boozy bank holiday we thought it would be suiting to upload Danny Tapper's Beak Brewery interview from our first in print issue.

Fellow Polar Skate Co, Volcom and Vans rider Jeroen Bruggeman has banged out a quick part for us along with an interview for y'all to enjoy.