Follow the algorithm too closely these days, and you can feel strangely disconnected from skateboarding; a jarring clash of athletes, influencers, podium placements and benihana fingerflips creating a kind of stoke-sucking mental vortex designed to have any sane person running for the nearest bar. Outside of Zuckerberg’s simulacra of reality, thankfully, human interactions rather than computer chips govern cultural direction. Scratch the surface of any city or suburban scene and you’re almost guaranteed to find a number of good cunts out there in the dermal layer of skateboarding’s social mix, chipping away at videos and zines and facilitating scene initiatives to ensure that positivity, creativity and having a right fucking laugh are at the top of the agenda. Kevin Delgrosso, Illinois-based purveyor of the Grains video series, is one of those people dedicated to skating at its most grassroots level. With our hosting of Riley Vaughn’s part in Grains Act III, it seemed like a good opportunity to catch up with Kevin and quiz him about video making, spot fixing and freight hopping. 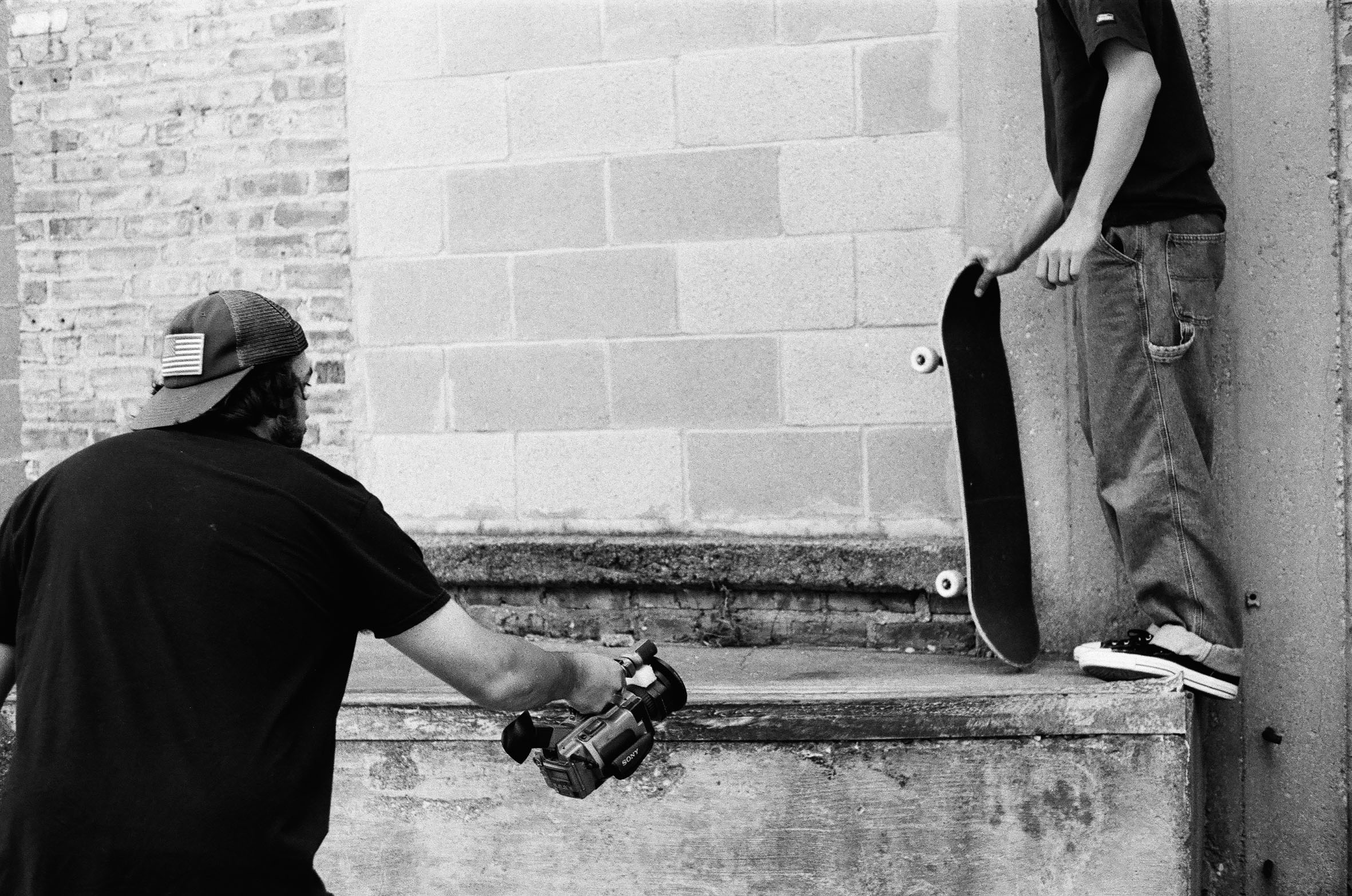 To start off with, who features in Grains Act III and how did the crew coalesce?

Grains Act III features full parts from Riley Vaughn, Randy Benko, Haden Cole and Max Tellefson, with Nyle Lovett, Aaron Christopher, Chad Matthews, Bill Wiora and Anthony Rahn having shorter sections or shared parts. The crew formed naturally over the years – some of us live in the same city, some more than two hours away, but it mostly stems from all of us being motivated and into the process of making videos the traditional way. 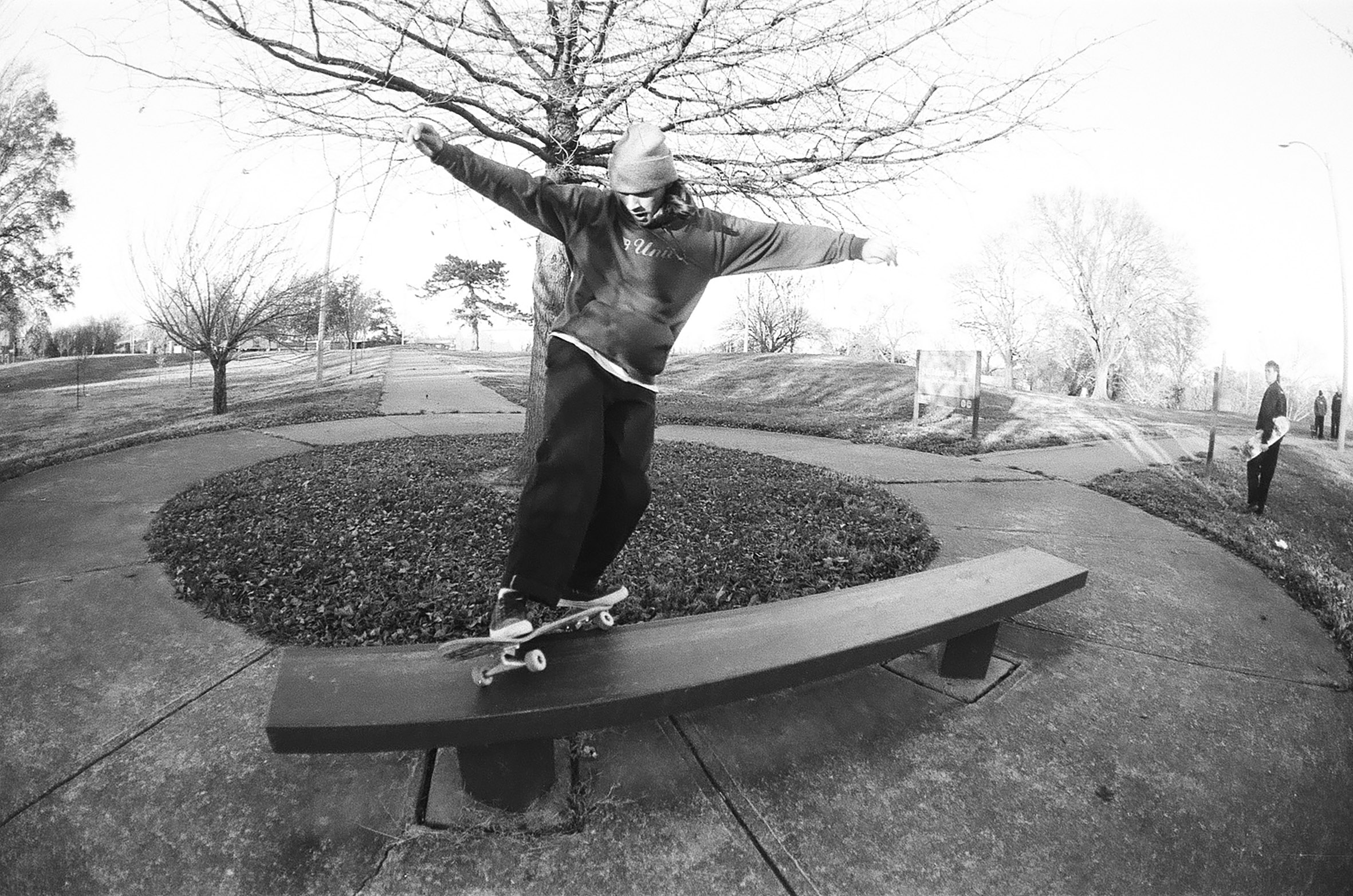 With this being the third in the Grains series, what has changed since the first video – in terms of both crew, and your own approach to video making?

The idea behind Grains has always been about exploring and highlighting the smaller towns or forgotten industrial areas of Illinois and the Midwest, and that’s still the case. The biggest change for me was getting a VX1000 after the first video, which a few friends chipped in to buy and gift to me for Christmas. Having that for the last two videos really just completed the look and feel of making videos like the ones we all grew up on. It definitely re-sparked a love for filming.

The crew has grown over the years, but you can see it build to what it is now throughout the three videos. Someone will have a full part in the first video, then a shared part in the second, then tricks in the montage, then some people like Max and Haden will go the other way. Riley is the only one to have a full part in all three. 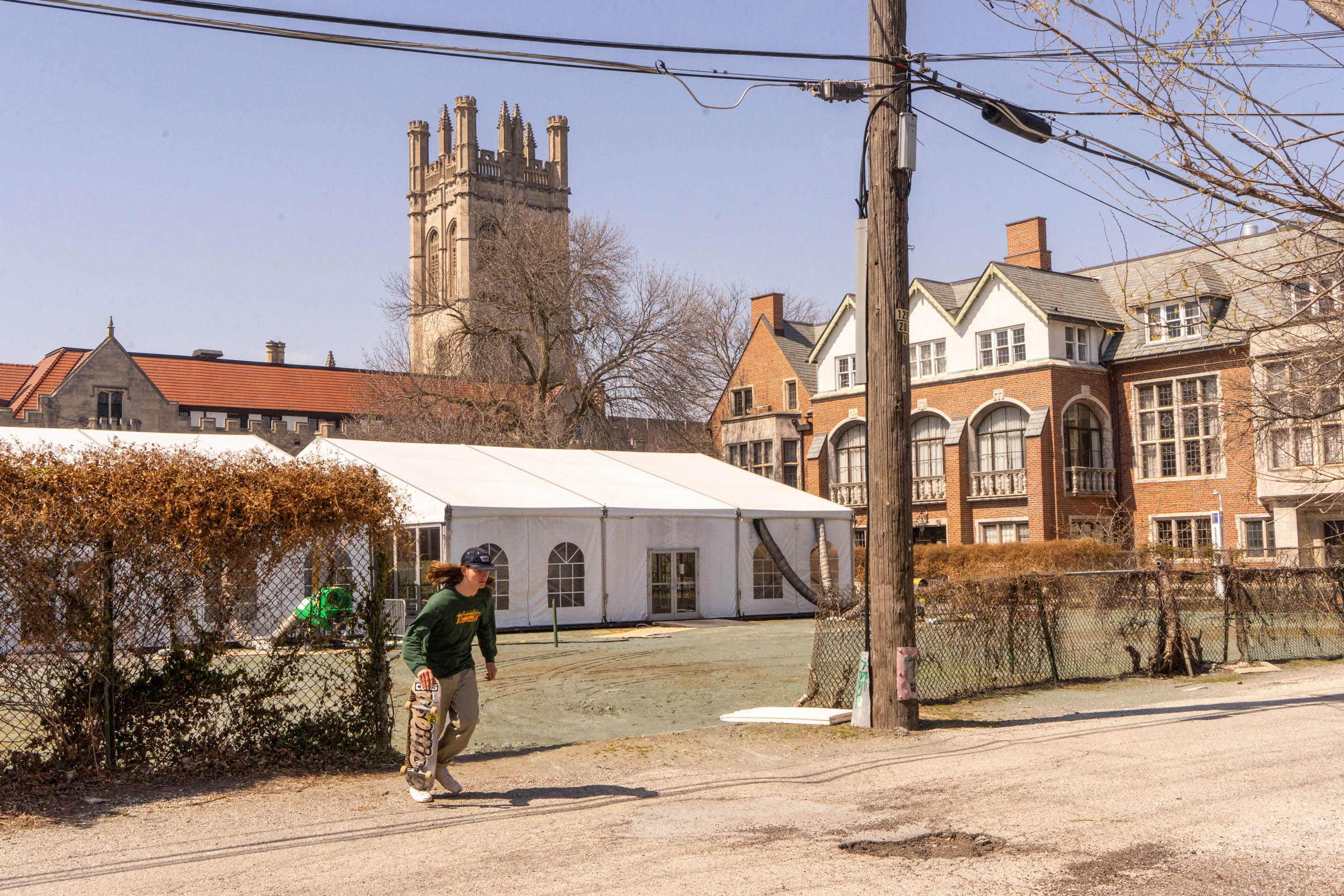 So what is it that keeps you hunting these rural towns or forgotten industrial zones for spots? What goes into the spot hunting process for you – driving, cycling, Google Earth, info from local skaters in different locales, all of the above?

I just love how those places look on video and film – the bricks, steel, weeds, faded colors and different textures. There’s so many of those places in the Midwest that the potential is always there. You know that there can be a rad looking spot around every corner or behind every old strip mall.

The spot hunting process means a ton of Google Earth missions in the winter months. That is definitely a useful tool. When it’s too cold or rainy to skate I’ll drive out to spots to see if they are worth coming back to once the weather turns, take photos and send them to the crew to try and get people sparked. Our friends in other cities are always sending spots over and vice versa, and we watch any new local videos. The spot hunt is one of my favorite parts of the video making process. 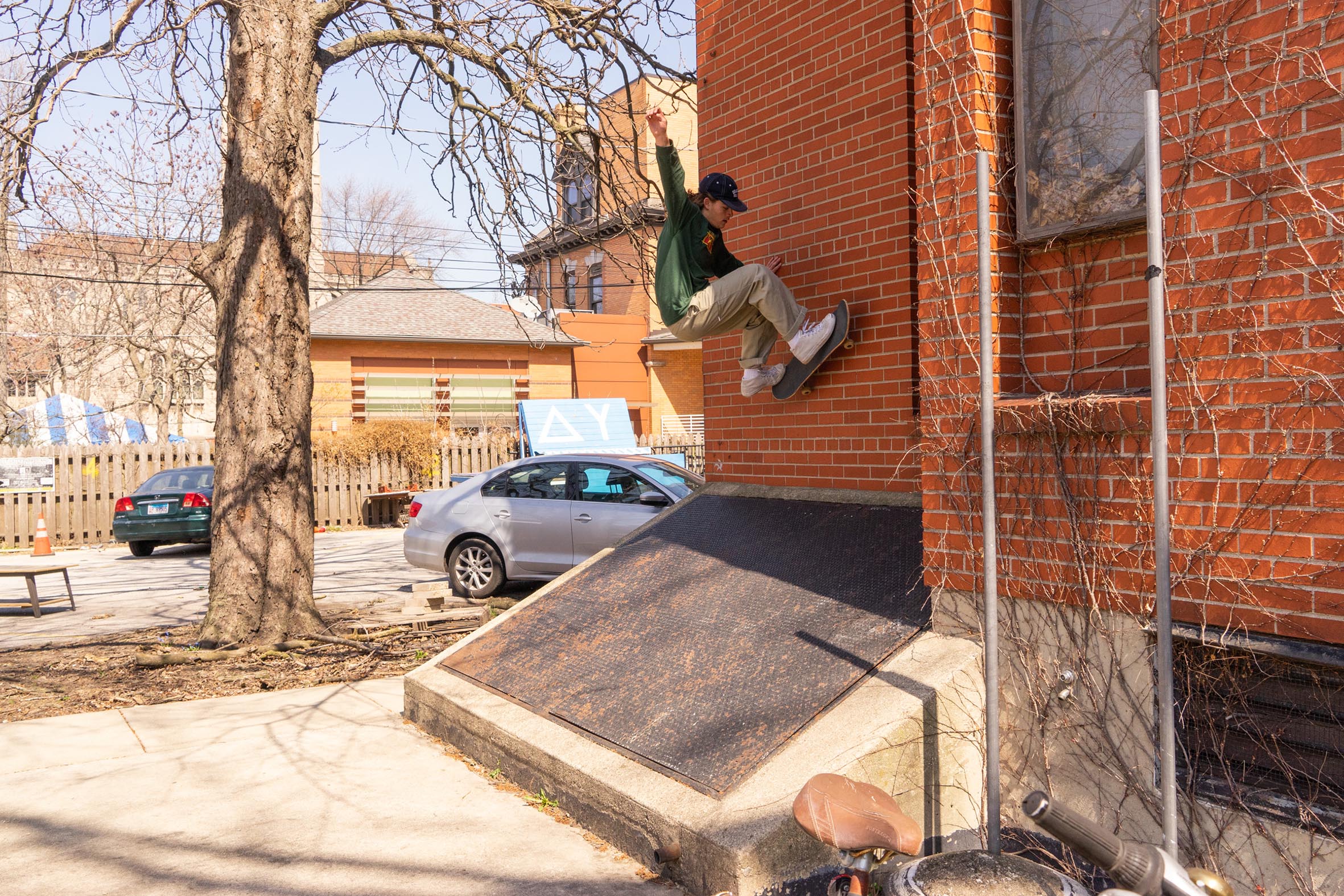 Rustbelt Americana vibes always look great on video I reckon. What was the search radius like for this video, did you cover quite a lot of distance? What were some of the most productive cities or towns overall?

I tend to keep the searching more local, so more people get a chance to possibly skate the spots. Joliet and Peoria will always be my go to’s in Illinois, but we did do a few trips down to Indianapolis and one to St. Louis. The Midwest has a good little support system, I can always count on Aaron and Nyle in Indianapolis and Gabe and Alex in St. Louis to play tour guide, which always ends in a productive trip. 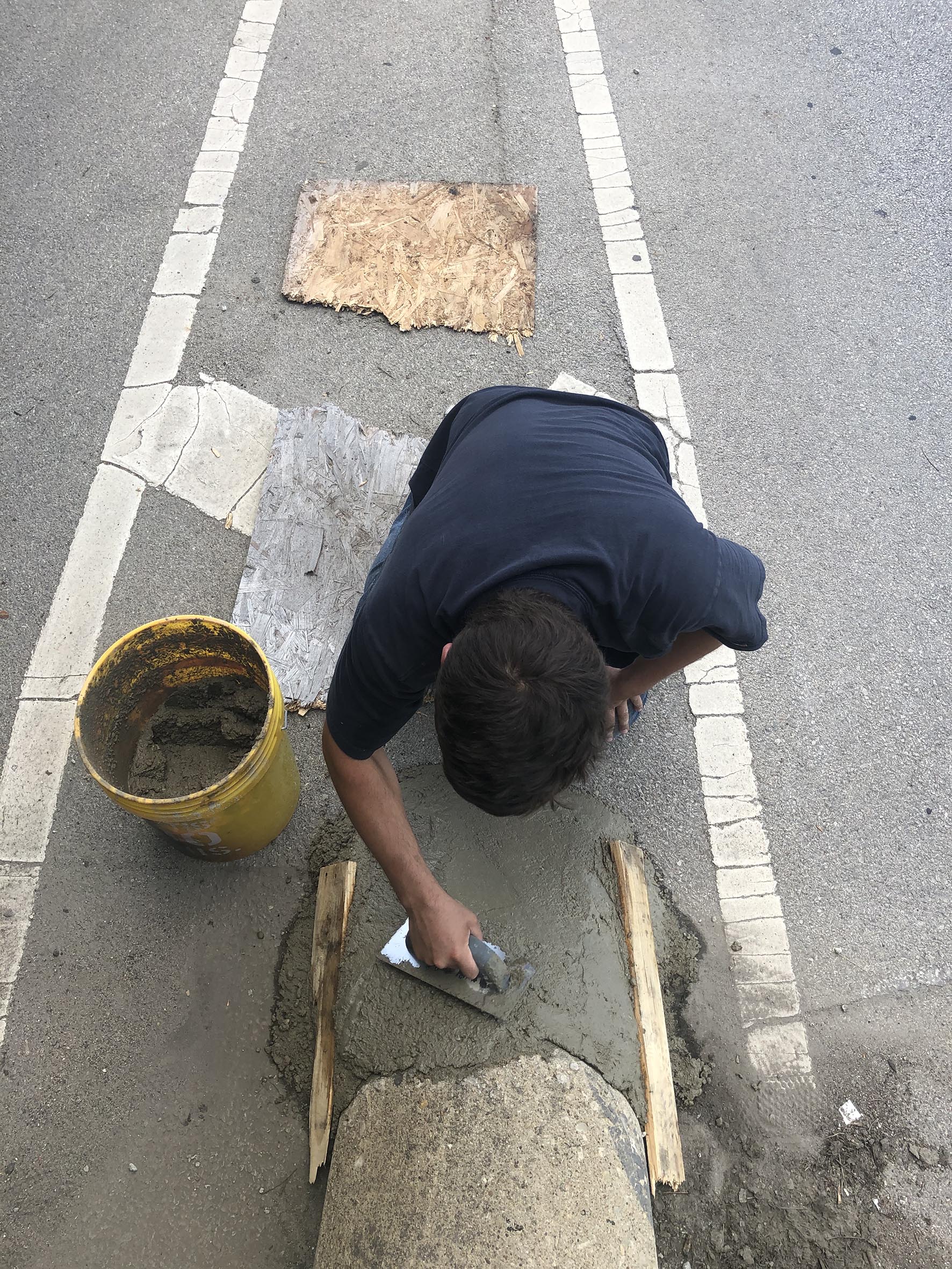 Over here we see a lot of footage from East and West Coast cities, but less from the heartland. What are some of the challenges of being ‘away’ from the industry hubs, as it were?

Honestly I can say with confidence that none of us have any interest in the ‘industry’, we have support from the local shops and the underground scene and that’s good enough for me. I would imagine it’s a bit tougher to get noticed out here if you’re really trying to ‘make it’ but these days with the internet I’m not sure – if anything, I would think it helps your footage stand out more. 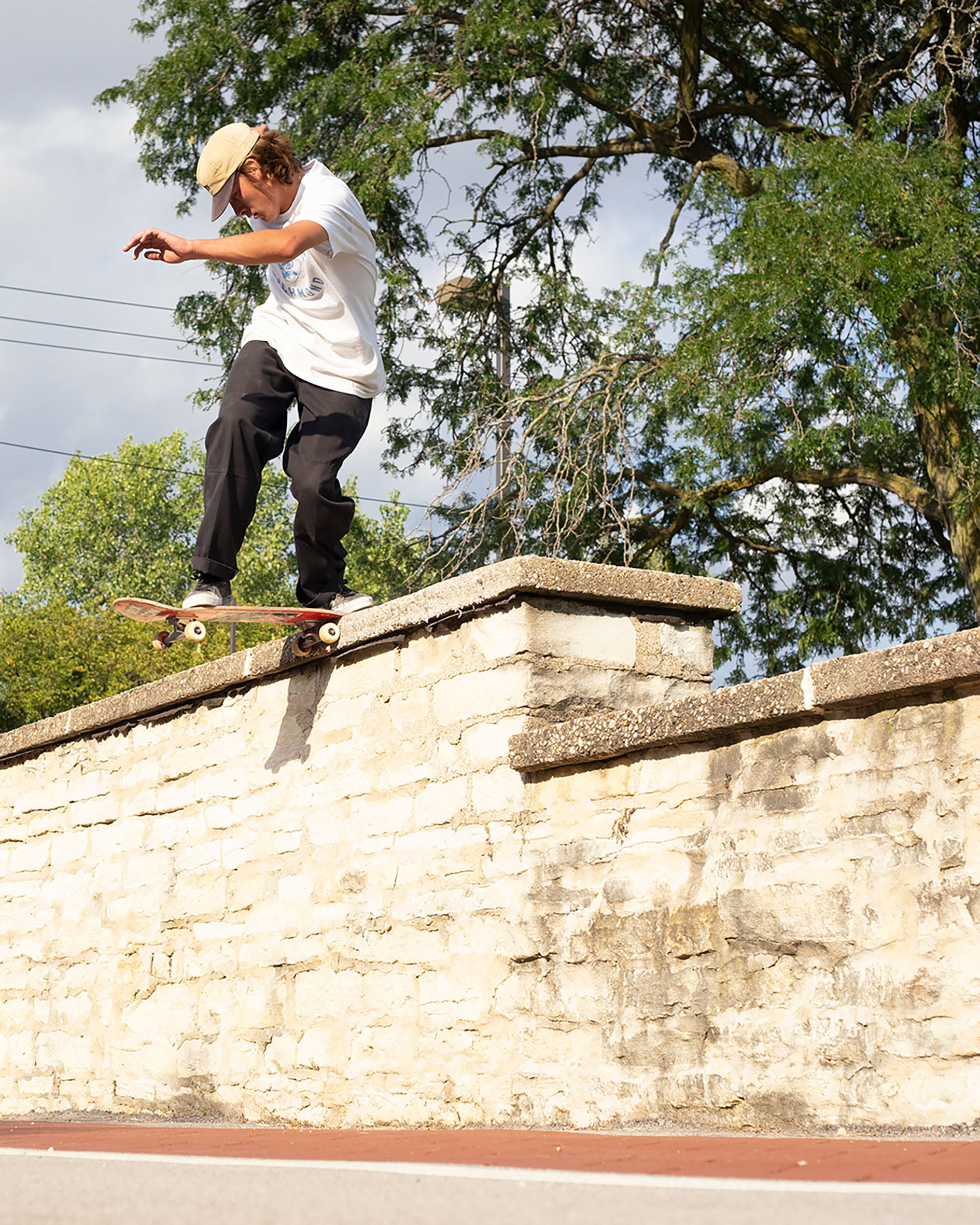 With that in mind, which local filmers, zine makers and scene hubs in Illinois and the surrounding states inspire you? That can be inside or outside of skateboarding.

The shops FA Skates, Minus and Uprise Skateshop do a great job – always hosting events, premieres, making videos and doing collabs. I’ll always have a soft spot for skate shops. The Deep Dish series out of Chicago, Jesse Braun in Ohio, the St. Losers in Missouri, Aaron Christopher in Indianapolis – all of them have been making awesome videos for years. Definitely look those up if you’re not familiar. Dom Westbury and Bradford Bishop recently dropped some photo zines which was refreshing, I love to have those laying around for people to flip through. 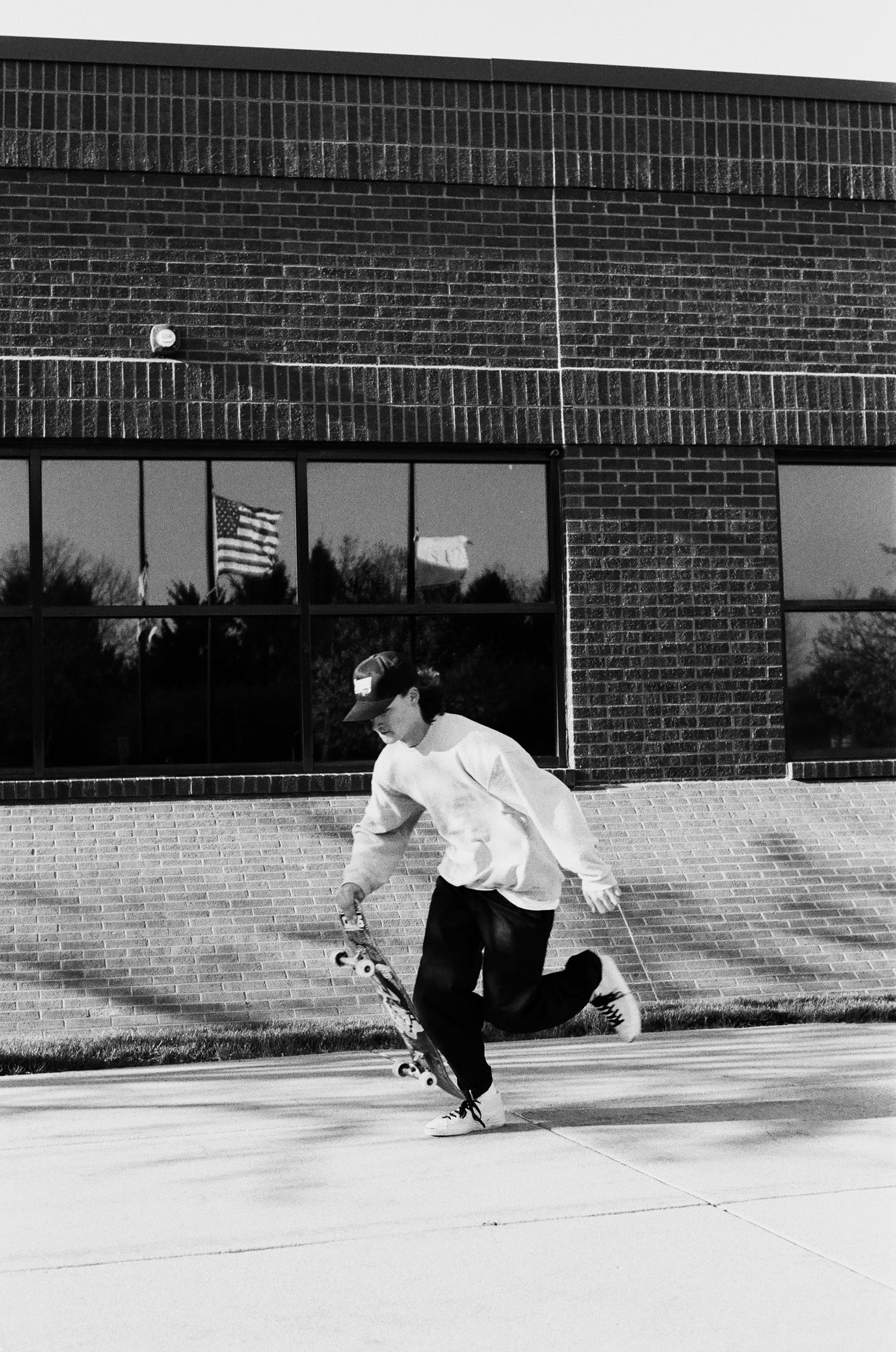 Grains Act III can be bought from Theories of Atlantis, who also hosted Randy Benko’s part. How did you first come into contact with Josh Stewart?

I think I just shot over an email around the time I was finishing up the first Grains video back in 2017. He was down instantly and TOA has been super supportive ever since. Big thank you to them, they’ve gotten DVDs to places all over the world. I never would have imagined that shops in Japan would be carrying my videos. 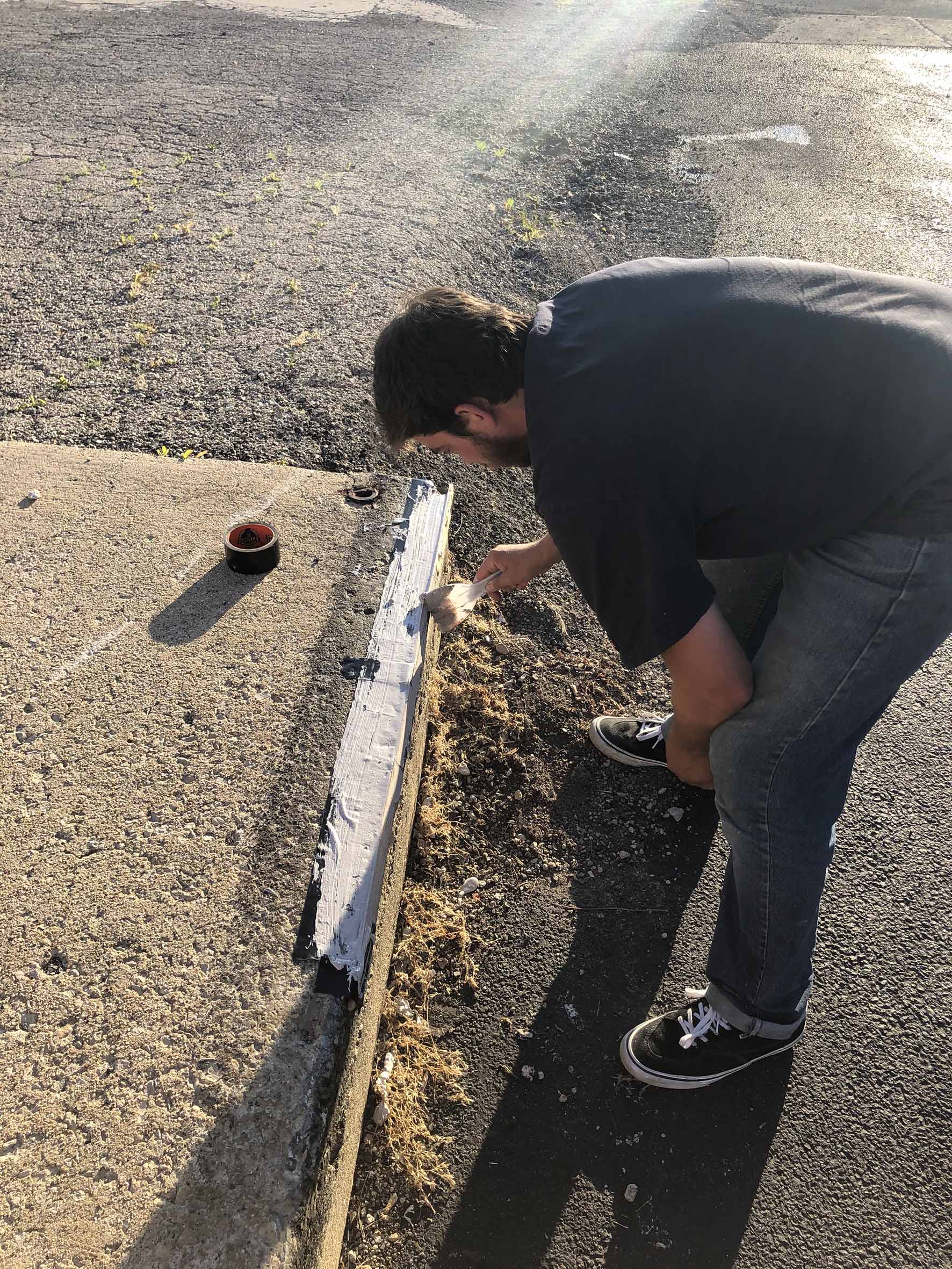 I guess the Static series is a bit of a benchmark in the evolution of the skate scene video – which operates in a unique cultural space whereby it isn’t beholden to a business. This makes it a bit of an anomaly in terms of skate media. I realise this is a ridiculously big question to answer, but what do you see skateboarding scene videos bringing culturally to the table that company-led videos can’t?

They are way more relatable than company-led videos, which in my eyes is super important and makes for a good watch. The tricks are more fathomable, the spots are more accessible. Someone can watch a Grains video and think, “Oh we have a loading dock ledge similar to that” or, “There’s an old building foundation that we can drag some garbage to and make something out of”. Those types of places exist more than a ledge plaza in the middle of a downtown. No one is skating in Miami, then skipping to Spain, then they’re in New York. 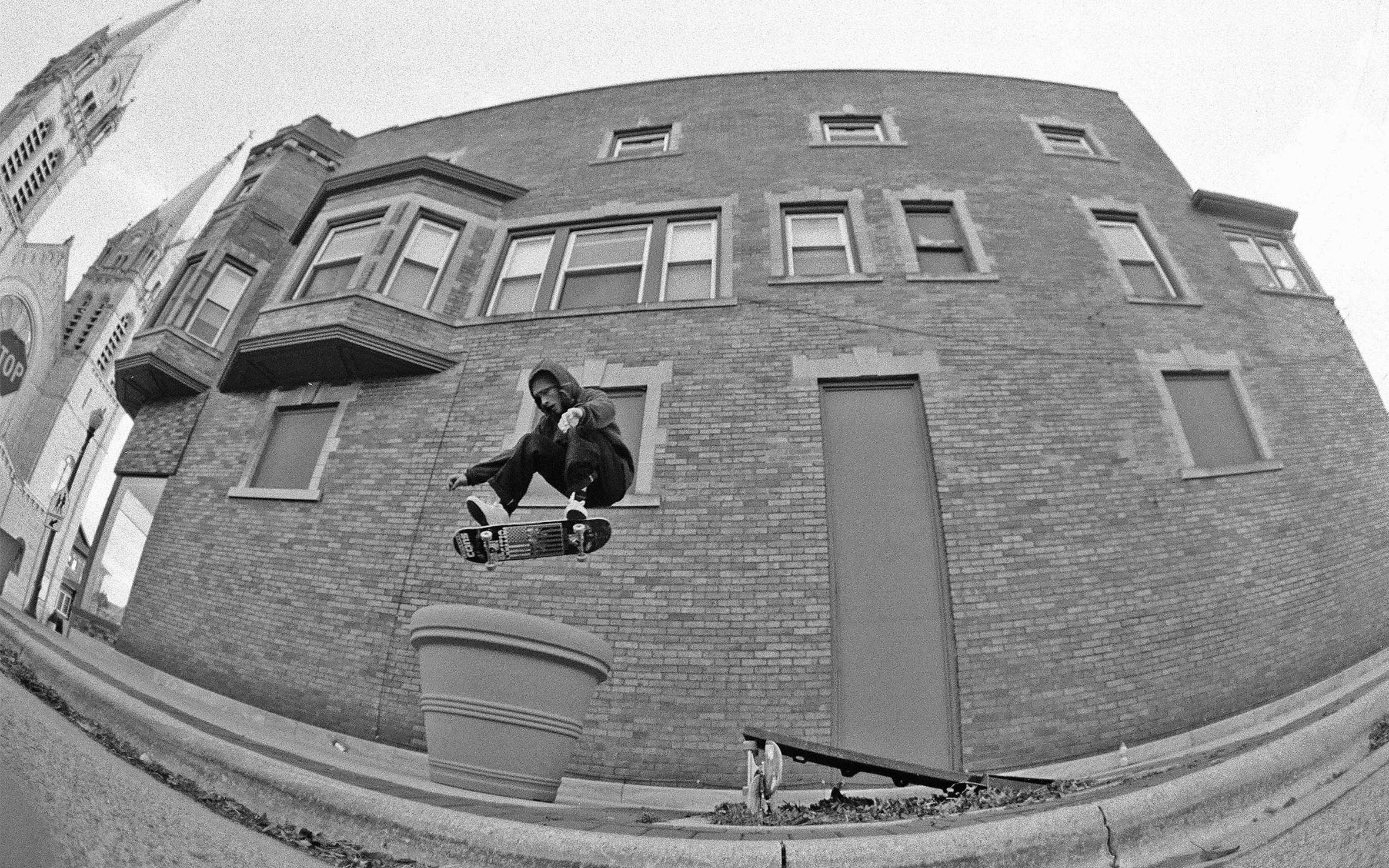 Your use of film footage gives a certain ‘documentary’ feel to proceedings, to an extent situating the skateboarding in a broader socio-economic context of these small towns you are exploring. Is this something you consciously aimed towards? I know you’ve mentioned in a past interview using old audio from educational films to juxtapose against modern scenes of skateboarding amongst the detritus of economic decline.

Yeah that’s definitely something I aim for, I love how film can add more context to the spot or area. I used a lot of vintage voice overs in the first Grains. At the time I didn’t plan for a series to develop so I kind of used all the best stuff, but I recently found some more that will play into the theme for the next project. 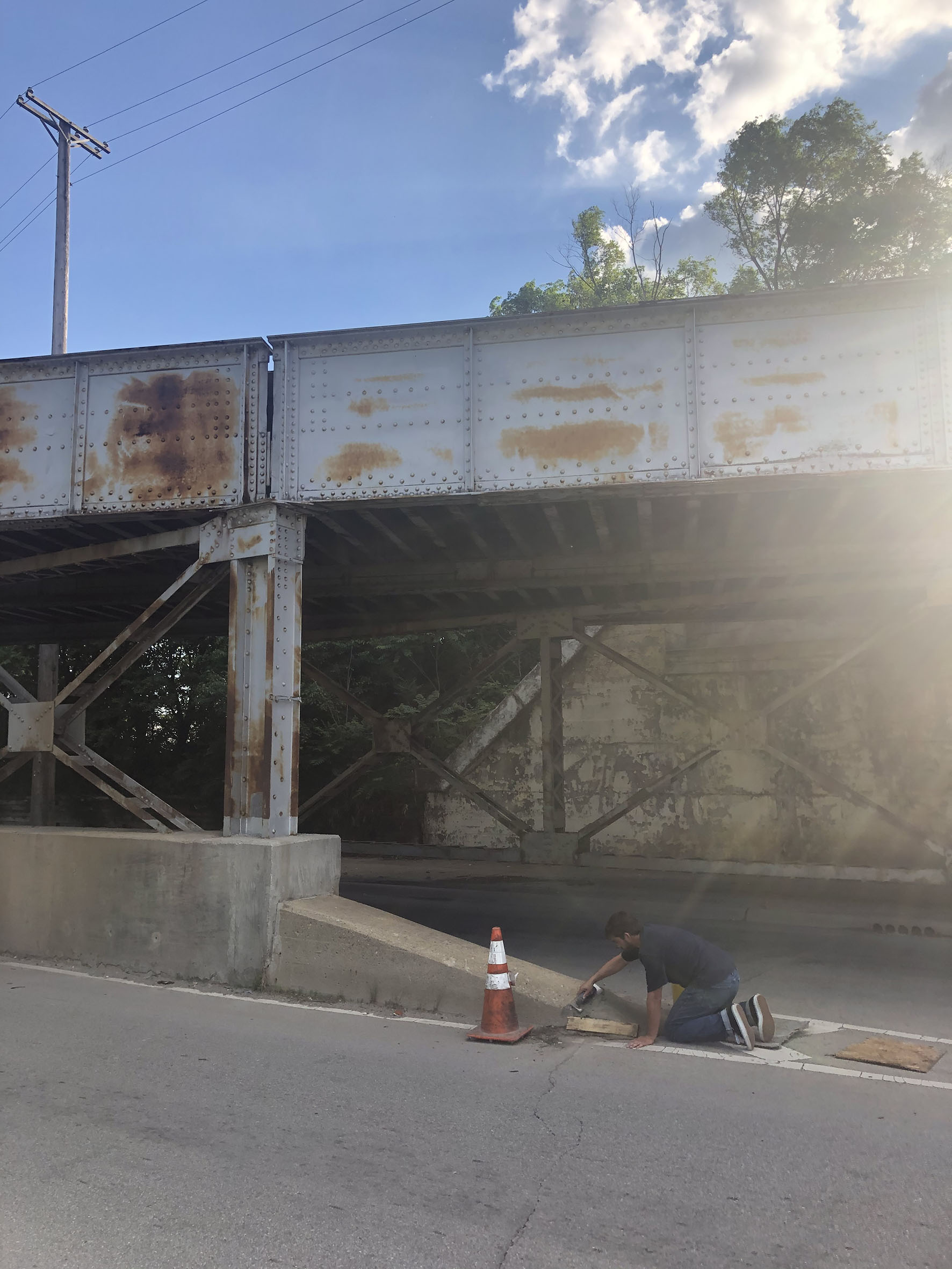 I find as a general rule – over here at least – that people from small towns with declining or moribund industries aren’t always as amenable to skateboarders as their bigger city counterparts. Were there any sketchy encounters with lurkers or the authorities during the filming of the video?

Knock on wood, but throughout the years we’ve never had anything too wild happen while out filming. I would say there’s more confusion from the locals / authorities than anything. 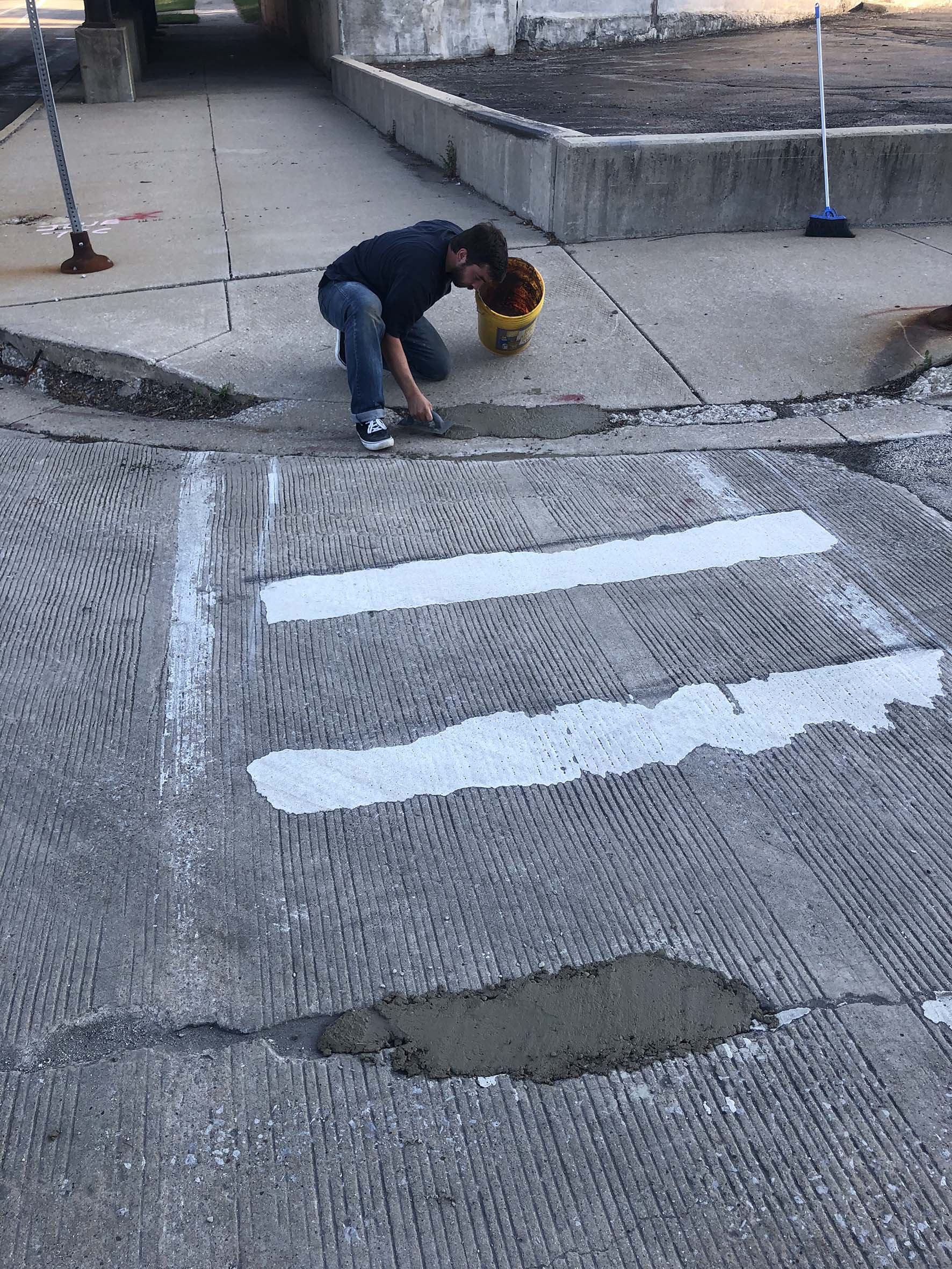 The film footage of freight trains halfway into Riley’s part tapped into some deep seated Woody Guthrie / Beargrease idea of romanticized, nomadic Americana which popular culture has presumably instilled in me. Were any freight trains hopped in the making of this one?

Nooo sadly no trains hopped during this, that would make for a rad trip though. I could see Anti Hero pulling that off, but I’m not sure I would last very long lugging around multiple cameras, brooms, rub bricks, metal signs and all the other things it takes to make a spot work these days. 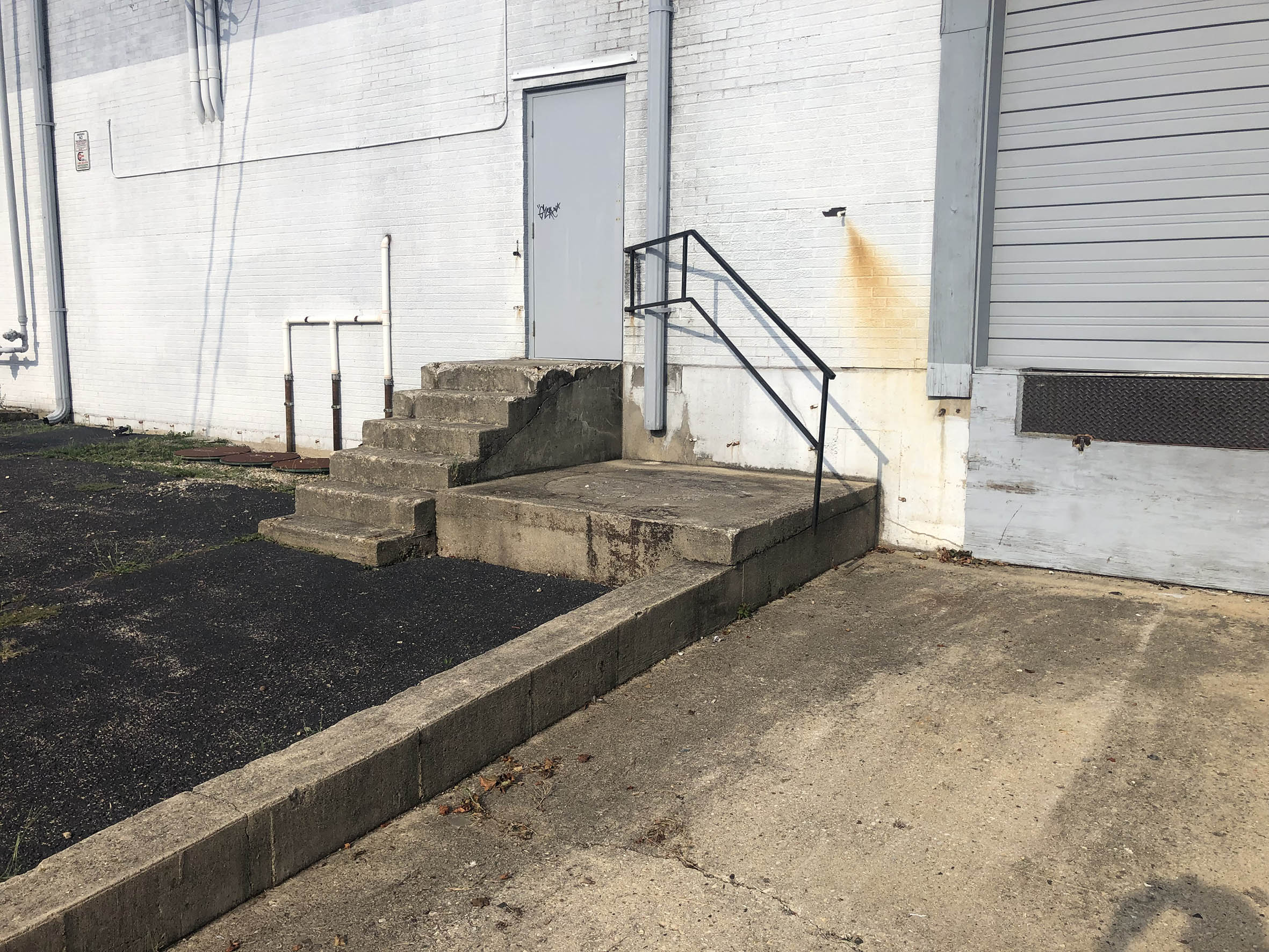 Haha that’s fair enough, that’s the trade off for making some of that crust workable I suppose. Was there any particular spot that stands out from the filming of the video as the toughest to get into skateable shape? Whether that be physical effort wise, or something particularly grim to be shifted…

In Riley’s part he does a wallie backside 5050 on a median in the middle of a really busy street in Joliet. That one took a few trips, traffic control and laying cement while semi trucks ripped past on both sides. I feel like almost every spot we skated took some bit of tinkering. There was one day where Daniel and I just filled the cooler and drove around in his work truck with buckets of wet cement, fixing anything we could think of. 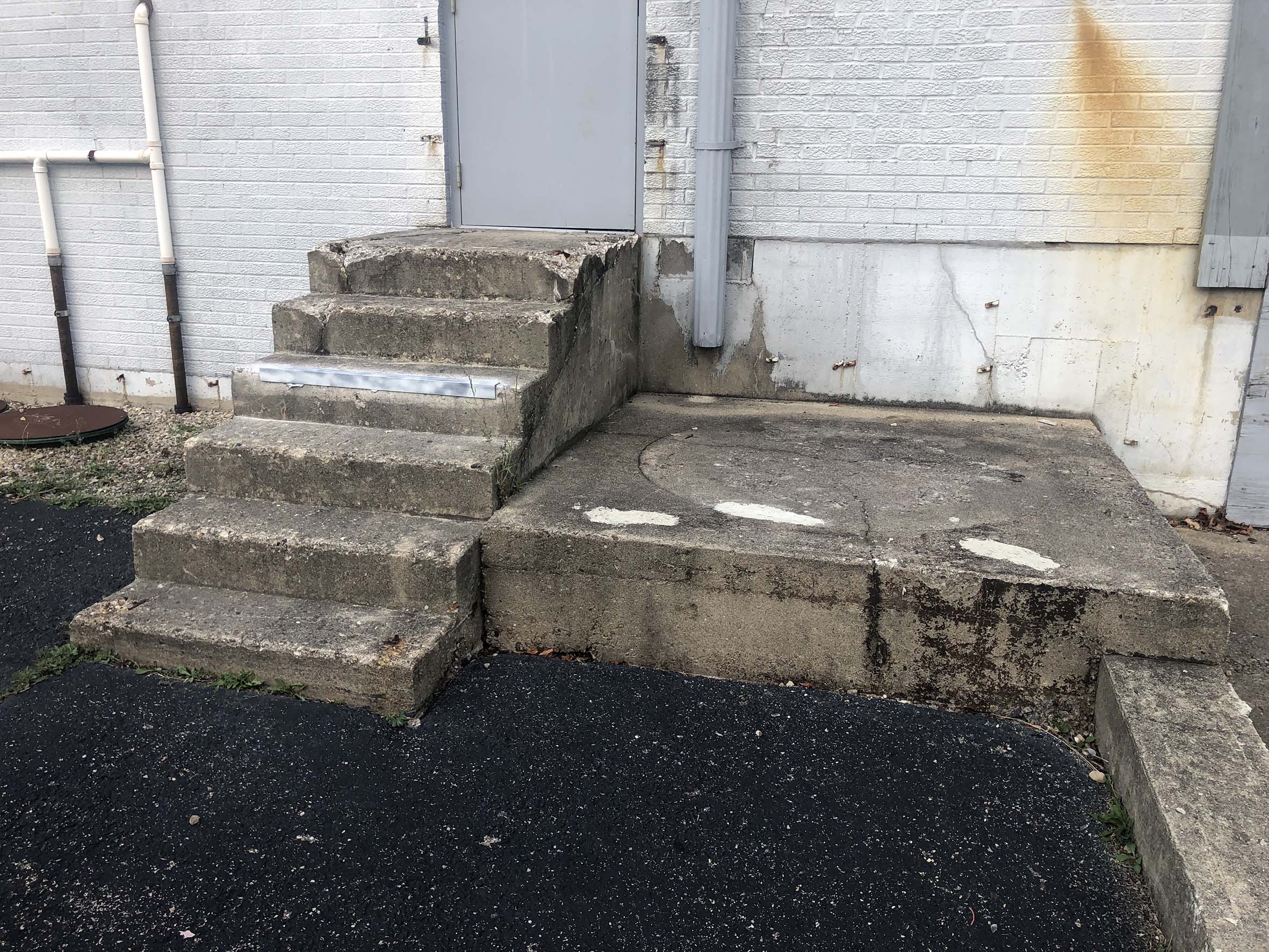 To bring this to a close, what’s next project wise? Where can our readers get hold of Grains Act III on DVD? And is there anything else you’d like to add?

I’d like to put out a shorter project early next year with the new footage we’ve been getting and some stuff that I held on to. I’ve also been filming with Randy a lot for a Theories edit, and Riley for anything Politic plans to do, so we’re staying busy! You can get Grains Act Three from TOA, or ask your local shop nicely to order some.Thank you for the chat and Vague for the support!

We're proud to treat your eyes to 'Turmoil III: Return to Bolzlem' a full length video by Peter Piotrkowski along with an interview by the cast and crew.

Leo Gutman has been a mag fave for a while, for extensive reasons why click here to read an interview with photos by Cole Giordano and a video part filmed by Dimitry Brylev. Thanks again to all involved!