The legends over at Fountain and Cardiff Skateboard Club have teamed up to bring you a double dose of Welsh goodness in the form of ‘SYNERGY’. After this video  premiered at our joint CSC x Vague Christmas Party earlier this month (big love to everyone who came down!), you can now view it online in full for your viewing pleasure! Filmed mostly in Cardiff, with a dash of Swansea and Port Talbot, the boys have been stackin’ clips all summer for this 10-minute banger released just eight months after Fountain’s first promo.

Alongside the video, fellow CSC head, Dan Bunn, chatted to the mastermind behind Fountain, Leo Comanescu, to find out more about the origins of the brand, and his design inspirations. Shop the new collab here and have a read below! 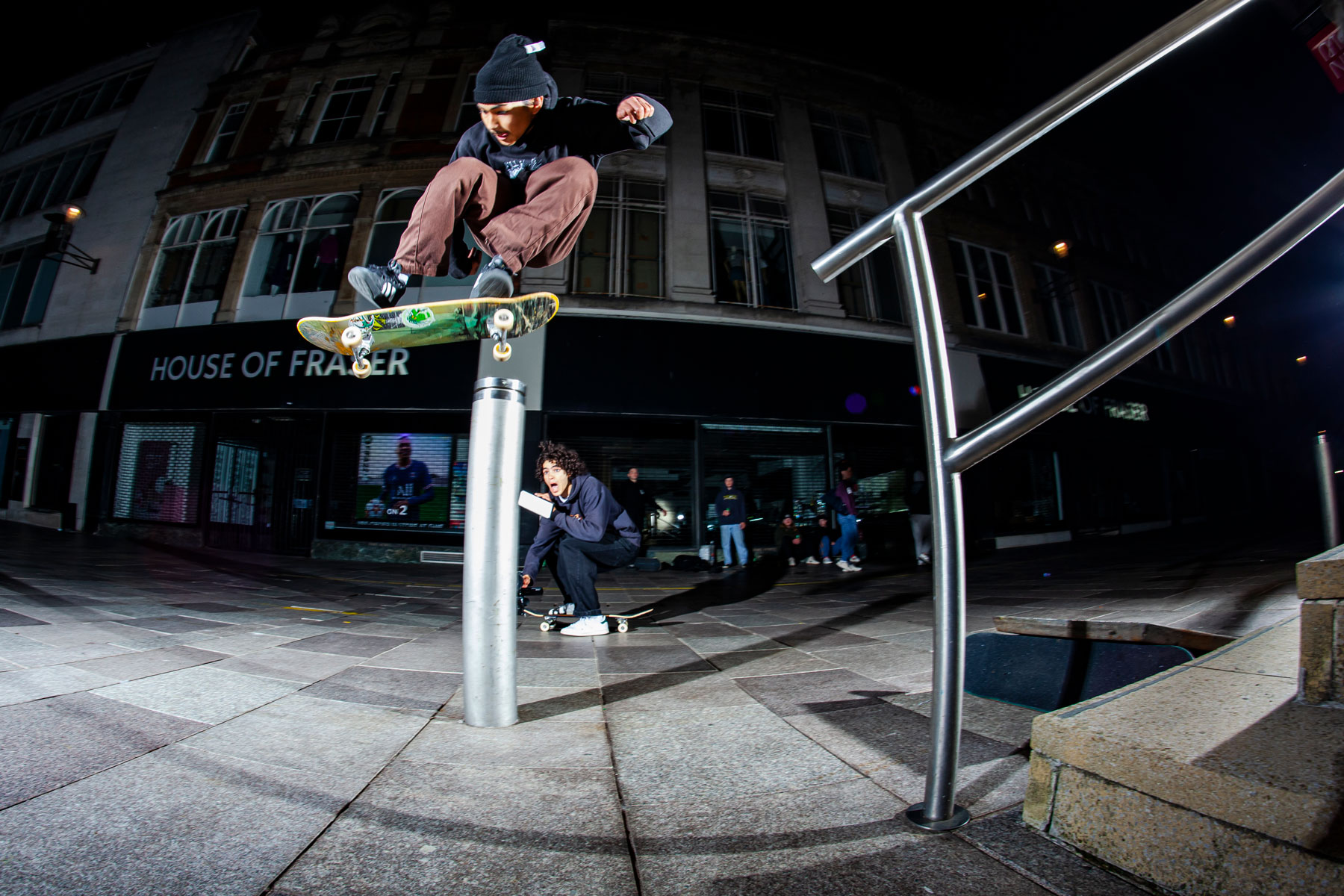 Yes Leo! Wanna start this off by telling us a little bit about the origins of Fountain?

A school friend and I made wax as kids then sorta stopped as we got older. Then after not doing anything for a couple years I started filming more and making little videos for Instagram, which eventually blossomed into Fountain.

The logo is based off of an object I saw in my Grandad’s shed. He’s a welder by trade so he has a bunch of these old welding mags lying around. I started flicking through one and saw some diagrams of wrought iron baskets. The nature of the object is kinda weird but it looks pretty cool. Kinda gave me the Penrose triangle vibe as well, that kind of infinity effect. From there, Lloyd [Houston] sketched the object and then Nat [Jones] turned it into a logo. 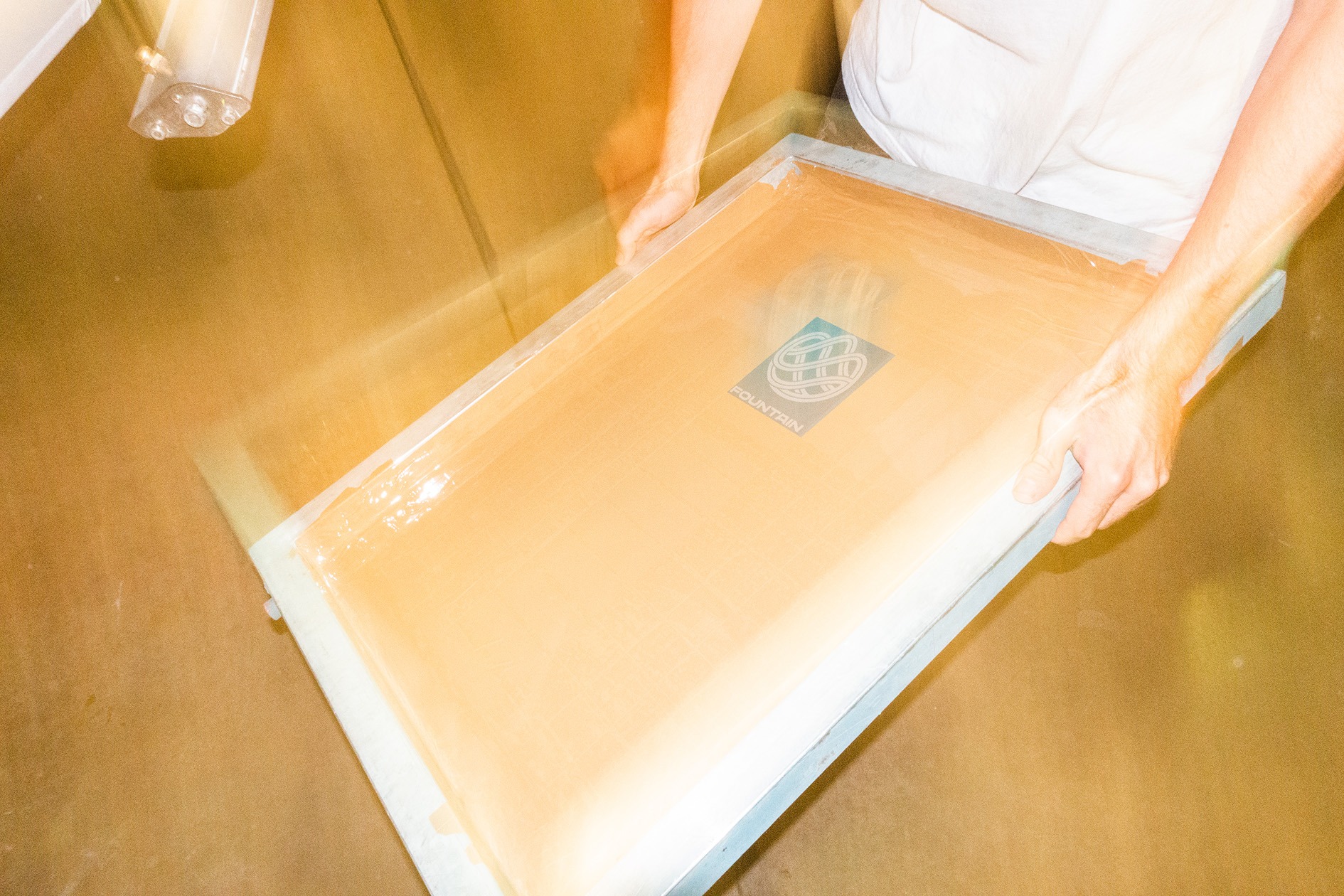 Where does the name ‘Fountain’ come from?

So the name actually came about by joking around with Lloyd, who helps with graphics and artistic direction. I’d been trying to think of a name for it for a while and then one day we were just chatting shit pretty much and then the name came. 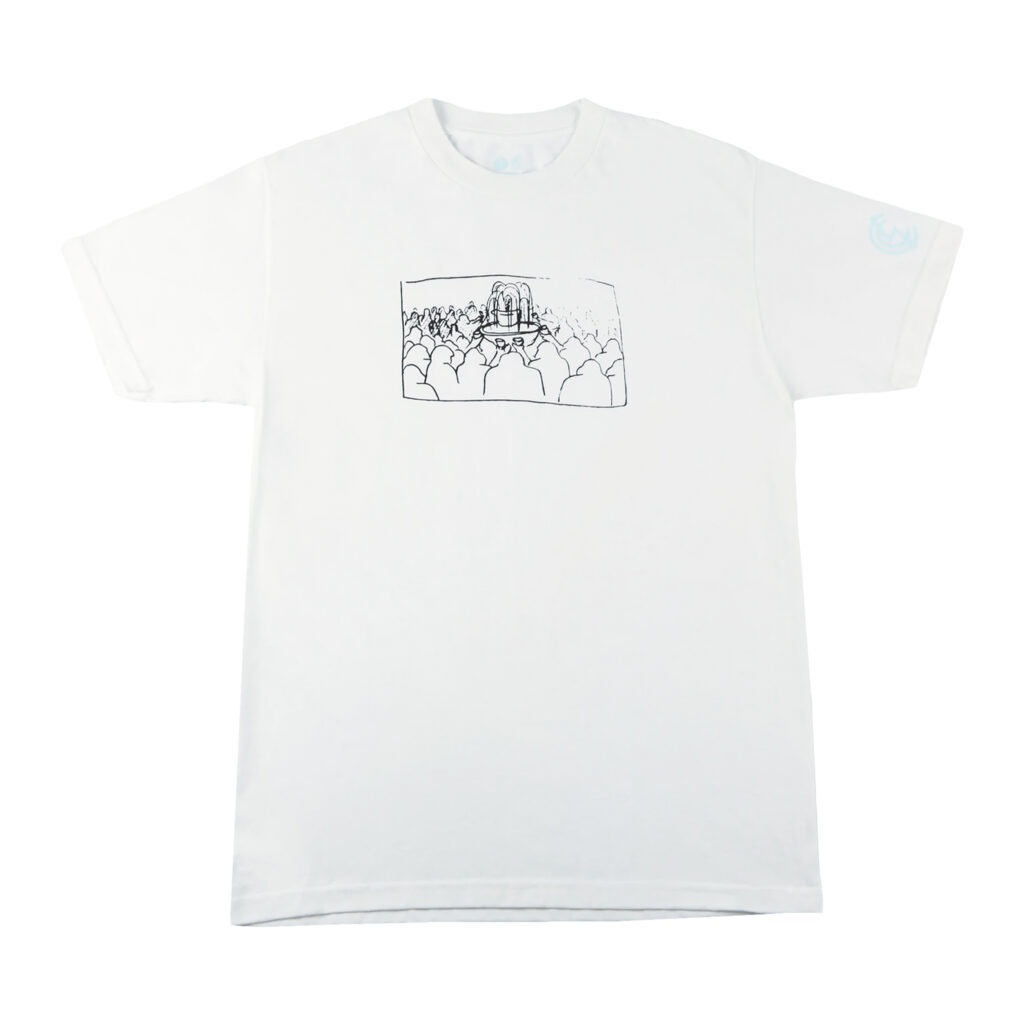 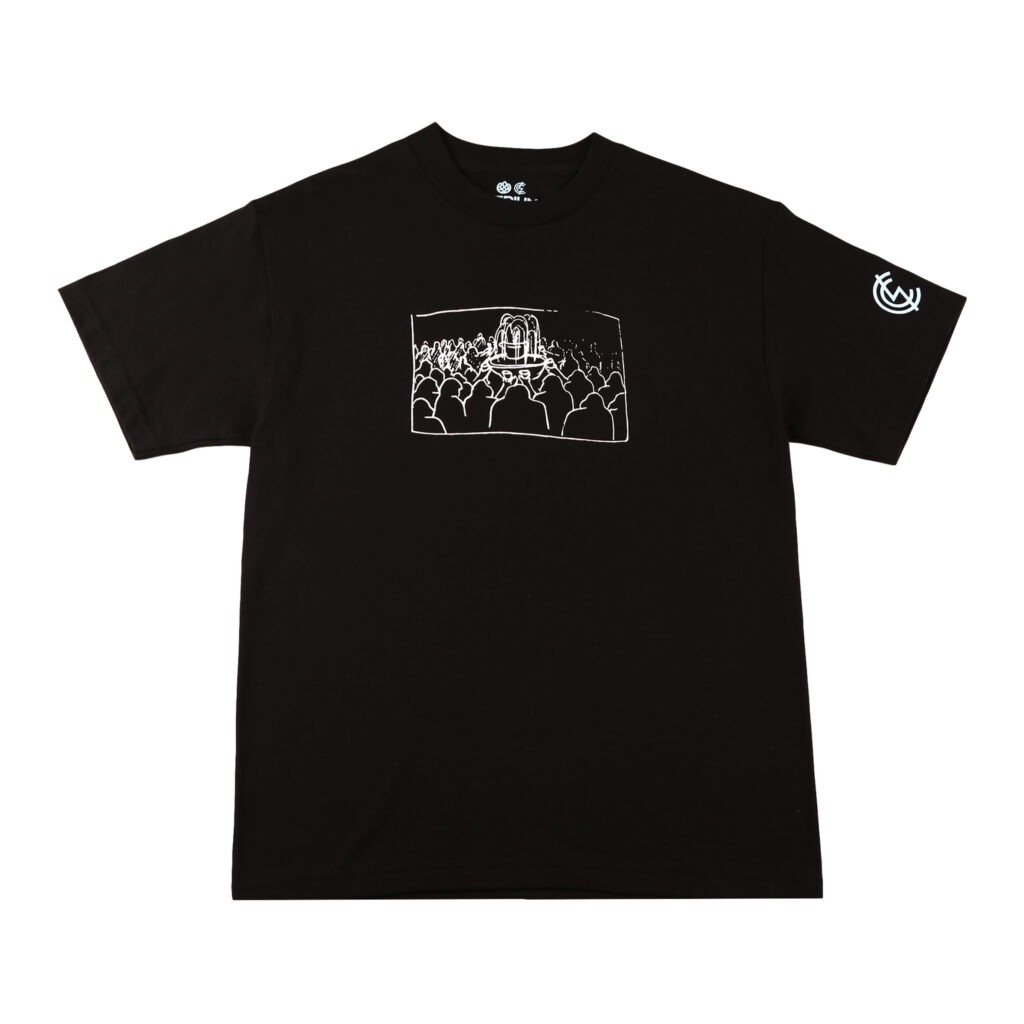 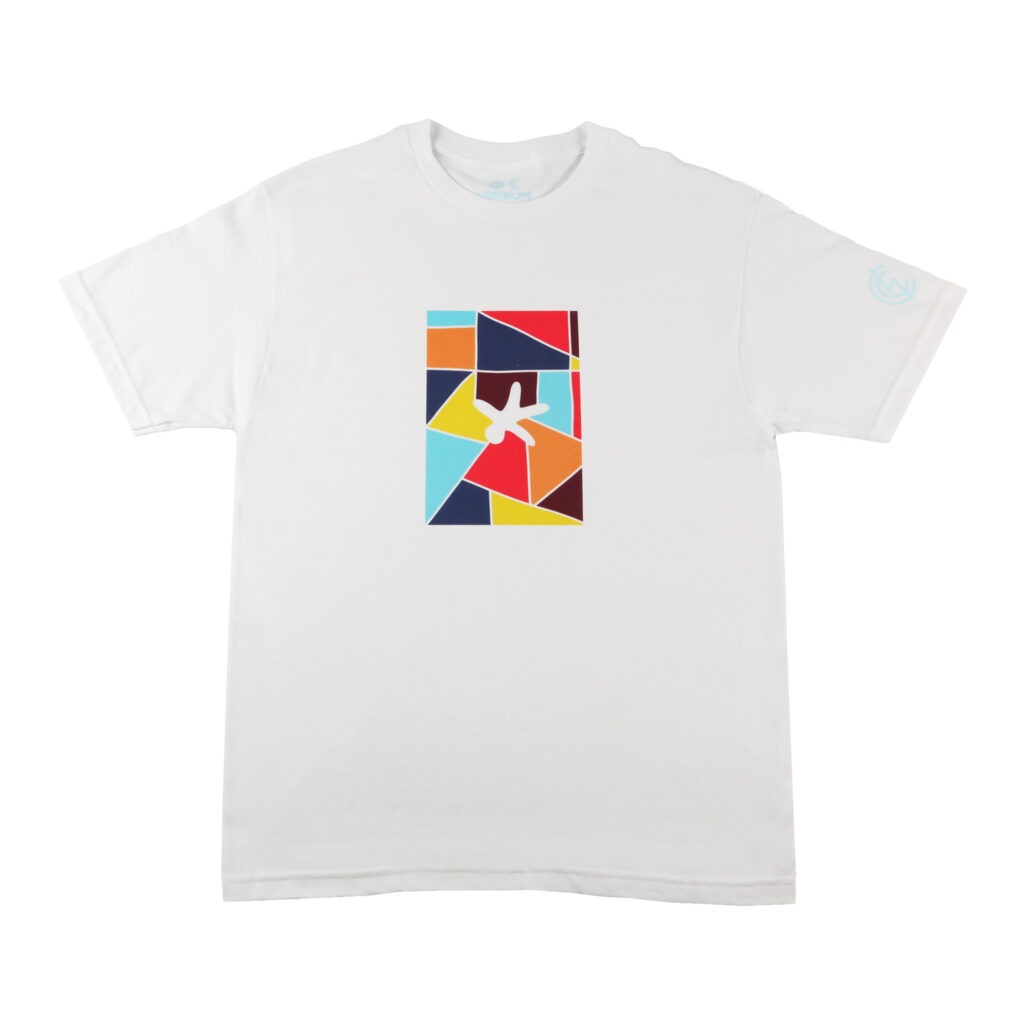 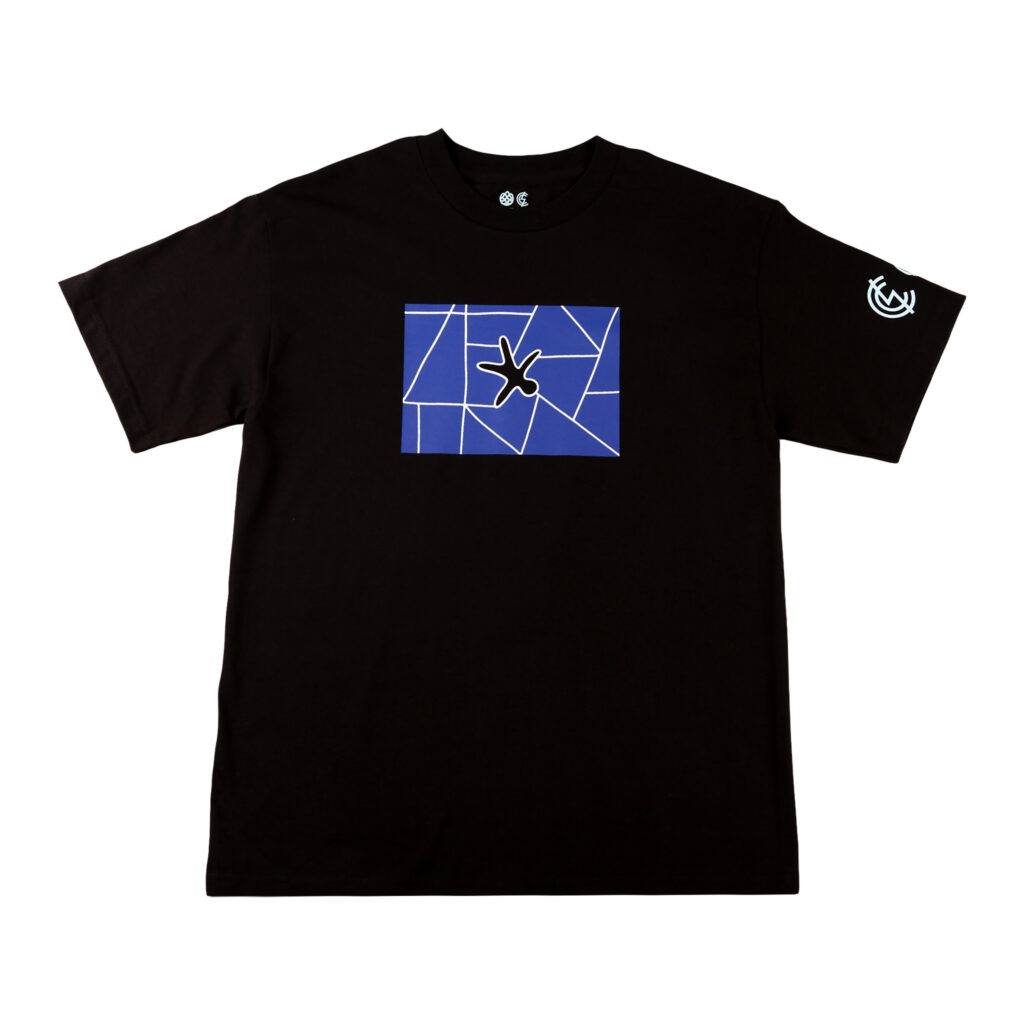 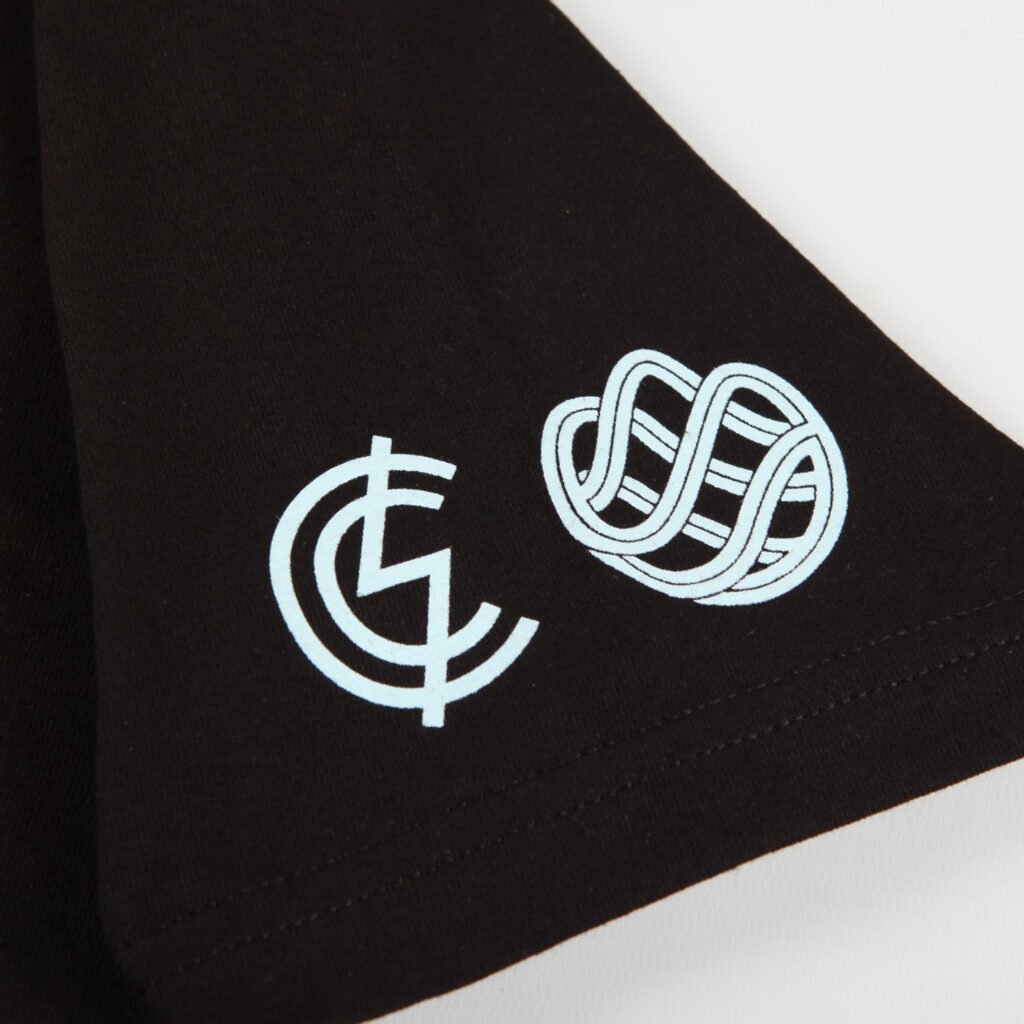 Damn, I was kinda hoping it was because of the fountains at the center of the universe (Bute Square). So, who makes all the graphics, and what have been your main inspirations?

I mean, part of the process of finding the name was thinking of places we skate most, so the Bute fountains were already in my mind. Maybe subconsciously I chose it… who knows. It also works on the level that most of the major spots have some sort of water feature…Bute Square, Love park, EMB.

The name is kind of an ongoing metaphor for skateboarding at this point. Skateboarding is the fountain of youth – thinking about this concept is what inspired the ‘Youth’ graphic.

I do most of the graphics myself, but Lloyd helps out sometimes too.

The first drop for Fountain featured hoodies and crews embroidered with a reimagining of [Henri] Matisse’s ‘Dance’. We tweaked it a bit, so our rendition depicted black people of different complexions and hair textures joyfully dancing around a fountain. It was inspired by the issue of colourism in fashion, skateboarding, and society more generally. The latest drop also draws inspiration from the cover of Outkast’s third album, Aquemini. 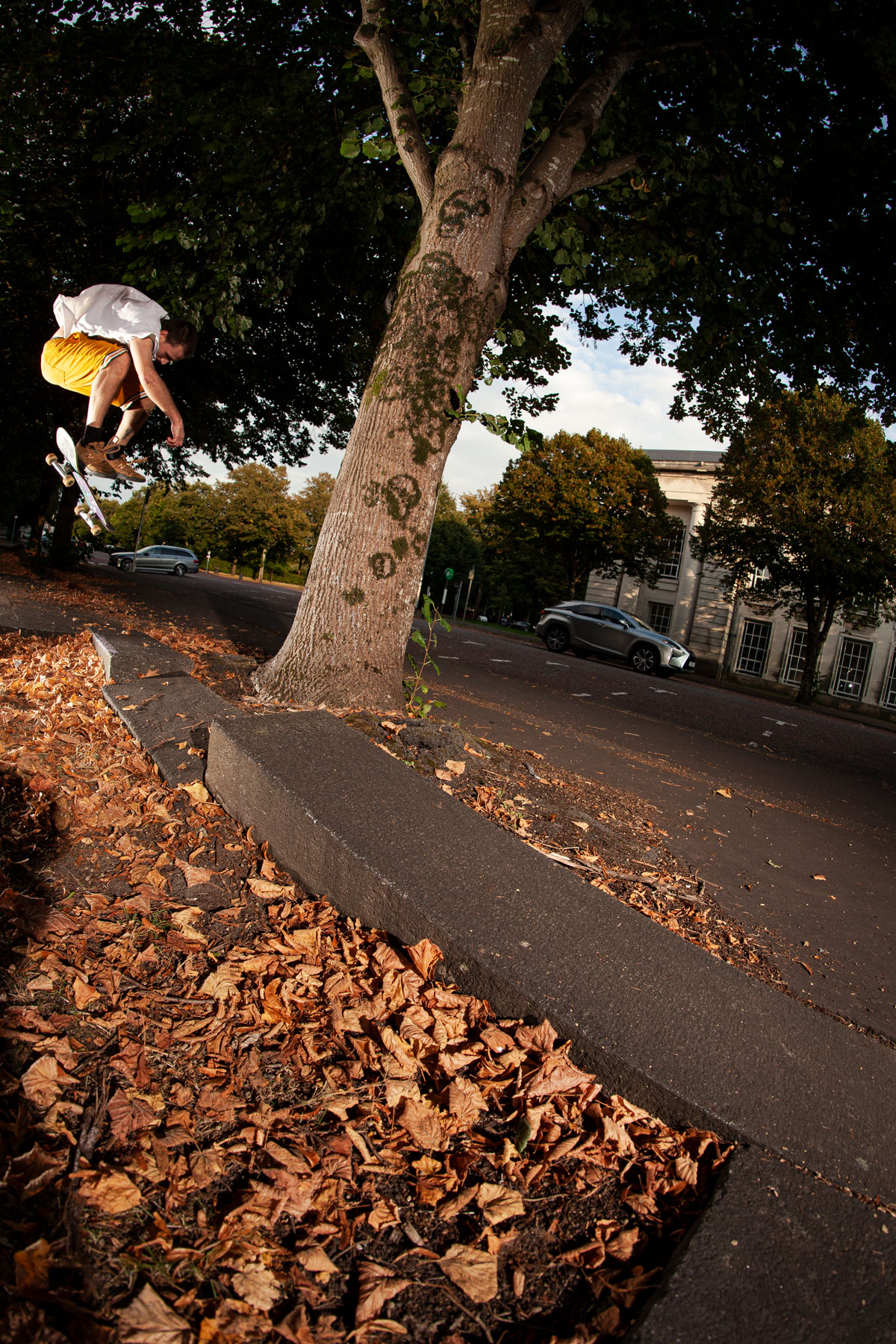 Fountain doesn’t exactly seem like your average skate clothing brand. With new skate brands popping up all the time, how do you go about keeping Fountain fresh and not falling into the same clichés as other new brands?

I’m not too sure, I think if it’s not flowing then you shouldn’t force it. Just try and have fun with it and keep it truthful. 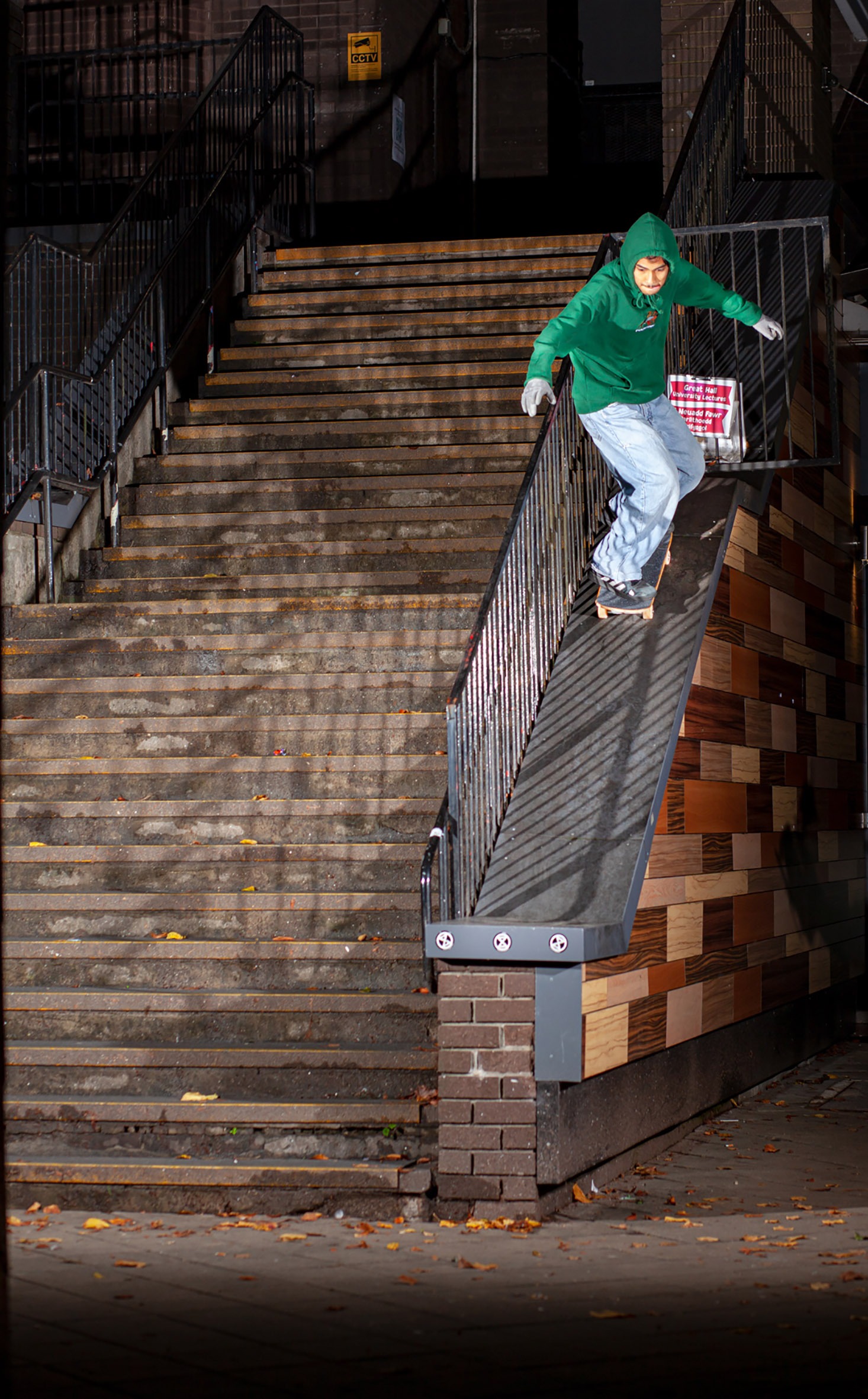 Cardiff’s home to a fair few legends when it comes to art/graphic design – like Phil Morgan, Pete Fowler, and Nat Jones to name a few – have any of these people influenced your design choices, or have you been getting inspiration from further afield?

For sure. Fountain wouldn’t be where it is without the help and direction of a few of those legends. Lloyd Houston, Nat Jones and Tariq Kinani have helped get the logo to where it is now. Phil and Pete are definitely sources of inspiration too. 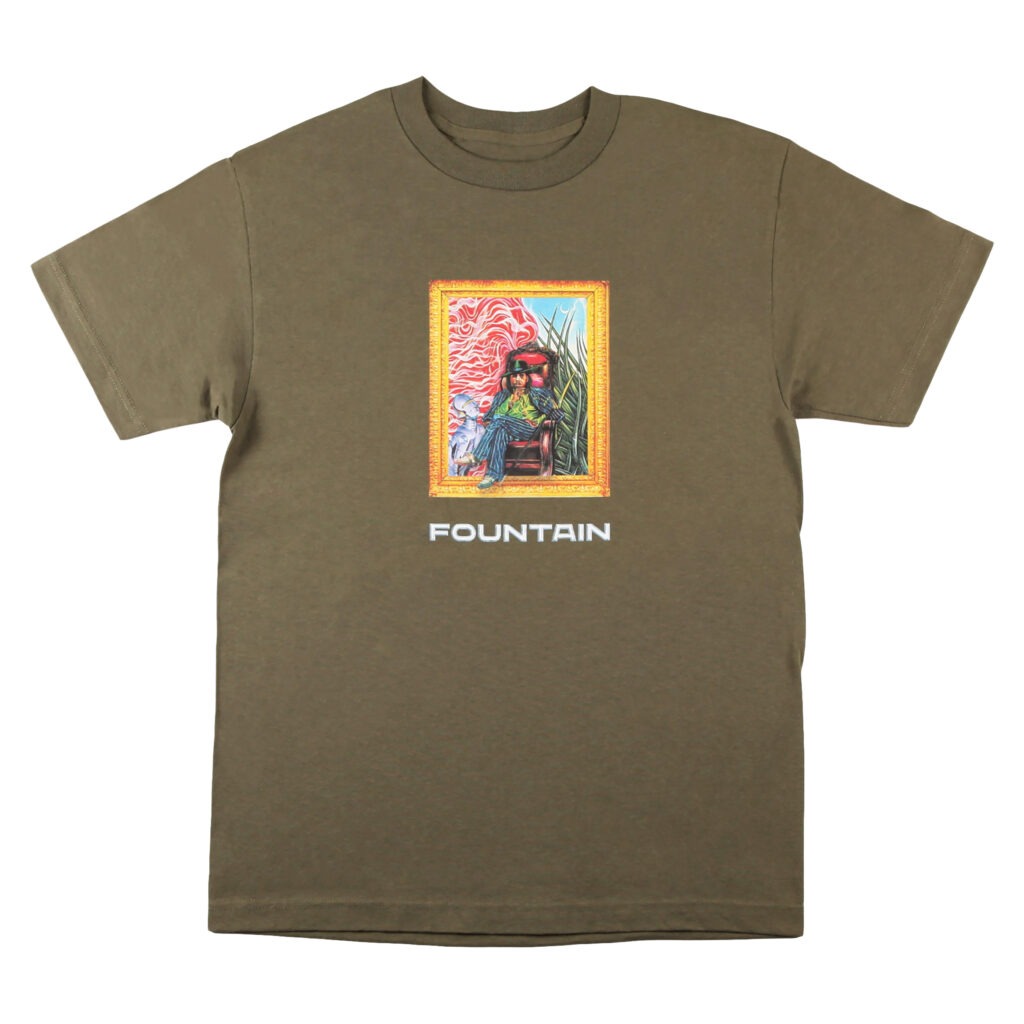 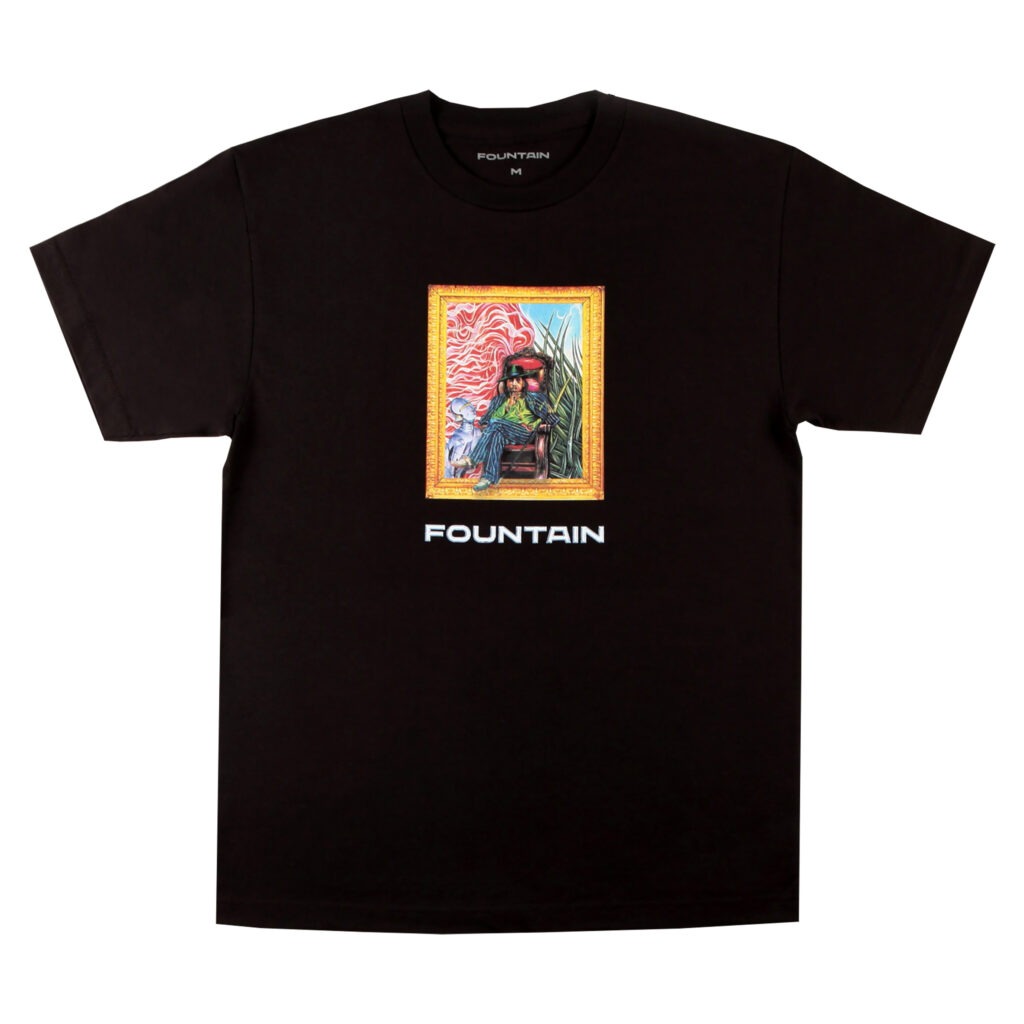 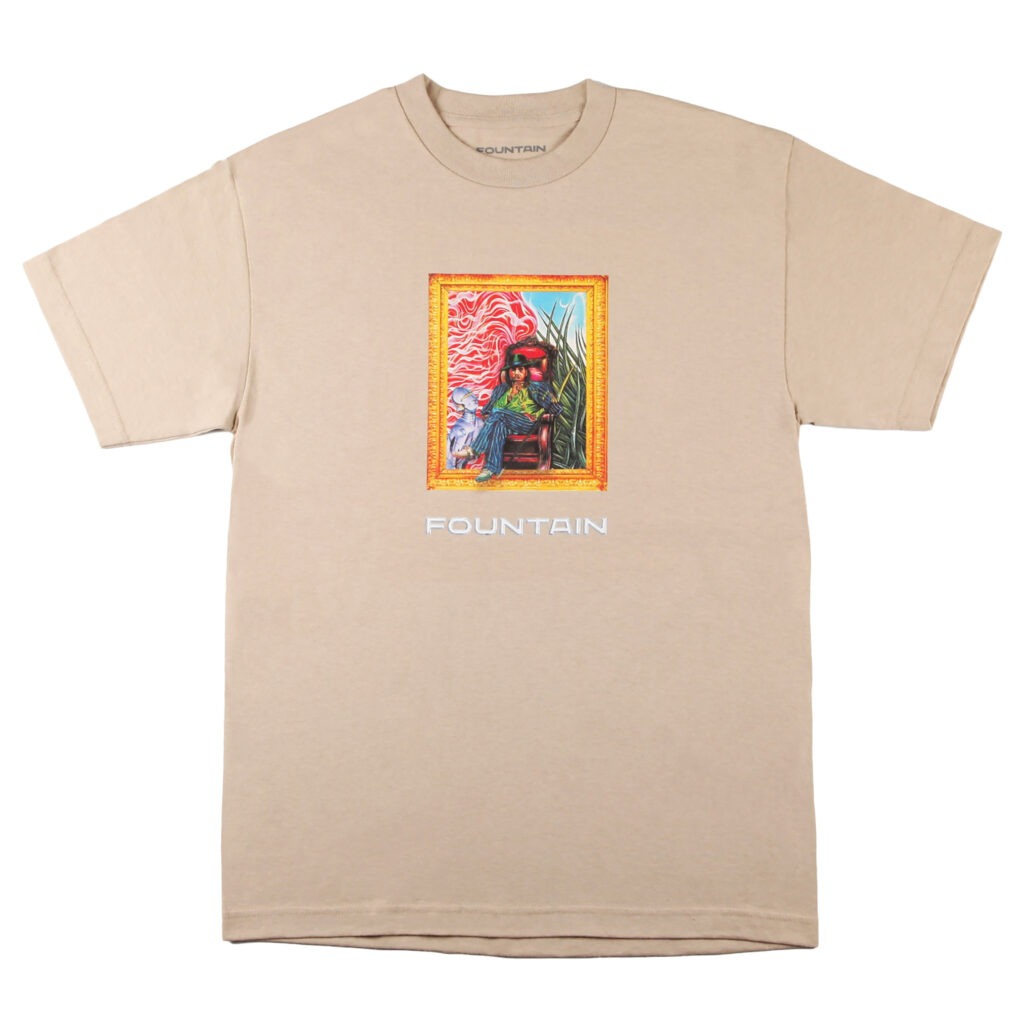 It’s clear you’re pretty into your music – with loads of your designs featuring little nods to various bands/musicians – how did you pick the songs for the video and what made you choose them?

There was initially a really long list of songs I wanted to use so I had to cut it down loads. I try to get a feel for the video and then incorporate music and see what works. I knew I was gonna use the Ebo Taylor and Mos Def tracks for a while but didn’t know how they would

come in. The Grace Jones and Sade tracks were a later addition that I felt completed the soundtrack. 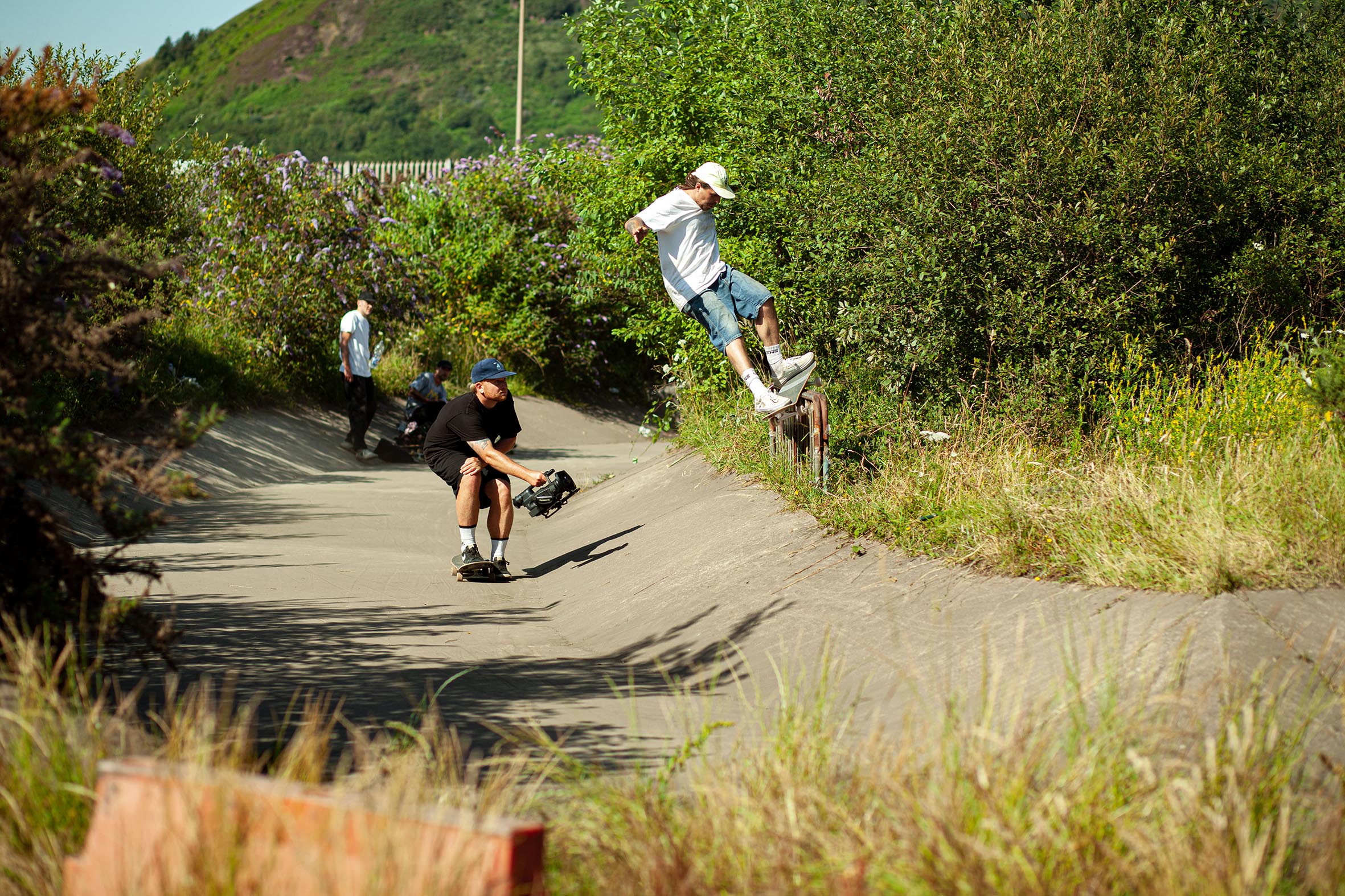 How do you balance running Fountain, working for CSC, and being an international model when you’re one of the least punctual people I know?

Hahaha, it takes a lot of planning, or lack of. It all kinda works out, though. When I’m on a job I’ll have my laptop with me so when I’m not on set I’ll be working on something. 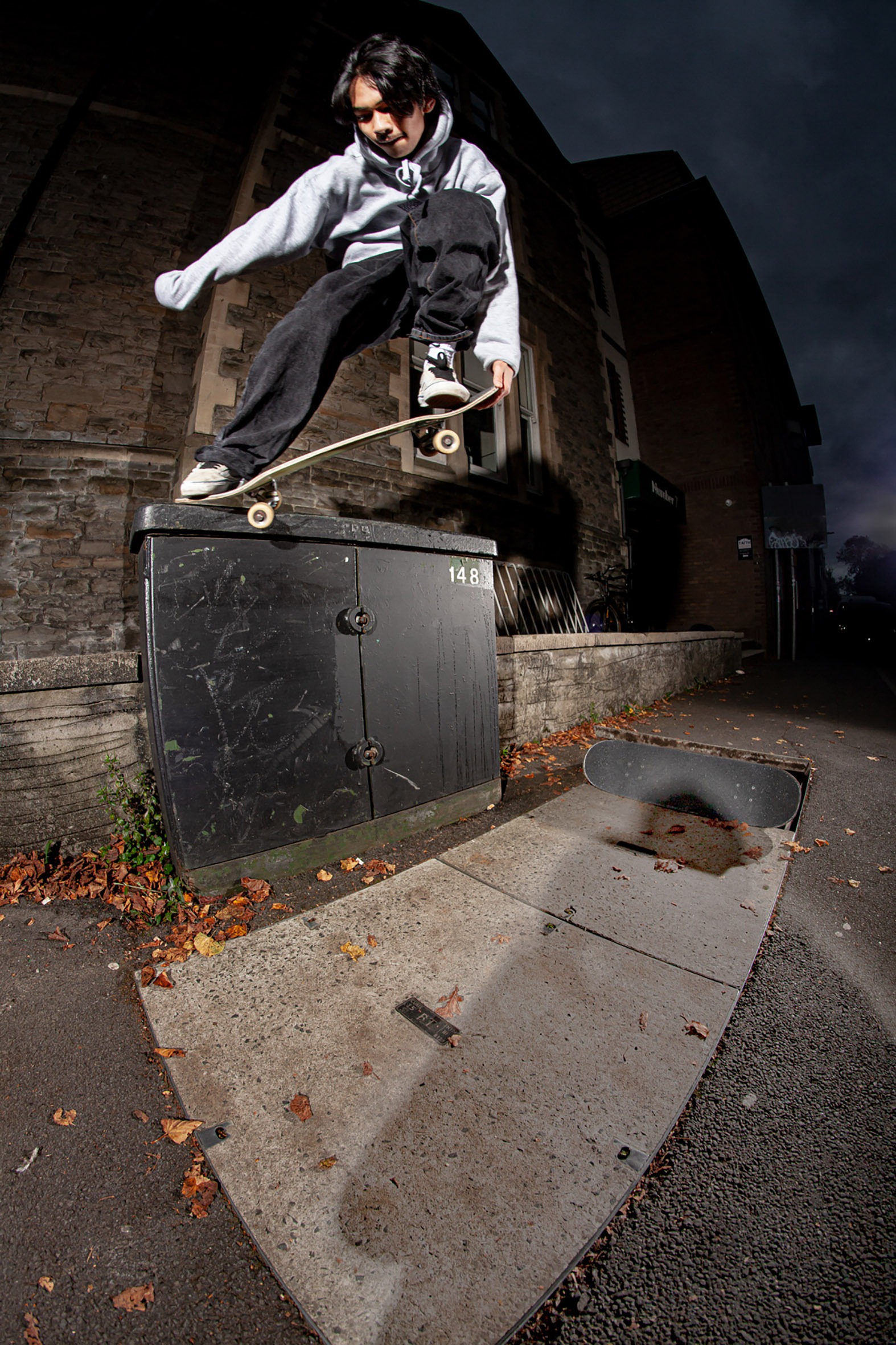 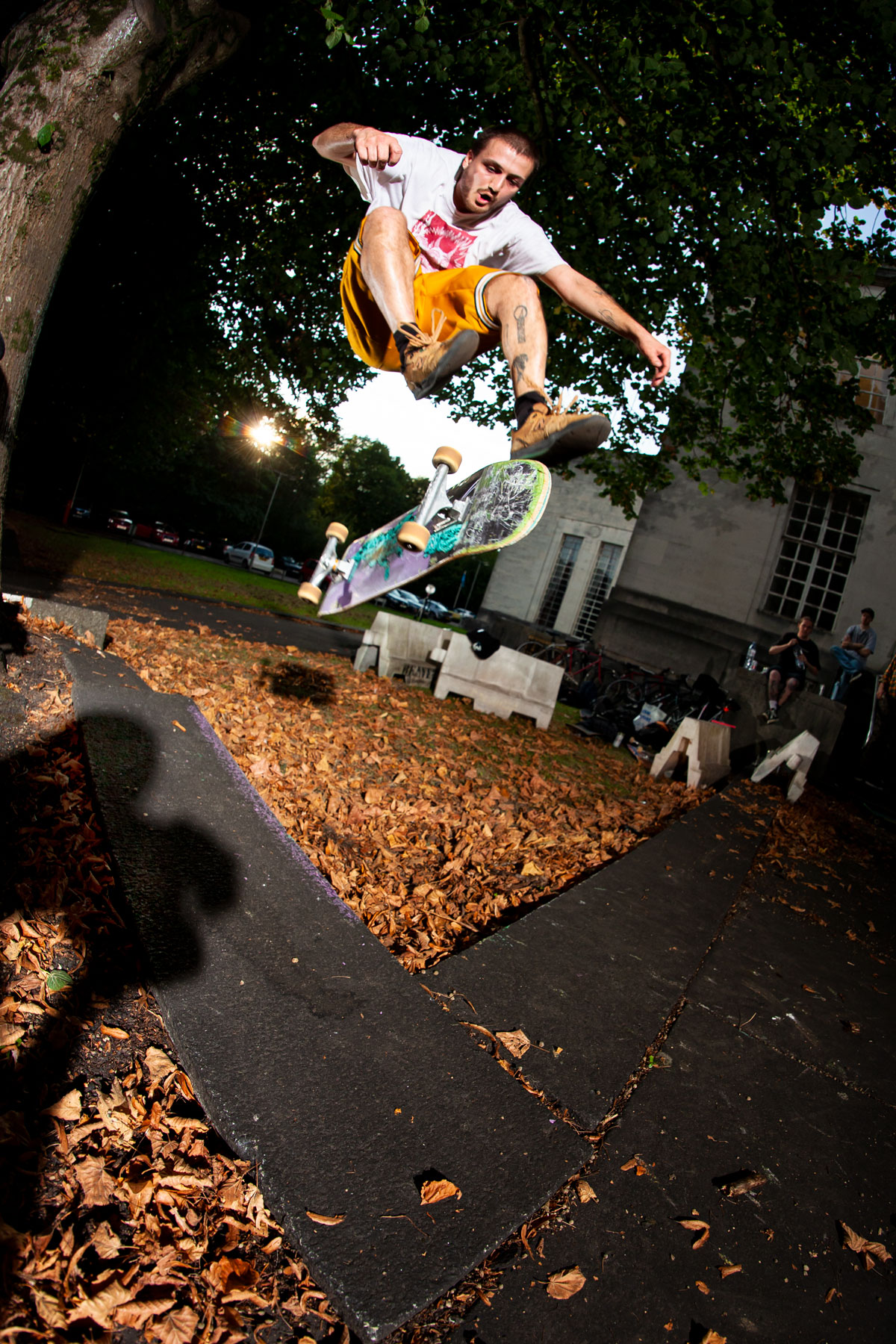 What’s next for Fountain? 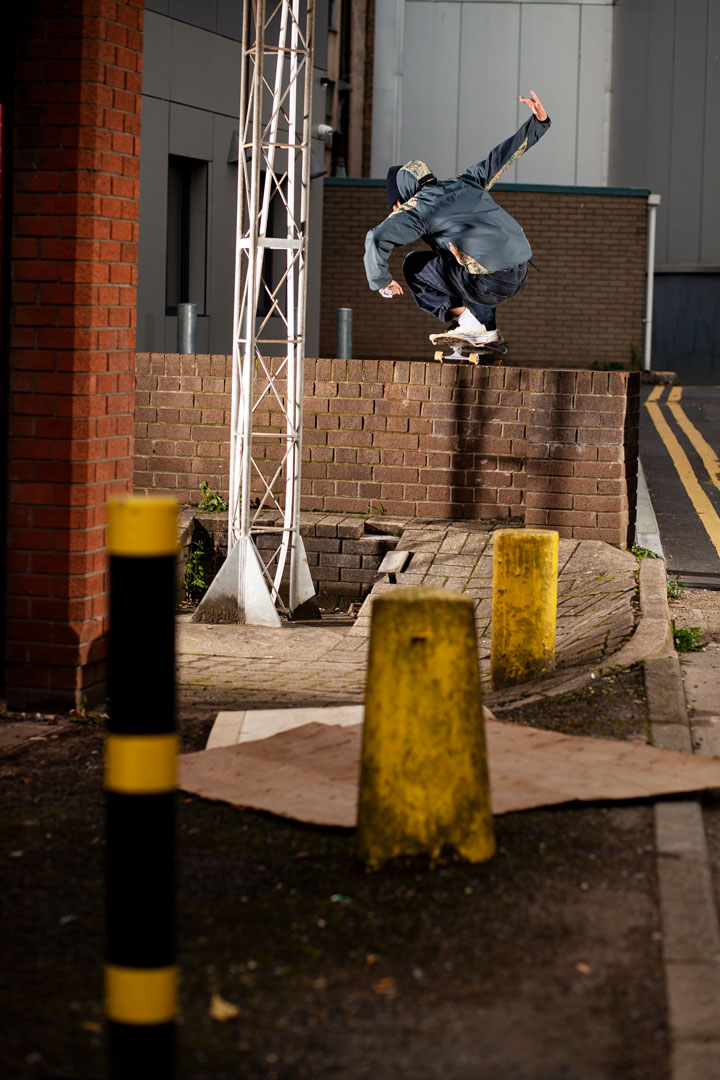 CSC x Fore-Cast x CRV WKD? Sounds like a right treat to me...

The Search for the Pegged Wolf – CSC x Fore-Cast Intl.

Cardiff Skateboard Club x Fore-Cast Intl. bring you their latest experience (after the most recent Vans Shop Riot in Manchester) where they went on a quest to find the Pegged Wolf. All documented by Tidy Mike, Harry Deane and Mike Ridout.

The Welsh Dragons of Cardiff Skateboard Club blessed you with Washer, Washer II but now it's time for their biggest yet: WASH3R.