If you are a regular to the world of Instagram, you’ll have probably noticed the semi-regular updates on the latest project to be birthed from the mind of strange board-hoarder Dan Cates; a video part filmed entirely on a skimboard outfitted with trucks and wheels, just search #skimboardposseforlife on that platform if you don’t know. Cates is no stranger to the outer reaches of board shaping, so we’re expecting this one to be a banger when it drops on our screens. We hit up Dan to find out more about the project… 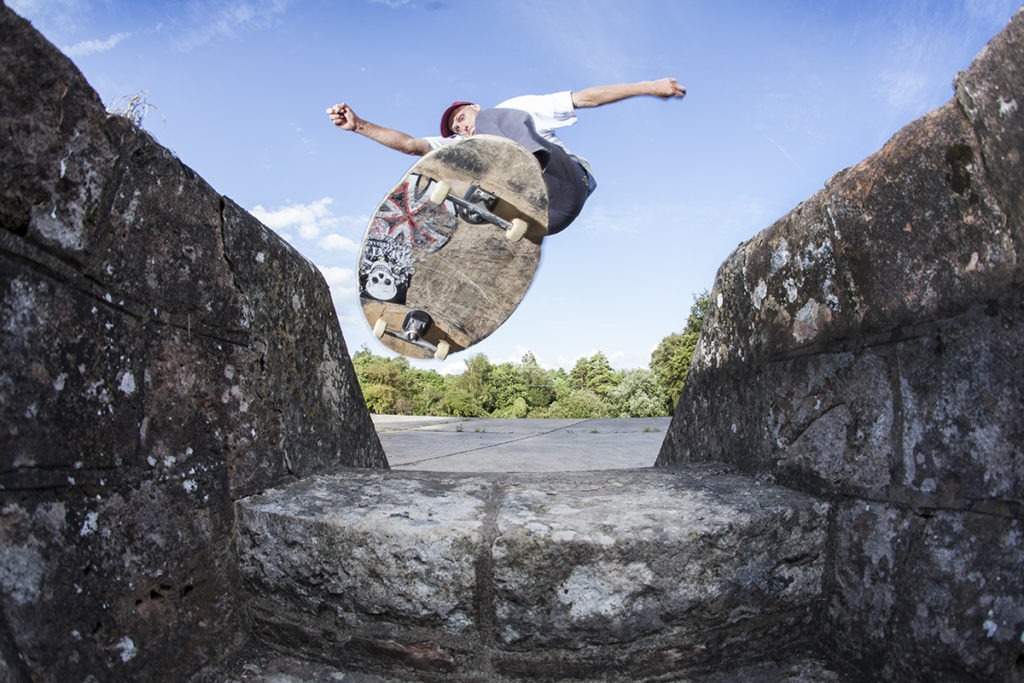 Words and Interview by: Jono Coote

So to start with, what decided you on putting together a full skim-themed section? Why not one of the other hundreds of obscurely shaped boards in your possession?

The skimboard is basically my go-to ‘obscure’ board of choice. It’s actually so much fun to ride because of its width and the way that it handles, there’s a lot of extra room for your feet which makes many tricks feel better than they do on a normal board – tricks like backside smiths and pop shove-its feel amazing. You can also do things like side stalls and side slides that you can’t do on a normal popsicle, so if I’m not on my regular board you will generally find me on the skimmer; especially if it’s a scenario where something a little special is called for. I’d always wanted to do a full skimboard part, but for one reason or another I’d ended up putting it on the back burner for years until I met Danger. He gave me his business card at a contest and told me he was down to film, the rest is history. 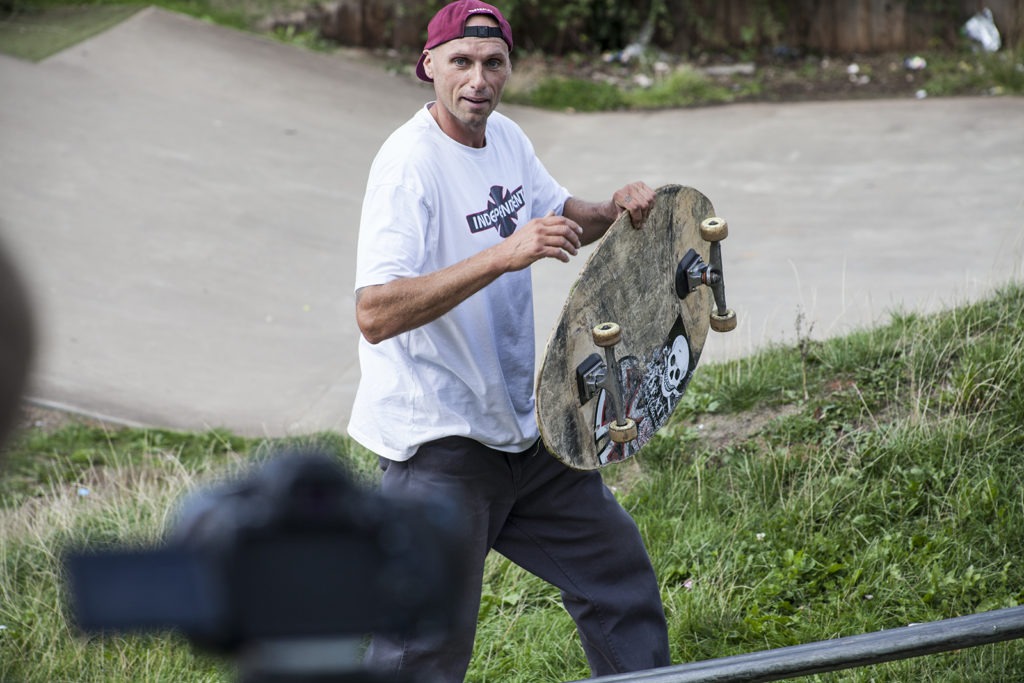 Was your DC Embassy clip the embryonic form of this new part? Did you consider donning a wet suit every time the camera came out?

Filming that DC Embassy part was seriously one of the most fun weeks of my life. A bunch of us, Mark Nicolson, Horsey, Harry Hughes, etc, flew out there to film a shop edit. As soon as we arrived at the embassy I went into the toilet and got changed into my wetsuit ready for business, when I came out ‘Winkle’ (DC Embassy filmer) had just walked in and was greeting the other. He turned around and saw me stood there in a wetsuit holding a skimboard and to the group’s collective amazement was genuinely stoked on it – saying something along the lines of “Hell yeah, let’s do this!” We started to film a few clips and after only a couple of hours he just told me that he wanted me to have my own skimboard part, I was blown away. 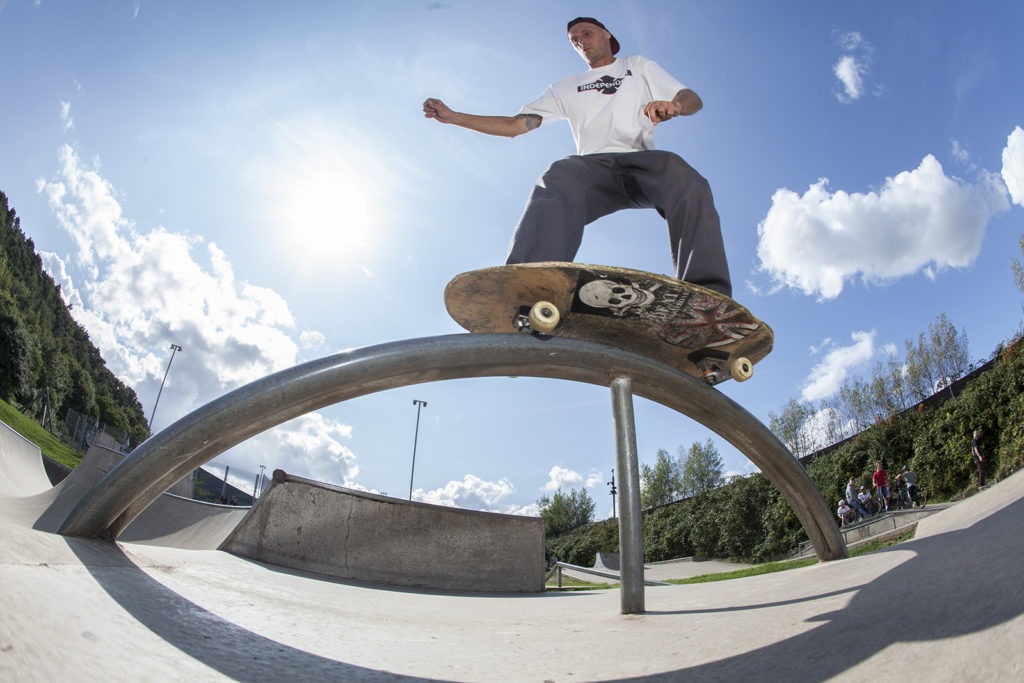 I knew what I wanted to do, and from the get go that edit was really just a tribute to Simon Woodstock. That guy was basically the greatest – always a massive positive influence, the pioneer of skimboarding and a kind of mentor for me, especially in the early years when I was trying to find my feet in skateboarding. The board that I was riding in the edit was even one that he had advised me on getting. So I was really just trying to pay homage to the guy that started it all off. Check out his original skimboard part in the second Thrasher video; it’s a pretty tough act to follow, even today. As far as donning the wetsuit on the streets goes, yes I did consider that but it didn’t end up happening this time around. I’m sure it will at some point though, as I’m not done with skimming just yet.

You spent some time with the Indonesian skimboard posse in Bali while this was coming together – did anywhere else on the globe get skimmed other than there and the UK?

Danger and I managed to get a couple of clips in Sweden while we were out there for Vert Attack, but the bulk of the part is filmed in Bristol. 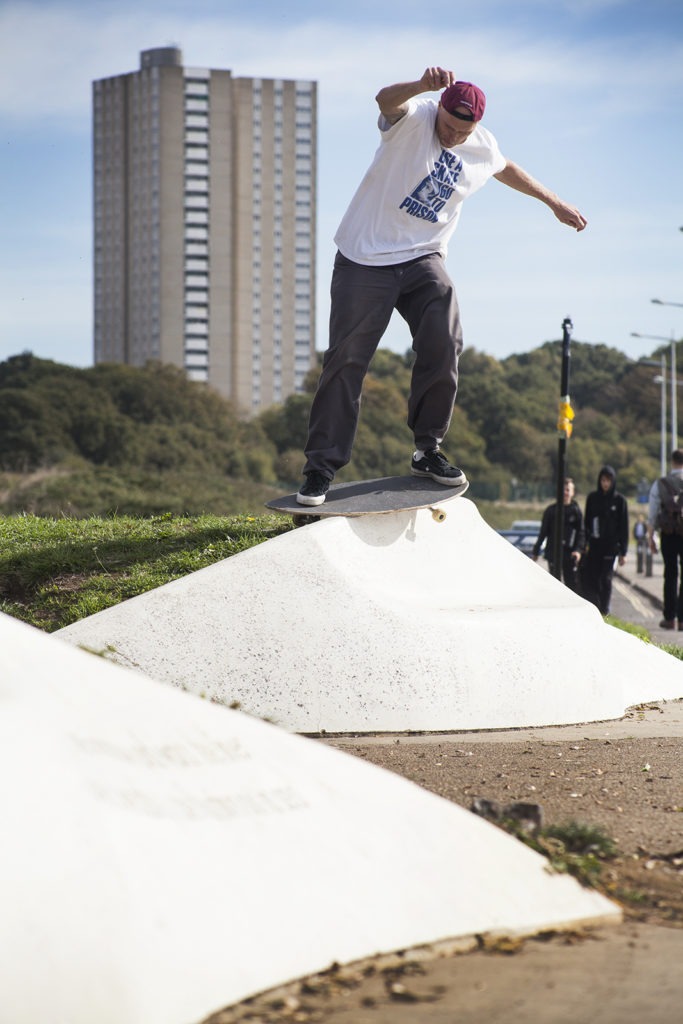 Have any of your skimboard posse got cameos in the part?

Yes there are a few cameos in there actually, though not as many as I would have liked. We never managed to get the Joe Habgood clip that we wanted, but Ryan ‘Clev’ Price helped to make up for that. He’s a natural born skimmer. Seriously, ‘Clev’ kills it. 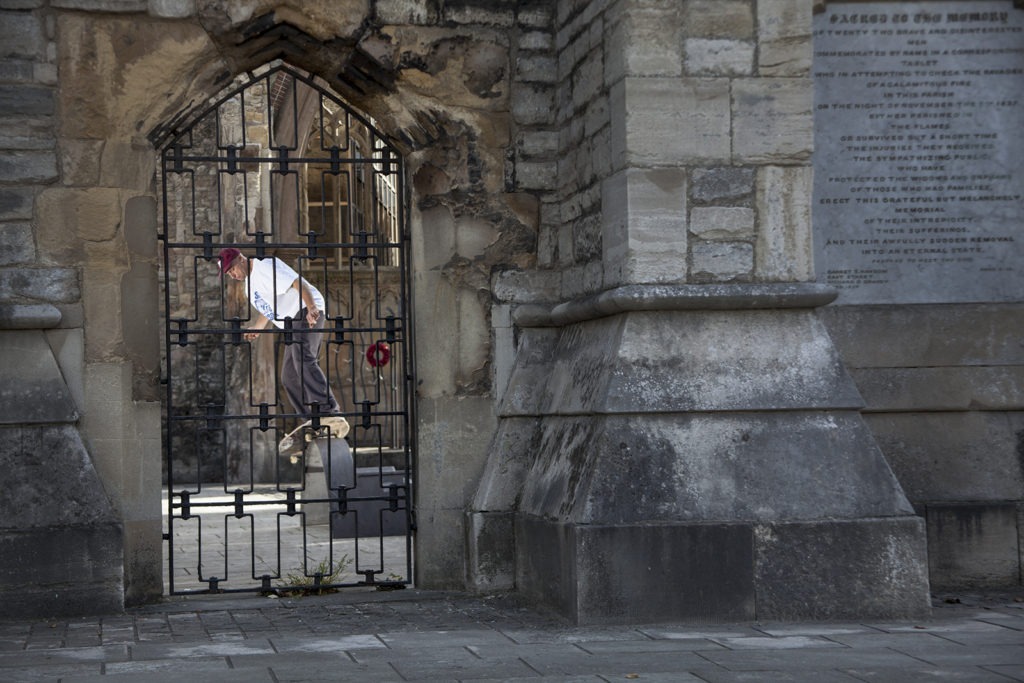 How integral was skimboard masterlensman Danger to this project coming together?

Where do I start? Reasons why Danger is the world’s best skimboard filmer: 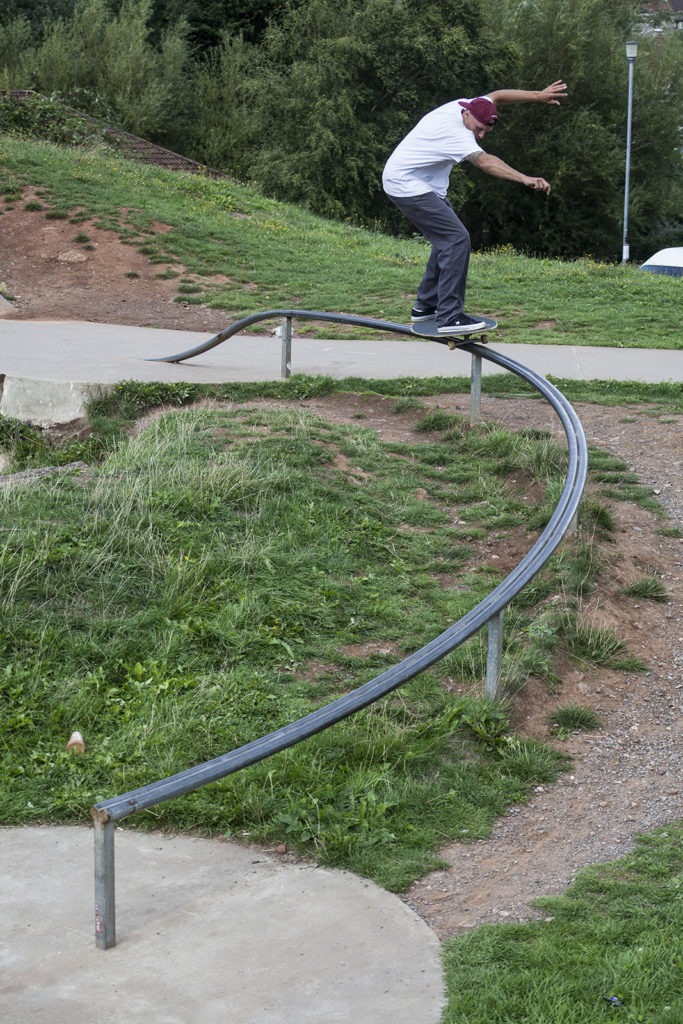 Without Danger there would be no ‘Skim And Destroy’, it’s as much him as it is me, it’s our project. We take it seriously in the same way that you would if you were filming some gnarly video part for Zero or something like that, but at the same time we never lose sight of the fact that we are two grown men filming skimboarding in the streets. A massive thanks also has to go out to my old friend Joe Habgood, who was pretty much our third musketeer every time we were in Bristol. He always put me up at his place whenever I needed somewhere to stay and usually came along to add moral support when we were filming. Joe loves a bit of skimming. 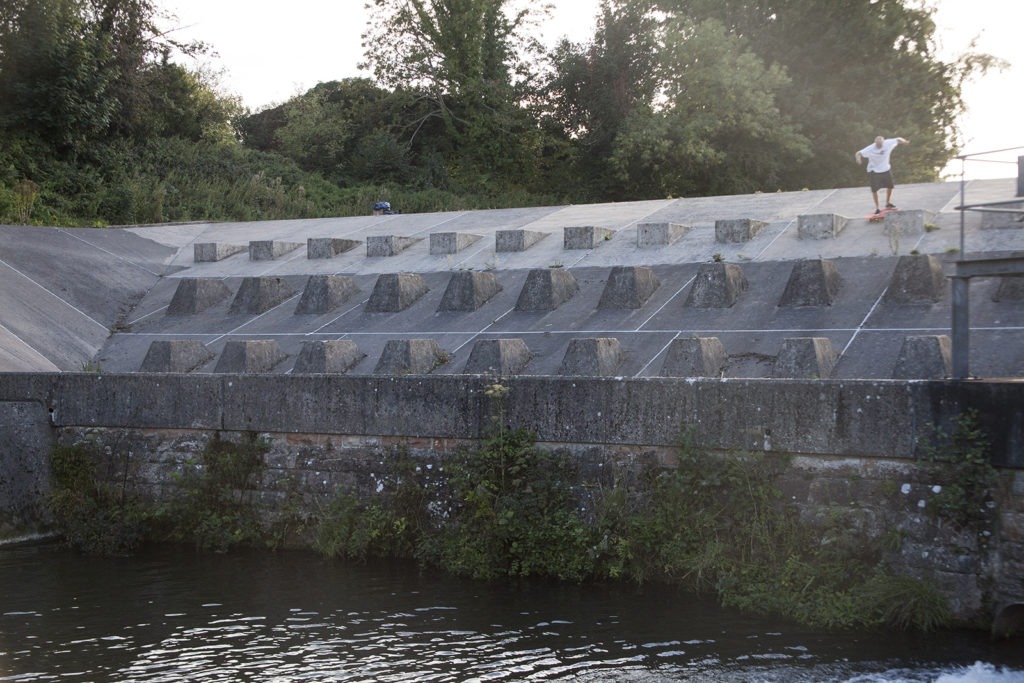 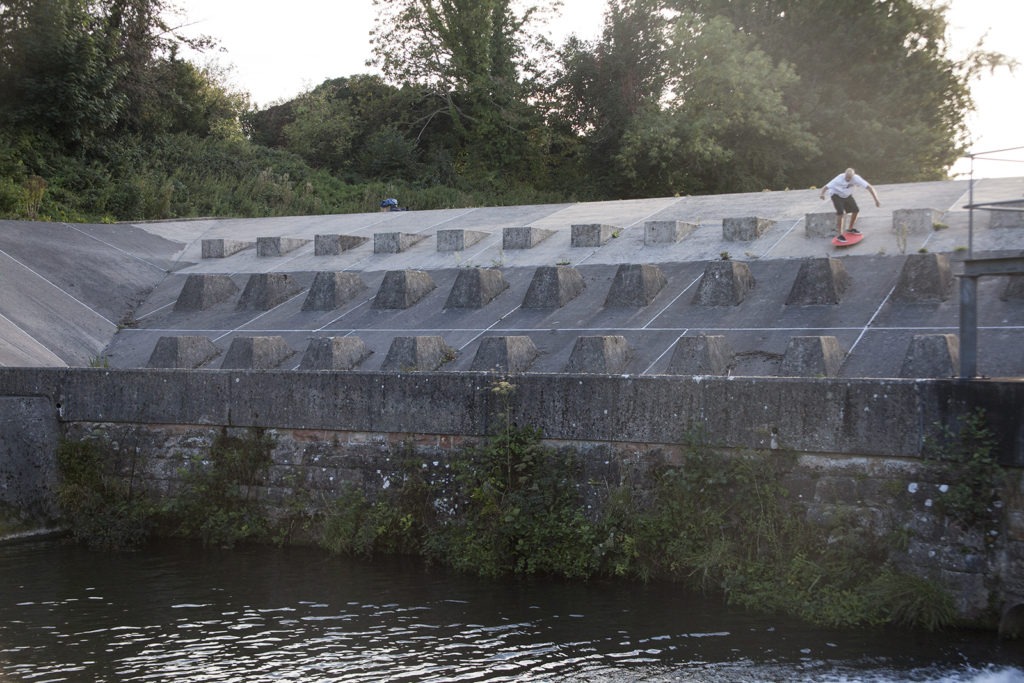 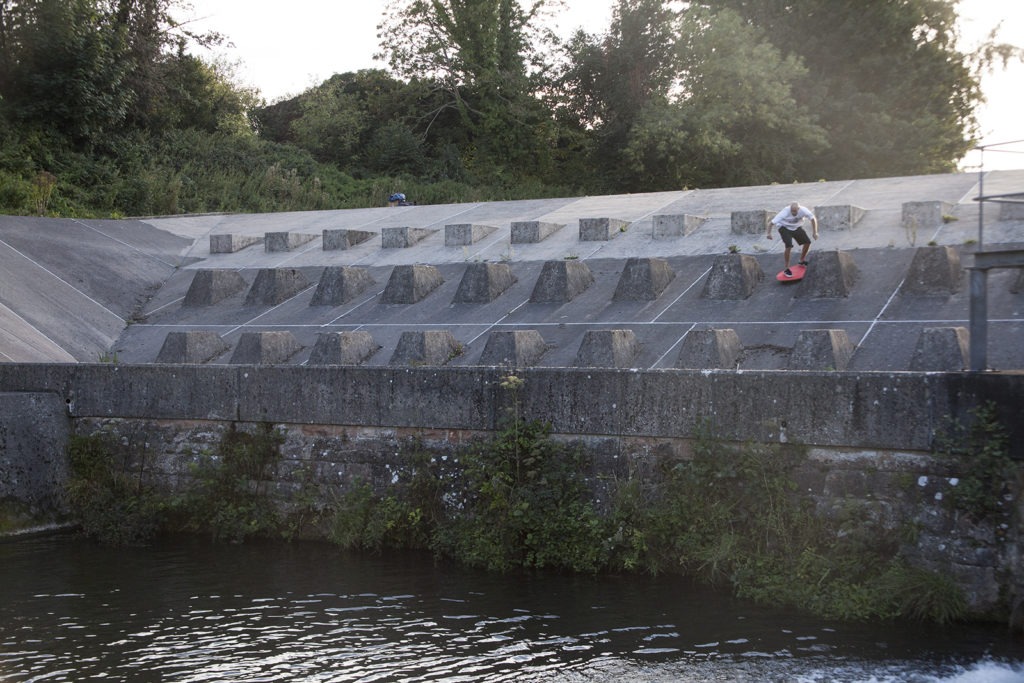 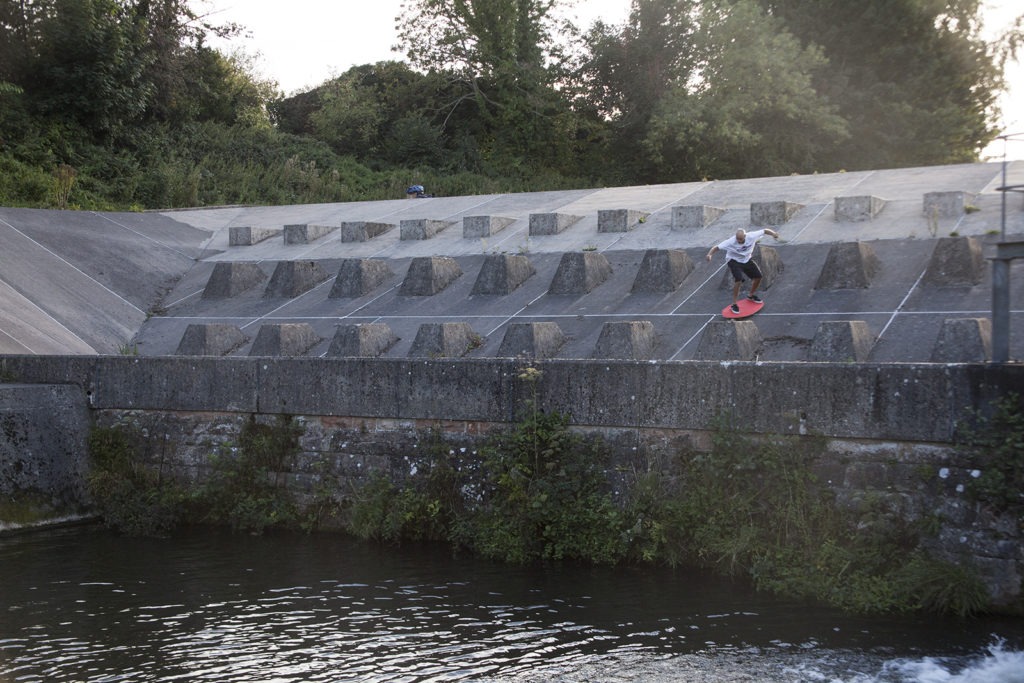 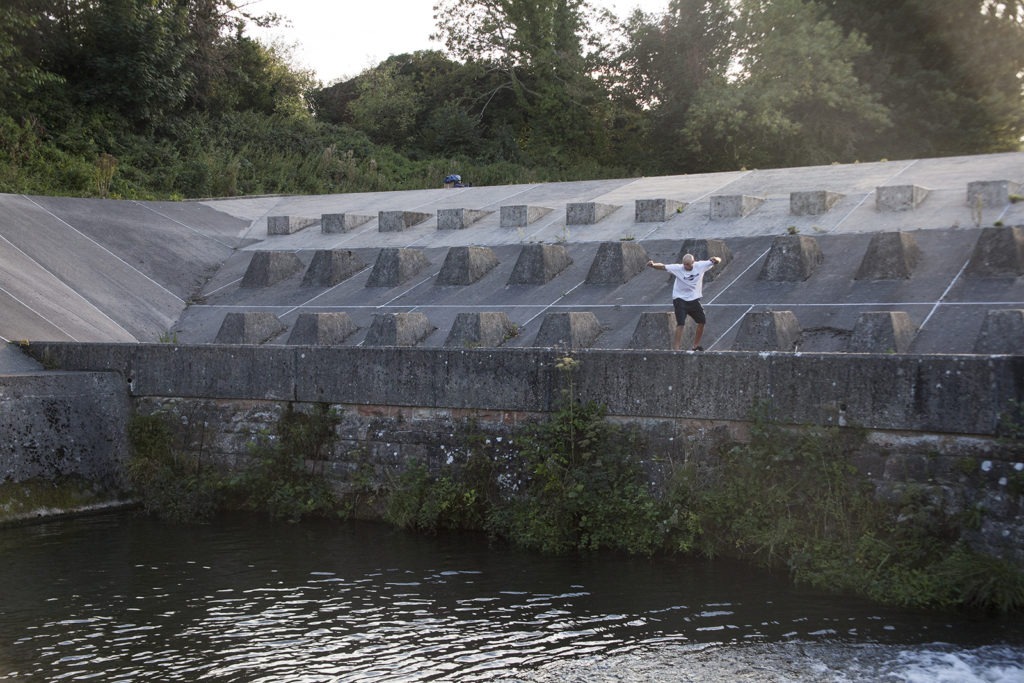 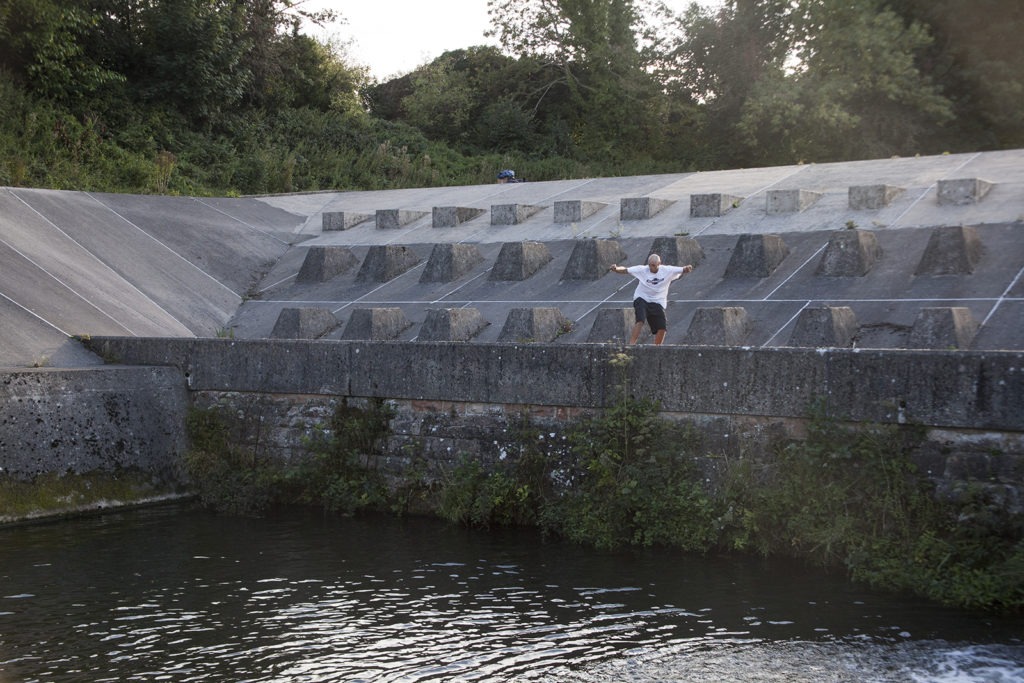 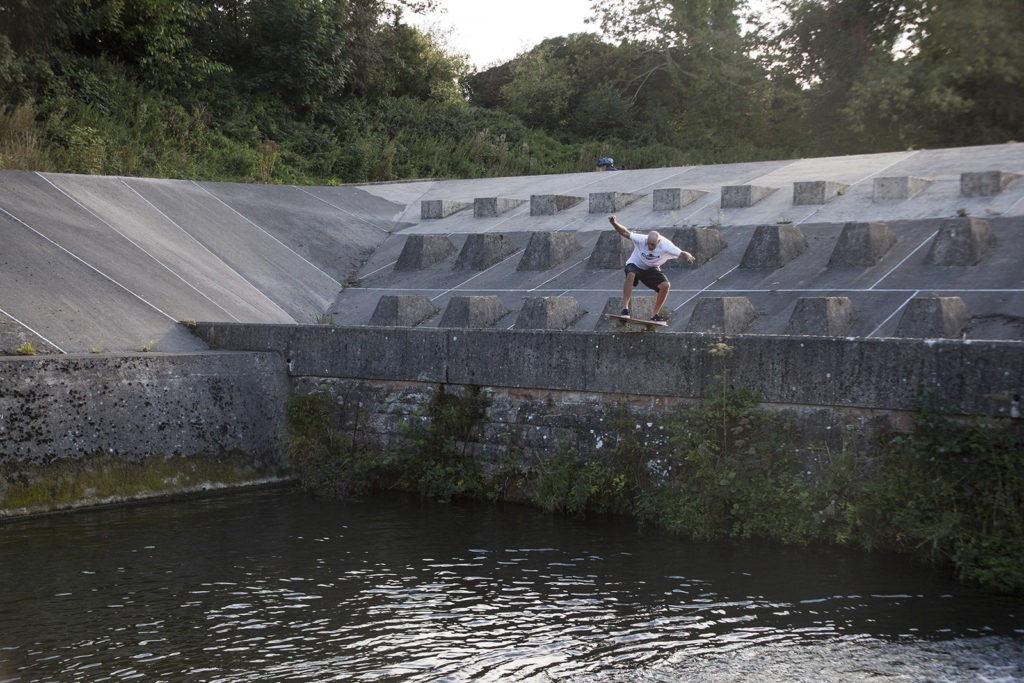 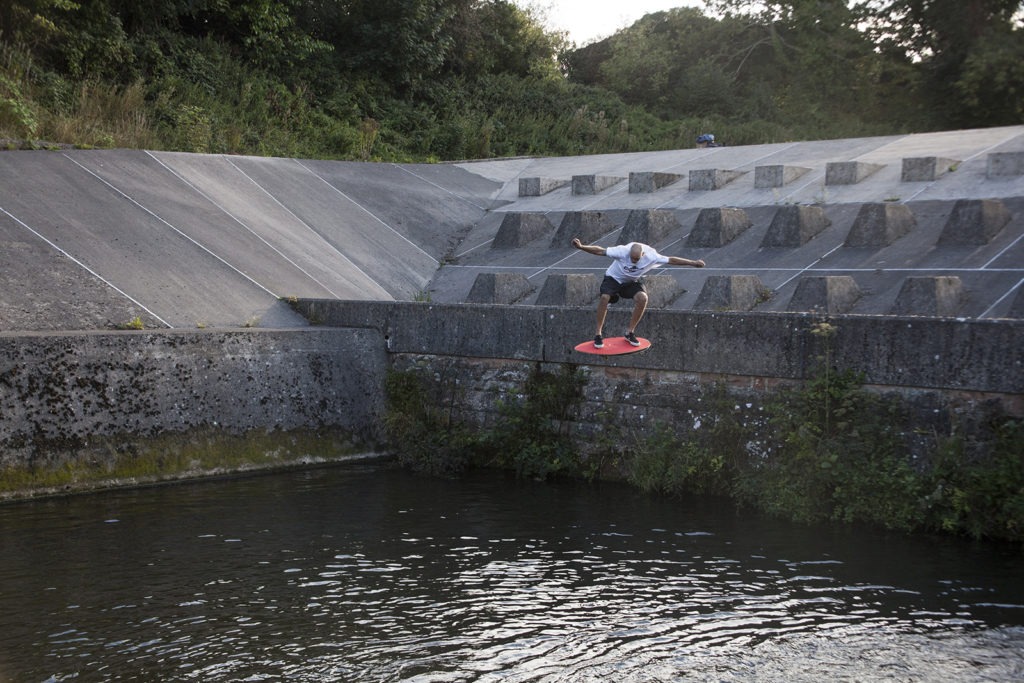 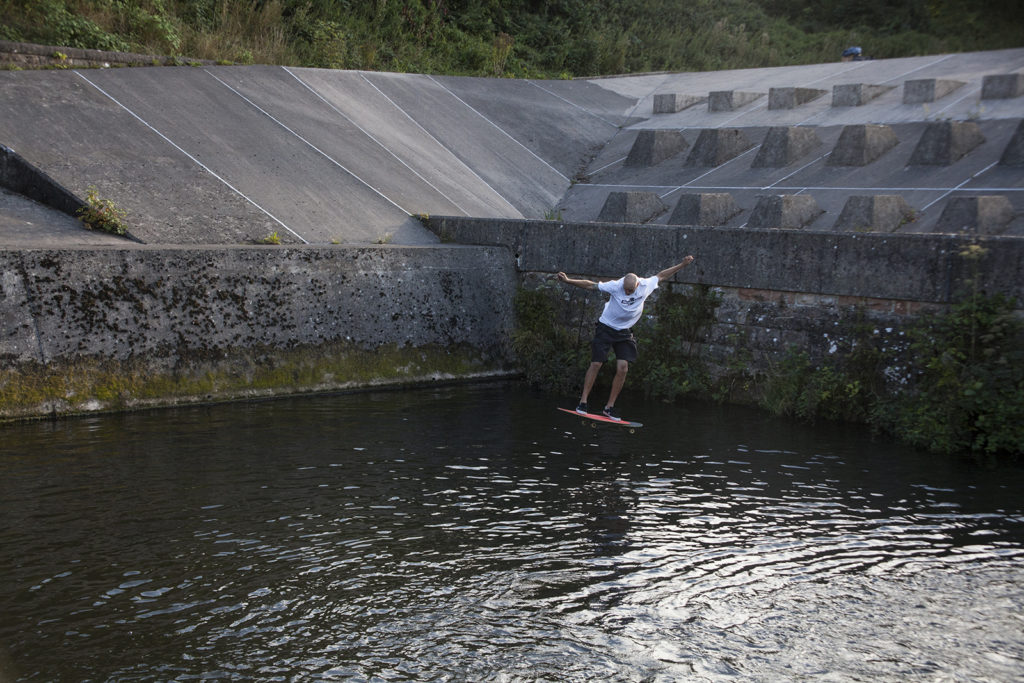 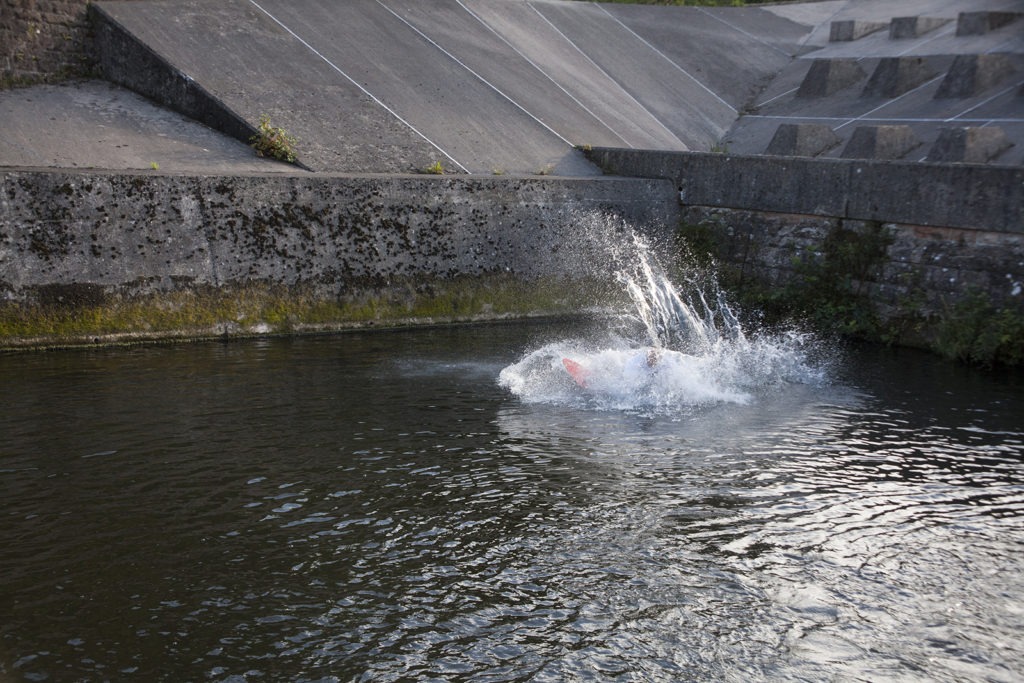 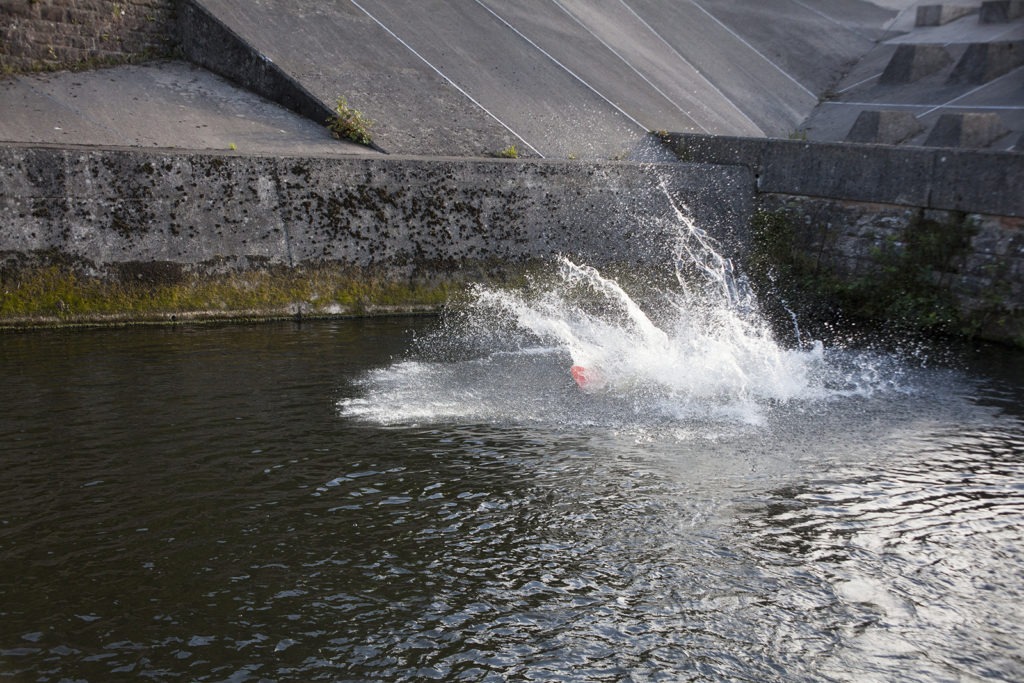 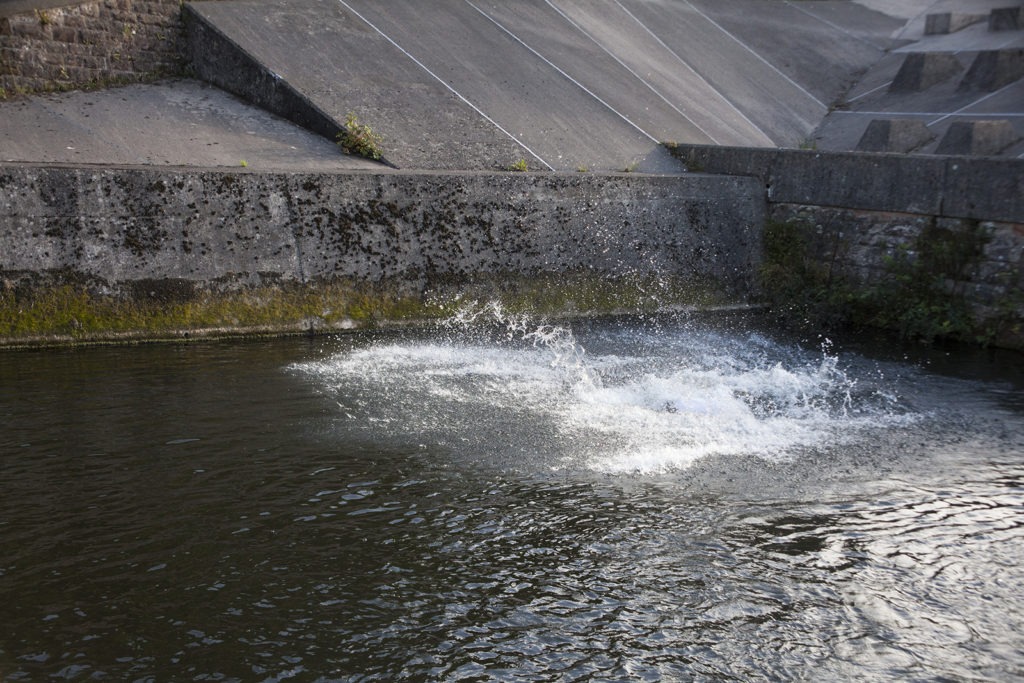 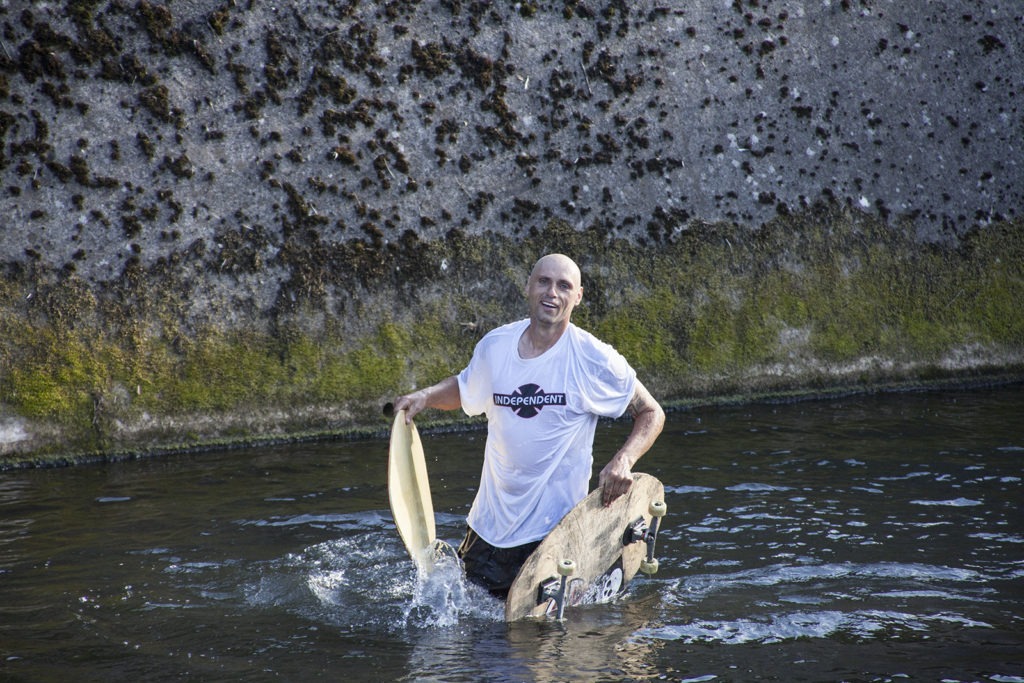 Are you ready to get back to a regular popsicle, or are there further obscurities to stick trucks and wheels on before that happens?

I am back on my regular board, a 9″ Zarosh pool shape to be precise. I’m taking it easy for a bit, but there will no doubt be a lot more skimming to be done when my Death Skateboards limited edition pro skimboard comes out later in the year, right Zorlac? 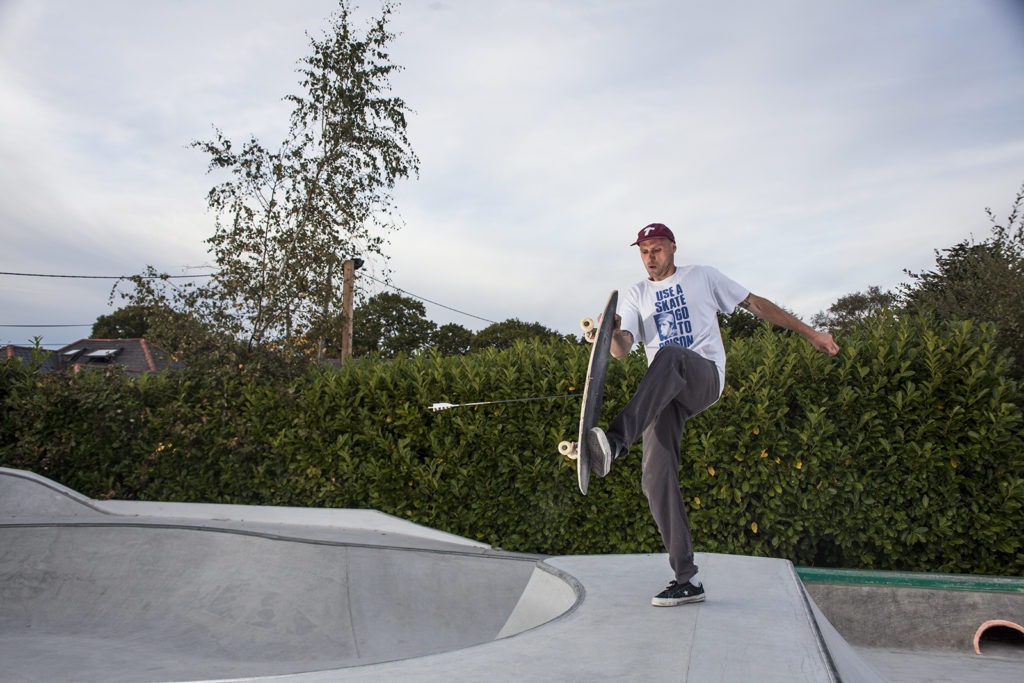 To finish up, here’s a few questions I lifted straight from an unnamed skimboard publication to give this interview the proper skimmed flavour flavour; It seems like you have really gone full on as far as making skimboarding your career and your current path right now goes. Was that a big decision for you?

Did it feel like a risk to make skimboarding your career?

It seems like you’re doing Instagram right in a lot of ways. You’re putting up videos that get spread online. You’re generating engagement. Has that been a conscious strategy that you’ve slowly worked on?

Having a conscious strategy that generates engagement is the most important thing in life. Right?

Blatant localism all the way bro.

What’s the most creative trick you can do? Are you the only person doing the monkey crawl to widdley flip?

What impact would you like to leave on the skim community?

All joking aside, I’d love to become the first guy to get sponsored by a legit skimboard company solely for skimboarding in the streets.

Skim and Destroy with Dan Cates by James ‘Danger’ Kenning

Death Skateboards Big Push 2006 hosted through the almighty Document Magazine in the past. Crust lovers rejoice!