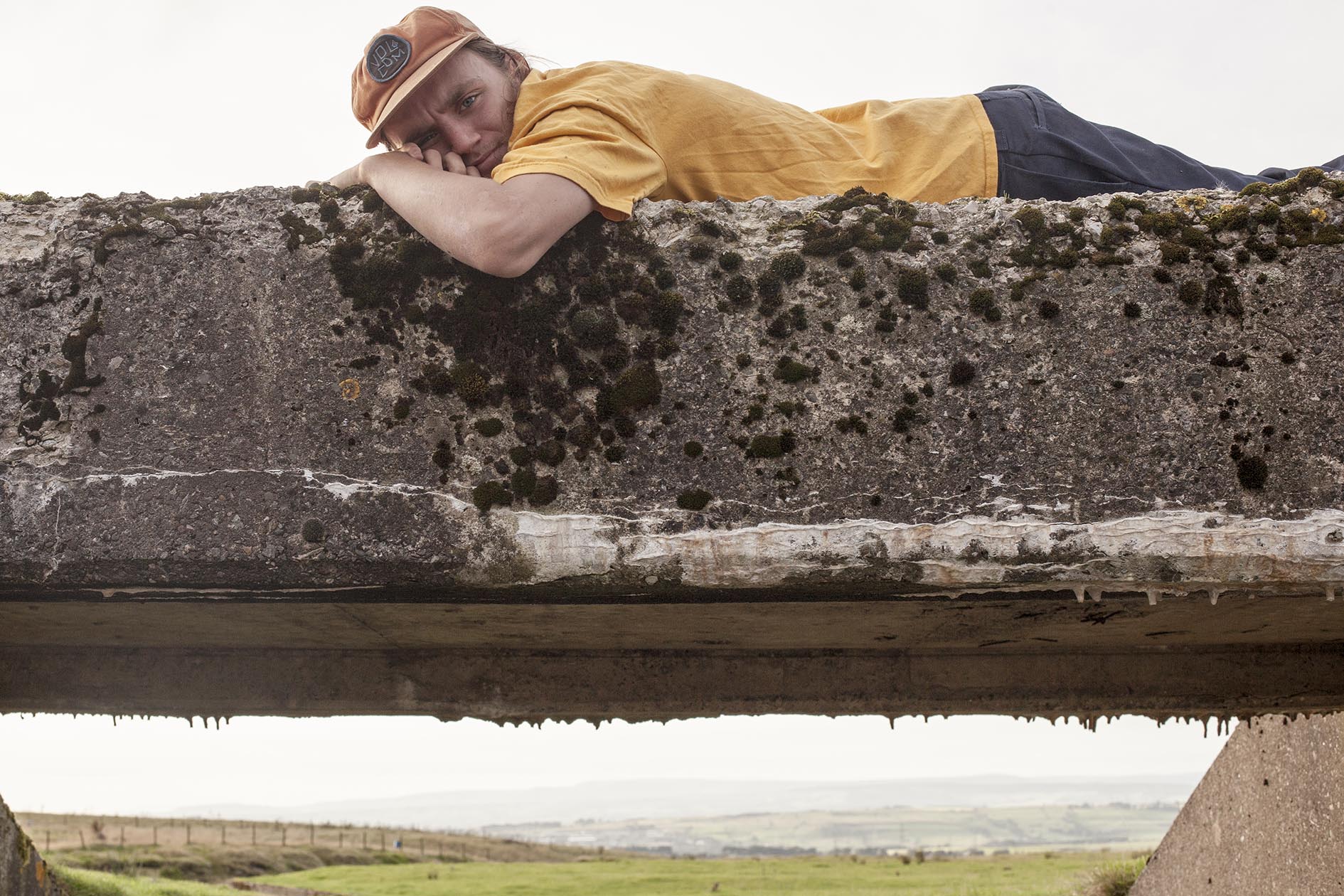 Heroin Skateboards have hooked us up with an exclusive premiere of Zach Riley’s ‘Magic Sticky Hand 2’ part, to which we thought we’d expose Zach’s charisma through a young accompanying interview.

Stimulate your senses by watching the part in question, but not before reading about Zach’s connections to curst annihilation, city hopping and Princess Di memorabilia below. 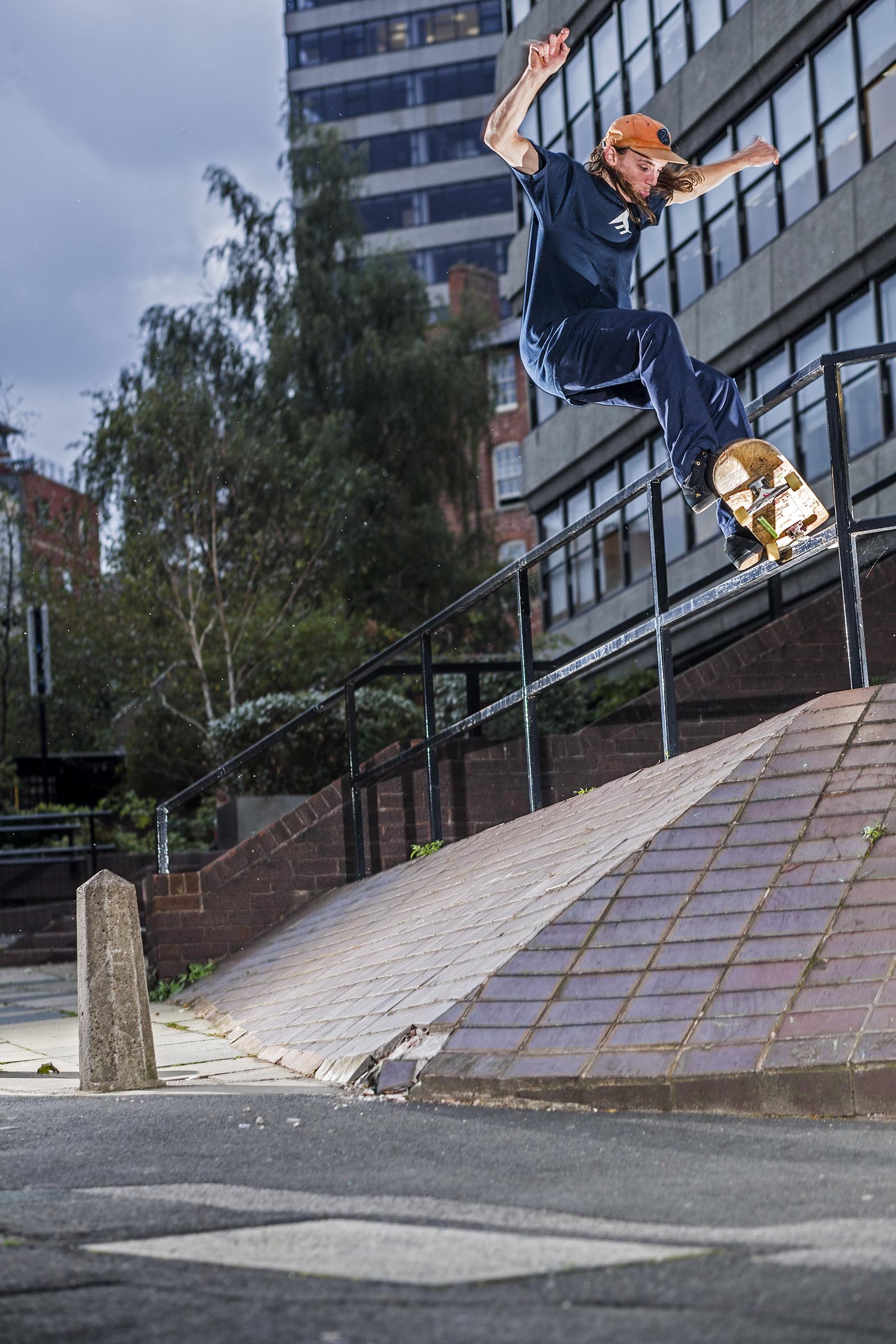 You’re from Grimsby originally, was it by any chance Sievehead who got you into skating and was this where the desire for crust first started?

Yep Great Grimsby or as sir Elton John said “My Grimsby” A tune he sung in 1974… Ha. Aw Dave Walker, nice that you’ve brought him up, but yeah I sure did grow up skating with them lot the older boys! They were all like my sisters age or just a little older which is a good seven years on me but that was great for me. Liam Matthews who’s actually in the band Eagulls is probably one of the main reasons I am skating now because he literally lived across the alleyway from us! So I was around skating from a youngish age and my brother skated so we did what all of us did then; make ramps and wax all the curbs on the corner of our street. We started to form a nice little crew around us, which was a nice time and yeah I don’t know, just made do with what we had and Grimsby is quite crusty. We all used to love skating on the Docks too, a very smelly and crusty place to be haha. 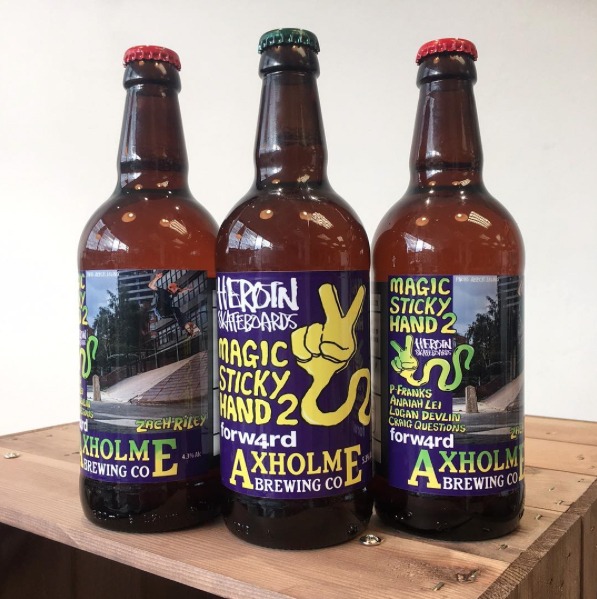 IYou then went to Manchester before moving to London. Do you think you’ll keep city hopping and what originally brought you to Manchester?

City hopping haha yeah well I am just going to see what happens really..  Definitely hope so anyways. I managed to just leave Grimsby at 16 and move in with my sister, which was just the sickest way of getting out and actually just learning about what I really wanted to do you know? Plus I’ve just been heading across the country  for years so got to know quite a lot of the skate scene so that was dope to know too! Felt like a second home just like it does now I guess always back and forth from London to Manchester!

Were you relieved that you were already sponsored by forw4rd when moving there so didn’t have to decide between black sheep and NOTE?

Nice question, well yeah it’s for sure a relief because both of the shops are so sick! It’s also just dope knowing that you’re welcome at both as well.

You’re now in London studying fine art. What is your preferred medium? Your collages and pen over film photos are dope, are there more mediums you want to explore?

UEL which is 3rd to last stop on DLR going east.. “DLR LEGEND” from yours truly (you) haha. Well I am working with quite a lot of mediums from Printmaking, projections, sewing machine, readymades and some others and yeah mainly collaging them together remaking/interfering with history. I think I am going to try do a couple of sculptures in my final year and see how I handle with that. 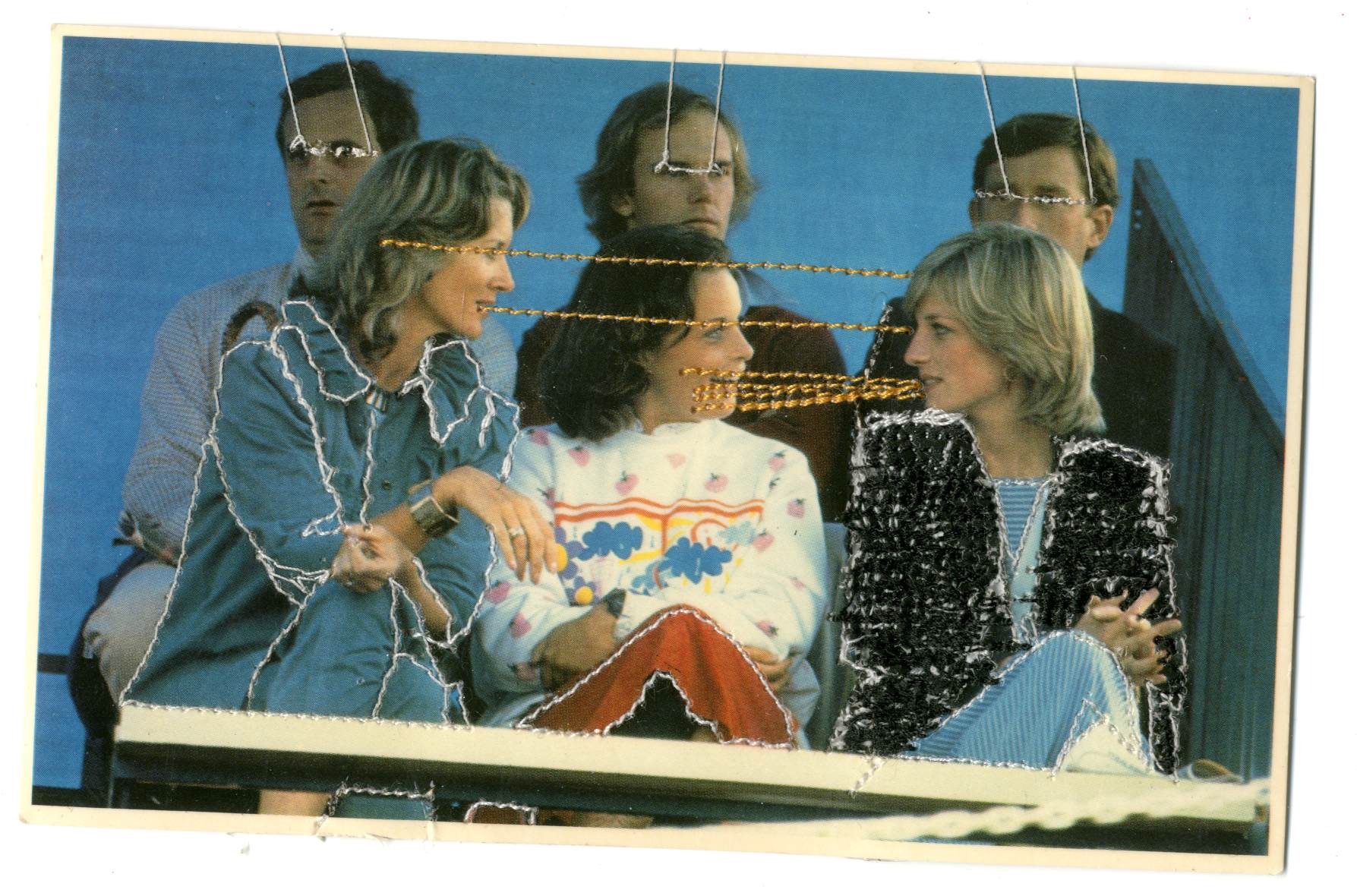 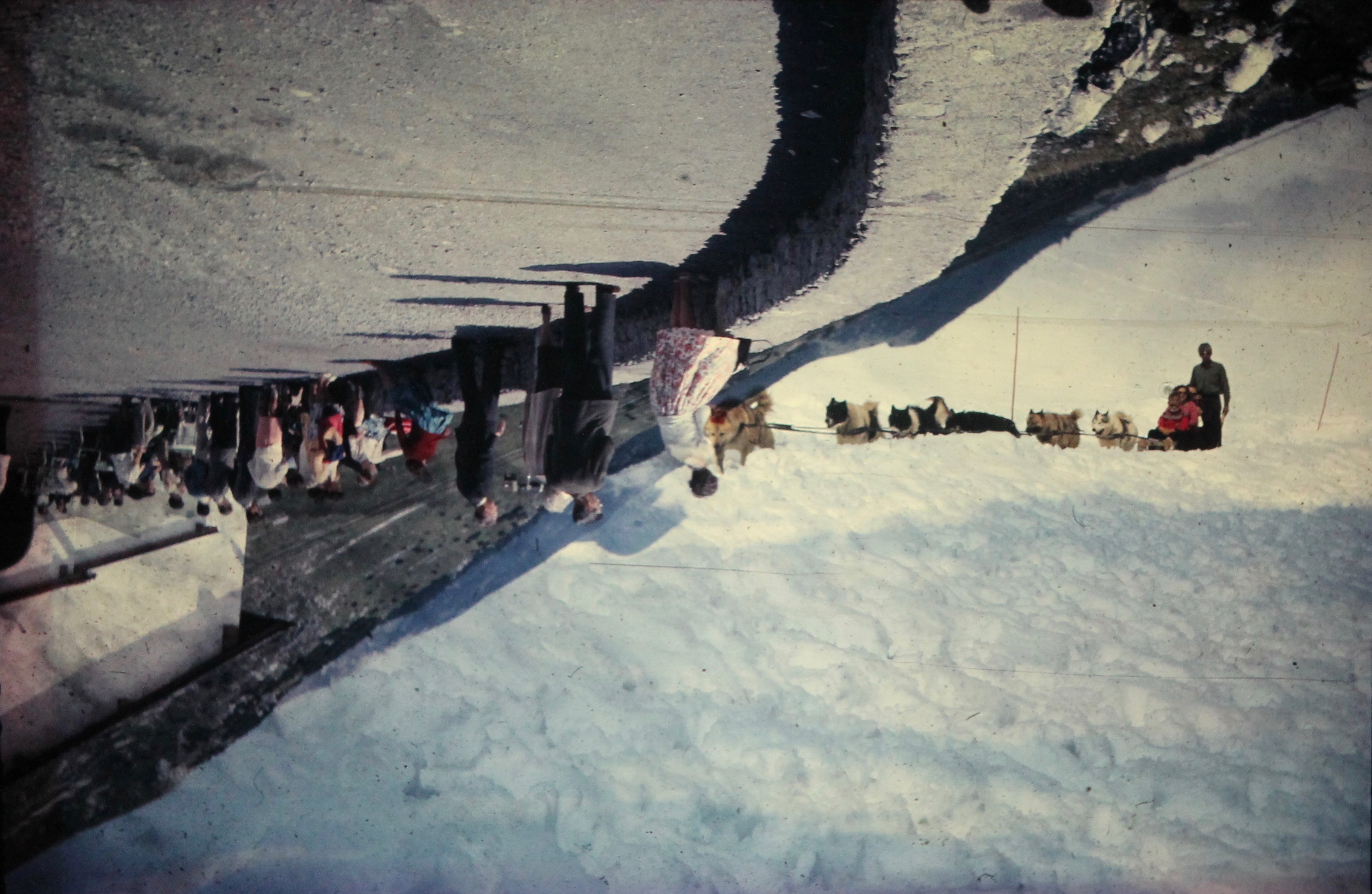 Your old Monarchy photos that are collaged over are sick, is your house filled with Princess Di memorabilia?

Oh yeah my postcards of Lady Diana. Well I got them from a car boot when I was last at Tom’s in Sleaford and now I’ve actually got a nice stash of stuff from my mum’s old scrap book and a bunch of news clippings and posters from when she came to Grimsby to open the hospital. Kinda creepy but yes I’ve been taking them postcards through a sewing machine and remodelling and creating new narratives with and stitch and how I am applying stitch with each one different showing off the self radical, delicate and iconic women.

Who are some of the artists you admire?

Manchester has a particularly creative scene in regards to this as well. Antoni Tàpies, John Baldessari and Robert Rauschenberg. No doubt the likes of Keanu Robson, Leo MacDonald Oulds, Joe O’Donnell and plenty of others always interesting, throwing ideas between each other because we are on with other things! 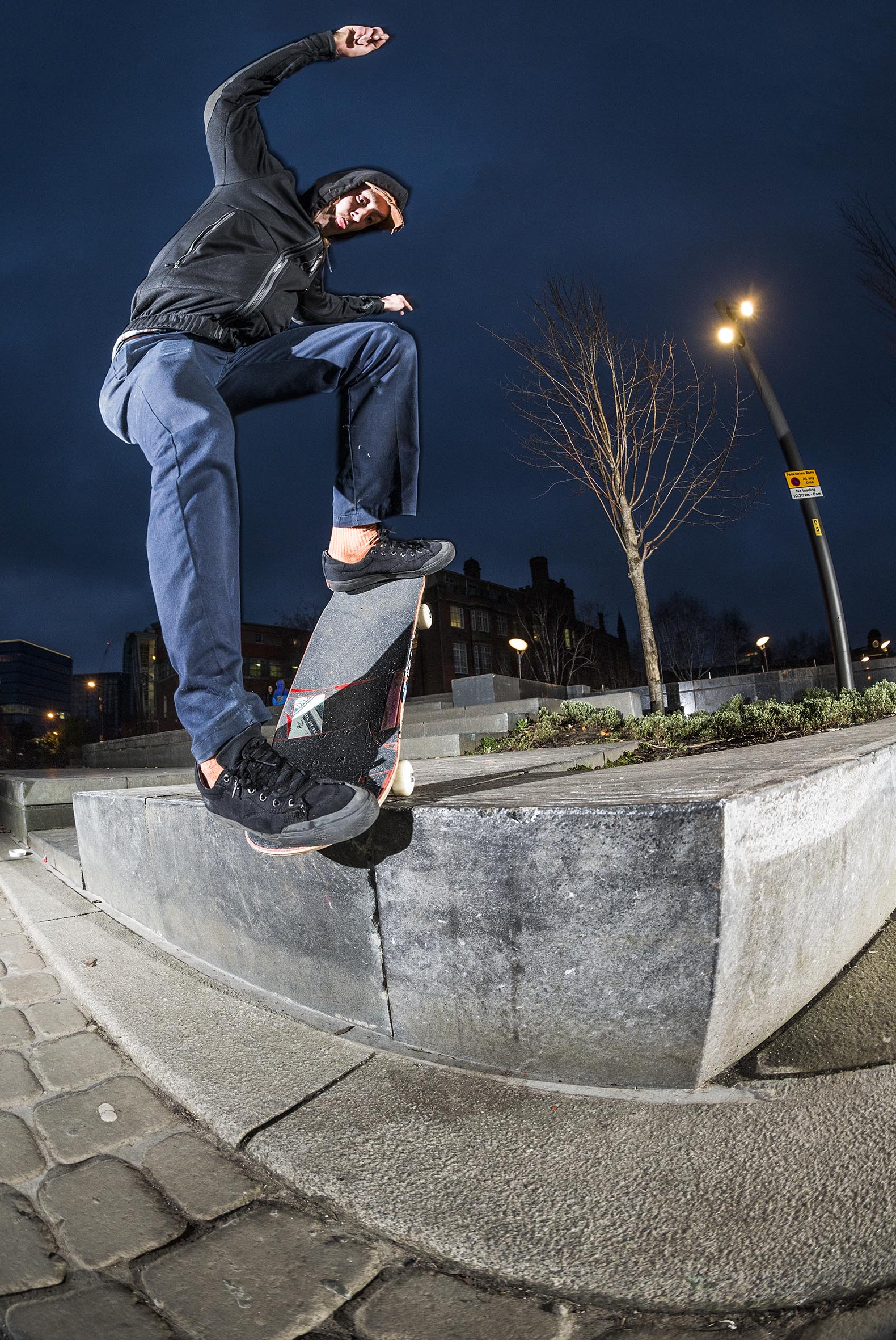 You, Tom Day, Joe O’Donnell and Phat Jim smashed it in ‘land’. Are there any good stories seeking the crust for your magic sticky hand 2 part and where’s one of the strangest places you’ve gone spot seeking?

Going out and filming for ‘Land‘ was a real treat, me and Joe managed to sneak in with Tom and Jim in the van. Just arriving at the maddest places and spots mostly in the middle of nowhere was always great. Whilst walking up fields to one of the spots there was just a bunch of dead sheep lying real rough haha. Still to this day wondering what Craig Scott would of done with the site of this haha. For spots I was just trying to hit up things which were awkward to get to or that you had to build up to. That was just a bit of a task, hitting lesser known spots , but I’m excited to see it all in the video and everyone else kill it.

Did any of you fall out and storm off into the wilderness in a huff at any point?

Luckily nobody did too much falling out haha. Just making cracking dinners outside and just hanging out at Tom’s static caravan. Although I remember it being like seven in the morning and Craig was sleeping outside because he’s a cowboy and all. He was just having a conversation with one of Tom’s chickens, entertaining listening to him just arguing and trying to have chat with this chicken.

When did you realise you were having a part in the new Heroin flick and what were some of the highlights for you filming for it?

I knew there was a plan of making a clip since I started getting boards from Fos / Nick. Then we got an email one day saying that they have idea of announcing a bunch of riders through a full video which became Magic Sticky Hand 2, a sequel to the classic 2006 Magic Sticky Hand where Heroin did the same thing. So yeah it’s me, Aninah Lei, Logan Devlin, Pat Franklin, Pro boy Craig Scott and the rest coming through with a couple of clips each. Highlight, hmm landing the tricks and being able to film a couple of things in Grimsby ha. Thanks Isaac Wilkinson for coming with me there mate ha. 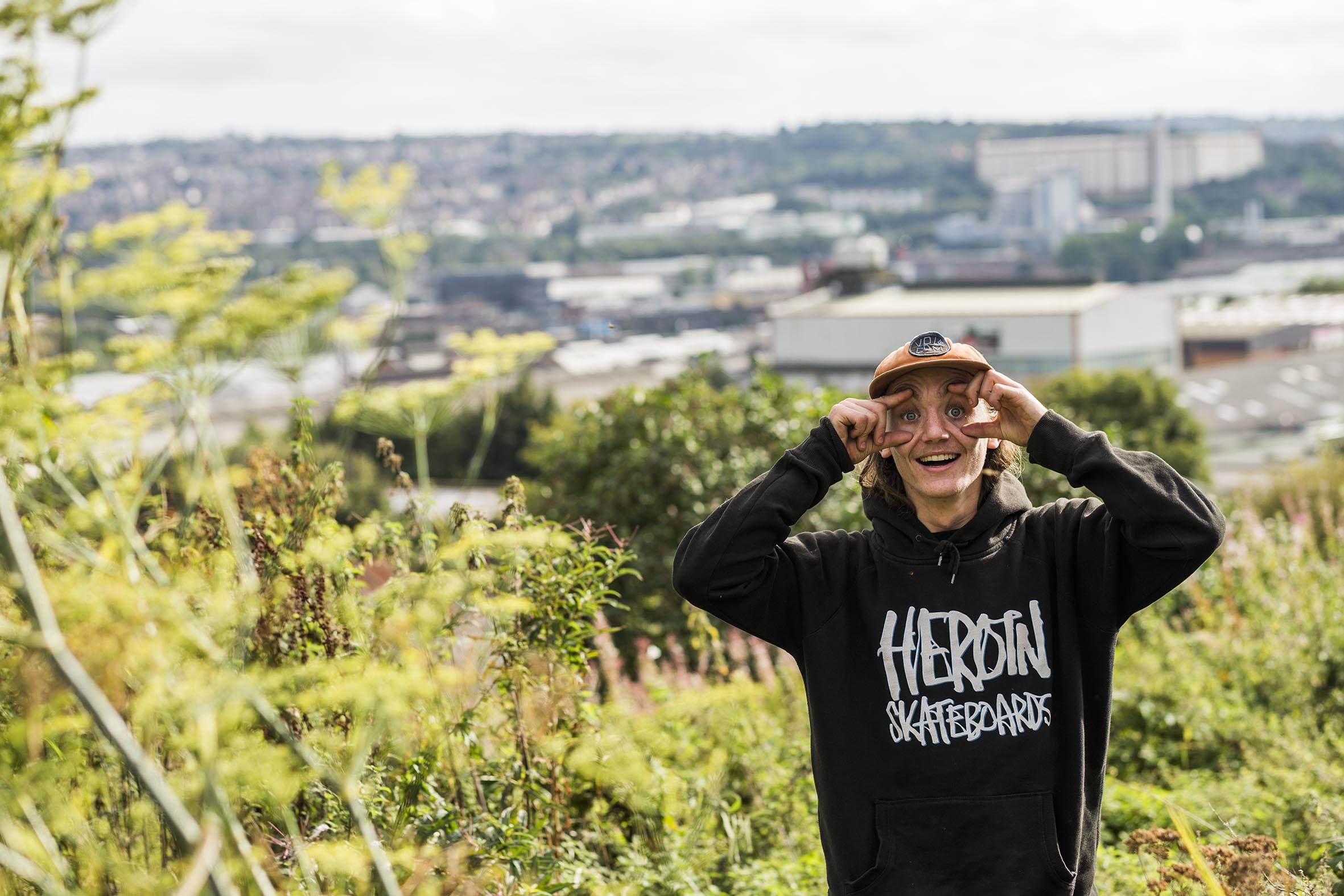 What’s next on the cards, any trips or wild jaunts planned?

Just to keep skating and making art. Hopefully getting a couple of trips in with my girlfriend  and some more skate trips. America maybe but yeah should all be dope! Also going back to Tom’s ranch living it up like cowboys again his park that he’s making a new bit too. Is looking even radder with this new bowl corner getting put in hopefully we can get our hands dirty and make it happen. 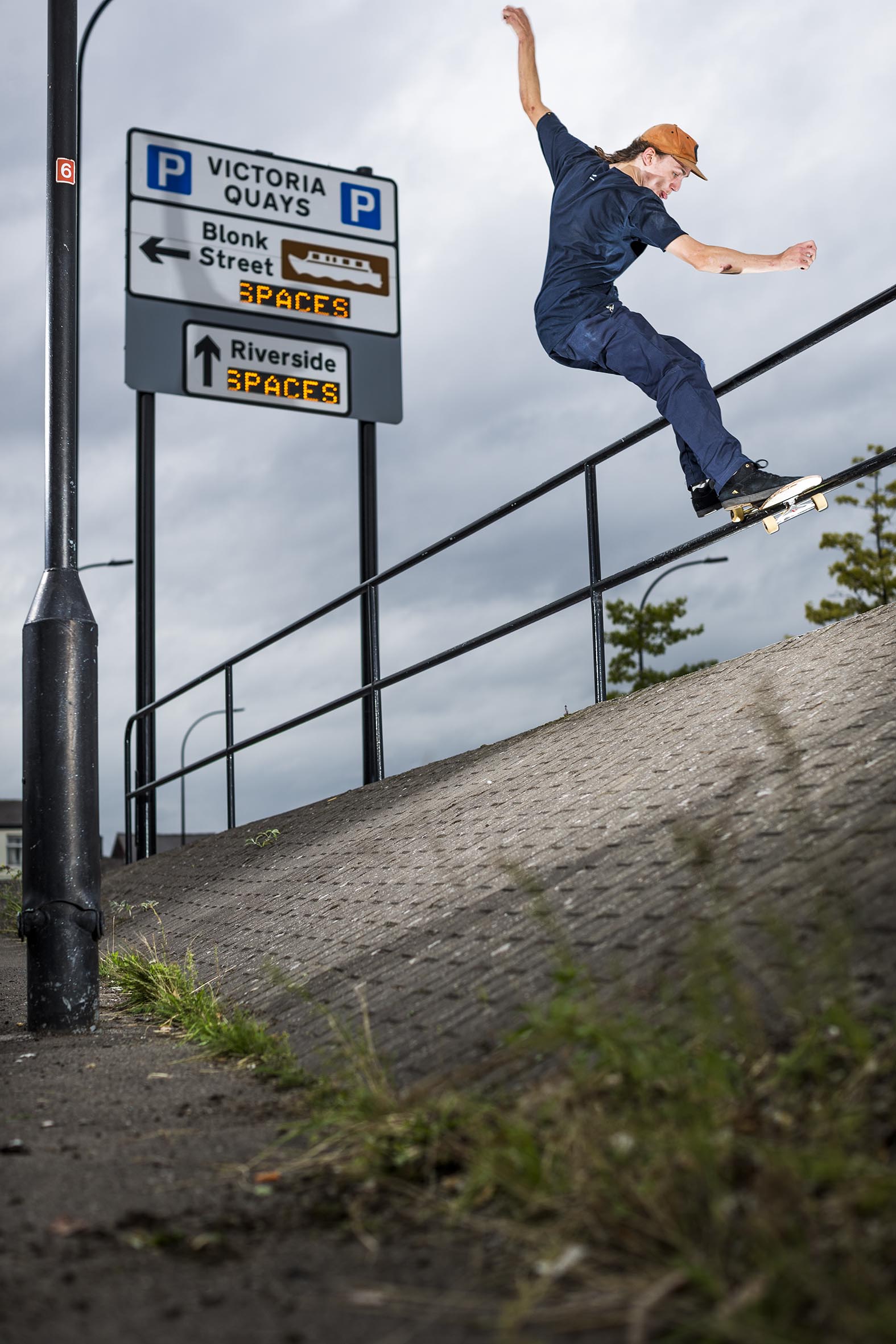 Zach tackles this bank to rail spot in Sheffield with a front smith. Photo: Reece Leung