Like a Pesky land locked, drunken Pirate I holler at some Tall Asian quiff guy.

I get back to the hostel and squeeze some feeble wifi out of the old i-phone and begin scrolling my Insta feed.

‘Holy shit that dude in the LA shirt was Reece Leung, I’ve just seen it on his gram, he’s here! Damn!!!”

The rest of my weekend between beers and bands was spent surveying crowds for the aforementioned Mr Leung and his Howard Cooke Beer Slug t-shirt with hope of booking him for a Bold street show.

Much Like the search for  Animal chin, I failed to correspond directly with the man, but I had a wild time trying and made a lot of short term friends along the way.

I thank Gary ‘Horse’ McGarvey for making these experience possible via wrist band hook up at Primavera that year and that in a round about way introduces me to Reece and in return Gary to Vague. 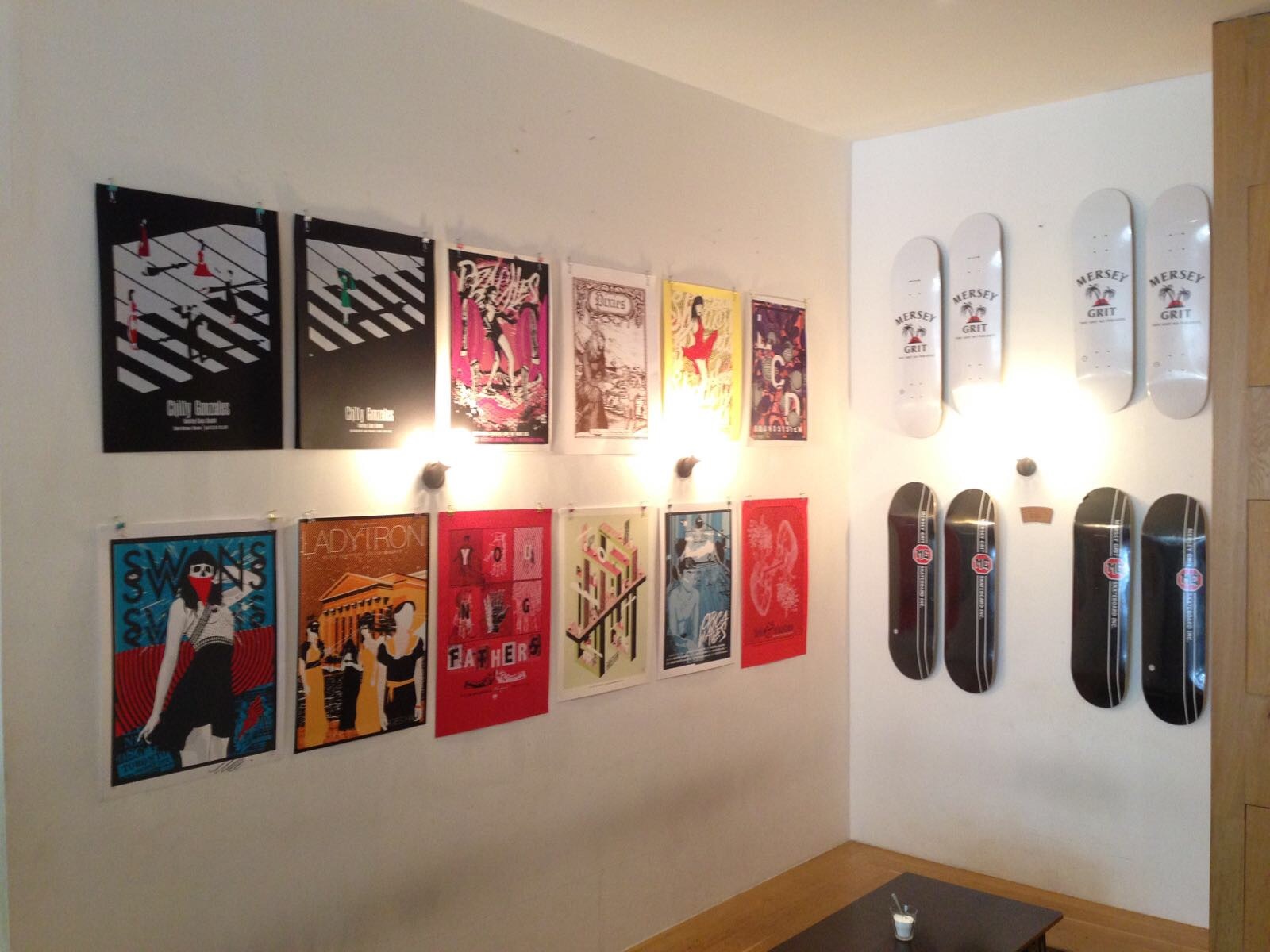 Give us the Basic breakdown of what you’re doing in Mexico.

We moved to Oaxaca, Mexico from Toronto with the idea of starting a creative space, something that incorporated both of my skills as a printer and my girlfriends skills as a writer. Until we found the house we are based out of, we didn’t know what that would be. Its forever growing as we can afford another step but at the minute we have a co-working space, artist studios, 3 Airbnb rooms, an outdoor cinema and a screen print studio. We have also just launched our artist residency programs, which include self directed residencies and taught ones. We just got our liquor licence so we will be moving forward with food and drink soon now too. The house is kinda vast and leading us to what the whole picture will end up being. 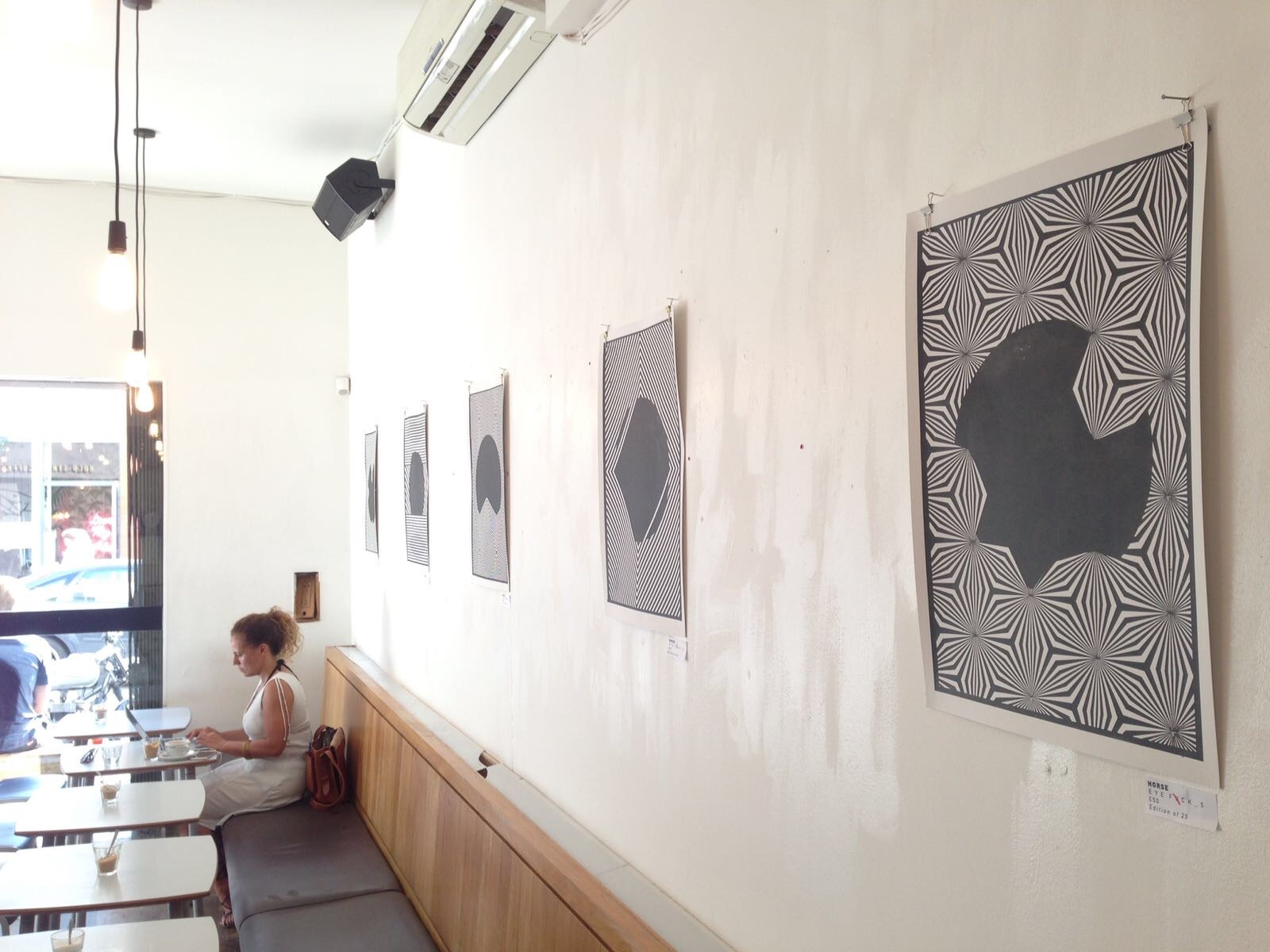 Has world Politics effected your residency?

Being from Ireland Im fine but a lot of American friends have had issues getting their tourist visa renewed and applying for permanent or temporary residency has become more of a struggle for them. Its something that’ll always be tough in Mexico. Mexican politics are a whole other conversation, one that I’ll never understand 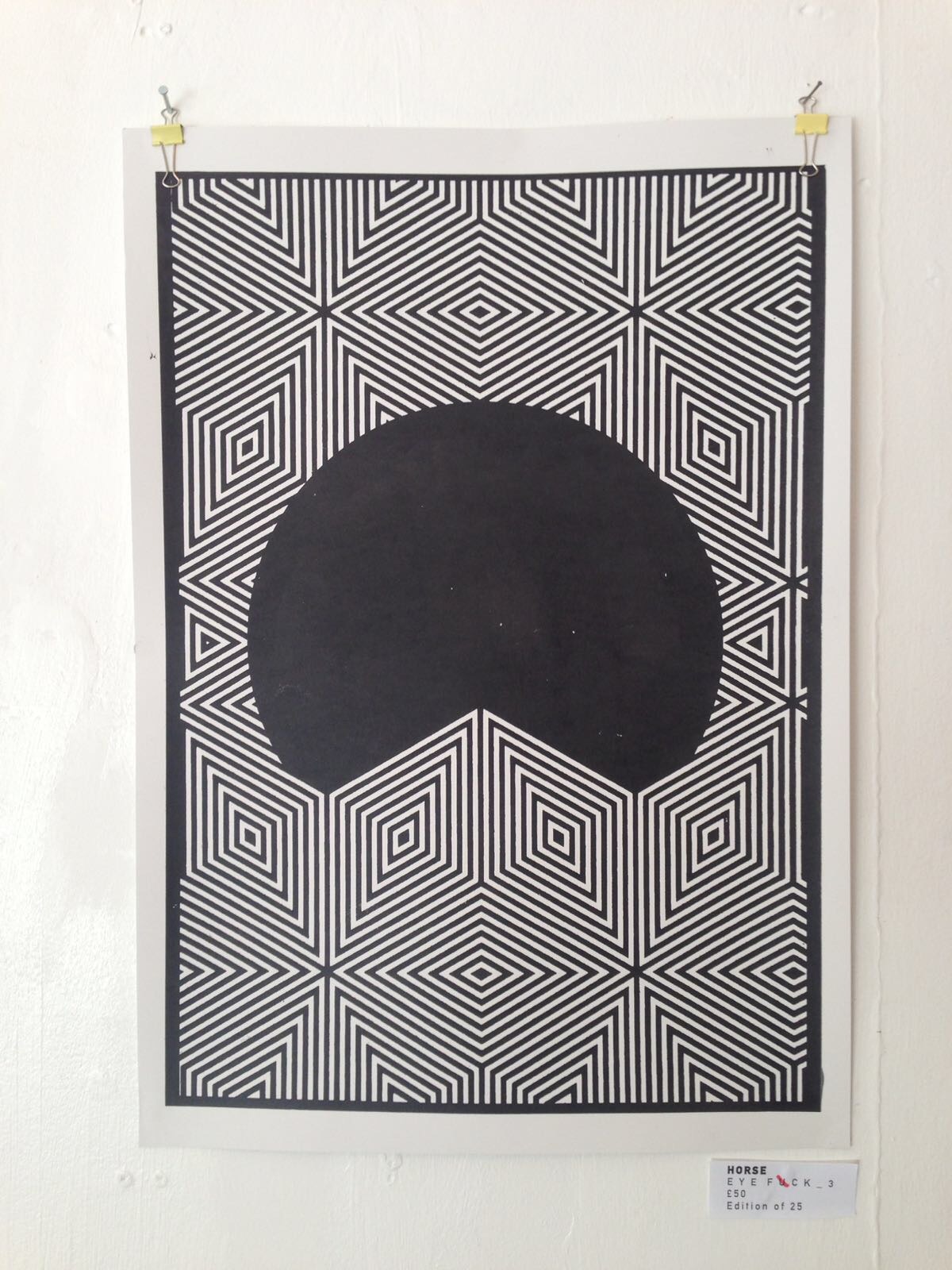 Is there evidence of any DIY Music/Art/skate scene?

There’s a huge DIY art scene, wood cut printmaking is massive there, an awesome graphic style thats used in both traditional art but also in street art. Screen printing and letterpress is also really big. There are lots of collectives who are able to get awesome workshop/galleries in prime locations because of the sheer number of them renting the space. The DIY music scene is definitely growing, there are lots of kids with big ideas. Its a city that is quite traditional though, so finding venues can be tricky. We put on gigs when we first opened, but our neighbours thought that was something we shouldn’t do, ha. I think it was the type of music that offended them rather than how loud it was. 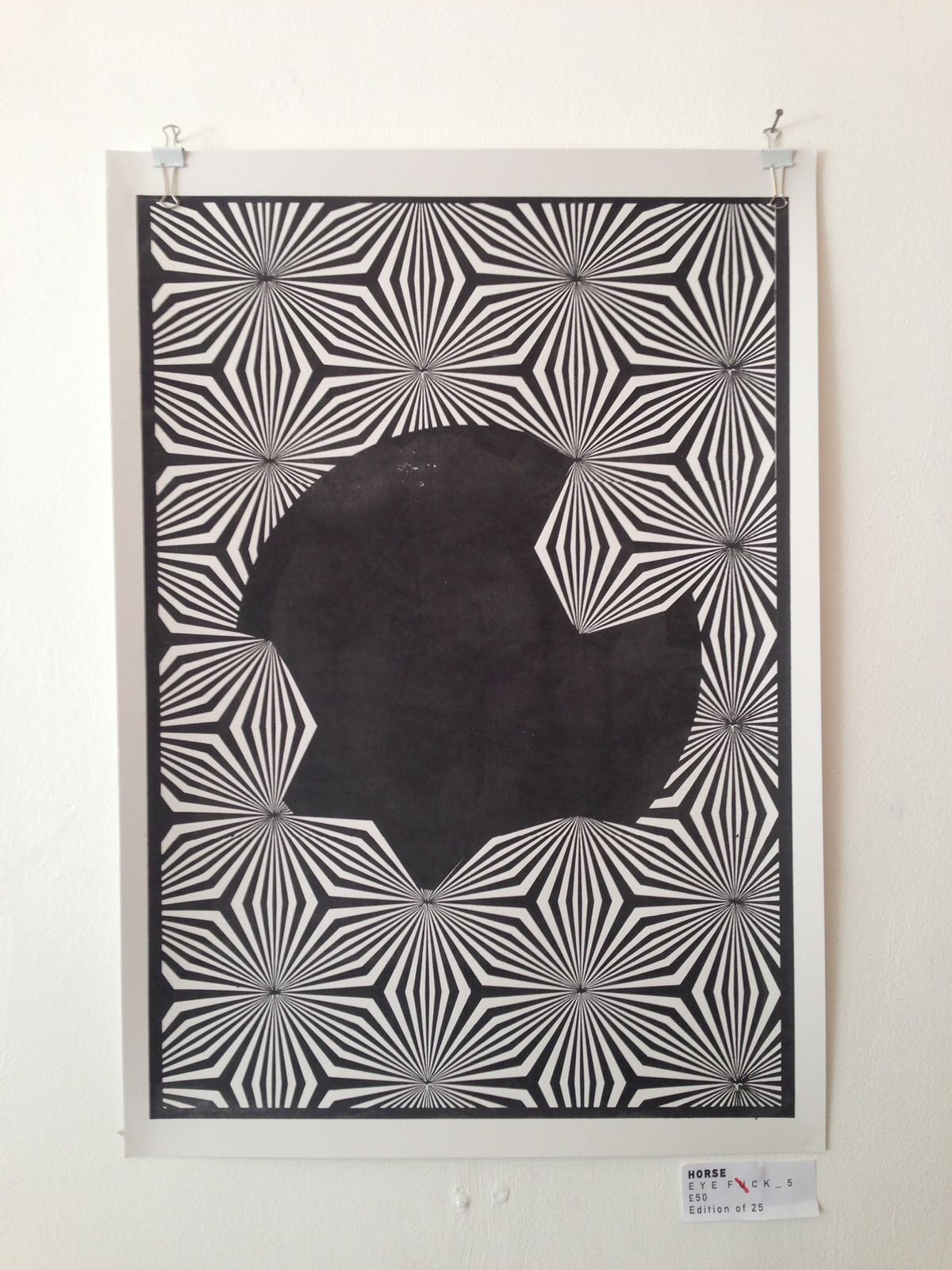 There is a skate scene but it’s small.

You have the likes of Dr Lakra who is from the city who collaborates with skate brands and a scene kinda revolves around him it seems. We live in front of one of the main parks of the city and there are skaters there from early till late every day. Some kids print boards in the city too but I haven’t met them yet, just seen their work around. 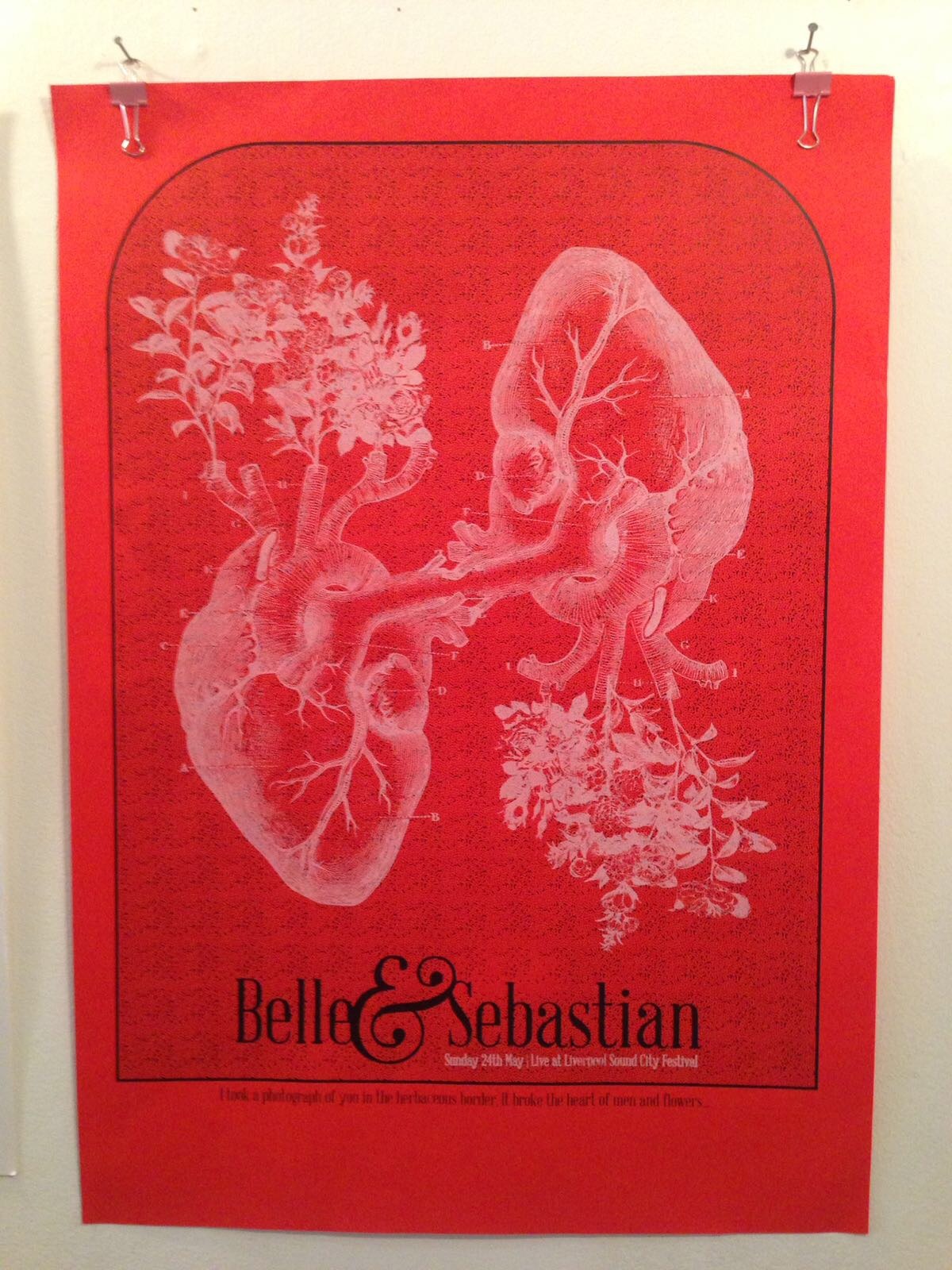 Can people hear screams in the desert?

A scream is actually fucking terrifying in the desert, especially when theres no one around, the vastness makes it echo louder and louder! Even when you do it as a joke, knowing its yourself thats screaming, it’s still horrendous! 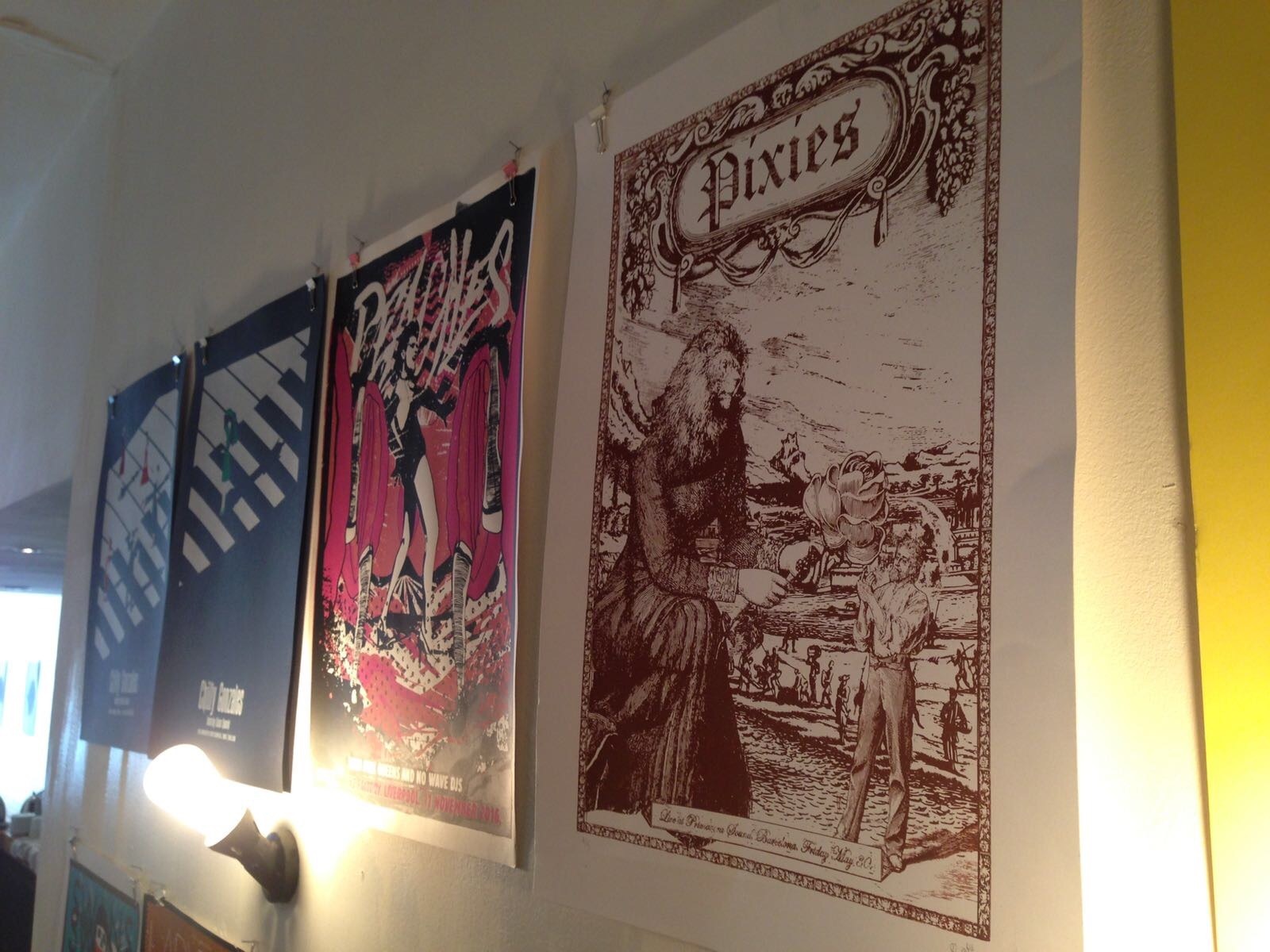 Do you encounter any strange reptiles?

Geckos are everywhere, there will always be one staring down at you from the ceiling. They’re kinda awesome, they definitely eat their fill of mosquitos. Apart from that, you do see the odd big lizard when you’re outside the city, but not as many as I would have expected! 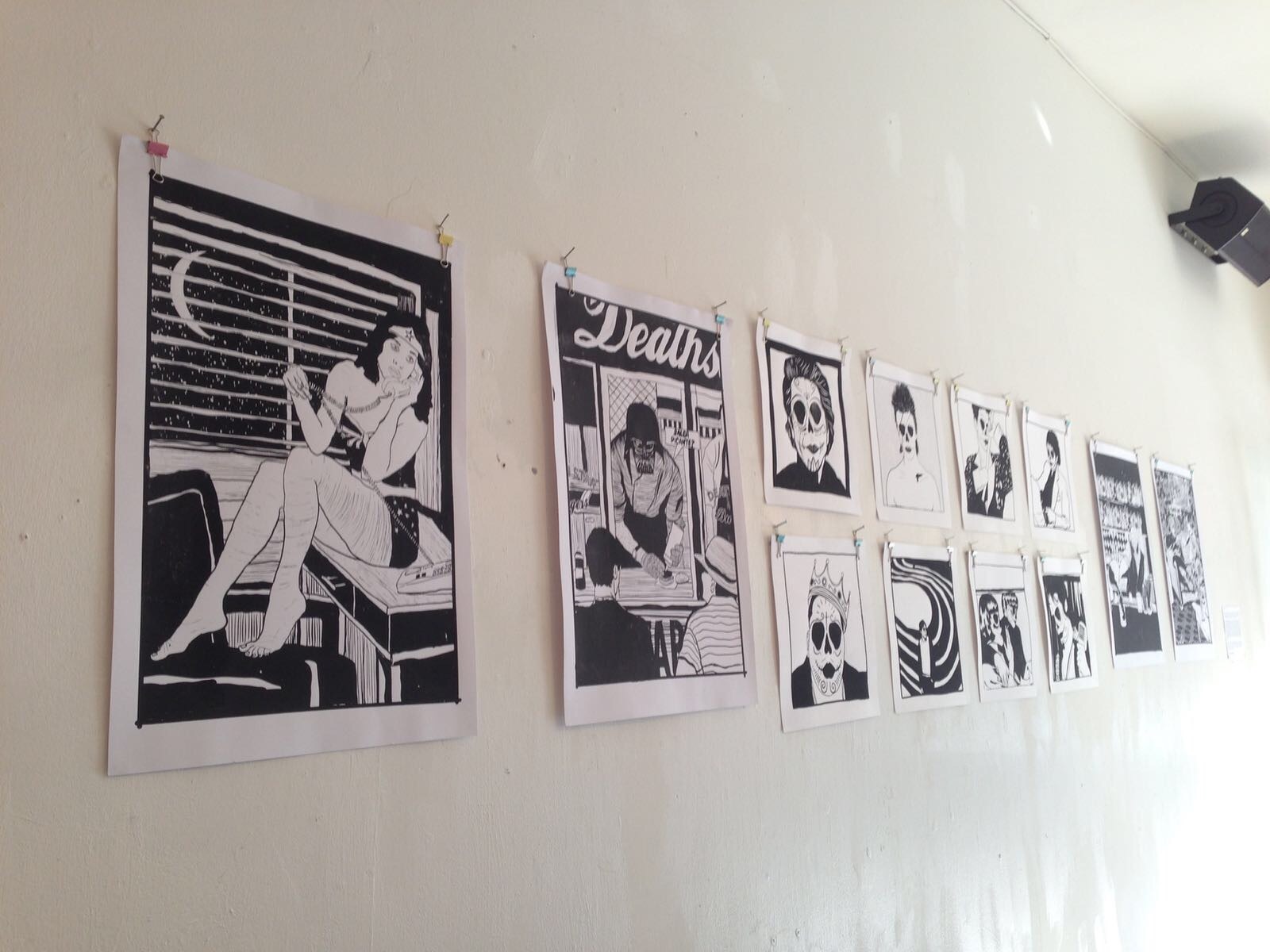 What kinda drunk do you get off mezcal in the desert?

For me its an uplifting drunk. There are so many amazing tiny batch producers that you will never try them all, we have our few firm favourite’s and  our regular. Its super smooth, its got nothing other than agave, water and smoke added, its a super pure spirit so it gives you a great buzz pretty soon, but its awesome to sip over a few hours. 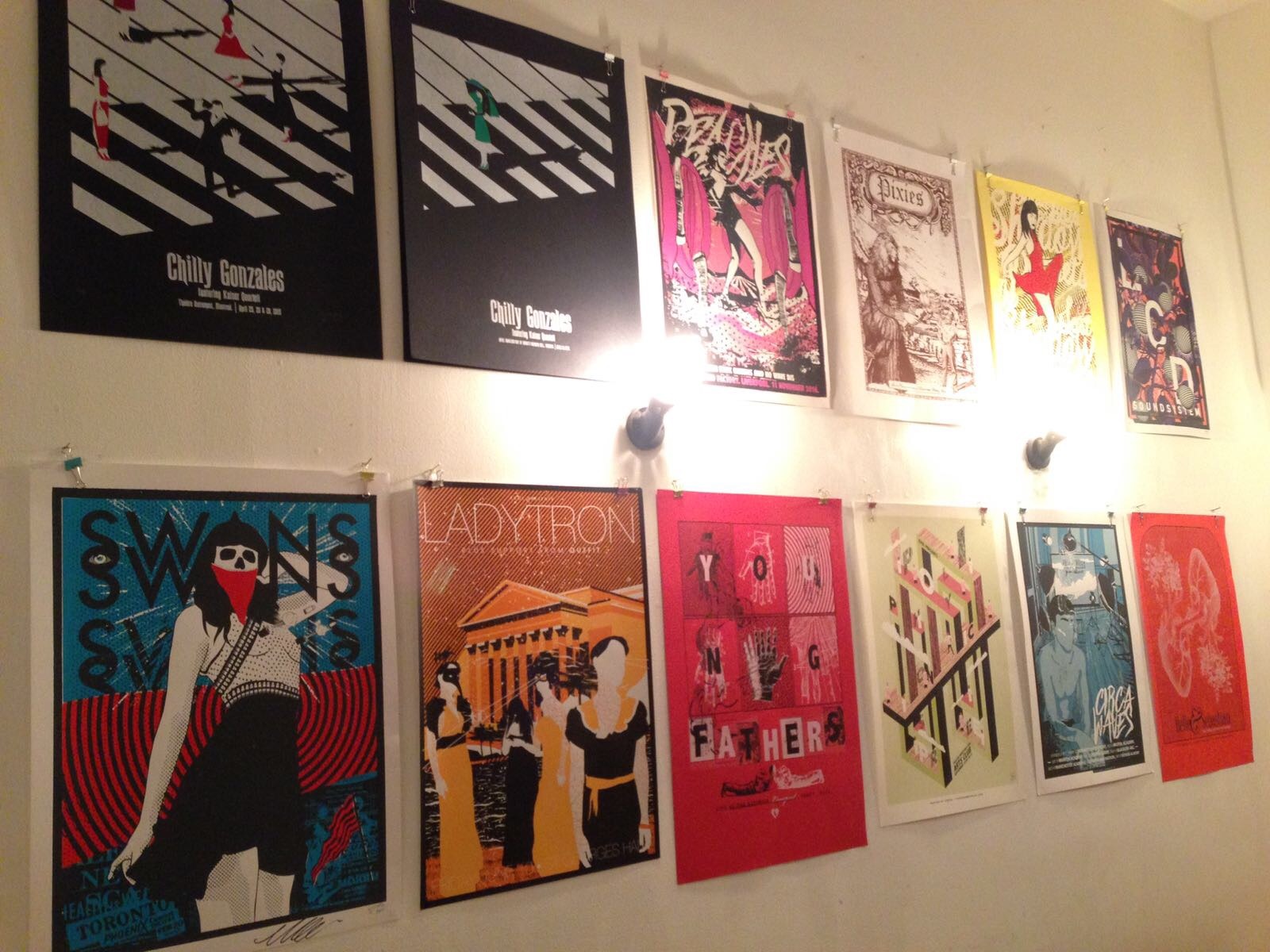 Have you ever stepped on a skateboard?

I have a few times, I own a long board that I traded for some prints at a festival in Toronto, its beautiful, Im definitely not graceful upon it though! Growing up in Donegal, Ireland didn’t lend itself to boarding at all, there weren’t very many smooth roads to get a chance to learn. 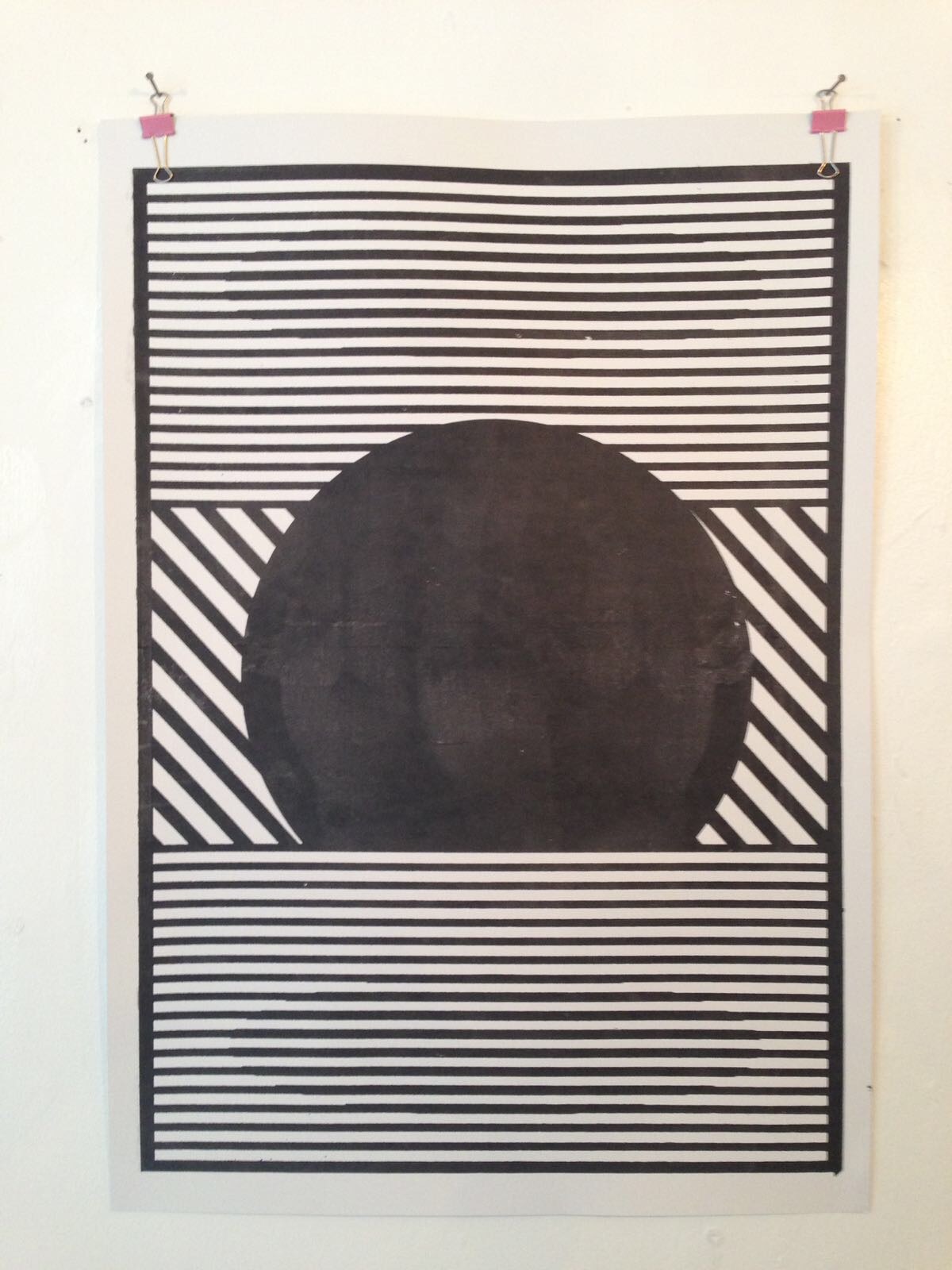 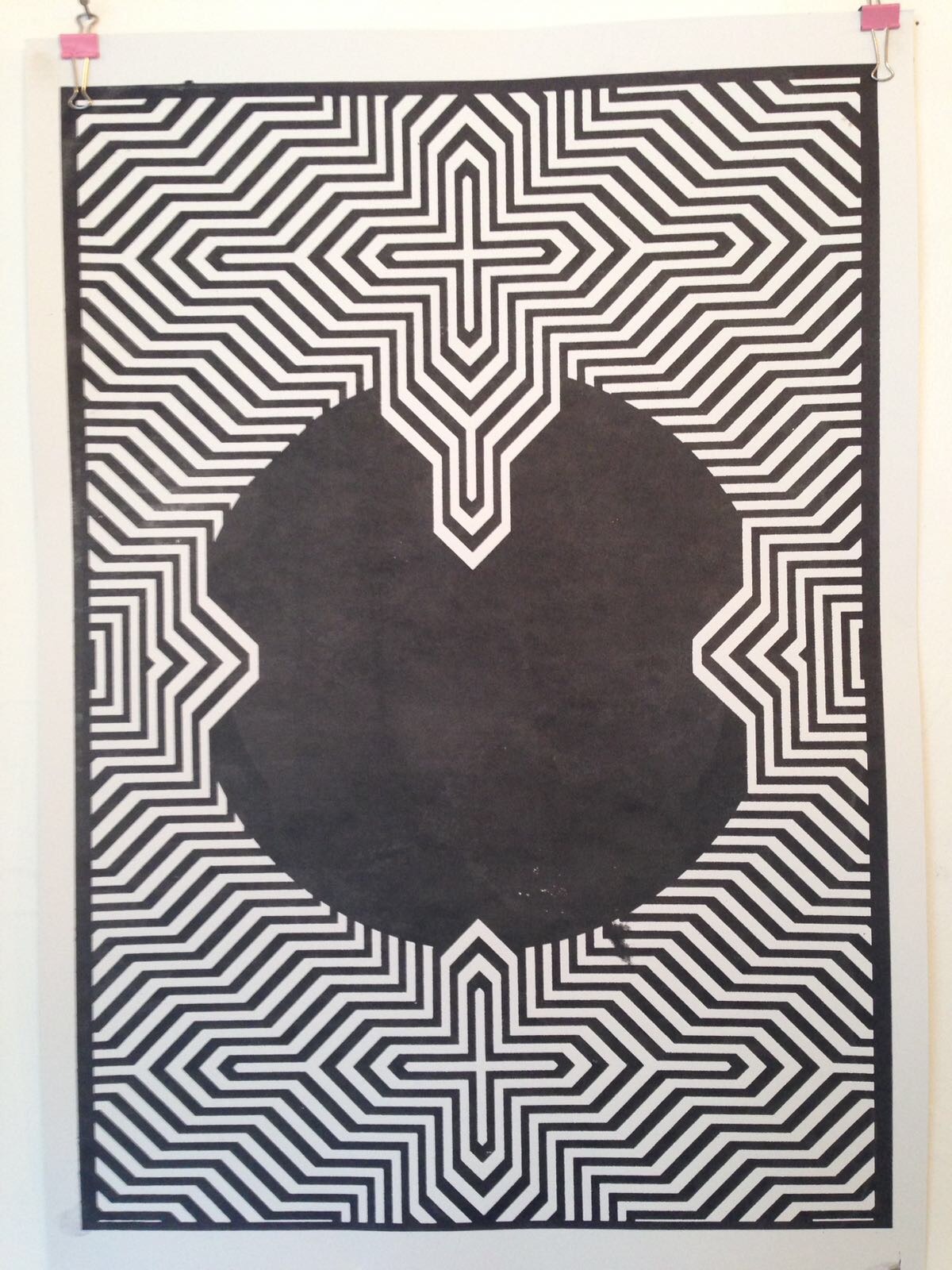 Get more of Gary’s fabulous work on your screen by clicking the website below! 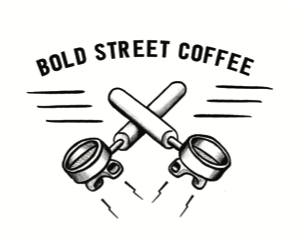