Charisma hogg and splendid human being Kyle Platt’s recently held a solo exhibition at London’s Wiedon & Kennedy space. We caught up with him to find out a little bit more about the project and to re-iterate the afore mentioned positive traits. We love you Kyle! 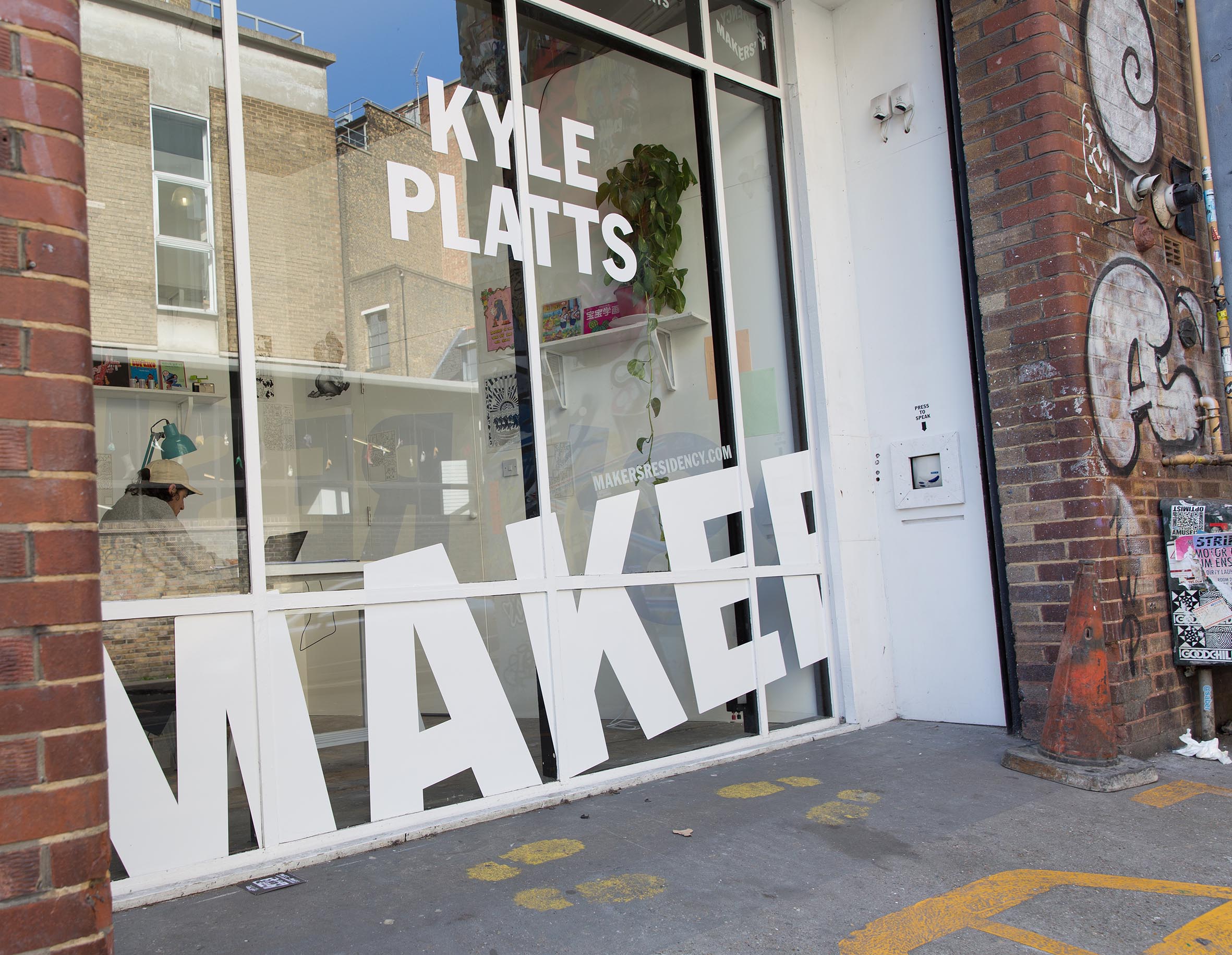 Yes Kyle, was this your first solo exhibition, if so why(because you’re da bomb)? Also how did it come about?

Hello Guy, actually it was my first solo exhibition in London but I have had two solo shows previously in Austria and Australia. This residency came about because my friend Daniel David Freeman (who is the actual bomb) had done this a few months before and he basically put me forward to do it next, just a bit of good old nepotism. 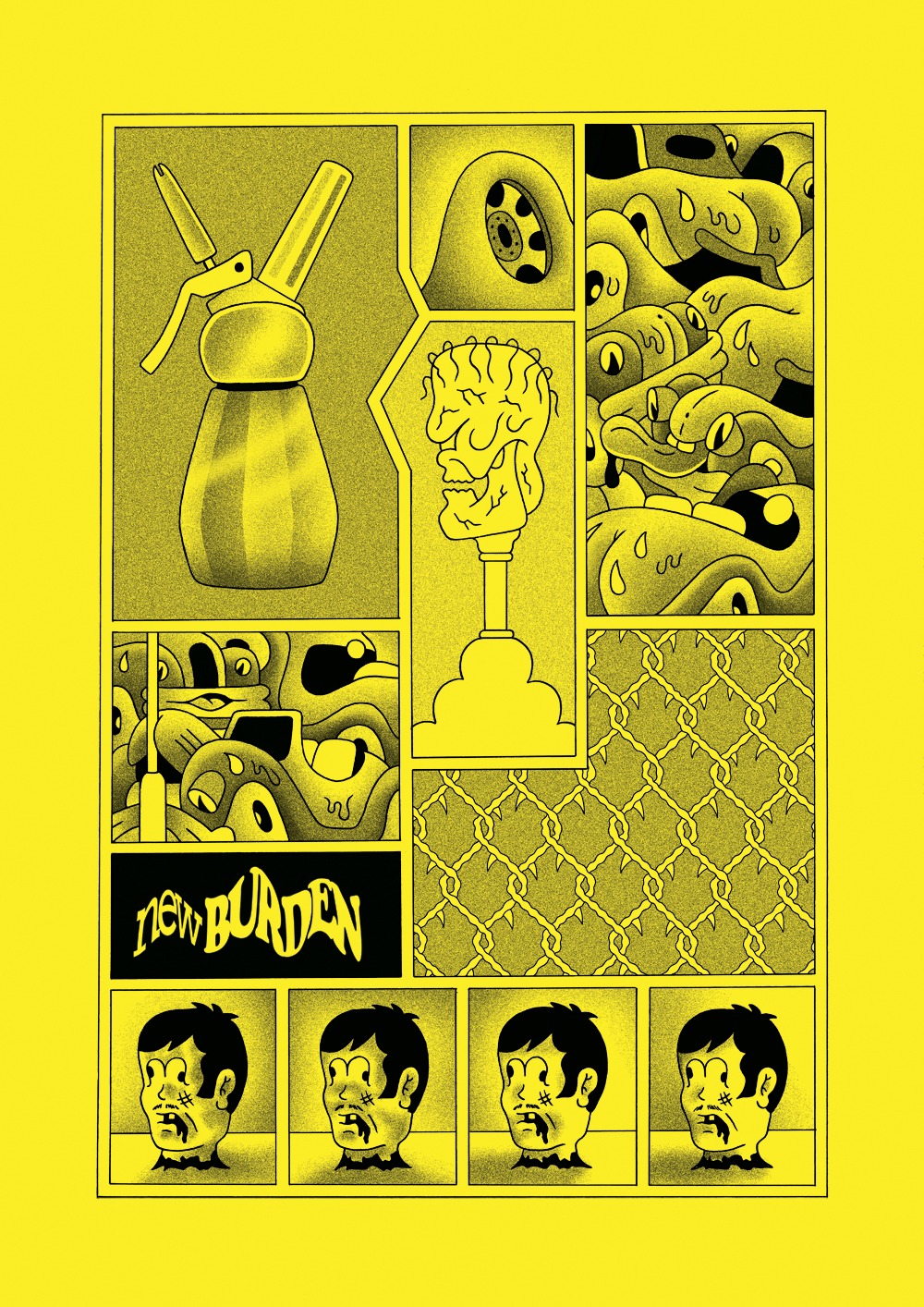 What was the turn out like, did you get positive feedback?

I was totally blown away by the turn out on the night, I didn’t know what to expect but I was stoked to see so many people show up. I got positive feedback from some lovely people, a lot of people that were just passing and dropped in, it’s gratifying to get some kind of reaction out of total strangers from the street. 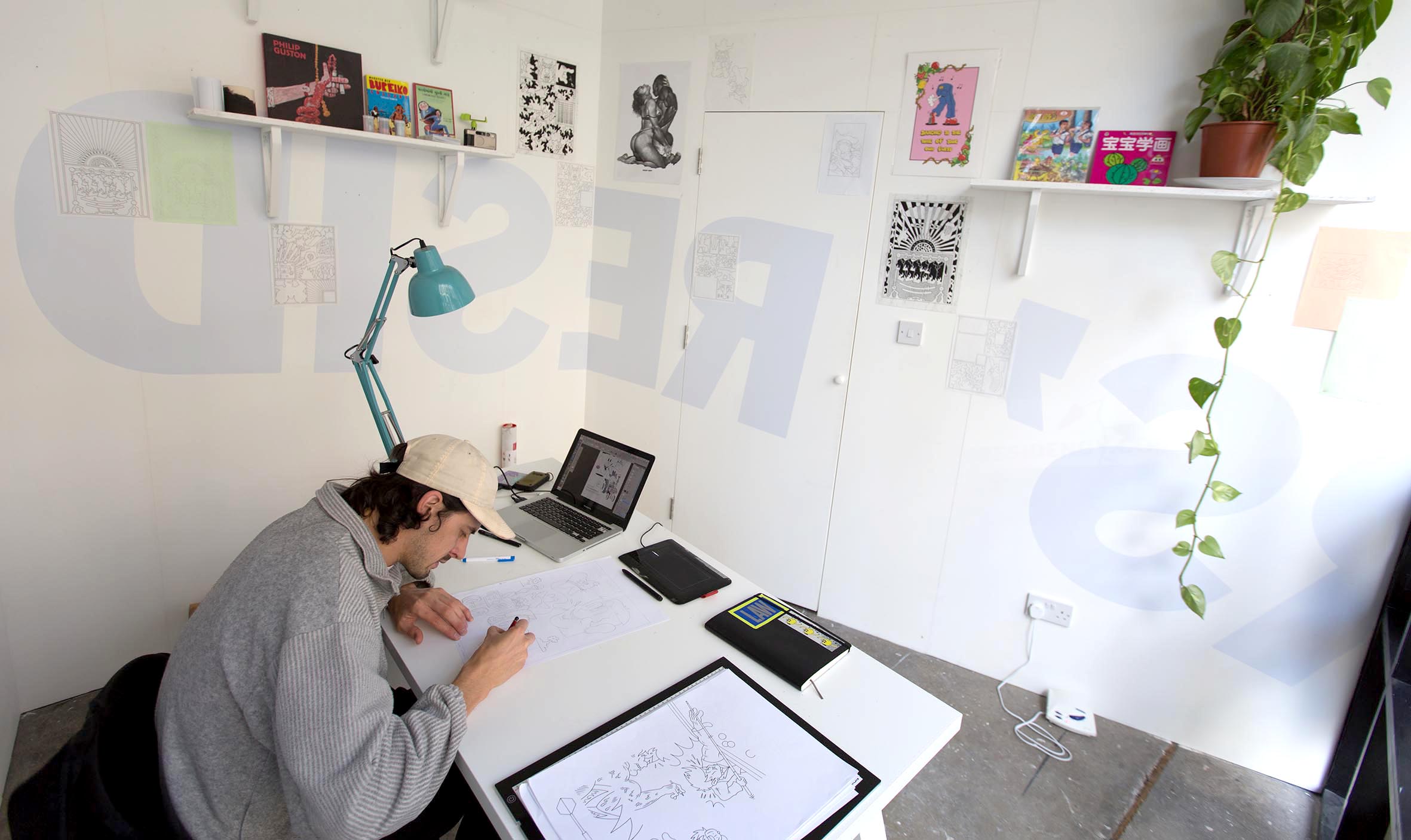 Your artwork hosts a lot of satire, particular pertinent within this exhibition, do you think most of the audience understood the layers behind each piece and the comedic aspects of your work?

The purpose of the work in this particular exhibition was to allow people to interpret it freely, there is a deliberate ambiguity to the narrative. I would however like to think that people see the humour in it, it’s meant to be fun, I had fun making them. 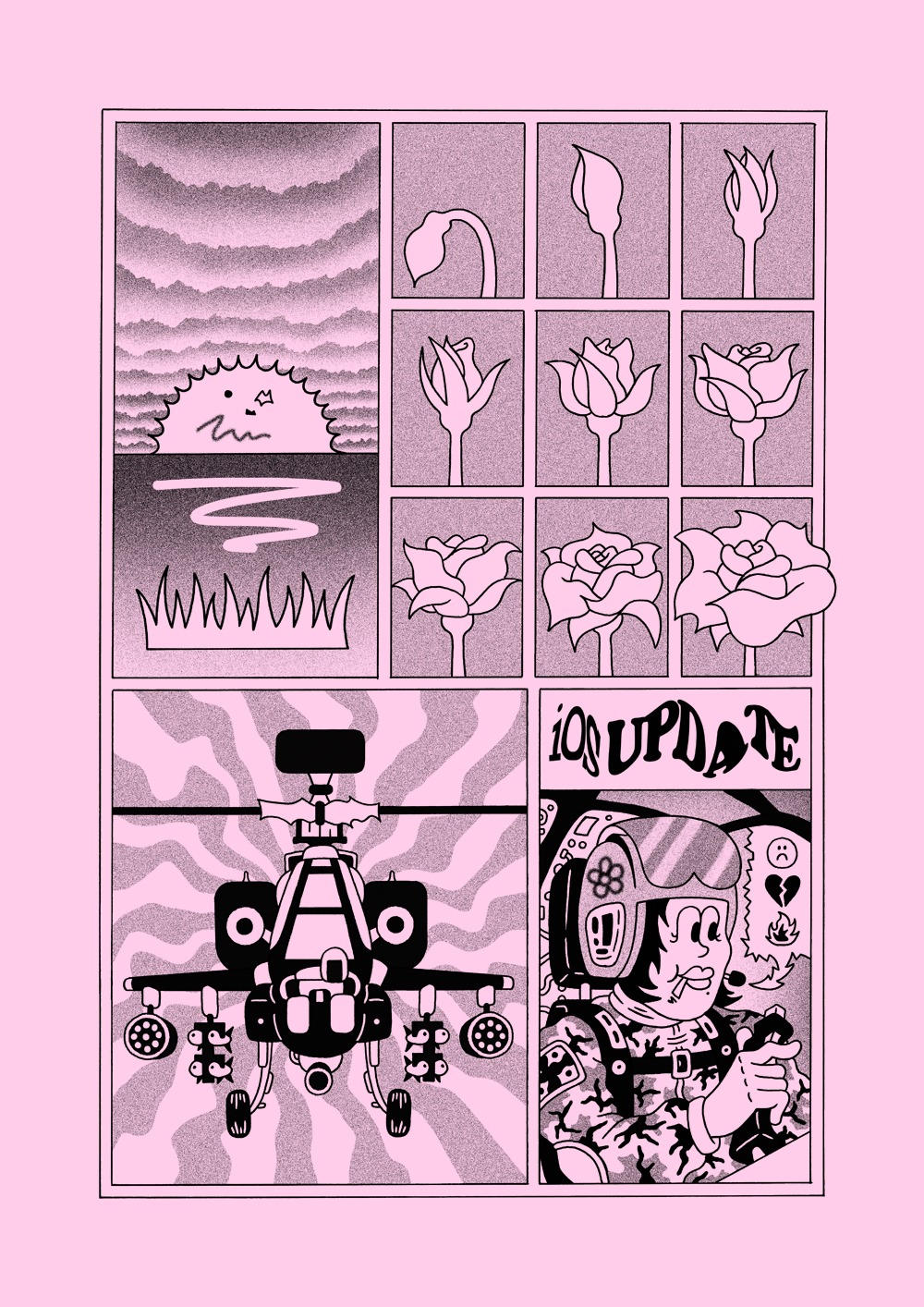 Aside from this, where there any other themes present in this exhibition, was everything designed specifically for the exhibition?

The work I showed here was a combination of new work and the work I had created in February for the exhibition in Melbourne, Australia. The theme for this show was a continuation of this previous show, which was based on Paredolia. Paredolia is the instinctive ability humans have to  recognise patterns in random date or faces in inanimate objects. By creating a series of images and words that are not obviously connected, the viewer makes a unique interpretation of what the true meaning could be, piecing the data together to create a new narrative. 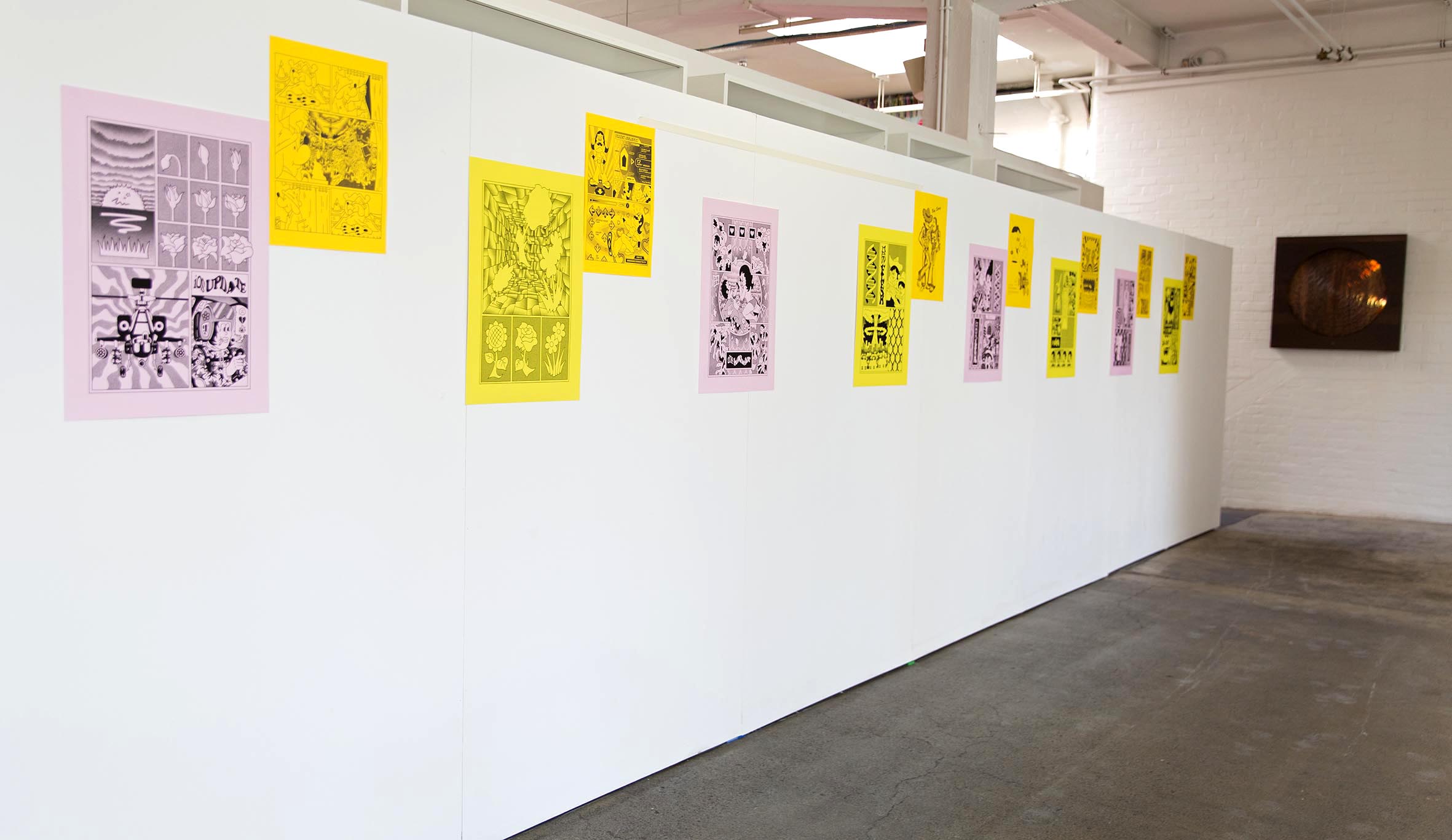 Was this a benefit of having a solo show, curating a full story like an album as opposed to an EP? What were the benefits and how did you take advantage?

My relationship with exhibitions is based on self indulgence, it’s an opportunity for me to take a little break from commercial work and create something that doesn’t need to make sense. On these occasions I’m usually just drawing for the love of drawing and not worrying too much about context. The work I make for these exhibitions does end up feeding back into my commercial work so I suppose that is the advantage I take from them, it gives me the chance to develop and keep enjoying what I do for a living. 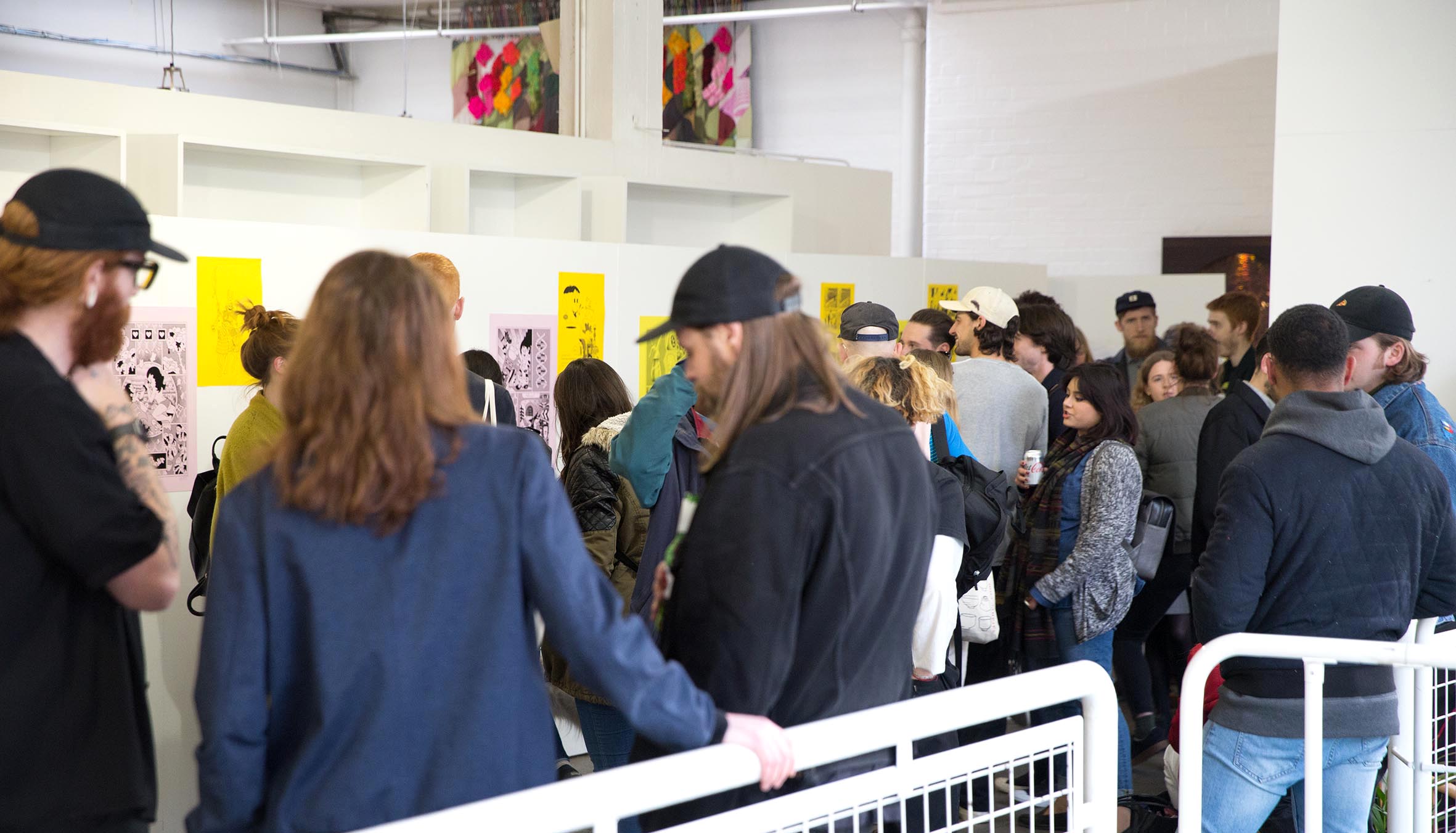 The studio/workspace at the rear end of the exhibition (rear end – HA!) was a particularly nice touch, it added a whole other level to the offering. Why did you include it and was this where you worked leading up to the show?

The studio in the window is permanent fixture for these Wieden + Kennedy residencies, so it wasn’t my idea, but I enjoyed it. I worked in that studio for 10 days running up to the date of the exhibition, I didn’t mind people watching me, it became normal very quickly. The most surprising thing for me was witnessing the frequency a ‘street art tour’ would pass the window. There was some stinking street art on the wall next to the window so I saw those stinkers quite a lot, they must be making wedge. 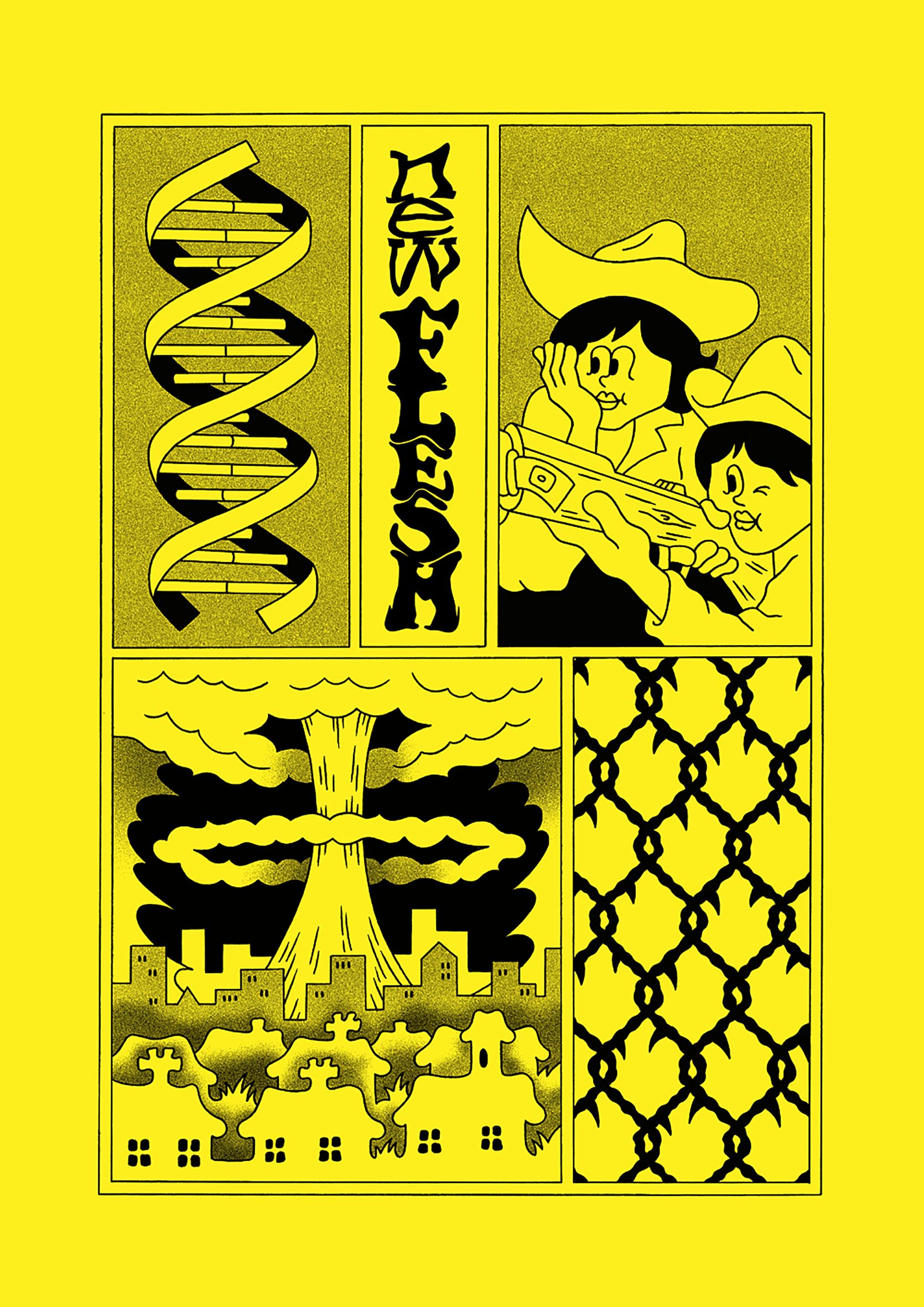 The apocalypse/dog going back to sleep image is hilarious and is now a tee-shirt, are you going to produce more apparel or is this a one off?

I’m gonna keep making new shirts for sure, they seem to do pretty well. 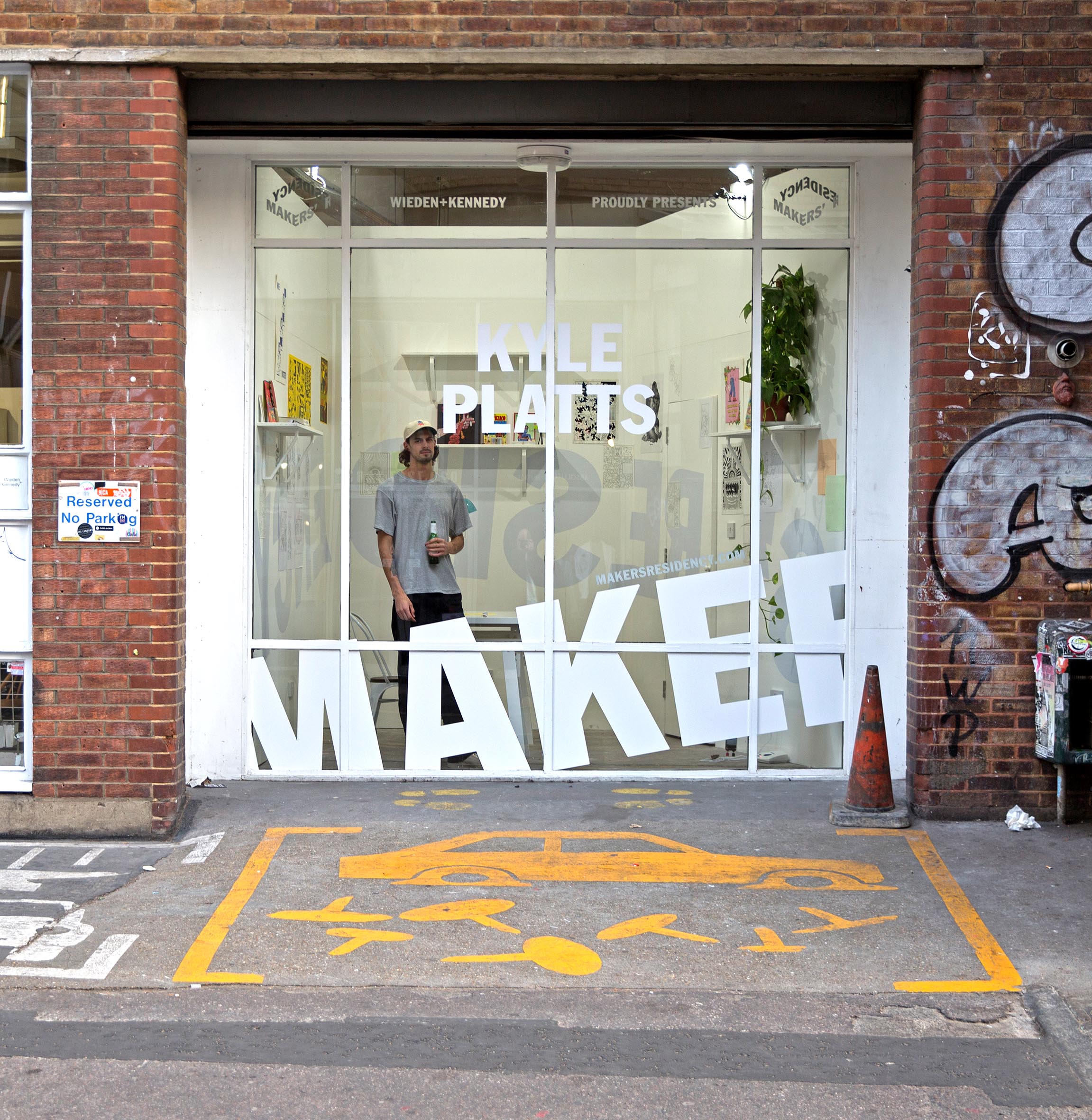 Any upcoming projects we should know about my mate?

I’m working in animation more these days, I’m teaching myself how to program animation too so I can take on more projects. I just successfully animated a walking sequence all on my own so I imagine I’ll be working for Pixar this time next year, watch out for that shit.