Independent projects are always a generator of stoke within the skateboarding community, and this is no different. Imagine collecting together a vast array of unique, independent videographers, artists and photographers and dropping them all into a somewhat paradisiacal scene.

A collection of such like-minded folk that no bad blood is felt. No disagreements nor quarrels. Only truly good vibes fill the air in this special event. Nikola Racan – one of the masterminds behind organising such a wonder has done so much for skateboarding. Not just in his hometown of Fažana, but in Croatia and further a field. His sheer passion for skateboarding is outstanding. Himself and the rest of the Vladimir crew manage to assemble a roster of creatives from every part of the globe, from Berlin to Brazil. This shows just how much love and thought goes into the planning of the event.

Now in it’s 9th year, the film festival is growing organically at a beautiful pace. Even in the 2 years I’ve attended, I have seen new faces appear due to the level of stoke previous visitors to the festival bring home with them. I find that to be a truly great element of Vladimir. You only know about it through others that have attended – there isn’t mass media coverage like the CPH open for example. Simply a program uploaded to the website 2/3 weeks before the start.This brings a niche crowd of aforementioned good humans.

What began as a 15 deep crew of locals watching local videos on a single screen, has evolved into a 4 day extravaganza, spread over various locations in and around Fažana with now over 200 attendees. Every night ends with a very booze infused miniramp jam and a good ol’ knees up, but that isn’t the only reason for attending. The party element is secondary to the skateboarding at this event. 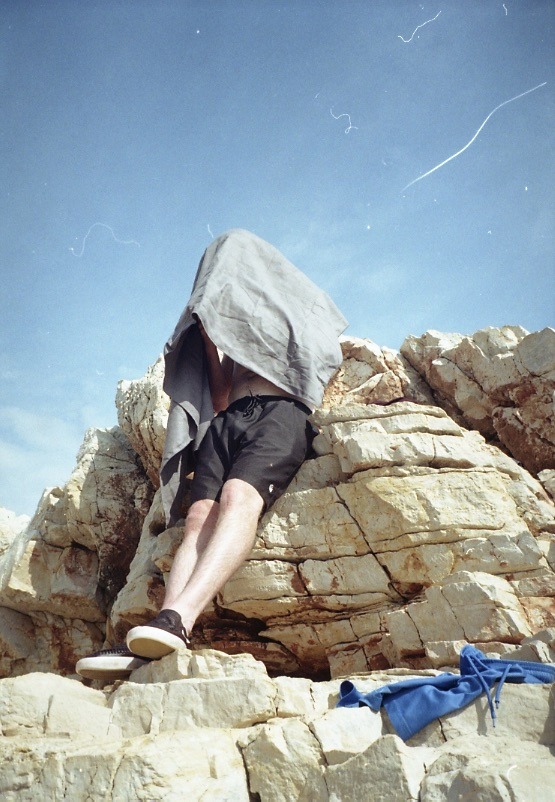 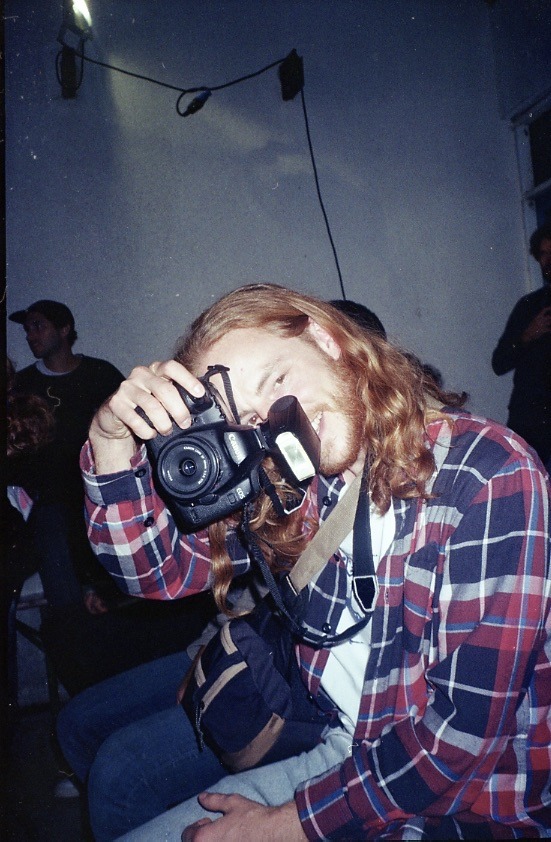 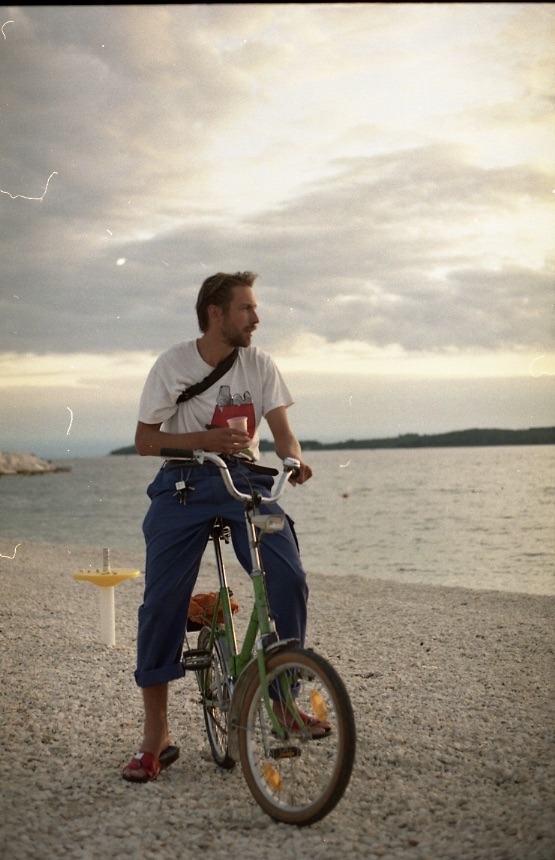 If you’d have told me Chris Jones had cycled to Croatia, I would’ve believed you 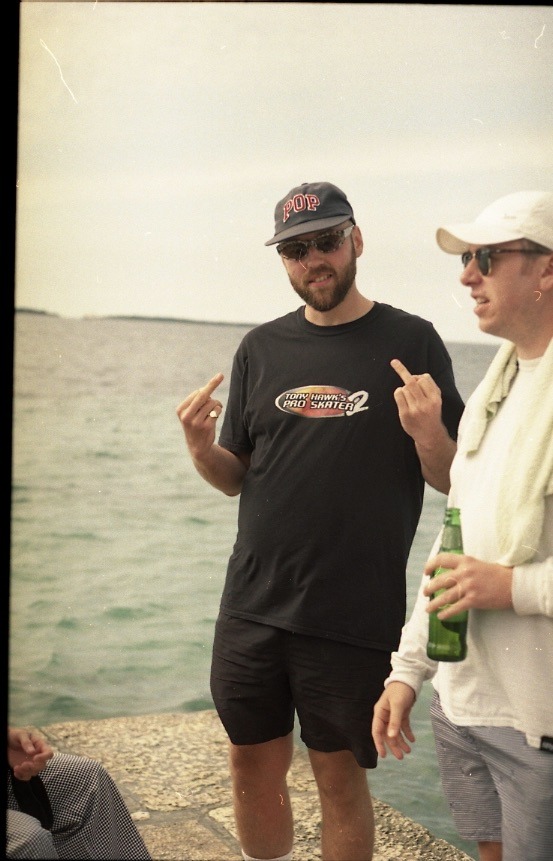 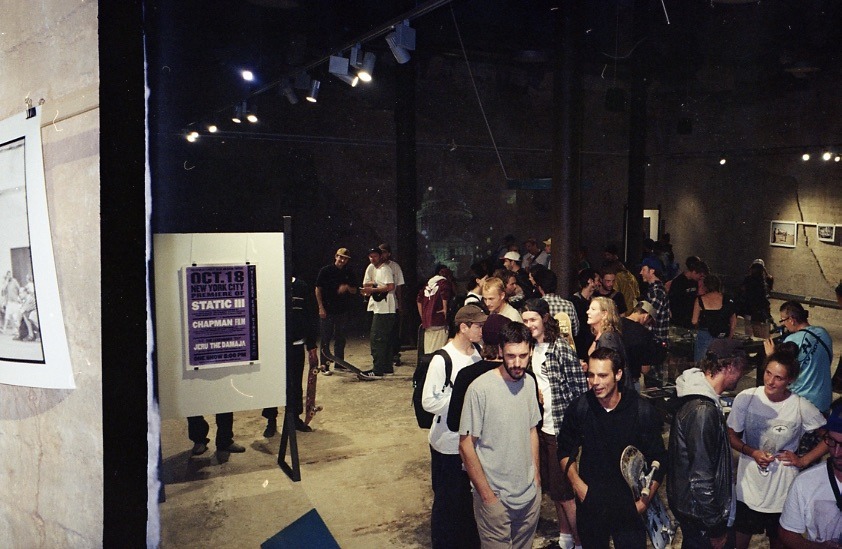 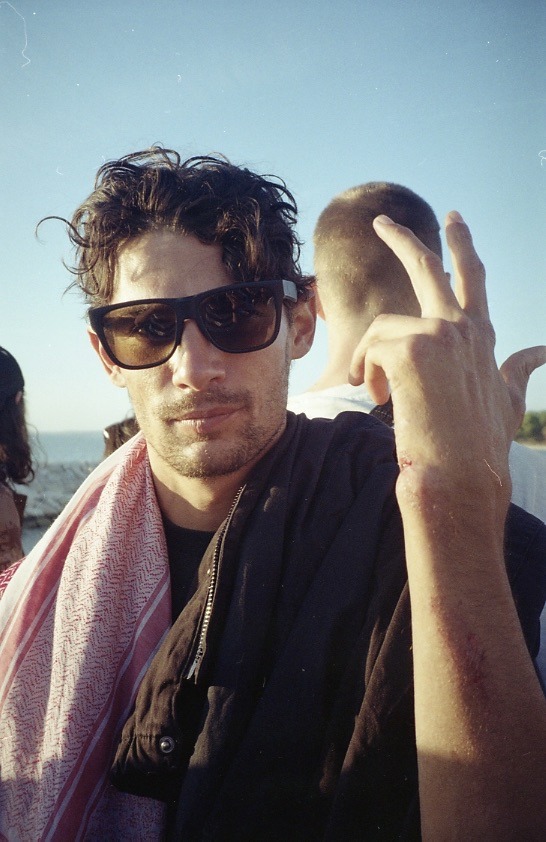 The opening night began with a group show curated by the legendary minds of the Vladimir crew. Featuring work from Jenne Grabowski of Studio Trouble, Tom Delion, Brian Lotti, Peter Fettich, Ricardo Napoli, Jordan Hill and Pete Thompson. The show was also a launch for a zine created by Jenne & fellow radical human Will Jivcoff, and featured shots from the previous year. Outside, the premiers were screened in a small courtyard, whilst over the wall the skate market was bustling with a variety of radical garments, zines and such from great folks such as Nick Palomino, who basically brings his entire shop with him. The highlight from the first evenings premiers had to be Sean Lomax’s ‘Cottonoppolis’, showing a true perspective of Manchester’s skate scene, documented so beautifully on HD and 16mm.

After the screenings, the masses descended upon Kasarna – a former Yugoslavian army barracks, turned miniramp spot. This is where the party gets released, and it most certainly did. Within 30 minutes of getting there, we had Irish Baz rock up wearing nothing but an orange body warmer and a sticker over his decency. He proceeded to grab a kids board and focus it with his bare arse – the kid was struck in a state of confusion and admiration. Rakja (the Croatian spirit that slightly resembles turpentine) definitely got the better of us when we skated the miniramp, especially myself and Jordan Thackarey, whom both spent more time on the floor than we did standing. Gotta respect the rakja!

Day 2 started with a jam at the little diy park in amongst the trees, built by the locals over the past year. Seriously hard to skate – as diy’s should be! Even doing an axle stall makes you feel like bloody Tony Hawk. Witnessing Tom Remillard casually destroy the place was a pleasure, doing every possible trick on someone else’s board every time!

Friday evening we gathered in the Plaza Grande – the town square, for another evening of screenings. Daniel Lebron blessed our ears with the sweet sounds of flamenco to start the night, which being in this alfresco setting really brought a certain electricity to the air. Videos proceeded to flow after the performance, with a good variety including the ever-rad Luka Pinto’s ‘Pandora’s Box’ and ‘Mockba Life’ – the Vans Europe trip to Russia. It was a pleasure to see Chris Pfanner and the crew speak a little about their trip before the video and hear some of the antics doobie AKA Victor Pellegrin got up to. A seriously dope selection of DVL’s photographs lined one of the walls to accompany the edit too, which further helped to put their trip into perspective. 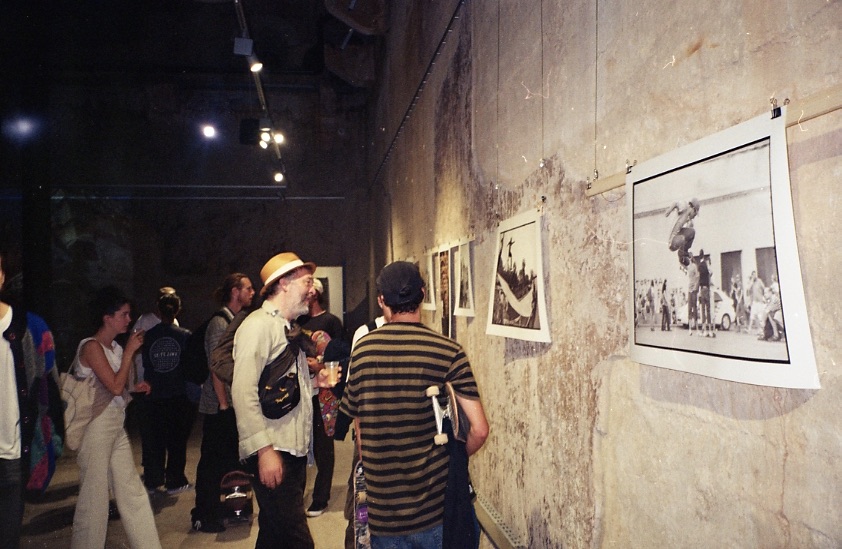 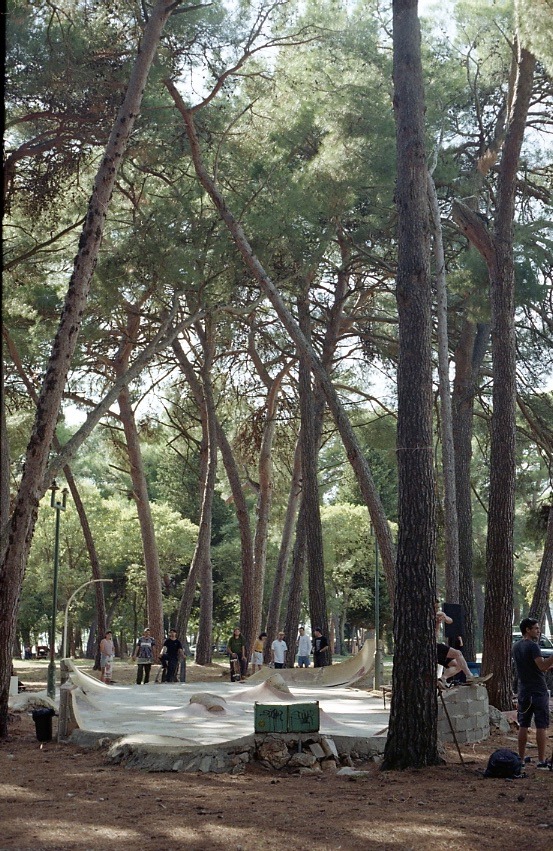 Fažana’s DIY skatepark in amongst the pines 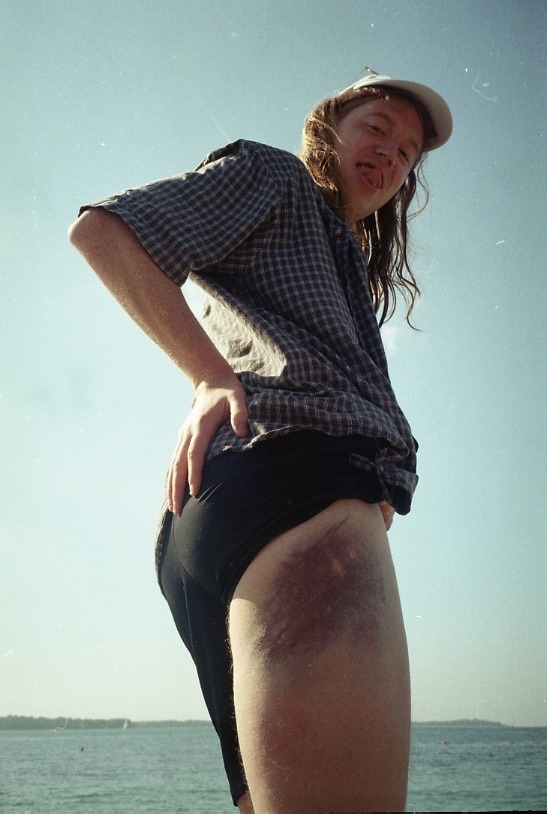 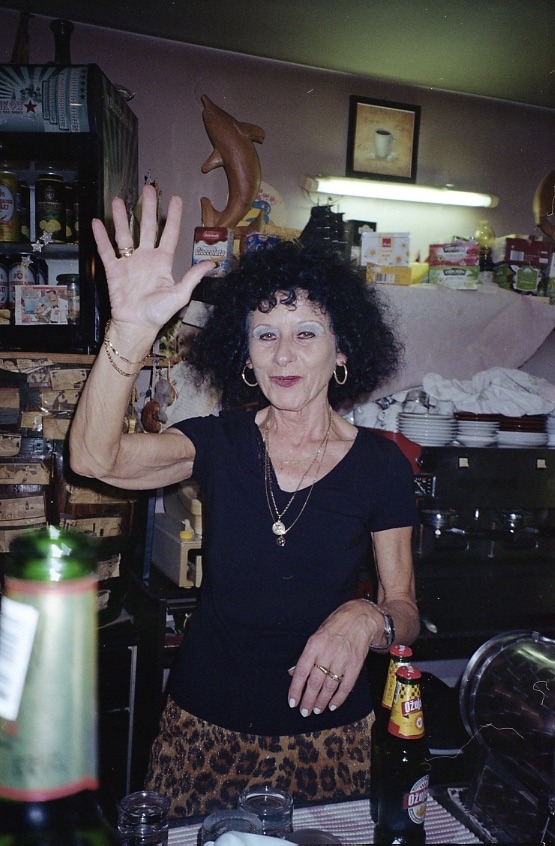 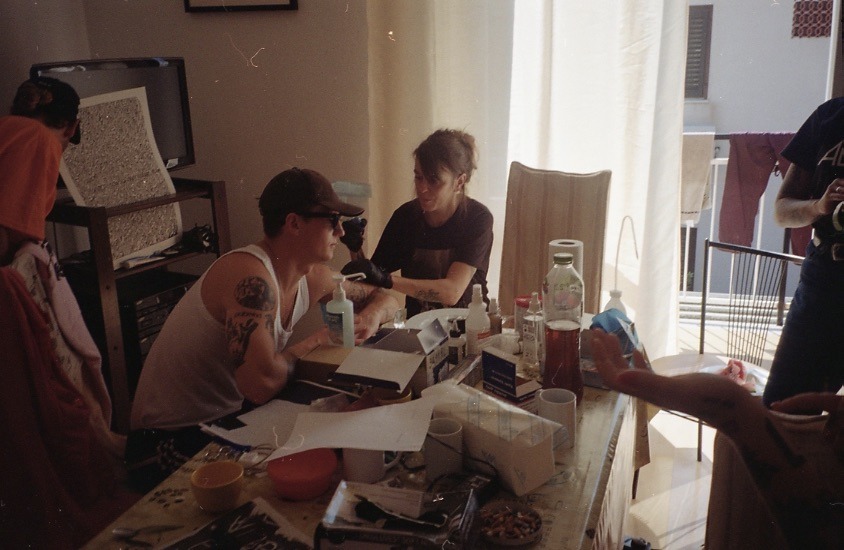 Slovenian legend Nez hooked up a few of us with ‘Vladimir’ tattoos. DFL baby 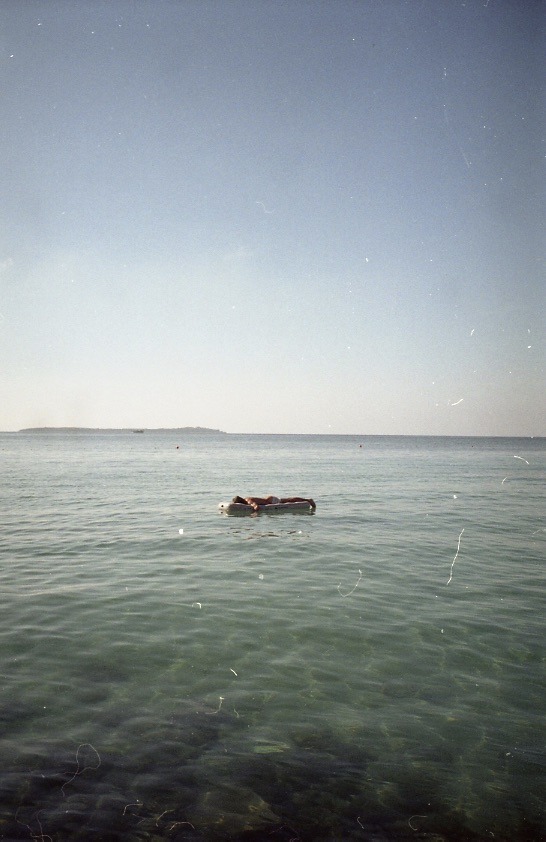 At one point we didn’t think Gilbert was going to return to land. Ultimate contentment

My personal favourite had to be the first film of the night ‘You Slid Through’ by the wonderful Jackson Davis, filming an Oregon trip with Jthaxx, Alex Halford and Sox. Name a better combination of fellas to watch destroying these North West concrete monoliths and having a jolly good time doing it. Real raw British skateboarding.

Saturday morning, a big crew of us nursing heavy hangovers set out to the local cliff jumping spot about an hour from town. Danijel ‘Jugga’ Stankovic was 100% champion of the morning, throwing a sideflip off the biggest 60ft cliff there. And that was his first test jump – lunatic!

After an adrenaline filled morning, the festival took to Pula for an evening of cinematic wonder. In ‘Kino Valli’ the grand cinema in the city centre, 3 films were premiered – ‘Skate Nation’, ‘Grinding the country’, and the absolutely hilarious ‘Reactions’ by David Mikulan.

Next stop – Kaštel for the ‘Static XX’ retrospective by Josh Stewart. I was sat with Palomino at the front watching Josh explain the show & we all thought we were going to be watching a Static video, however it turned out to be something much, much better. In the huge room next to the courtyard, glass cases filled the floor. Photos of every big name featured in the Static videos adorned the walls, and flickery short videos projected themselves onto the ruined walls of the Kaštel. I was stoked to see Stewart’s personal notepads with scribbles of ideas for B-roll footage and which tricks were still needed to be filmed at the time. A truly special show that every skate nerd could vastly appreciate.

The night’s finale was a beautiful exhibition by Henry Kingsford, showing photos from Jim Craven’s latest film. This was followed by a heavy session on the ancient Temple of Augustus outside with Glenn Fox going IN at full speed!

The night continued into the local rock bar, with the most fantastic display of dance moves throughout and a powerful rendition of ‘Bohemian Rhapsody’. 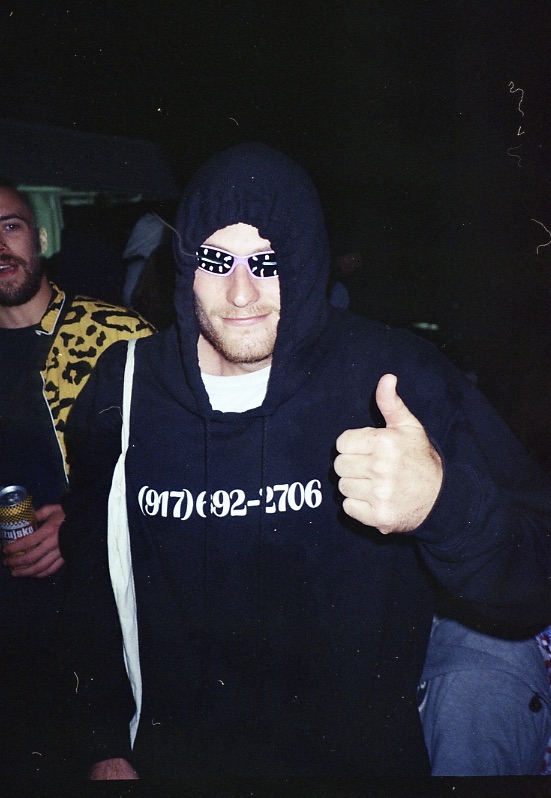 Ready for the afterparty? 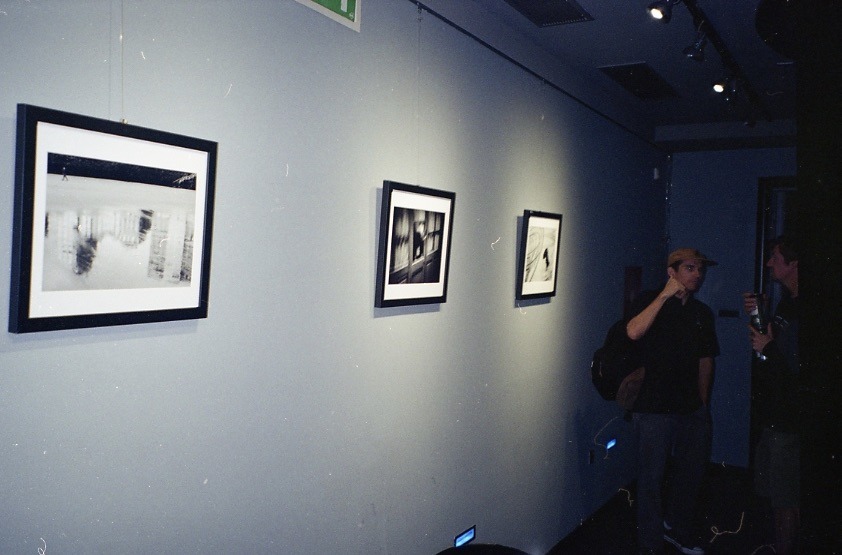 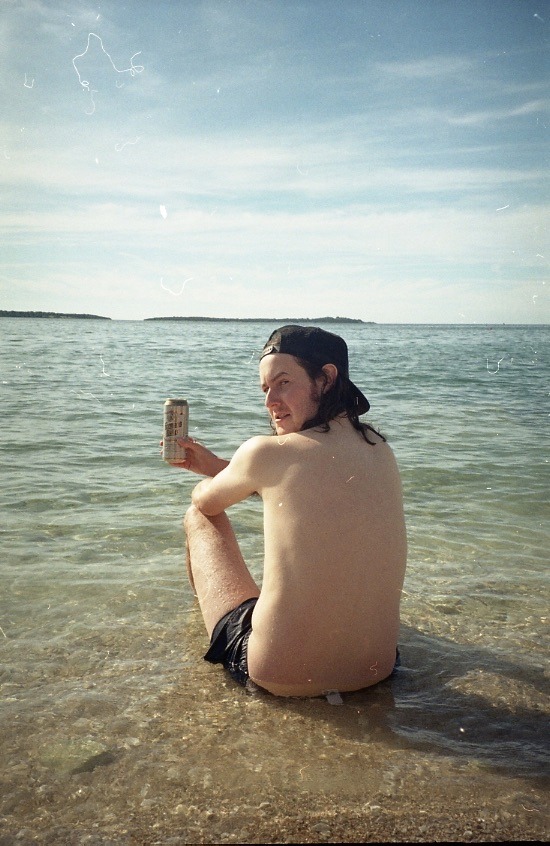 The sea was so clear that you could actually see Ghostmaan... 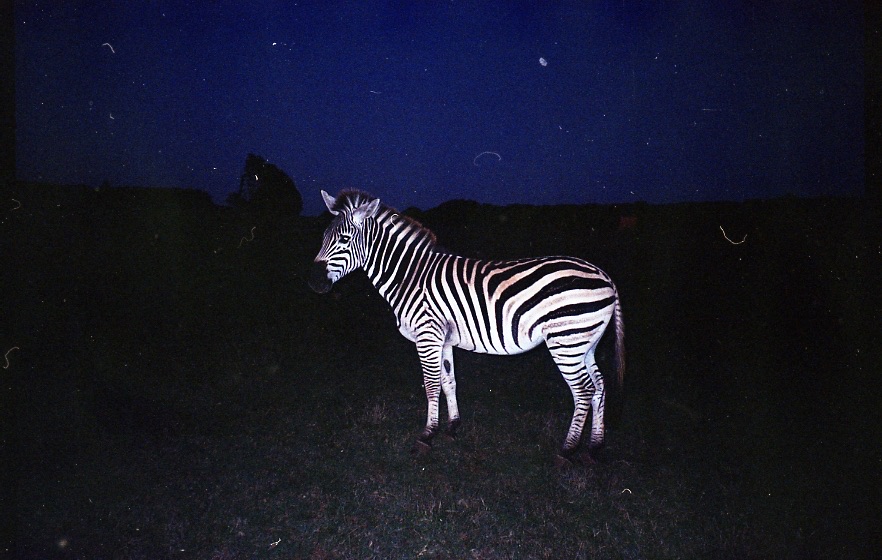 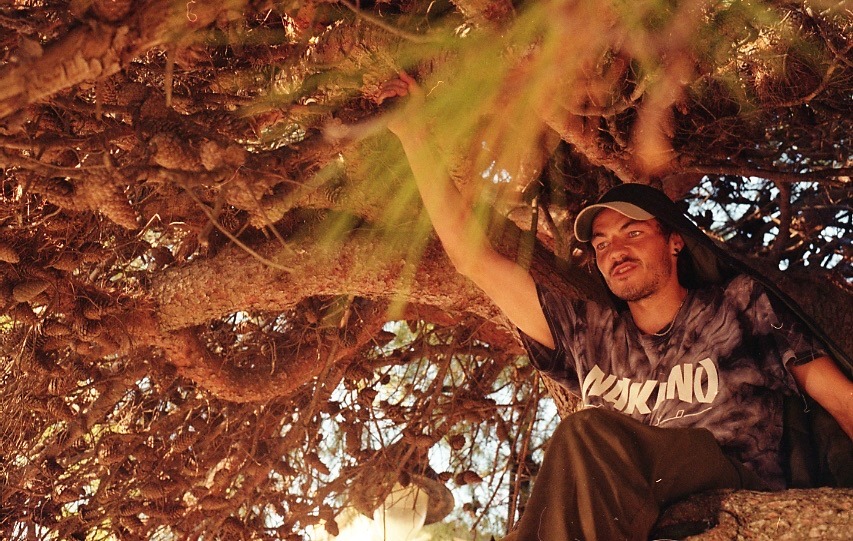 Pretty sure Sox slept up here 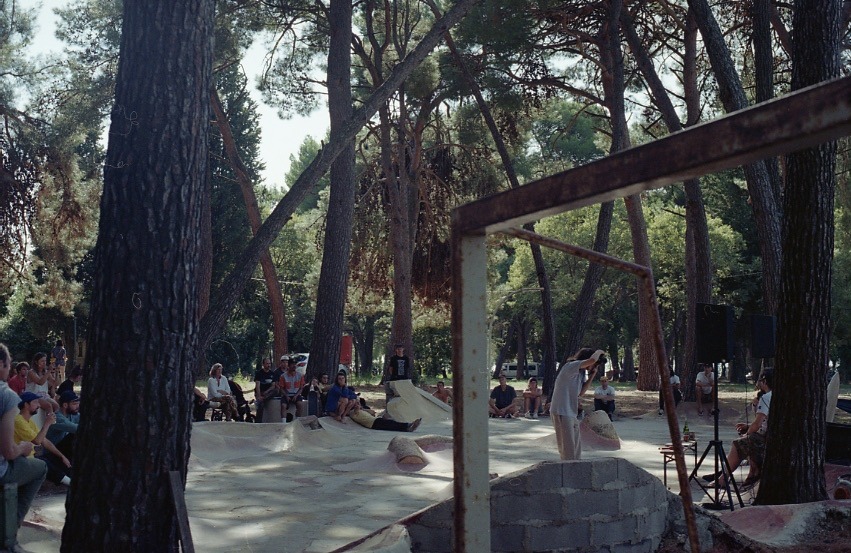 The final day of Vladimir is always the best, with the entire crew jumping on a boat to the incredible Island of Brijuni. Formerly Tito’s private holiday home, the Island is now a national park with a safari full of zebras and other weird and wonderful creatures. The screenings took place on a massive 50ft concrete screen with the audience gathered in awe at the sheer scale of it. Jim Craven premiered his new film ‘Pearls’ – a fascinating insight into the work of architect Santiago Calatrava and how throughout Europe his buildings and bridges can be all skated in some way.

Next up came the ‘Dorkzone 2’ video by Mike O’shea, Phil Evans and Nils Swenson. A stoke inducing video with very pleasant animations to boot. ‘Ye Olde Destruction’ by Thomas Campbell ended the evening with a bang – a 50 minute feature length 16mm film accompanied by a heavy drone-esque soundtrack that blew a few minds. 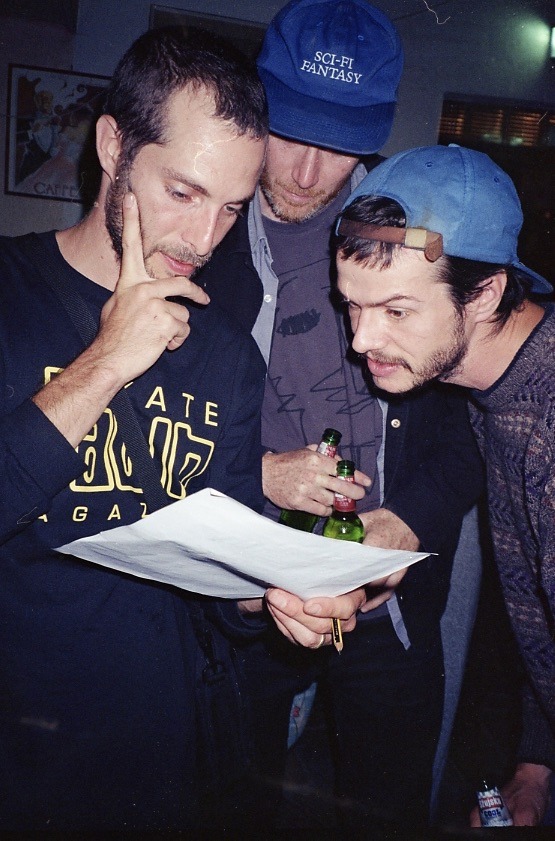 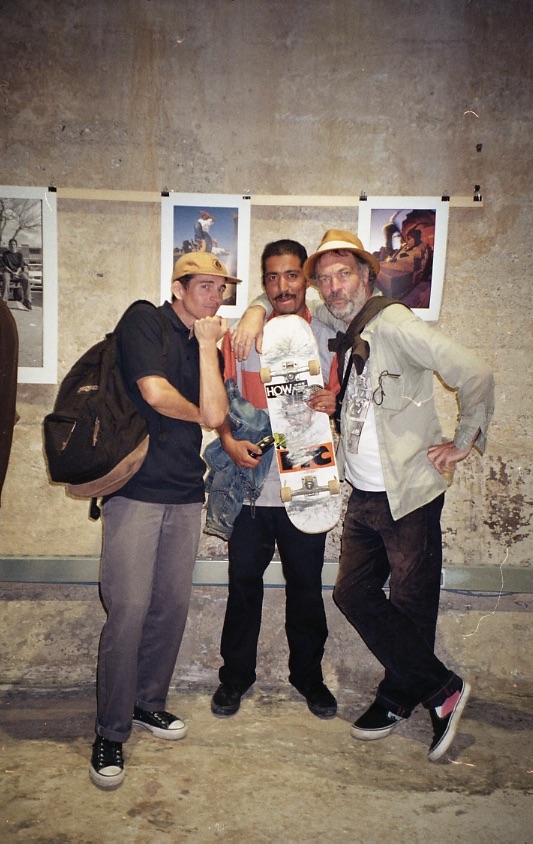 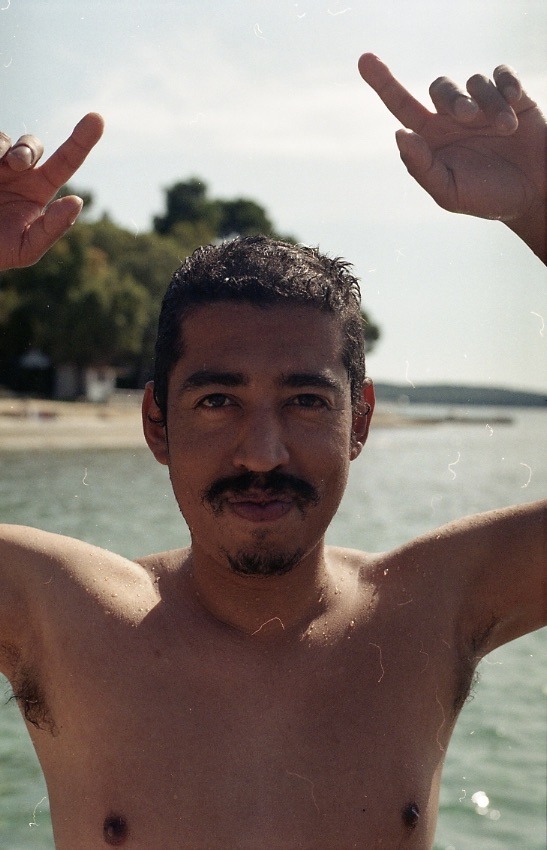 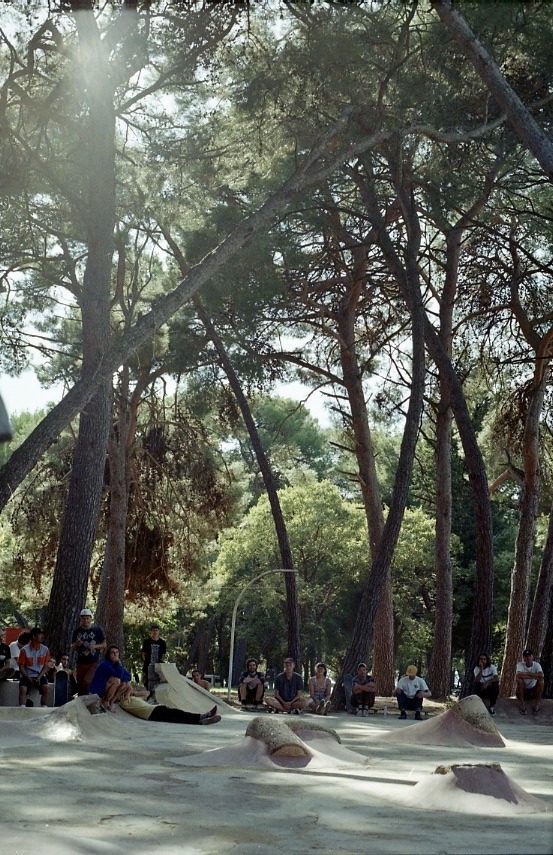 Have you ever skated a more picturesque scene? 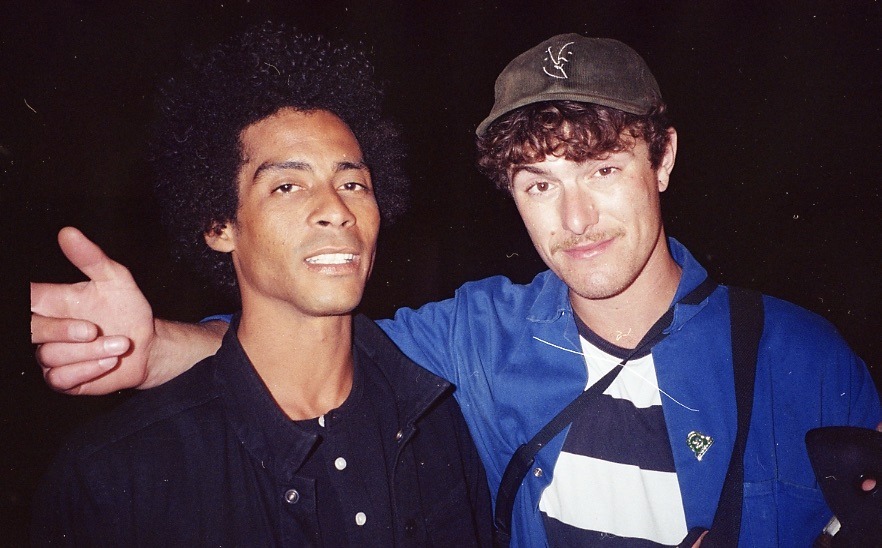 I over heard quite a number of people saying they’ve literally never watched so much skating in such a short space of time as they have over the course of the festival. I guess that’s what makes it so unique – the focus of the whole festival is to showcase the documentation of skateboarding in every media form. The collection of world-wide minds able to converse, relate and laugh over something we all hold so dear, and to do such a thing in an absolute paradise makes it that much more fucking spectacular. This week is going to be permanently in my calendar from now on and I really hope it continues to bloom in it’s own idiosyncratic way. Massive knucks to every single one of the Vladimir crew – Nikola, Marina, Iris, Oleg, Marko, Sara, Tibor, Butko, Marta & Manuel!

A selection of photos shot by Brenna Harrap at our Issue 10 launch at Northern Monk Refectory in Leeds.

Our re-cap from the 10th anniversary of the Vans Shop Riot finals in Milan.