Check our re-cap from the Pier Pressure Jam which took place in Folkestone over the weekend! Featuring the likes of Jake Snelling, Ben Broyd, Amanda Perez, Salar Kooshki, Josh from The Ramp Supply Co, Diggs English, Gilbert and more!

I moved to Folkestone 6 weeks ago and the first meeting I have when I arrive here is with Alex Frost AKA @ShitPencil about the skatepark.

We went for a walk around the town and found ourselves on the Harbour Arm, which is run by Creative Folkestone. This is an arts group set up to try and bring creatives to this sleepy seaside town. The Harbour Arm is now the home to some amazing vegan food and independent stall holders. There are bars, live music and a massive TV screen in a yard. We were offered this whole space to do what we wanted with. 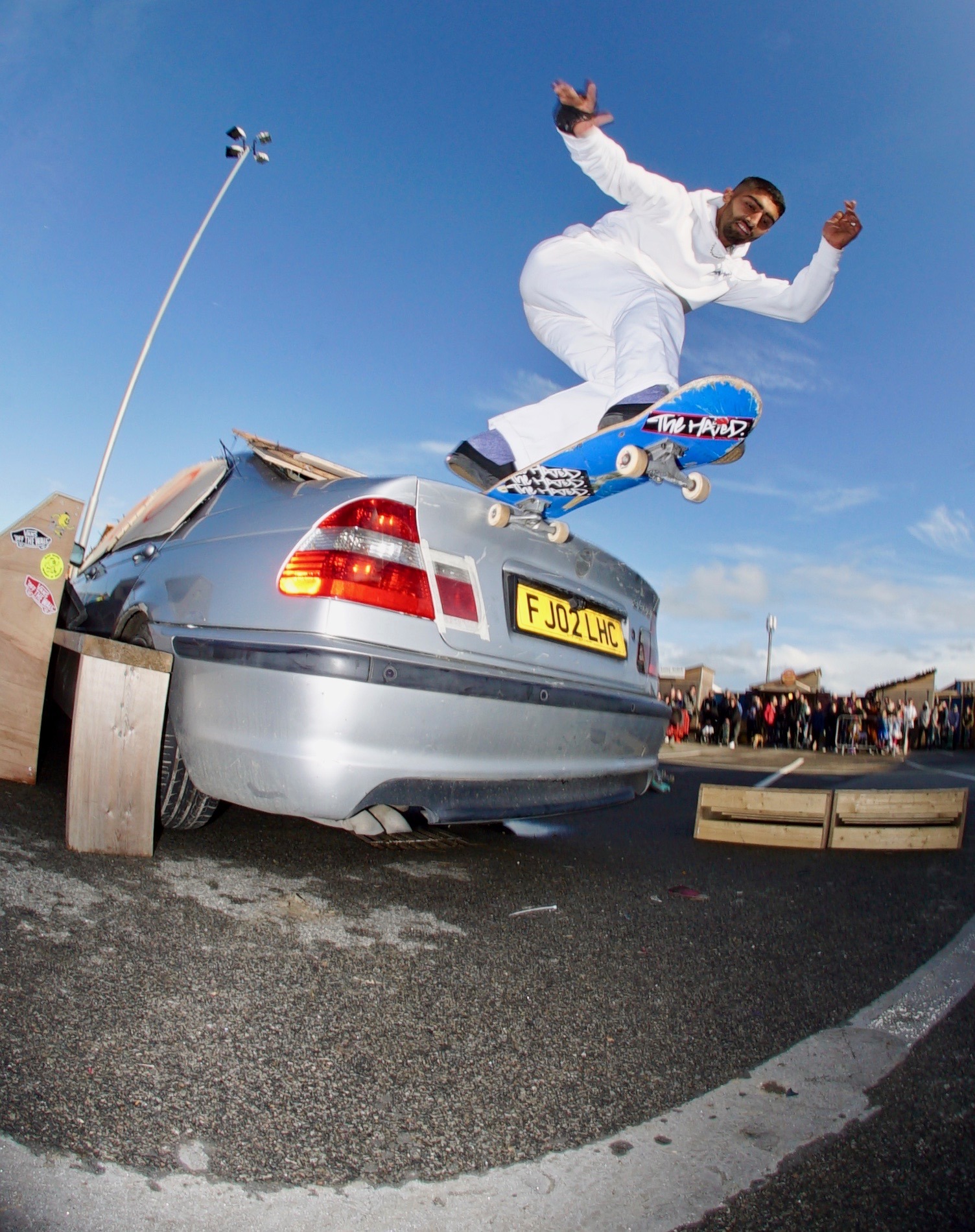 Naturally the first thing I thought of was a Venice beach style jam. When I first saw those photos in the 80’s I just thought it looked so cool, it was what drew me in. I love the jump ramps, wallrides and skating cars.

It was always a brave move scheduling an outdoor beach event in late October, the run up to the date was some of the worst weather we had in ages. I kept asking animal chin to bring the sun and he stuck to his word and the sun broke out just gone lunch time.

The Ramp Supply came down and brought their latest set up which includes a modular mini ramp that you can assemble in less than 20 mins. It really is an amazing bit of kit. Our plan was to take this from the beach and then set up in a pub beer garden, which we plan to do at a later date. 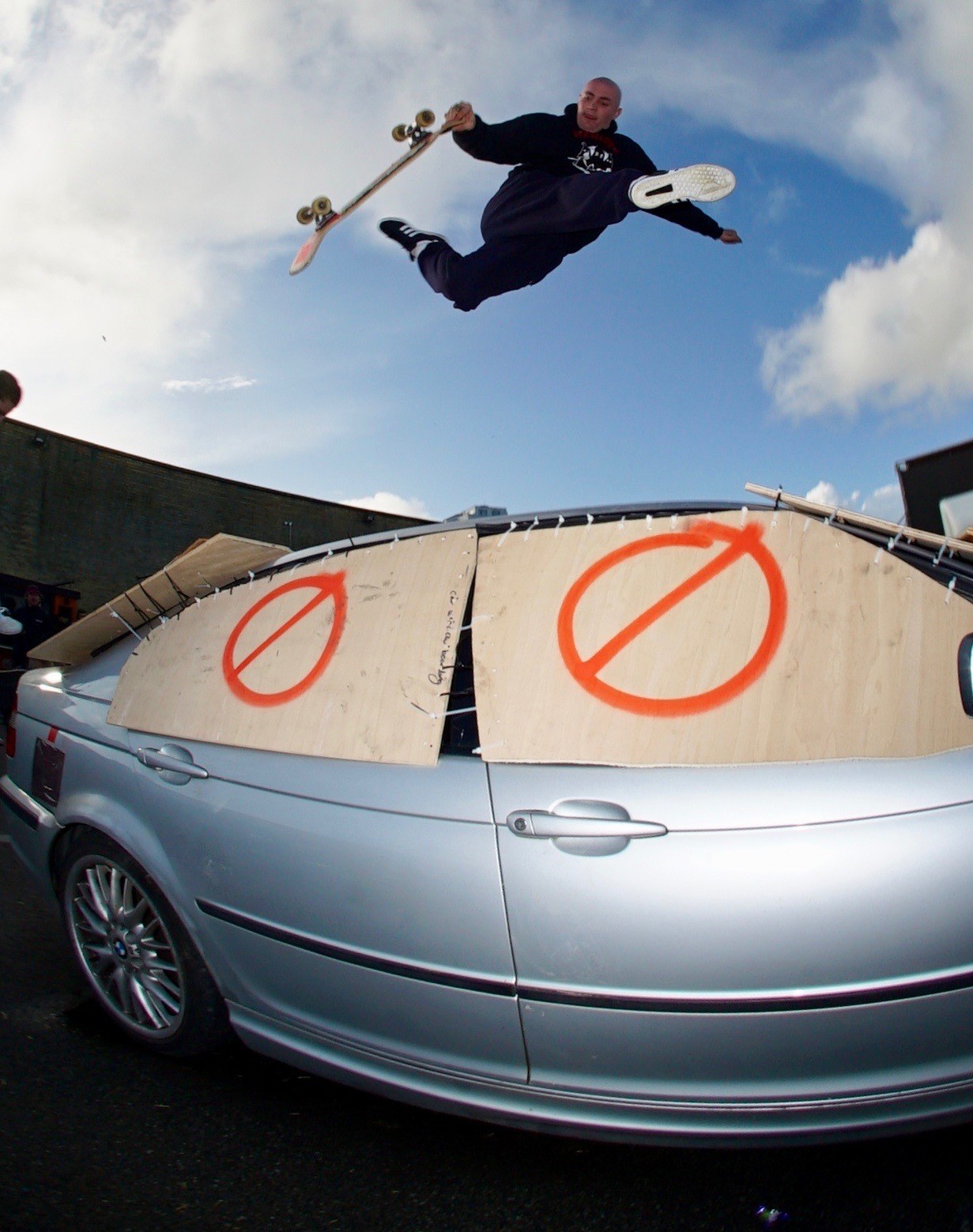 The Blast Skates team were on hand for the day, and Jake Snelling was freshly living his Blokes on Thrasher fame. He was busy telling me the comments that had been left on facebook, very amusing. A lot of Americans didn’t really understand their humour. Jake was the perfect person for this event as I feel his skating represents the true essence of what originally attracted me to skateboarding. He understands the importance of making a great shape in the air and doing your tricks properly.  He also loves skating cars.

We were given a E46 330D, I went for the Diesel as I knew letting Jake anywhere near a petrol car might be a problem and may invalidate our insurance and the possibility of returning again. 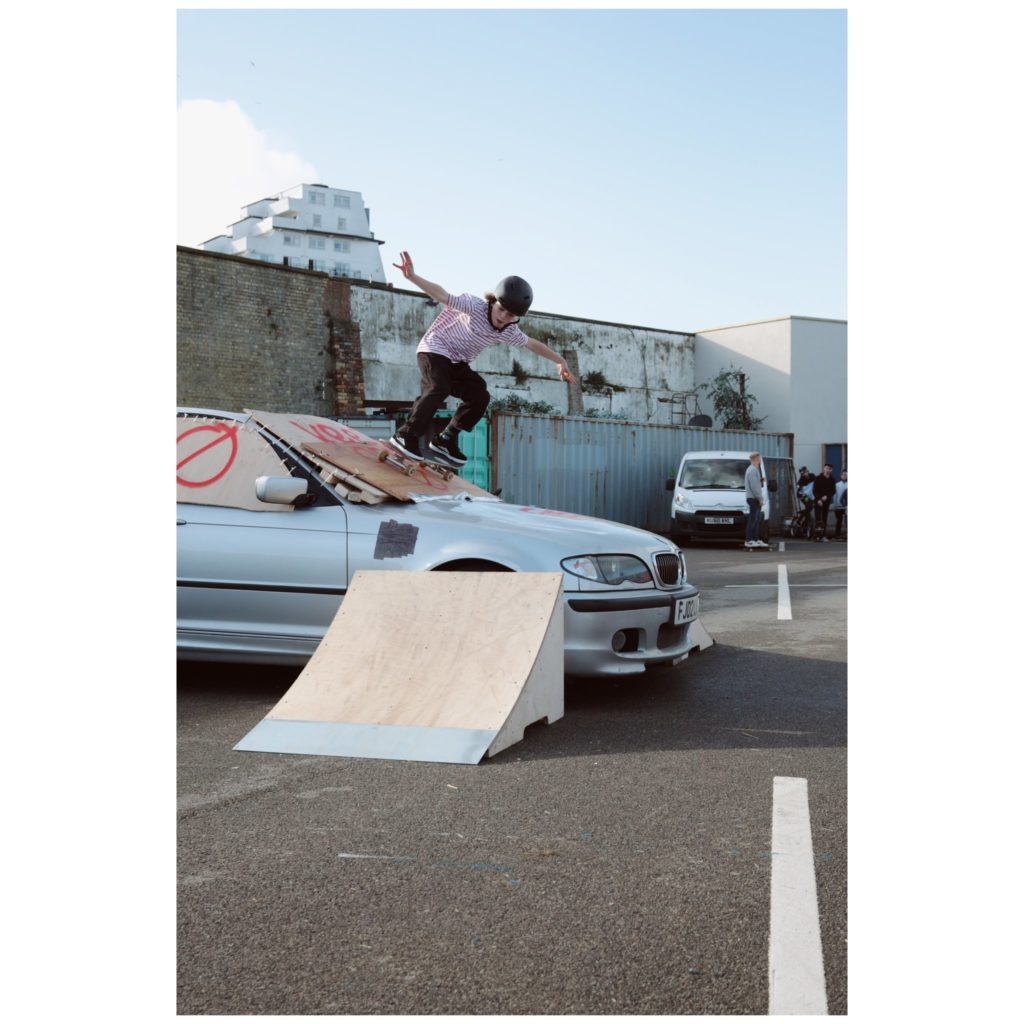 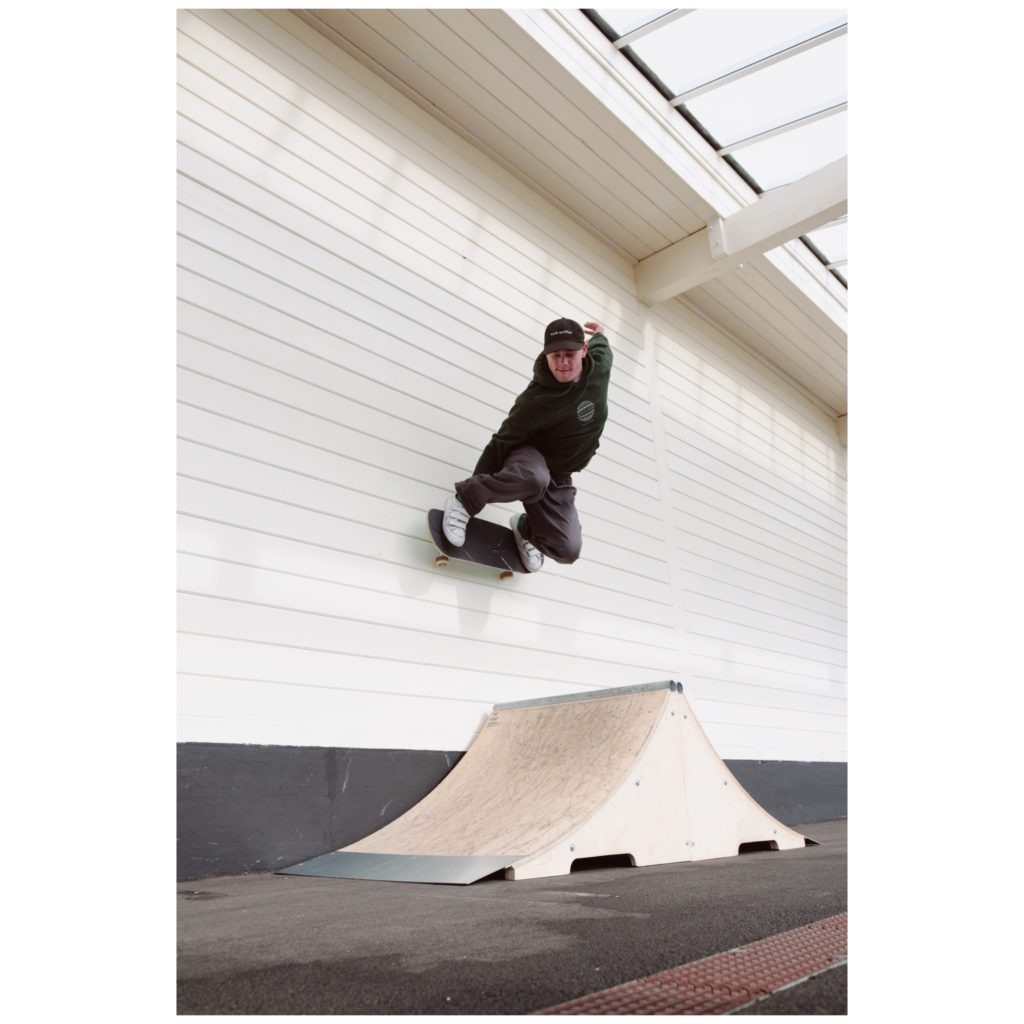 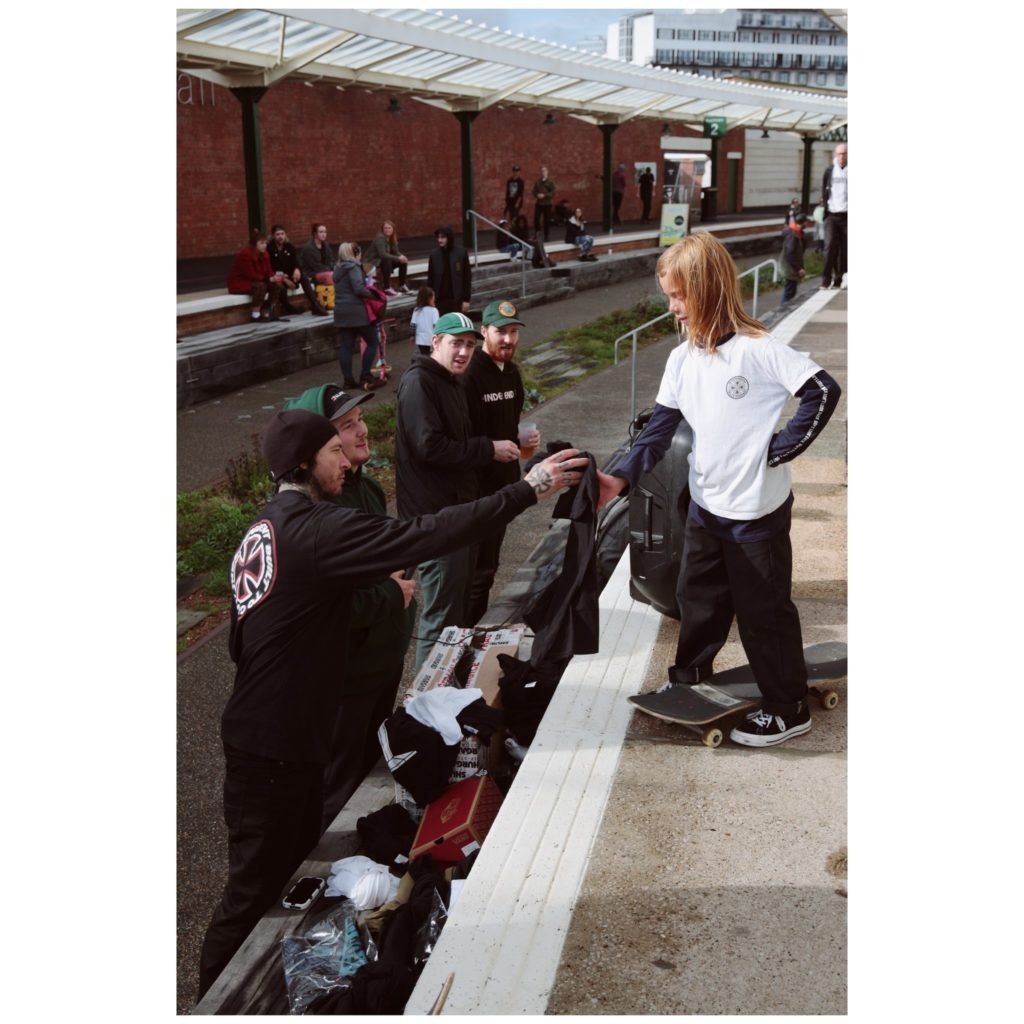 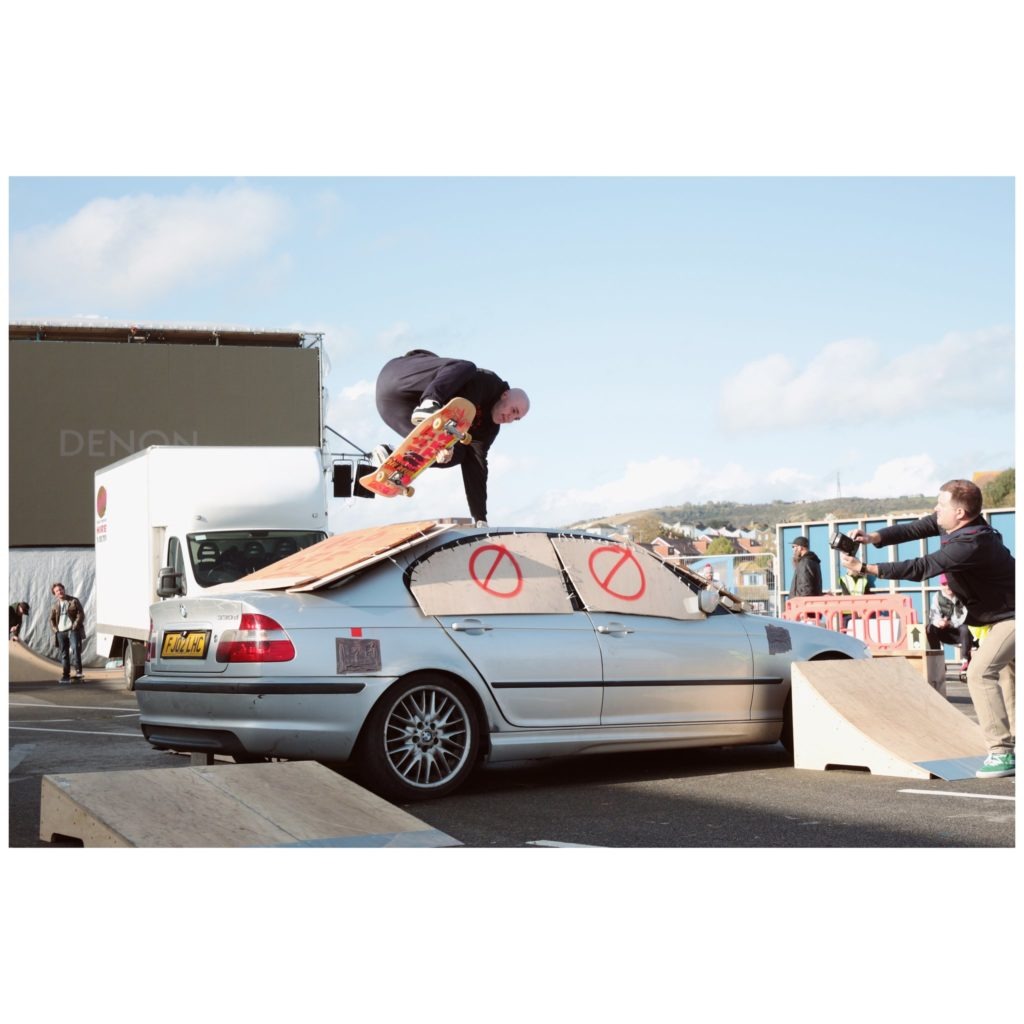 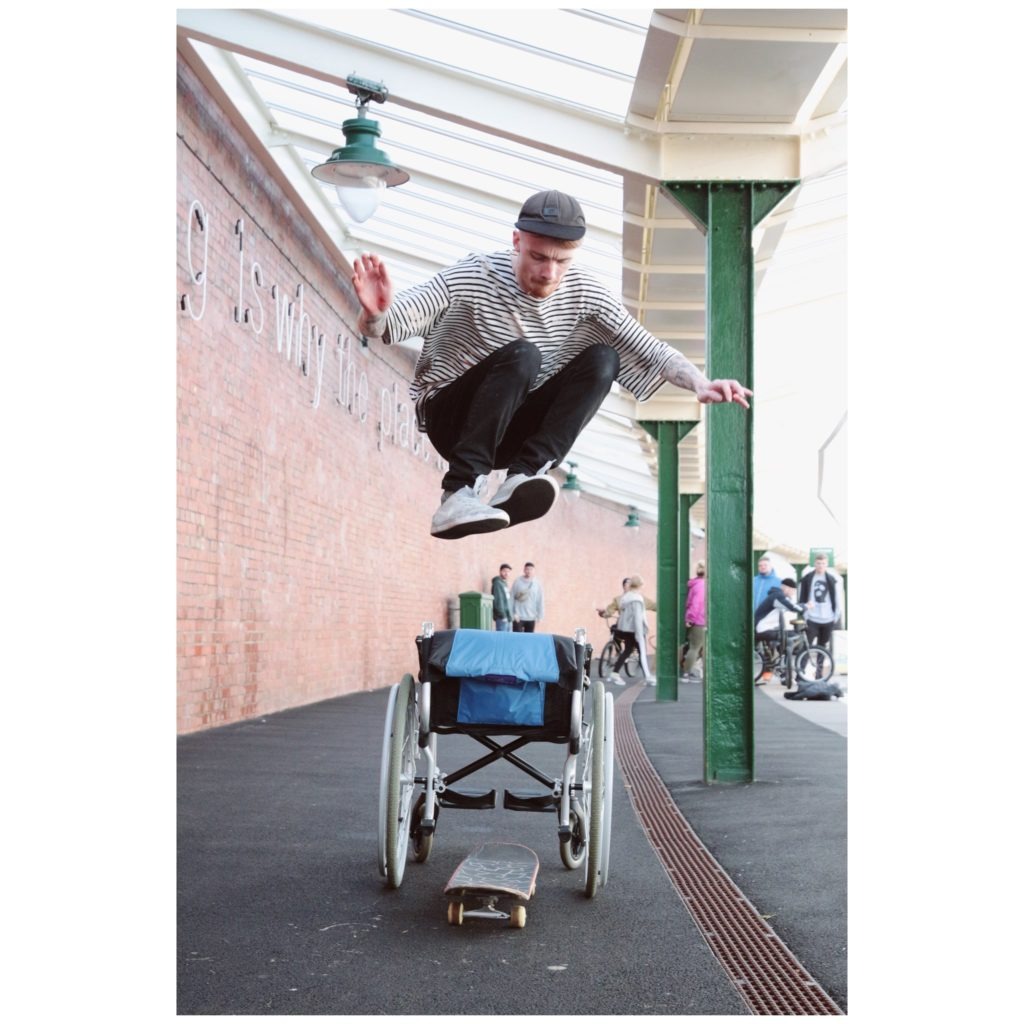 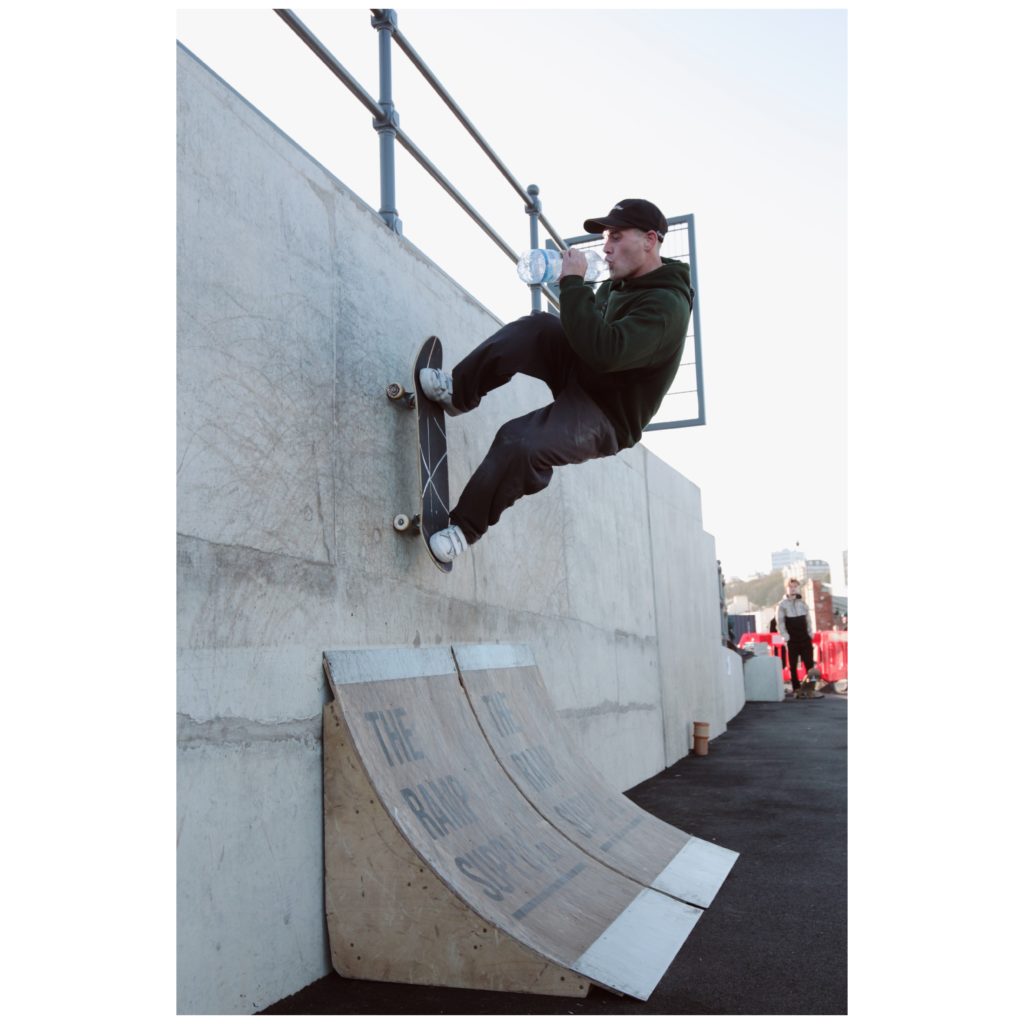 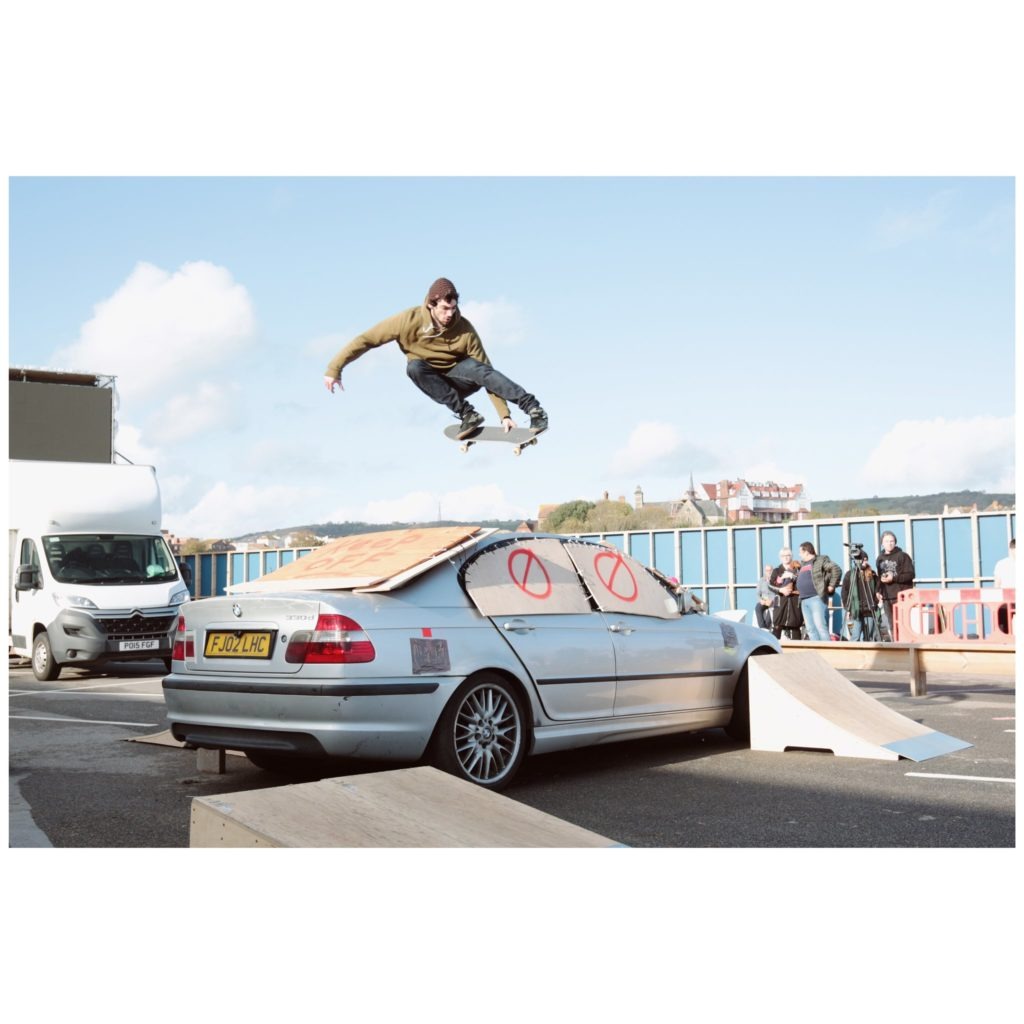 He kicked things off with a few mutes, methods and some insane airwalks over the roof onto the flat.

Next up was The Hated’s Salar Kushki. This guy is a machine. He was getting into the most stylish backside tailslide on the boot of the BMW, and then straight away knocked out a shove, I’m not sure if he landed this before we moved to the wallride.

Diggs English came down with his crew and he pretty much did a one kid demo on the car, popping the most stylish backside boneless on the window of the Beamer. It’s great seeing different peoples interpretations of how to skate a car, there was one guy doing a 360 flip footplant, I’m not sure if he landed this? 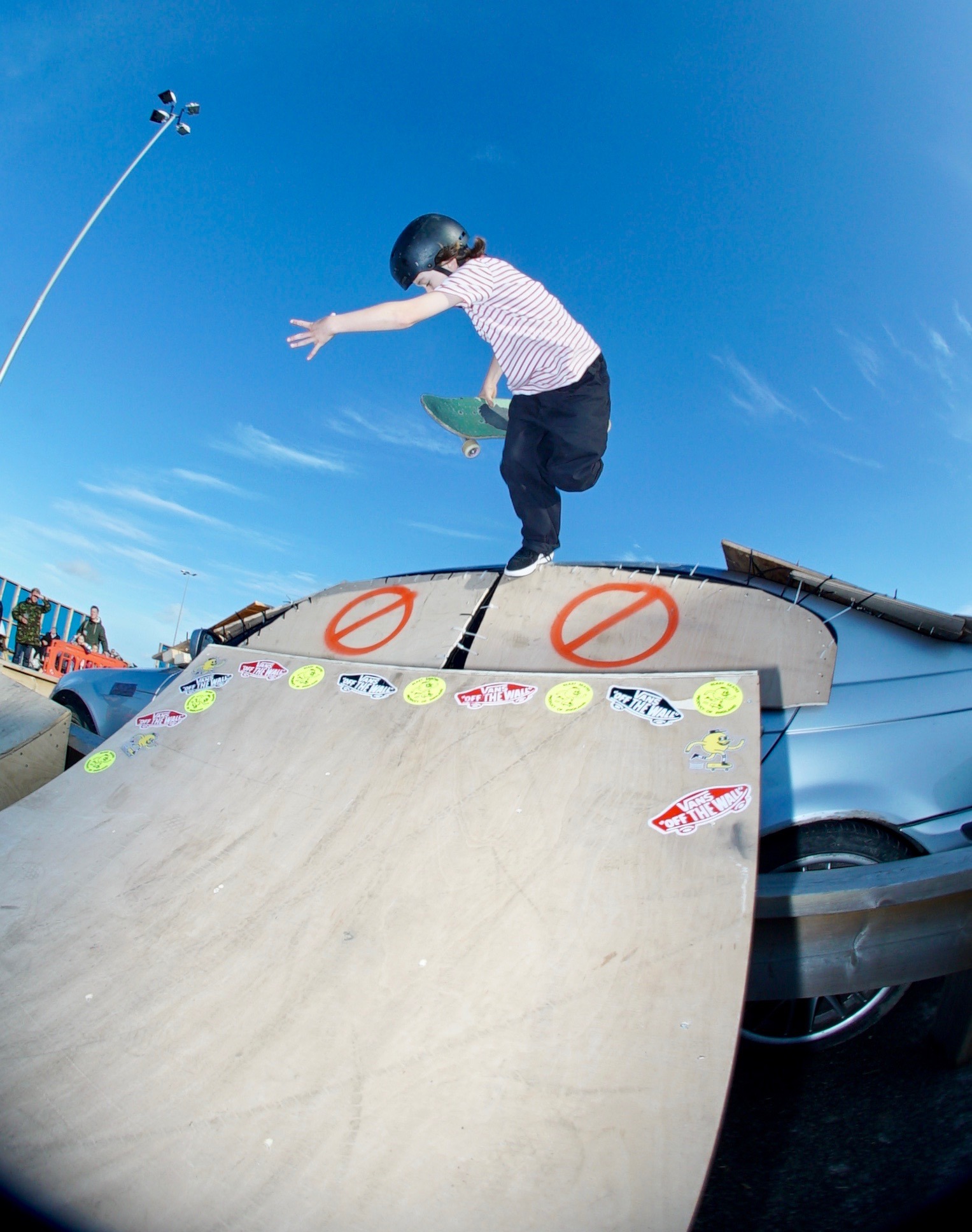 Max Rotton is very much part of the Folkestone scene and was my first point of contact since arriving here. He bust out a backside footplant over the car and then a K grind on the boot.

Josh from the Ramp Supply kicked things off by dropping in with a bottle of water in his hand.

Ben Broyd wasted no time by going straight for a crail over the ever expanding gap. 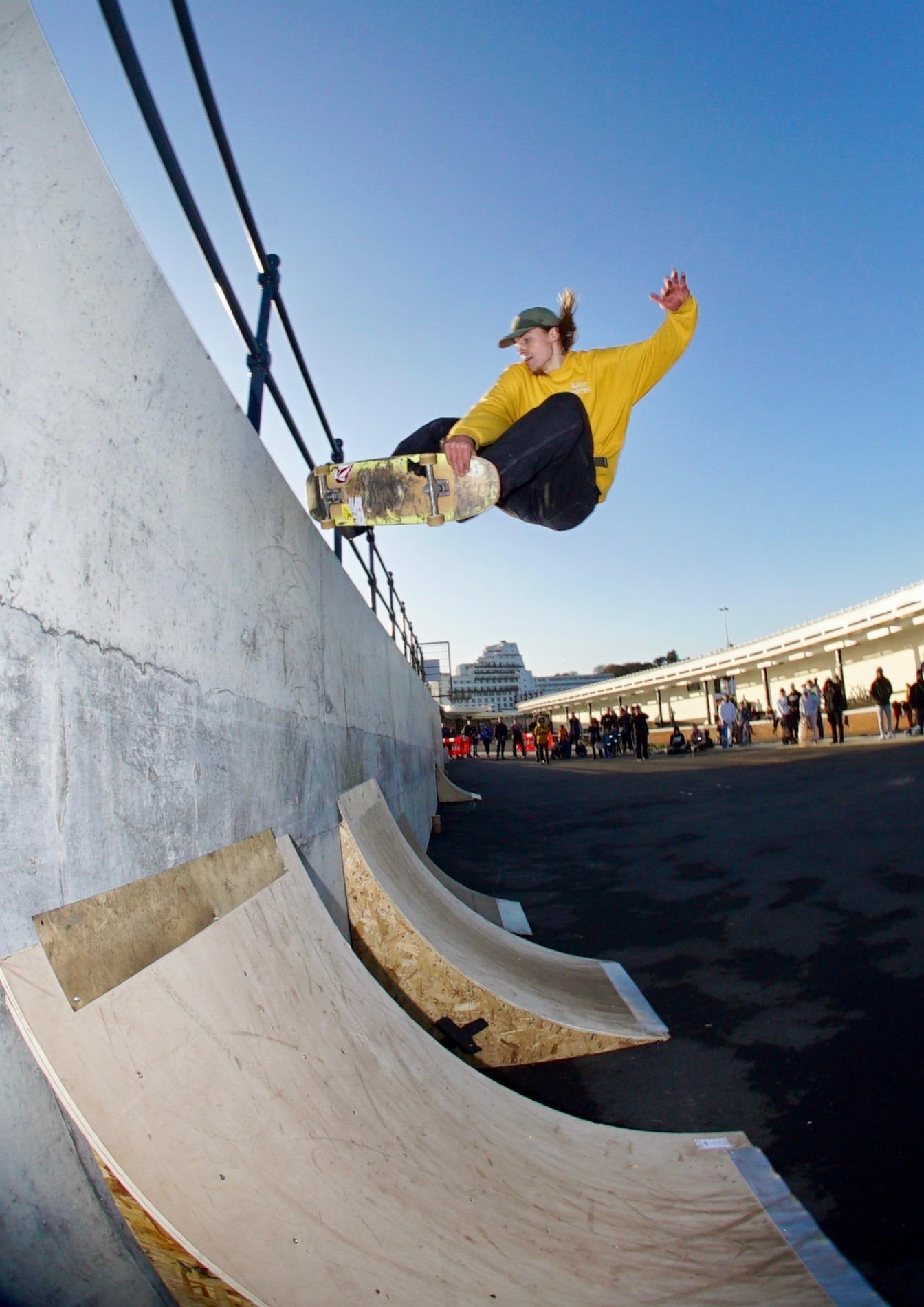 Salar Kushki rose to the challenge and started waxing up the lip of the wall. He slammed so hard onto and already injured wrist. Everyone thought this was game over for the day, until he got straight back up and backside ground the beast of a wall. This guy is definitely one to keep an eye on, proper steez on him, even came dressed in full Heath Kirtchart white attire, and it remained crispy white too. I later found my wife checking out his pecs on his instagram page, well worth the look (laughs)!

And then out of the blue Gilbert popped straight into a stand up wearing a pair of what looked like extreme cross trainers. Top marks for steez. 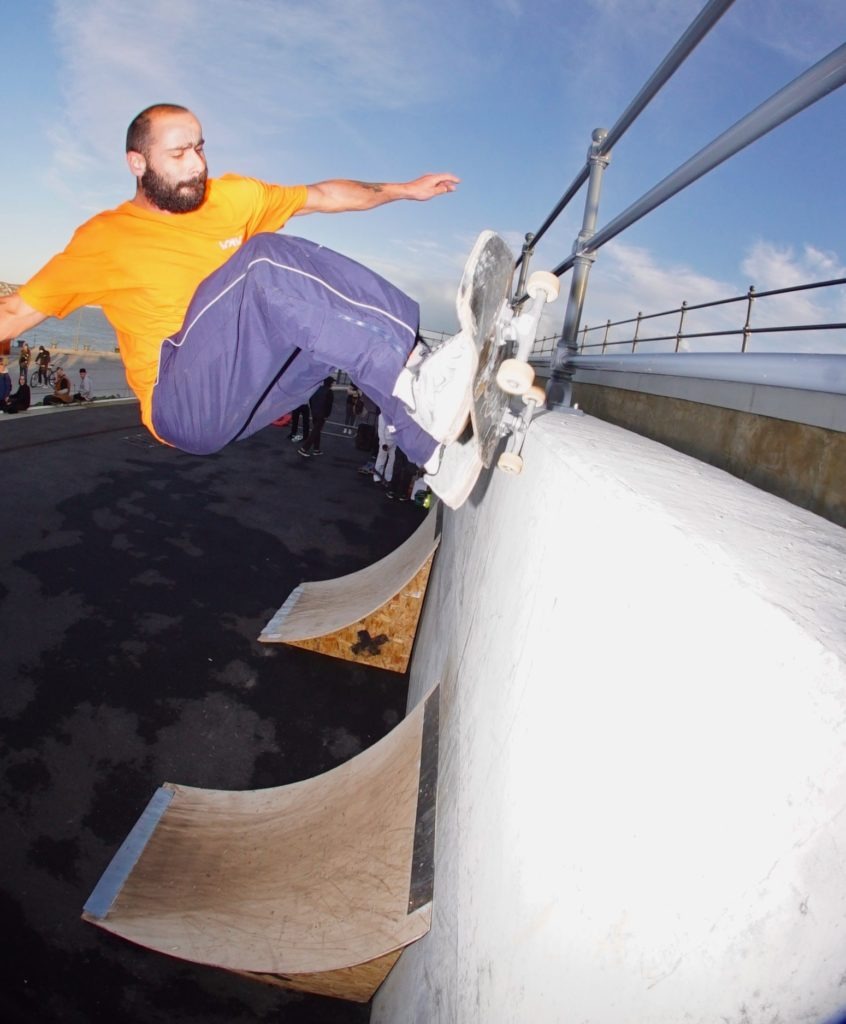 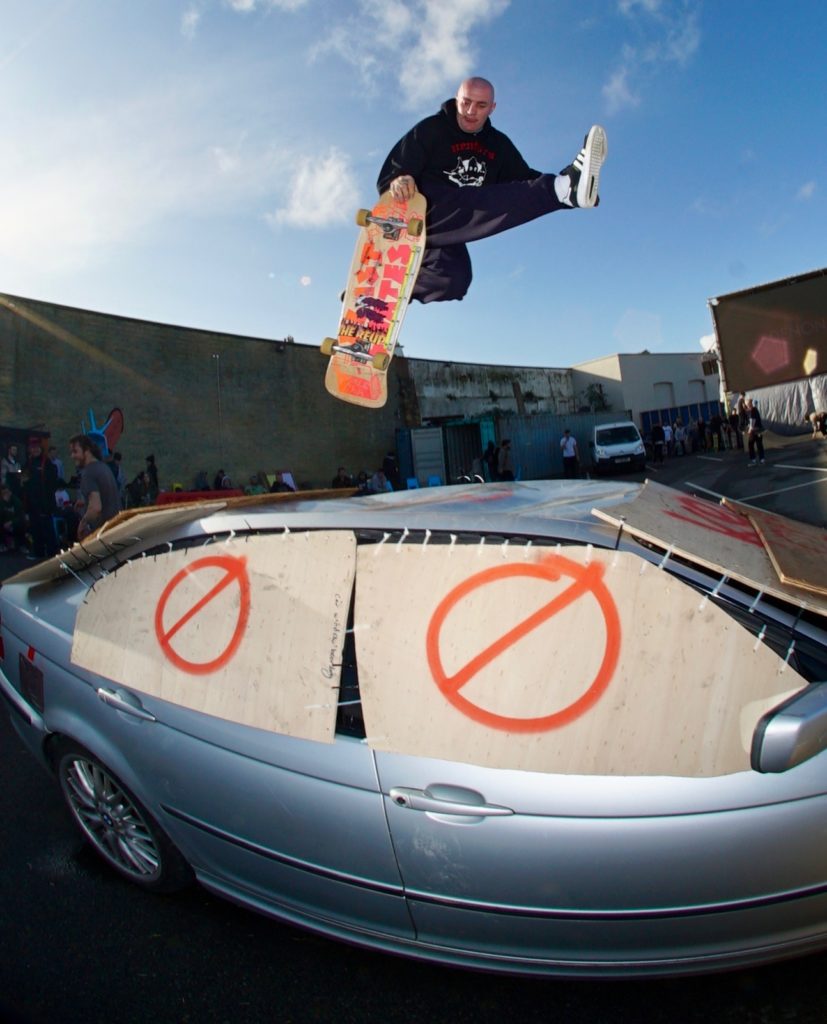 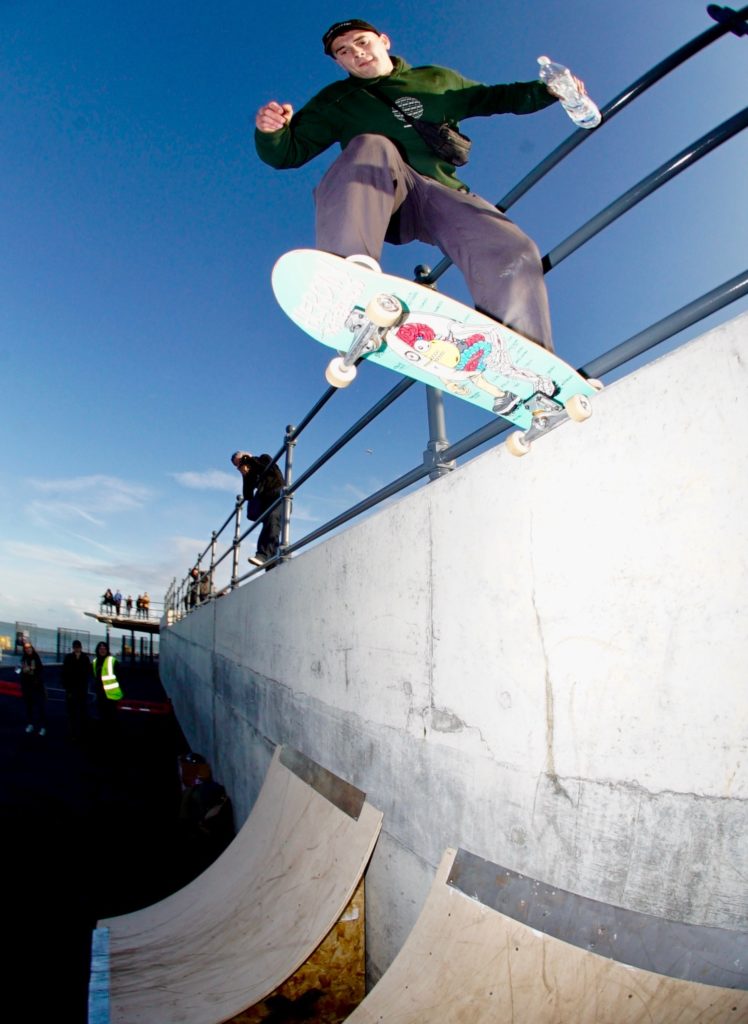 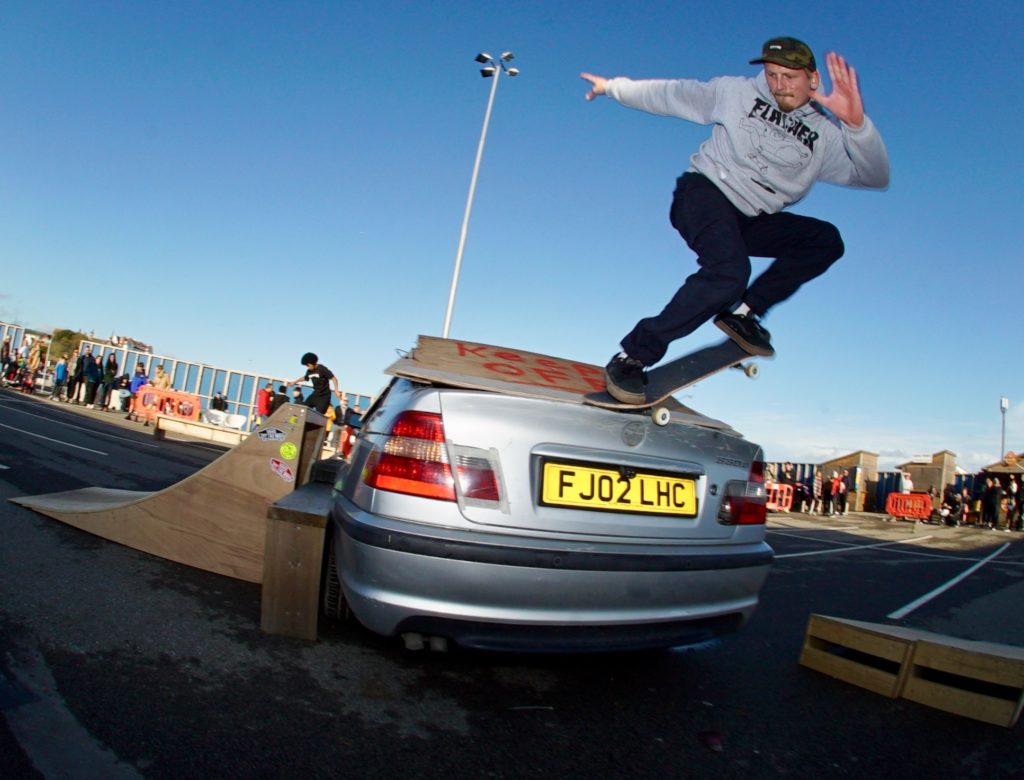 This was the first of what I can see as being a regular event.

Keep an eye on SkateFolkstone and F51Folkestone for regular updates. 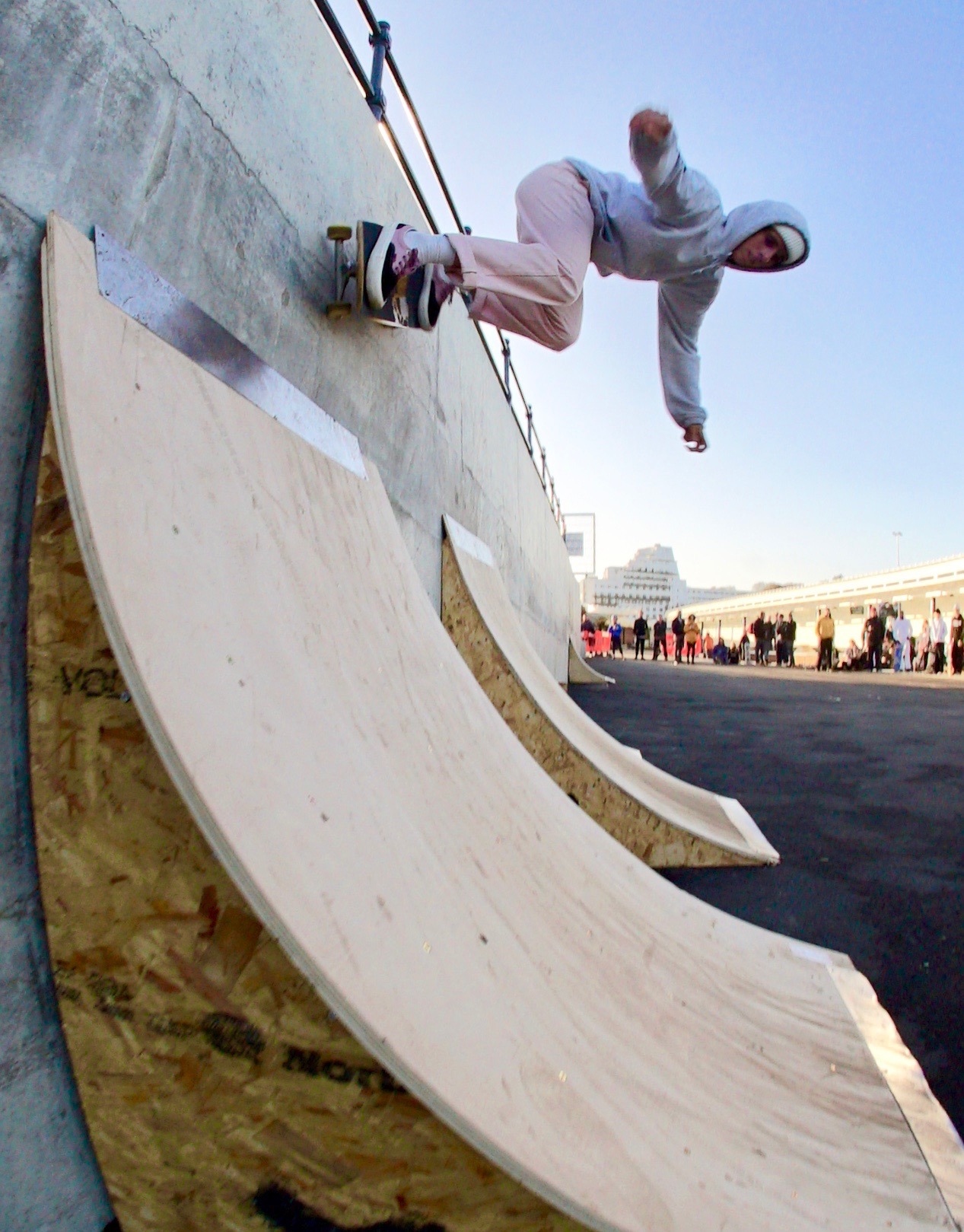 Folkestone 51 is a multi-storey skatepark opening in 2020. It’s 3 floors high and is home to a pair of wild suspended concrete bowls that are currently being finished off by Maverick. We managed to get tours of the park running on the day (shoutout to Nigel Griffiths, the site manager, who gave up his Saturday to make this possible). We’re already thinking of ways that we will incorporate the park into the next Pier Pressure. You can see updates on how the park is getting on through the instagram @folkestone51 & @skatefolkstone. 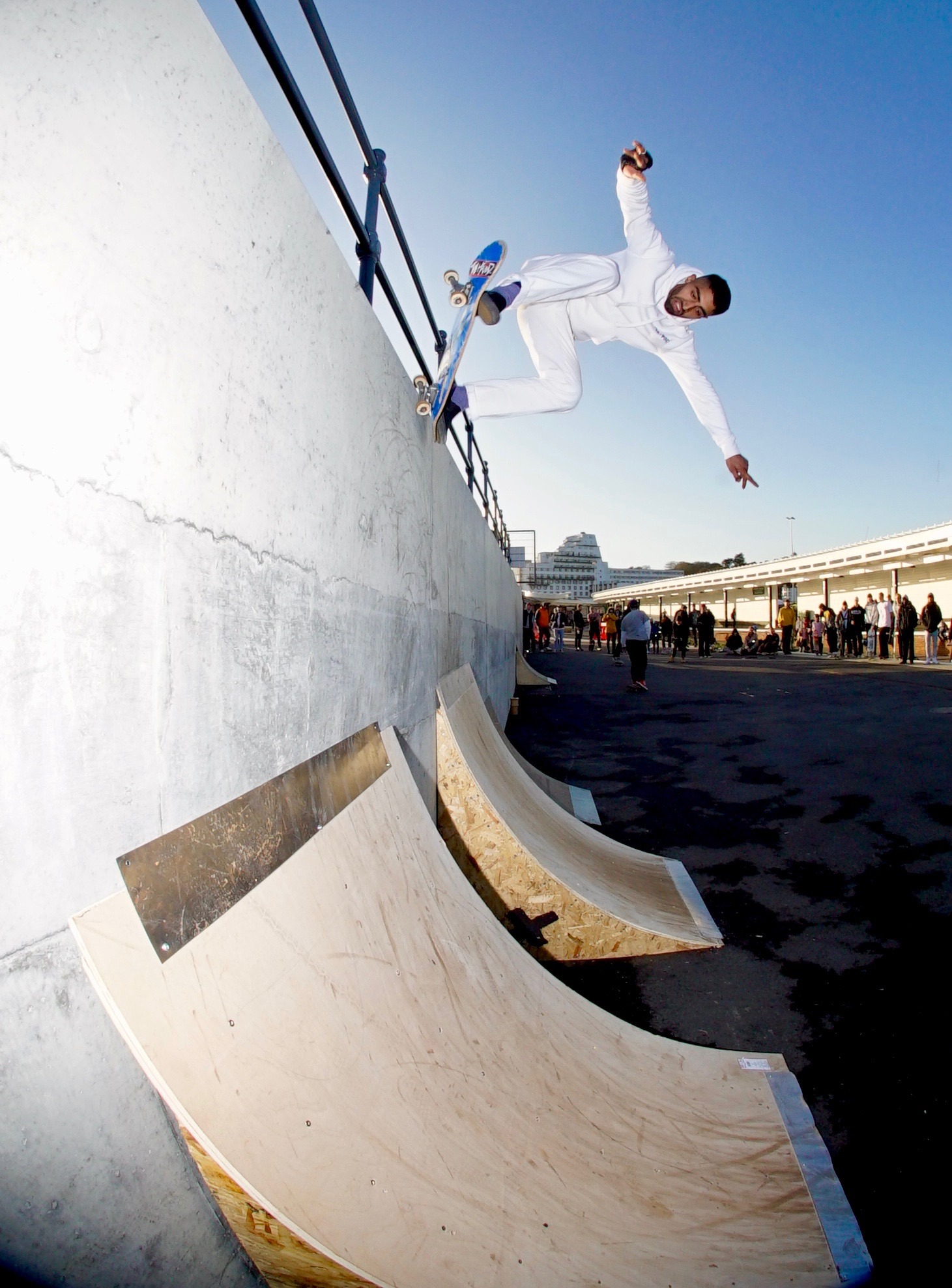 We need to thank:

A new skate / art / music based event kicked off over the weekend in Wakefield. Featuring the likes of Aiden Blaymire, Blinky, Wapo, Victor Mputu, Lee Rozee and more.

Ed Hubert's masterpiece is premiering on 7th September at Peckhamplex, London. Watch the second trailer and find out about ticket info here!