Serious Sam Barrett is the complete and utter man inside and out. Skateboarding and folk music are the factors in bold here, but everything in between further adds to our appreciation of him. Even getting him a pint in exchange for a story results in you metaphorically short changing him. Serotonin inducer on the highest of levels, with an extensive back catalogue of wit and hype to boot. Any live performance is dripping with legitimacy especially if backed by Squeezebox Bob or any of the Pine Hill Haints. Thanks Sam for all the real life hammers.

You’ve recently just got back from touring in the USA with Squeezebox Bob. Where did you hit? I saw you got to shred Kona, that must have been insane!

We started in Louisiana this time then we played in Alabama, all the way through Florida, then up to Missouri, Indiana and finally Kentucky. Yeah we got to Kona and managed to go down the snake run a handful of times just before it rained. It’s the oldest surviving skatepark in America. It’s an insane place. 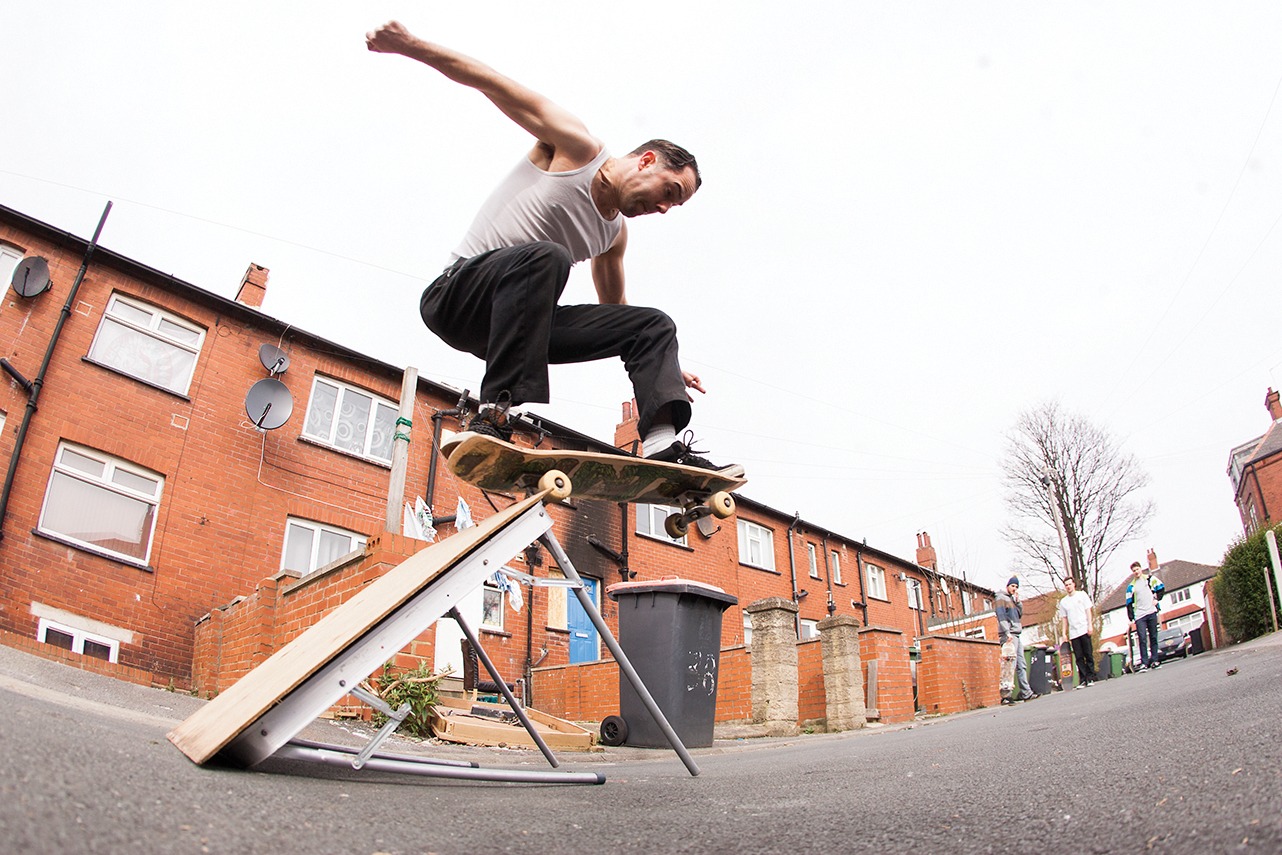 Did you stay with the Pine Hill Haints out there? How did you originally meet with them and are they back these ways anytime soon?

Yeah we stay at their houses when we’re nearby and other than that it’s whatever floor or couch we can find to sleep on that night. I’m doing a big UK and Europe tour with The Haints in June/July and we’re playing Brudenell on that tour too!

This tour essentially was to promote your latest album which is certainly not your first? Would you say there’s a particular theme with this offering?

It’s actually my 7th album if you count the live one I did and the first LP I did with Jamie. Yeah the new record is a raw, folky LP with a lot of traditional numbers on it. I recorded it with James the Fang from the Pine Hill Haints on an old 4 track tape machine in a little house on Dauphin Island, Alabama. 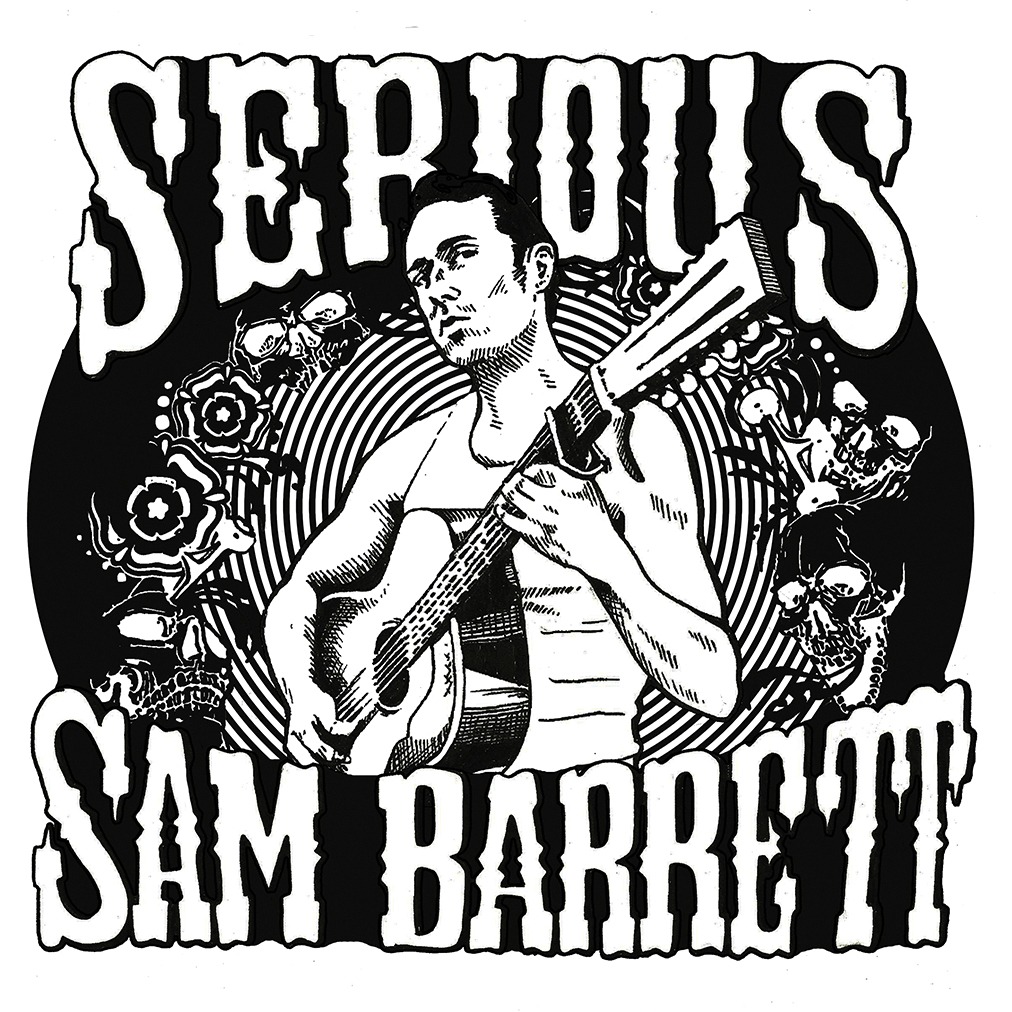 I’ve always admired how close knit the production of your stuff is, from local artist Sami Graystone doing the artwork for you, to the vinyl covers being printed in your basement by Lee Rozee. How important do you feel the community aspect of combining these creative outputs is?

Yeah I think it adds to the quality of a product if you get your immediate circle to come together on the artwork and printing. It’s like tangible evidence that you can see and feel of friends working together. That’s pretty cool I think.

Filmed and Edited by: Dave Tyson

On the subject of the previous house, what are some of your fondest memories and has the Carl Weathers gym been relocated? Vegan curry and weights night used to go off!

Well without being too Jackass bamagram about the whole thing there was always some silly shit jumping off at that house. Bottles of Stars & Stripes bourbon and lots of skaters rolling through. Probably the best was when Ian Blackburn shaped a piece of cheese like a bar of soap with a file. He then placed an imperial leather sticker on top and left it by the bath not really thinking anyone would be stupid enough to use it. I obviously was stupid enough and attempted to wash myself with cheddar a good few times before Ian broke it to me. We used to shoot each other a lot with BB guns on a night, one night I remember a taxidermy squirrel with a power drill up it’s arse. Rozee oillied out of the back door into a home made flatbank, Ian chucked a telly out of the bathroom window. It was the global epicentre of hijinx and stupidity for a long time. Joe Howard’s gaff with the pet squirrel (Busta Climbs) was pretty nuts too though. 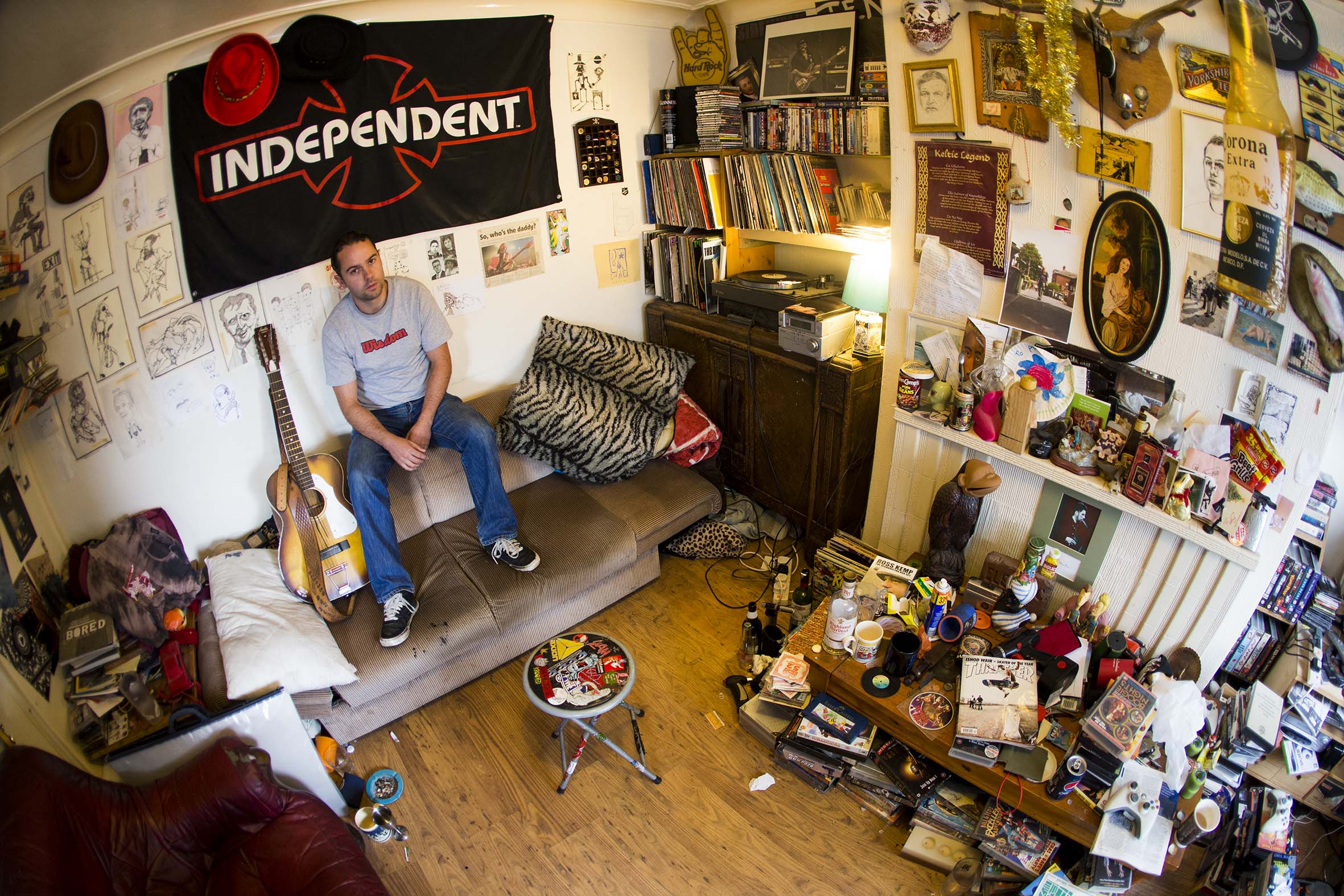 You grew up in Addingham, a leafy area of natural beauty located in the West Yorkshire hills. How would you sell Yorkshire to someone who has never been? Love having sly digs at London while returning home to Yorkshire in a hurry?

Honestly I’ve met some miserable people in my time but I’ve never met anyone who’s been to Yorkshire and hasn’t loved it. It’s a lot about the people. People are funny here man especially the older ones. It’s also the countryside which is beautiful but rugged. The big cities and the history of industry and manufacturing is a big part of the culture up here. And of course you’ve got the beautiful east coast. It’s just rad and it’s home. 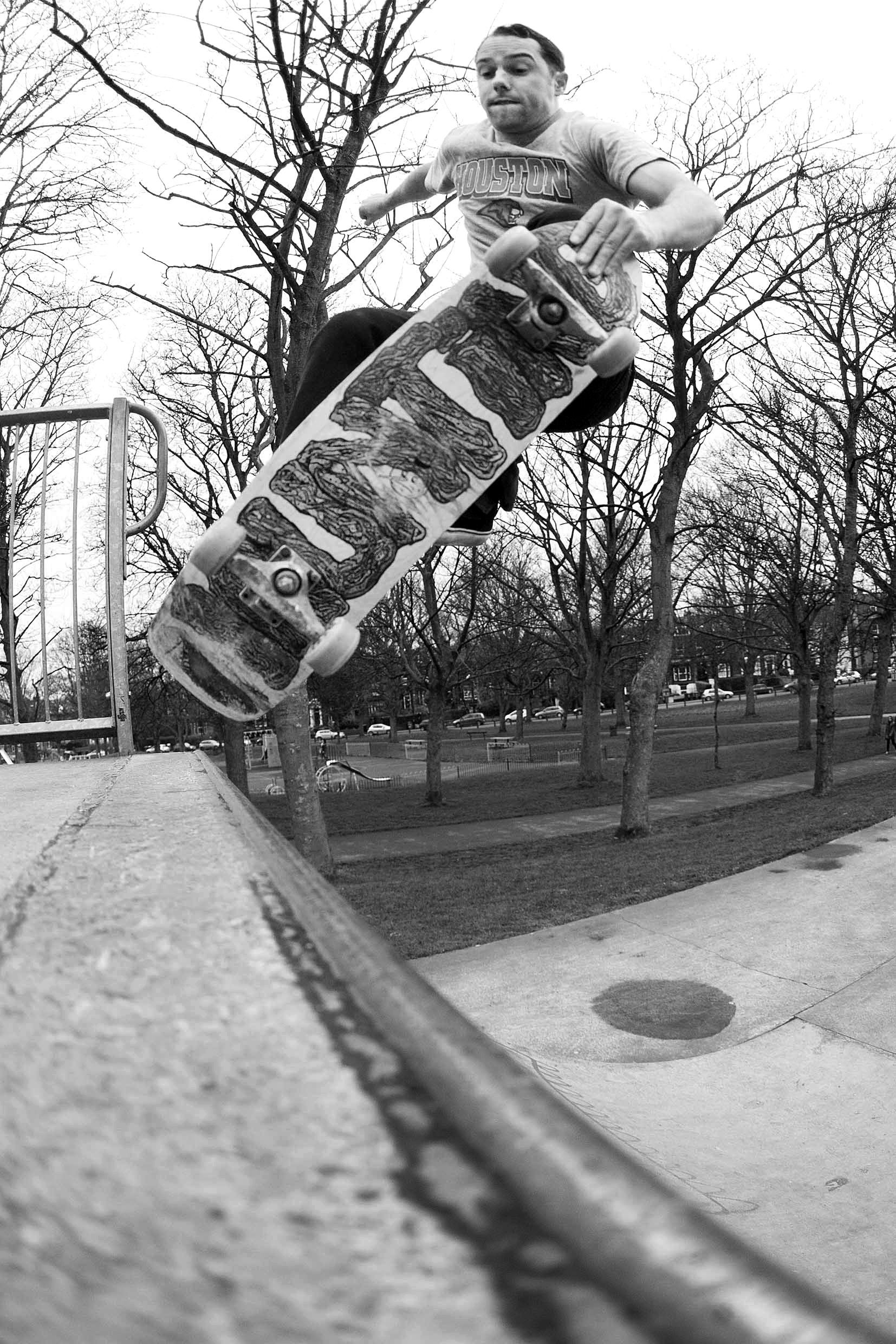 DIY spots is pertinent in many of your songs, what importance do these places hold to you and the combining of scenes?

I think the culture of building DIY parks says a hell of a lot about skateboarding and why I was always drawn to it over football or anything else. I probably romanticise it too much in the songs but it is something really special that people who don’t skate would probably find weird. You get no money out of it, you put in loads of work, risking arrest in some cases and you know the whole time it could be destroyed. But you do it anyway. It’s soulful and it’s creative and you need to work really hard to achieve it. I love it man. It’s rad how the DIY parks have been a focus of the scenes in Liverpool and Yorkshire for a while. It makes sense they are cities with a long history of manual work and grafting.

Filmed by: Ryan Gray and various other top fellas

Could you list some venues you’ve played that you’re particularly fond of and why?

I love playing a town called Lake Arthur in Western Louisiana. We used to play an old tin shack bar there called Delia’s Mad House and now we play in a rad barn that an awesome family built just to have Mardi Gras parties in. I love playing at the Brudenell and the Grove in Leeds, The Swan in Addingham, Peter Kavanahs in Liverpool, The Continental in Preston and the Polish Club in Barnsley. 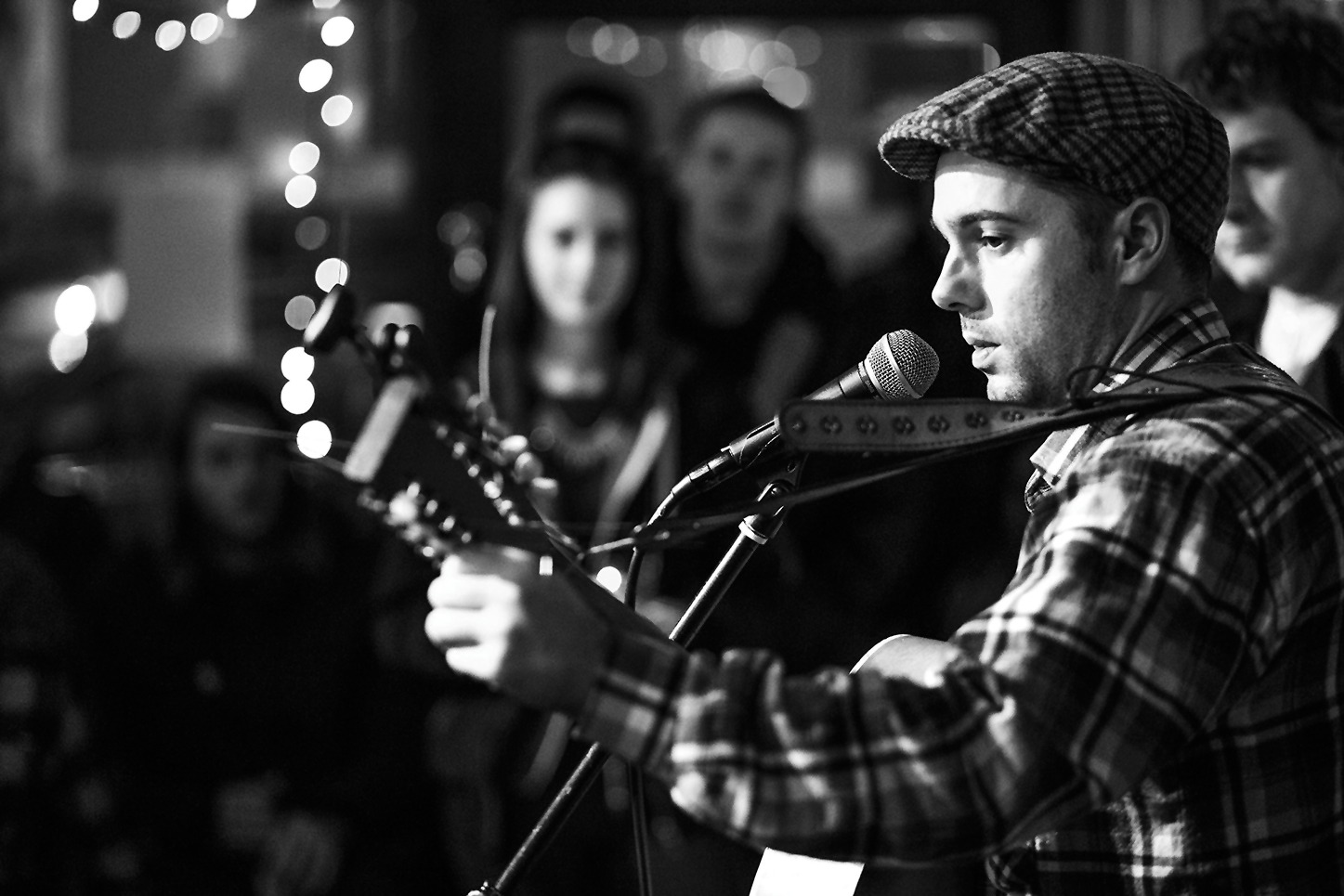 Could you list some other musicians you enjoy playing alongside?

I love playing with The Haints obviously. We share a lot of history with skating, rock music, punk and stuff so it feels right. Playing with David Broad is great and Martyn Roper of course. I play a lot of gigs with Lewis Pugh as well from a band called The Backyard Burners. Of course playing with Frosty is the best. He’s one of my best friends. An amazing road buddy and a good man.

Filmed and Edited by: Josh Hallett

Support one of the true gems and buy Serious Sam’s stuff from: www.serioussambarrett.bandcamp.com

and pester him to play your local, it’s like nothing else! 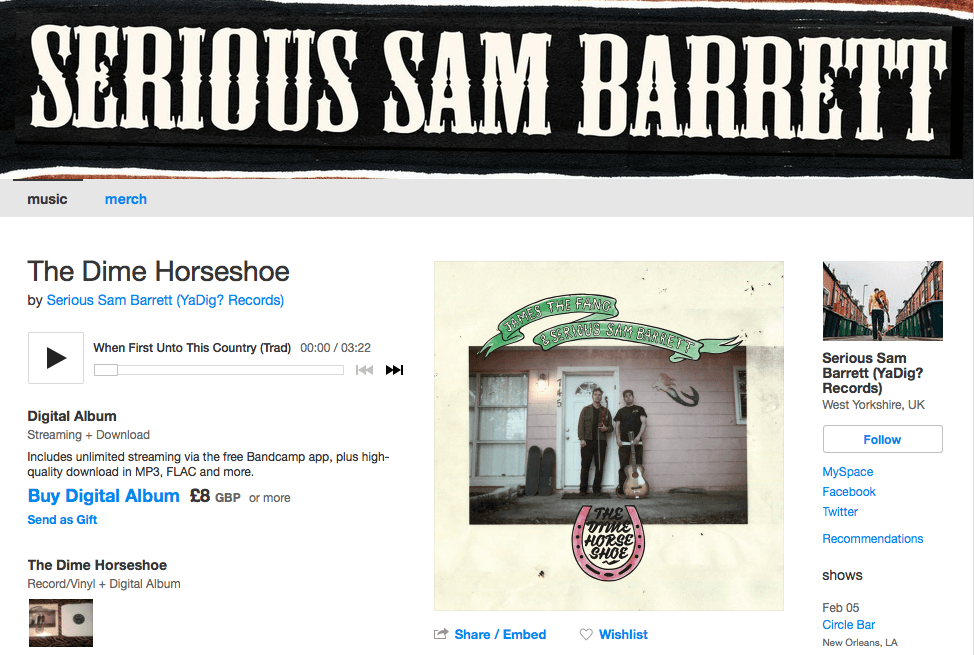 Chris Pope documents the RWTB crew shred the new bowl at the Works.

Jono Coote presents us with the RWTB section from his full length video 'Corner Store' which was rumoured to be filmed fully by Jono's geggs and or a potato.

Roz skating the spots you wish you could skate or find for full length video 'Dayzed & Confused' in 2011.