RAVE Skateboards’ newest video ‘ZeN‘ dropped yesterday and of course it was a pleasure to watch, many clips featured in photo form for our Rave Marseille article in Issue 18 so we thought we may as well upload the full article for you to enjoy Clément Le Gall’s superb photography and words by PJ Chapuis, Bud Skateshop’s Laurent Molinier, Victor Campillo and Pierre Pauselli! Get viewing below! 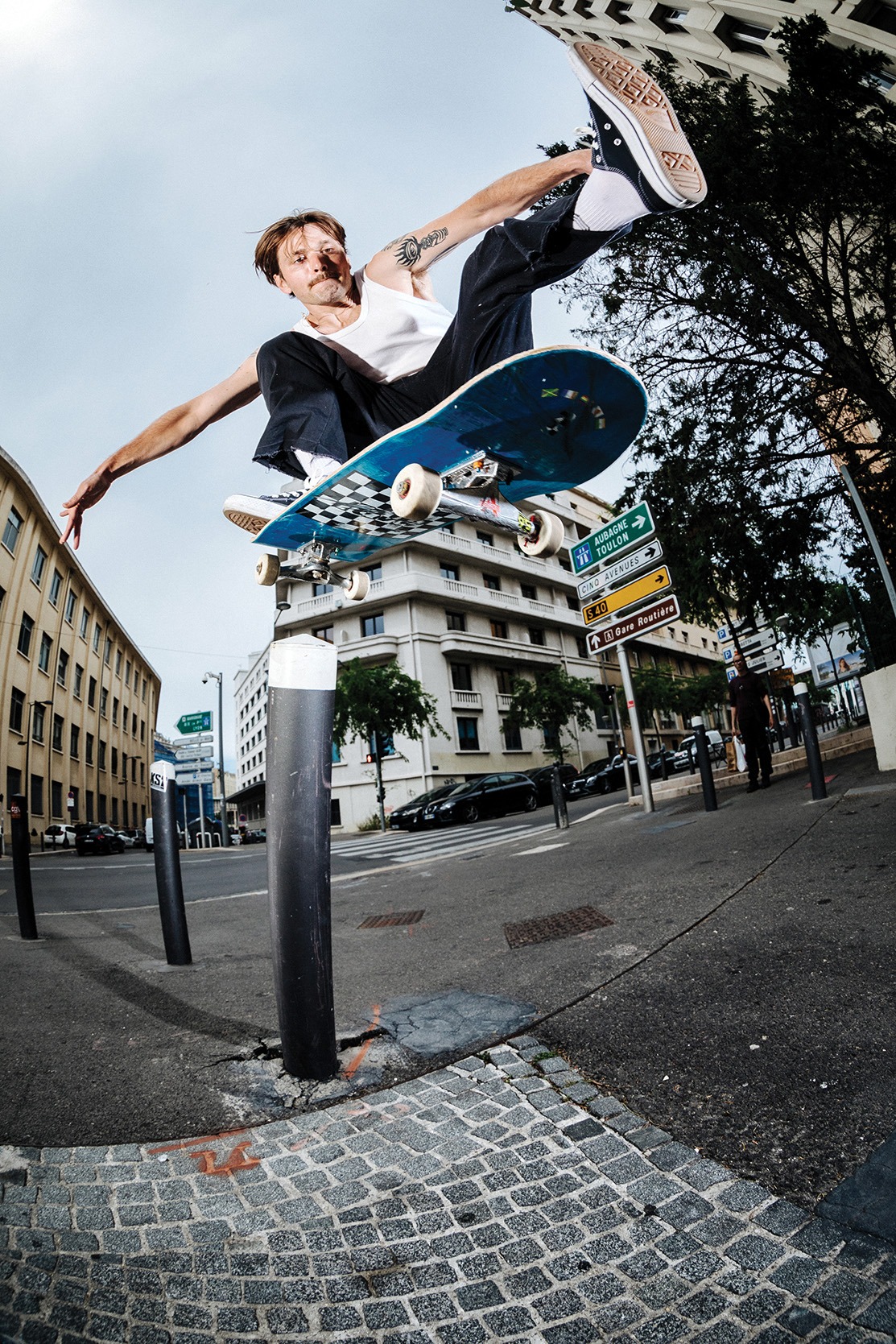 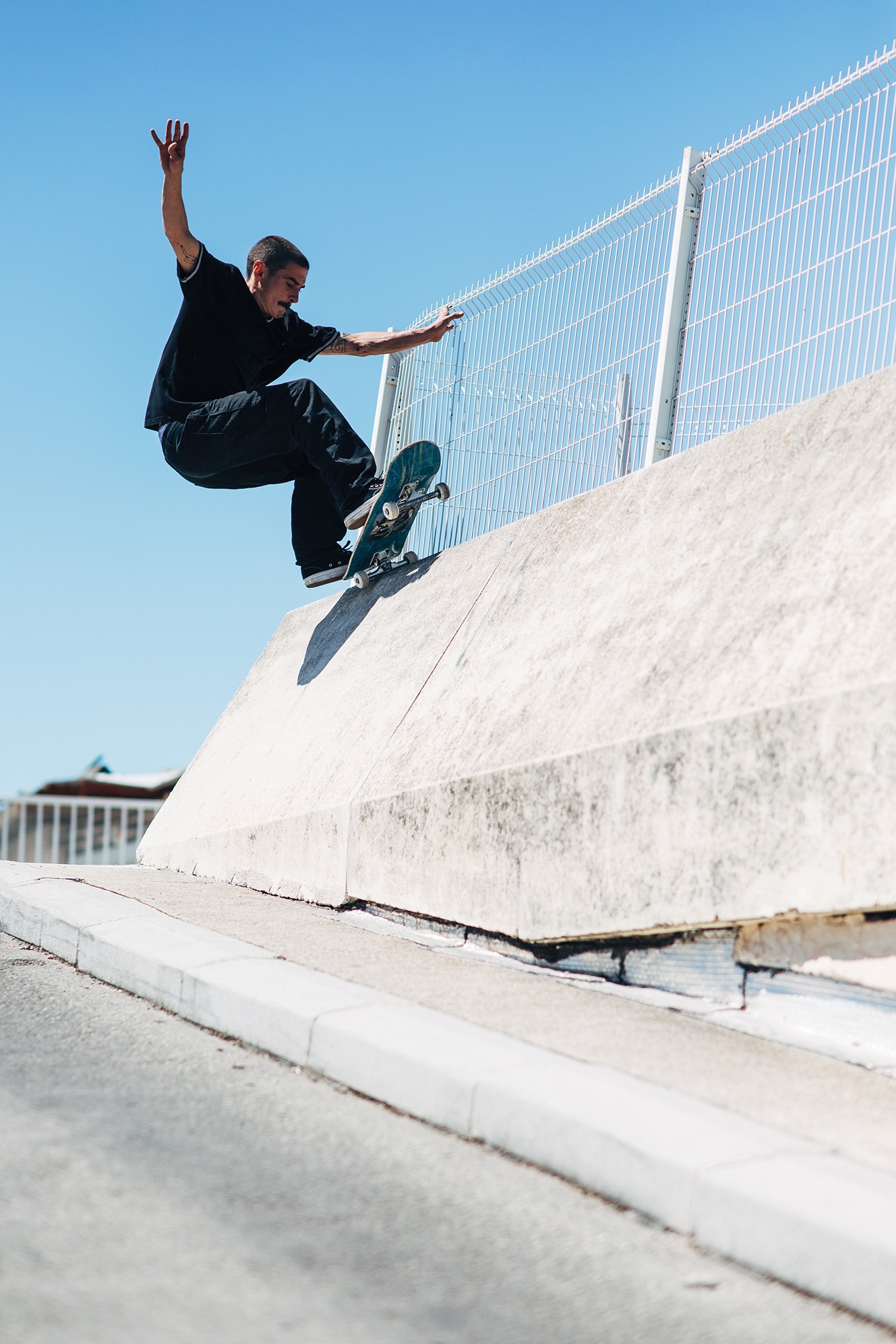 When you plan a trip to Marseille, you can be 100% sure it’s going to be fire! More than being real G’s, locals there are the most welcoming dudes, they are all ears and heart and won’t hesitate to guide you across their beloved city. This is why, instead of documenting our skate tour, we decided to ask the same question to three local friends:

« What is Marseille for you? »

From my standpoint, Marseille is a melting-pot between Barcelona, Italy and a Maghreb city. It’s a town by the sea where it feels good to live, cheaper than most of the other French cities. I could talk about it for hours, I moved 16 times, from the North to the South of the city. For skateboarding it’s awesome, there are many downhills and it mixes modern and old architecture which allows you many spots to discover all over the town. 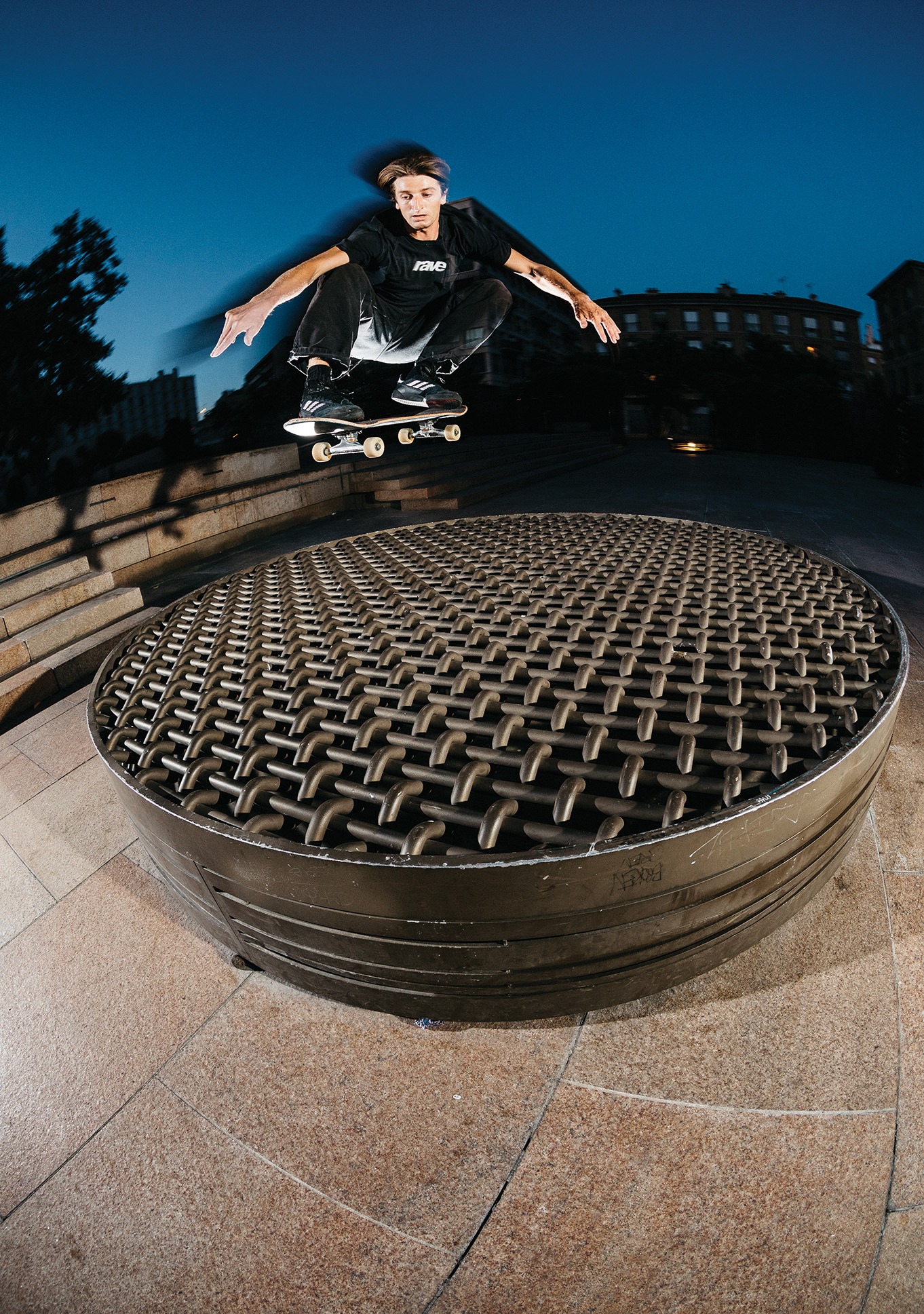 During winter, the sun warms us up while we’re skating; in summer it’s another story, the sun can shine like hell so we have the Calanques stuck to Marseille to cool down. The mood is different than any other city, the people of Marseille are very proud of their way of life, of their neighborhood depending on whether you come from Le Panier, Belsunce, Plan d’Aou, La Canebière, La Castellane…there has always been a sibling rivalry with Paris, it’s outside of the French codes in my opinion; Marseille will remain defiant. 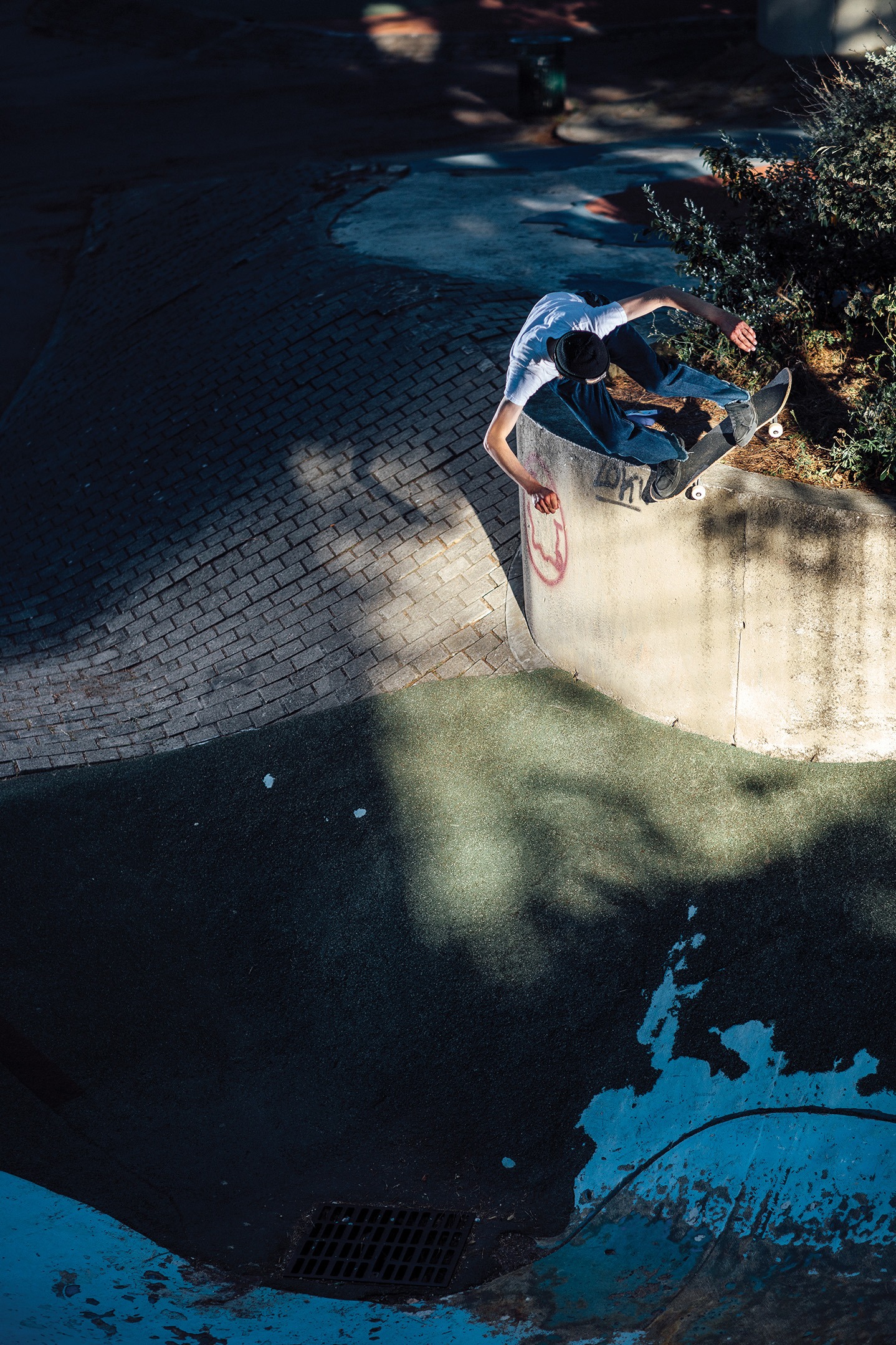 I have to talk about the link between the local hip-hop and skate scenes. As I see it Marseille is the capital of French rap, so many artists blossomed, so many tracks became instant classics. Back in the days, bands like IAM, Fonky Family, Troisième Oeil or Psy4 De La Rime became the true ambassadors of the way of life inside the hoods. Today, many skaters pay tribute to this generation in their edits using these iconic tracks. They go to the free parties set up by DJ Djel (Fonky Family) after the session and of course they listen to Jul. Jul is the perfect hyphen between the old and new Marseille hip-hop generation. He released Bande Organisé in October which is an album of 13 tracks (13 is the zip code of the city) gathering artists over 30 years of rap activism, combining legends of the local scene with young bloods. So, the skaters are constantly fed all of these tunes and also do their own freestyles between them. All of this maintains a very interesting relation between skateboarding and hip-hop. 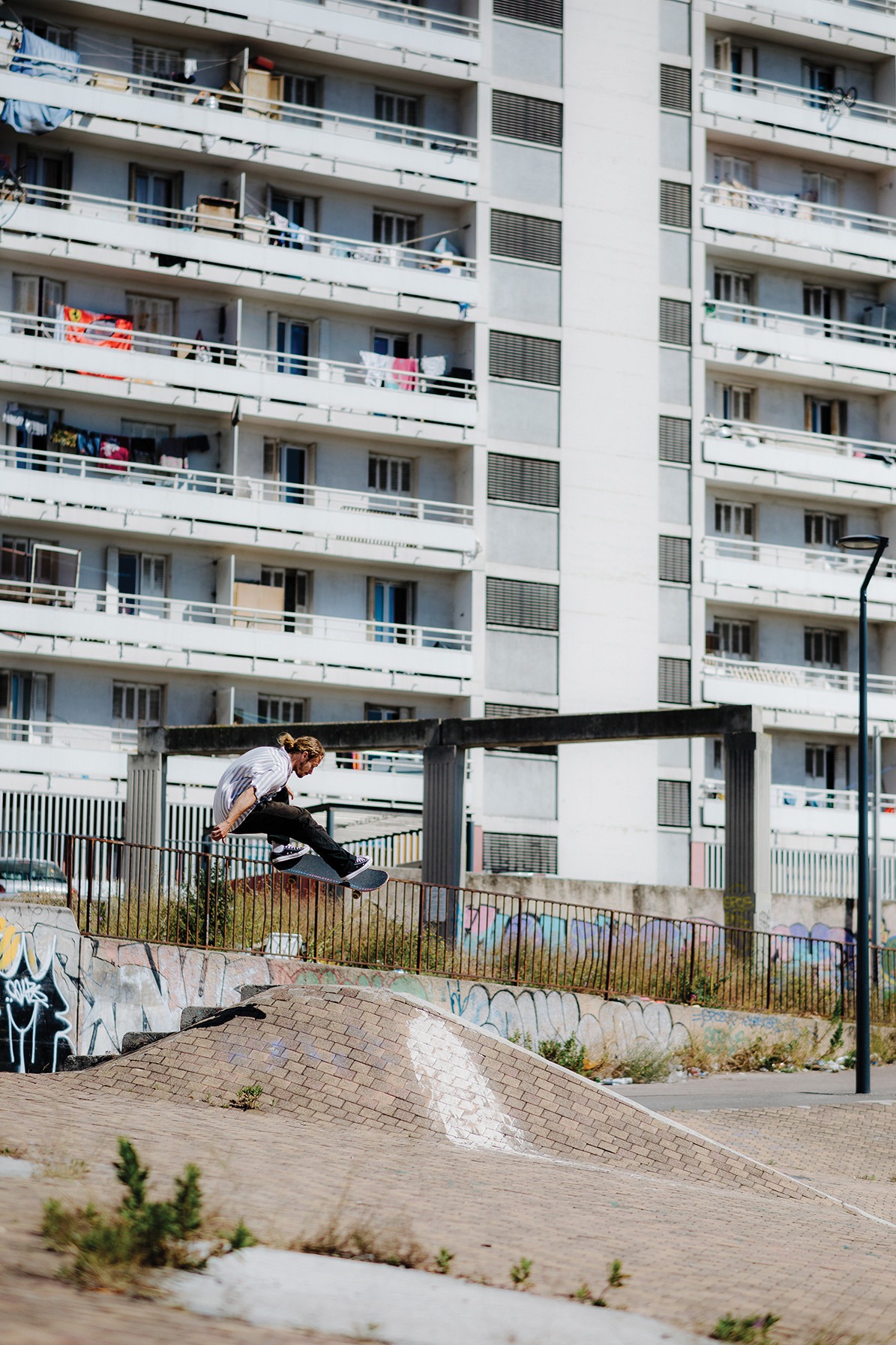 It’s the most sunny city in France, which is why in France we say “ca tape sur le système”(it’s hitting my system, meaning it gets on my nerves). 100% sure it’s also related to the fact that Marseille has the biggest weed consumption among all the cities in France. When you cruise a bit, there is that smell everywhere you go that has gotten familiar… I believe it makes people go dumb, like they can’t deliberate anymore or worry about anything. It’s comforting me as much as it terrifies me. Things can switch from sunshine to darkness in a minute. People here ain’t got nothing to lose and that’s what I keep hearing here and there when we go skate. It’s as if everybody wanted to be the boss around here. 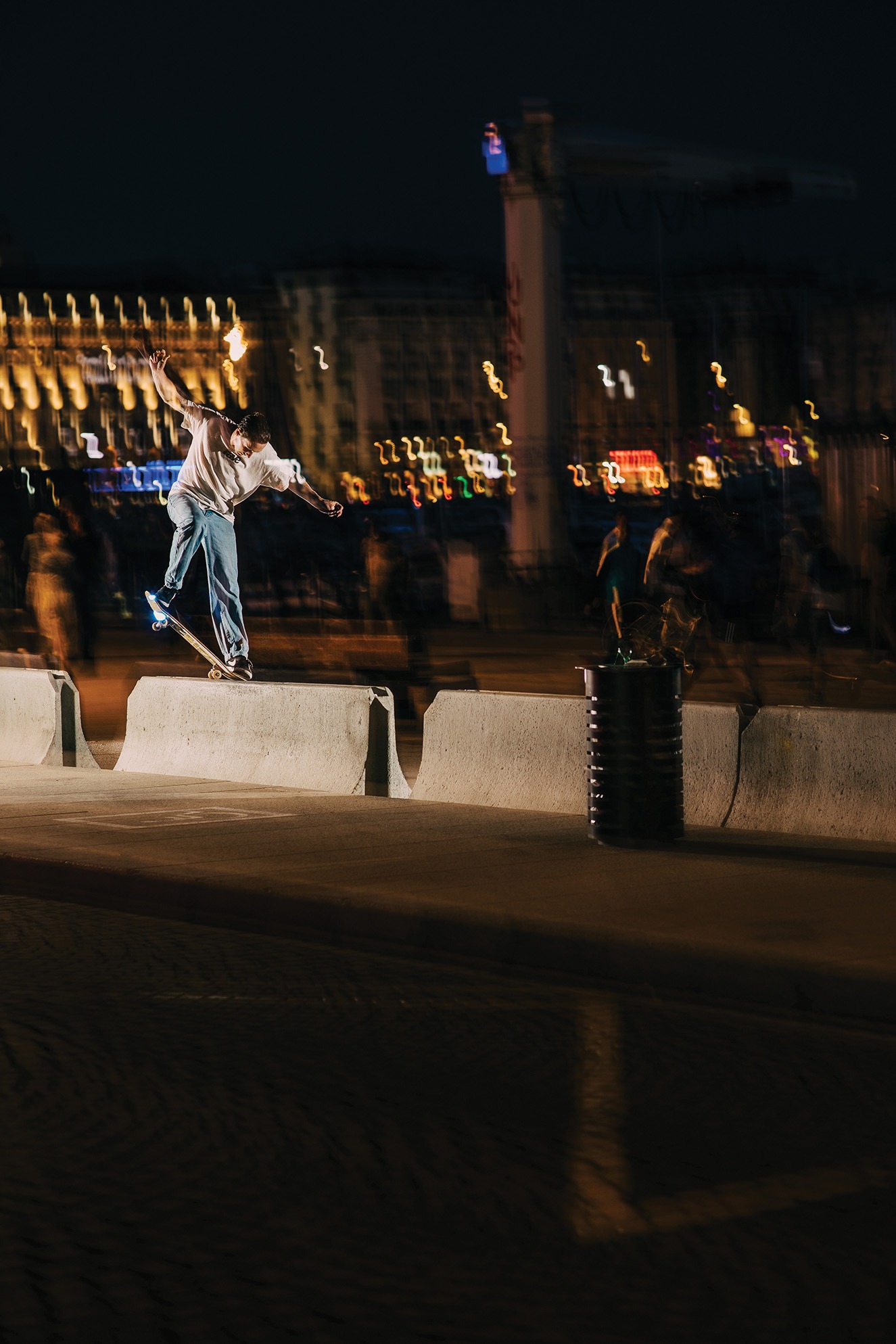 Now, I would also like to say (and because I have traveled a lot) that it’s a warm and hearty place where people welcome you with open arms, a huge smile and always a funny word to say. When you skate in Marseille, people come and interact (which doesn’t happen in Paris for example), sometimes to make a joke, sometimes from pure curiosity. Yes, here people are curious and open to strangers, everybody’s equal. 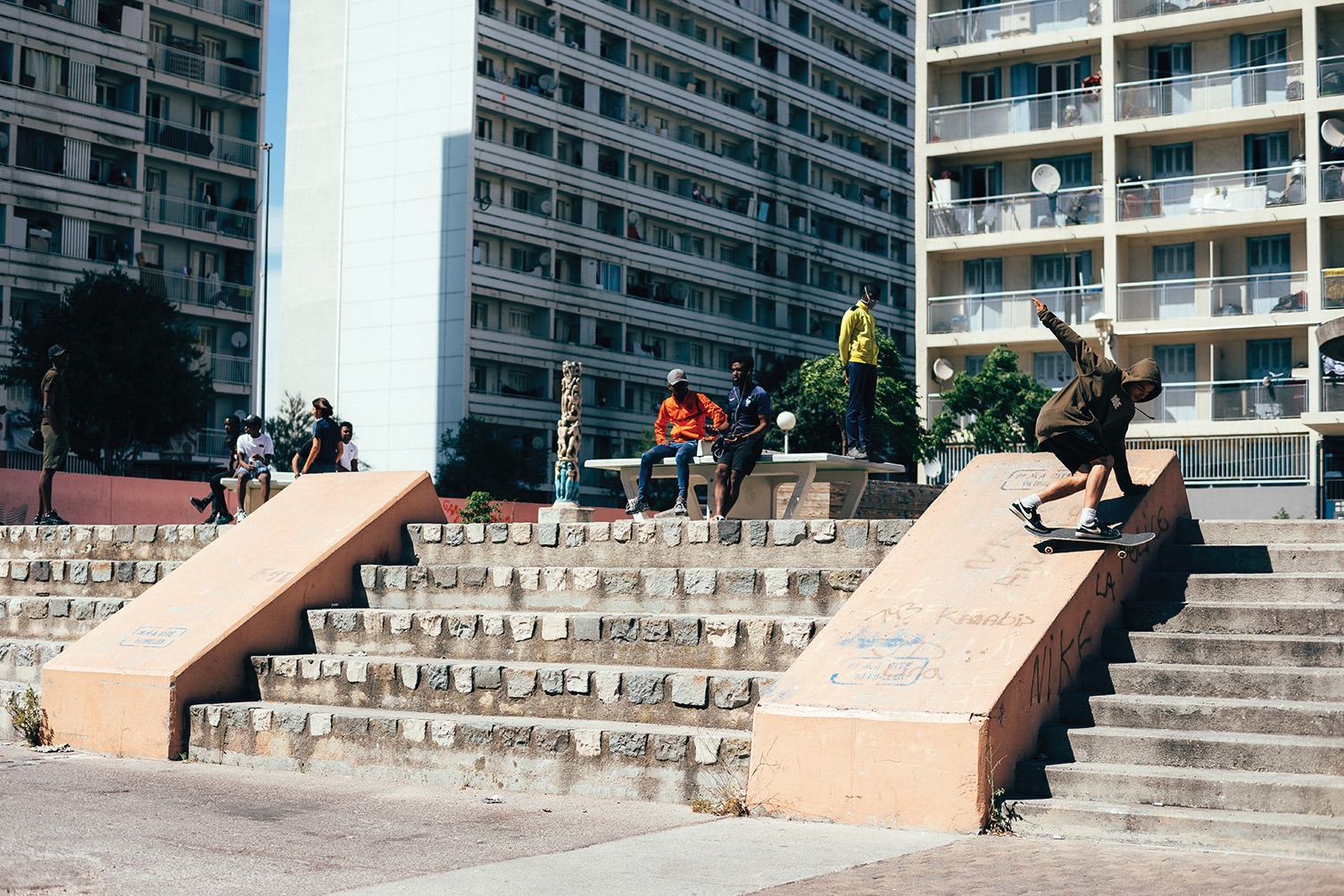 One of the biggest problems around here is that half the population here doesn’t do anything for a living. People here stagnate, they don’t make any plans for the future and they just wander around the city, hanging in their car or in the same crappy cafés, drinking coffee and smoking a shitload of packs of cigarettes. Right now, lockdown or not, nothing has really changed. Some restaurants or cafés still welcome people in their terrasse just as if Covid never really existed, or it’s only that they didn’t get the info in Marseille yet (laughs). Anyway, it’s open and as skateboarders we would be more than happy to welcome you if you come by. Don’t worry, we smile and I promise, we make plans for our future. 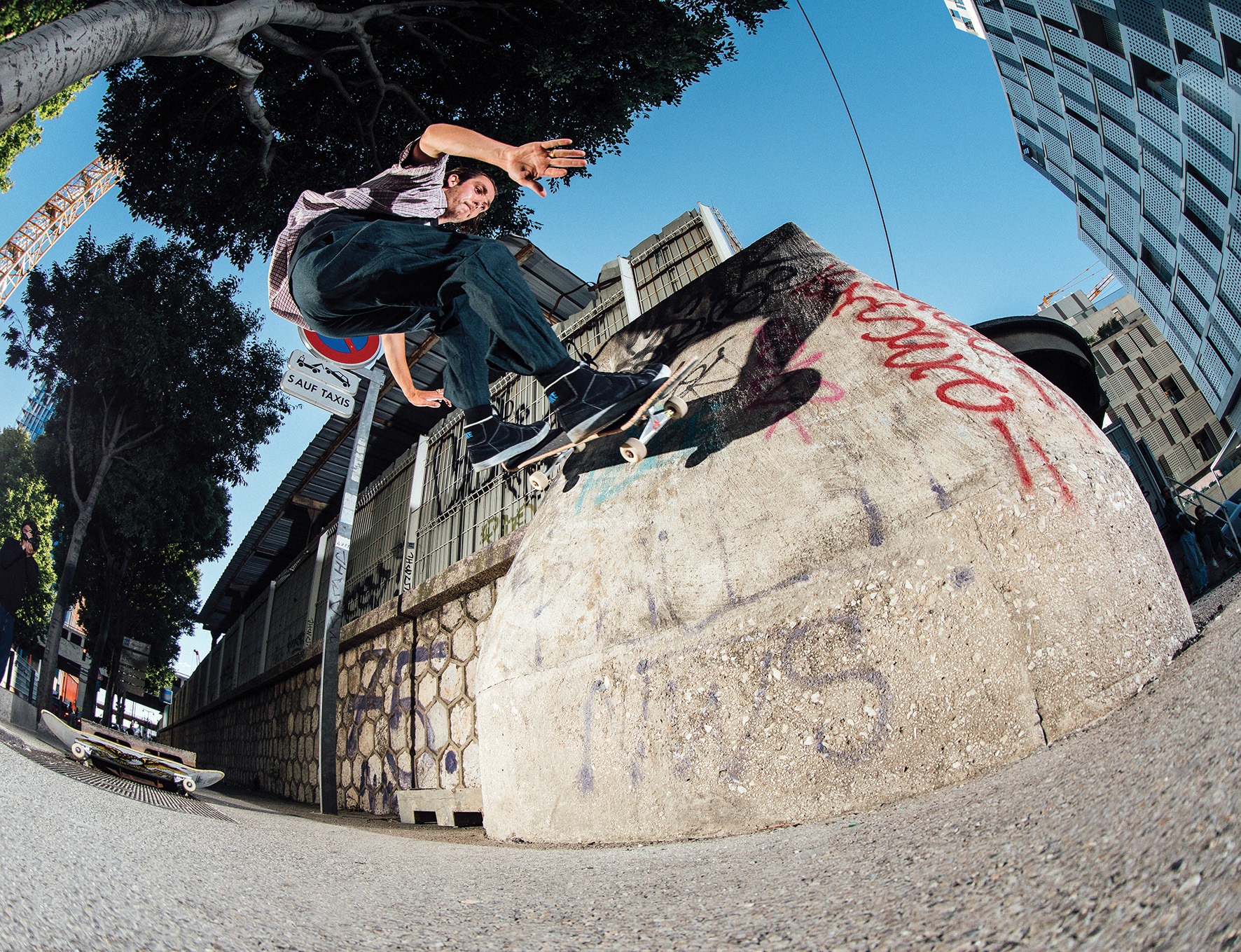 In my view Marseille is kinda similar to a good saloon fight scene in a spaghetti western… I compare it to a crowded bar in which everybody does whatever they want freely, some getting into fights for nothing, some already arguing or fighting over other things. But not everybody is looking for trouble, there is of course also this lad who takes a punch because the guy fighting in front of him just leaned down to grab a penny he found on the floor. Then in the corner, you’ll find the table with the boys playing cards, poker or something, next to this drunken one sleeping with a full pint in hand. All this atmosphere surrounded by a frenetic pianist playing his symphony through this battlefield, this is really what comes to my mind when I think about Marseille, a city full of vice but where everything is possible because nobody actually really cares about anything. 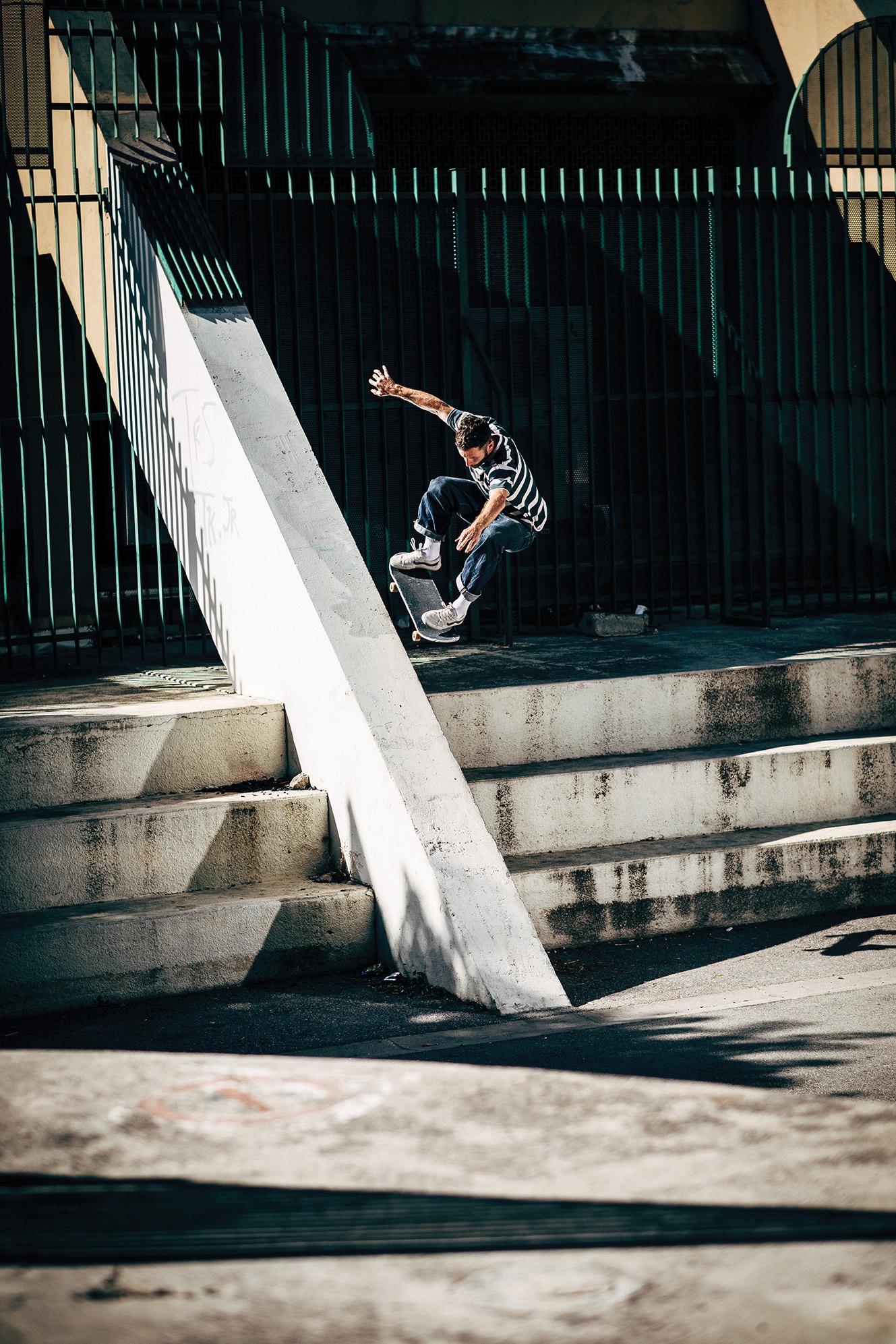 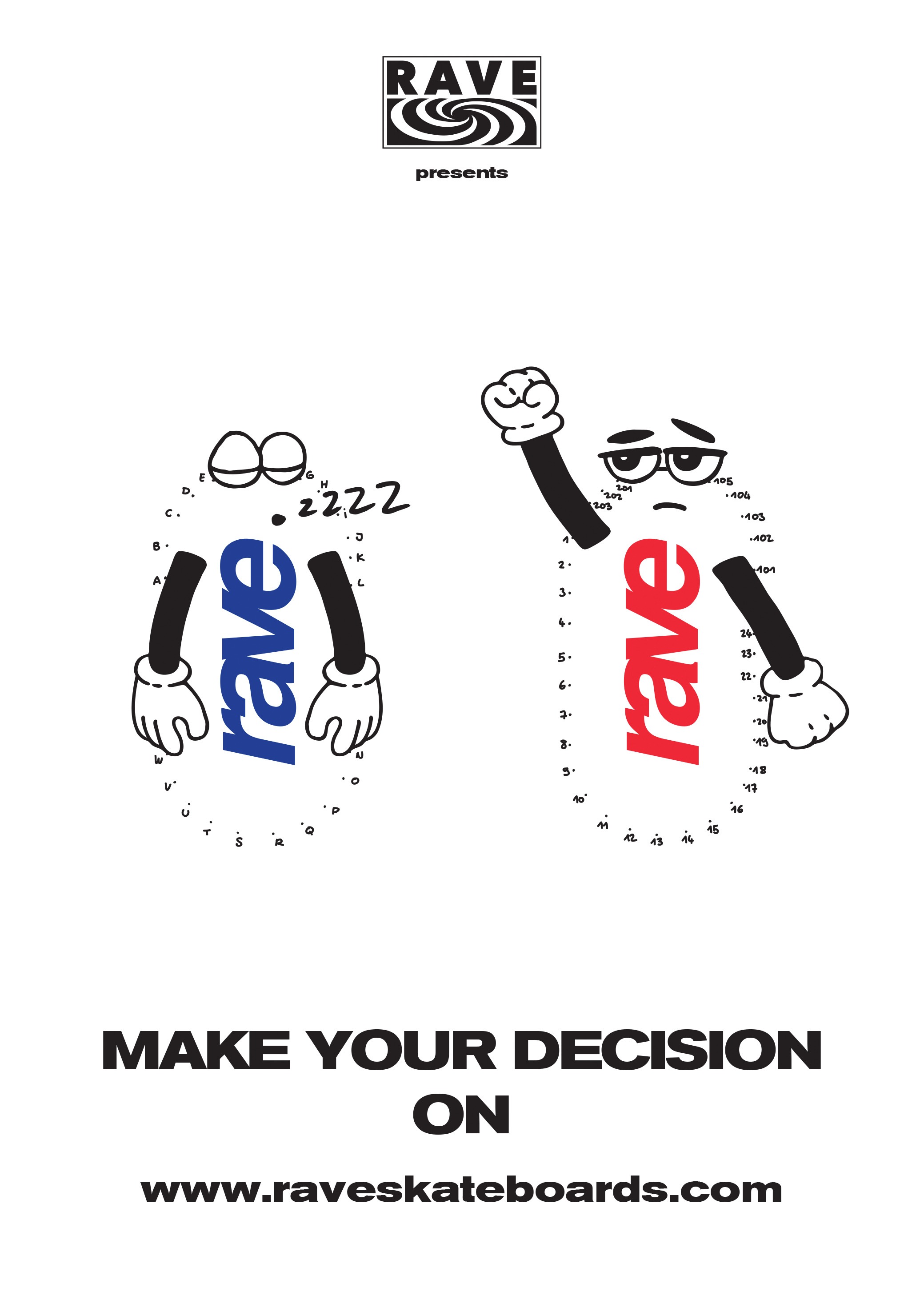 A brand new 5 minute treat by the bosses at Rave Skateboards. Featuring plenty of footage which you might recognise from our Rave Marseille article in Issue 18.