Christoph Friedmann’s part was a stand out one for us from the Lobby Skateshop full length video ‘LOBBY DREAMS’, so we’ve decided to upload this part in full with an accompanying interview by Moritz Ueberall. Read the interview below and then take in all the tekkers by Christoph! Filmed and edited by Nizan Kasper. 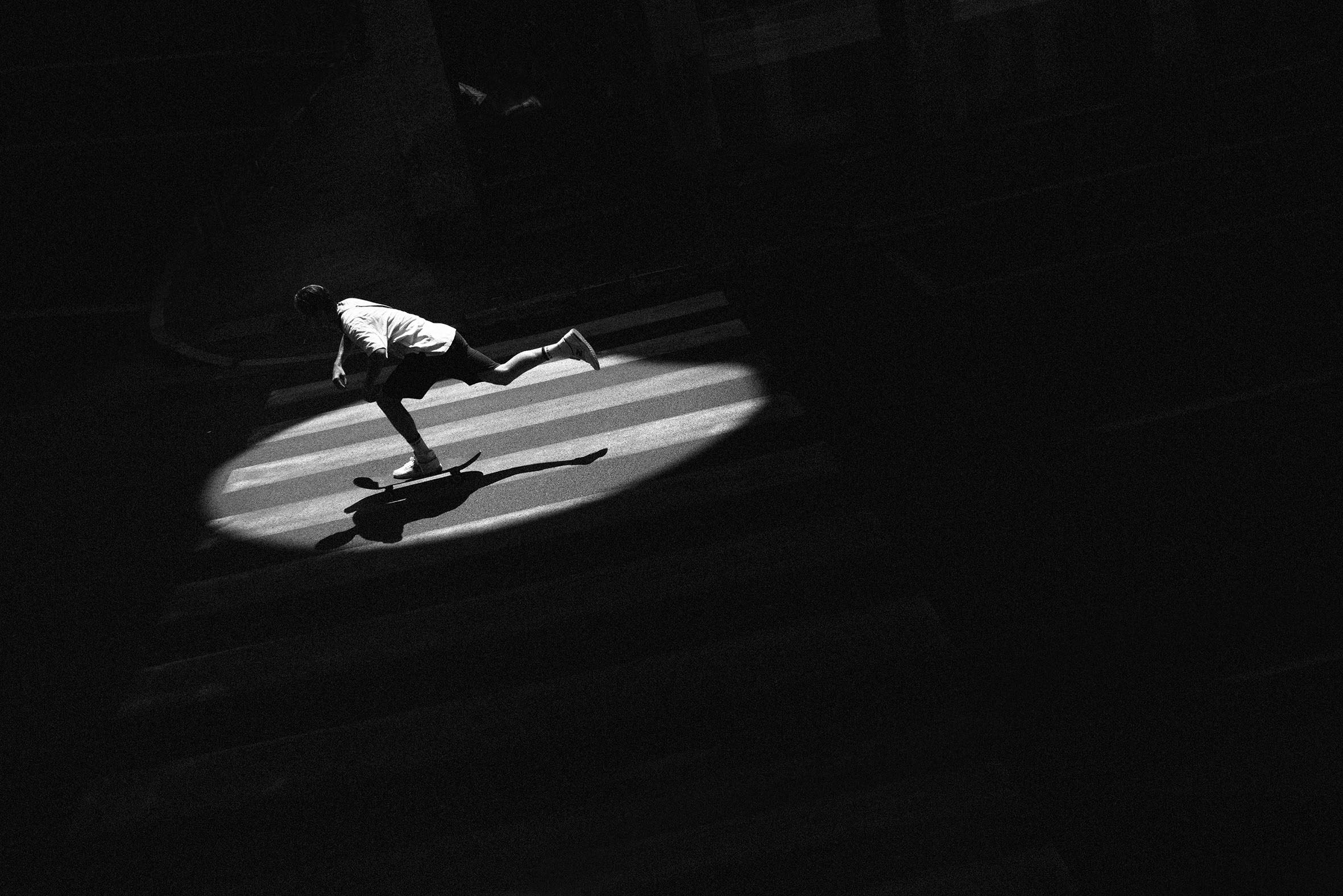 I’m Christoph Friedmann, I was born in 1991 and I’m currently living in Hamburg, Germany.

Pretty decent I’d say, we’ve got good support now through Lobby Skateshop. They rebuilt a spot we were always skating back in the day and also we’ve got some stuff going on street-wise. You have to search for the pearls, but that makes it even more fun. Also the city centre is pretty packed with good downtown type spots. 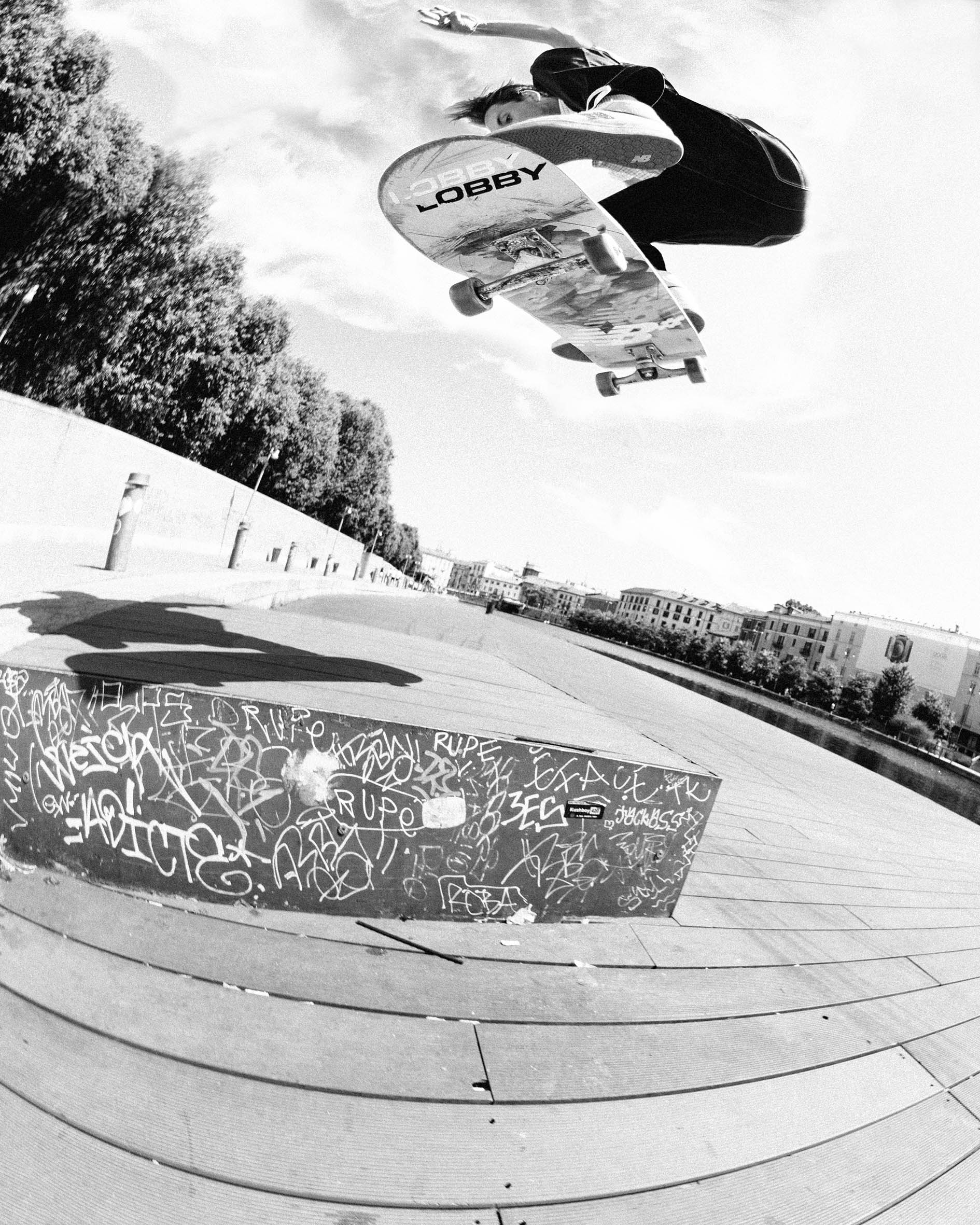 How was working on the Lobby video for you?

Since we’ve been making videos for some time and a lot of guys in our crew are into videographic stuff it was basically like always – except for the fact that this time it had to be real proper, so we could really show what Lobby has to offer.

Nizan and I were working closely together and definitely had a vision of what all of it should look like. During the process Lars Zimmermann also joined and put his head into it. We had to see who was on fire at that time in the Hamburg scene and who we wanted to push a little bit. It was interesting to connect the whole city and get all of the guys and girls together to go out in the streets.

Talking about my own skating, I was at a point where I got really picky with what I chose to skate and which tricks I wanted to do. It definitely levelled my skating up a notch.

Working close together with my longtime friend Nizan was a very nice experience. We’re on the same page looks-wise, and musically we get along very well. In the end it’s his piece of work, but I’m happy I could do my share in making it happen! 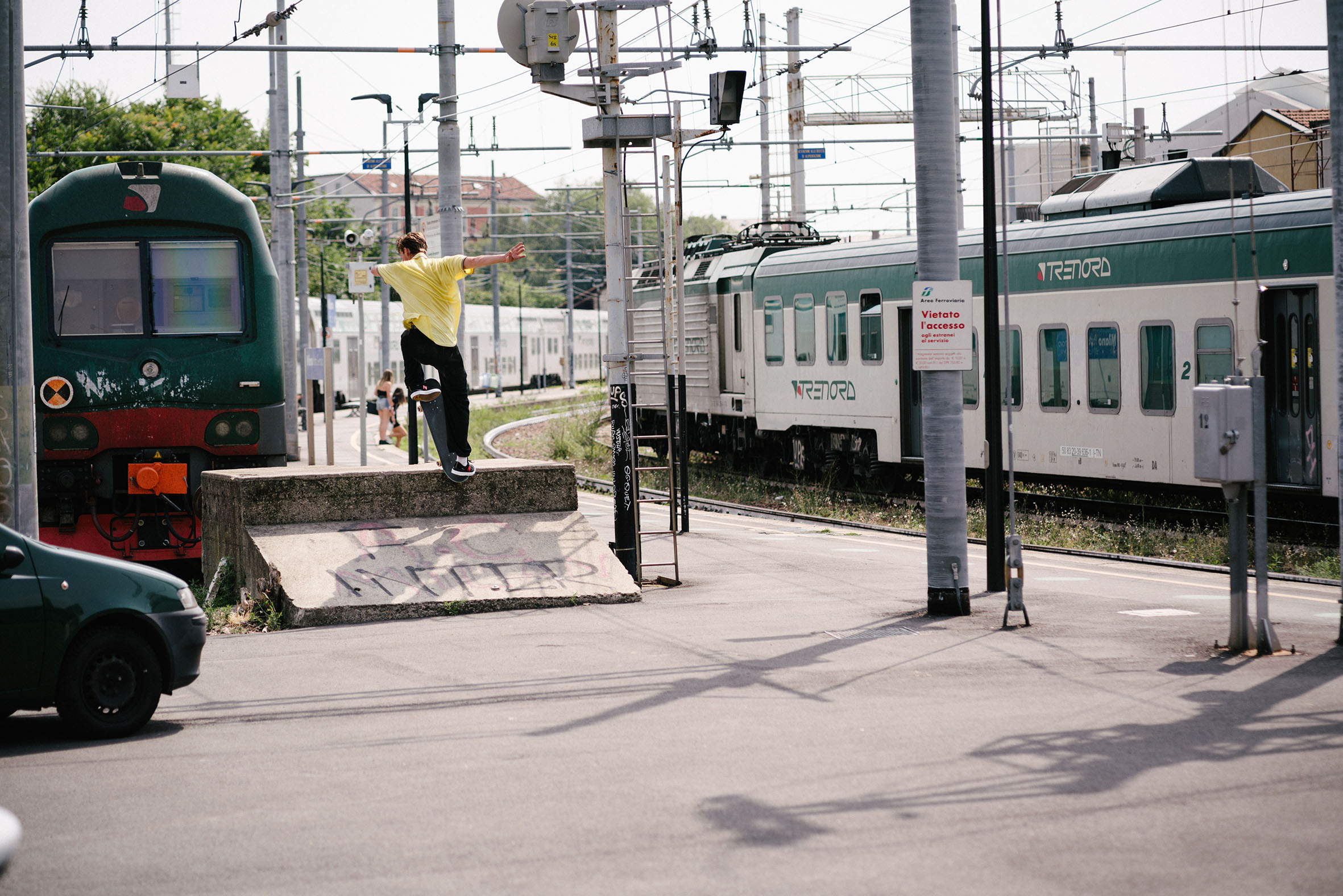 I heard you have been travelling a lot, what’s that like?

Yes, lately I’ve been on the run quite a lot. I’ve visited cities throughout Europe and beyond and usually am connected in most of them with the local scene.

While filming for the Lobby video I’ve also been working on a single project that will contain footage from all these trips, that might drop soon.

Speaking generally about travelling, it just gives me peace of mind as soon as I sit on a train or a plane to another city. It’s fun to meet new people and discover every corner of the city you’re in, in the best case with a bunch of like minded homies.

Thanks to Cleptomanicx and NB Numeric for supporting these trips. 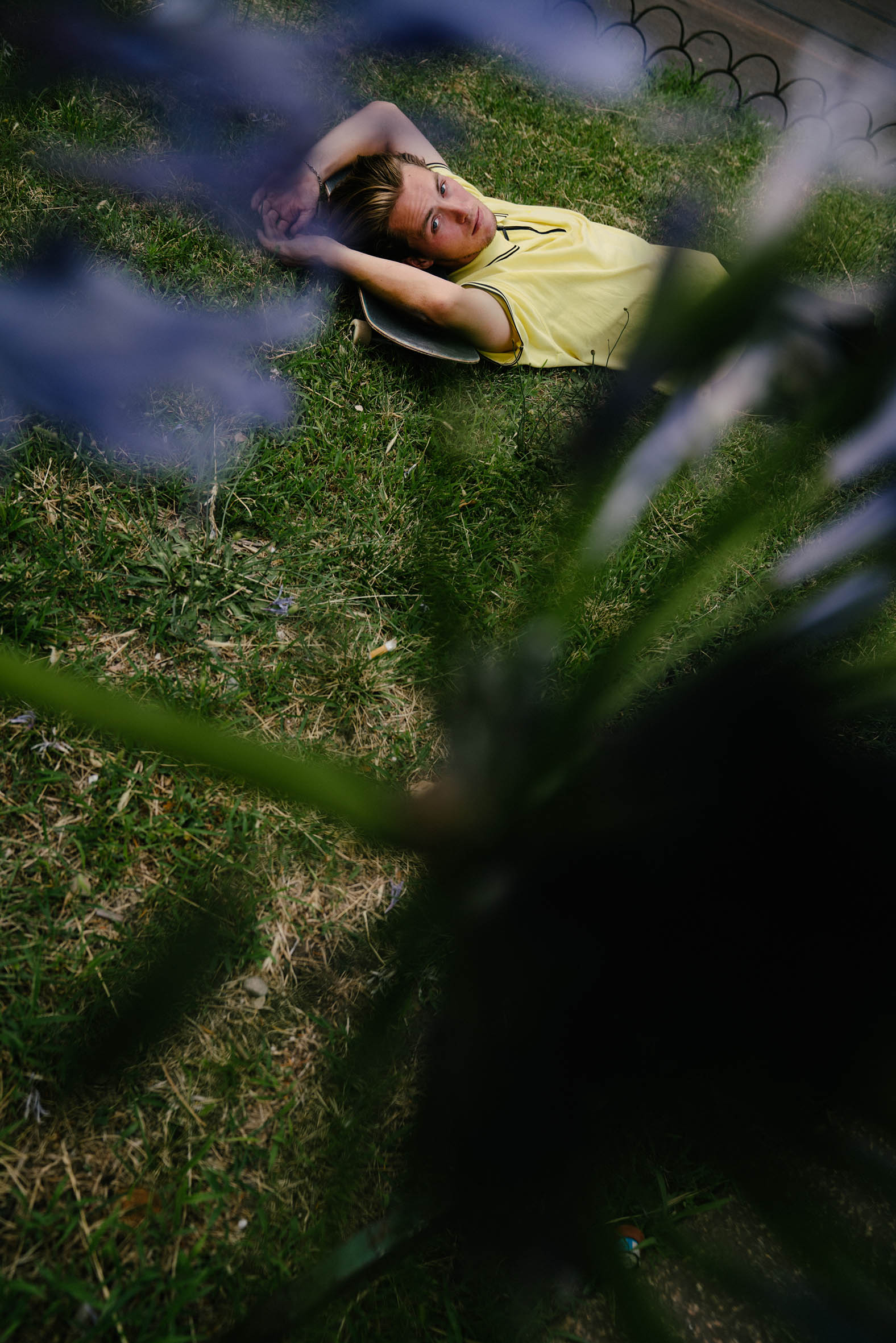 You’ve been skating for over 20 years, what keeps your drive up?

Good question… I think I noticed what role skating really plays in my life and how much joy and sanity I get from it. Probably a lot of skaters can relate to this. I just want to do it with full intention as long as I can still do it, I guess. I want to push my own skating as far as it can go and have a good time while doing it. 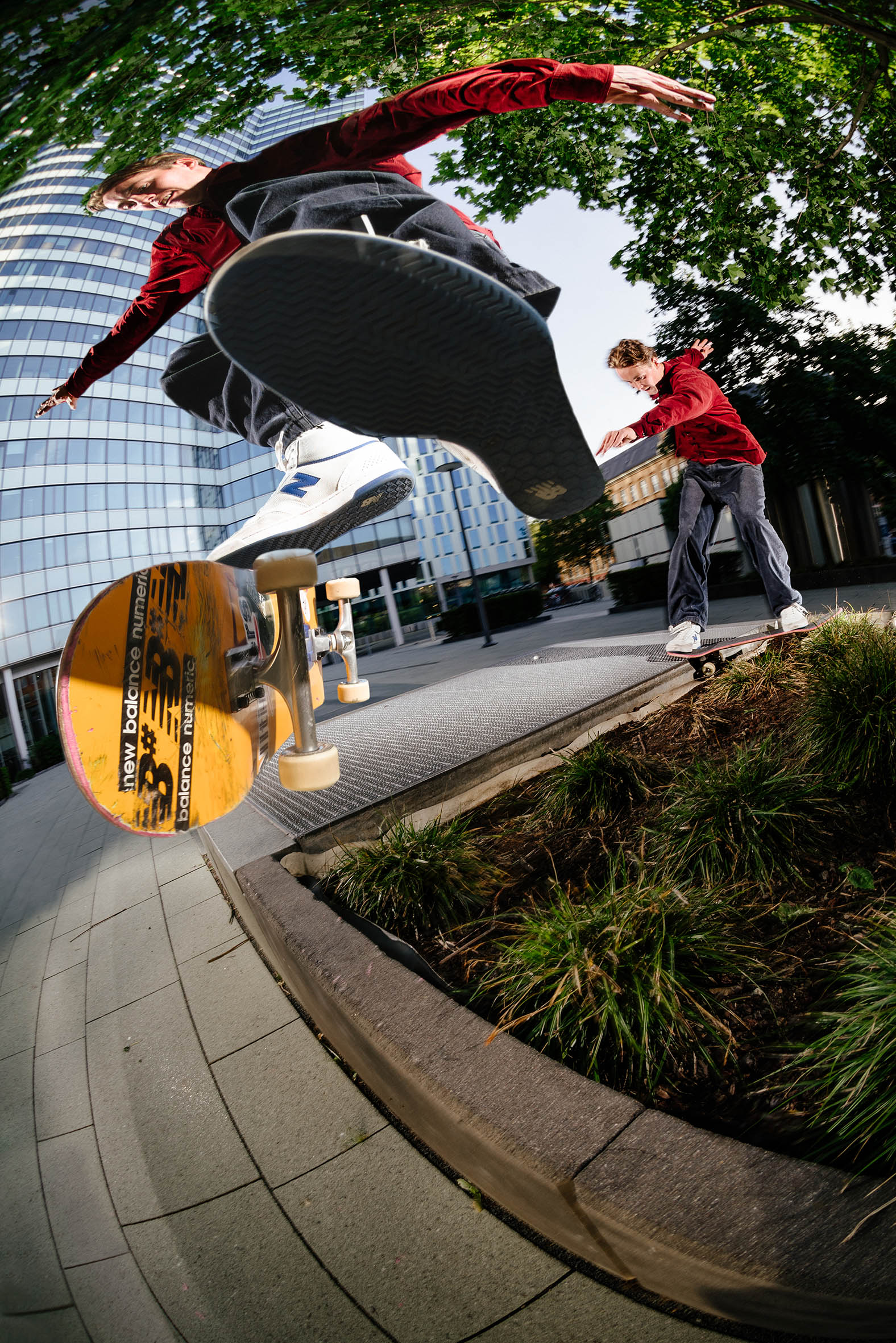 Christoph Friedmann – Something in the Water

Christoph Friedmann brining the wow's in this all new edit.

A full length from Lobby Hamburg filmed by Nizan Kasper!