Get hold of the Authentic Pro HERE and the Sk8Hi HERE. 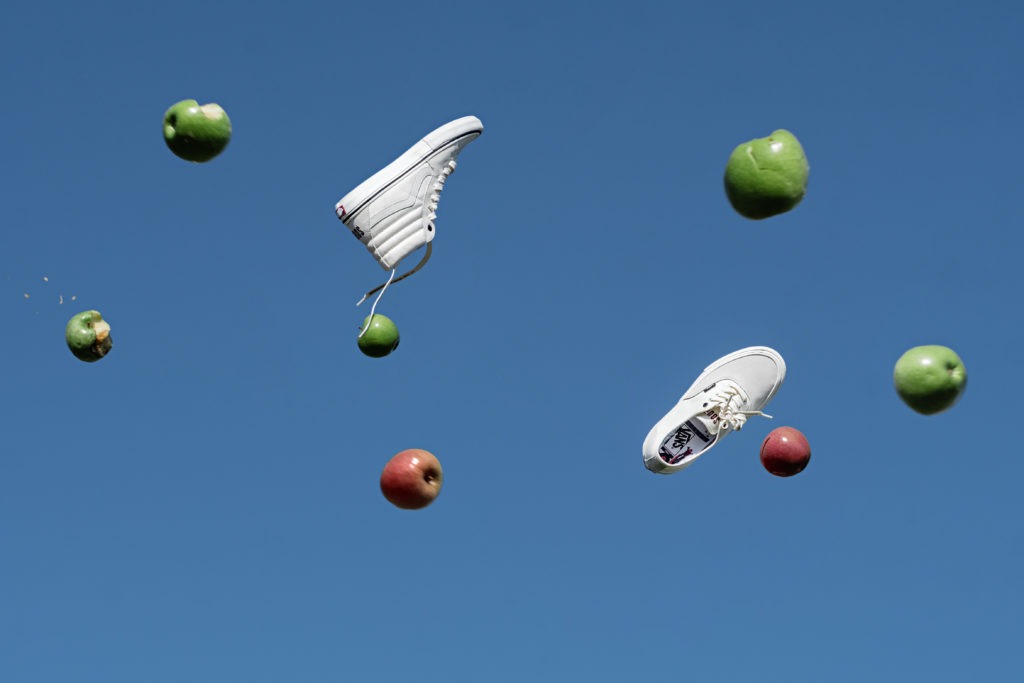 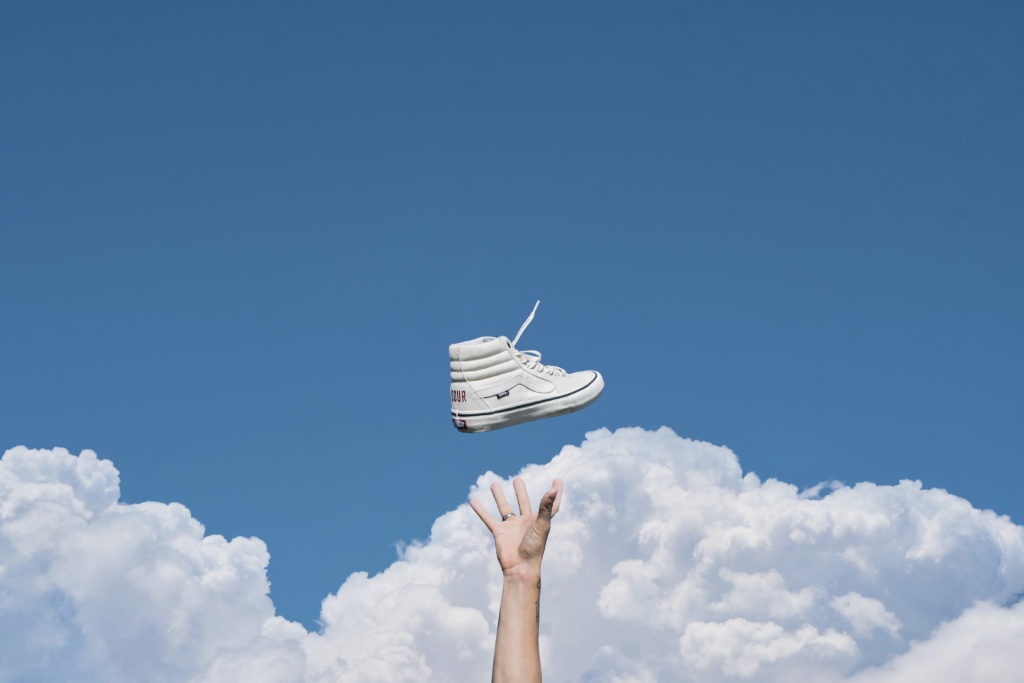 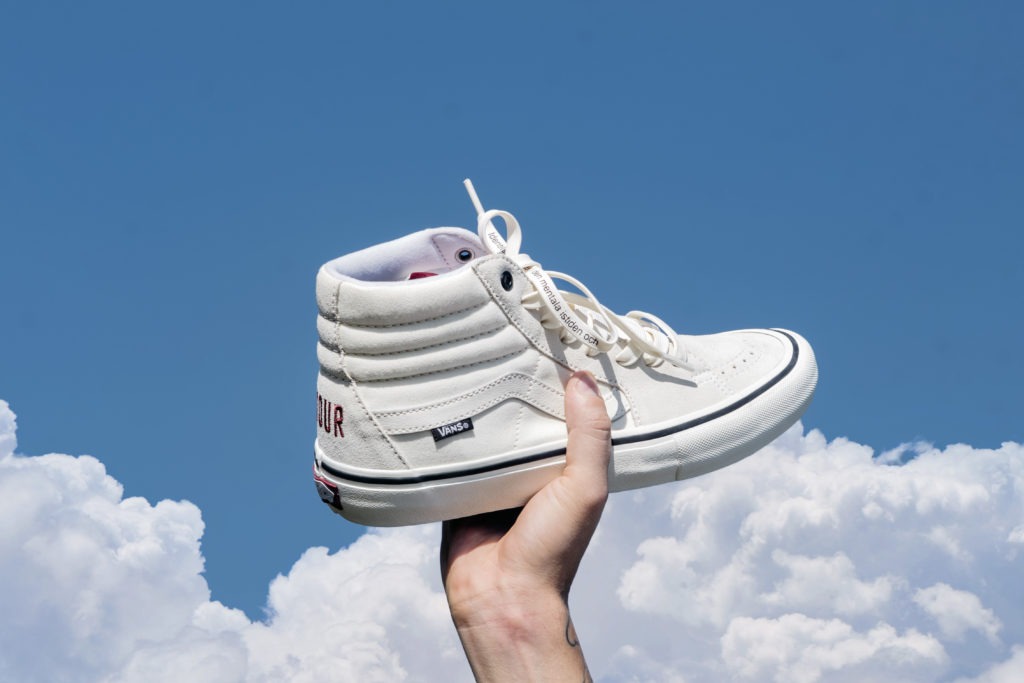 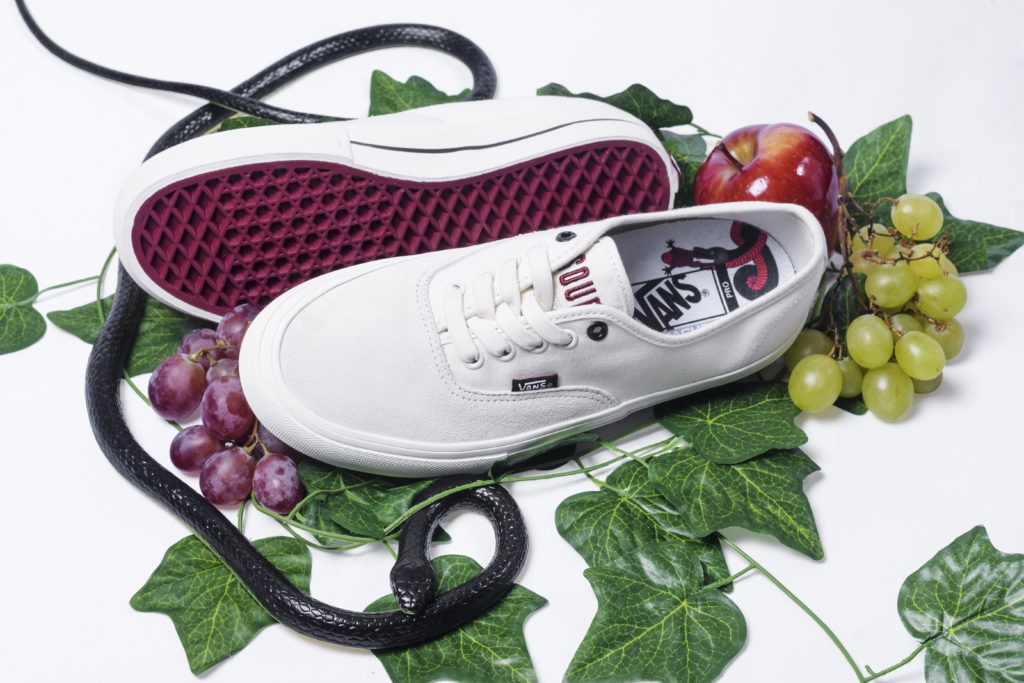 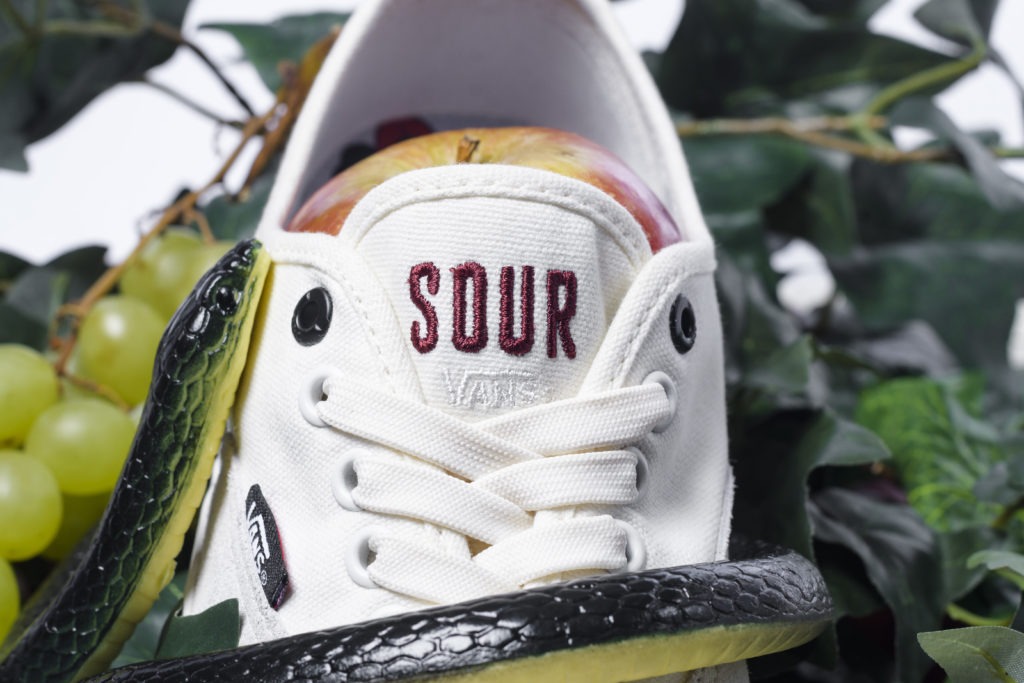 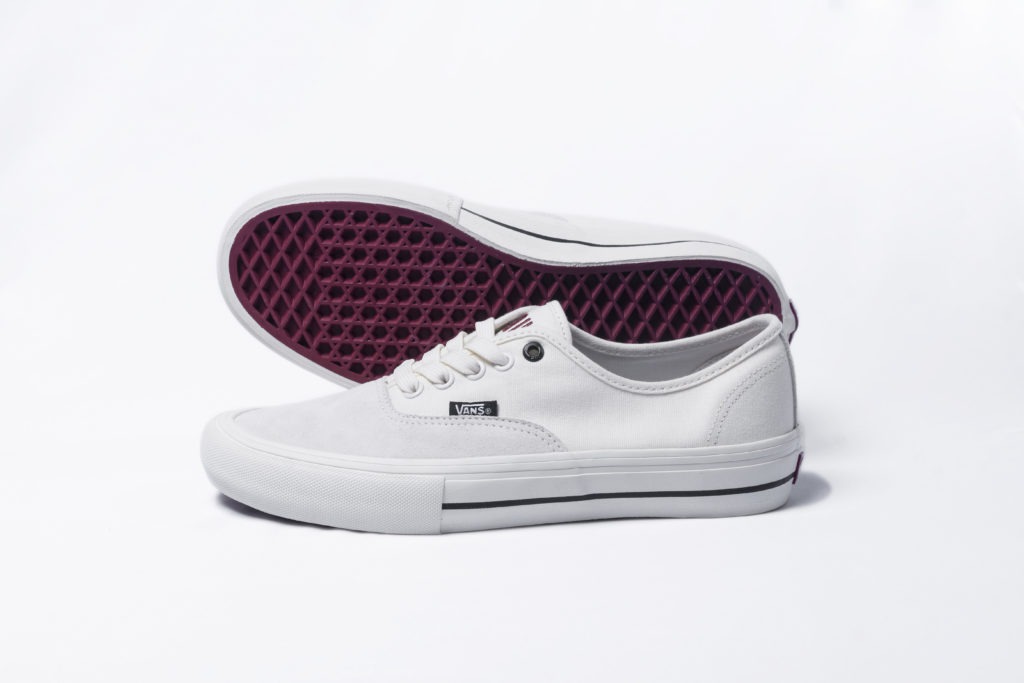 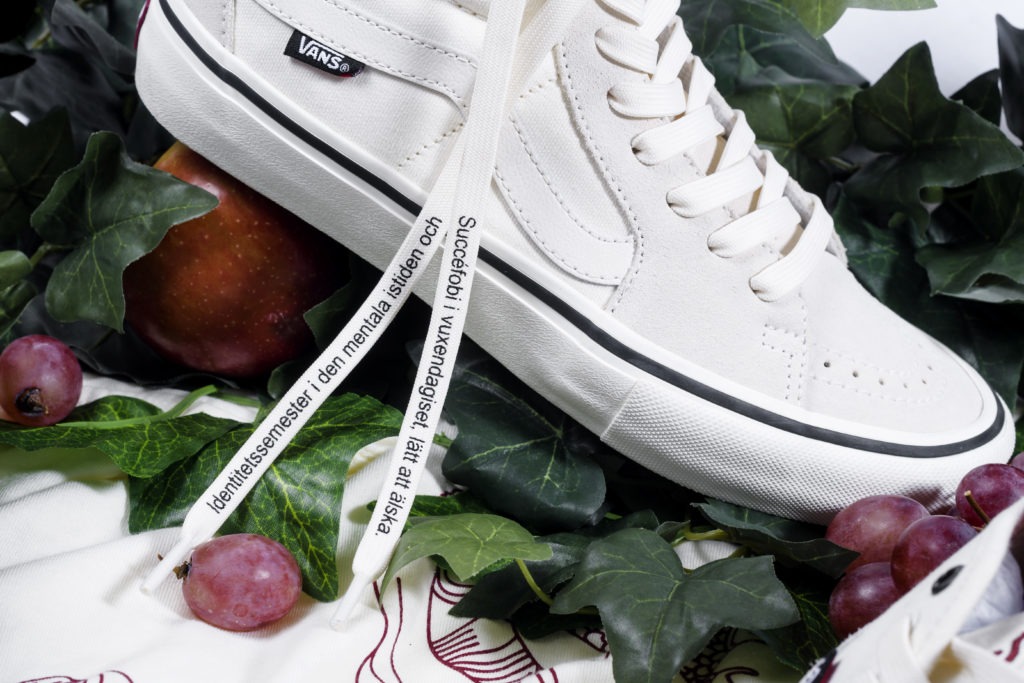 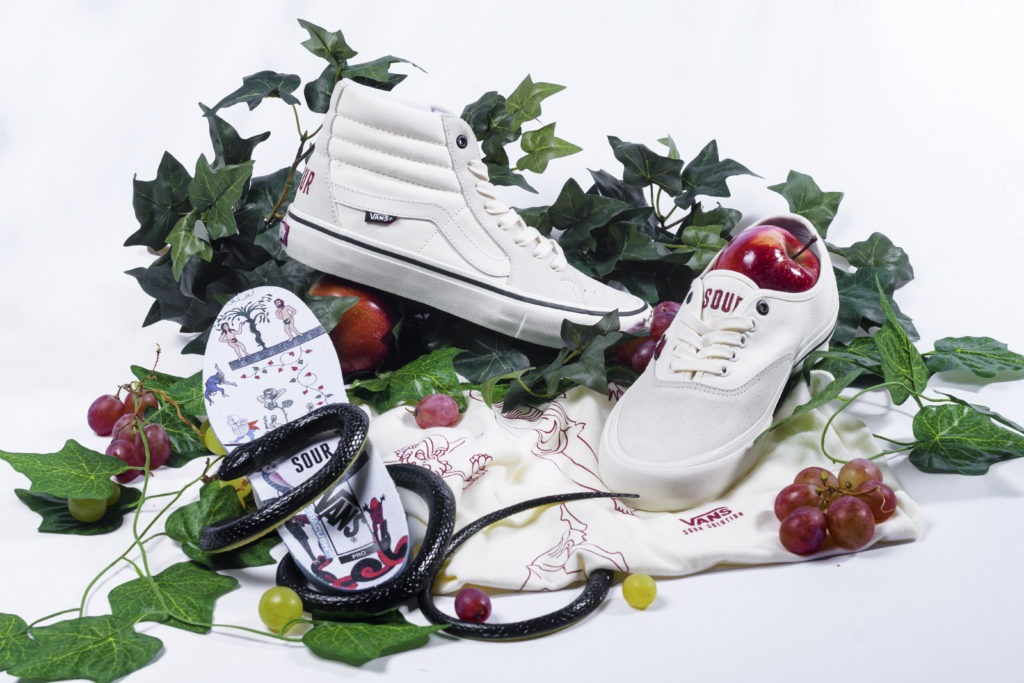 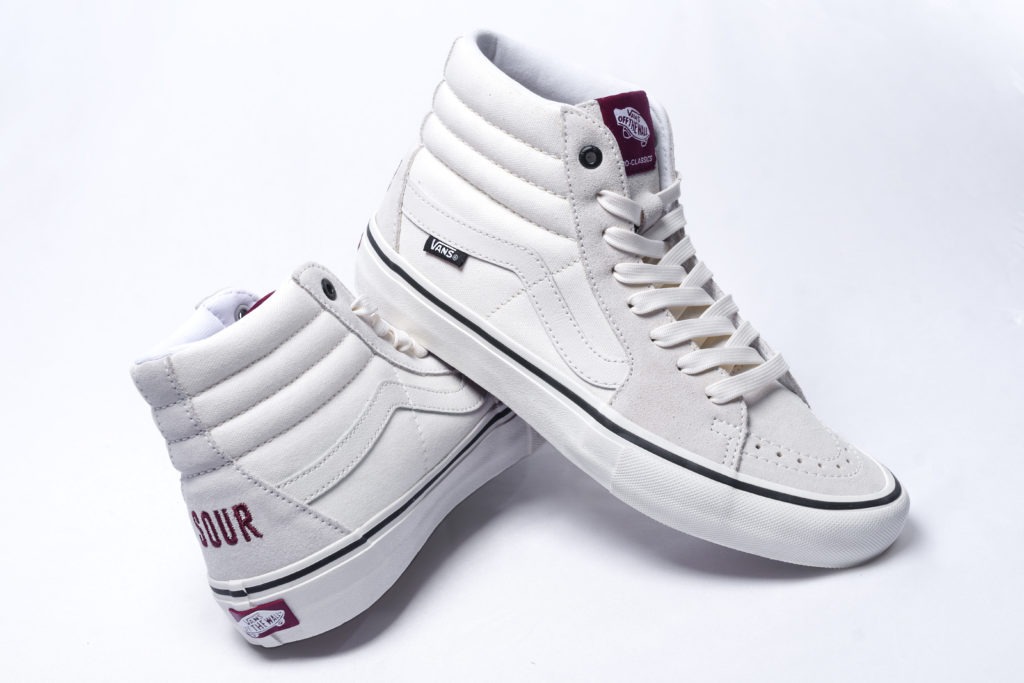 “There’s no sour grapes, only sour apples with the first collaboration between Vans and The Sour Solution Skateboard Company. The forbidden fruit, serpents and two needy skateboarders inspired the two-part collection, which launches today.

Designed to cure the footwear woes of professional skateboarders Albert Nyberg and Oscar Candon of Sour and Vans fame, the exclusive range includes the Sk8Hi and Authentic Pro.

Promising infinite success and unlimited wellbeing (we’ll let Sour face the wrath of those who fail to find their fortunes), the two Vans classics styles have been reimagined to meet the demands of the unexplored territories of left-field skateboarding. Both styles come in a marshmallow colourway with ruby red detailing – the colour scheme a subtle nod to the Adam and Eve inspired artwork created by Sour’s art lord, Jonathan Lomar.

The collection is now available across North America and Europe at the finest skate shops.”

Photo gallery round up from the Geoff Rowley VS event in Liverpool's iconic bombed out church, hosted by the good dudes at Vans and legends at Lost Art shop.