Scottish based Cumbrian Owen Godbert visited Palestine with SkatePal in 2016 and he has been kind enough to share his documentations with us from his time out there while working as a volunteer for the charity. Owen answers a few questions based on his experience and tells us about his new zine, ‘Skateboarding in Palestine‘ published by ‘THEN THERE WAS US‘ press.

Owen’s zines are available for £5 and 100% of it goes to SkatePal. Purchase a zine HERE. 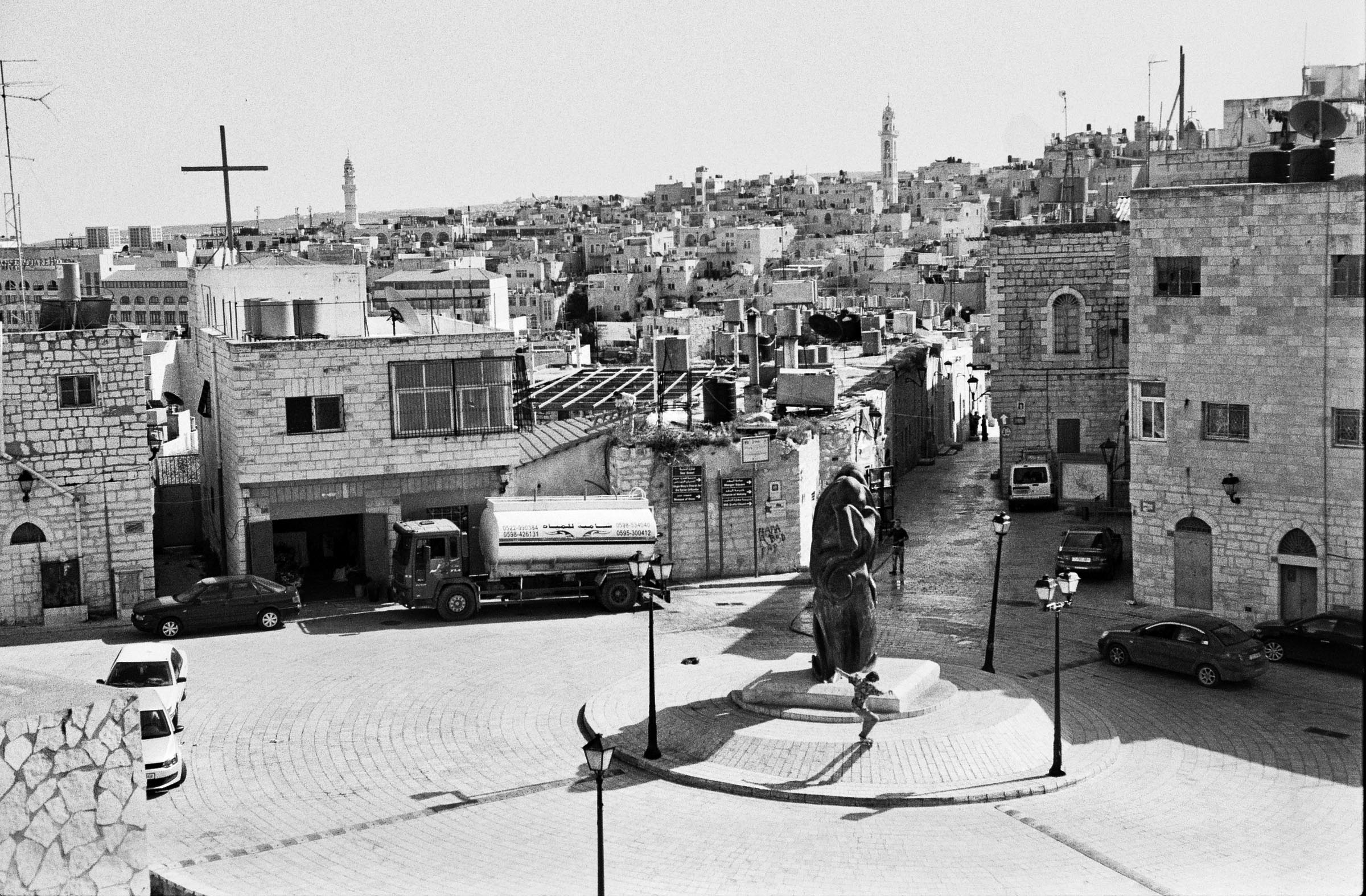 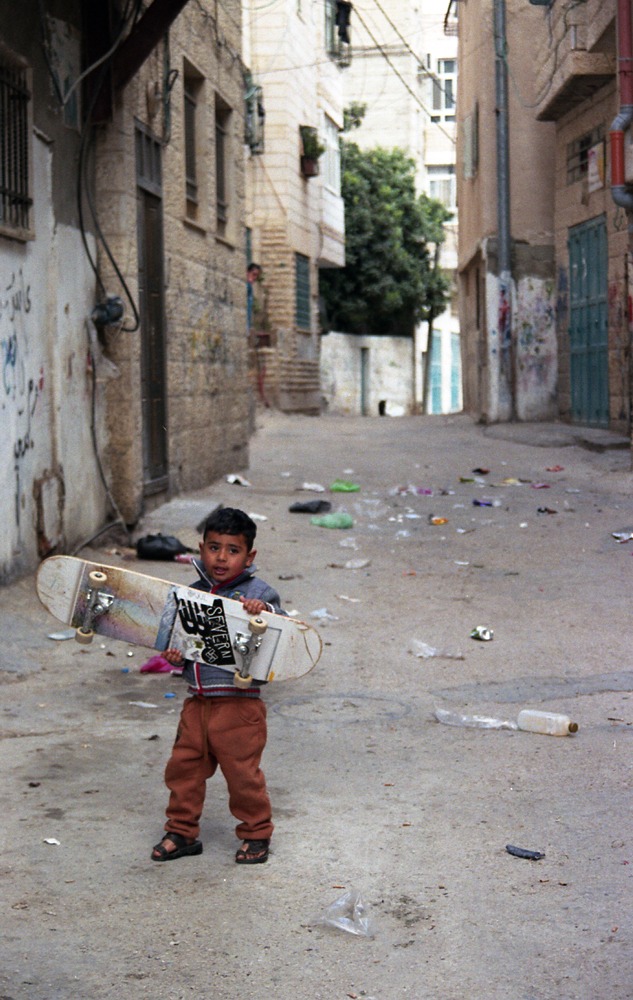 How did Palestine come about and how can you sign up for it?

I heard about SkatePal years ago as it was ex-Bristo Square local, Charlie Davies, who started it. I always wanted to go out there and thought about it for a couple of years. I just emailed Charlie and got some application forms sent over. You can apply HERE … And I highly recommend it! 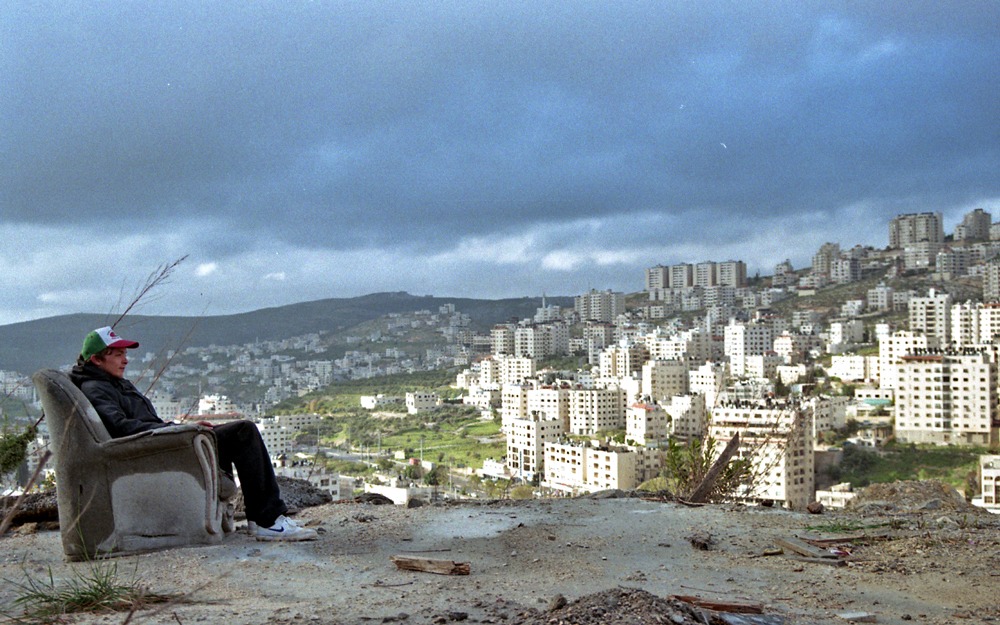 What is ‘THEN THERE WAS US‘?

‘THEN THERE WAS US’ is an independent zine focusing on visual culture through the mediums of photography, graphic design and illustration. Both website and magazine act as a platform not only to promote but to inspire up and coming artists. It’s a really cool zine and a great website too. Check it out HERE! 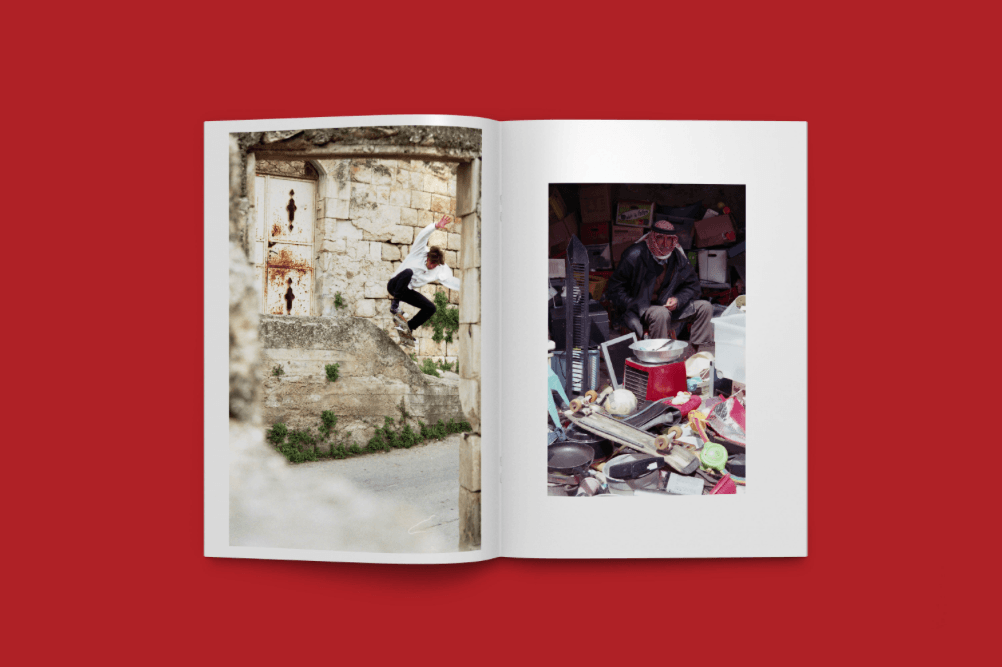 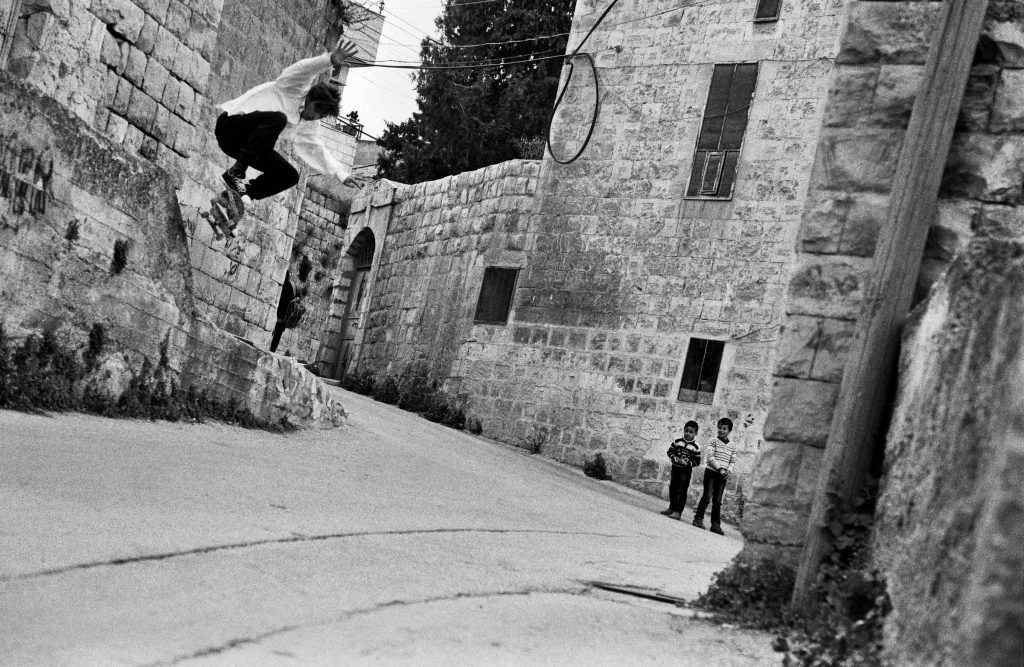 Gnarliest thing you came across out there?

Ah man… So it isn’t actually as crazy in that way as people might think. The scariest thing is the IDF soldiers, who can be really intimidating, especially when going through check points. Having said that, it is a lot worse if you’re Palestinian! 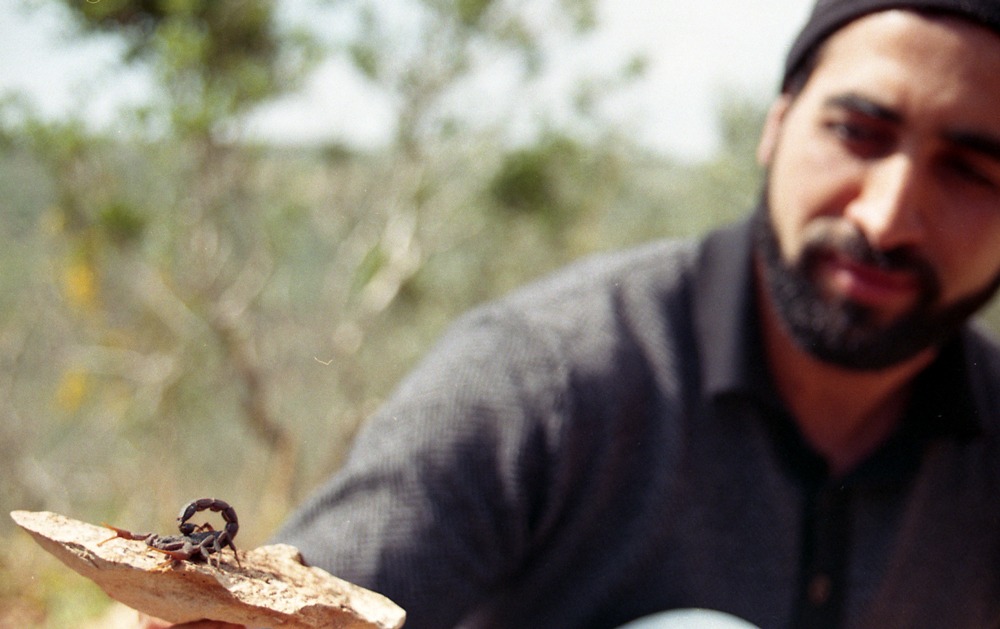 Once we were actually in the West Bank it didn’t feel dangerous, it was actually quite the opposite. In Asira (the village we were living in) you can’t walk down the street without being invited into everyone’s houses for coffee or for a meal! 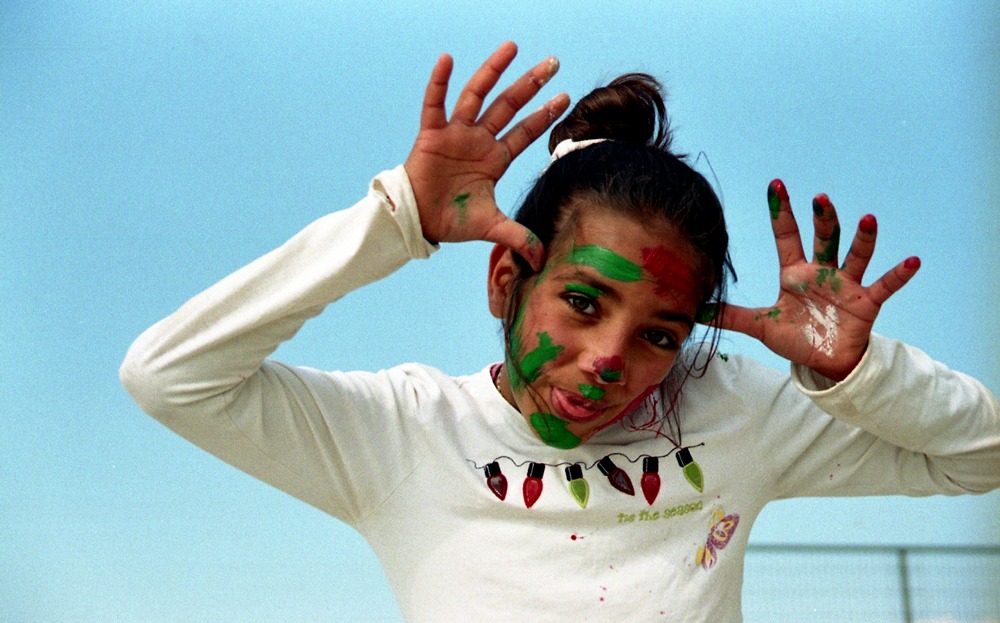 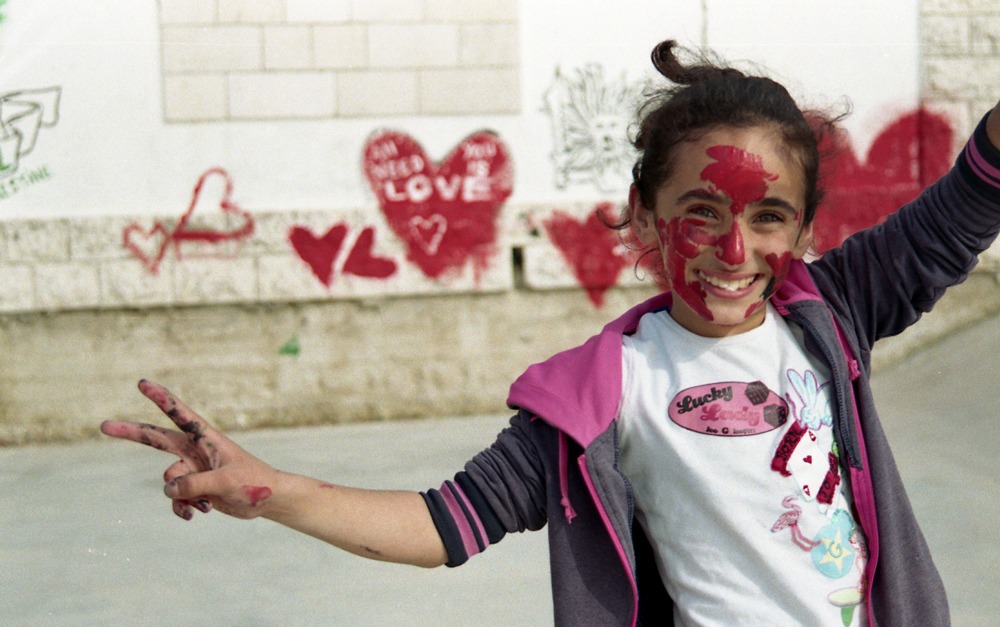 There are two times that stick out though…We were at this perfect handrail spot, which happened to be pretty close to an Israeli military base. James (Griffiths) was trying to boardslide the rail when the IDF pulled up in their jeep. Three of them jumped out and beckoned us all over. They asked us a few questions and asked to see ID. As we were getting out our passports one of them swung his huge gun around, finger on the trigger, right in our faces. That was fucking scary. I think we might actually have some footage of that somewhere! 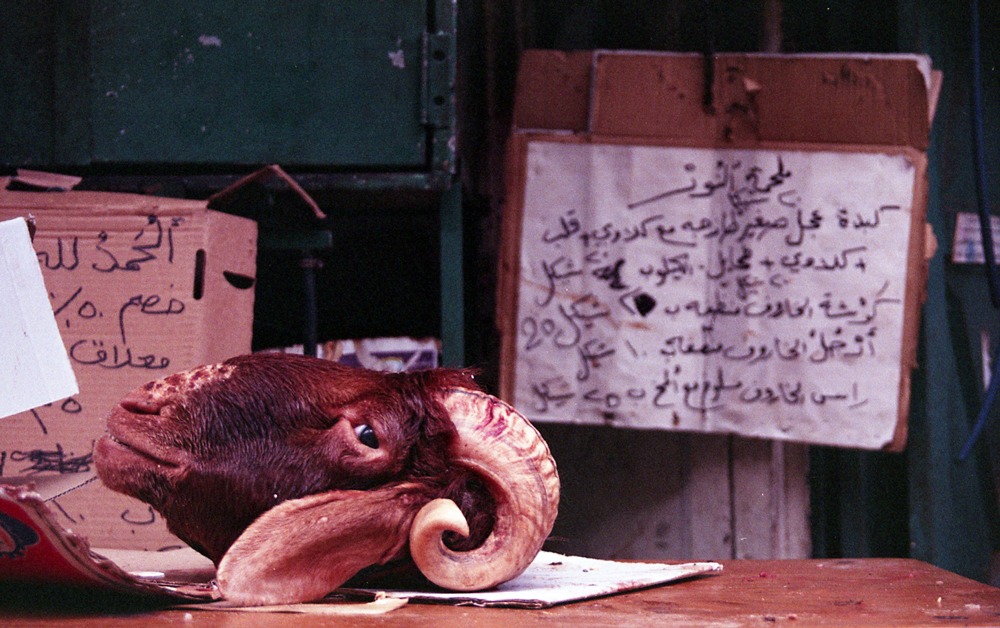 Another time we were in Nablus. The previous day we had spent the day there searching for somebody to make us a hammock, which we eventually found. So we had come back to get one for one of the other volunteers, but the streets, which had previously been packed with people and market stalls, were almost deserted. 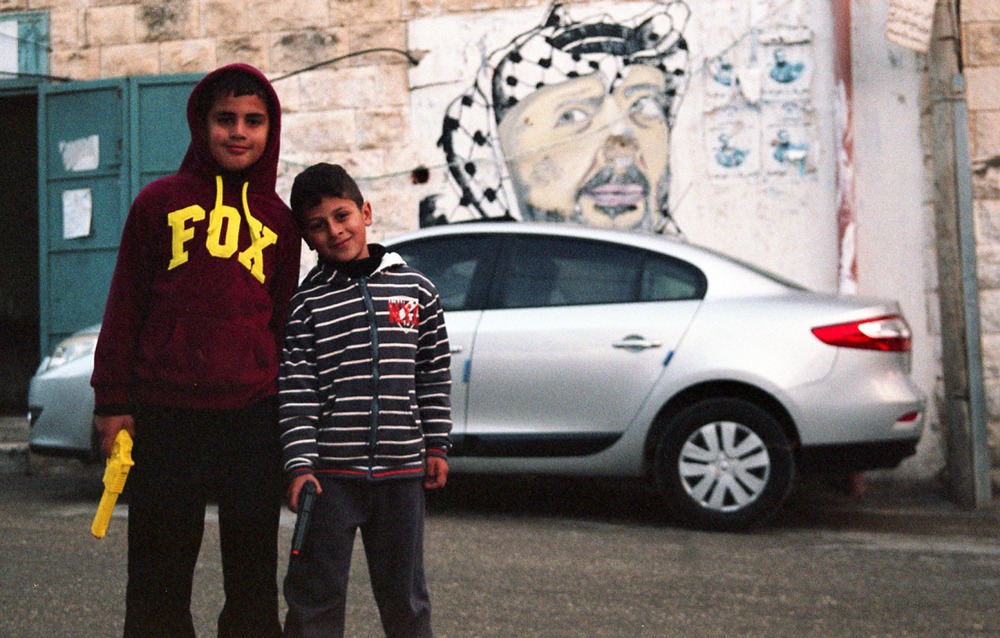 The shutters were all down and there was a fire going in the middle of the street. As we skated along people started to kind of make gestures of holding/shooting guns. It was weird and slightly scary, but we thought we might have been pissing people off by skating so we just picked up our boards. 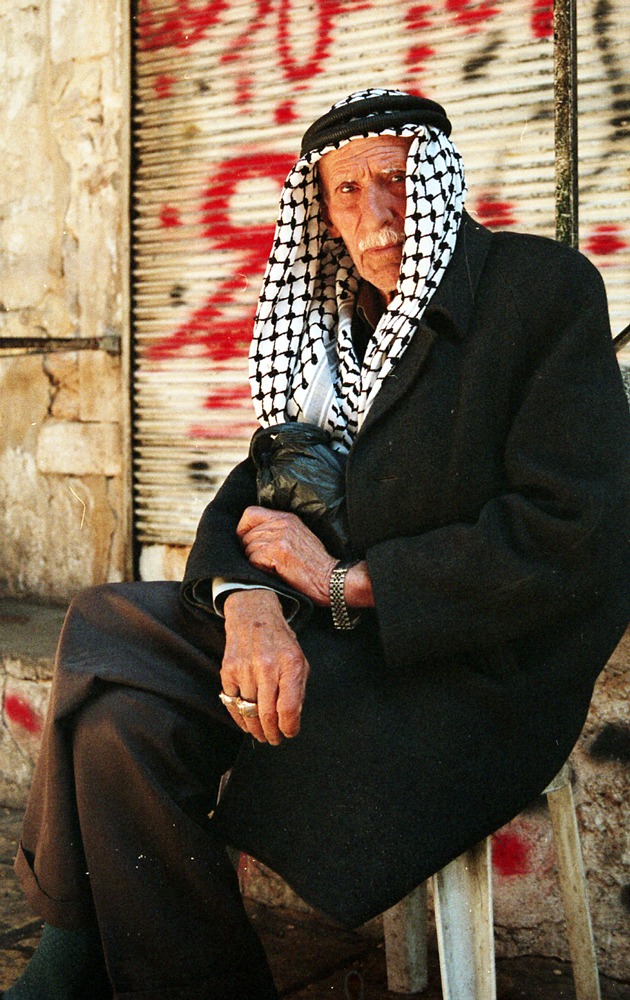 We read later on the news that just half an hour before we’d been there, there was a gun fight at that very place! I think the Palestinian Authorities had been looking for a murderer or something! Actually, the photograph of the kids, which ended up on the front cover of the zine, was taken at this time. 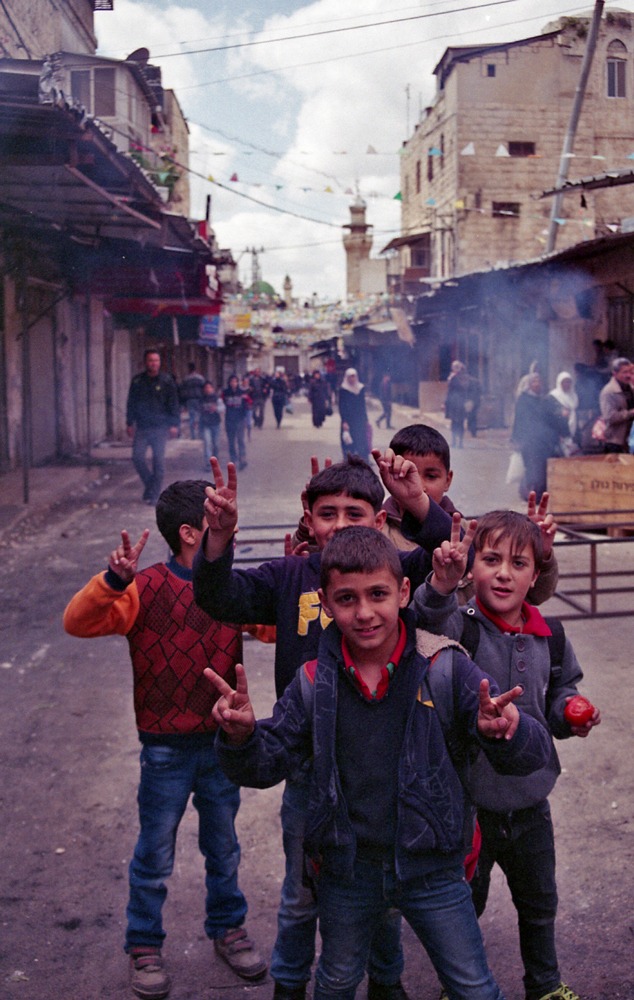 I ate falafels nearly everyday! All the food is so tasty..I love za’atar though, which is a blend of dried herbs, spices and sesame seeds. Dipping flat bread in the best olive oil and then into a bowl of za’atar is so good! One of our neighbours where we used to hang out had a passion fruit tree in their garden too, which was pretty cool. 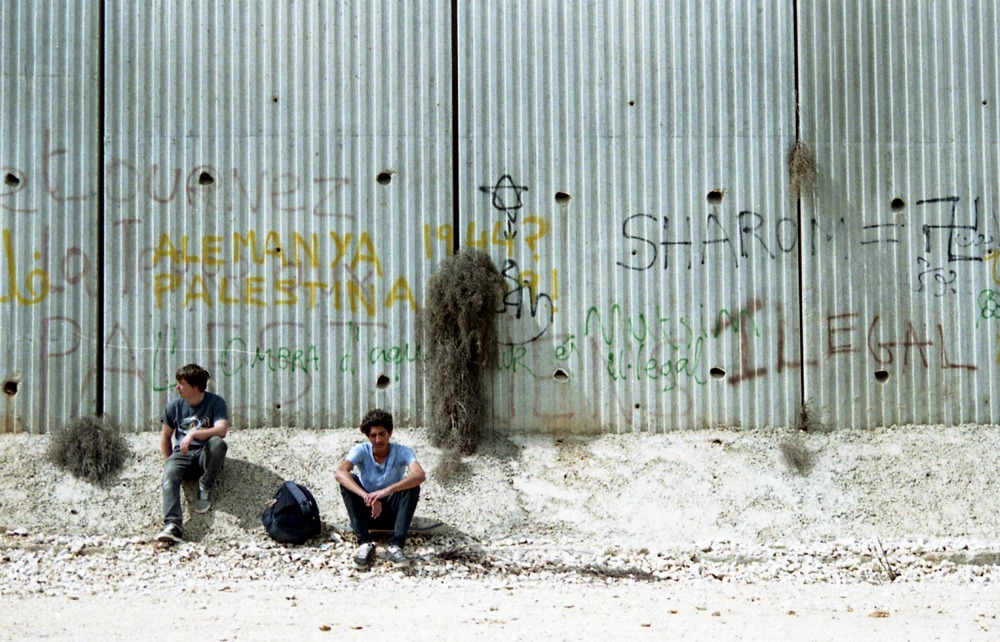 The village we lived in was completely dry, but we did drink in some of the other places we visited. Taybeh is pretty good – Pat (Godbert) and I actually went and had a tour of the brewery! Another good one is Shepherd’s. Also, we found a shop in Bethlehem where the owner made his own rose wine. That stuff was delicious! 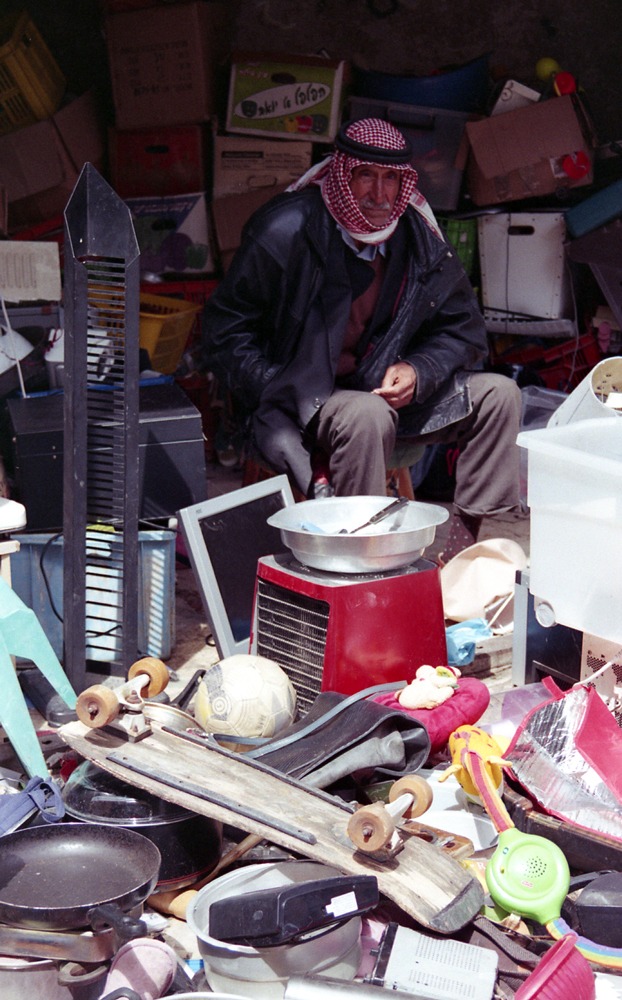 Do you think the skateboarding is having a huge affect out there?

Skateboarding is definitely having an incredibly positive effect in Palestine. What’s great about it being a new activity to the country, is that it doesn’t have any of the negative stigma attached to it, as it kinda does in the Western world. The whole village of Asira seem to love skateboarding! 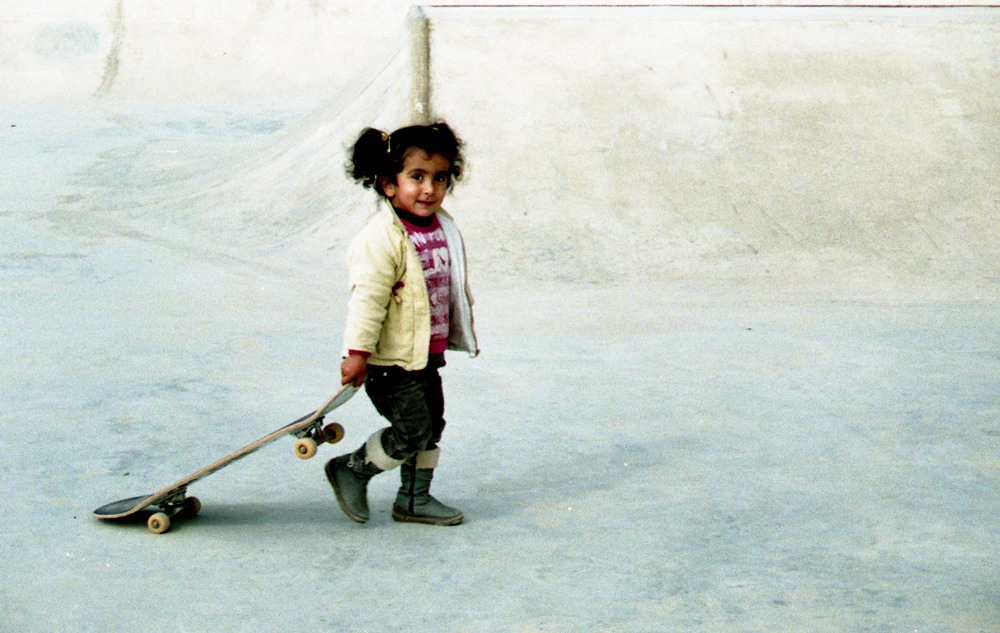 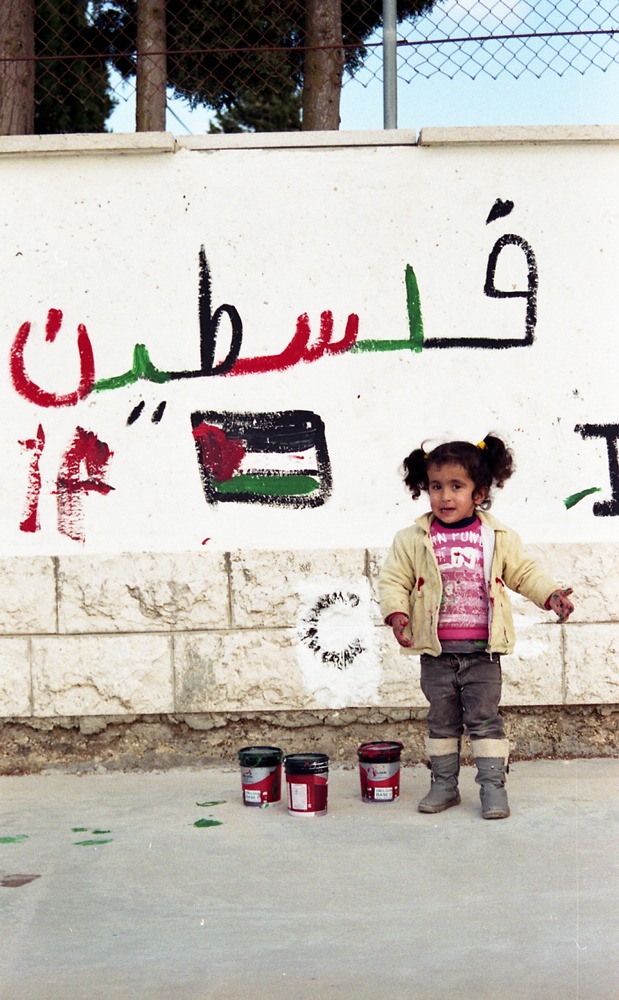 And skateboarding has also started out there, as it did in Afghanistan and other places where it has been introduced in more recent years, as a gender neutral activity – there are just as many female skaters as there are male, which is amazing! 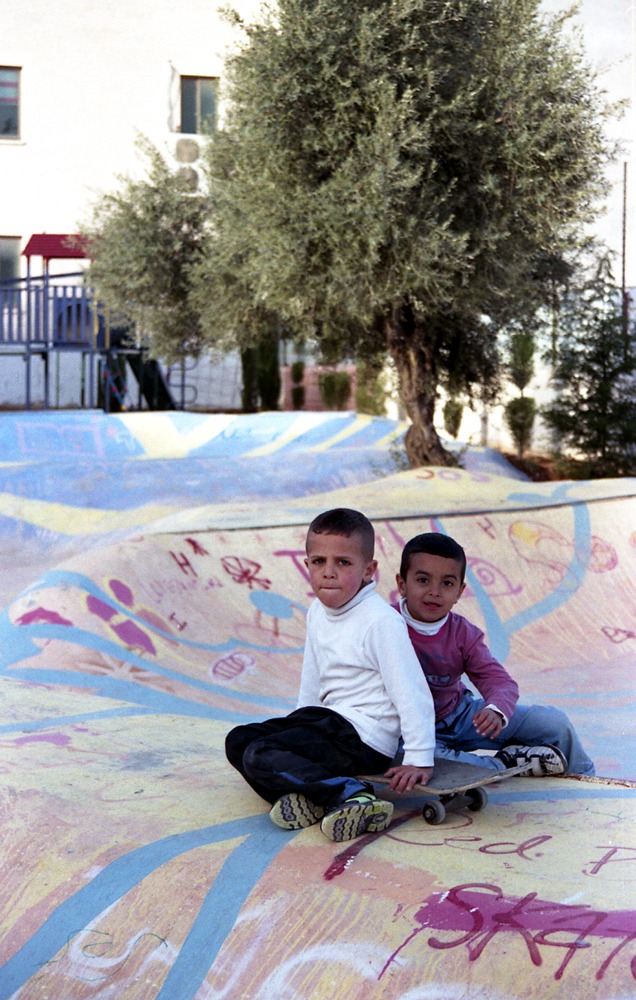 There is a mutual respect in which both boys and girls feel that they belong as equals within the skateboarding community. I also feel like skateboarding gives people a sense of freedom, which is very important when you live in a place like Palestine. 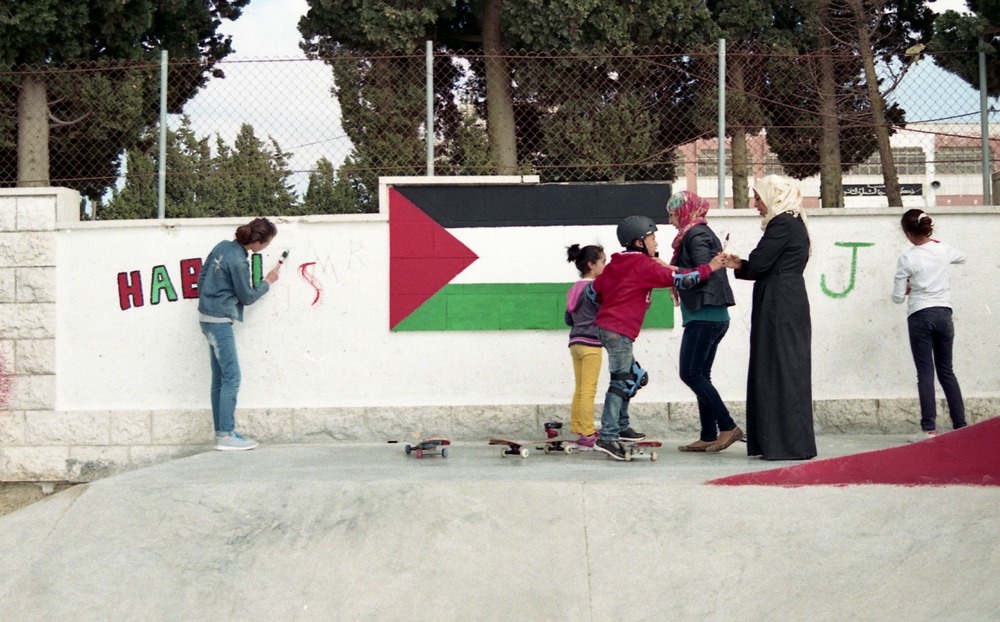 Favourite photograph and video clip shot throughout the whole trip? And why?

Shit, favourite photo and video clip!? There are so, so many! Ok, favourite video clip I’m gonna just go for – it’ll probably change in about five minutes! On our last night there, James, Pat, Charles and I bought a bottle of prosecco each and spent the night skating around the streets of Jerusalem. 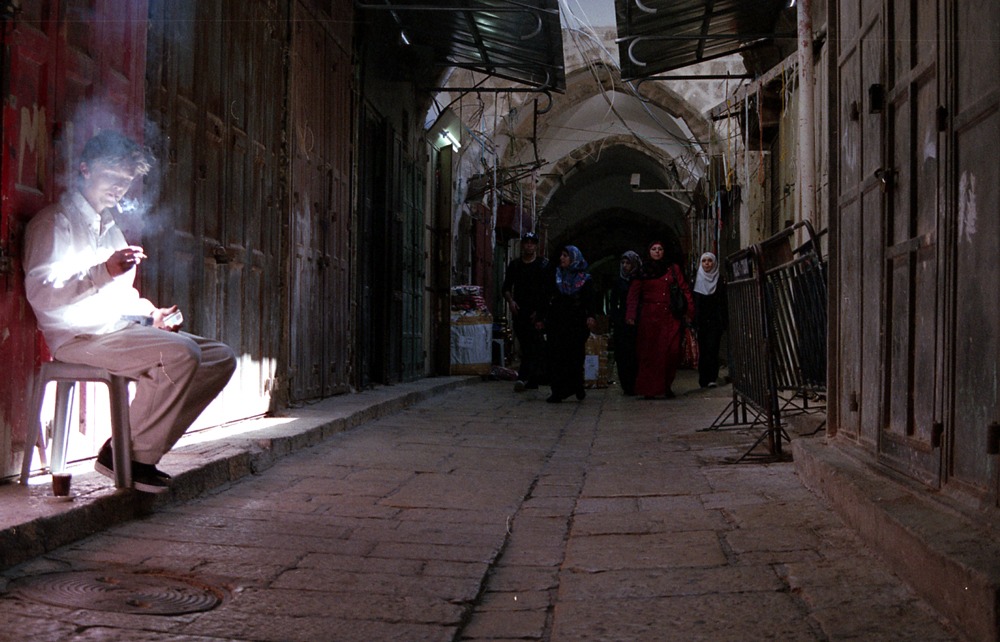 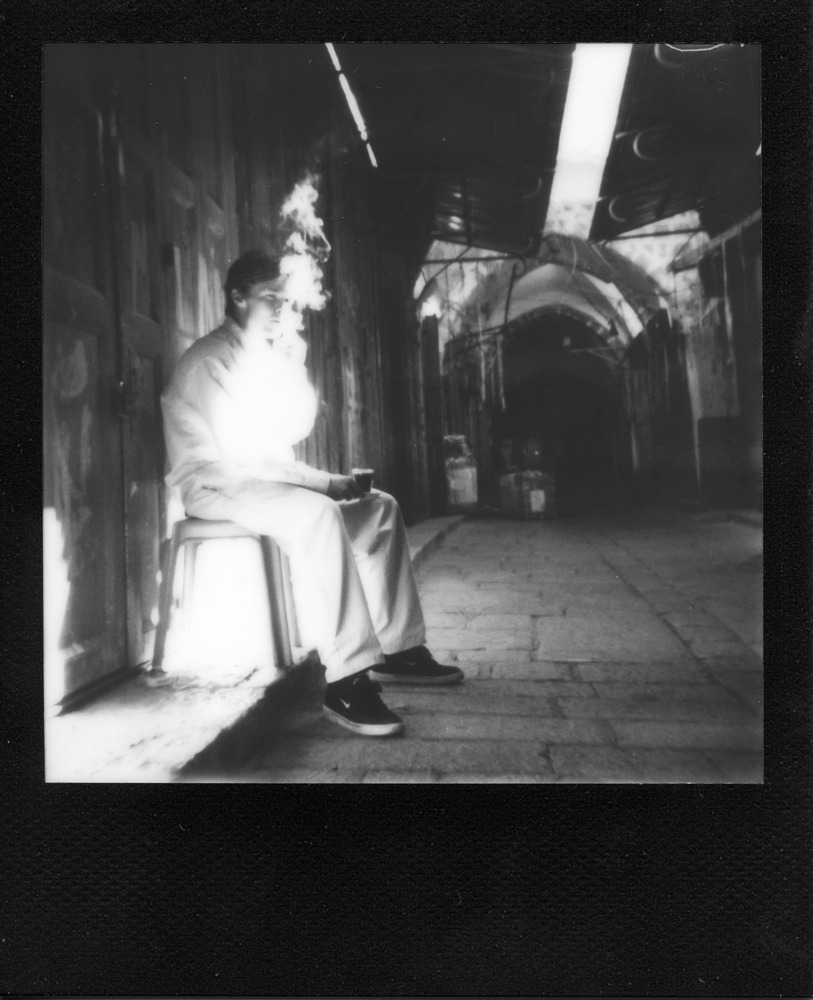 We found a huge triple set with a rough, brick bank/ledge running all the way down the side of it with little drops after the flat section and into each new slope. Pat filmed the the rest of us trying again and again to ollie in and ride down the ledge – we were all wasted and completely eating shit every single go and you can just hear Pat laughing his head off as we each pummel into the floor one after the other! Also, all of the super 8 film stuff! 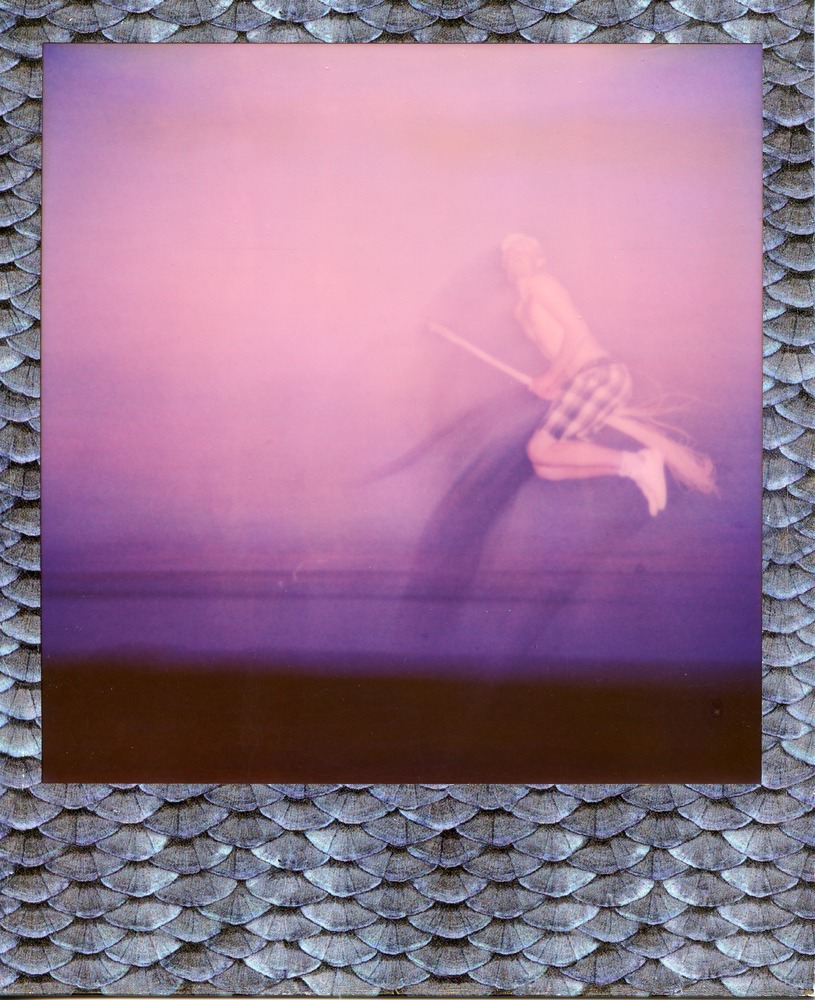 Favourite photograph is really tough. James (Griffiths) took some really good skate photos! Especially the wallride nollie on the wall of Charles (Myatt). Of mine, I really like the one of the kids with their eyelids folded back. Those kids used to follow us all over the village and were so funny and cheeky! This photo seems to show a lot of their personalities. 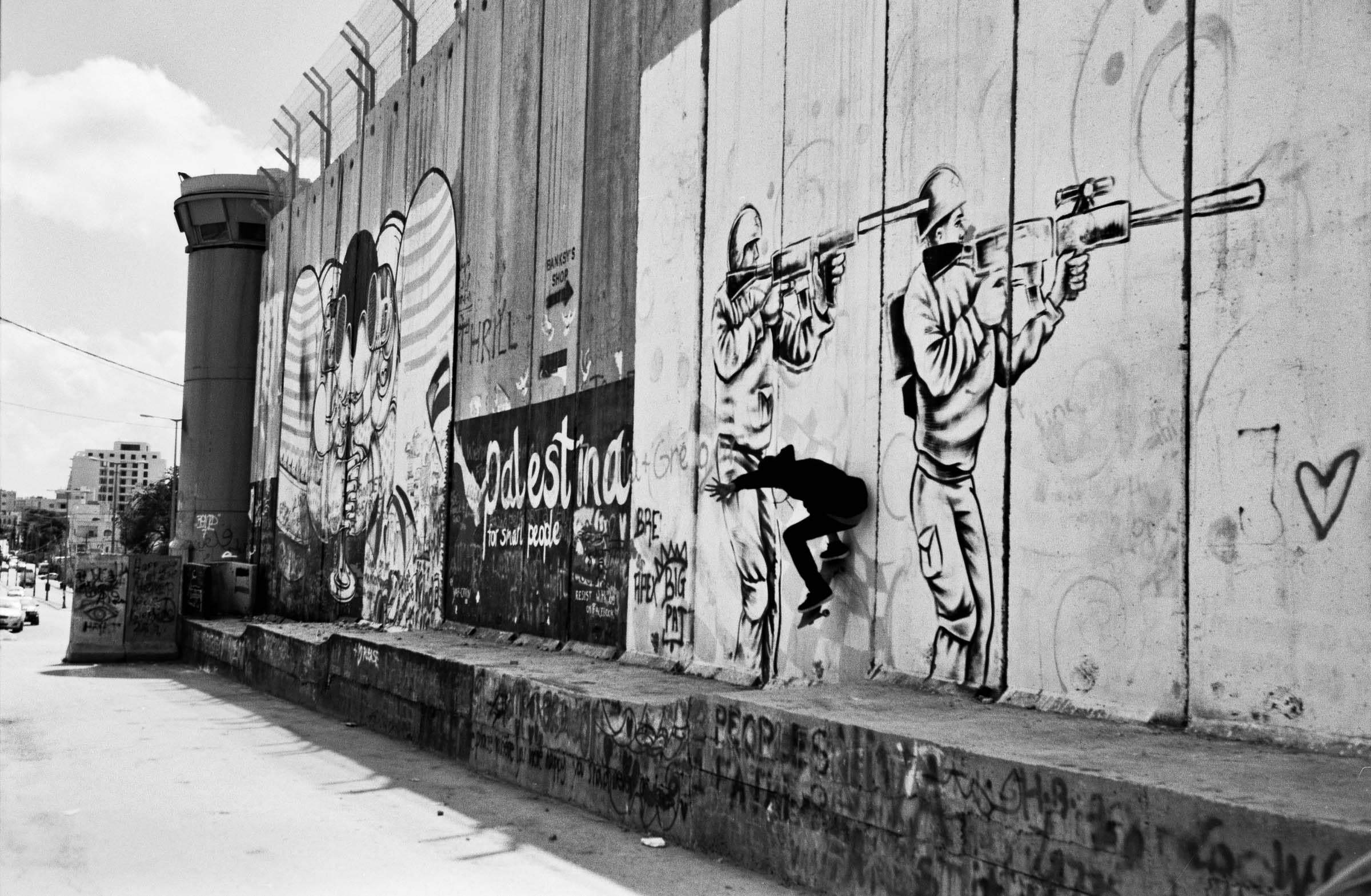 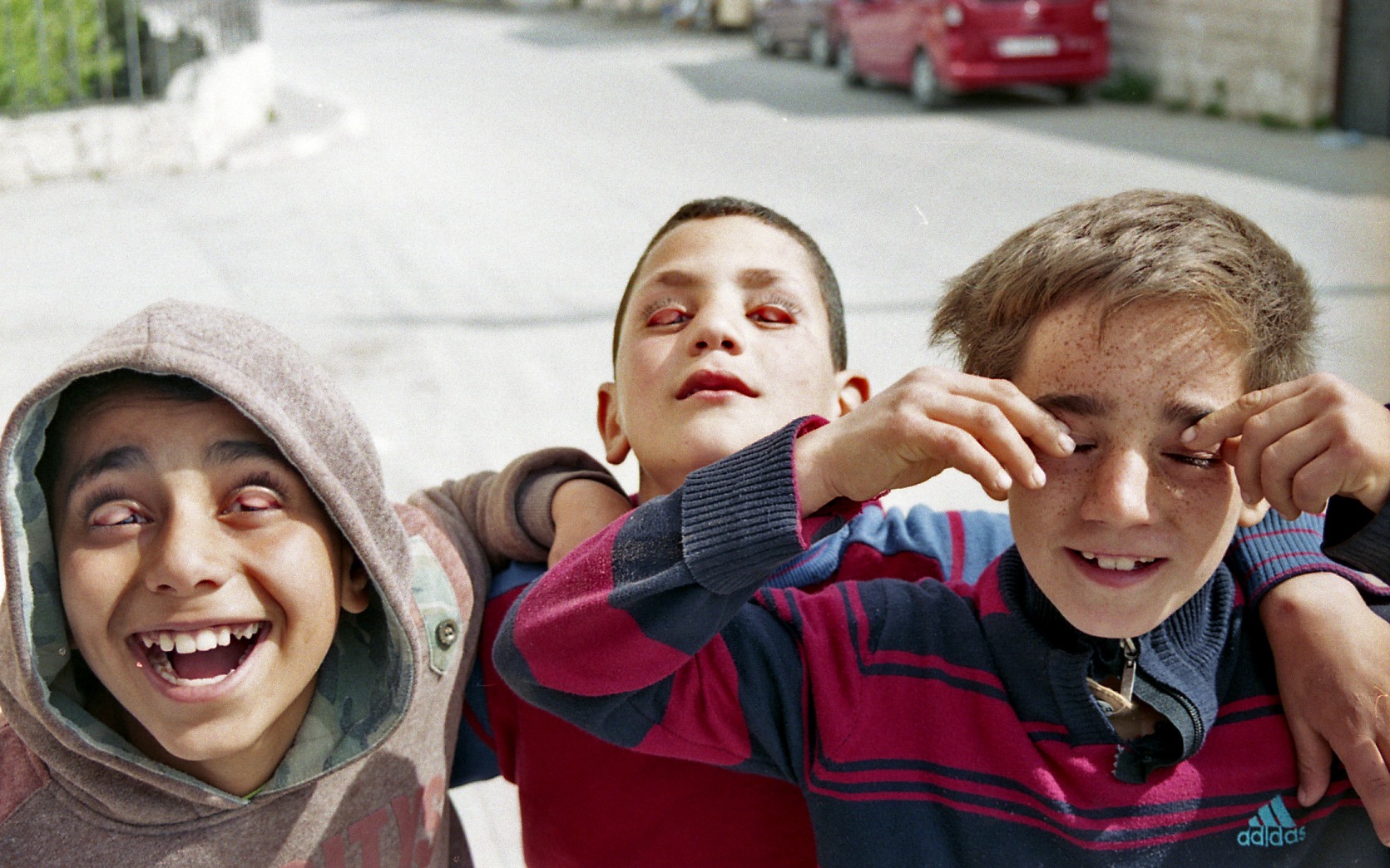 Another one I like, for a completely different reason, is more to do with the meaning behind it than the photograph itself. We were in Aida refugee camp in Bethlehem and we walked past a children’s play area, which had a big net over the top of it completely covered in gas canisters that look like little grenades. It was so crazy and harrowing to see that.. I could go on for ages about this, but I think I’ll leave it there. 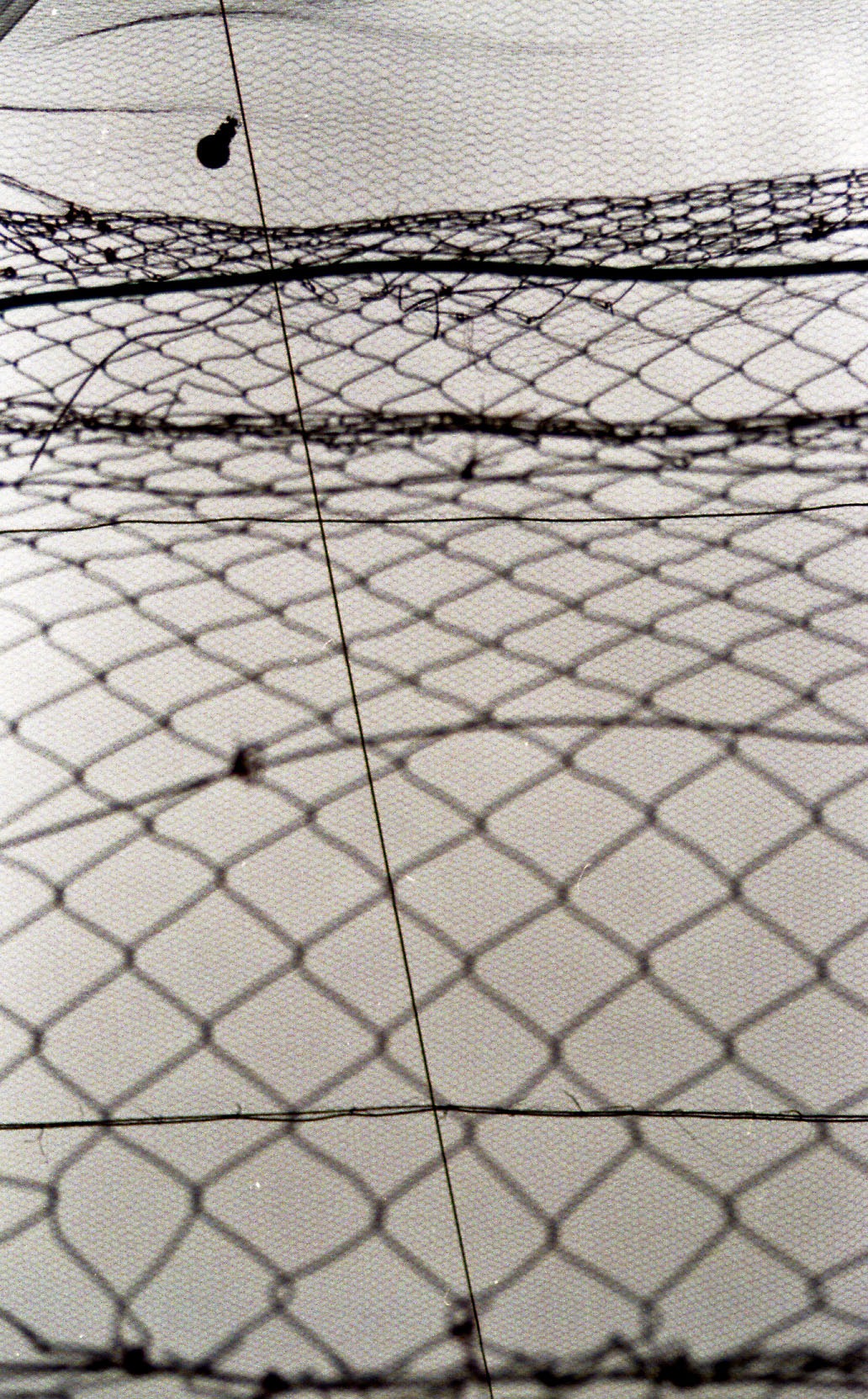 How did the whole experience affect you? Would you go out there again?

It affected me a lot. For weeks afterwards I was obsessed with Palestine and I would spend so much time reading stories on Ma’an, which is a Palestinian news website in English. 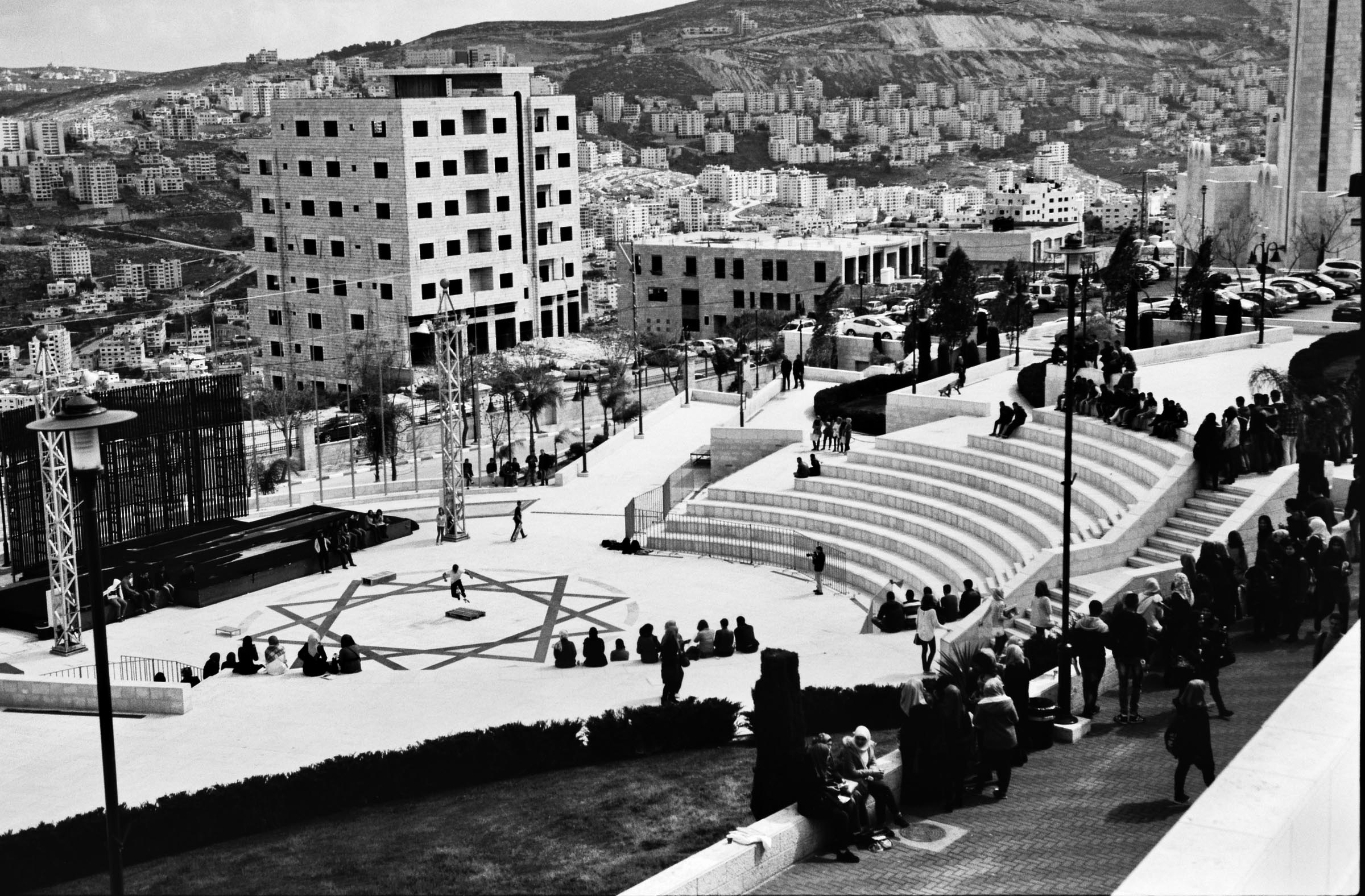 It’s affected me more than anywhere else I have travelled to and I know I will keep going back there throughout my life. I am heading back out there on Sunday (today)! What I really can’t wait for is to be there when that fucking wall comes down! 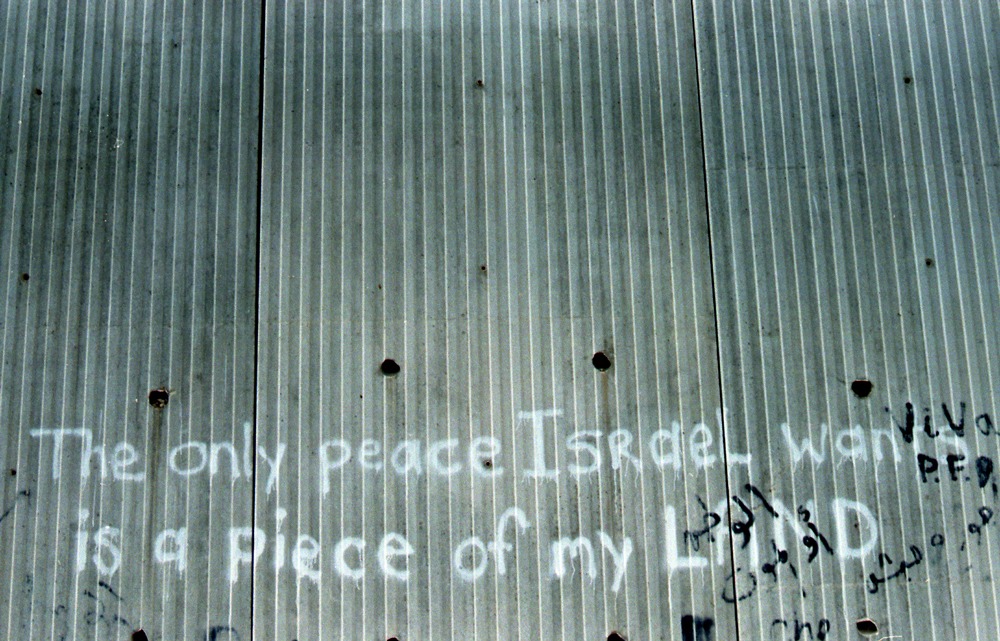 Thanks Owen you big lej, enjoy your next trip to Palestine! Safe travels fella. 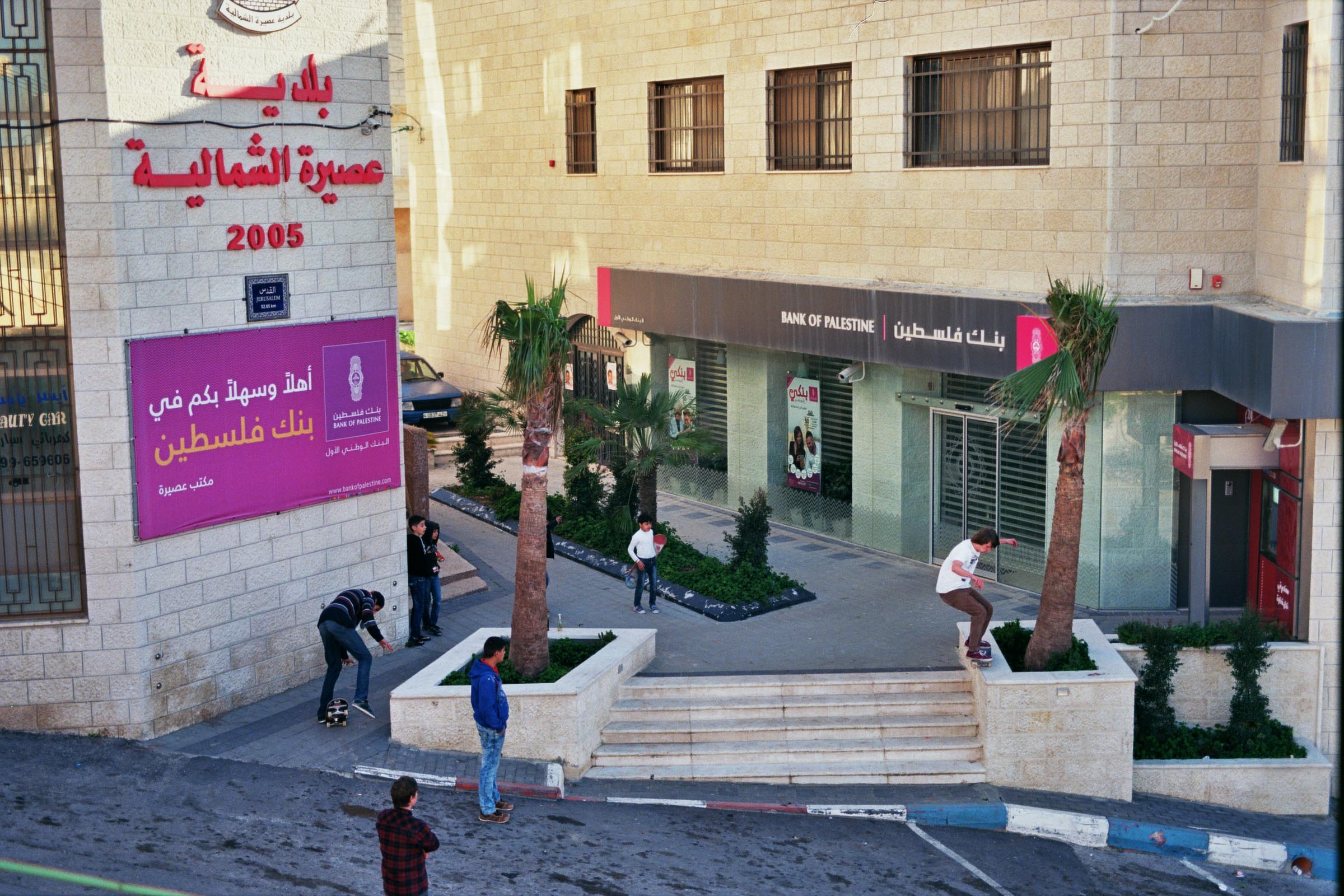 Music: ‘Burning Flags’ by The Doozer

A focus article on the work of Skate Nepal with words from Chris Jones and photography from Louis Marshall.