Mark Kendrick presents us with the full length Mancunian based video ‘Shads’ filmed back in 2013. The ever productive Joe Gavin rejogged Kendrick’s memory and asked him a few questions about this banging masterpiece. See below for the interview graced by some magnificent photos by your man Joel Peck. This powerful trio combined can only produce great things! 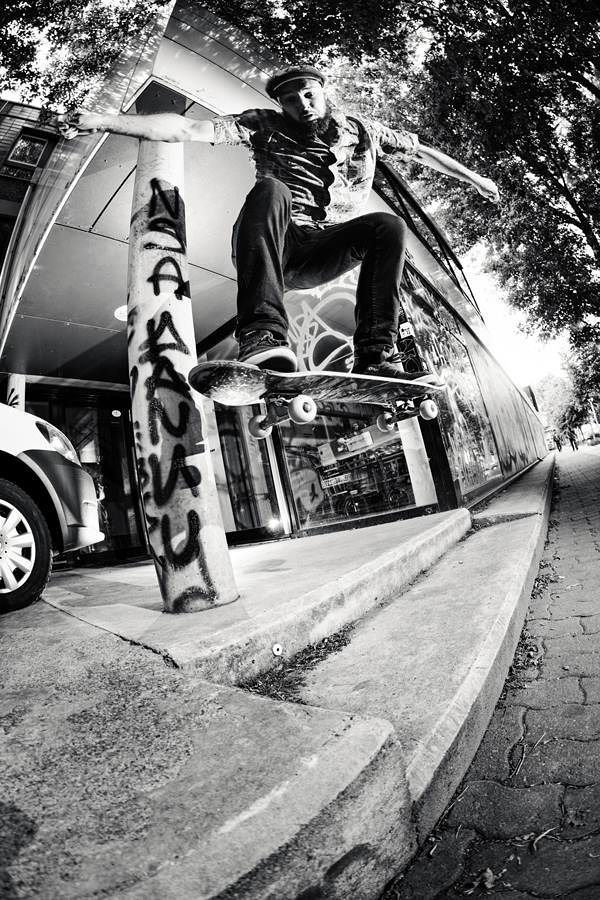 So Kendrick, ‘Shads’ was a long time in the making, talk us through the saga!

As far back as I can remember I’ve always wanted to make my own video. ‘Playing Fields‘ was the first video I saw, so this had a huge influence on me and definitely shaped the way I perceive videos. To me it has the perfect mixture of tricks, spots and brotherly friendship, so that is what a truly great video should have. It has to have personality, otherwise you might just as well write down all the tricks that happened and hand it to someone saying “that’s what happens”. Music has also has also been a massive part of my life, like many people, so when I started watching videos all I could think about was editing to them! Every single song, still to this day the same. Forever. 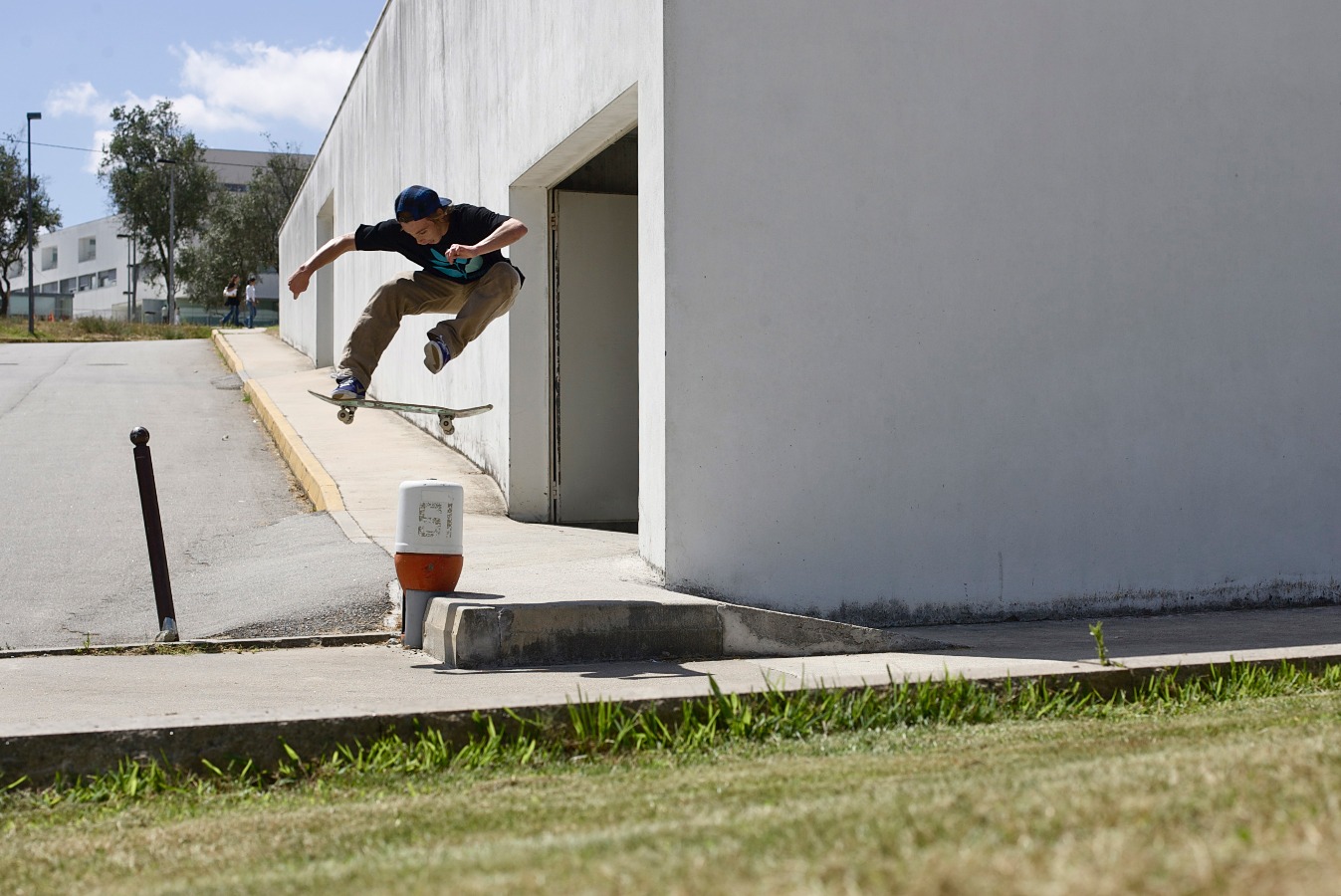 Finally around 2009 I bought a VX1000 off a BMXer in NOTE, got a cheap MAC and a Nano technologies (Sean Lomax) editing software hookup and started learning and filming as much as I could. This then got upgraded (or downgraded if you’re a VX purist) to a VX2000 which I do prefer, then filmed 95% of the vid on that. From start to finish it probably took around 5 years, but lots of that period wasn’t really “having it”. That only happened in the last 2 years when all the parts were decided and it began to take form. 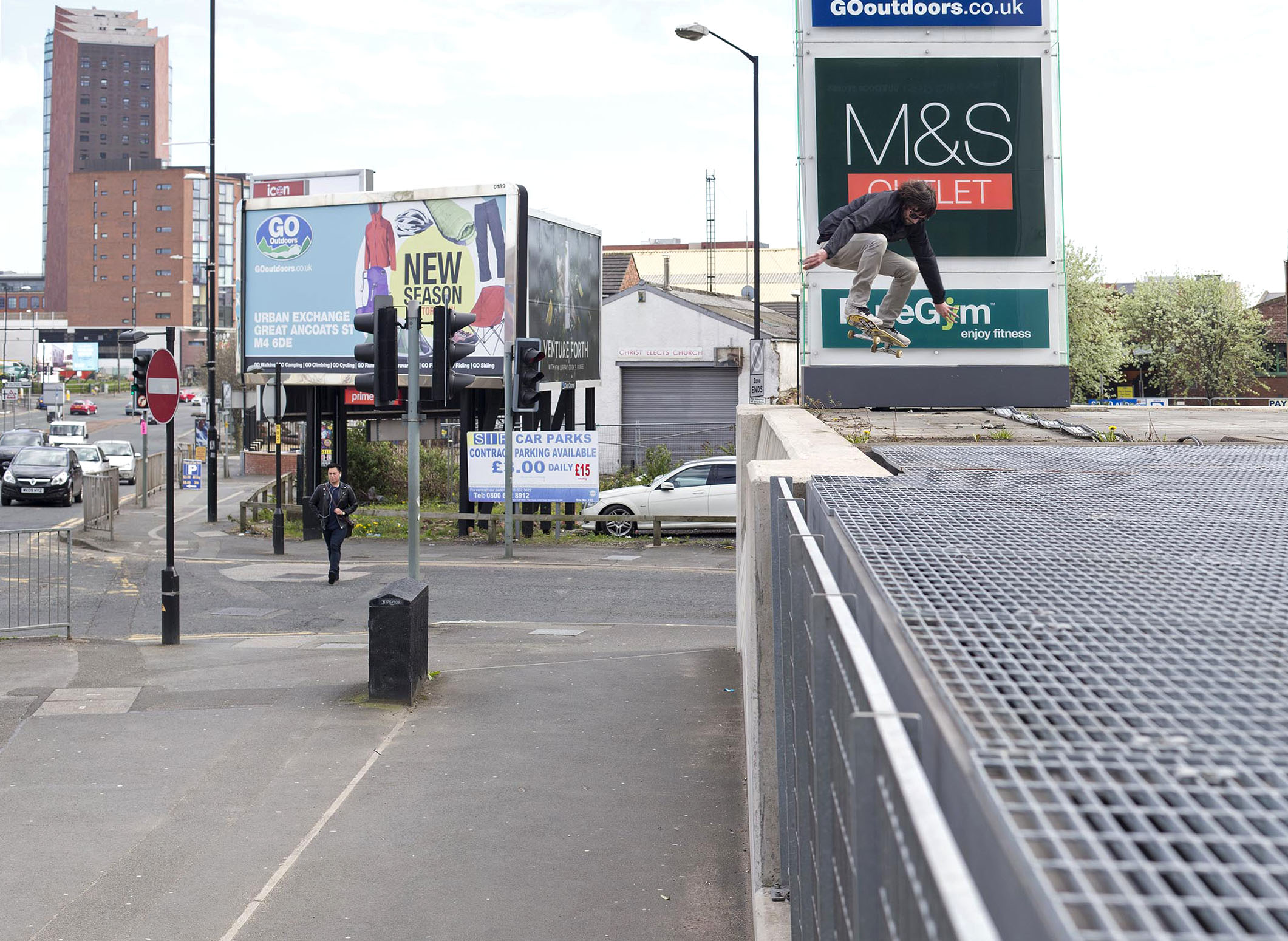 ‘Shads’ is a pretty intriguing name, how did it come about?

Living with stoners who like to have all the garish lights on full power at all times would annoy me to say the least. I like it sensual, so when I’d come into the lounge I’d always turn off all the lights and put the lamp on, to which Keegs would shout “Ahhh shadow!!”. This then developed into “Shads” and so seems liked a fitting name for the video. 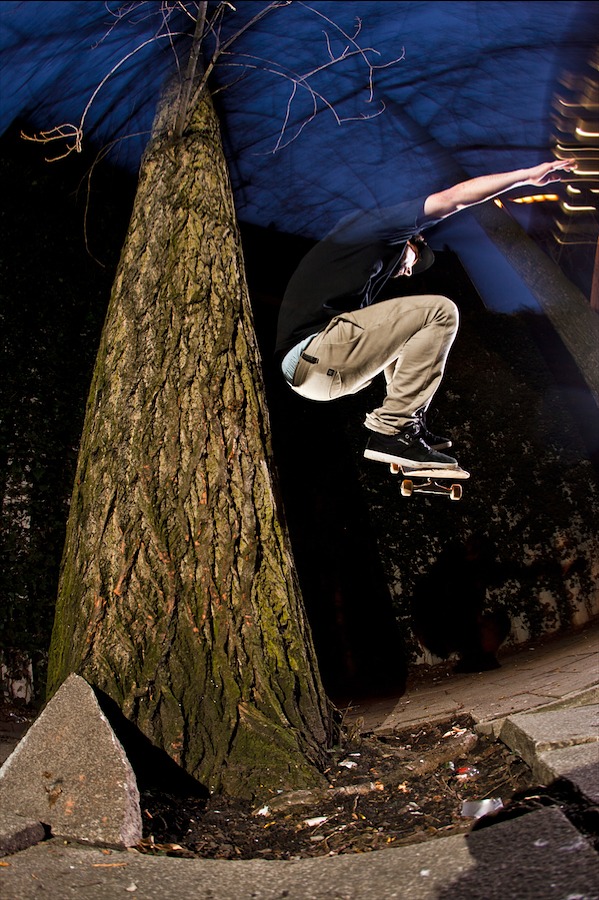 So obviously Frank Stephens has a part…Why and how!?

I’ve known Frank since I was 13 from when I was living in Ipswich, the city where I started skating. He’s always been such a big influence in every way. He was like the Gonz to me, but even bigger because I had only seen ‘Playing Fields’ so that was everything! When I moved to Manchester I lost touch with him for a few years then when I started making the video I sent him a letter saying what I was doing and how I wanted him involved. ‘Shads’ is predominantly a Manchester scene video but to me it’s just a video of all my closest friends and another big reason why I made it, to document all my boys that I’m proud of. 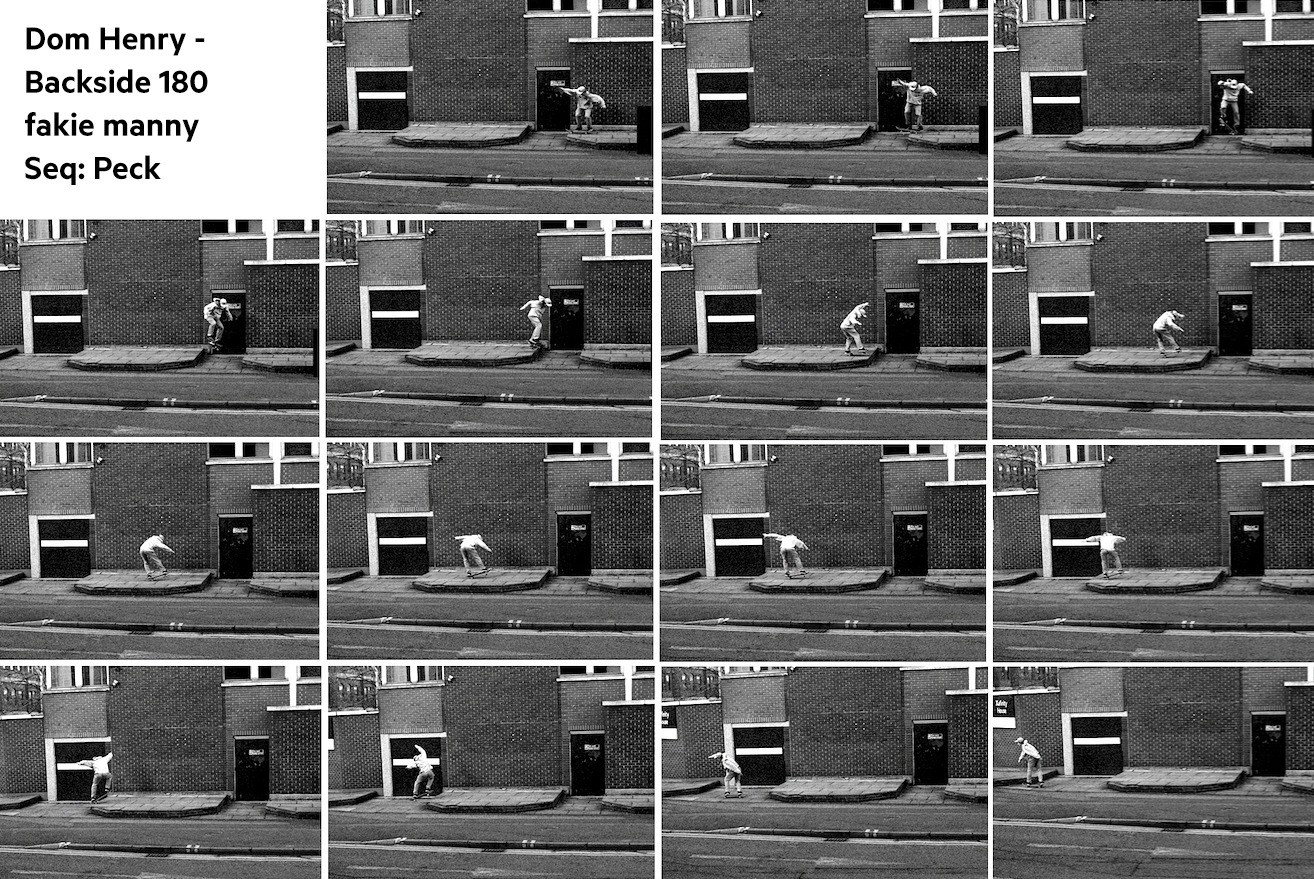 Shads has a pretty interesting style to it in a music sense, what are some of your influences outside of skating? 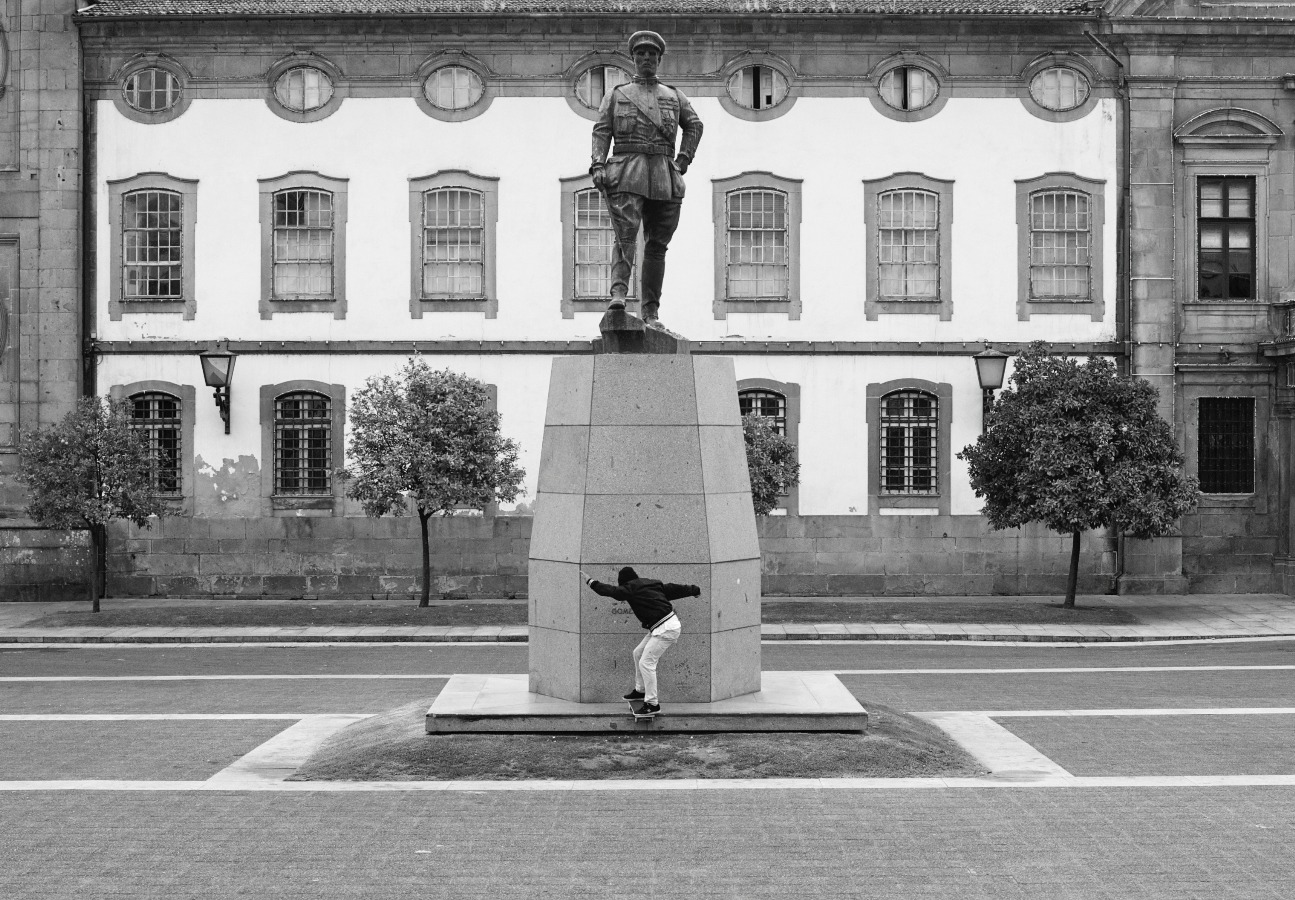 Jed Coldwell – gap in and out front lipslide. Photo: Peck

Obviously your part is the best with the skating, music, spots, filming and the fittest guy in the whole video but who else was it fun to film with?

Thanks mate, appreciate that. Everyone was awesome to film with, we keep it as fun as possible. Grove filmed his part in about 4 days, it blew me away. I’ve never seen such a keen human in my life, truly amazing. Good work sunshiiiine! 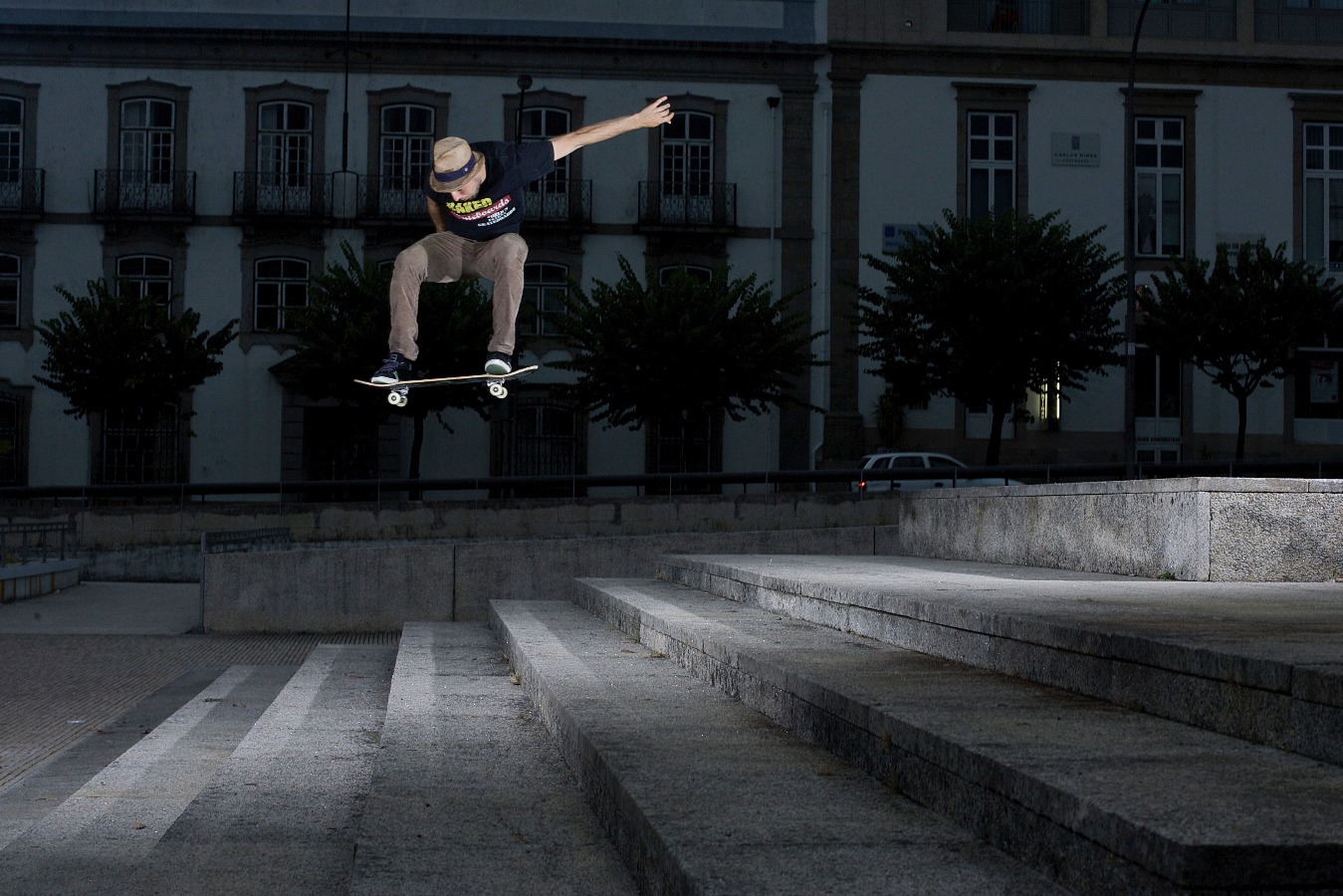 Tell us about your experiences of editing while on acid?

Well it really doesn’t help, nore does any drug in my opinion. It may seem good at the time but the next day you will definitely be like, “Oh right” and not use it. I would always get into the editing zone in the morning. Nice big brew with 4 sugars in a pint glass then go in for about 4 hours and it can just be effortless. Other times it can be like trying to write a song when it’s just going nowhere and the more you try the worse it gets! You have to know when to call it and start with a fresh head tomorrow. 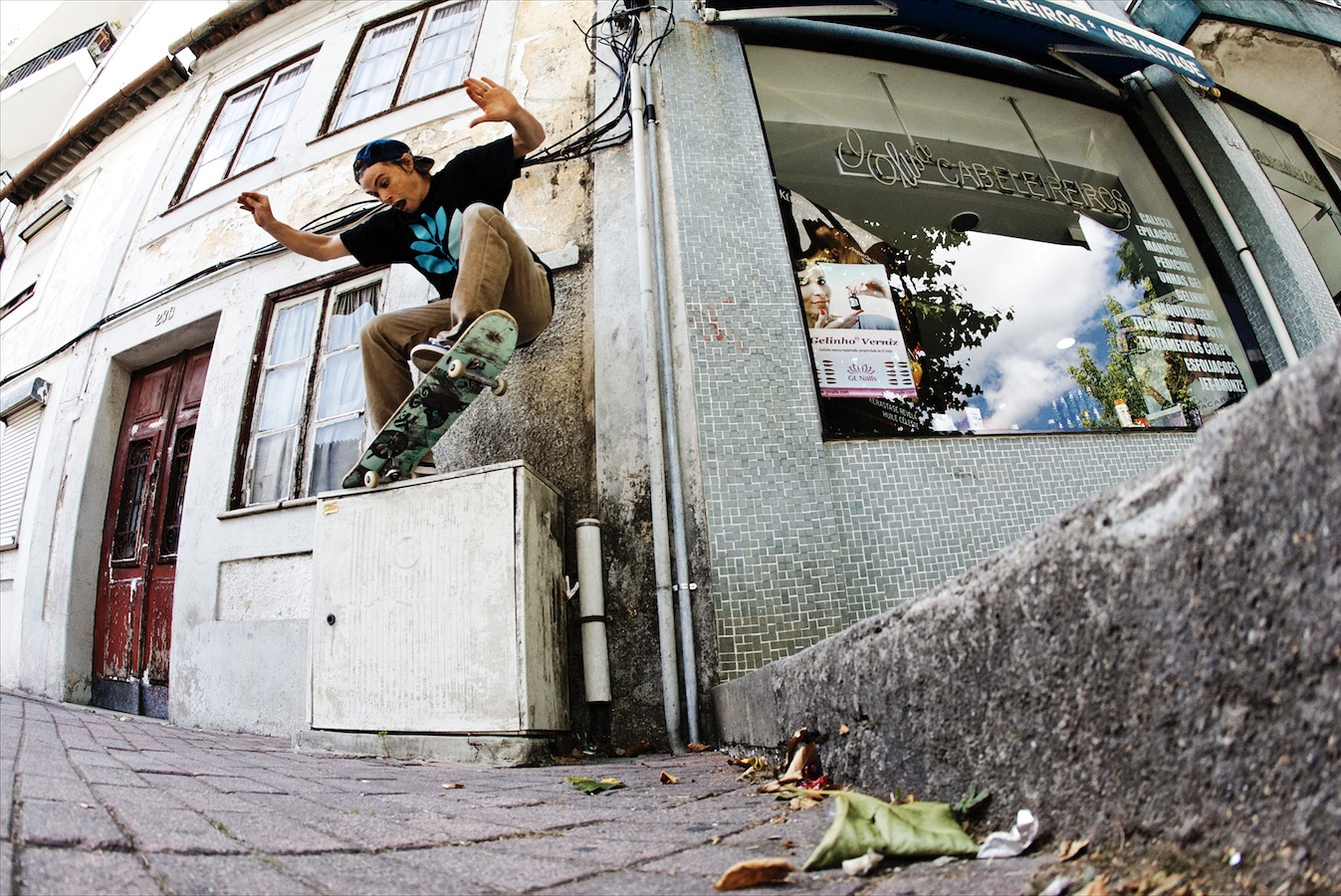 Best trick you filmed and why?

Quite possibly Groves last tricking ollieing through the signs. A few zoots in his mates recording studio, drive down, no warm up, first ollie, jobs a goo dun and back to the studio for more. 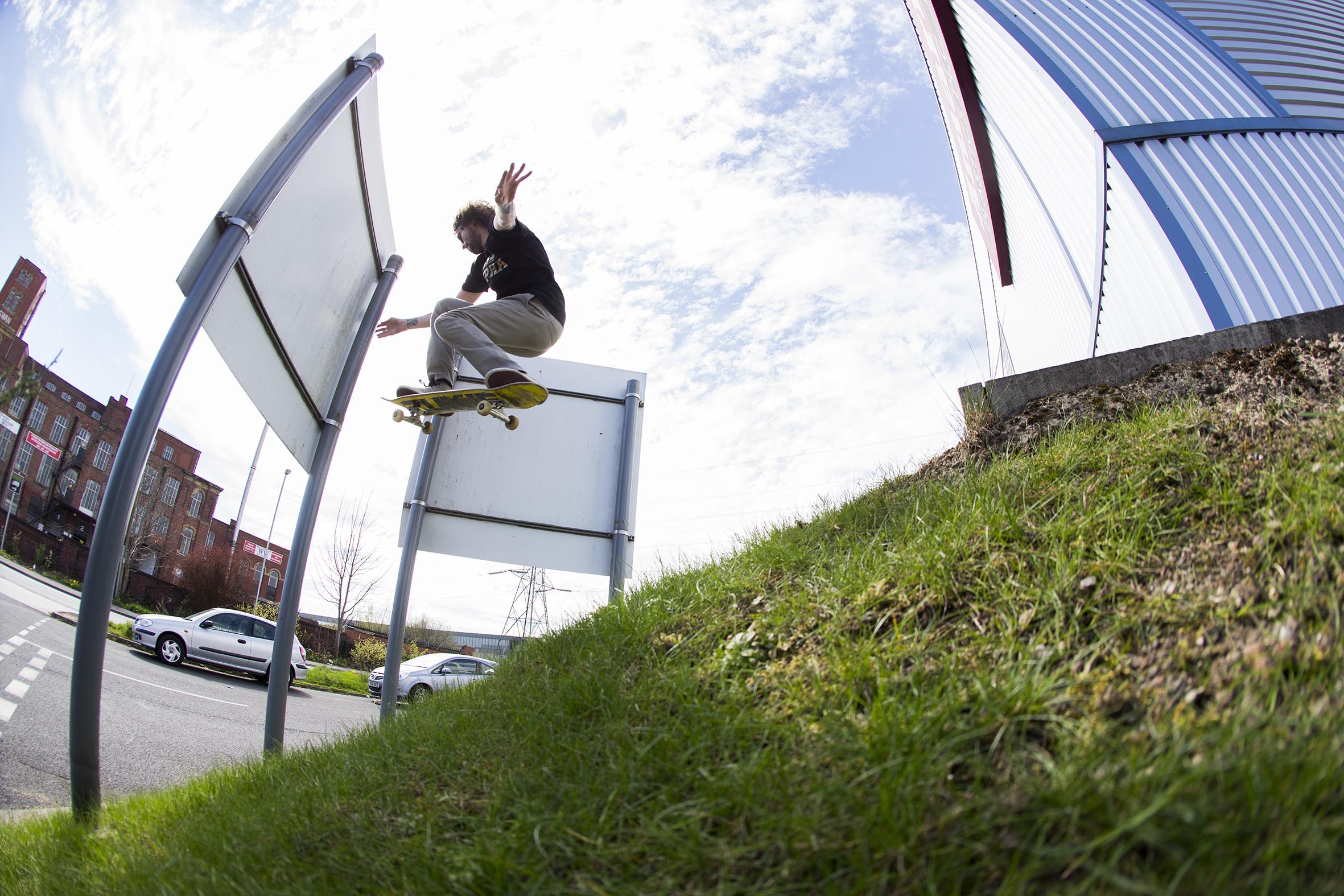 Tell us about ‘Piilgrim’ and how that ties in to the initial ‘Shads’ vibe?

All this year I’ve been working flat out on starting my new clothing company called ‘Piilgrim’. There isn’t really many skate clothing companies that get me super stoked, like everything is aimed at someone else, so I just can’t relate to it. I’ve made the styles taking influence from various places, past and present, to create something unique. I’ve also used some resalvaged original fabrics from the 1960’s and added them into some features too. It’s looking amazing and I literally cannot wait till it launches. We’re looking at around October this year. I’ve designed everything myself, chosen all the fabrics and trims and spent endless hours talking to the different manufacturers to find the right people to work with. The team is 5 of my best friends, all of whom have been going in quite literally “ham” for the video which will drop when we launch. 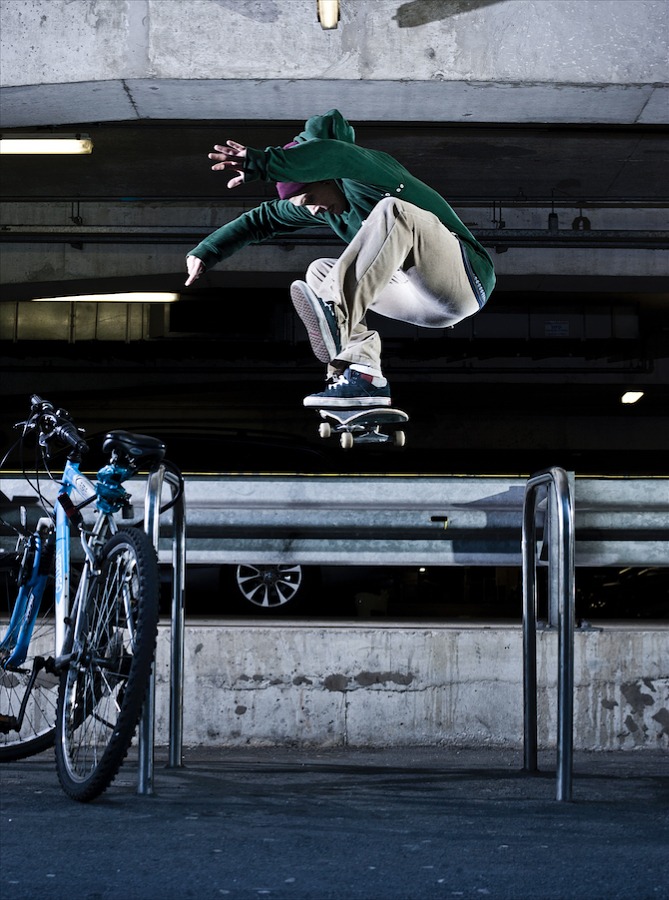 Everyone I know. Hope you enjoy the video if you haven’t seen it before. Cheers!

Filmed and Edited by: Mark Kendrick