We’re hyped to present a new piece in association with Serious Adult + GCS. UK heads Tom Delion, Darwin Cranium of Moose Skate Shop, Graham Davies and George Booth-Cole all combine forces to bring you ‘GACHI OTONA’ a 20 minute edit showcasing their shredding throughout Tokyo, Osaka and Kobe with their respective sound locals. Below is a selection of photographs shot by the crew and Japanese photographer Masahiro Yoshimoto. Have a gander then watch the edit and book yourselves a visit to Japan! 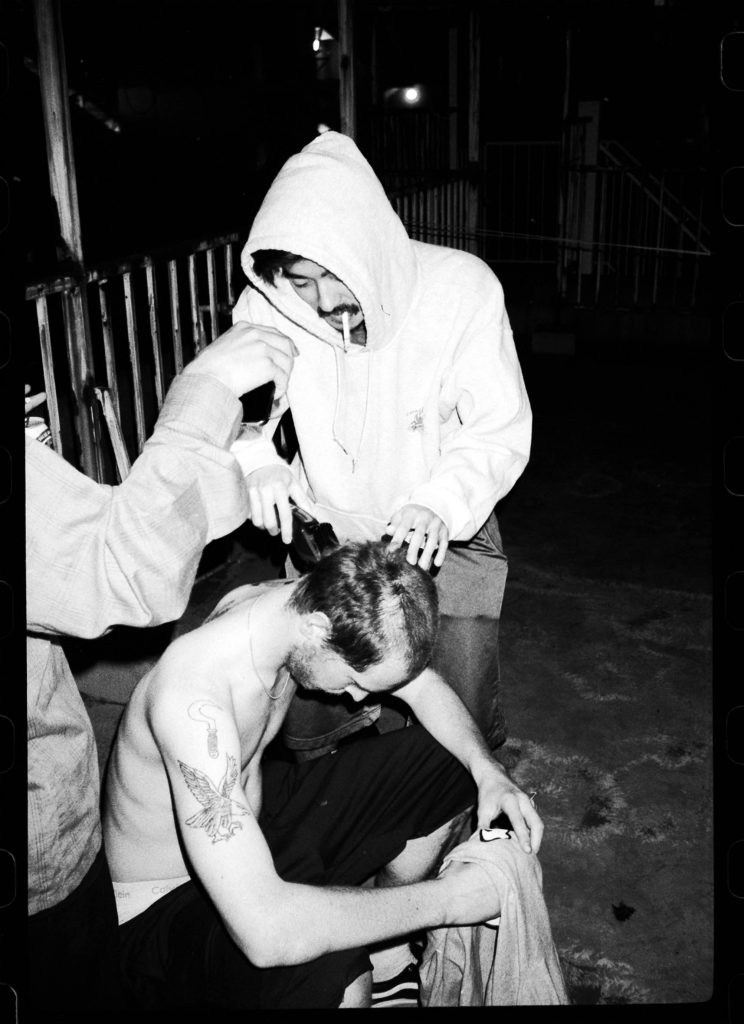 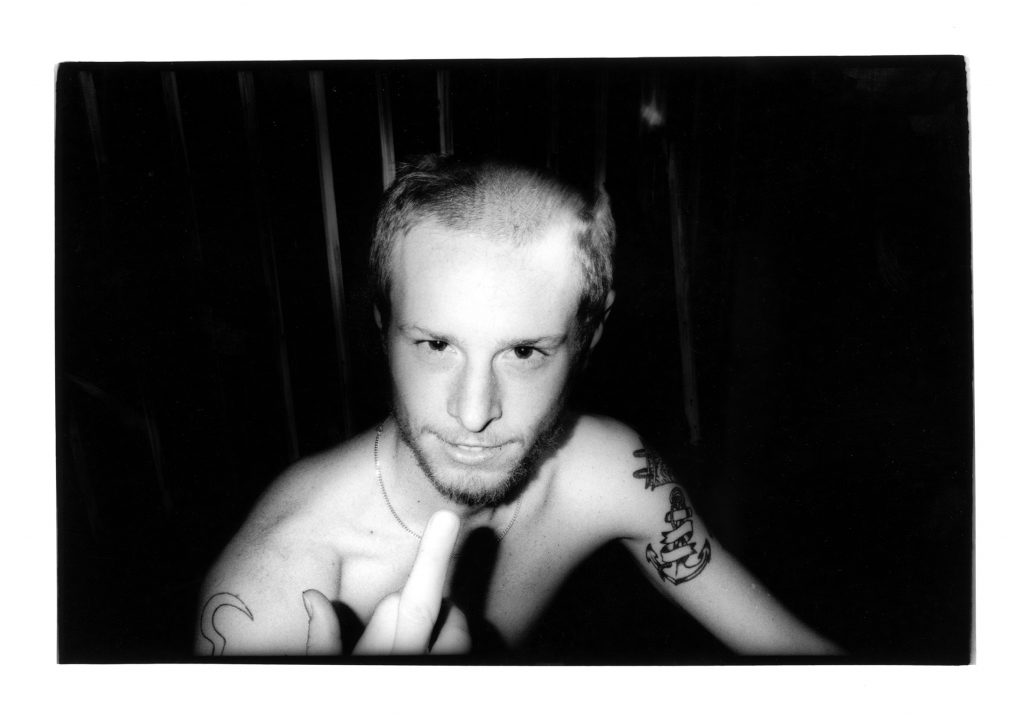 Tom Delion: I travelled to Japan in 2016 and 2017, both times I stayed for only a month. However in the short time I spent there I grew to love Japan.  Everything about the place; the people, the architecture, the culture and all the nuances that blew my mind as a bonafide Brit. 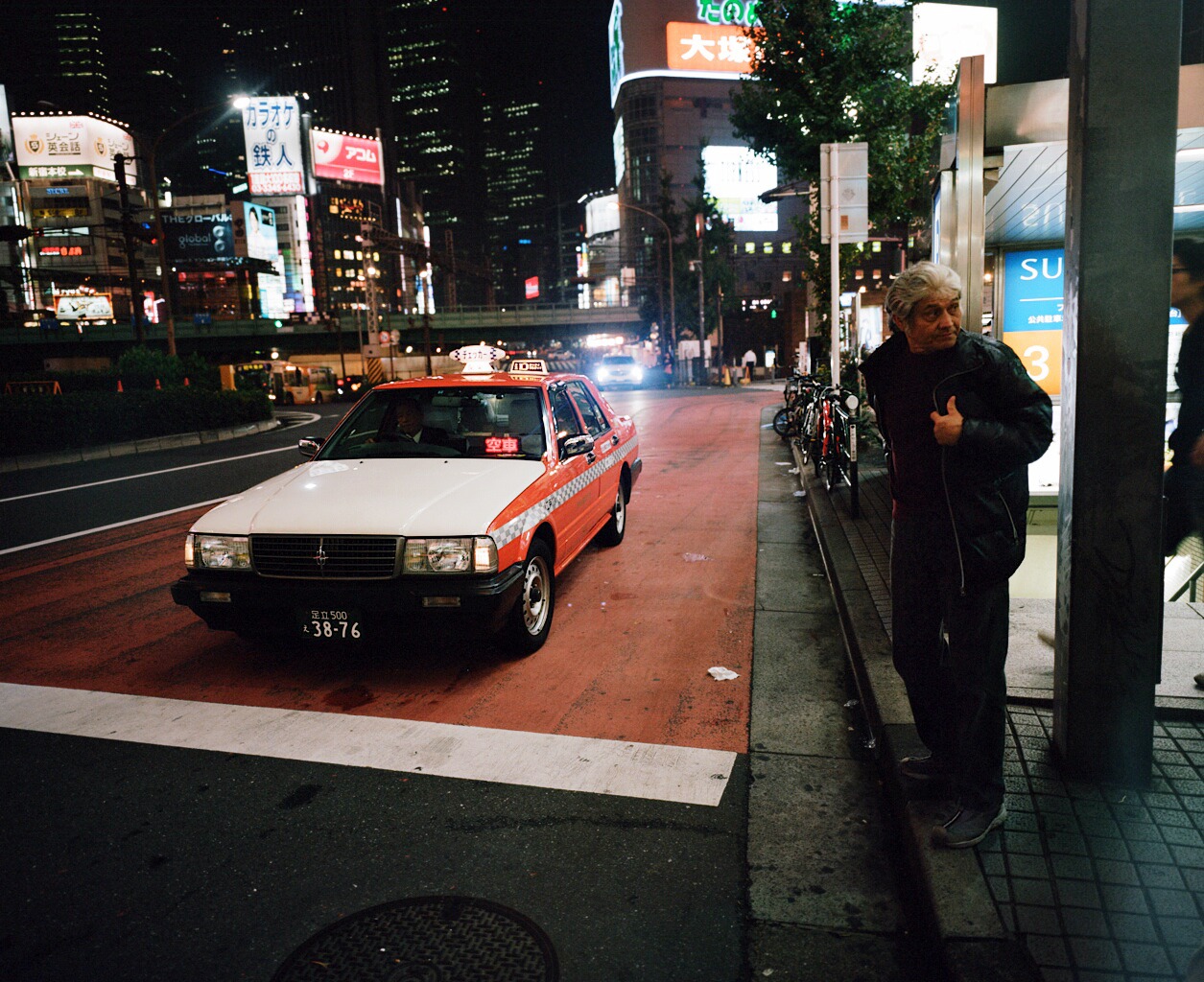 Despite in some ways being a world apart from England I found it incredibly easy to adapt to the Japanese way of life. However, the life of a skateboarder does not change drastically no matter what culture you are surrounded by and I would definitely be considered an alien to your average Tokyo going salary man. 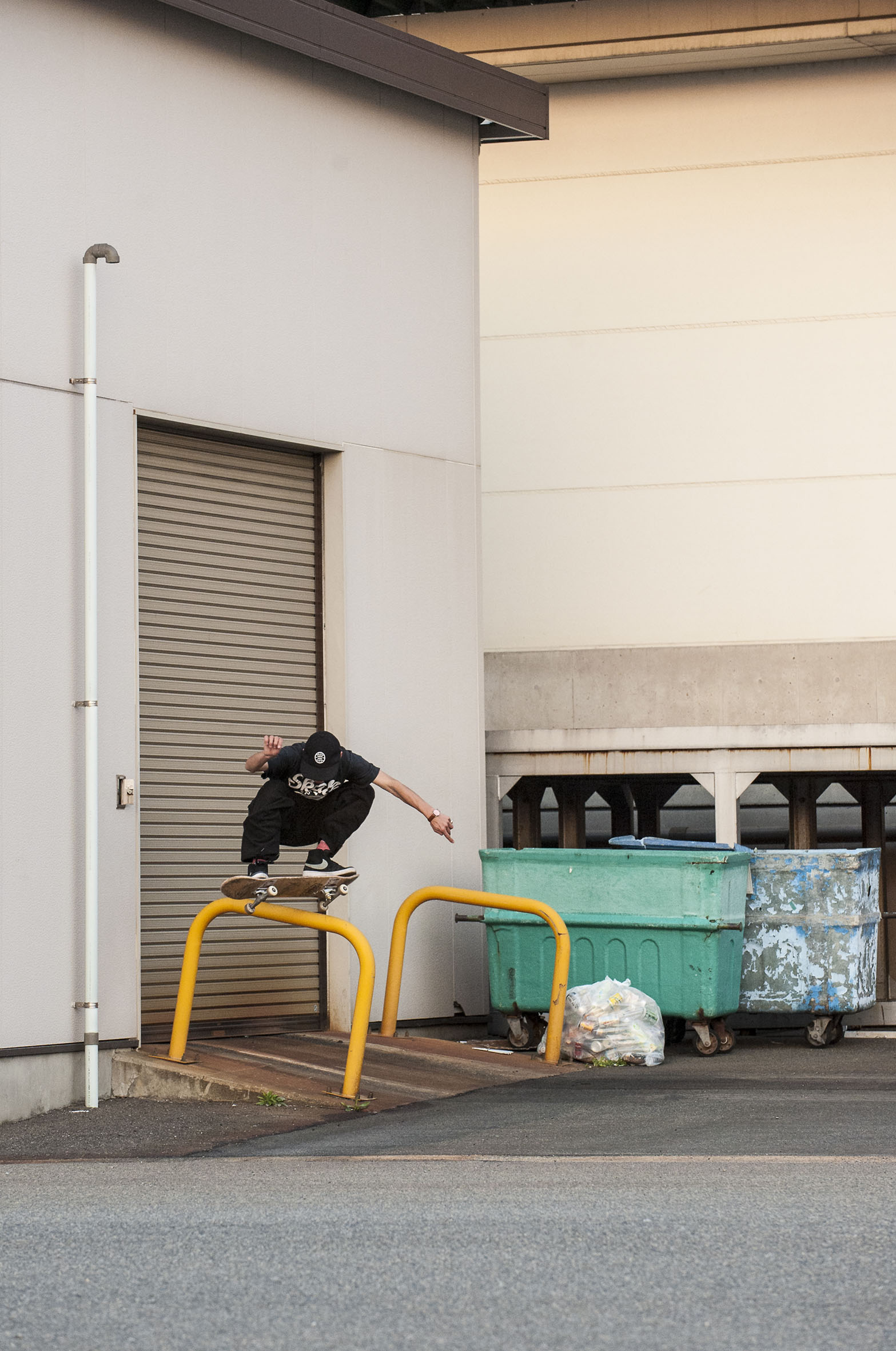 The point I am making is, being a skateboarder means that wherever you are in the world, you have a way in. A way to bypass being a normal tourist that goes to the expensive Ramen joints and sushi chains, but gets taken straight to the skater owned bar where your served the best Takoyaki with a cold beer whilst you wait for the ensuing all night skate session to start. 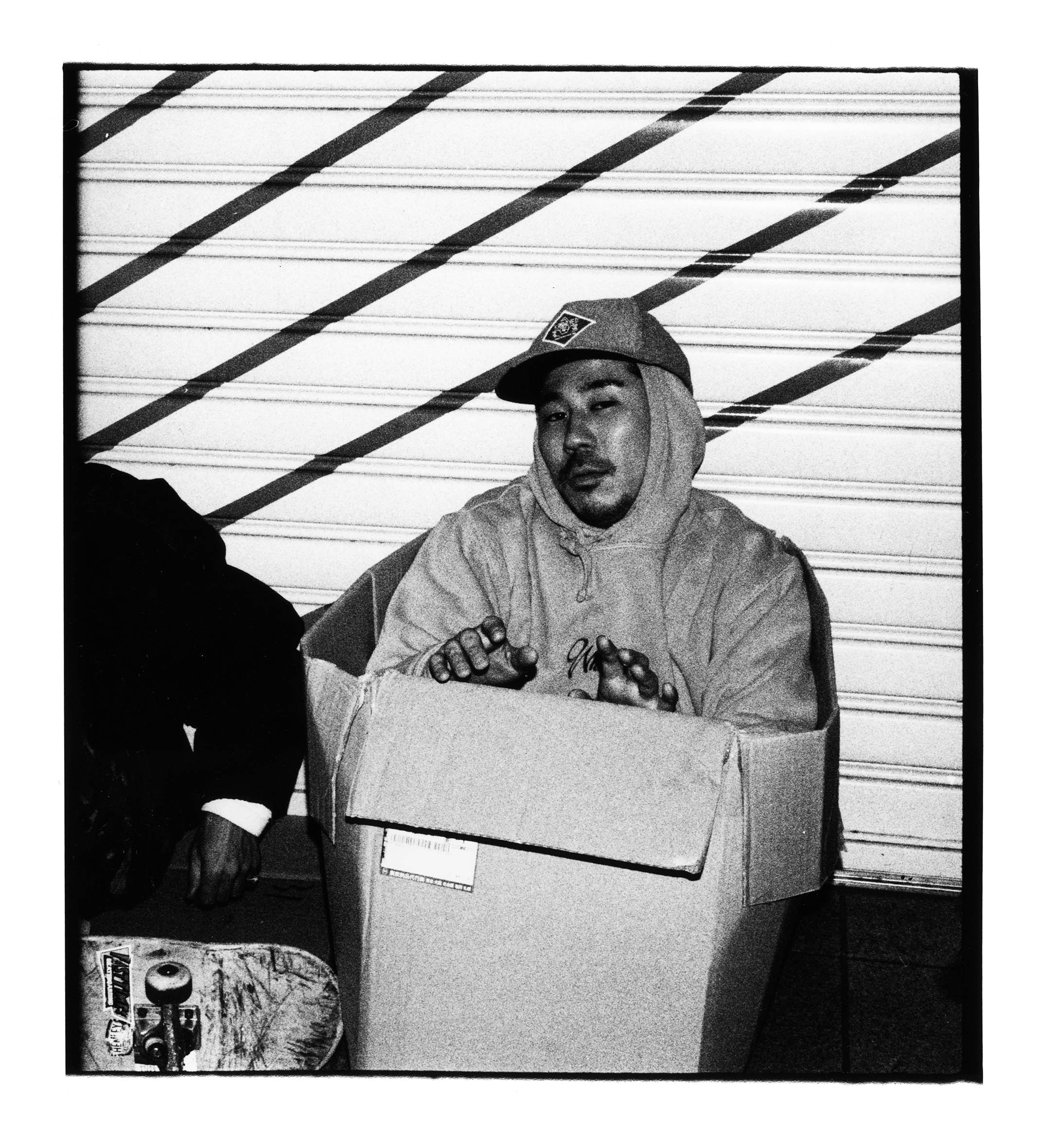 Graham Davies and George Booth Cole were both in Japan for long periods of time for reasons other than just being an ignorant skate-tourist and both of them settled into Japanese life rather comfortably. 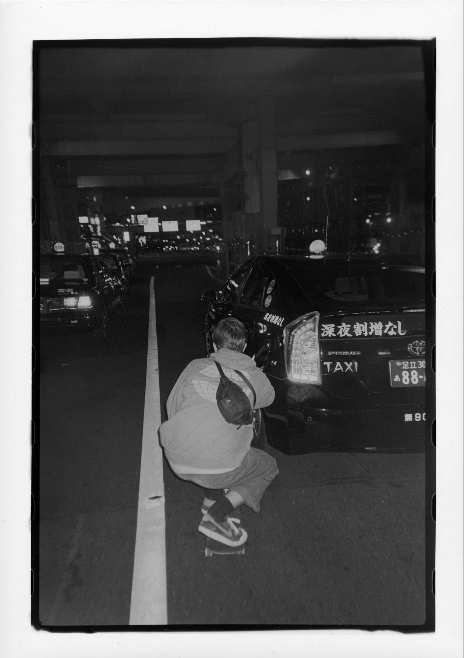 They both held down jobs, familiarising themselves with the language and the women 😉 . At some point during their stay, in between my first and second visit they picked up a VX and fisheye. 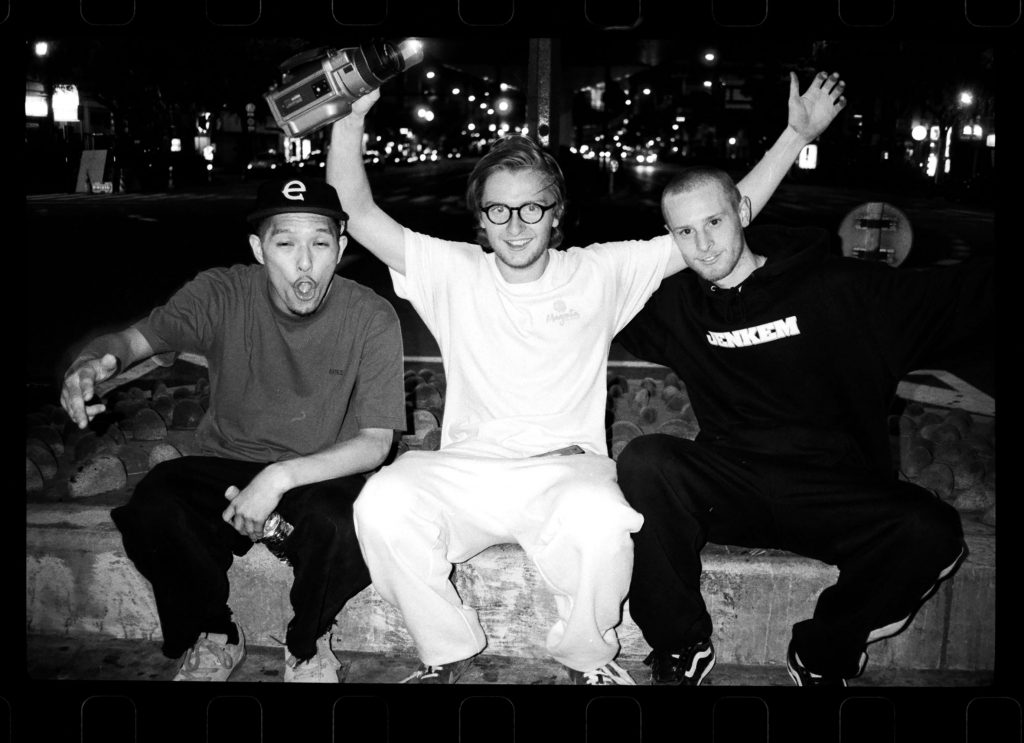 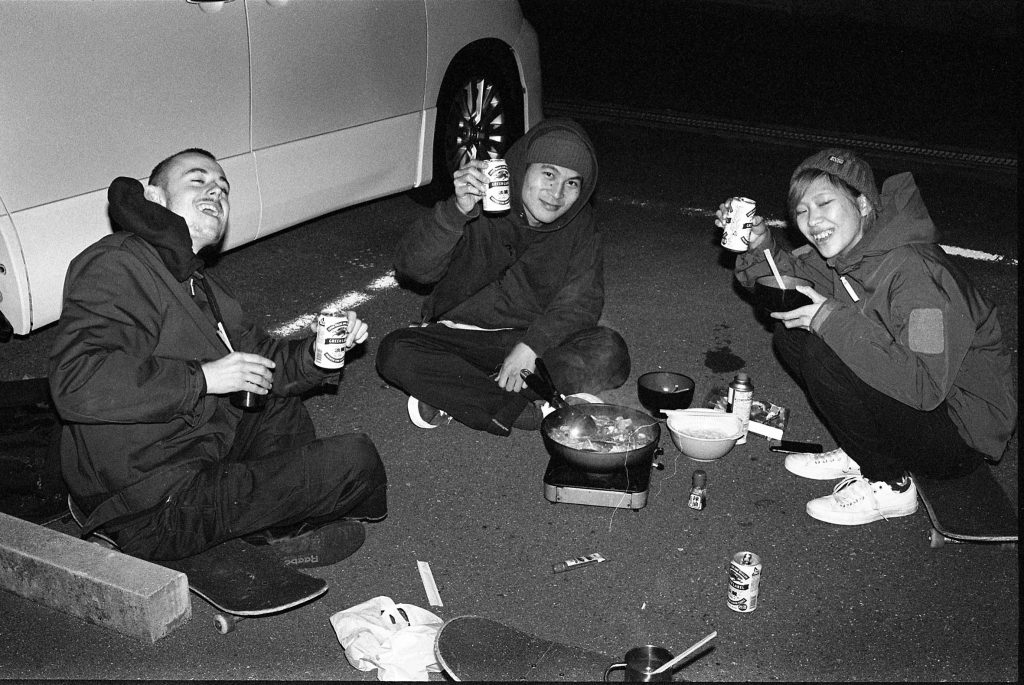 They began documenting the locals that they were skating with from Osaka and Tokyo. When I found out this was going down I was definitely even more excited to get back out there and document some of the night missions that I associated with Japanese skateboarding. 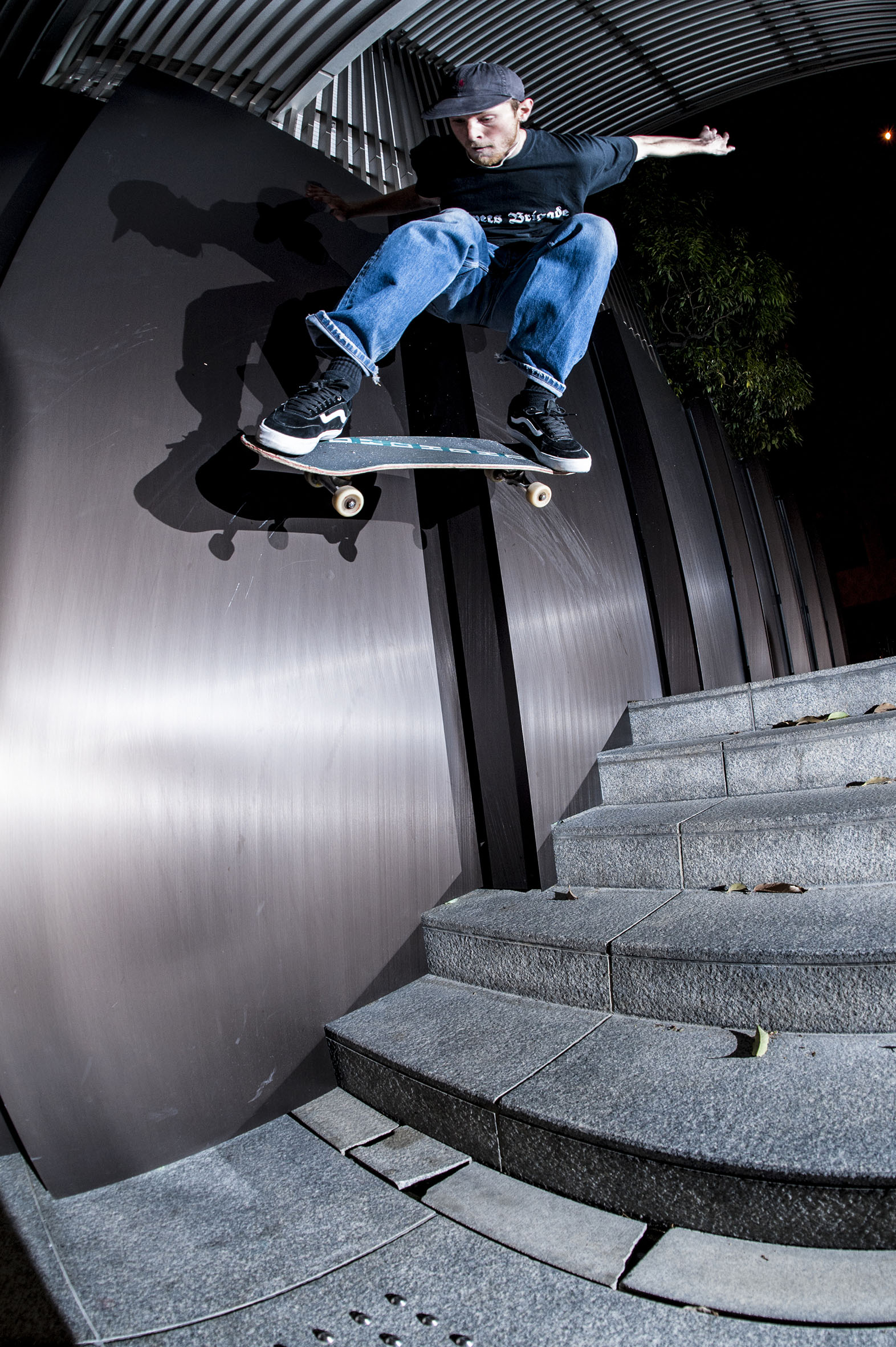 Below is an excerpt from Graham Davies himself explaining how the edit accidentally came about:

Graham Davies: I had been living in Japan for 6 months when George came over and stayed with me in Tokyo. At that time I was staying in a tiny little room near Akihabara, the nerd capital of Japan, and while I went to work during the day George would go out shooting. 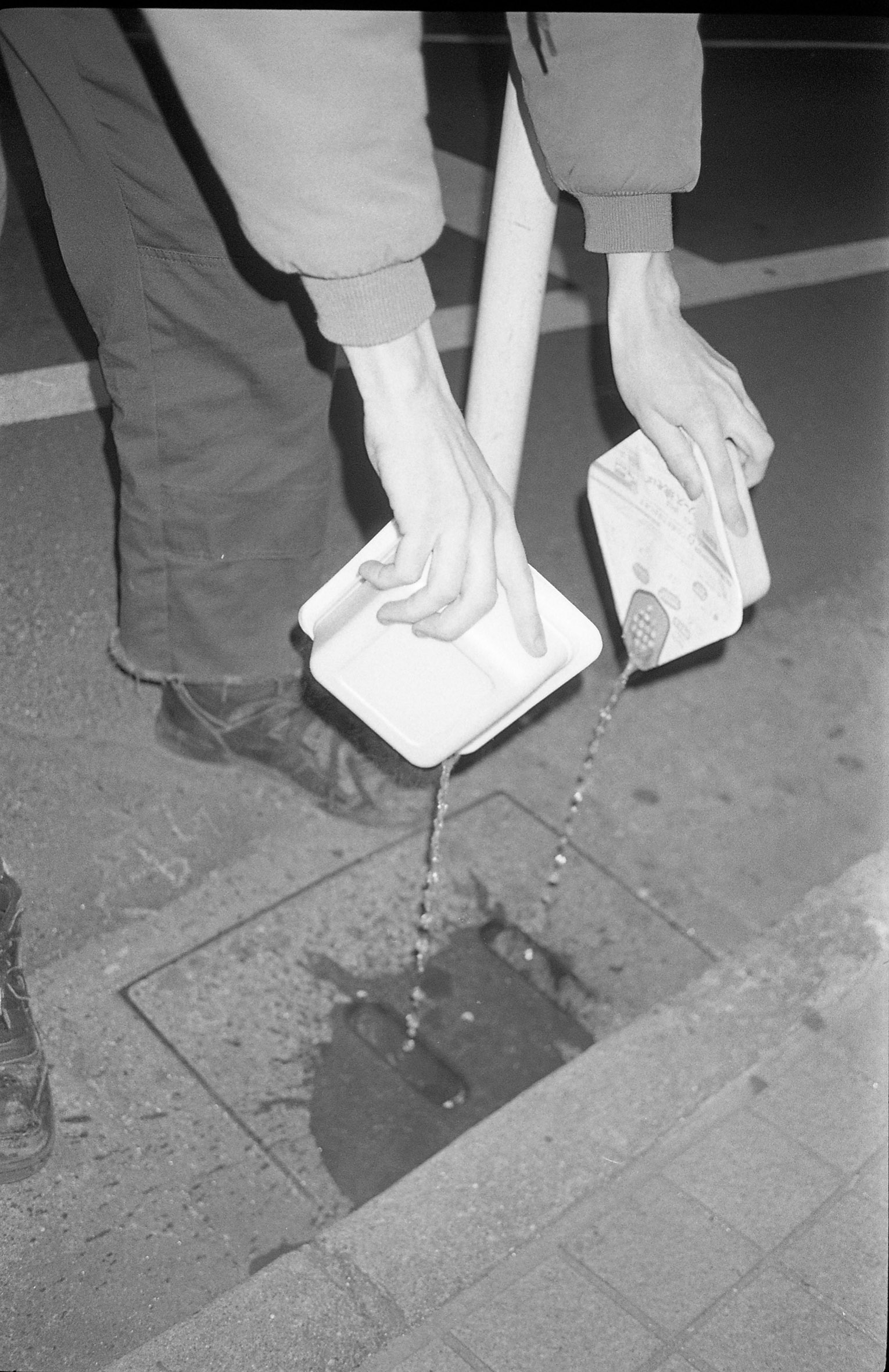 On his explorations he found a crazy little camera shop packed to the rafters with old and probably broken cameras, including 5 VX’s high out of reach. George and I are both keen photographers but had never shot with a VX or put together any kind of edit. 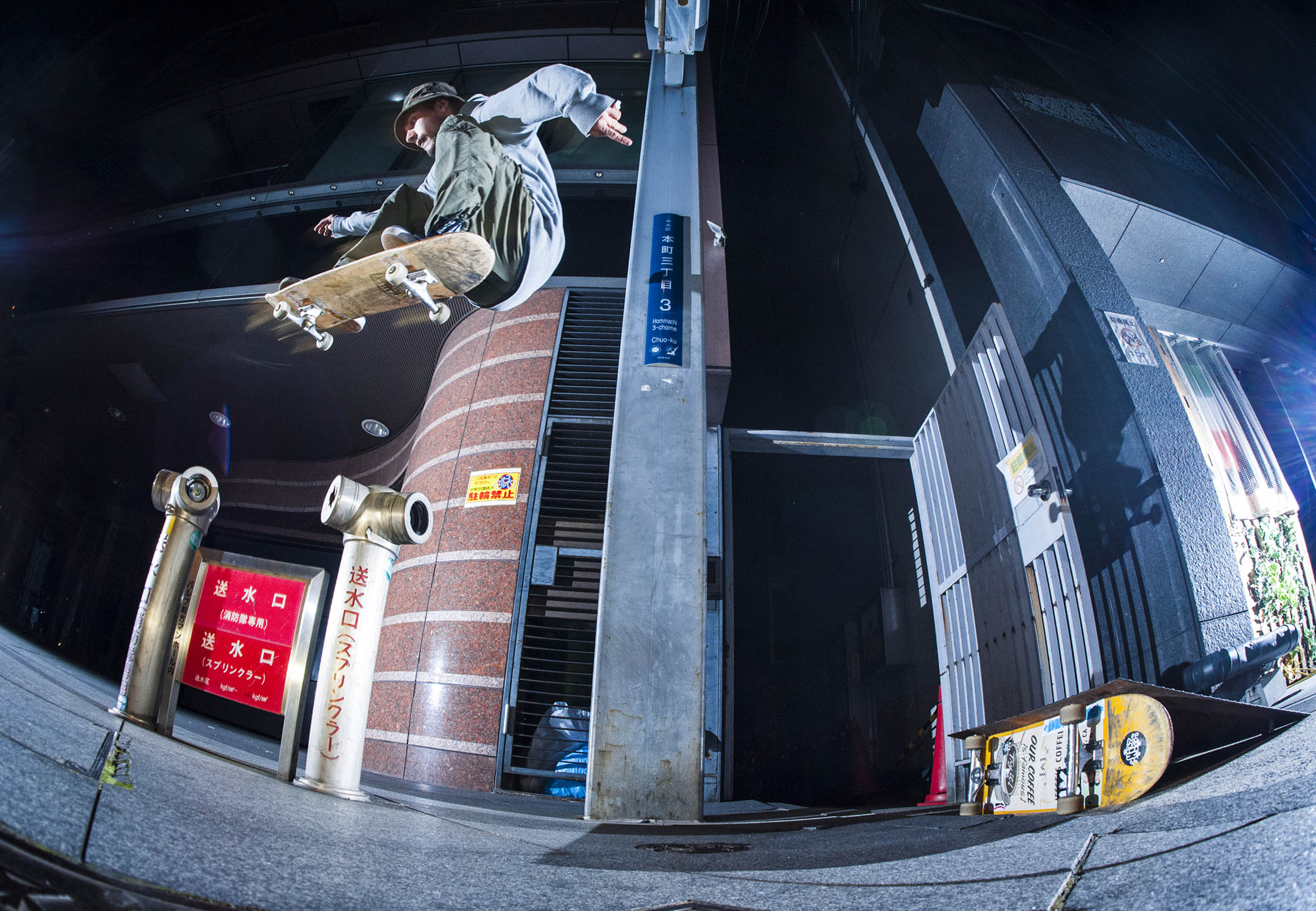 Somehow the allure of being so far away from home mixed with skating the most insane spots motivated us to document our skating. Before I knew it we had put together a full setup with a fisheye imported from the US and VX2 batteries modded (safe George) for the VX1. 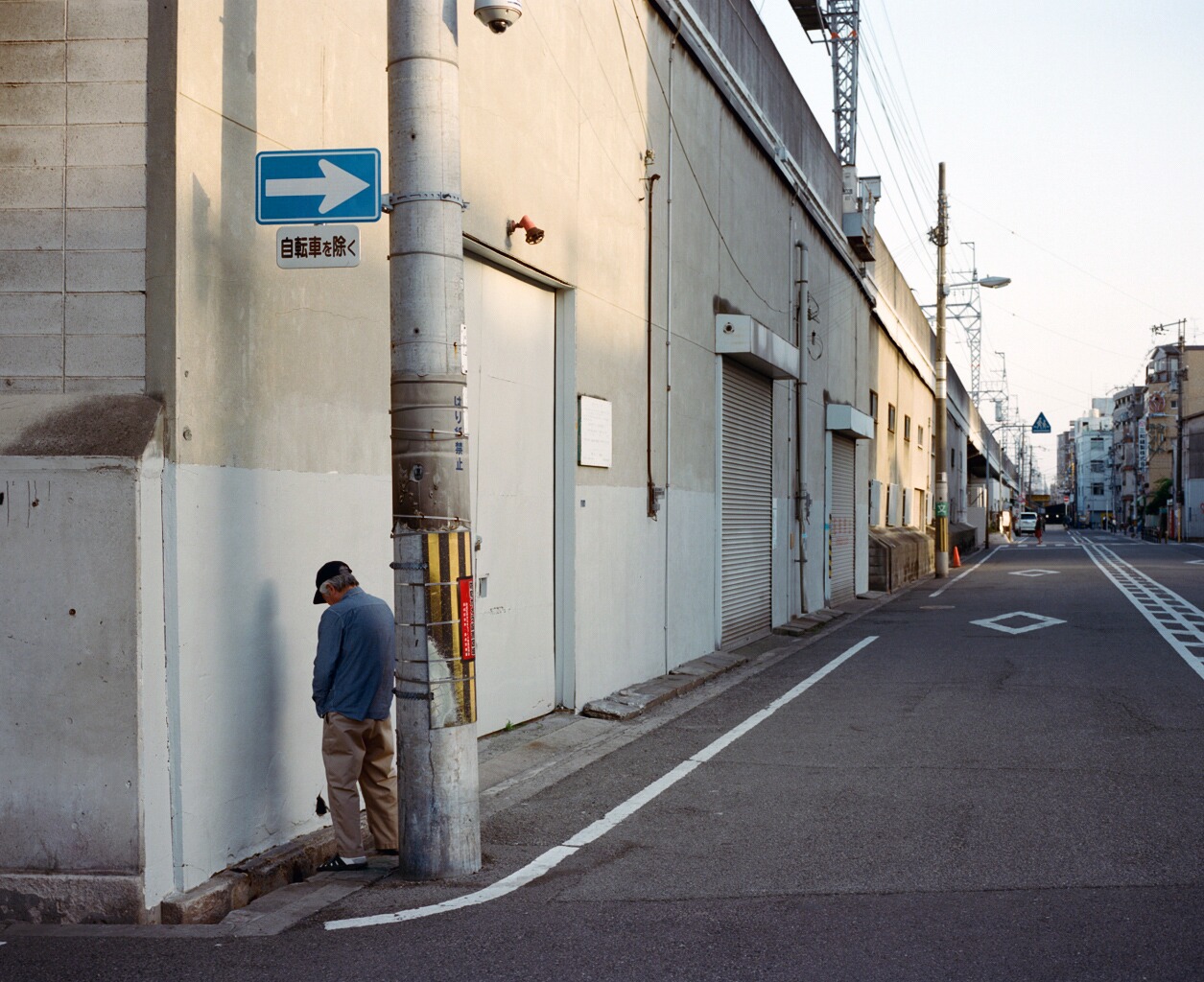 Initially we just went out and got footage with each other and friends as we explored the streets of Osaka and Tokyo but, after lengthy visits from Darwin and Tom, who both stacked serious amounts of footage for their time there, we realised we could put a full edit together. 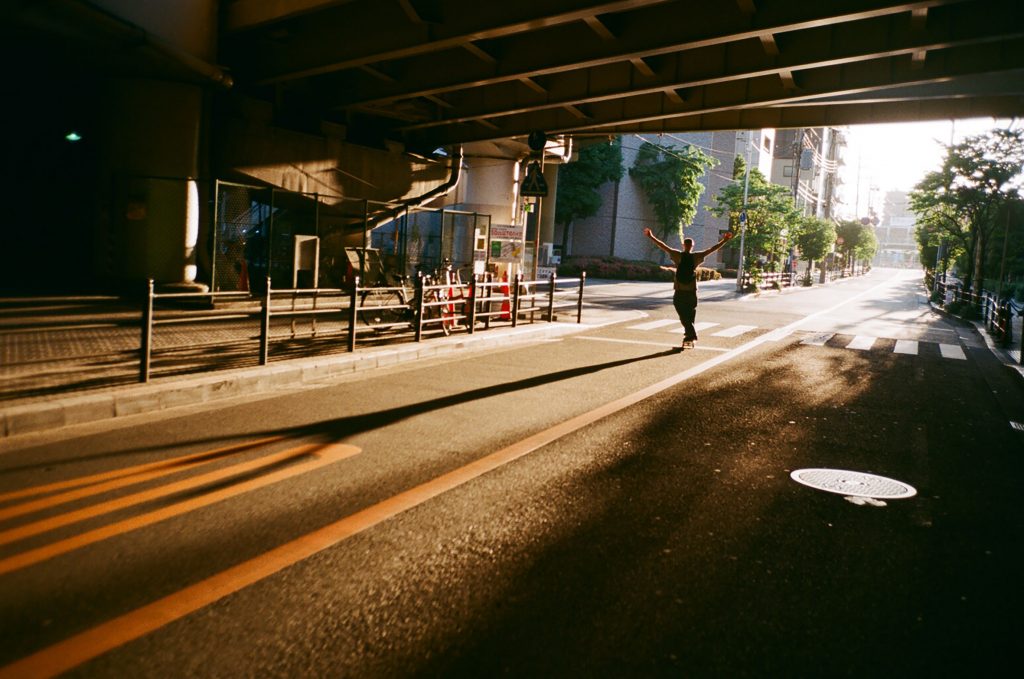 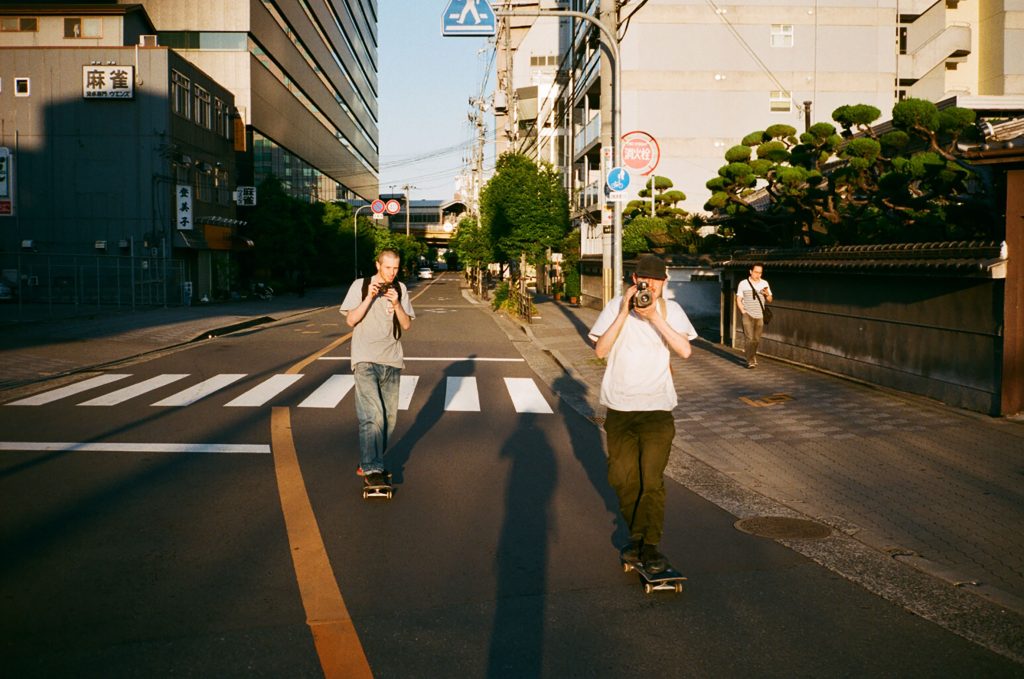 The skate scene in Japan is so rad and everyone is down to film, we tried to reflect the diversity in our edit; gnarly hammers mixed with drunken flatground sessions and triangle park wizardry. 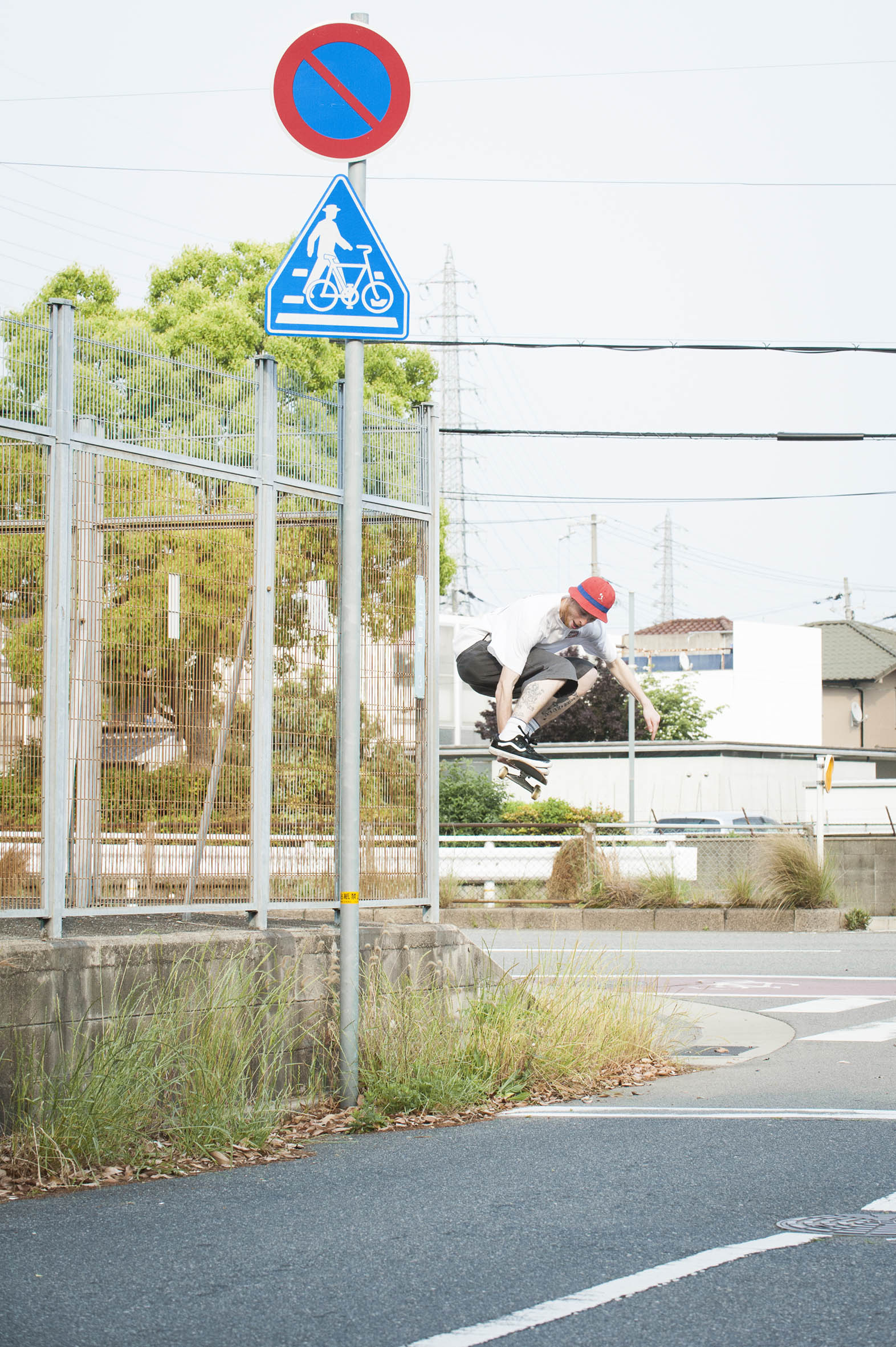 Massive thanks to everyone we met there especially Masa, OG and Dai who hooked it up like crazy. 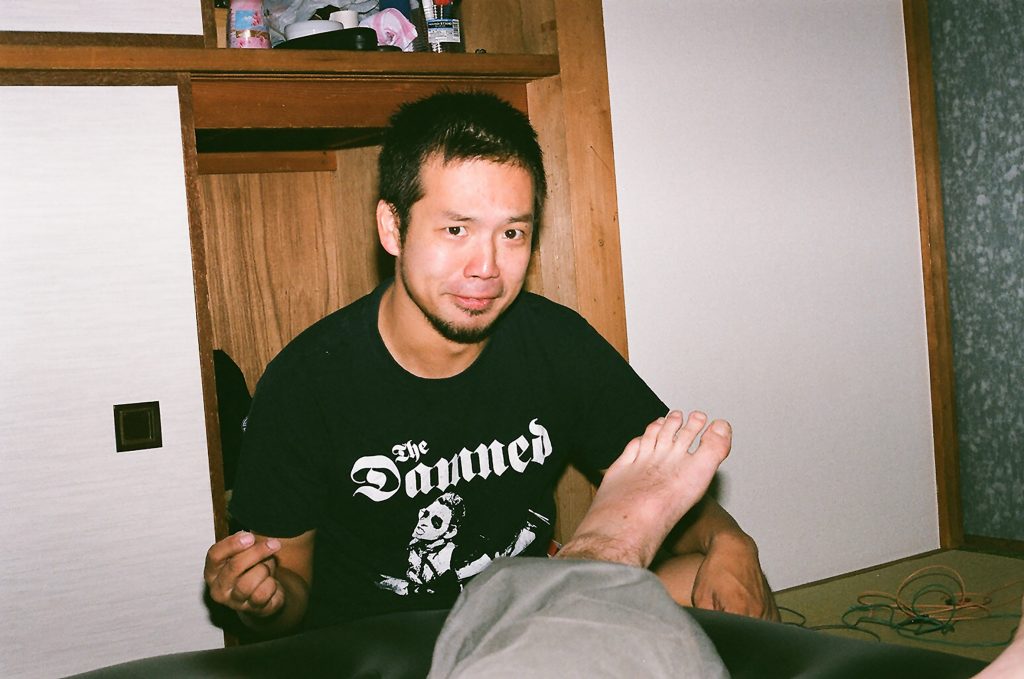 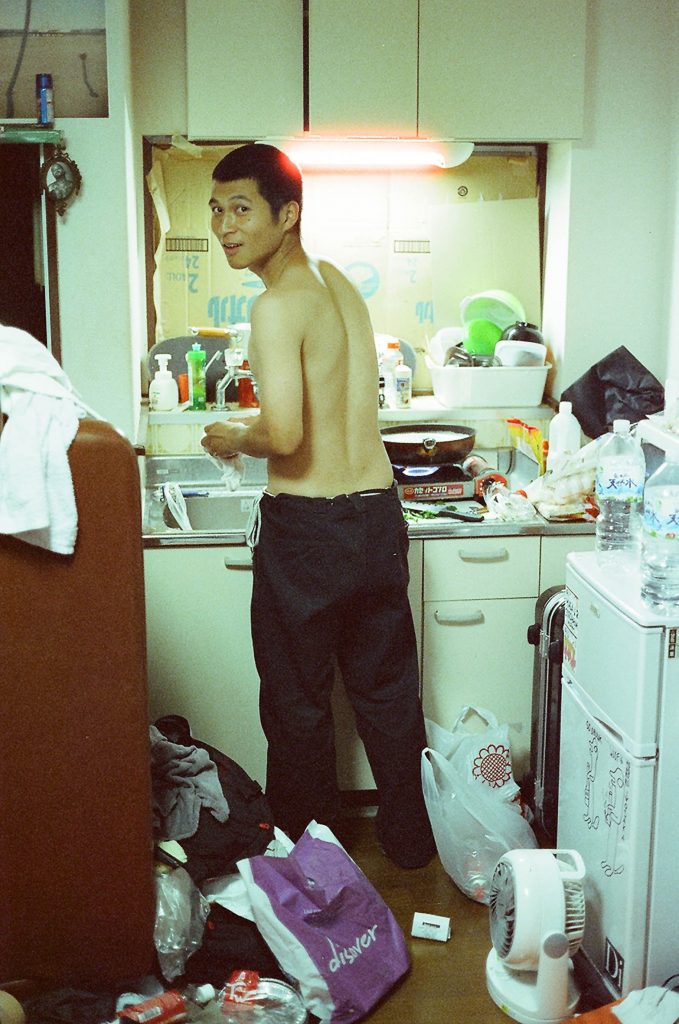 Shout outs also to all the homies I skated with but didn’t get a chance to film with. To tantan men, 100 lawson, the 6am ting and everything else that made Japan so rad; ありがとうございました (Thank you very much) 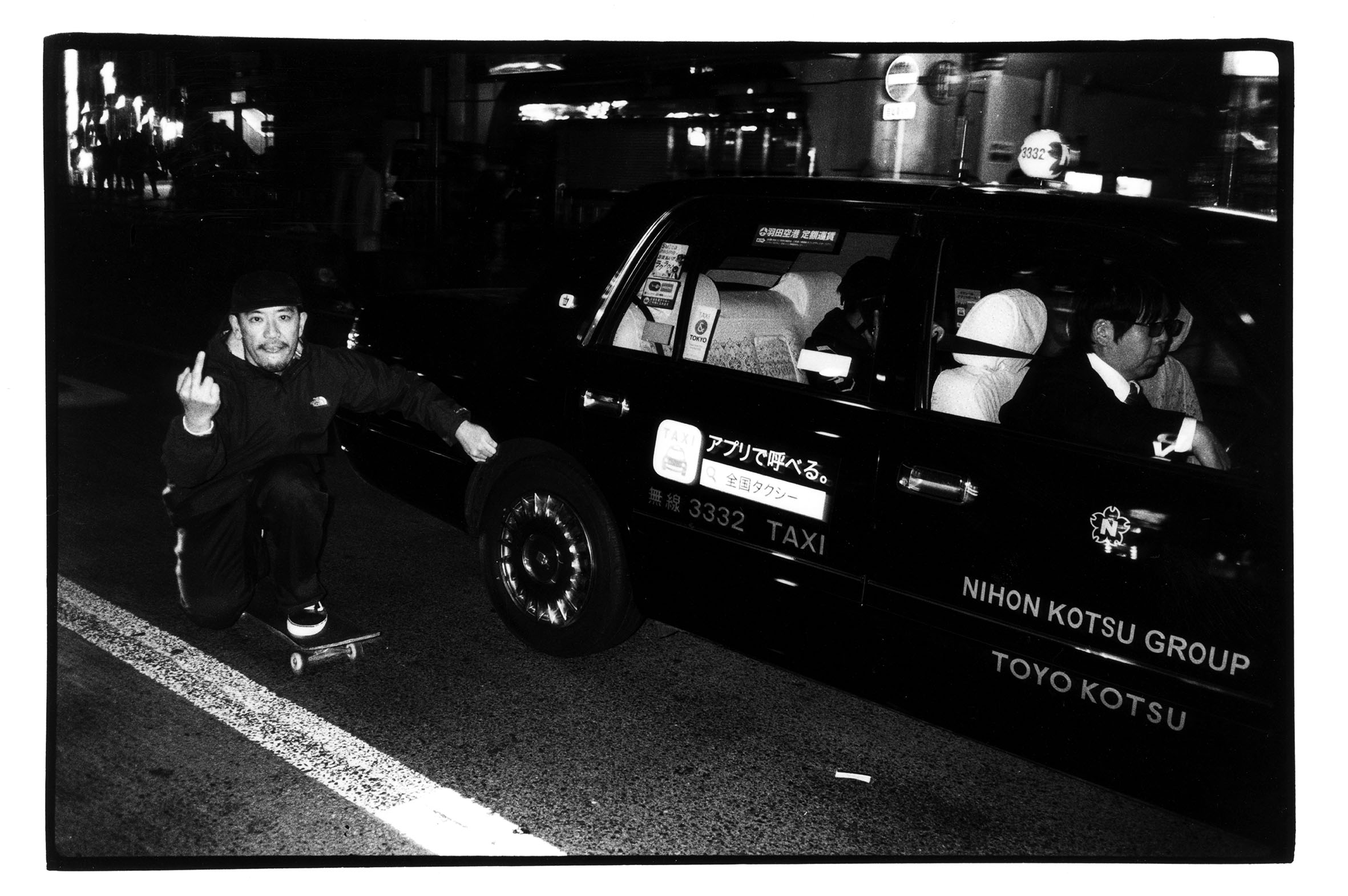 The Serious Adult crew hit up Rotterdam for 4 days.