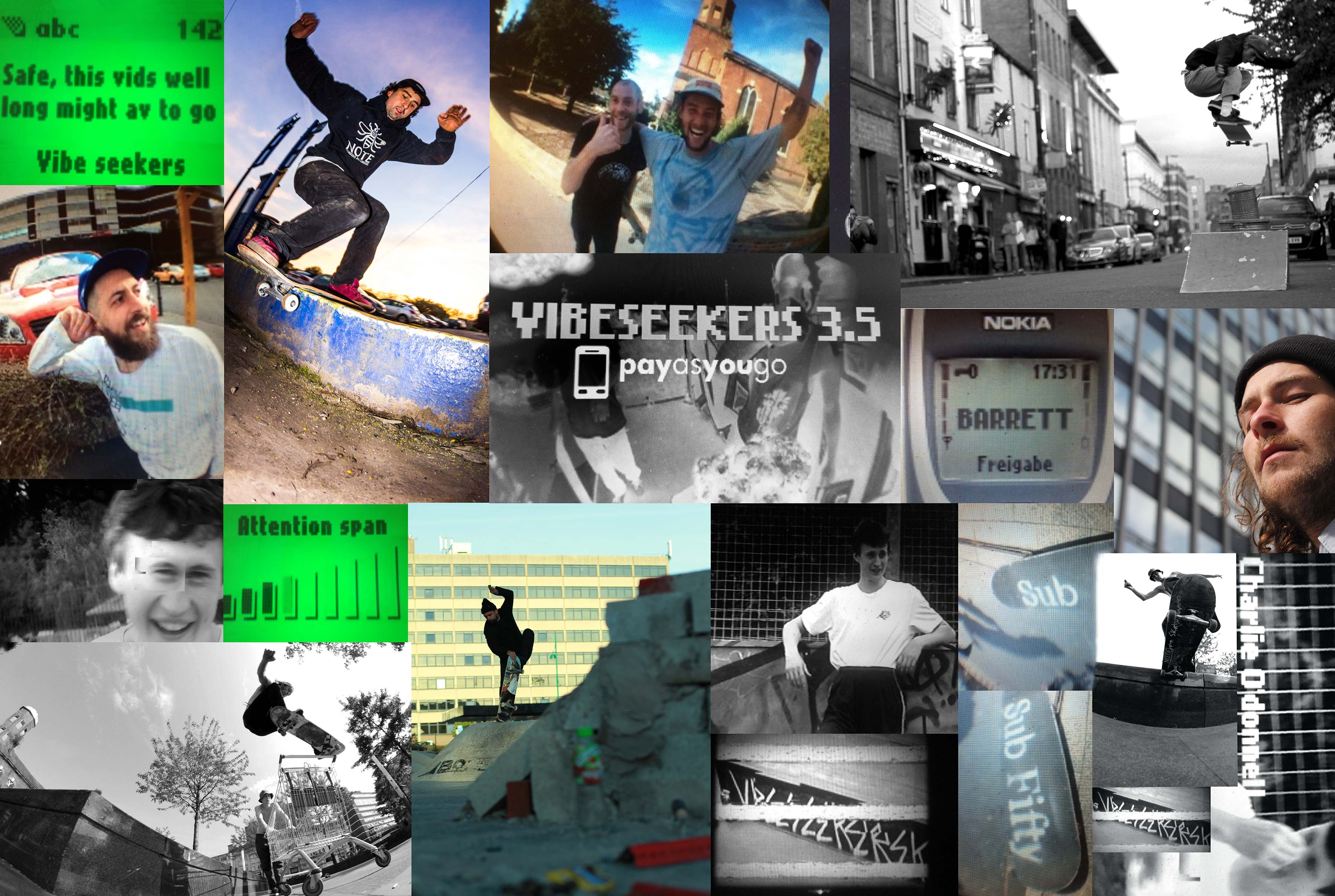 Vibeseekers 3.5 is the third in the vibeseekers series, who originally came up with the concept and how did it develop into the blockbuster success it is today?

The VibeSeekers came about after I changed Mark Kendrick’s form from job seekers to  “Vibe Seekers”. We were hyped and eventually we left to seek a local vibe. Vibeseekers is basically a complete piss take, we’re really not trying to make anything serious. It’s just a laugh, I’ve spent a lot of time being quite serious with skating and filming so it’s just a way of having fun no saga’s, no stress, just fun. 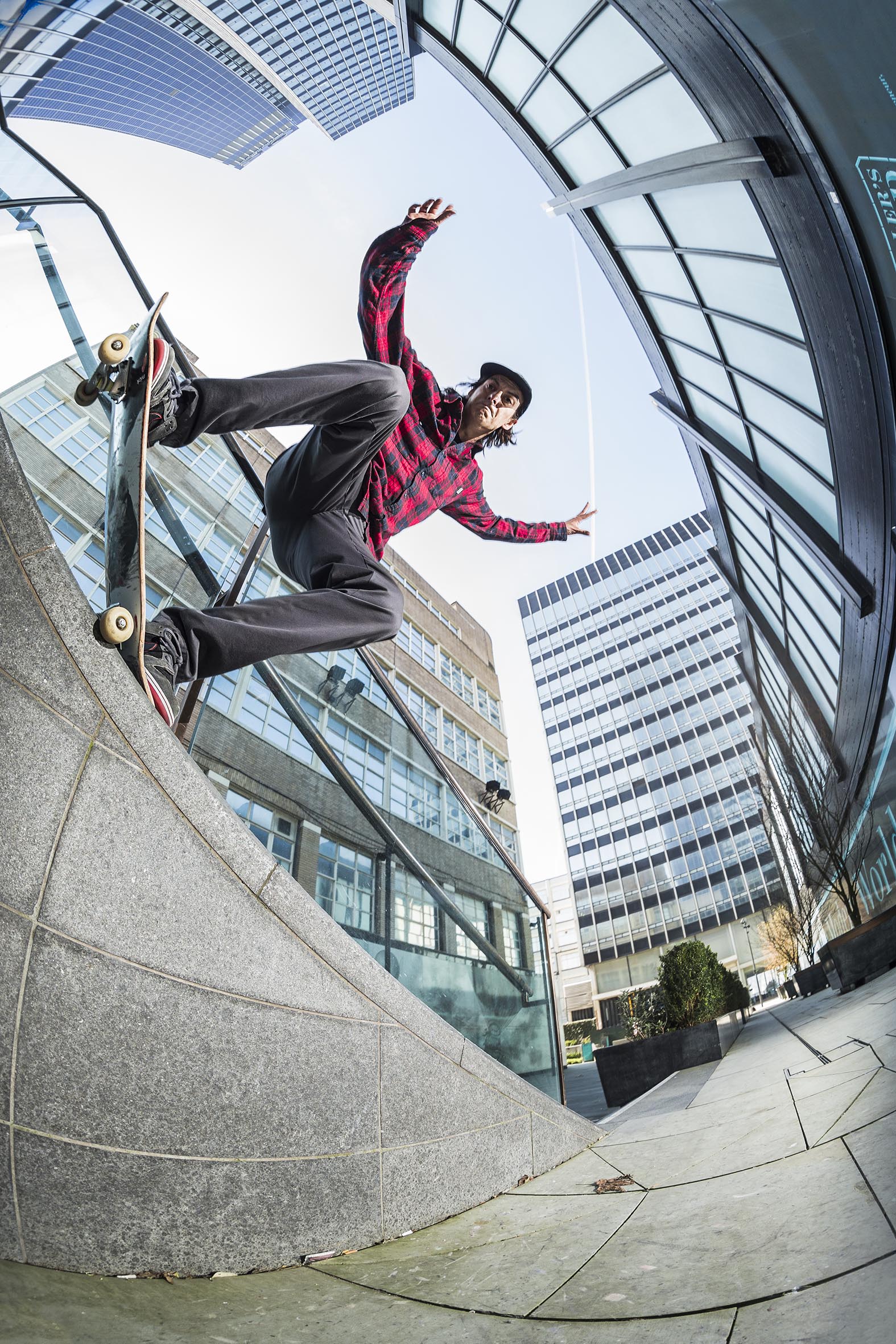 Do you think that any council officials have somehow seen the vids and now think that the shit parks a complete success / could use it as leverage to propose more shit parks by nice rural retreats?

Hope not, although I can see that happening. It could be seen as a success for them but it’s totally not. Pretty much all council built skateparks in and around Manchester are shit but there’s something challenging and fun about trying to skate them, And yeah even if it’s the worst its a fun mission. But yeah for ‘Pay As You Go’ we tried out a new modern, illegal form called “street style”.

I got a bit over filming stuff for Instagram and don’t really get the same enjoyment off small 15 second projects or even  1 min clips that are good but have absolutely no vibe, or even your mates will forget that clip ever even happened … With a full length piece you can capture a whole years worth of good times and you and your friends can remember and watch TOGETHER. Remember that? When you all would concentrate on the same entertainment and talk about it. 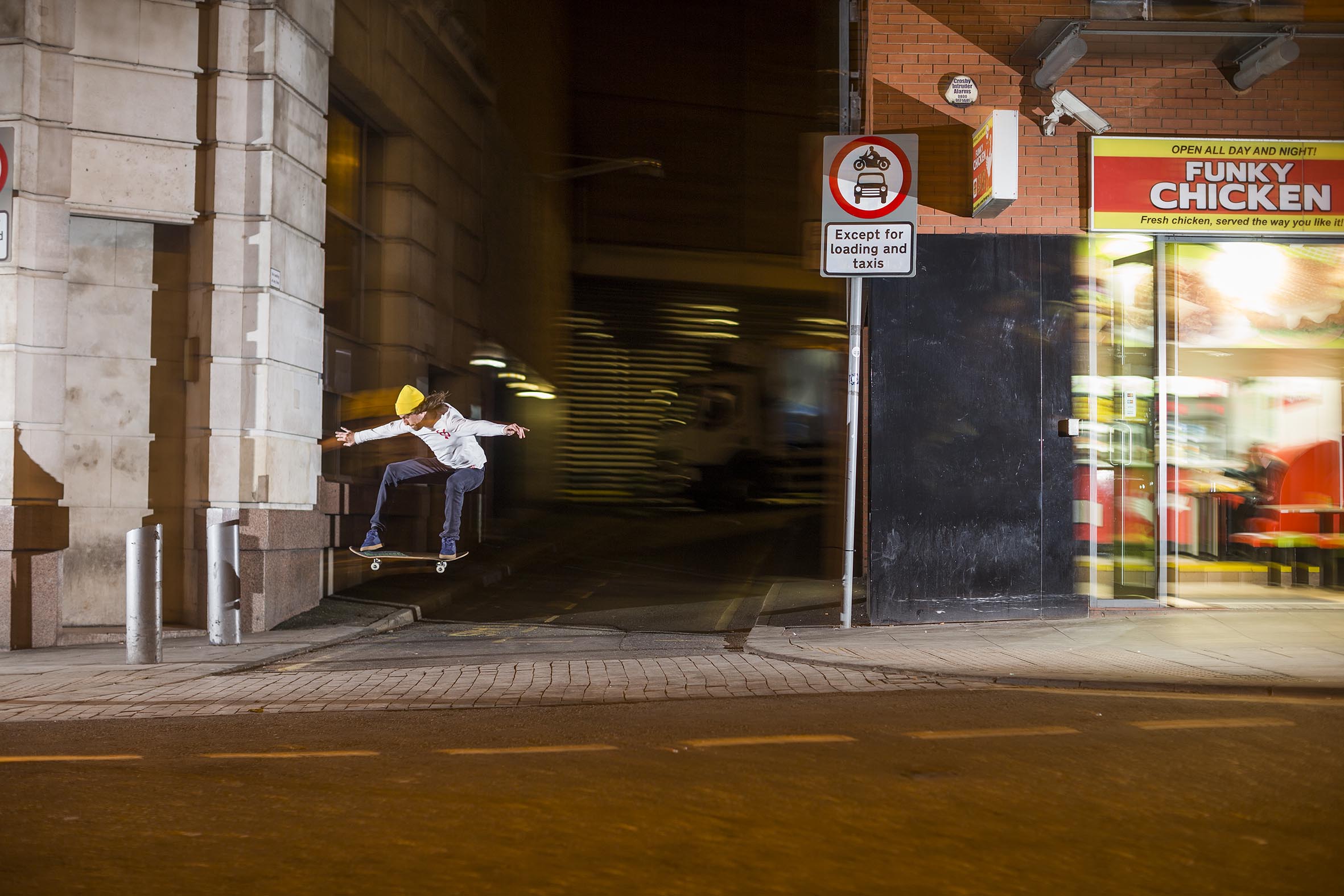 Are there ever plans to take this concept internationally, signing shirts of those of everyone in sight and being general rockstars?

Vibeseekers travel all the time but the skateparks are too good in Spain or whatever. In a nice hot country you kinda don’t need to seek any vibes… You found the vibe… Vibeseekers comes from when you’re desperate to make summit happen, so you cycle with Damo to a local spine in the rain, or Dom is so keen to log, that you go beast and film a manny trick. That proper desp UK Asda car park vibe. Pigeon to eagle type shit. 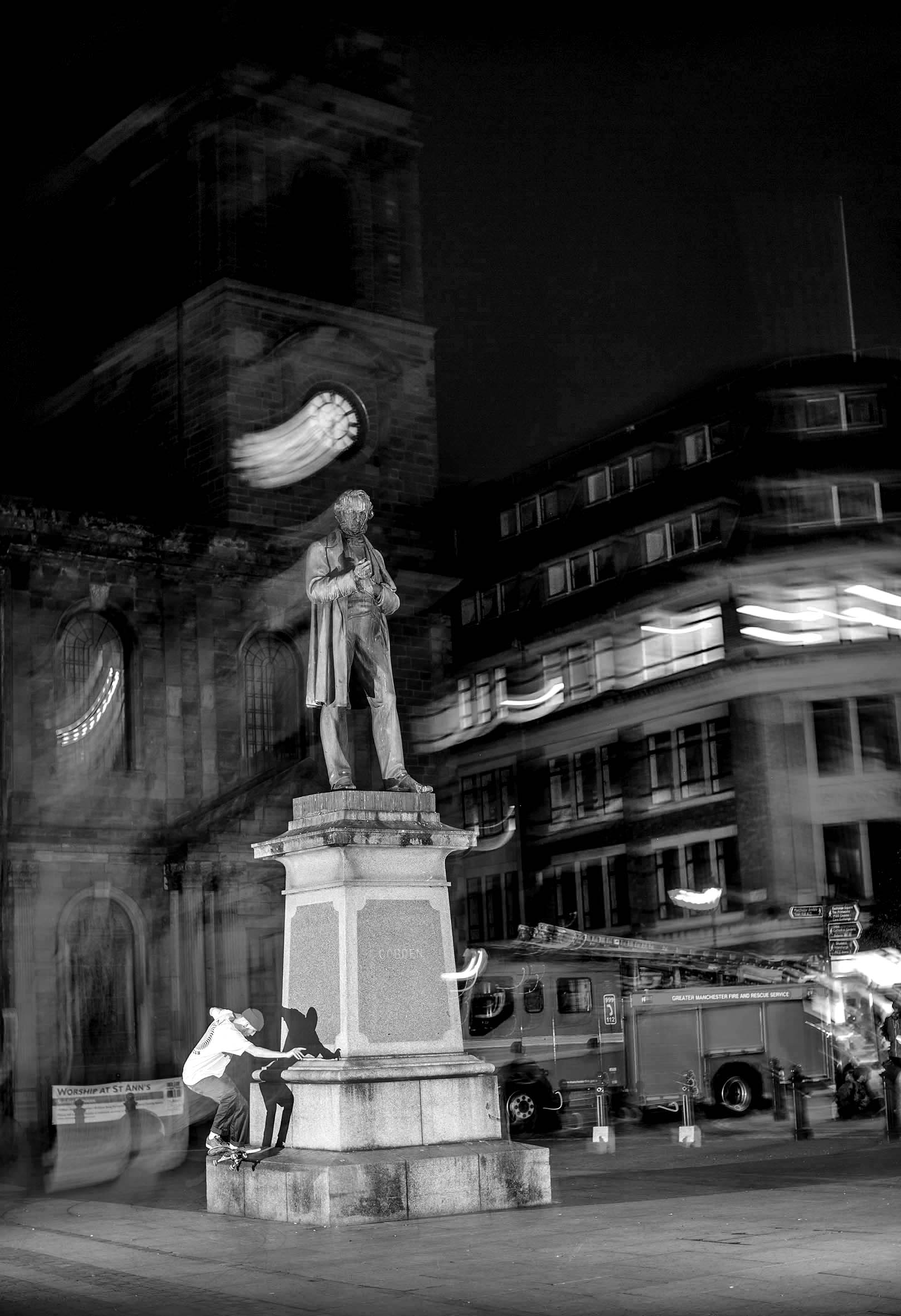 Are the skits spontaneous or do you go in with a certain idea? The Ben Grove demo in the previous Vibeseekers is too good!

What do you mean skits? Grove demo was real, that happens every week. 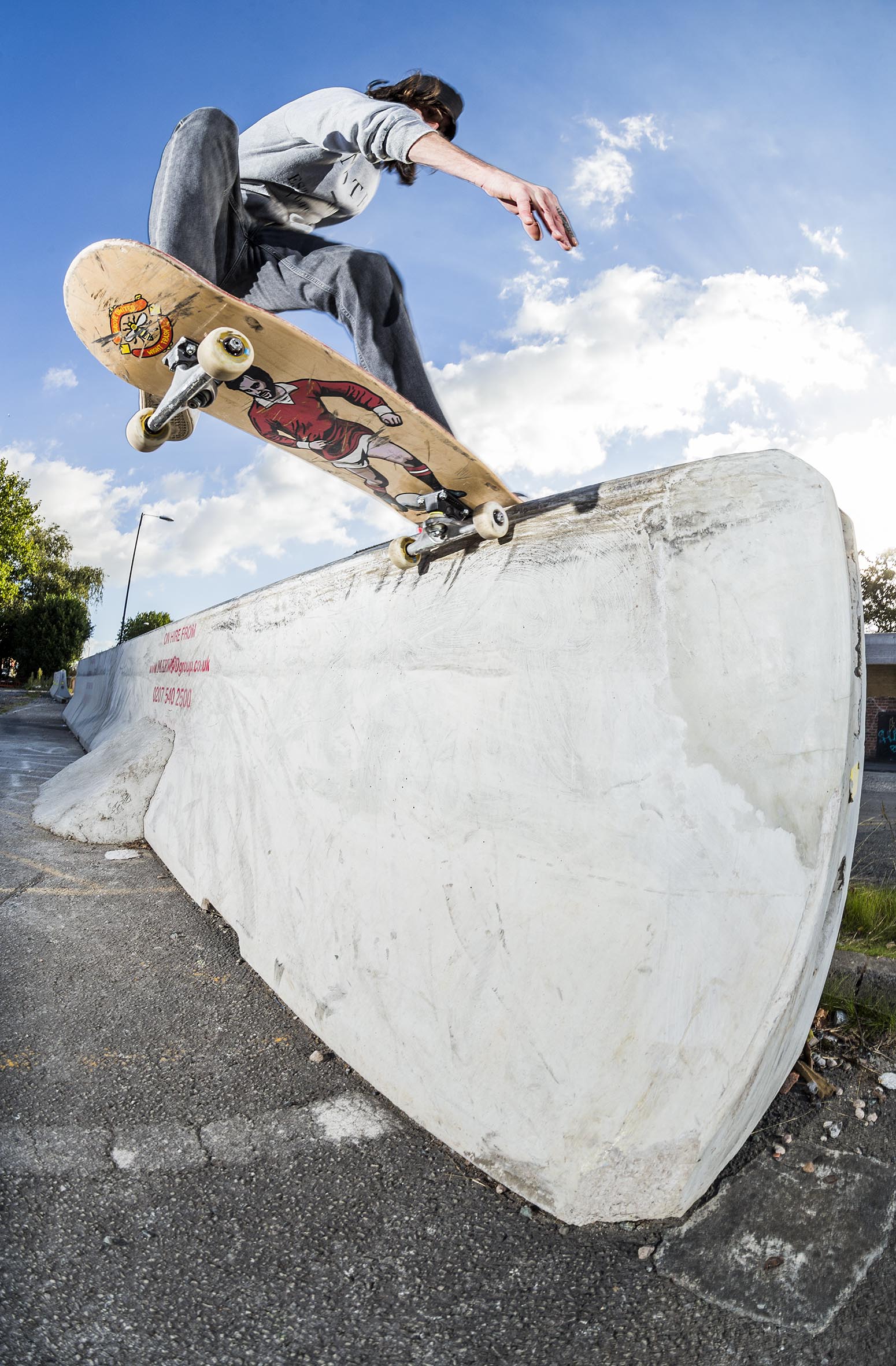 Who in your eyes was MVP of this video?

I really like working with Joe Gleave, also Ross Kemp is a solid actor, no bullshit. But I gotta say Stanners killed it to the point where I was gutted I hadn’t filmed some of his stuff properly … But the MVP’s for me will always be Gez Curran, Stu Reynolds and Dan Cintra. 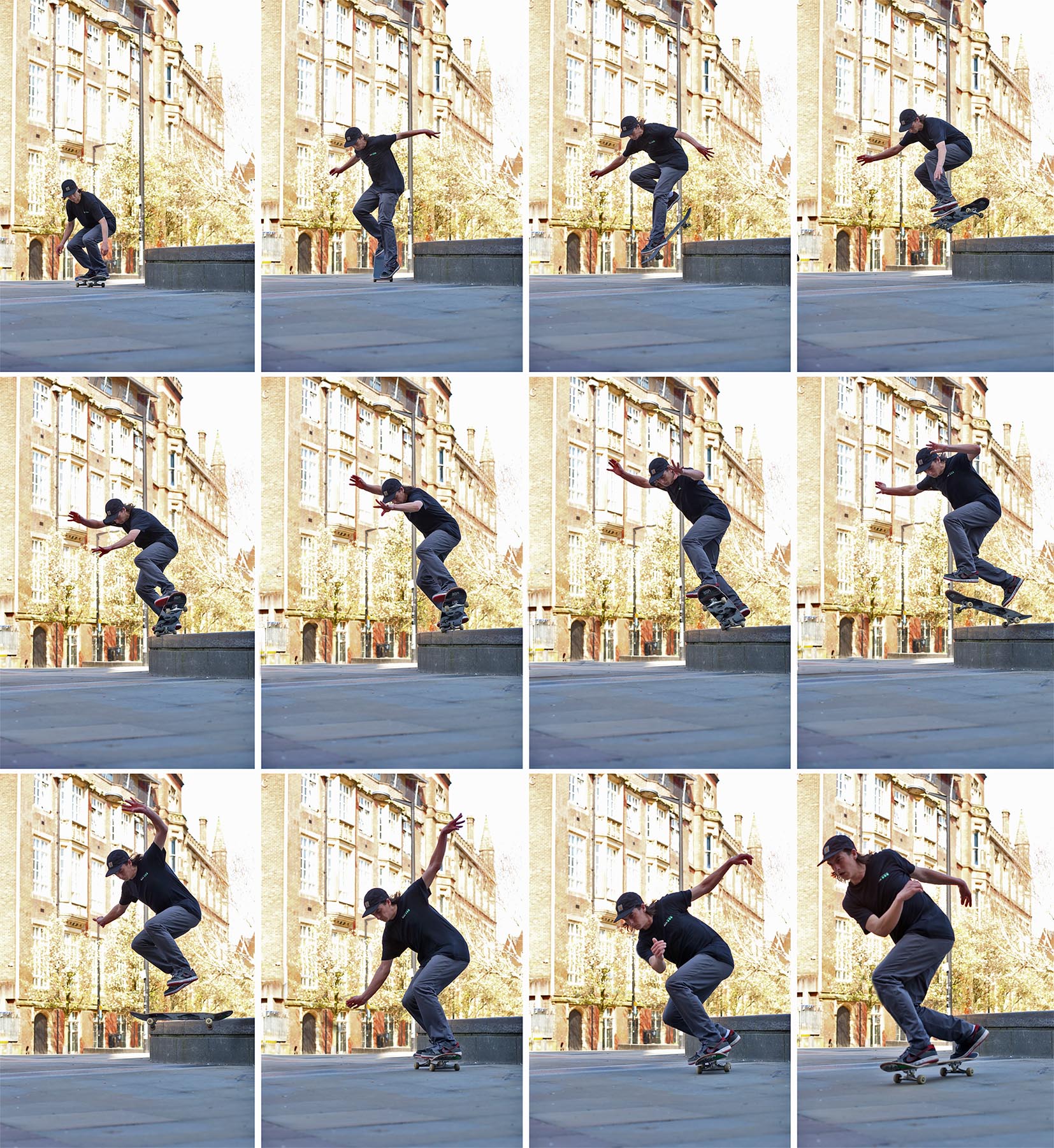 Aside from the hilarious end result, doing these projects must be so refreshing and fun, what were some of the other benefits of doing the vibeseekers series?

There are no immediate benefits really dude… I lose money and countless hours of my life editing and standing there filming, but I love it mate. Wouldn’t change the vibes for anything. But yeah honestly I skate a lot, filming, shooting photo’s and going on trips but sometimes that serious “who’s done what on this ledge” type of thing can get a bit too much. Skating is one of the funnest things you can be doing, so it’s important to just have a laugh and not take it too seriously. Plus I guess I kinda enjoy pushing my friends to get tricks like my mate Kev for example, I’ve filmed about 5 video parts with him when he probably wouldn’t of been that bothered about filming at all, he would of done that shit anyway maybe with a go pro on his head… But as a 30 year old now he can sit back and watch his 20’s and I find that kinda satisfying, they will thank me in the future.. Ha! 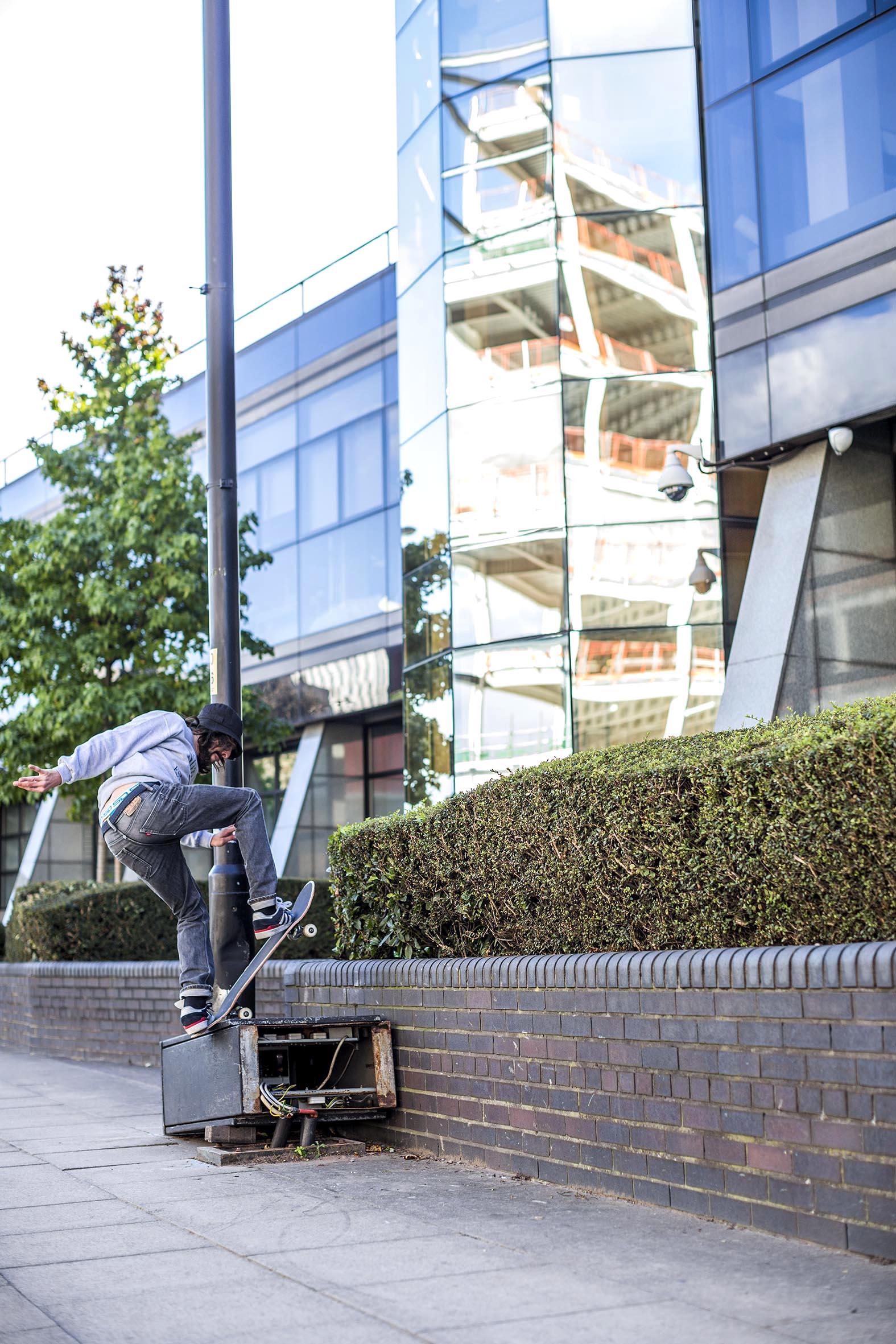 What were some of your personal highlights from VB 3.5 and what were the best and worst parks you skated?

Personal Highlights include Damo’s alleyoop swan lake tail slide opener, Charlie and Nev skating to Freddy Mercury, day’s with John Bell, Cinch’s after effects fart, Nano’s bmx track slam. We kinda didn’t skate too many parks this time but maybe the DIY “BONES” we’ve built it so its the best and worst haha. 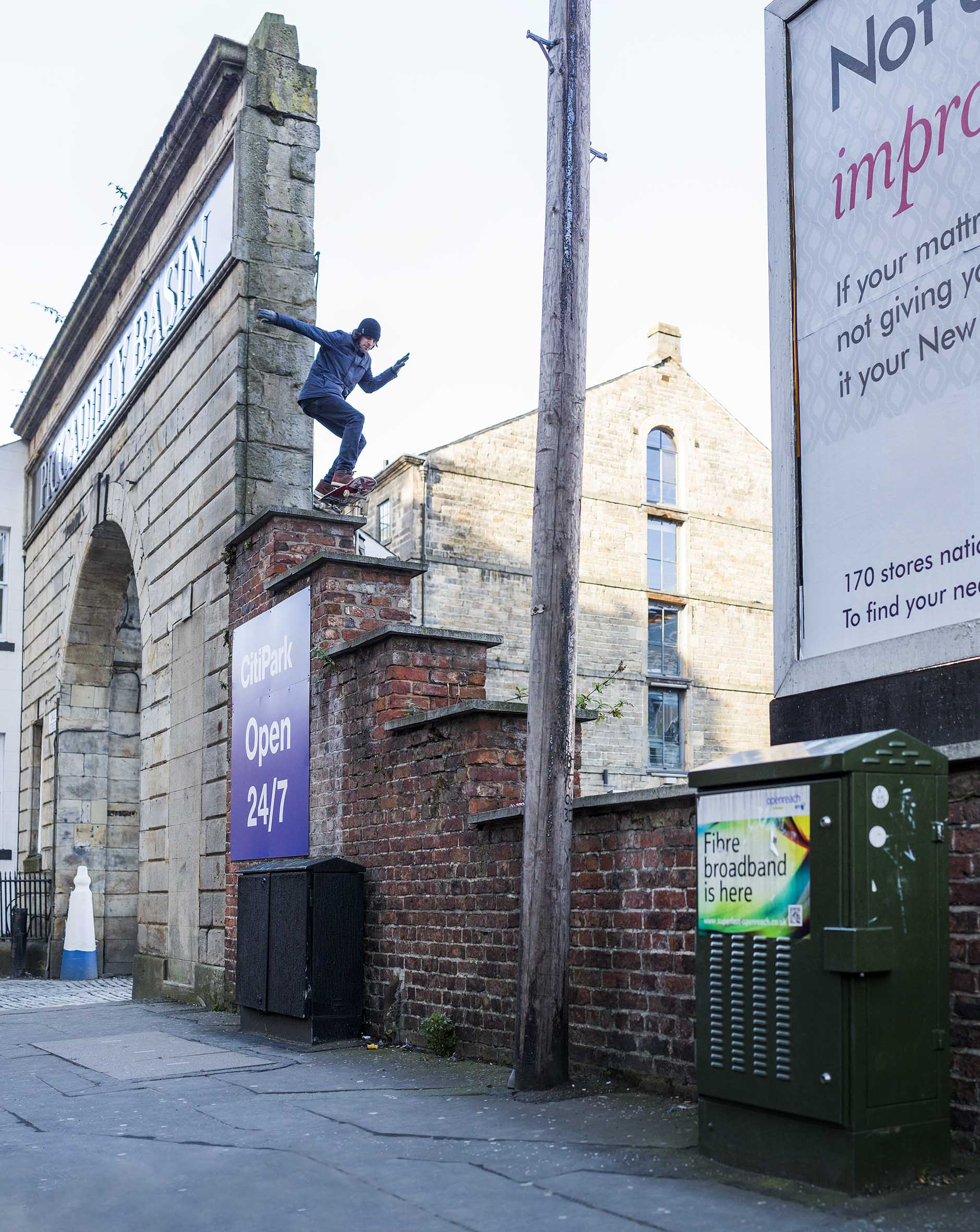 Will there be a Vibeseekers 4G?

Vibeseekers 4G is in the works as a smaller type thing. Then yeah another year wasted on Vibeseekers 5.4.

Cheers to Joe and all those who seek the vibe! 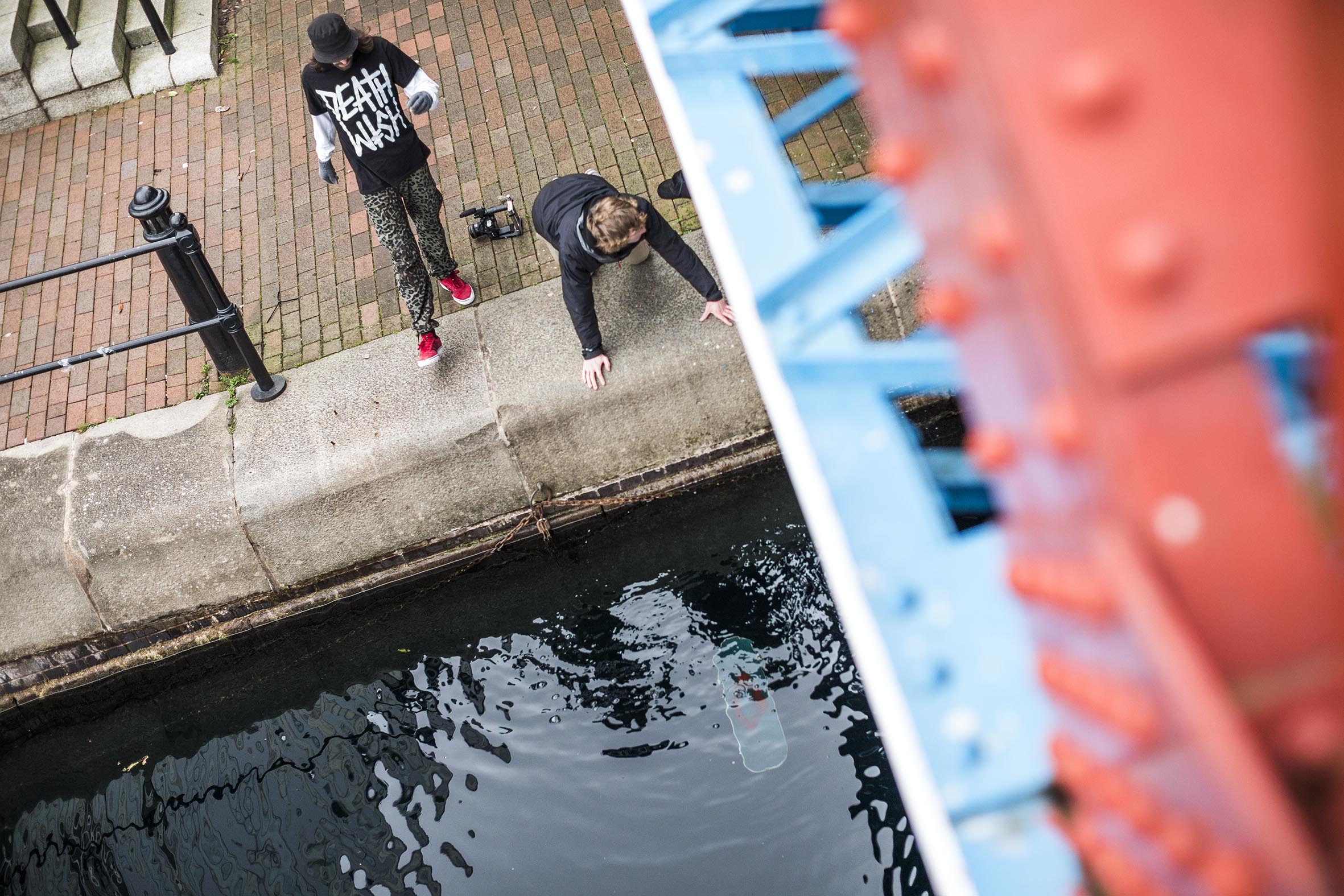 Speaks for itself really