Ya boy James Bush landed himself a Pro board for Fabric Skateboards as well as a collab beer with Errant Brewery which produced a citra and mosaic hopped pale ale for the Bushman! See below for photos by Adam Thirtle from the night and some words by Krishna Muthurangu.

Everyone knows how good Bush is, and must have seen the one man skateboard destruction path he’s been on recently. So we thought it was high time that he made his way over to the Pro ranks at Fabric. 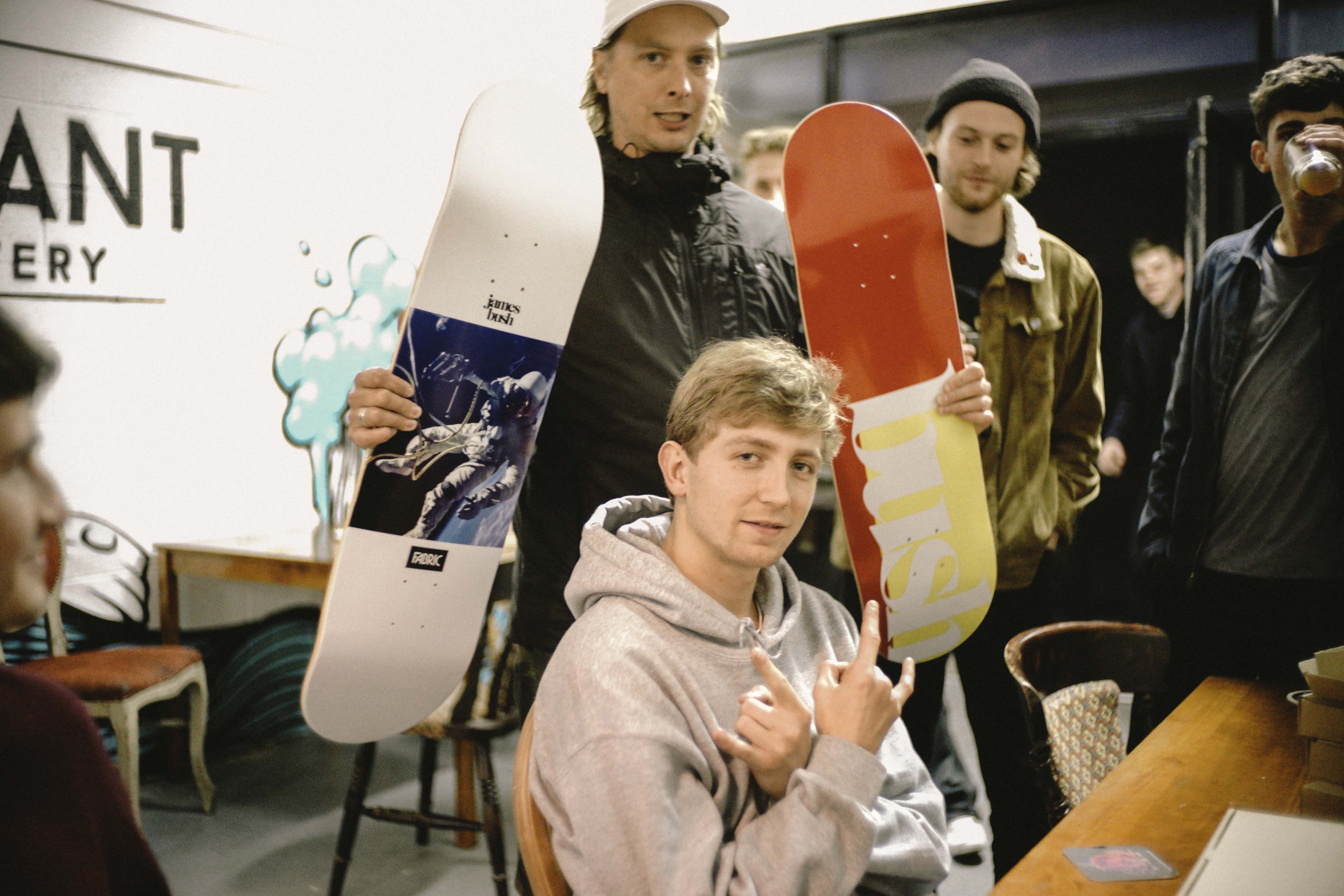 The idea of James going pro had been in the works for a while but it was decided to push it forward to coincide with the Fall Fabric Drop; with this it seemed like a perfect opportunity to have a little surprise celebration and also to get the whole team up. 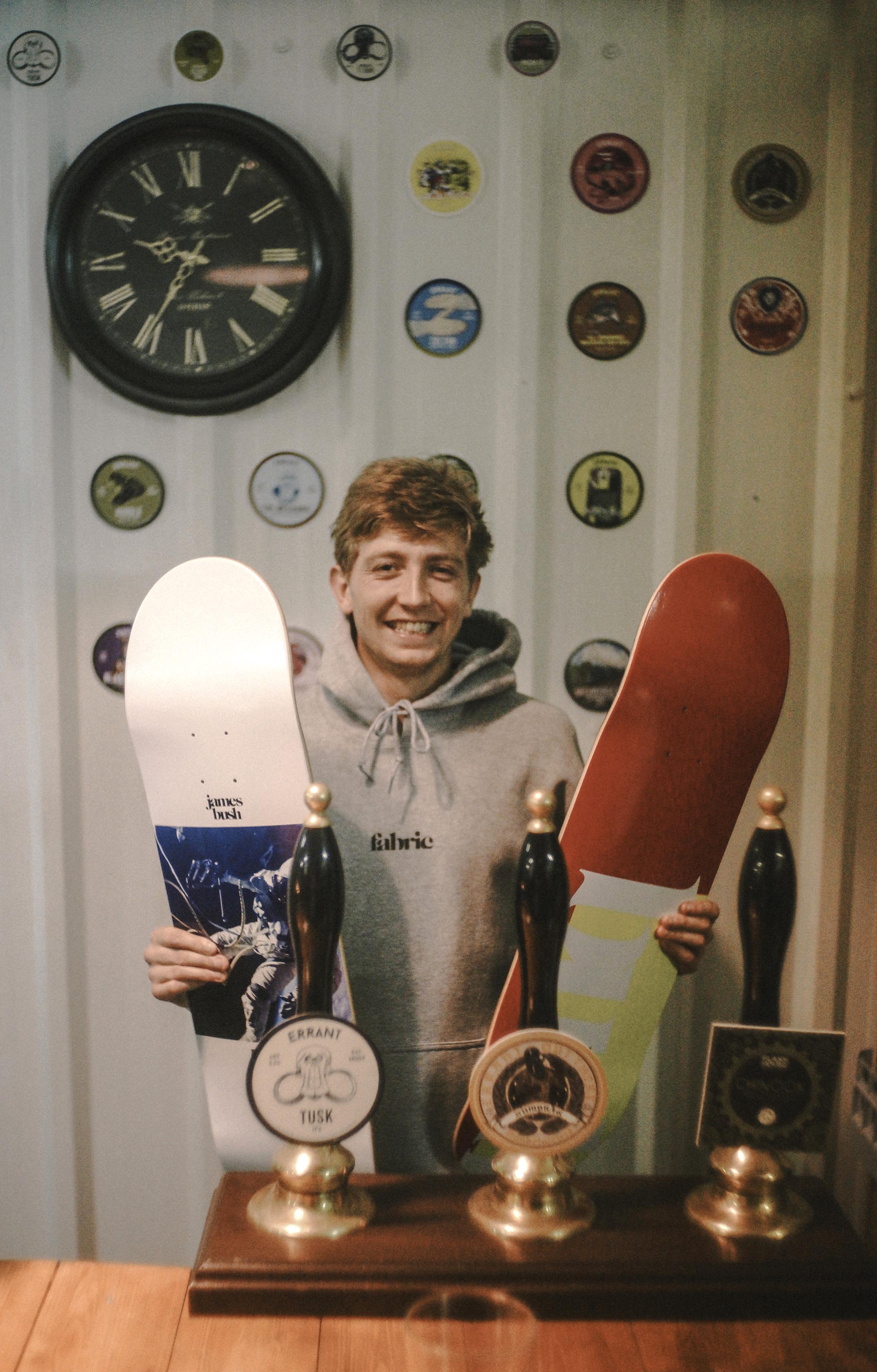 It’d been a while since we’d had the whole team together so everyone made their way to the Toon under the guise of a general catch up and little filming mission, including our two new riders Mark Stern and Myles Rushworth. 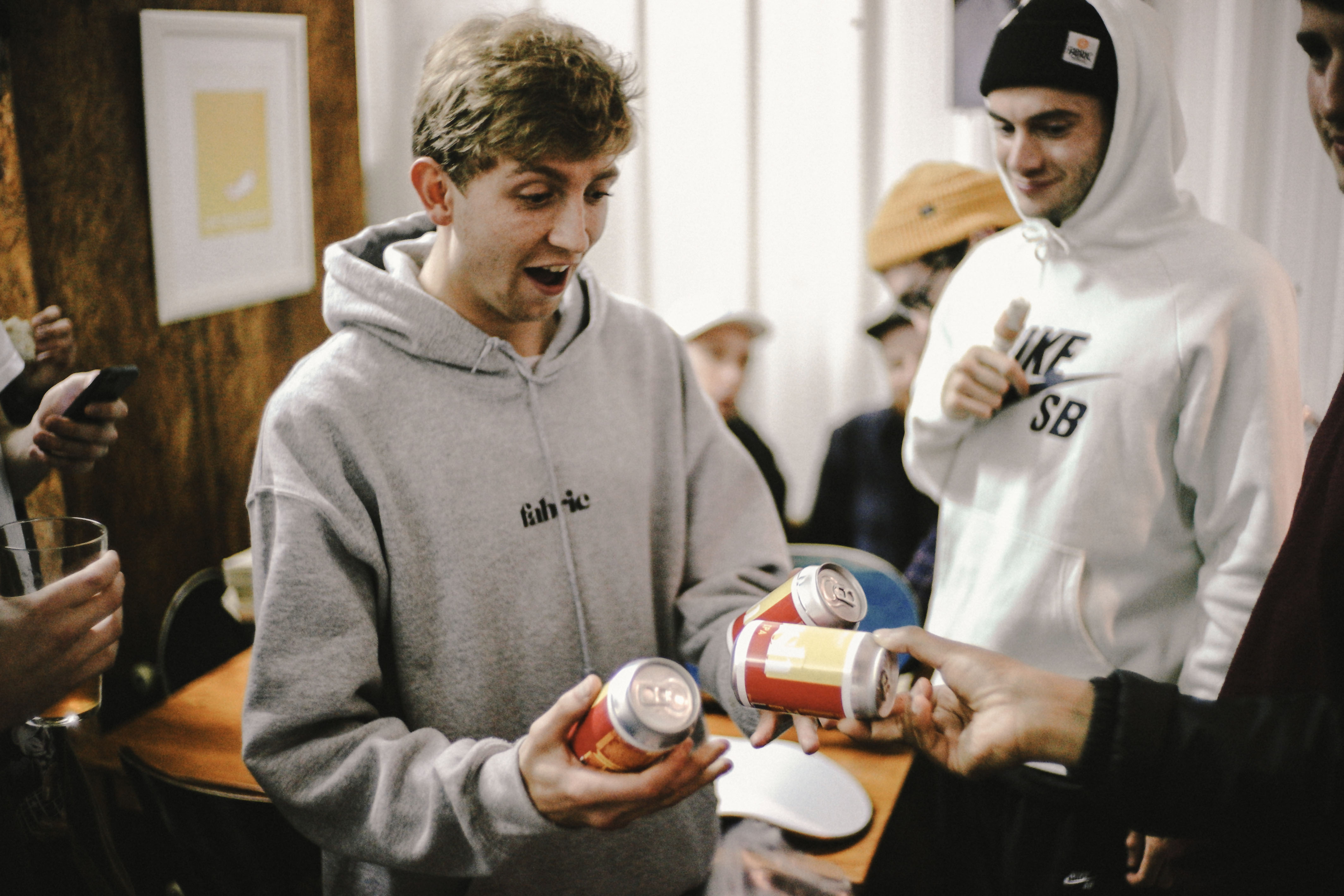 Bush with his own collab beer with Errant Brewery. ~ Photo: Adam Thirtle

It’s not a big surprise that Bush enjoys a bevvy but he’s also a keen student of the whole beer making process, with his knowledge of hops being pretty extensive. Because of this we decided to hit up a local micro-brewery, Errant Brewery to see if we could do a little collab. We got to test out a few beers and settled with a fruity mosaic and citra hopped pale, we then had the cans and taps branded up with Bush’s pro graphic. We couldn’t have been happier with the guys over at Errant and they even let us throw the party in their taproom. 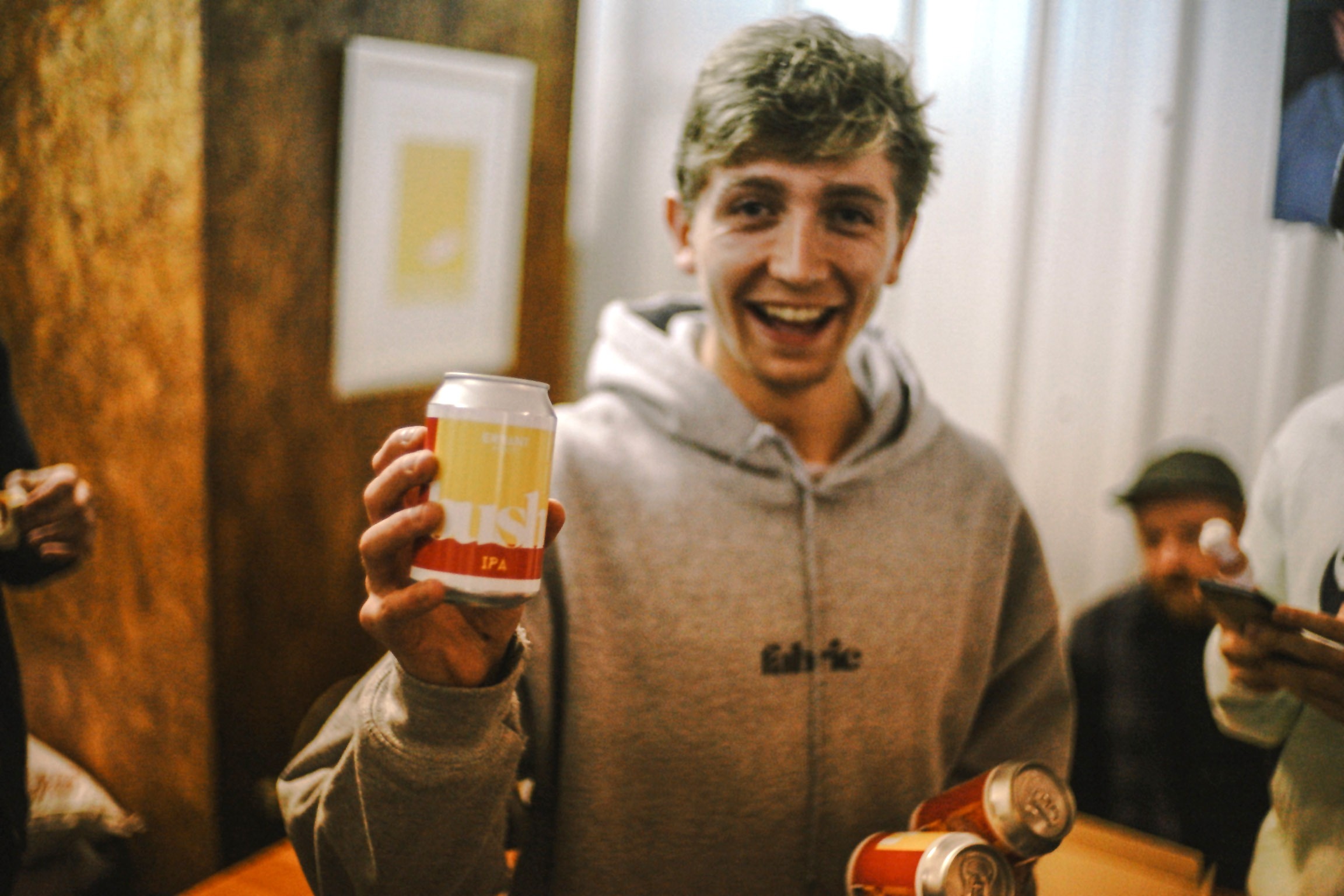 An even more cheddar’d Bush. Pour it up! ~ Photo: Adam Thirtle

We wanted to keep the party low key and not some huge hype spectacle so we just got the team and few Toon locals who Bush is friends with across on the final night of filming. We were stoked that we could finally turn Bush Pro as he’s definitely been deserving of it for a while and as anyone who has met him will say, he’s an all-round sound guy. 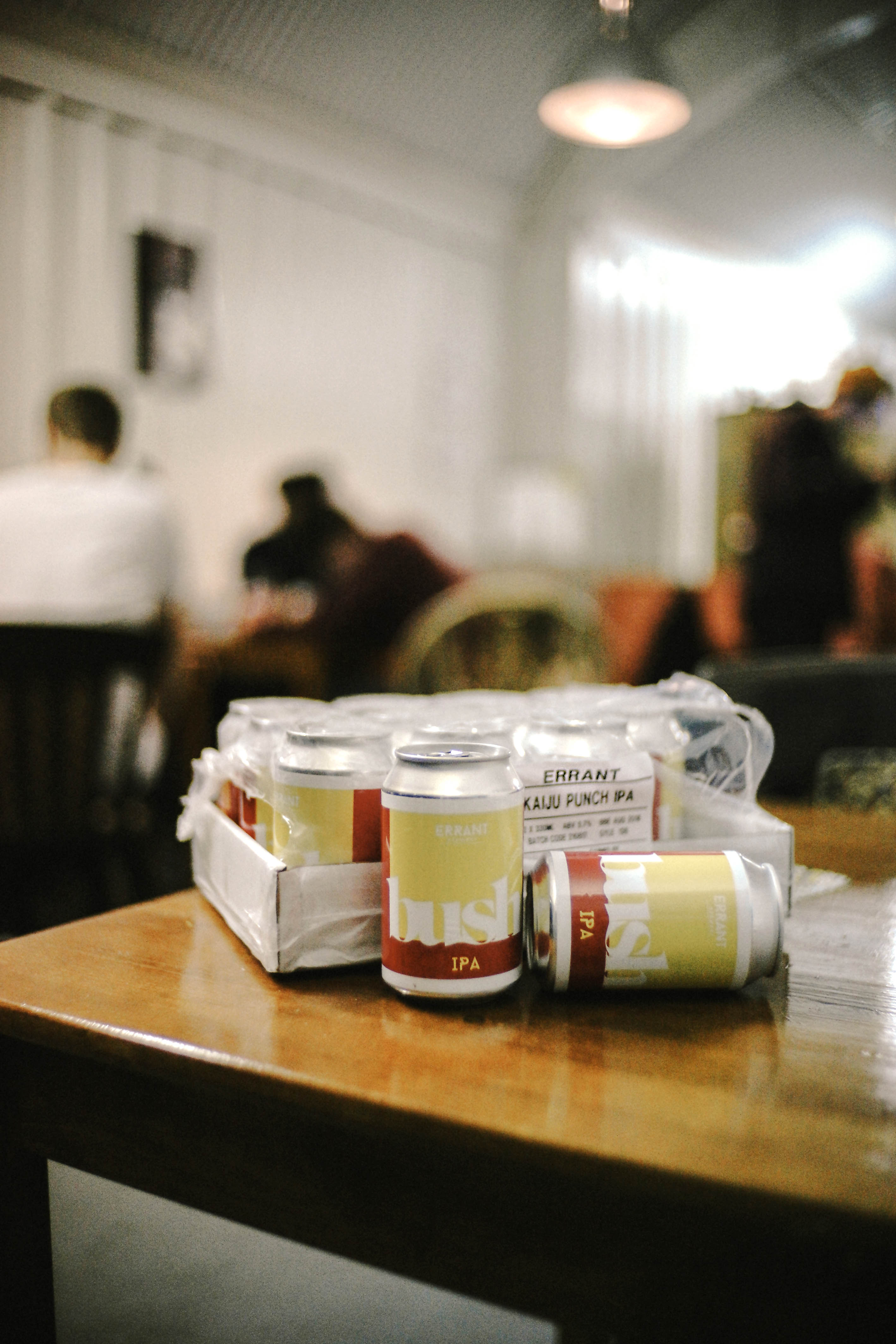 We don’t know what he was most stoked on, the Pro deck or the ‘Bush bev’, but the party went down well and Bush got to chat about the finer aspects of brewing with the Errant guys. 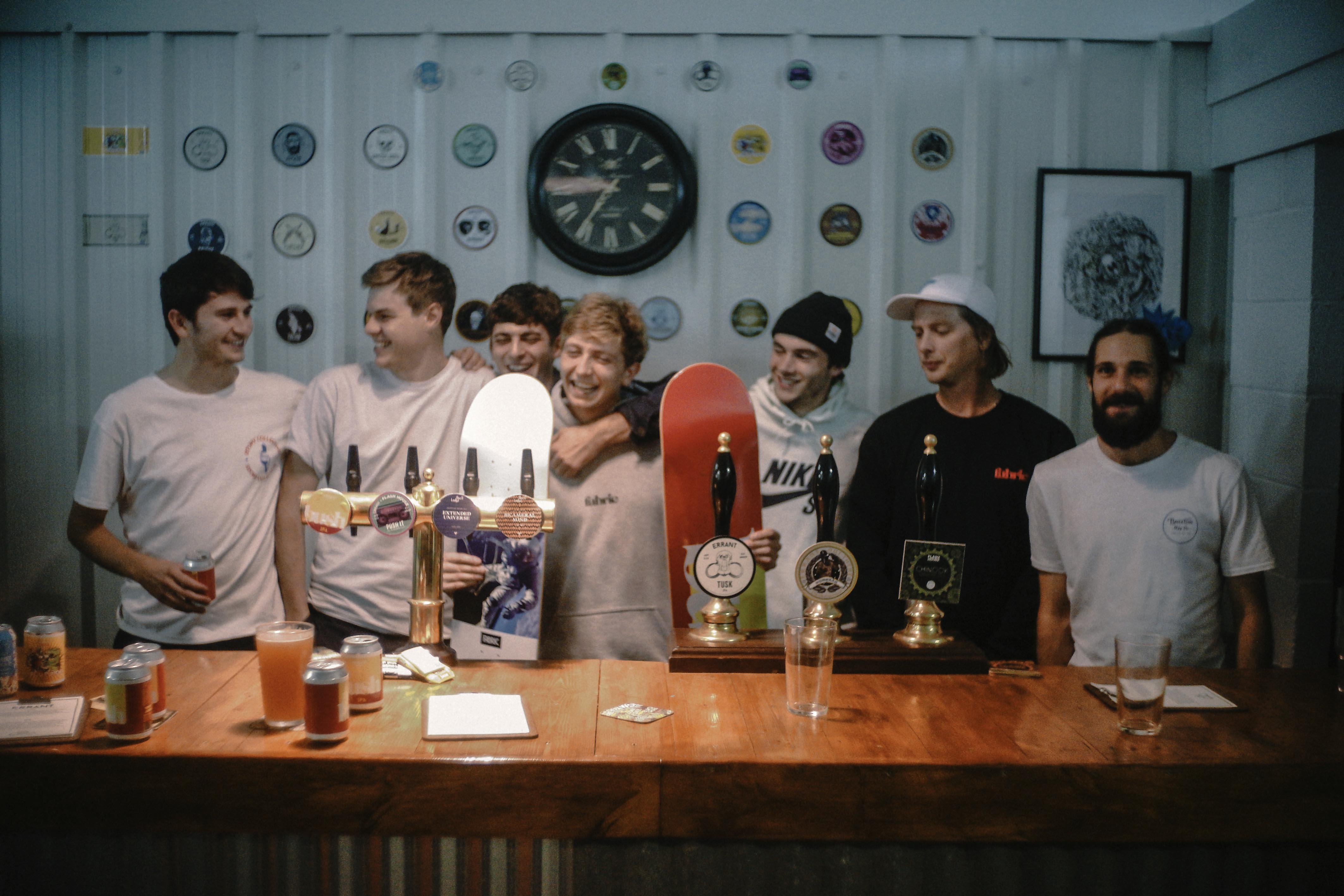 The new Bush deck will be available with the new Fabric decks and clothes in the next few weeks and we’ll be sending some free Bush X Errant beers to stores while stocks last. 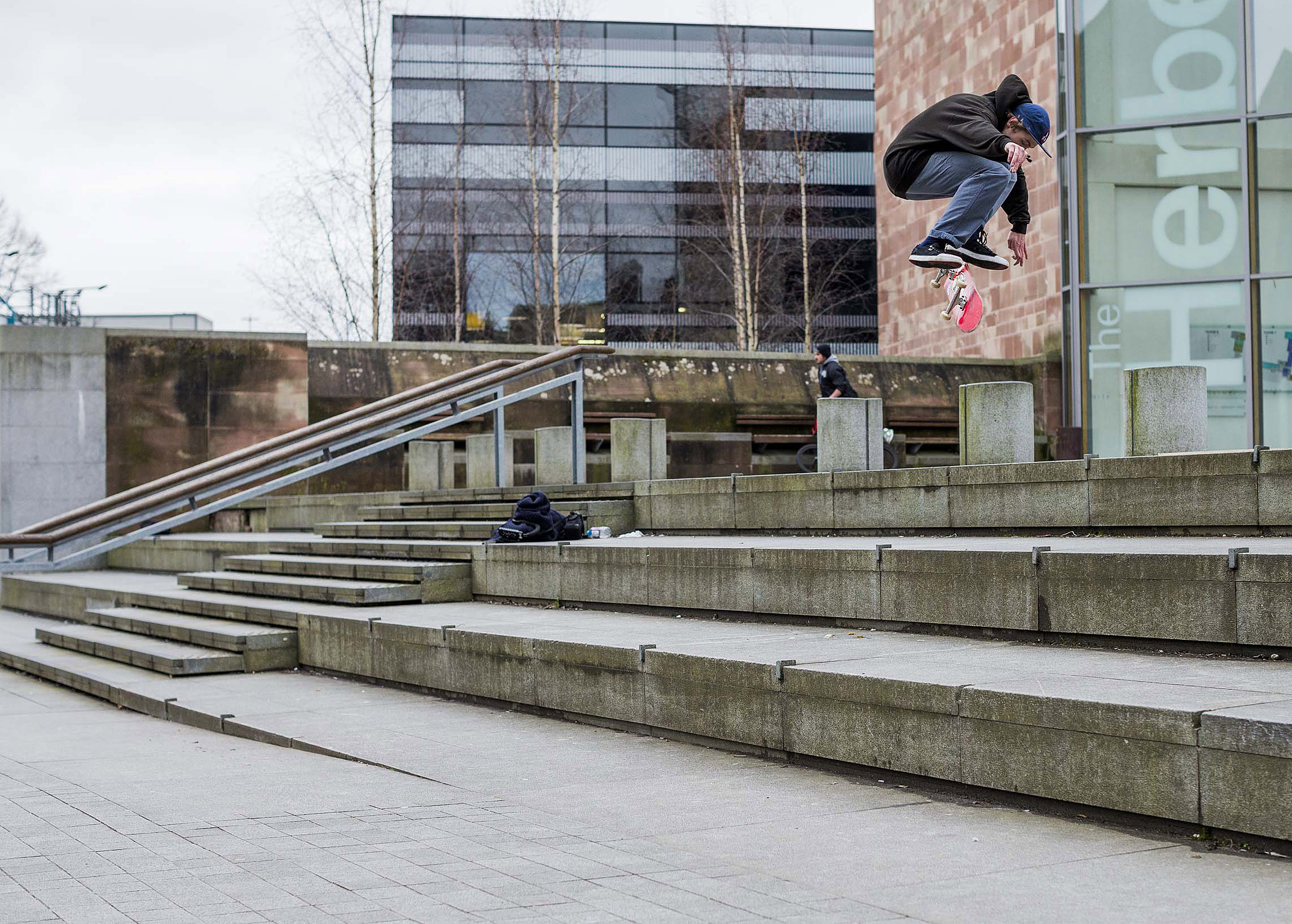 Watch James Bush and the rest of the Fabric lads smash it in ‘Sundays’, featuring the likes of Mark Baines, Will Sheerin, Connor North, Jason Lewer skateboarding to some delightful music by Jason Brown aka Happy Sadness.