Issue 1’s featured artist Jack Taylor has his own exhibition being held at Pass~Port’s Store & Gallery in Sydney, Australia from 16-30 January. The title of the show will be named ‘Cartoon Explanation’. Featuring artworks and metaphorical drawings from the man himself! Make sure you go check it out if you’re in the area.

Words on the show: “Jack Taylor (b. 1990) is a British illustrator and graphic artist. His work is inspired by the visual language of Ligne Claire comics and how comic layouts can be distorted to aid in communicating his ideas in unique visual ways.From January 16th through to the 31st Jack will be having an exhibition of new works under the title Cartoon Explanation with @pass_port at 16 Oxford Square, Darlinghurst @pass_port_storeandgallery in Sydney, Australia. In the exhibition of new drawings paired with poems in poster form, Taylor invites you to put an exaggerated world of industry under the looking glass. Here he aims to create a storm of visuals full of rule-breaking, metaphors and references to a British industrial past in order to evoke several layers of meaning with text and image. Due to Covid19 restrictions there will be no opening and a more relaxed display of works, but please come down during opening hours with masks and 1,5 metre distancing restrictions ⛑” 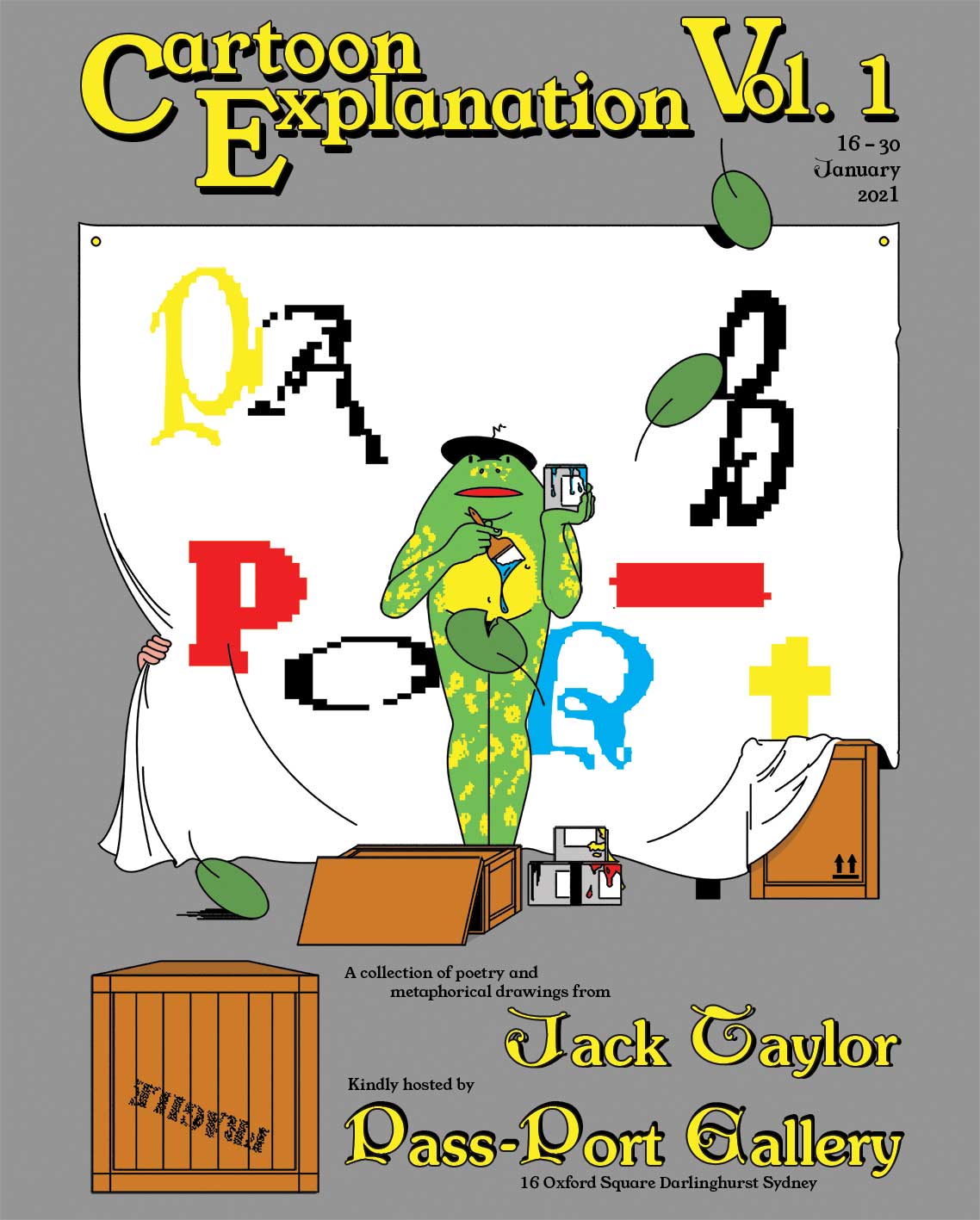 Online in full. Featuring: Matlok Bennett-Jones, Liisa Chisholm, Northern Monk Brew Co, Legal Whys with Dom Henry, Serious Sam Barrett, Celebrations with Alun Evans, How Not To Be Darwin with Korahn Gayle, Beak Brewery and It's Not Where You're From - Liverpool.

Liisa Chisholm's Interview from Issue 1 of our in print magazine.

This full belter of a video from P~P is online now! Featuring all of your faves.