Rancid Harry Ogilvie is one of Skateboard Cafe’s finest and our favourite Guinness drinking punk. We’ve put his whole interview up from our forth Issue of the mag to celebrate the recent release of Skateboard Cafe’s Ensemble. Scroll down for photos by James Griffiths and Reece Leung, illustrations by Joe O’Donnell along with the interview by Guy Jones and an extra unreleased audio interview by Mike Arnold called ‘Pub Talk’. Read and listen below to hear Harry chat Guinness, circuses, labouring, tattoos, being a punk, college green, Lloyds, Skateboard Cafe and aliens! 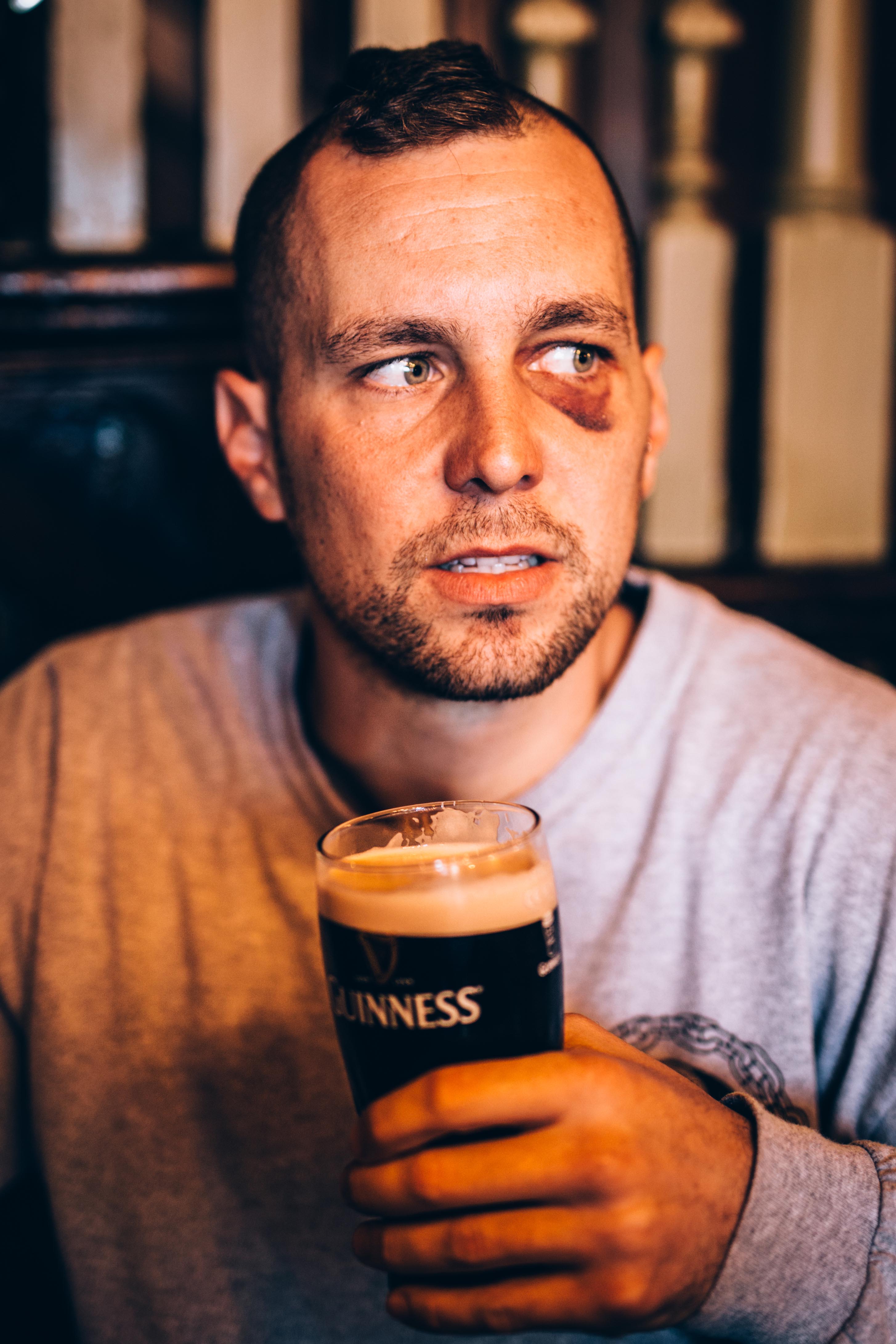 I witnessed Harry’s skating in person for the first time at Bristol’s College Green. A staple spot for the locals which I am yet to understand it’s appeal, well until I saw Mr Ogilvie making his way round the lack of obstacles and making the most out of nothing. These people who don’t need much to make something desirable always attract my appreciation and familiarising myself with this gigantic being who can squeeze through the smallest of spaces, the admiration has only grown over the years. To Harry, we raise our glasses! 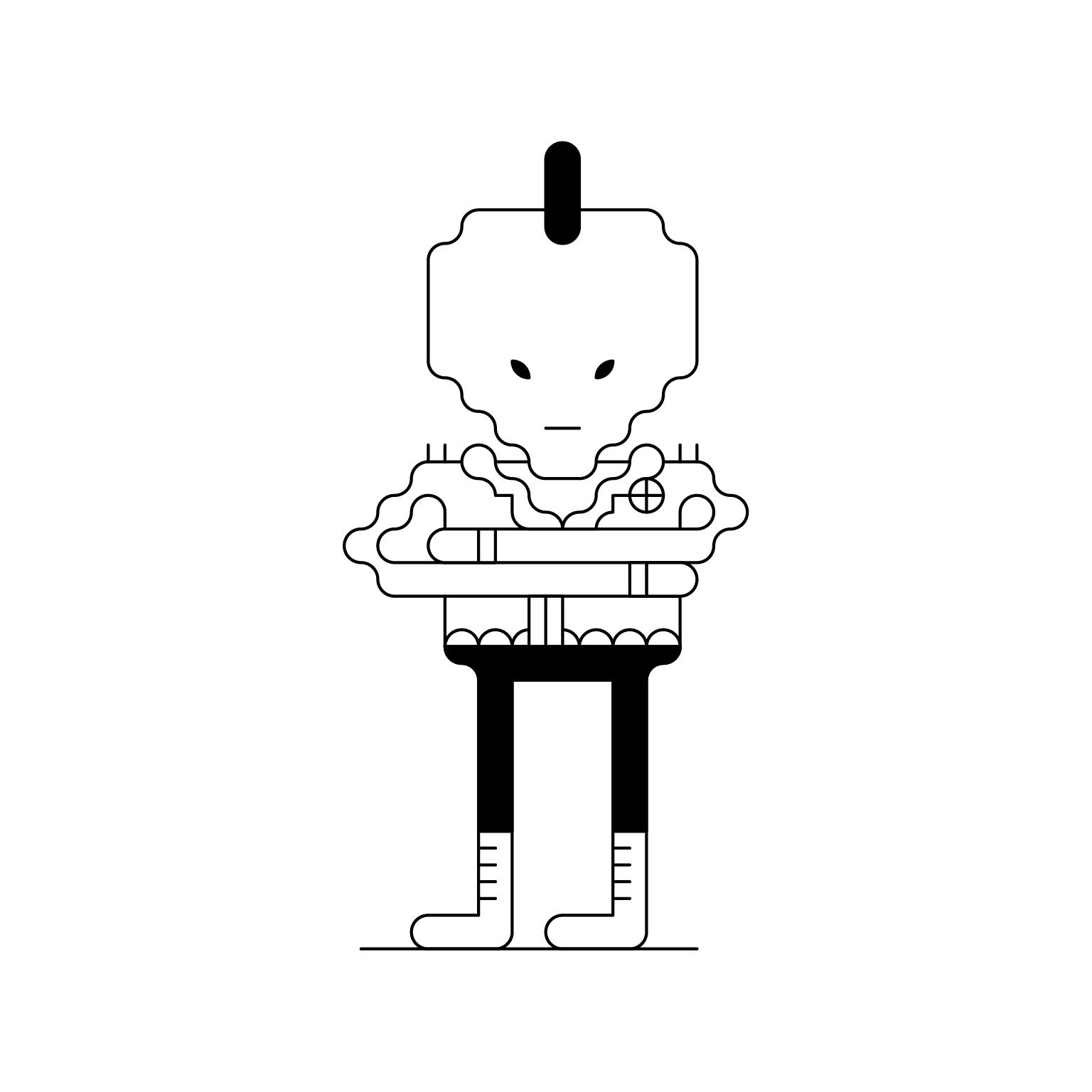 Alreet me babber, What’s on? 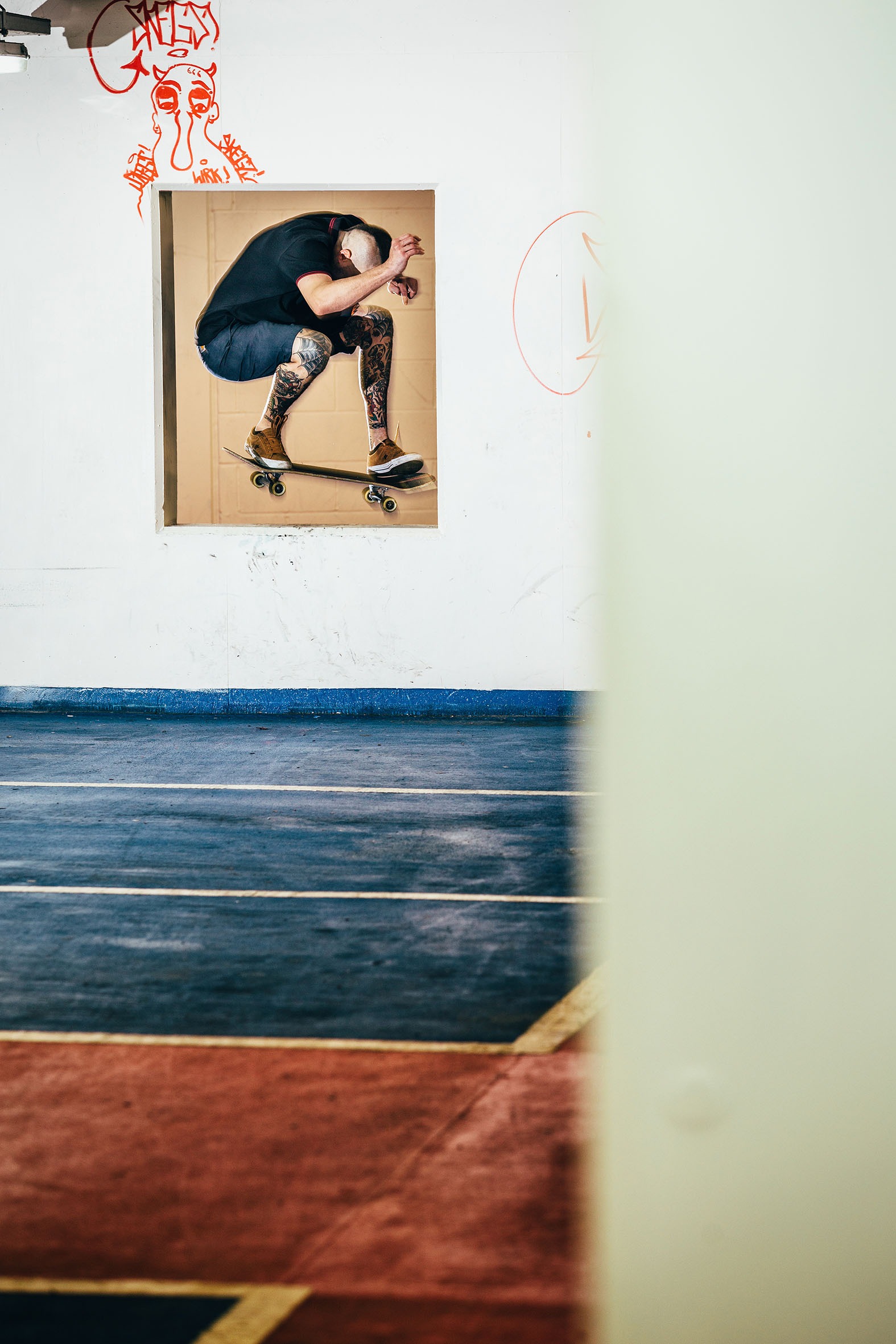 You’ve been holding it down in Bristol for some time but have yet to tire of College Green. What’s the secret and who are some of the best lurkers you’ve witnessed there.

No secret other than spending a lot of time there over the years. If you spend enough time anywhere you’re gonna find new ways of making something out of nothing! 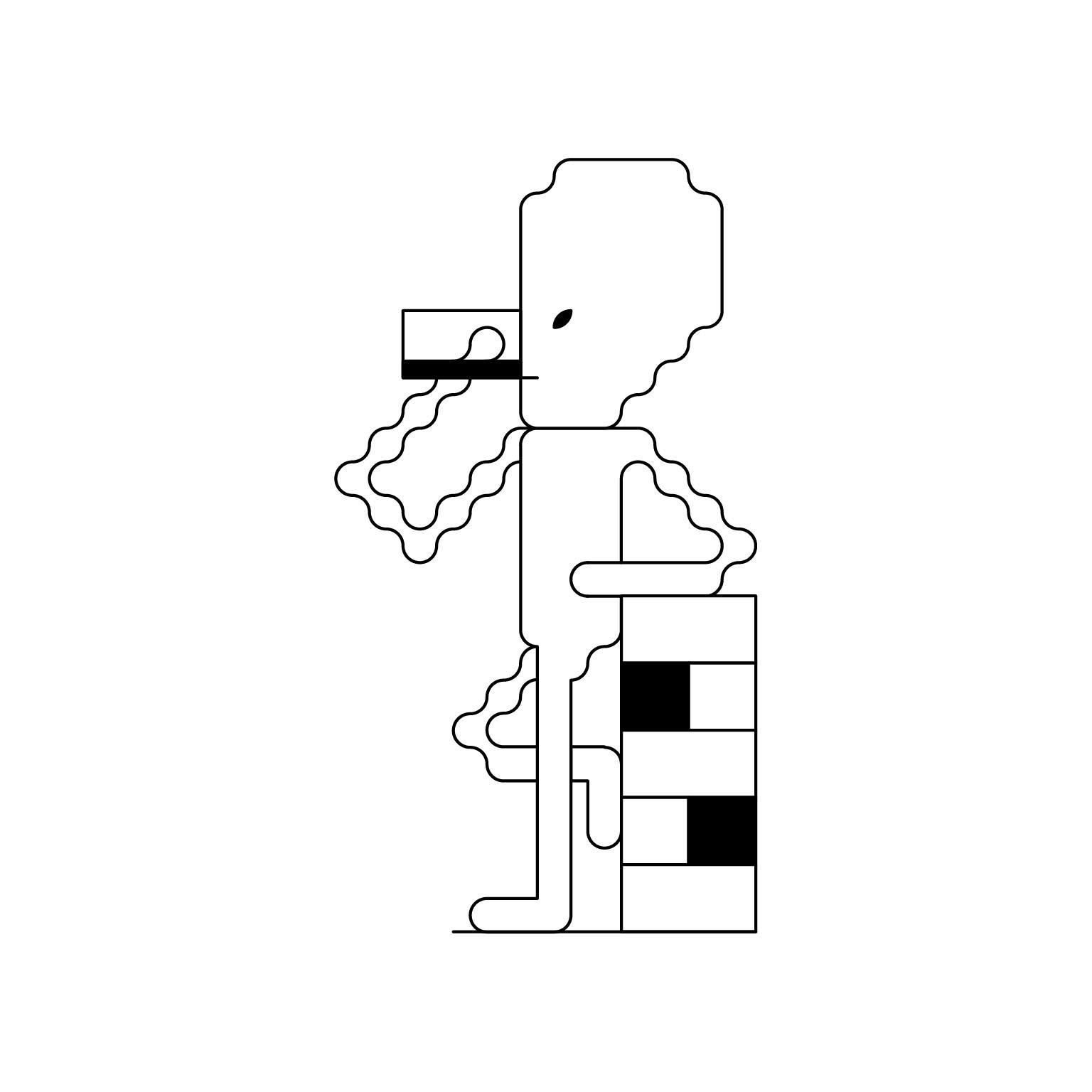 When I think about how much time I’ve spent there it’s crazy. Seen a lot of things down there… Number one lurker has to be Paul Alexander. That spot was his. Cruising around in a dressing gown killing it! Paul was the best. 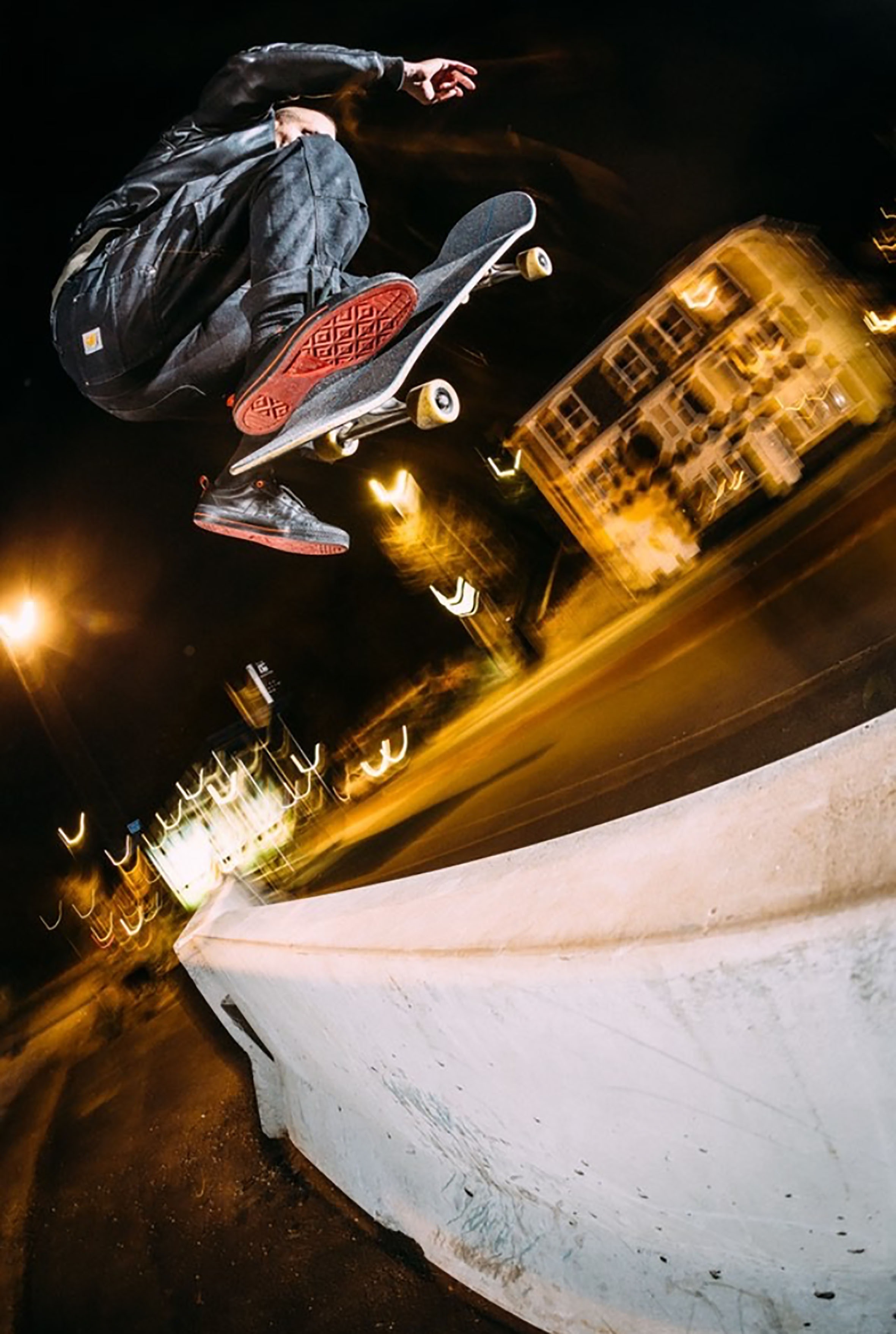 You labour as well as shredding on the old roller plank. If you didn’t do either of these do you feel your energy levels would force you to do laps around the West Country?

Working and skating is hard. I’m fucked after work or I’ll be away somewhere… But when Guinness sort out this sponsorship deal and start paying me I’m gonna be sorted. 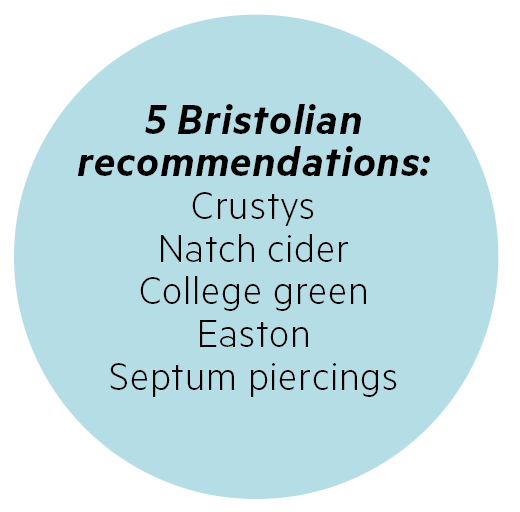 You got any good stories from being on site?

Yes. I ran a dog over once. There was this dead cat on site in Dubai and it had its guts all hanging out, baking in the 40 degree heat, we were walking back from break and the wind picked up the scent and made Adam chuck up his lunch to the desert floor. I got a pic of the cat and regularly remind him about ‘deadcat’. 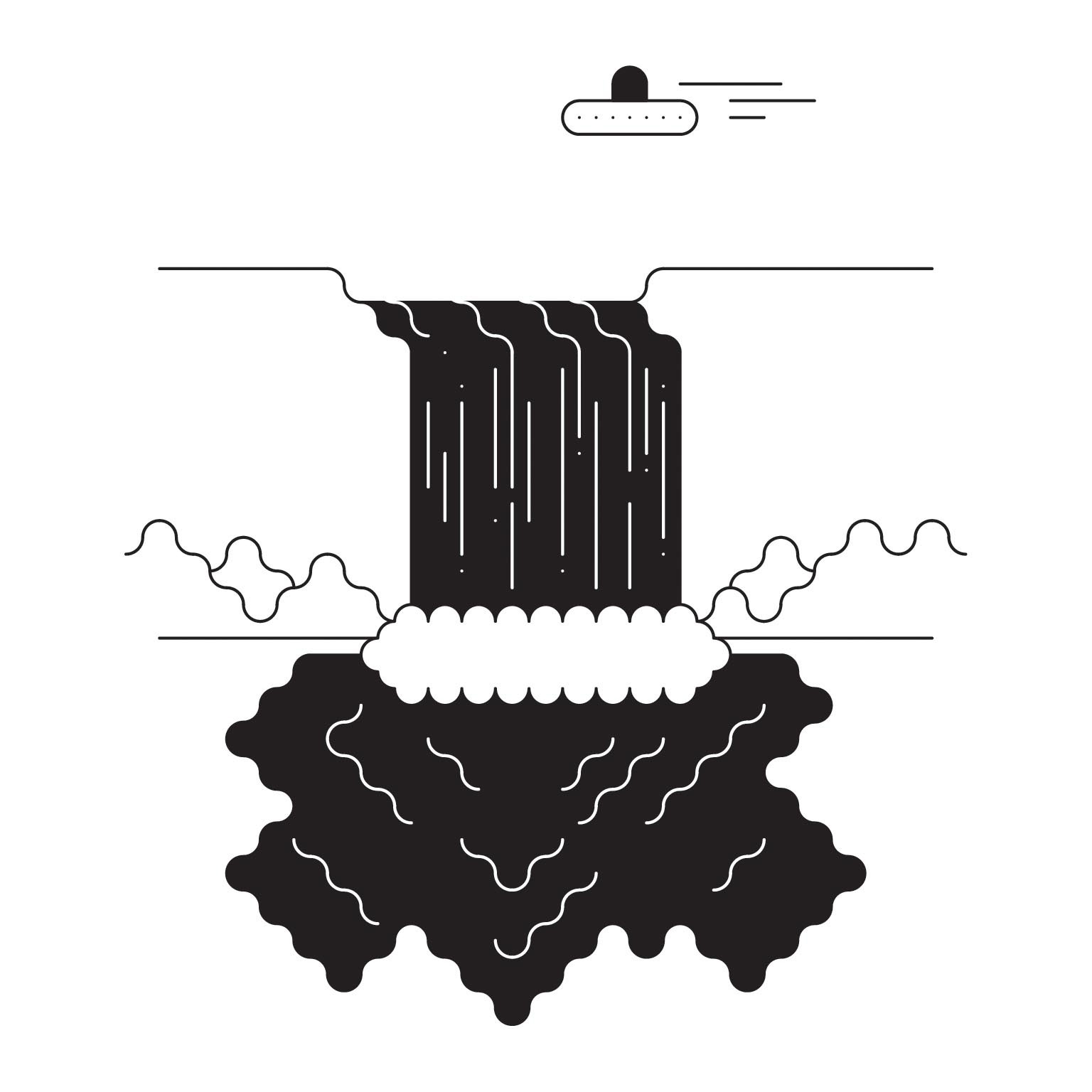 We got drunk in Holland once building tents and stole our bosses brand new 4×4, we took it to this dirt track and got it stuck up to the axels in mud. We had to attach a winch to a tree and pull it out quickly and hide from security guards. Then Grant caught a goose and it shat in our chalet. That was the best job I’ve been on. 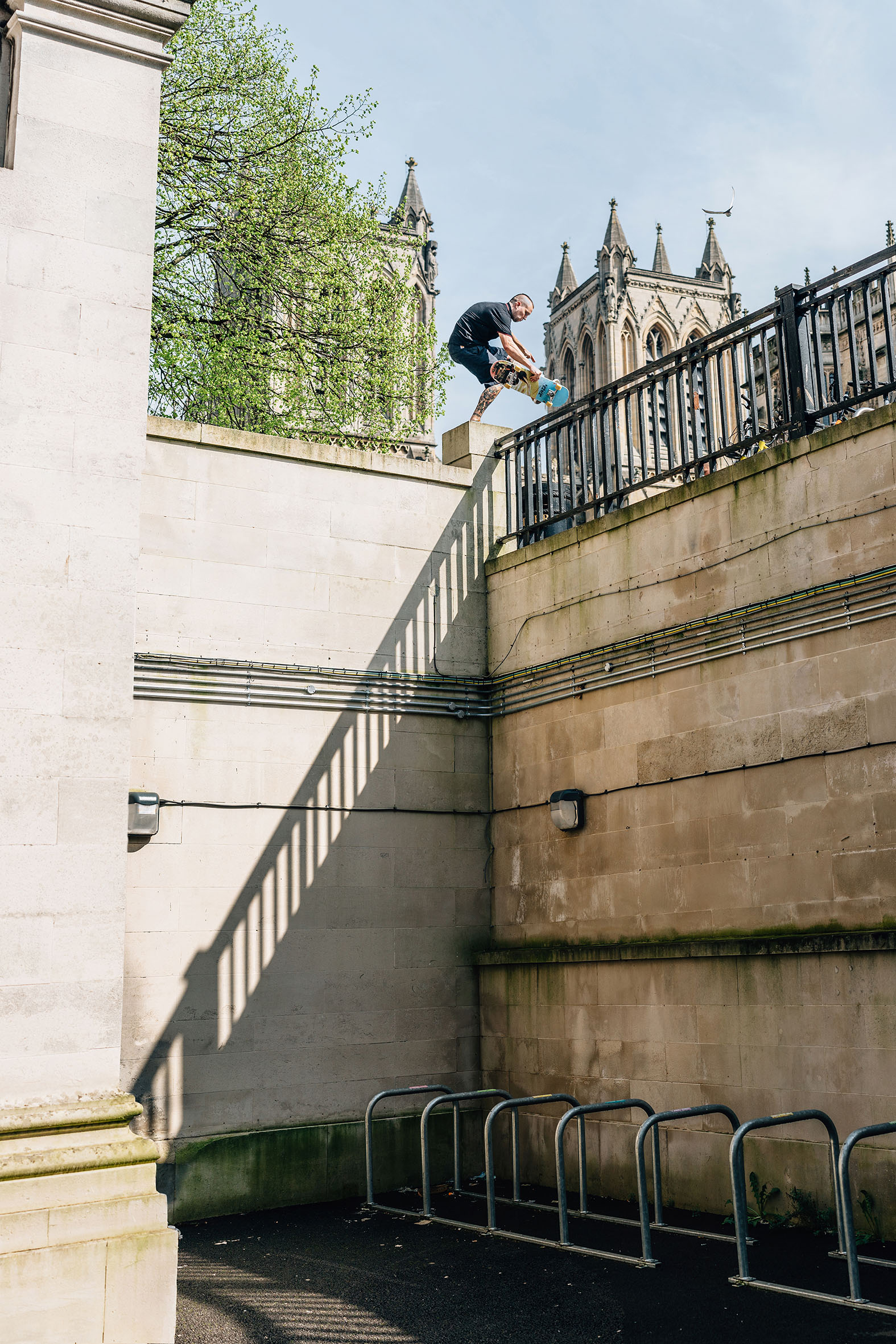 What’s the average amount of Guinness you consume a week and does it have to be a pulled pint? What’s the attraction to this creamy delicacy and how did it pour itself into your heart?

A pulled pint is definitely a big deal. It HAS to be ran through clean lines and frequently poured. A bad pint of Guinness is like drinking vinegar. God I love it, I’m drinking one now. I remember my dad giving me Guinness when I was about 7. I’d have about 2 pints a day then, now I’m averaging about 12. 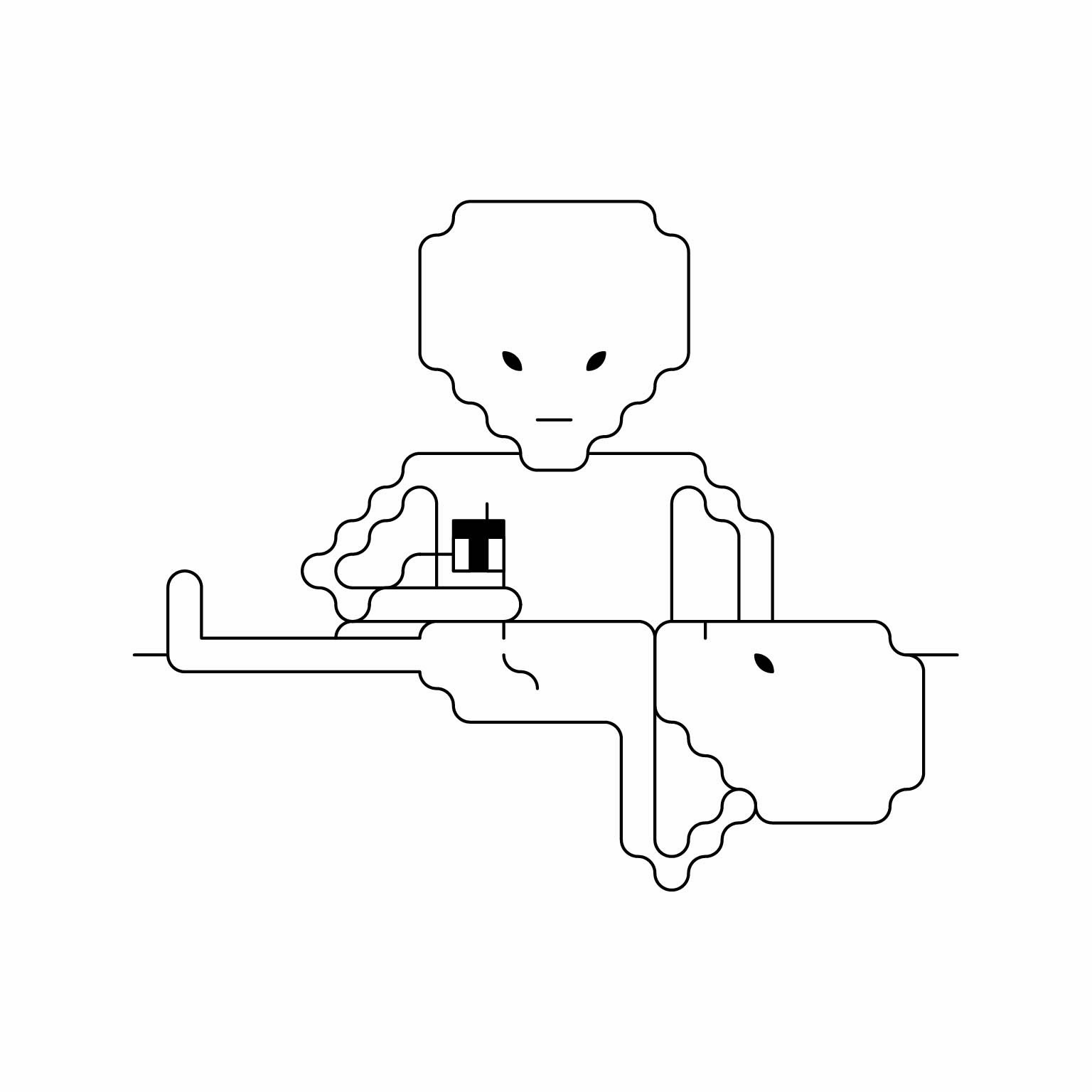 Did you manage to get one in Dubai?

YES. Lots. You can drink a lot in Dubai. After work we’d all go to this place called the Irish village, incredibly tacky and fake, yet for some reason we all loved it there and felt very at home.

Why does a punk have such an adoration for the hippy jump? Is it an appreciation of other sub-cultures or a case of keep your friends close and your enemies closer? 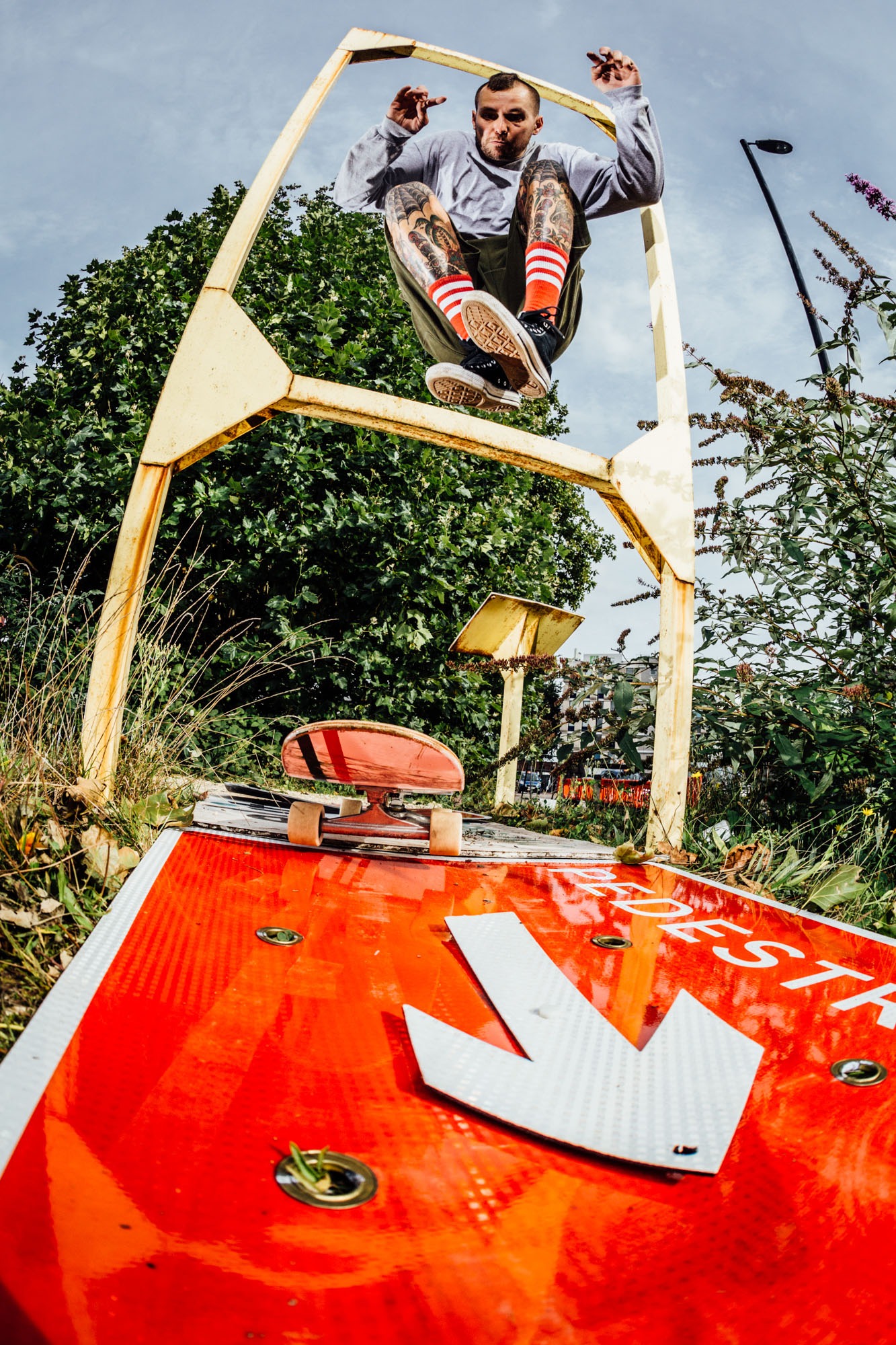 Am I a punk? I dunno if I am to be honest. I love the music and the attitude but real punks live in squats and eat those little blue round things in the toilet. Hippies are usually ‘trustafarians’ living off of dad’s money in a caravan, sniffing K and juggling lentils. I was once told that the 2 most metal tricks were a frontside smith grind and a backside heelflip, but the source turned out to be an absolute twat. 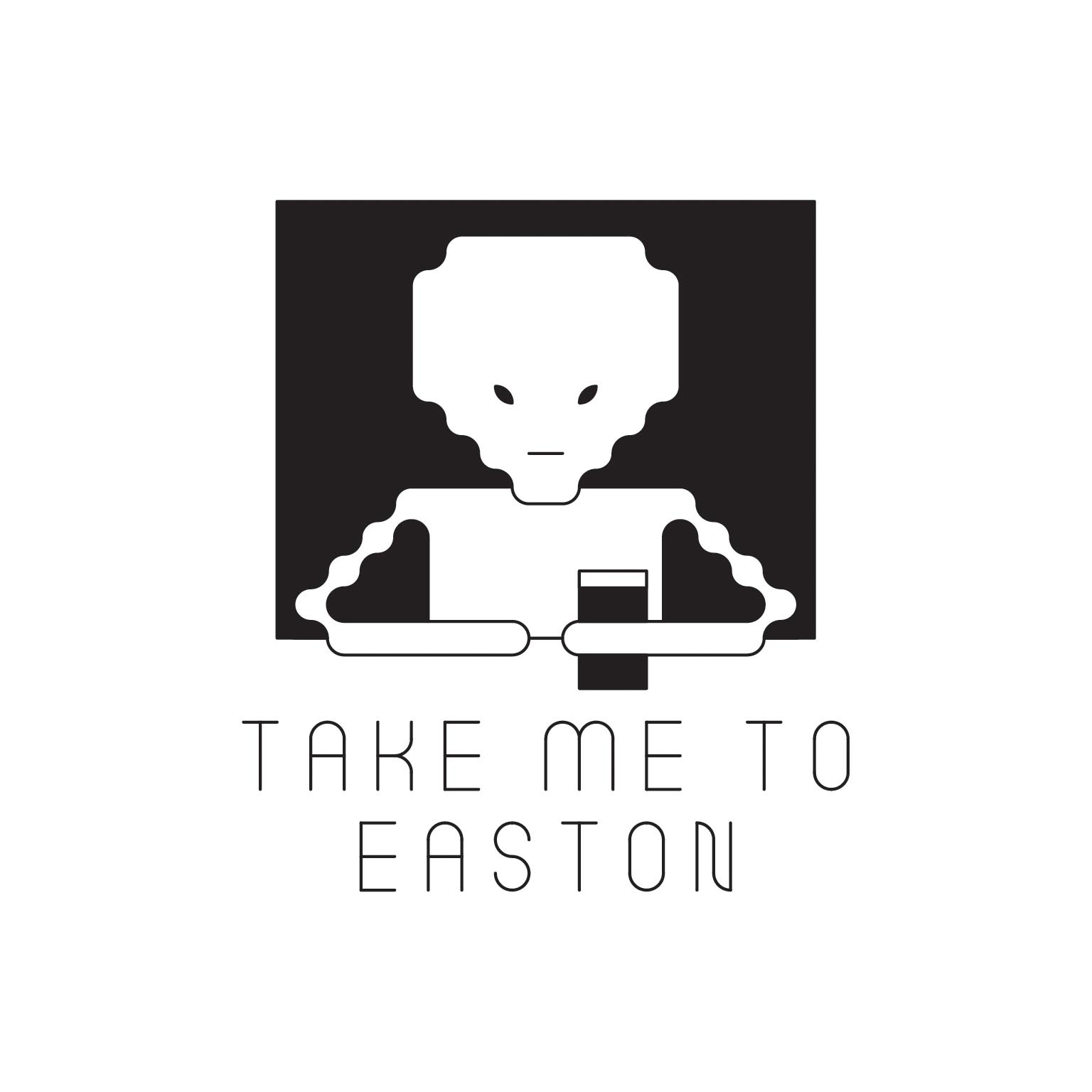 What are the punkest tricks in your eyes?

Anything really. If you’re into it then do it, just do it with belief. 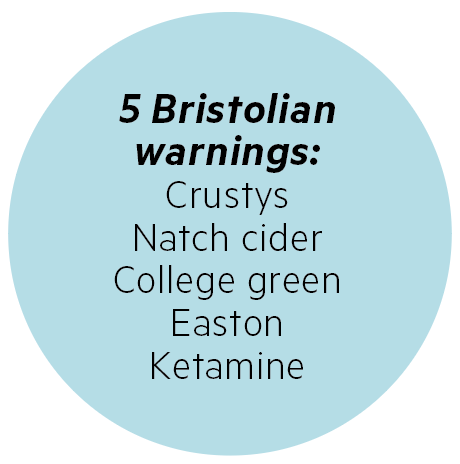 Where do you get your socks? Mike Arnold nicks his from his missus.

Socks are very important to a skateboarders performance! That’s why I’m starting my own sock brand. Its gonna be called ‘wizard sleeves’. 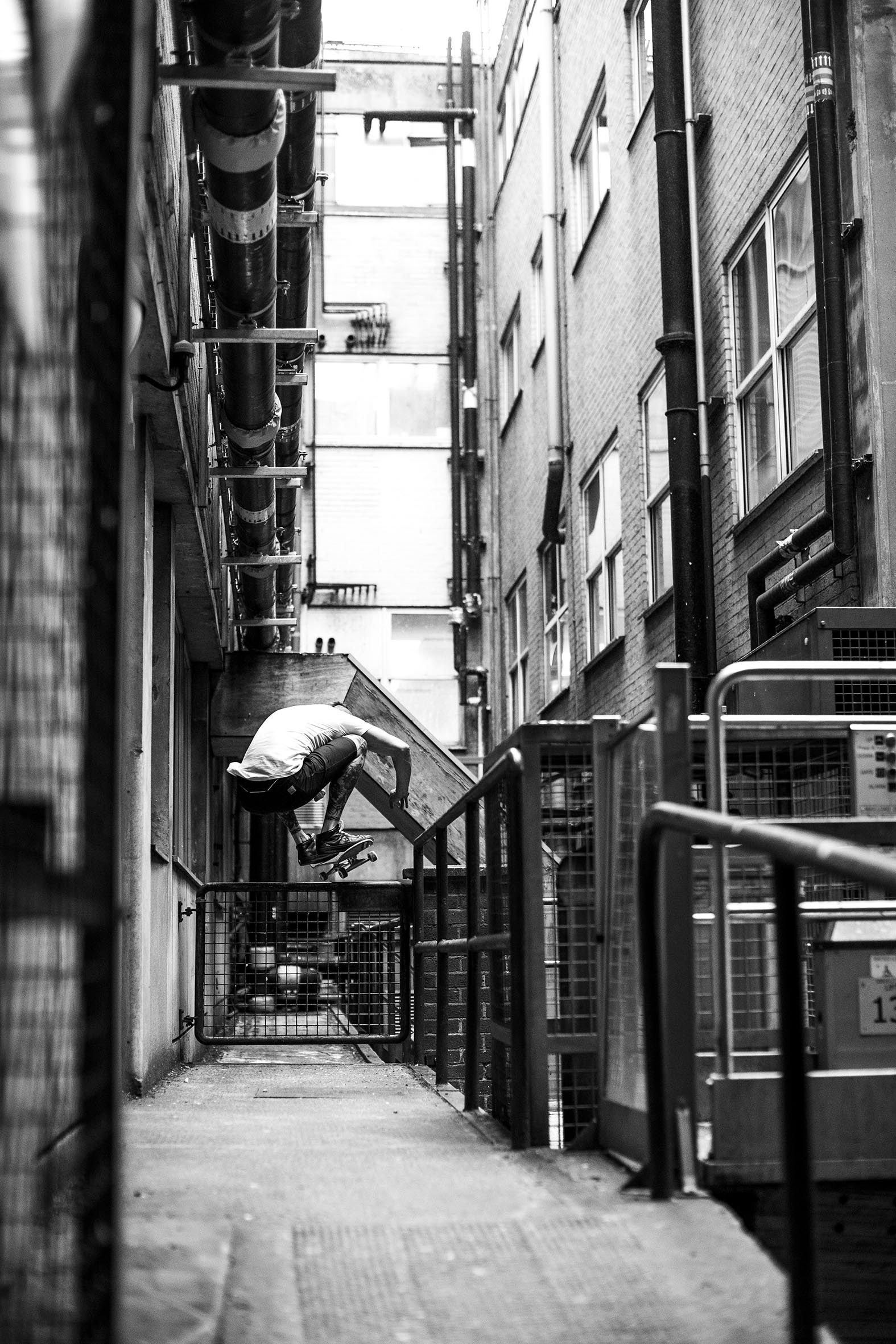 You’re more than familiar with a hallowed ground that is Lloyds. Do you bank with them and have you any good stories from your time there?

Let’s not talk money. Good times involve watching Korahn skate there. He is the reigning King of Lloyds. Followed closely by Matt ‘stalker’ Keal. Stalker was insanely stylish on a skateboard, so graceful. Watching Mike work out and find new lines for his Lloyds part there was amazing. 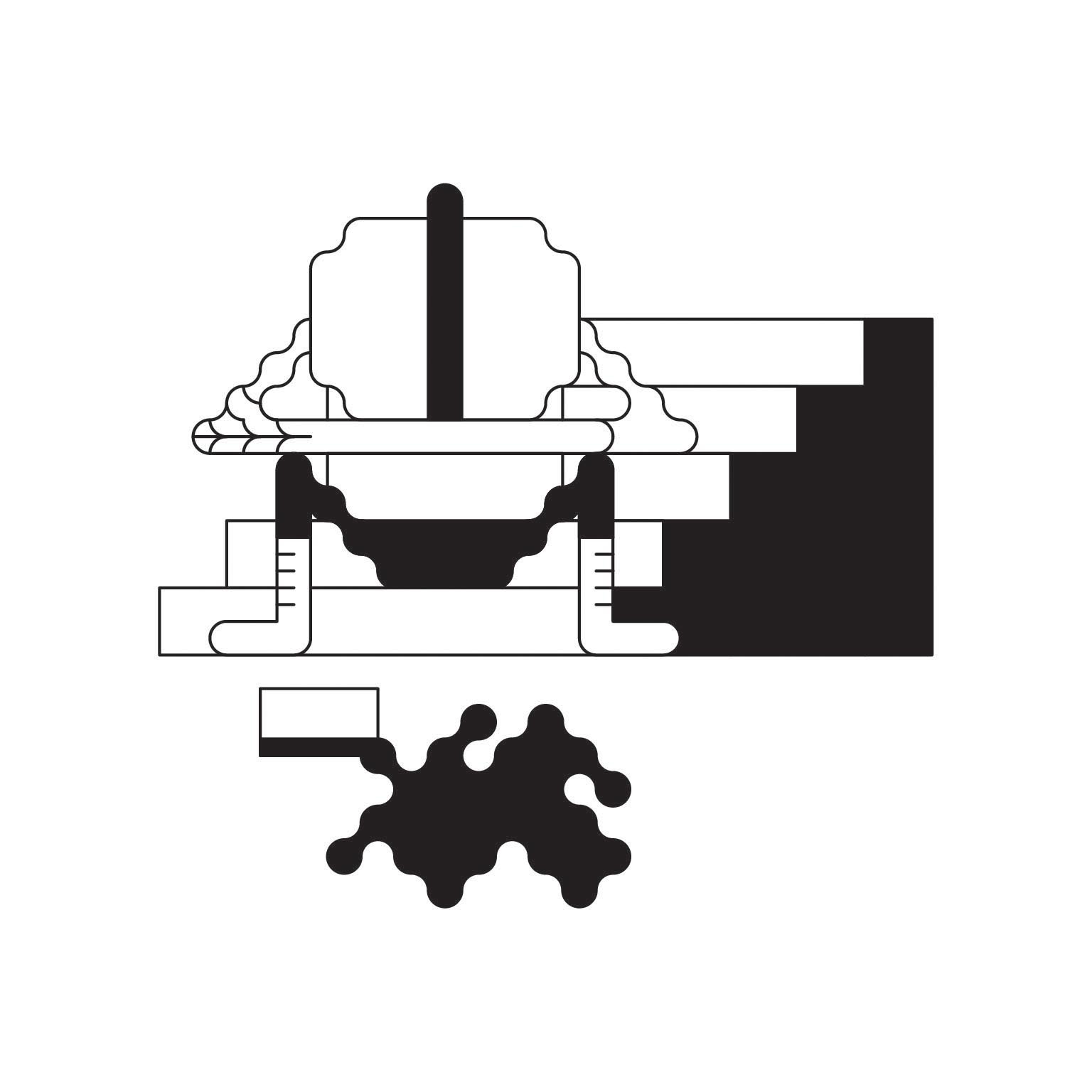 What training scheme do you undertake to pop so high? Some sort of raw fruit and veg diet or is it the aerodynamicness of your hair?

Danny Wainwright let me hit his joint once, some of his DNA must have got into my system. 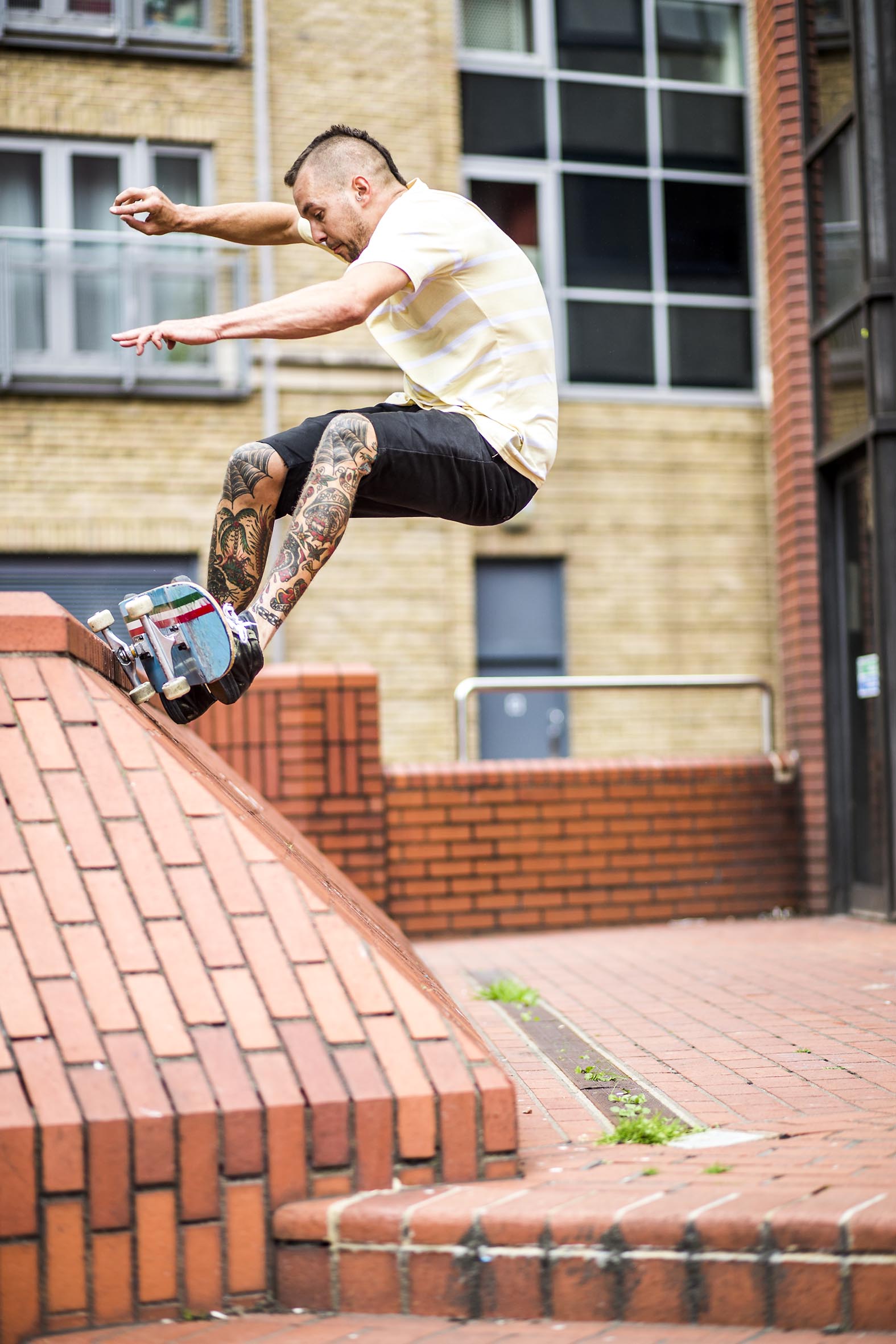 Have you ever considered your own alcoholic olive oil range named “Ogilvie oil”?

Who told you about that? That’s secret! 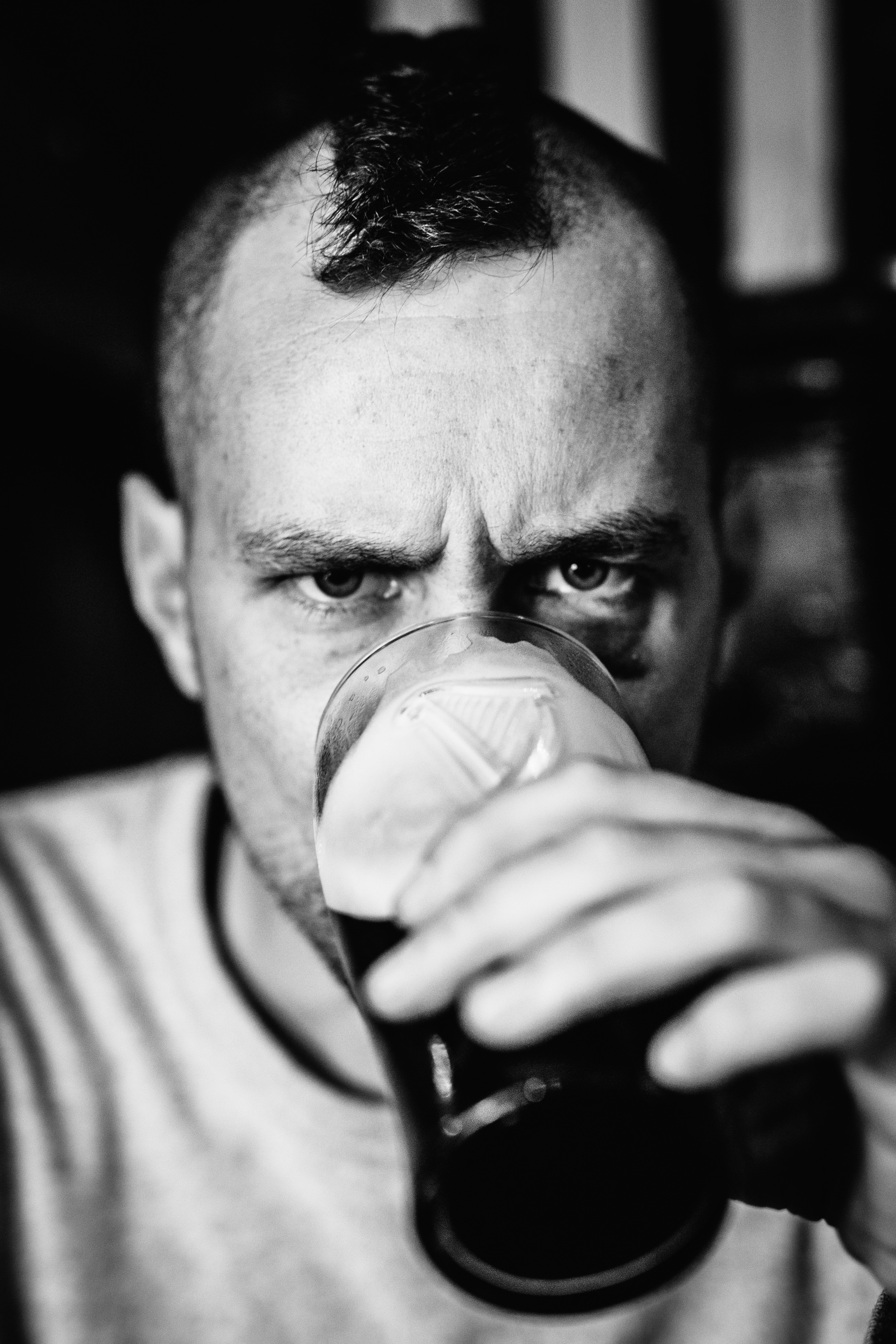 Is a pub really a pub if it doesn’t have a fruit machine? What’s the technique for fruity success and spotted any fruities in bizarre areas? Our local kebaby had one.

Fruity ain’t too important, just as long as it’s a proper pub, if there’s dogs in there that helps a lot. Dogs should always be allowed in the pub. Oh yeah that dog I ran over was totally fine.

It’s normally good to play fruities on a Sunday, because they would have been fed all weekend so there’s a higher chance of getting a pay out. Kebab fruit machines often end in hostilities. 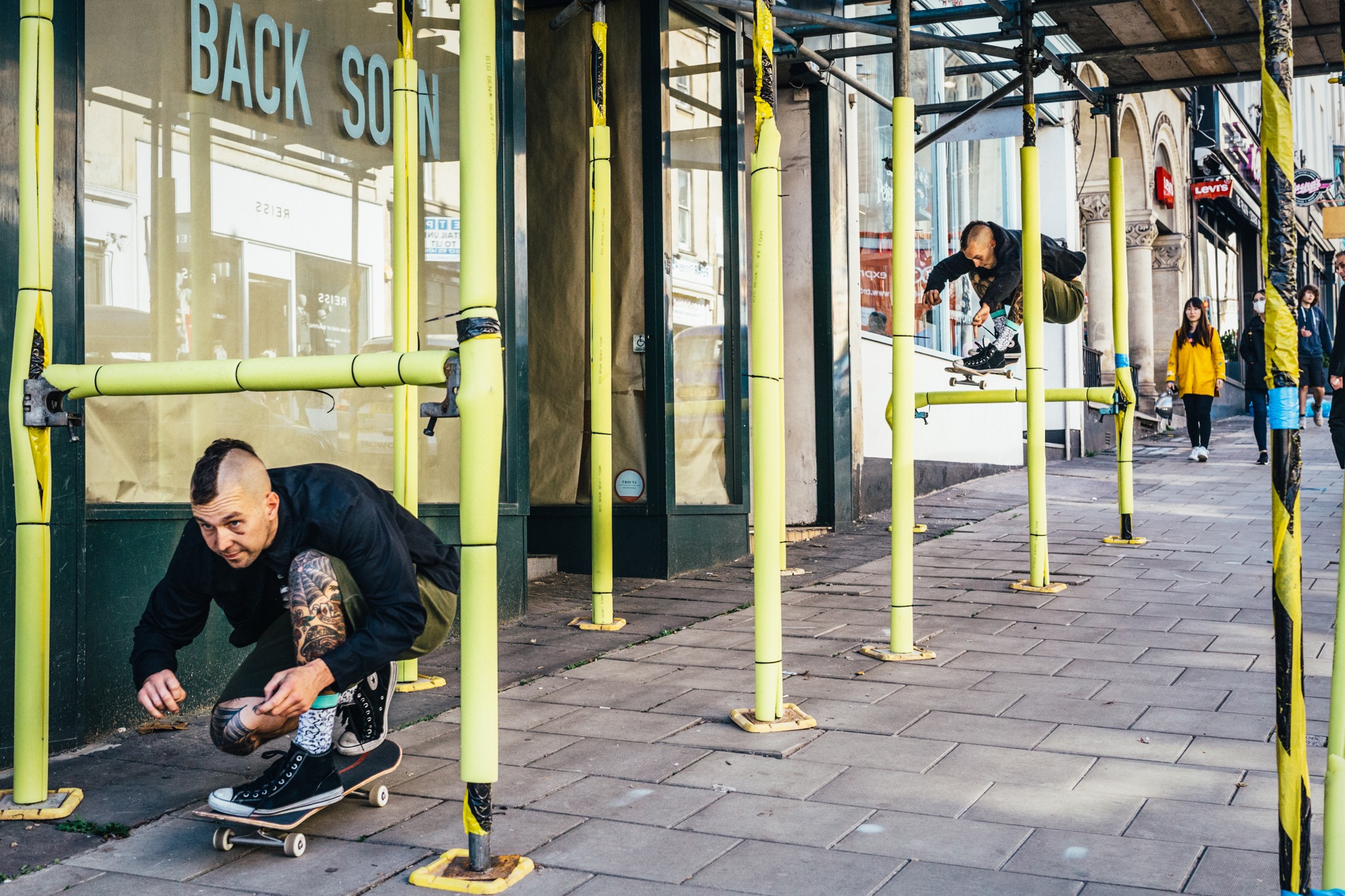 Big up or slag someone off.

Major, major big ups to Rich Smith. Without him and Skateboard Café I’m sure I wouldn’t have a creative outlet to channel my skateboarding into. Thank you Rykard. Griff you’re a legend. Fifty Fifty of course for keeping it really fucking real and pushing Bristol in the right direction. Support skater owned! 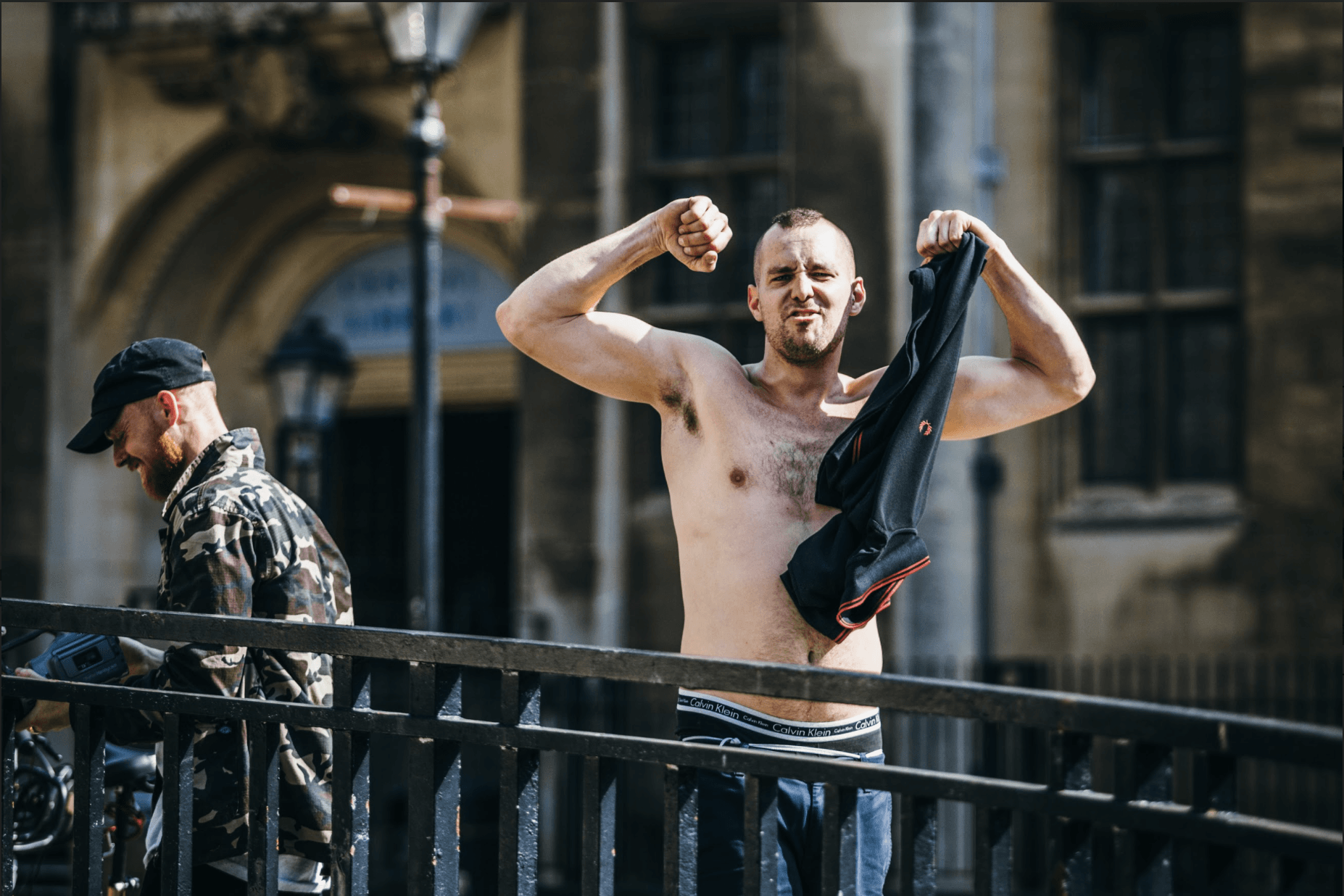