Sign the petition to help save the legendary Brooklyn Banks! We don’t need to say anymore than that so help out here or by clicking the photo of the banks below!

“The Brooklyn Banks is a historical part of skateboarding in New York City. It has impacted not only NYC skateboarders but skateboarders all around the world. The recent removal of the bricks, on the one side of the banks, has sparked fear and sadness throughout the skateboarding community. We do not want this very cherished piece of history to be removed. The skateboarding community would like for it to remain intact for us and for the public to enjoy. For those who do not know this location by the name “Brooklyn Banks” it is the area under the Brooklyn Bridge in Manhattan made of red bricks. This area was a place of congregation for so many skateboarders and others for years on end before it was closed to the public in June of 2010, due to bridge repairs.

New York City and many other cities have made the mistake of destroying countless places that had an enormous amount of history without consulting with the people who used them the most. A perfect example of a piece of history being destroyed by a city would be the renovation to Love Park in Philadelphia. In the last few days before the renovation, thousands came from all over the world just to skate it one last time. That was the gathering place and home for the skateboarders in Philadelphia as was the Brooklyn Banks for New Yorker skateboarders before it was closed off. The skateboarding community recently were against the city’s push to put turf over the asphalt in Tompkins Square Park in Manhattan. Over 30,000 people signed that petition because that place meant something to them. Those and many more are the people who do not want this piece of the city to be lost.

Please stop the destruction of the Brooklyn Banks. If a renovation is necessary, it should keep the existing design of the space so that it may serve the groups that have historically used it, such as the skateboarders and BMX riders.

*If you donate, the money goes to change.org to keep petitions in circulation. Donations do not go towards the Brooklyn Banks.*

THANK YOU FOR YOUR SUPPORT! 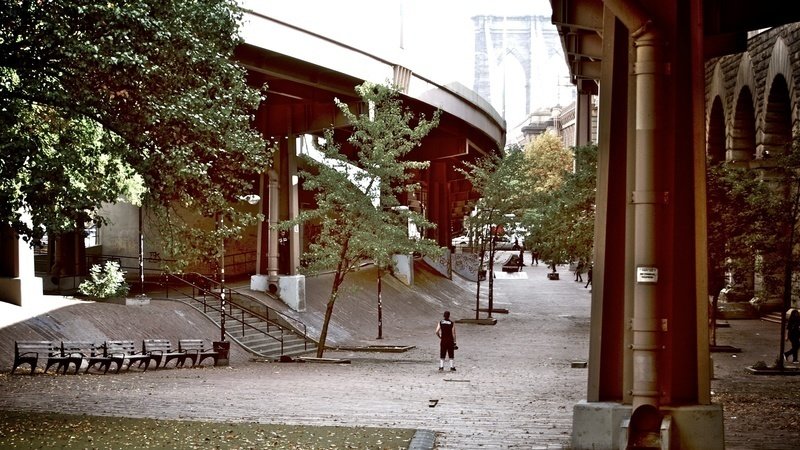 Help out with the mighty Arches DIY in Glasgow!

Elaine will forever be an influence to so many and we will never forget this amazing woman.

Skegness' very own X-Site skatepark have been denied government funding during Covid-19. Click here to help them out!